Buffalo State Asylum for the Insane 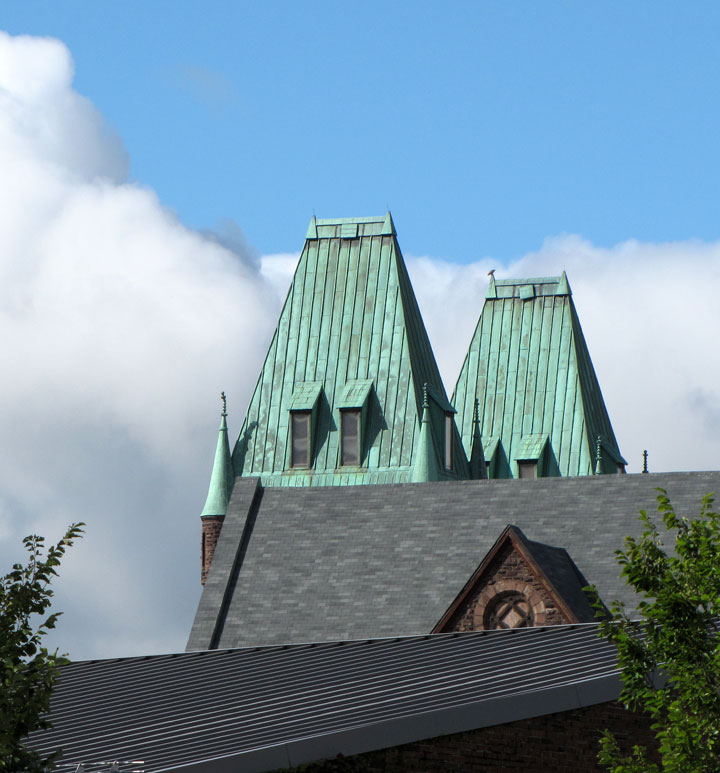 H.H. Richardson Complex is a recently-coined name for the Buffalo State Asylum for the Insane, a large Medina red sandstone and brick hospital that stands on the grounds of the present day Buffalo Psychiatric Center in Buffalo, New York. The official name for the complex (at least technically so) remains as the Buffalo Psychiatric Center (originally Buffalo State Asylum for the Insane, and, later, known as Buffalo State Hospital). It was designated a National Historic Landmark in 1986. 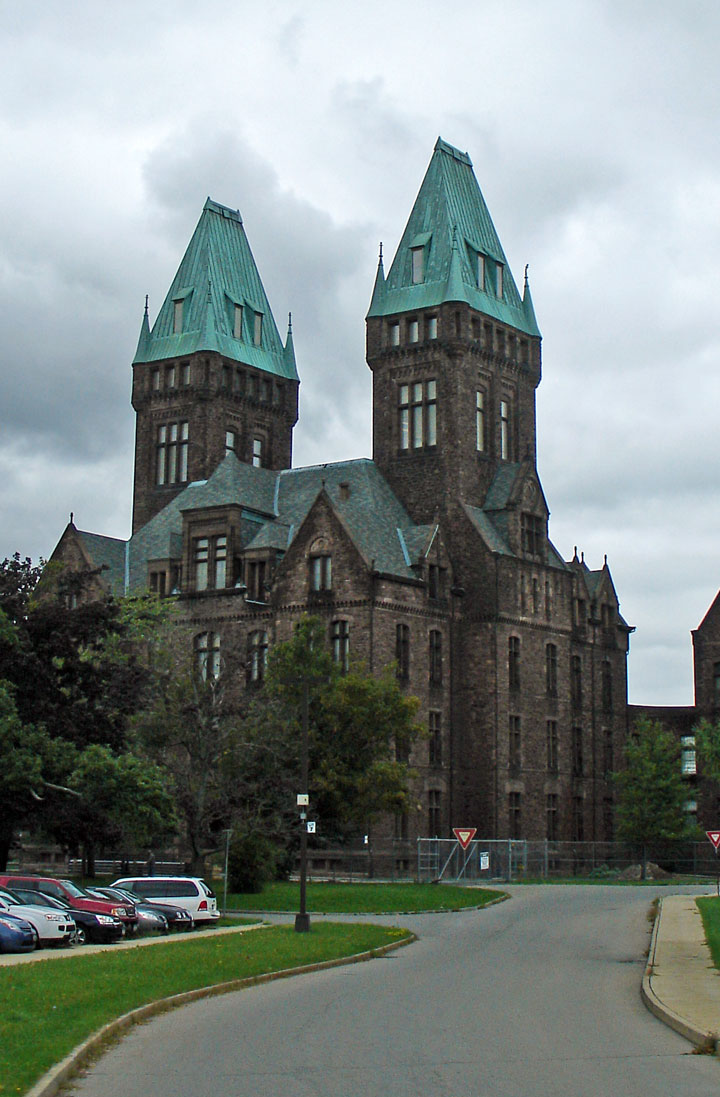 The hospital buildings were designed in 1870 in the Kirkbride Plan by architect Henry Hobson Richardson with grounds by landscape architect Frederick Law Olmsted. The complex consists of a central administrative tower and five pavilions or wards progressively set back on each side, for eleven buildings total, all connected by short curved two-story corridors. Patients were segregated by sex, males on the east side, females on the west. The wards housed mental patients until the mid-1970s. The central administration building was used for offices until 1994. In 1973, the Asylum was added to the National Register of Historic Places and in 1986, it was designated a National Historic Landmark. 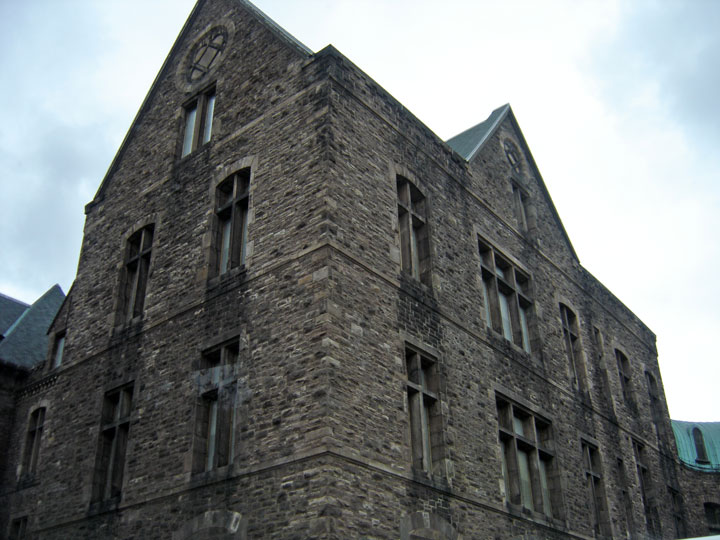 The complex, the largest commission of Richardson's career, marks the advent of his characteristic Richardsonian Romanesque style. It has been the subject of a long-term preservation campaign. Nevertheless, three pavilions on the east side were demolished in the 1970s to make way for newer psychiatric facilities. The grounds north the building have been occupied by Buffalo State College since the 1960s. Meanwhile, extant buildings have been allowed to deteriorate, some dangerously so. 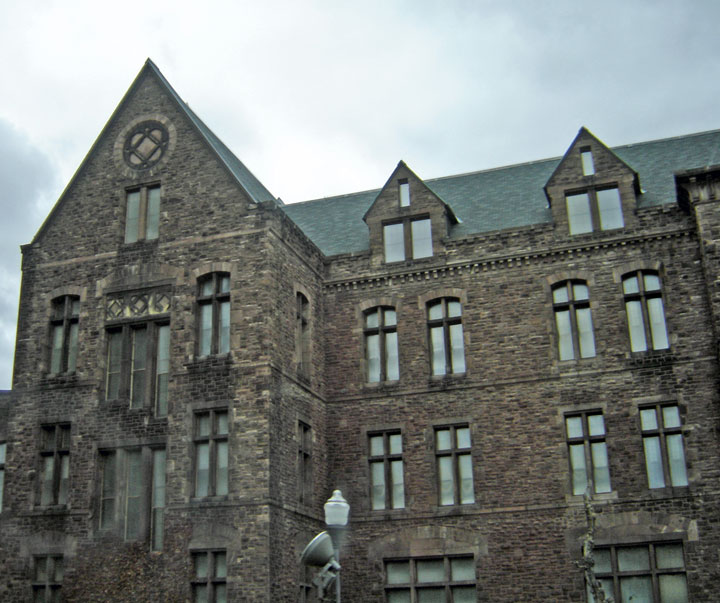 A successful lawsuit filed by the Preservation Coalition of Erie County (renamed Preservation Buffalo Niagara in October 2008) forced the State of New York to commit $100 million to its rehabilitation. As a result, the State established the Richardson Center Corporation to rehabilitate the complex. Their workers have installed a fence surrounding the perimeter of the complex and have sealed or fenced all ground-level entrances to the complex, to protect it from vandals. A highly trained Peace Officer is on duty at all times to conduct regular patrols of the area to prevent and deter crime. Local volunteers maintain spotlights on the central towers, providing dramatic illumination at night. 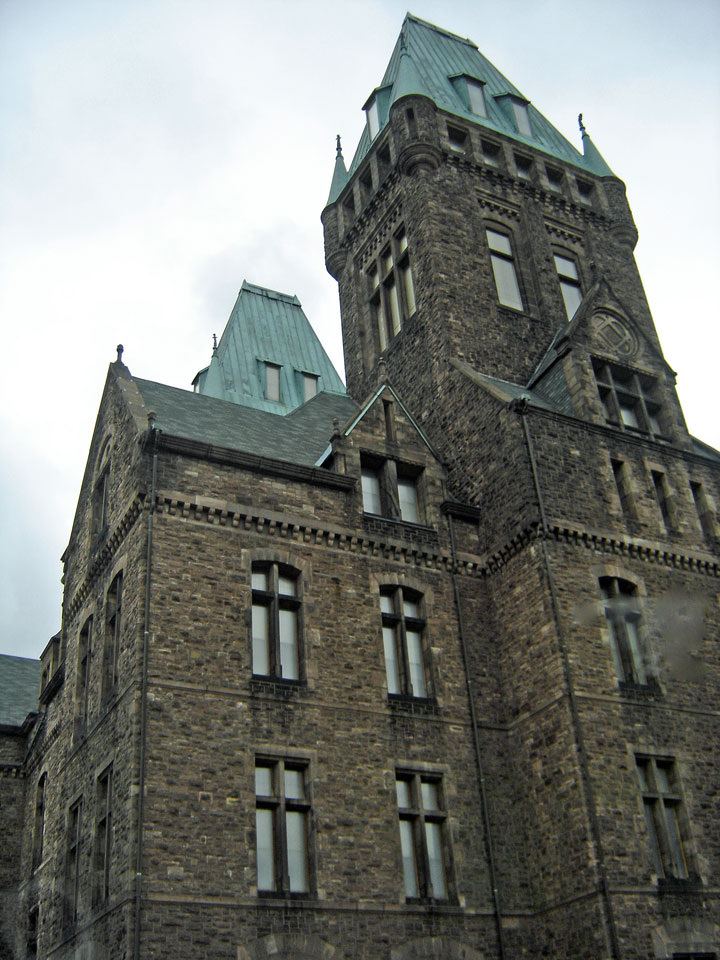 At a public meeting in November 27, 2007, the Richardson Center Corporation presented updates on the progress of the project, including a finished Historic Structures Report, which offers a detailed analysis of structural and physical conditions at the complex. 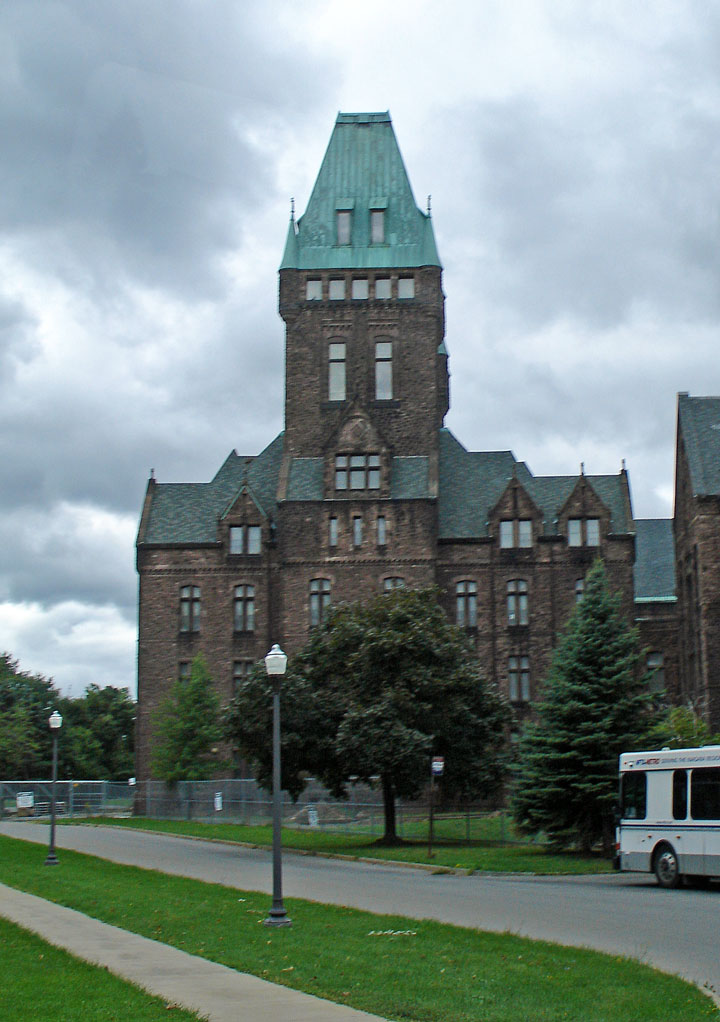 On March 5, 2008, initial repairs were begun on the most severely damaged buildings, including the roof and down-spouts.. Further repairs—stabilizations for Building 43, roof repairs for Buildings 10 & 45, and stabilization of the corridor linking buildings 39 & 40, which is currently so damaged that one sees straight through the corridor in places—are underway.

On April 10, 2010 a two-alarm fire was in progress as reported by WIBV Channel 4 in Buffalo. The cause of the fire was under investigation. Damage was estimated at $200,000. 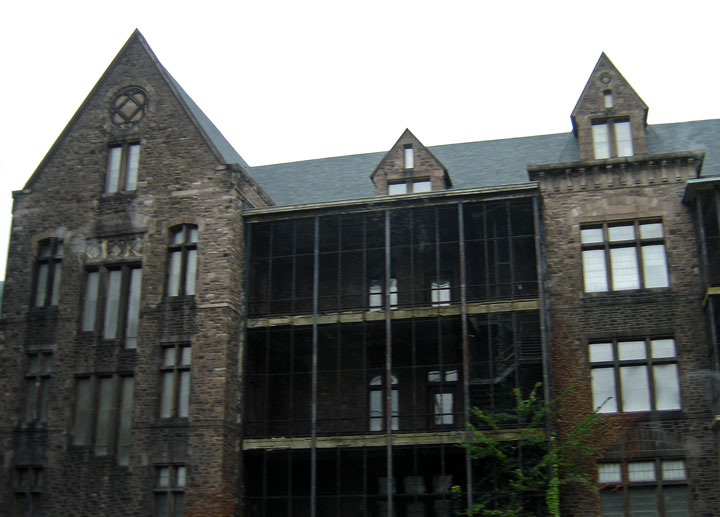