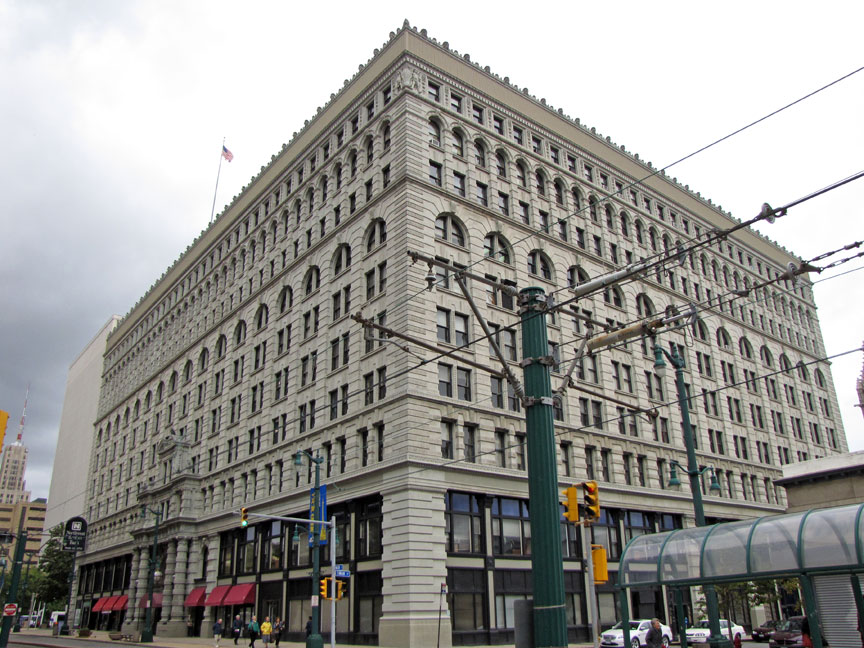 The Ellicott Square Building is an office complex in Buffalo, New York, USA. It was designed by Charles Atwood of D. H. Burnham & Company, and completed in May, 1896. At the time of its completion, it was the largest office building in the world. In 1896 and 1897, the building was the site of Edisonia Hall and the Vitascope Theater, which is the earliest known dedicated motion picture theater in the world. 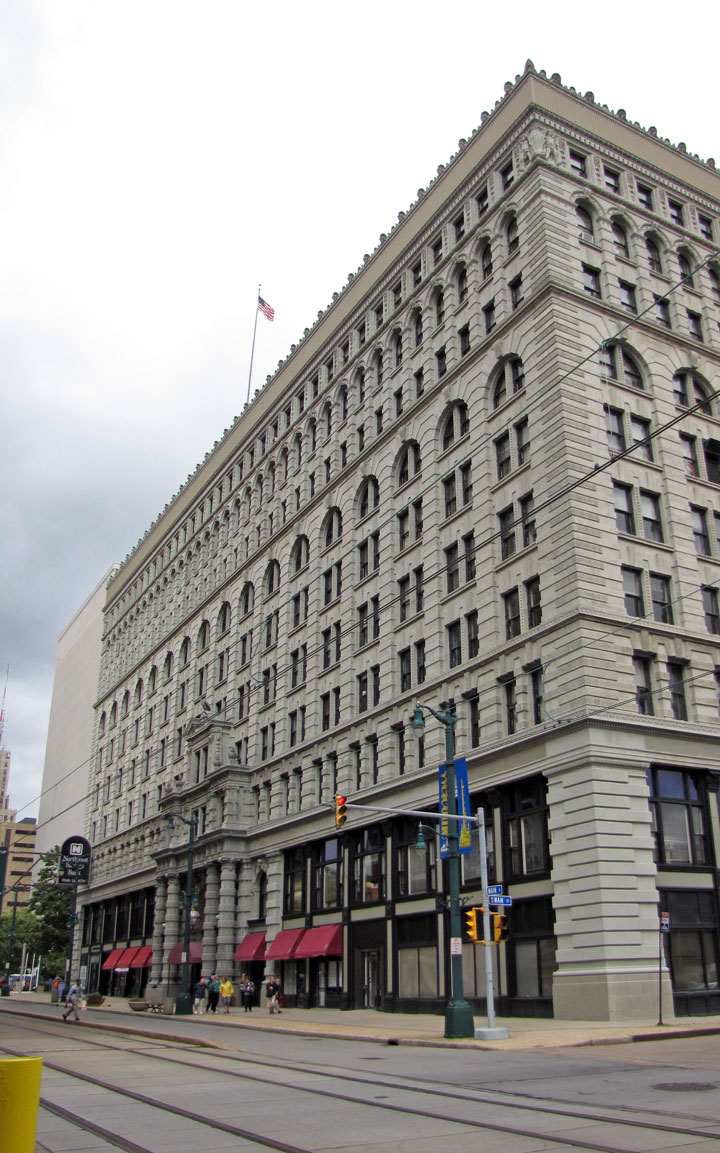 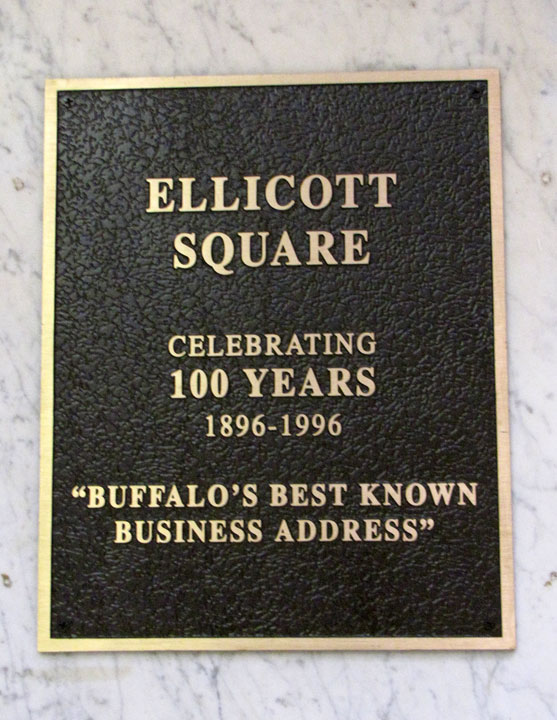 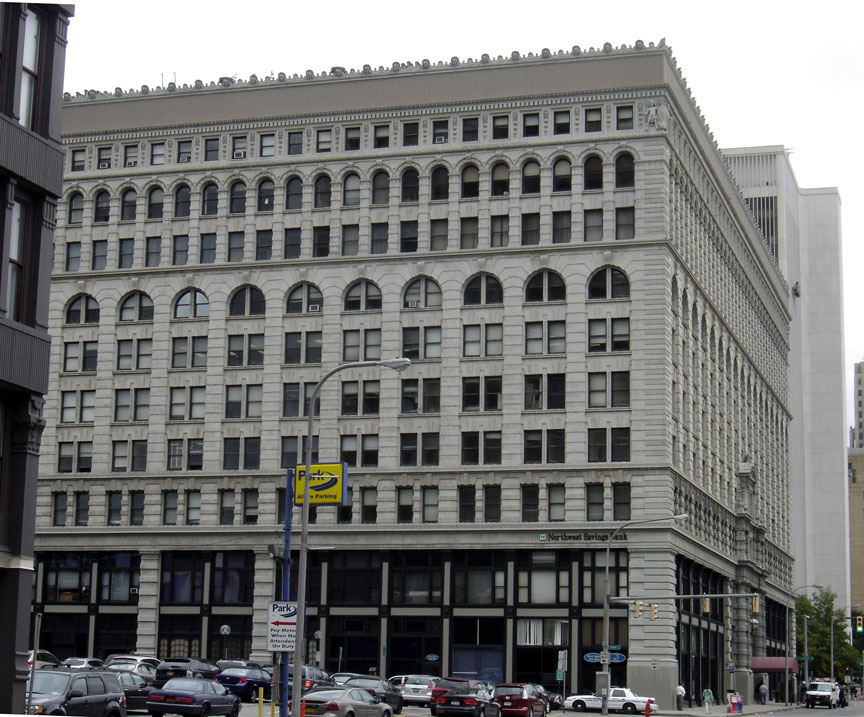 At 10 stories high – with the capacity to support 10 more floors – and 500,000 square feet (46,000 m2), the Ellicott Square Building was the largest office building in the world for the sixteen years after it opened in 1896. It was built at a cost of $3.5 million in less than one year. The building was named after Joseph Ellicott, the planner and surveyor who laid out the then-village of Buffalo. 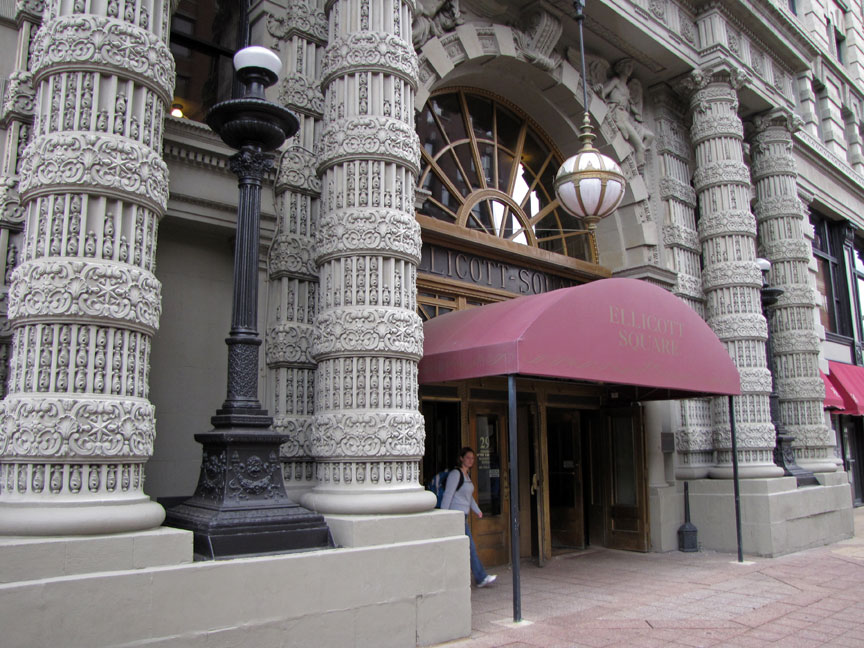 The mantra of architect Daniel Burnham was "make no little plans, they have no magic to stir men’s blood; think big." Built in the Italian Renaissance style, the exterior of the Ellicott Square Building is made of granite, iron and terra cotta with a veneer of pearl gray brick. The majestic interior courtyard contains a marble mosaic floor designed by William Winthrop Kent and James A. Johnson. Imported from Italy, the 23 million pieces of marble on the mosaic depict sun symbols from civilizations around the world. The interior court resembles that of the Rookery Building in Chicago. 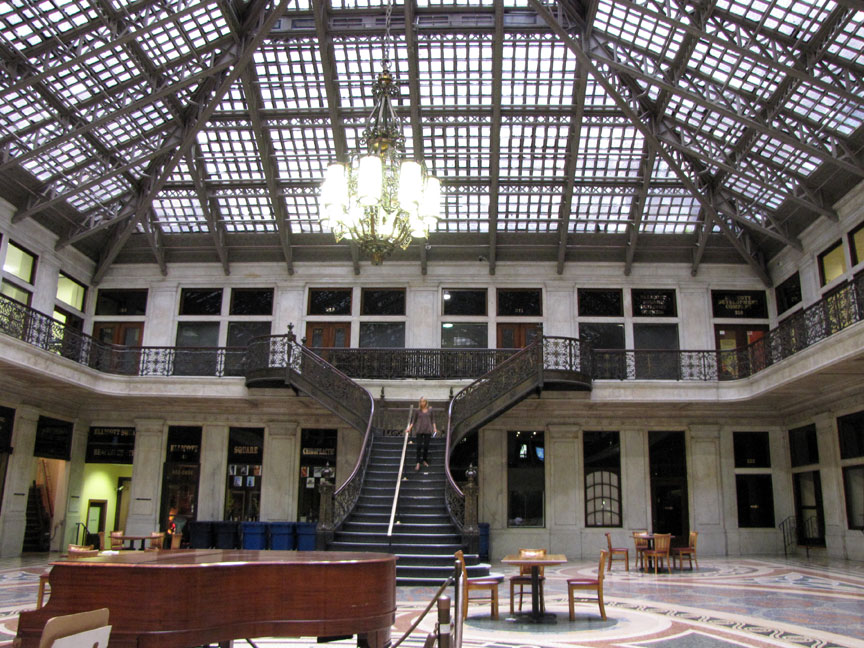 There are broad stairs on either side and a glass roof in an ornamental steel frame provides natural light. The building features ornate glove lamps, intricate columns, carefully proportioned classical features gracing doorways, marble and brass to trim iron and stone. 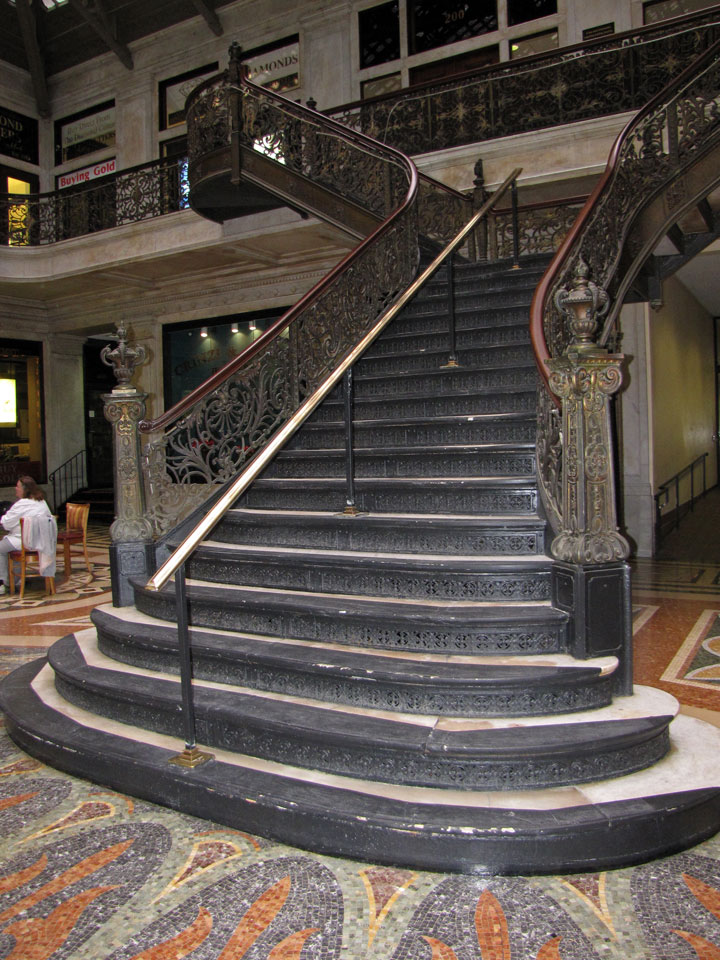 The beautiful lobby of the Ellicott Square Building remains a favorite gathering spot for political rallies, weddings and social functions. In 1984 it was used for hotel scenes in the movie The Natural. 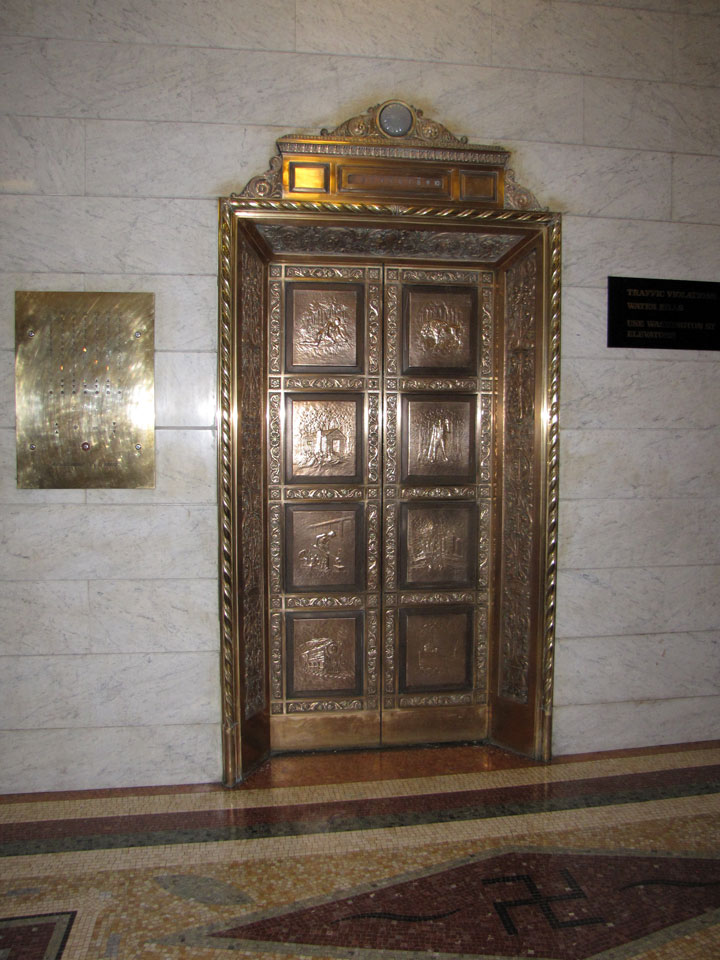 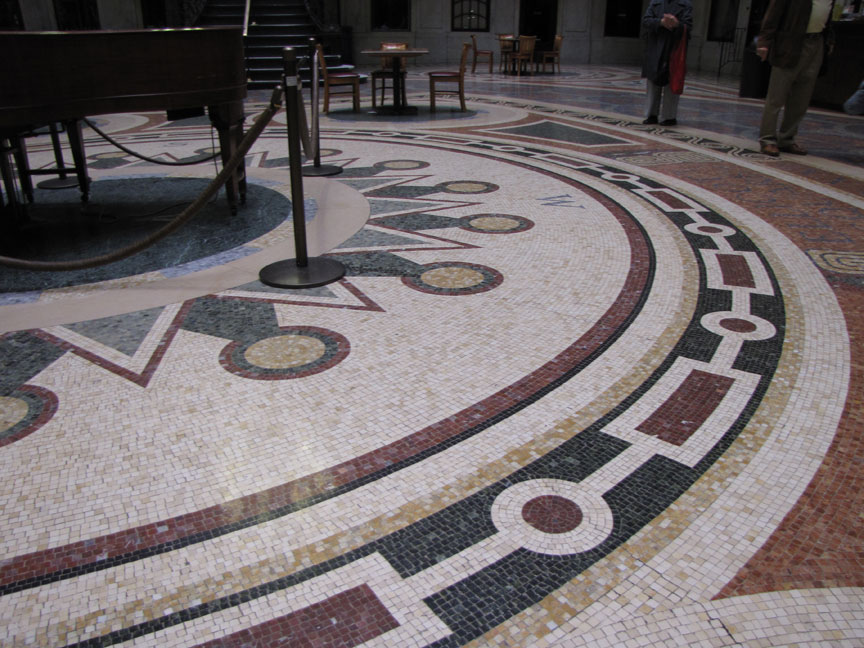 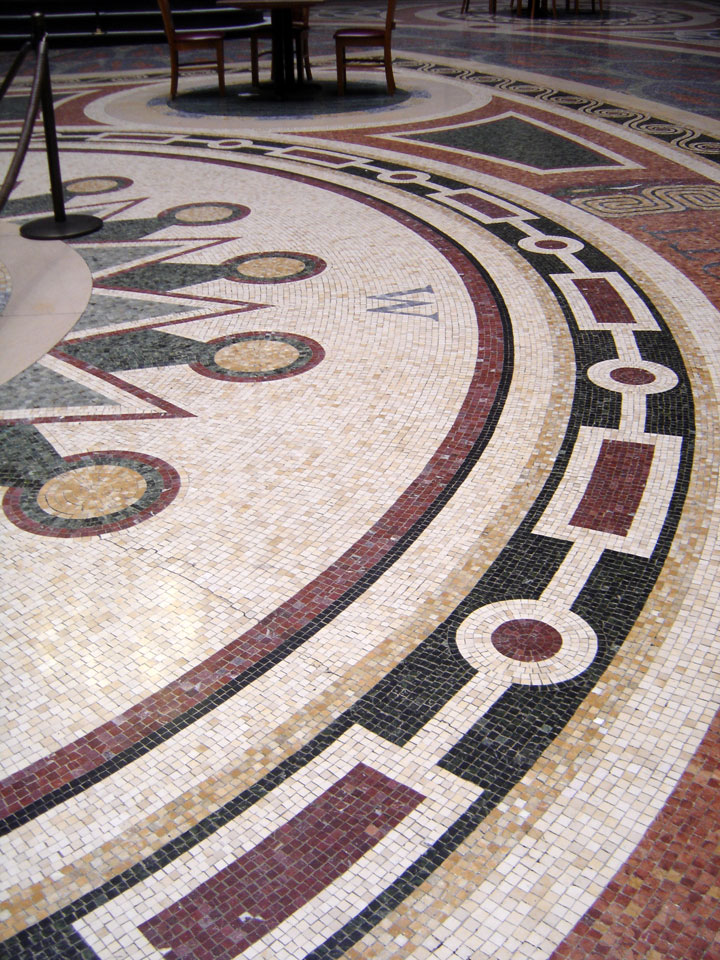 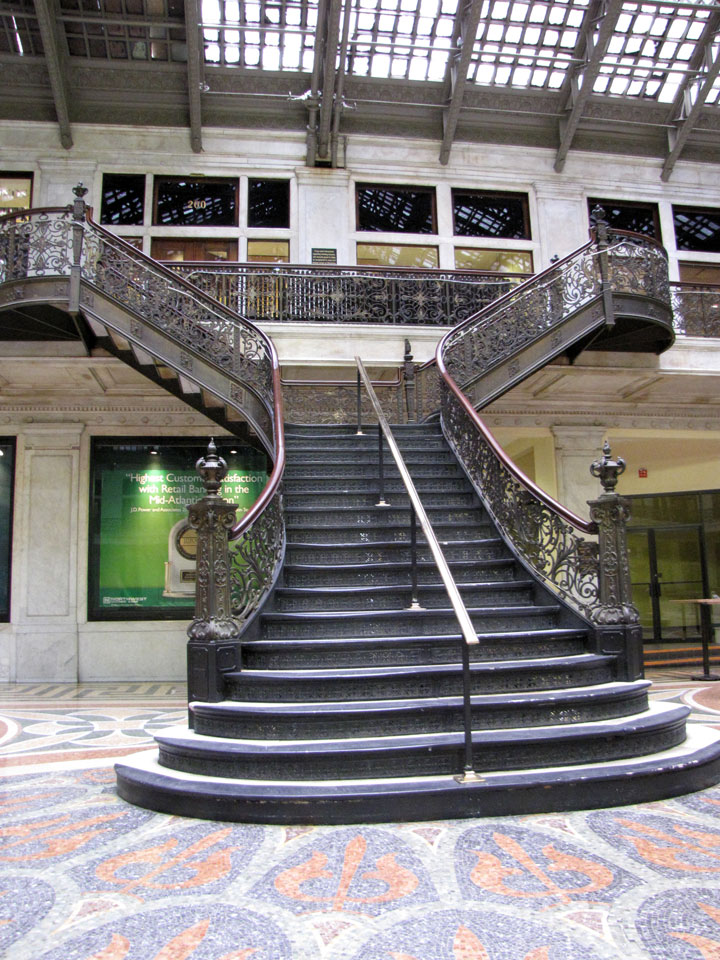 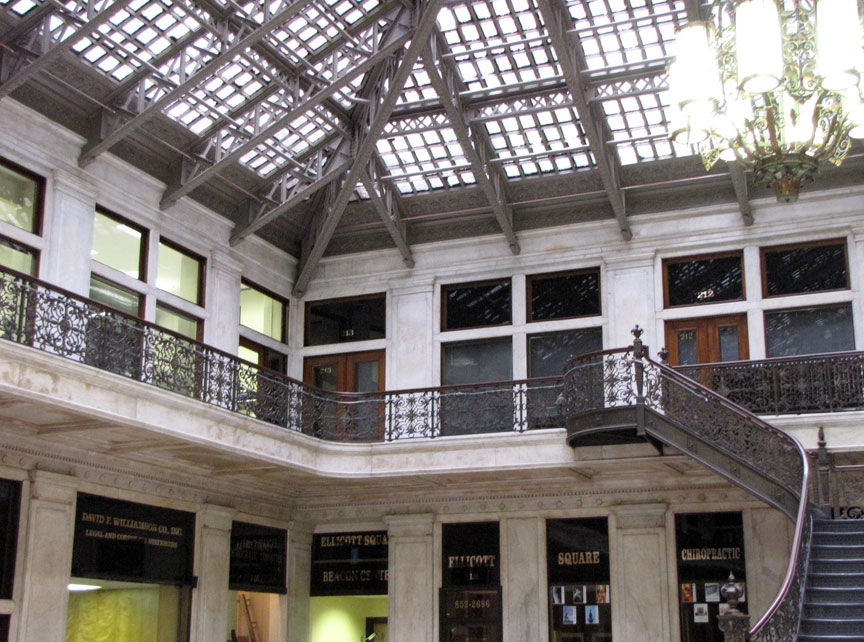 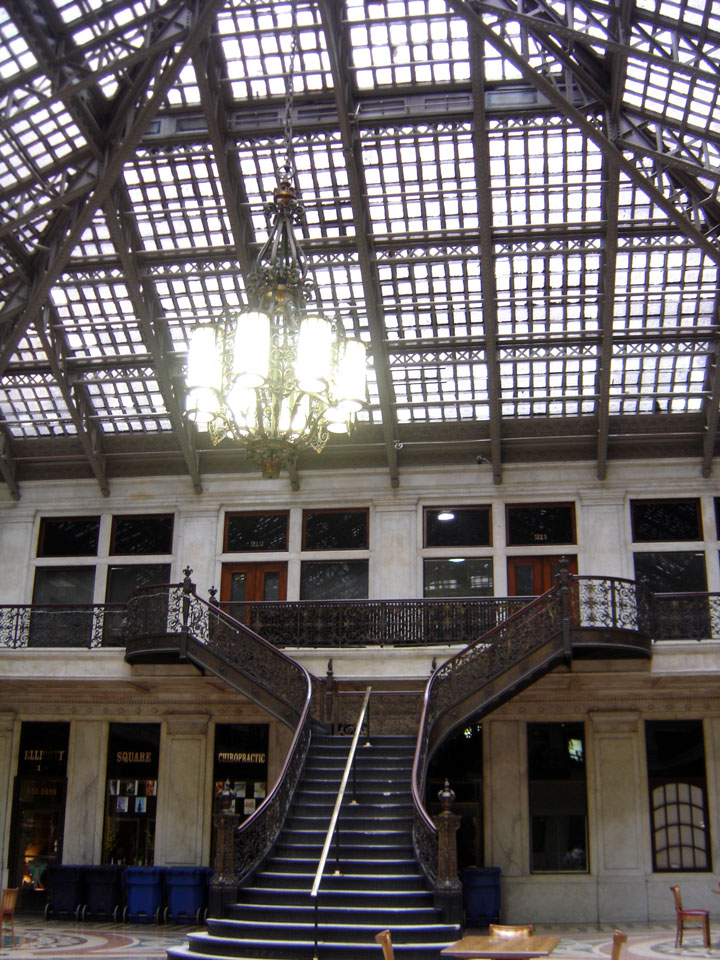 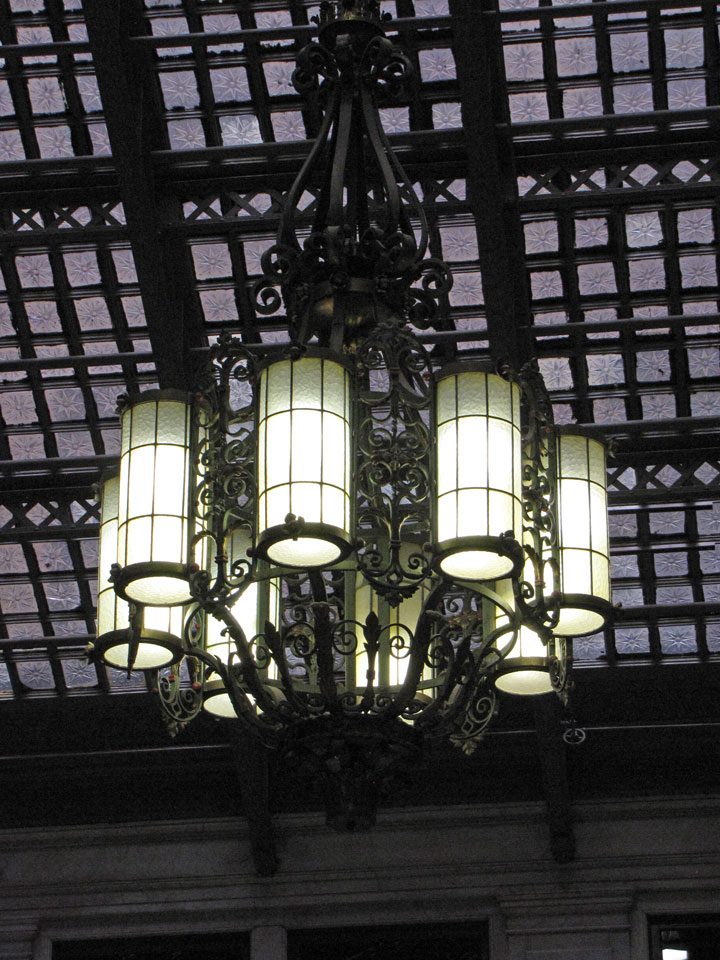 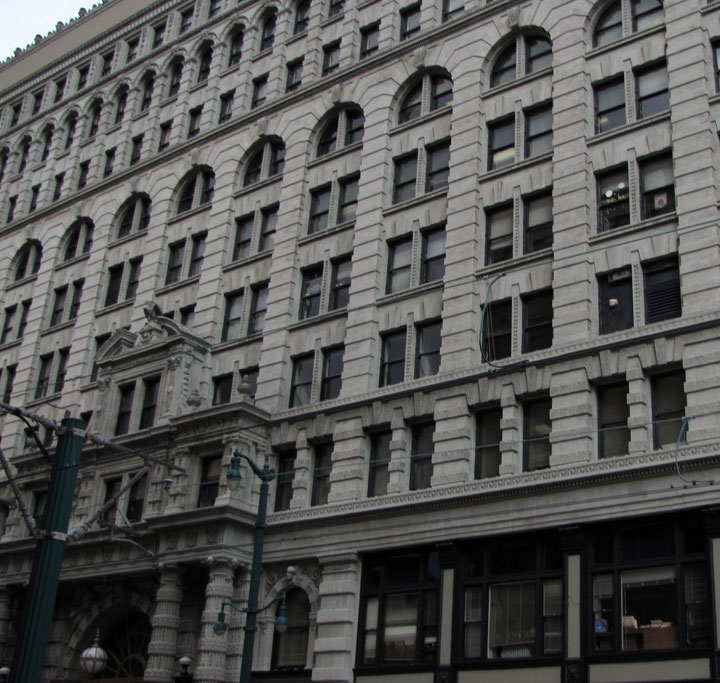