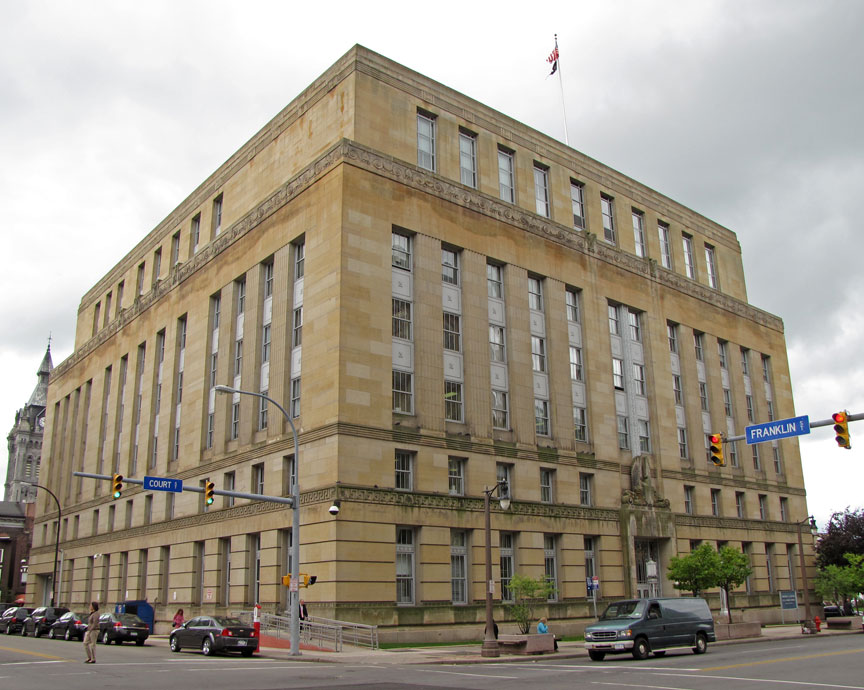 Lafayette Square (formerly Court House Park or Courthouse Square) is a park in the center of downtown Buffalo, Erie County, New York, United States that hosts a Civil War monument. The block, which was once square, is lined by many of the city's tallest buildings. The square was named for General Lafayette, who visited Buffalo in 1825. 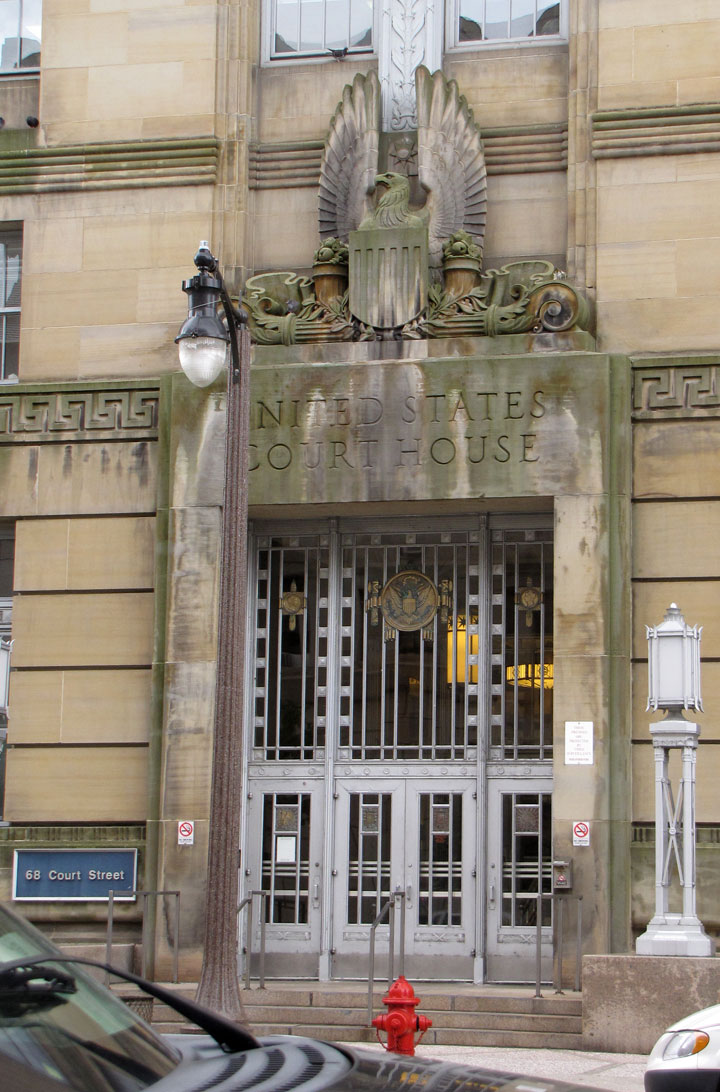 The square was part of the original urban plan for the city as laid out by Joseph Ellicott in 1804. Its eastern edge has long been defined by important civic structures; first, the Erie County Courthouse, followed by the original Buffalo & Erie County Public Library. Presidential history was made in Lafayette Square when former United States President Martin Van Buren received the Free Soil Party nomination for the 1848 election. President-elect Abraham Lincoln also spoke at the square. 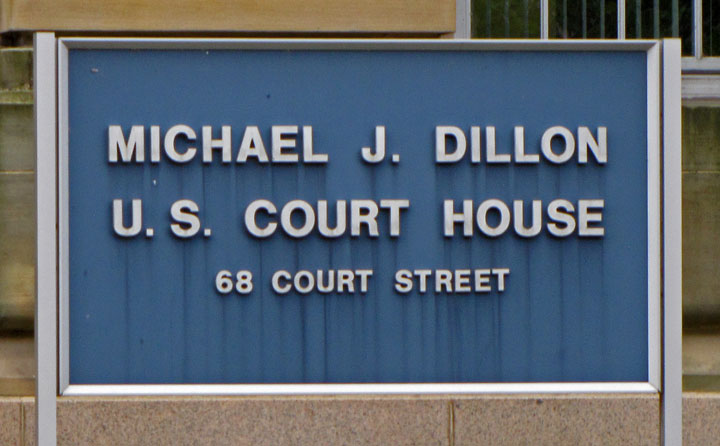 Today, the square offers a clear view of Buffalo City Hall, an Art Deco building three blocks to the west. A granite Civil War monument, titled Soldiers and Sailors, gives a strong vertical and ceremonial definition to the space. Conceived by Mrs. Horatio Seymour, the monument's dedication ceremony was attended by Grover Cleveland and other prominent figures. Today, Lafayette Square hosts the annual Thursday at the Square summer concert series and is occasionally the site of rallies and demonstrations. 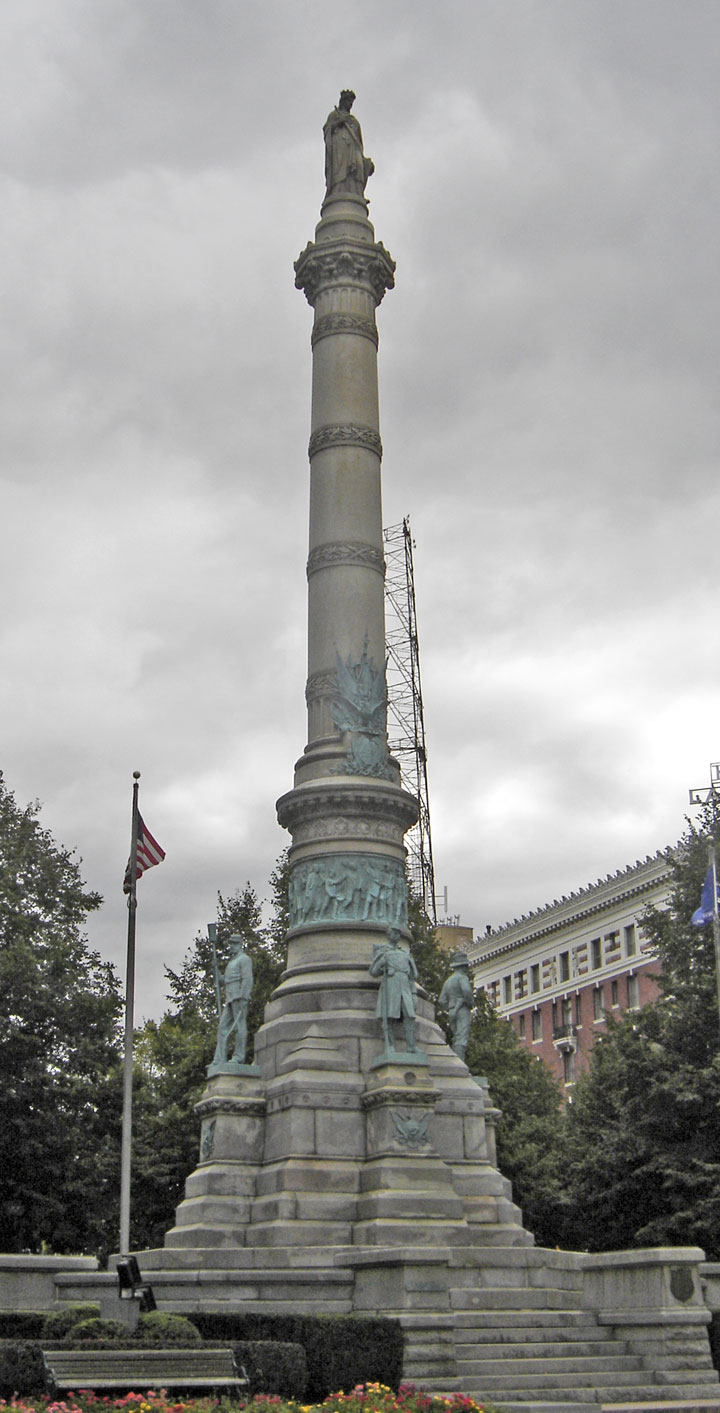 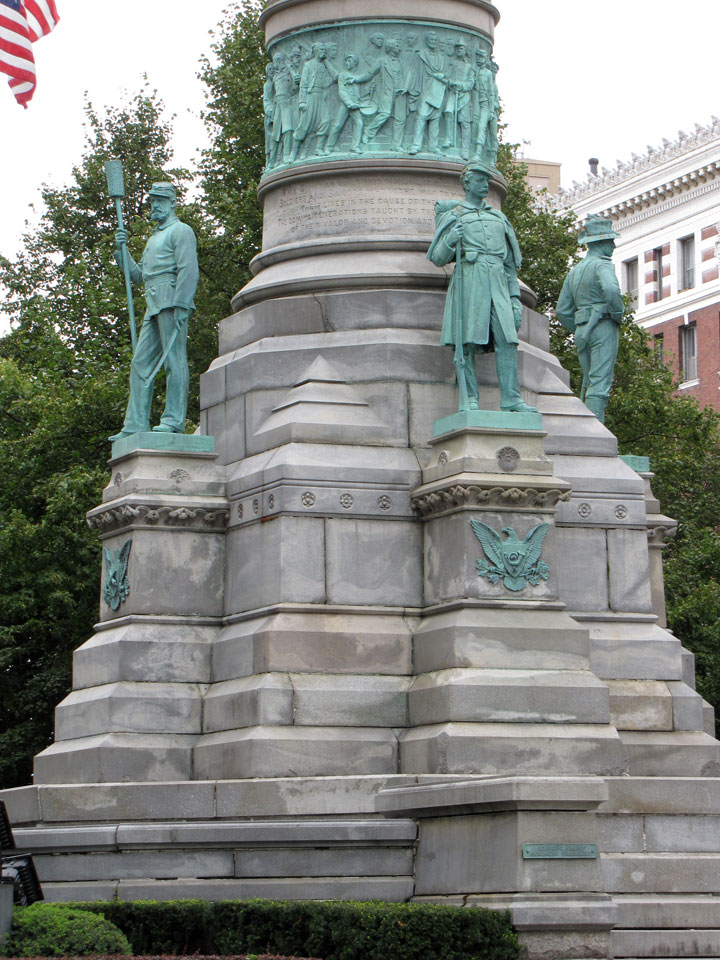 Lafayette Square is one of three squares laid out in Joseph Ellicott's city plan. The square is located three blocks east of Niagara Square and is the second most important space in downtown Buffalo. The block is surrounded by the Niagara Frontier Transportation Authority's Metro Rail light rail rapid transit to the west, which runs above-ground along Main Street in what is called the Free Fare Zone, Washington Street to the east, Lafayette Square to the north (a one-way westbound continuation of Broadway Street) and Lafayette Square to the south (a one-way eastbound connection to Clinton Street). 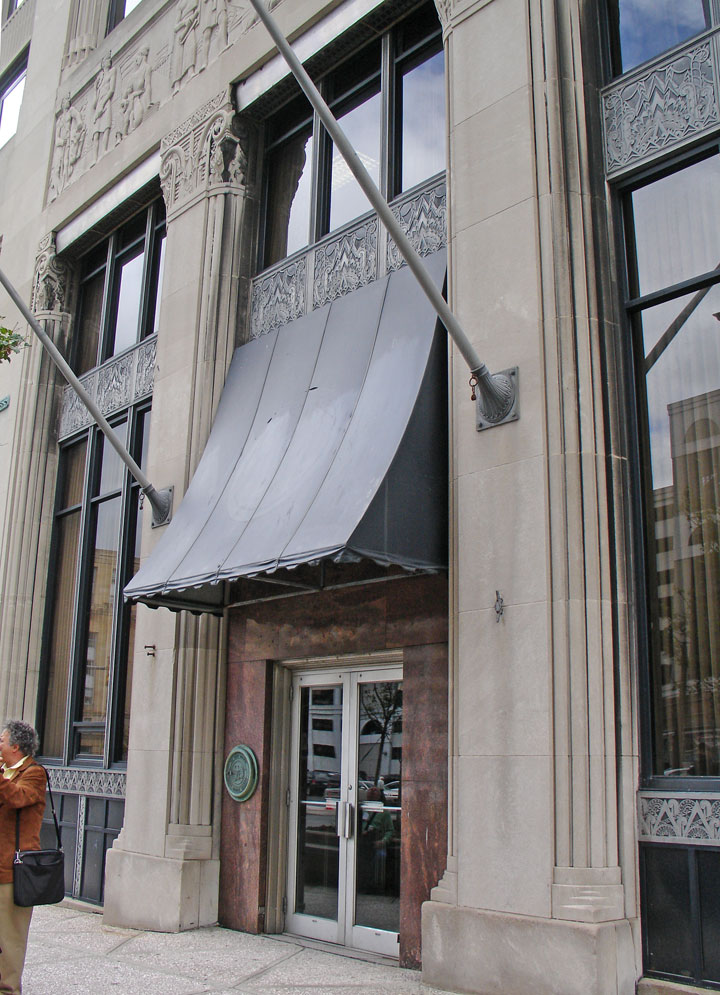 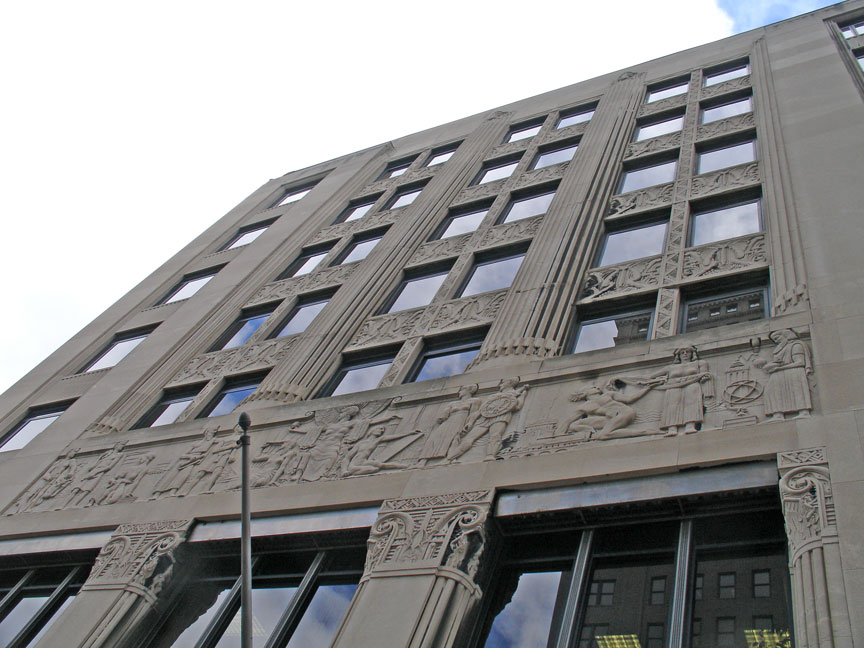 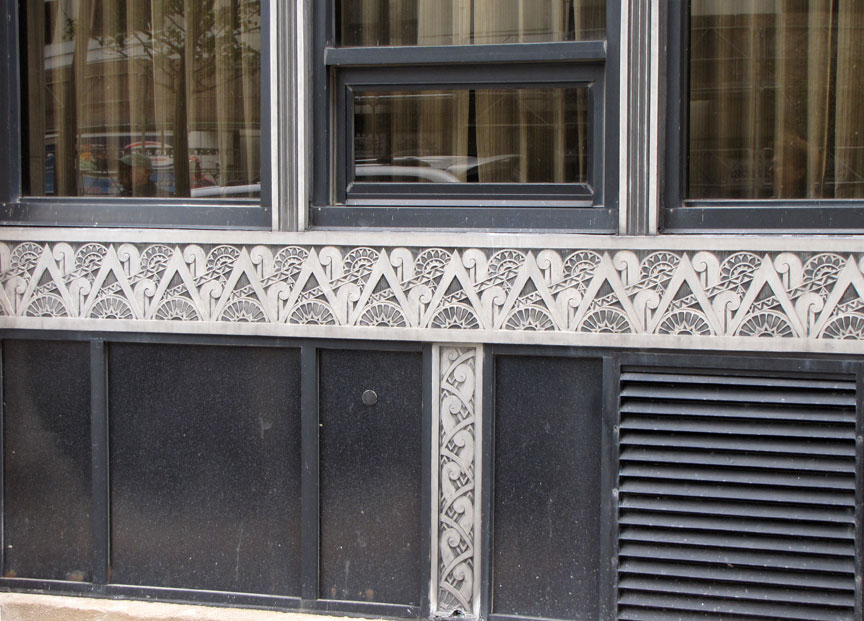 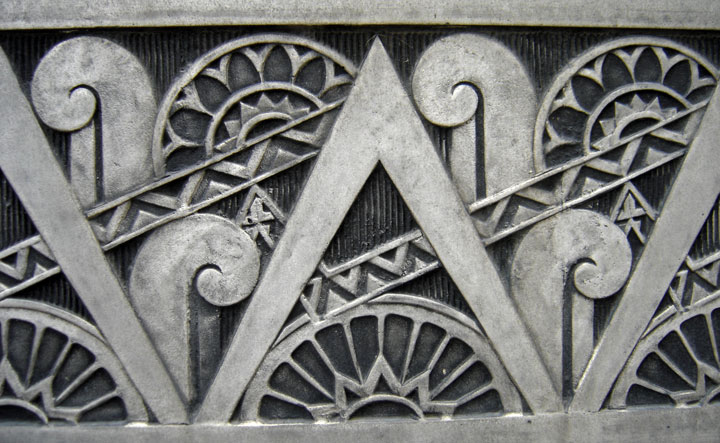 Buildings flanking the square include the Liberty Building, the Main Court Building, 10 Lafayette Square, the Rand Building (14 Lafayette Square), and the Buffalo & Erie County Public Library (One Lafayette Square). The south side of the square hosts two historic buildings: the 300-room Lafayette Hotel, designed by Louise Blanchard Bethune in 1904; and the Brisbane building, designed by Milton E. Beebe and erected by James Mooney and James Brisbane in 1894–5. The corner north of the current library and northeast of the square once hosted the Buffalo Savings Bank building that was demolished in 1922 and now hosts a parking lot. 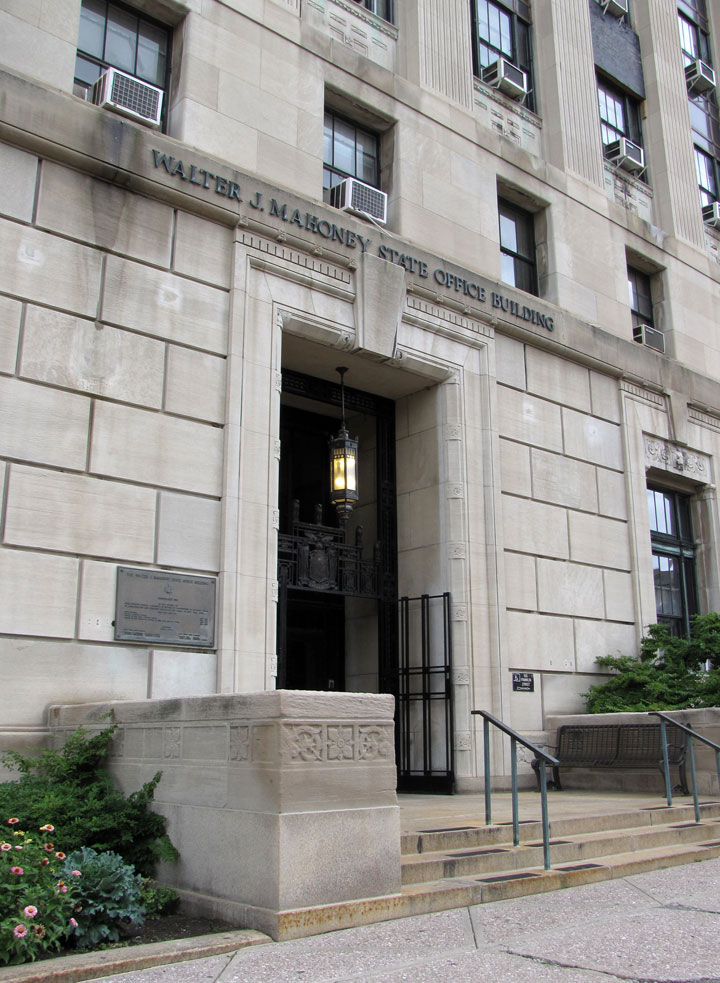 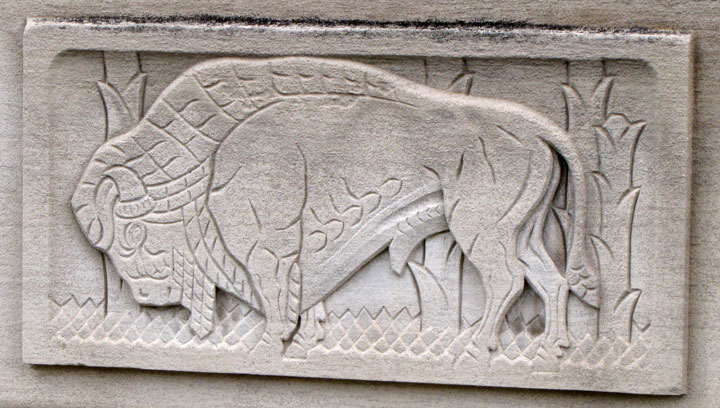 The square once was surrounded by an iron fence that was no longer present by 1905. By the 1860s, the square was a heavily wooded park. In 1876-7, trees that lined the square along main street were removed. 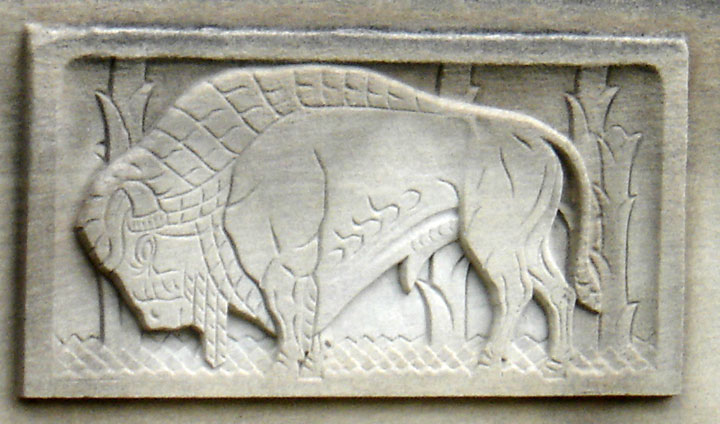 Lafayette Square was the last park in the heart of the city, but the commercialization of the downtown area caused vehicular space demands. The original park like square was originally viewed by urban planners as an impediment to cross-town traffic. In 1912, the Buffalo Common Council authorized the extension of Broadway Avenue to Main Street through Lafayette Square, which reduced the size of the square "to devote to street purposes all that part of the Square except for a small circle around the Soldiers and Sailors Monument." The square has since been redeveloped a few times and is now more of a thoroughfare than a park. In 1920, the square circumscribed a vehicular circle with the monument in the center surrounded by sidewalks and grass. 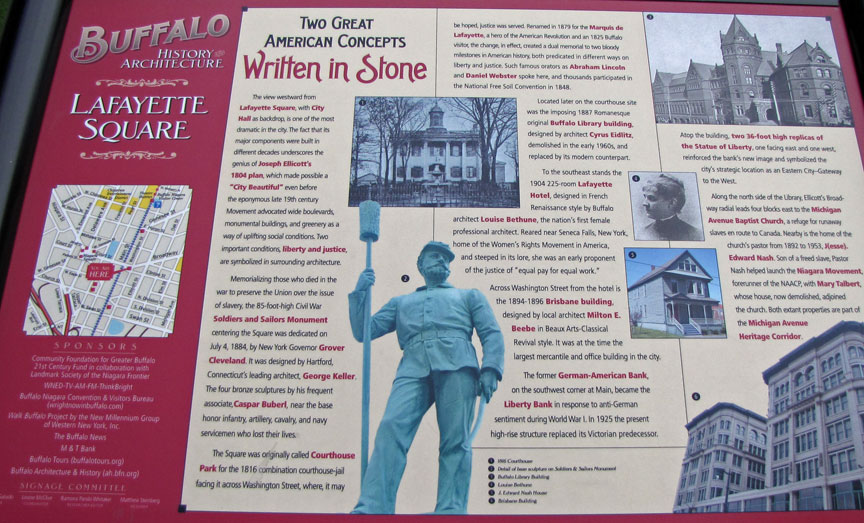 The monument's shaft supports a 10-foot-6-inch (3.2 m) female figure, and four 8-foot (2.4 m) bronze statues, representing the infantry, artillery, cavalry and navy, sculpted by Caspar Buberl, which face the four cardinal points. Bronze bas-reliefs encircle the column above the statues. The female figure is an allegorical figure representing the Union. By the time of the 1979 report for the Mayor's Committee on the Arts and Cultural Affairs, two plaques were missing from the monument. 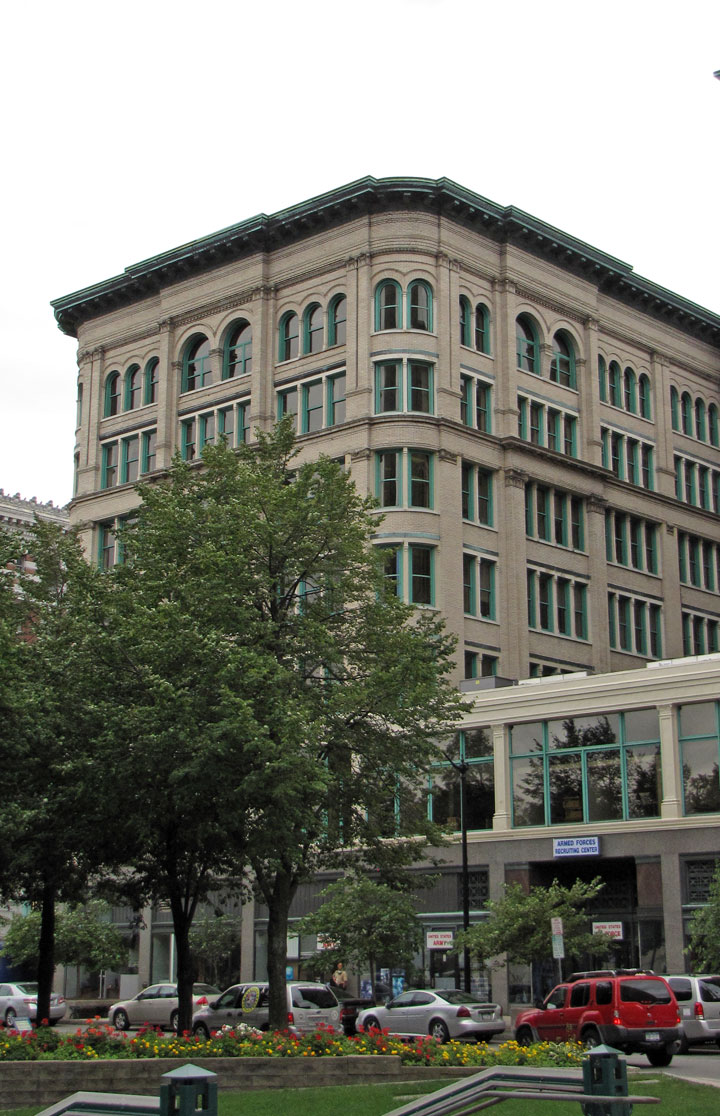 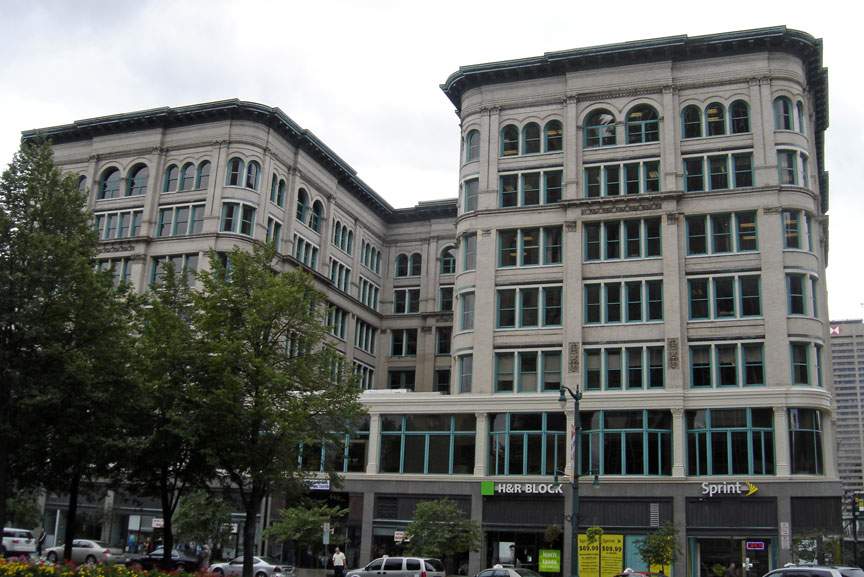 The dedication on the west (Main Street) side honors those who laid down their lives "in the war to maintain the union for the cause of their country and of mankind." Half of Abraham Lincoln's Gettysburg Address graces the east side of the monument. Several bas-relief panels feature scenes of Lincoln's original cabinet: Treasury Secretary Salmon Chase, Secretary of State William H. Seward, Attorney General Edward Bates, Postmaster General Montgomery Blair, Secretary of the Interior, Caleb Smith, Secretary of the Navy Gideon Welles, Major General Winfield Scott, and Secretary of War Simon Cameron. 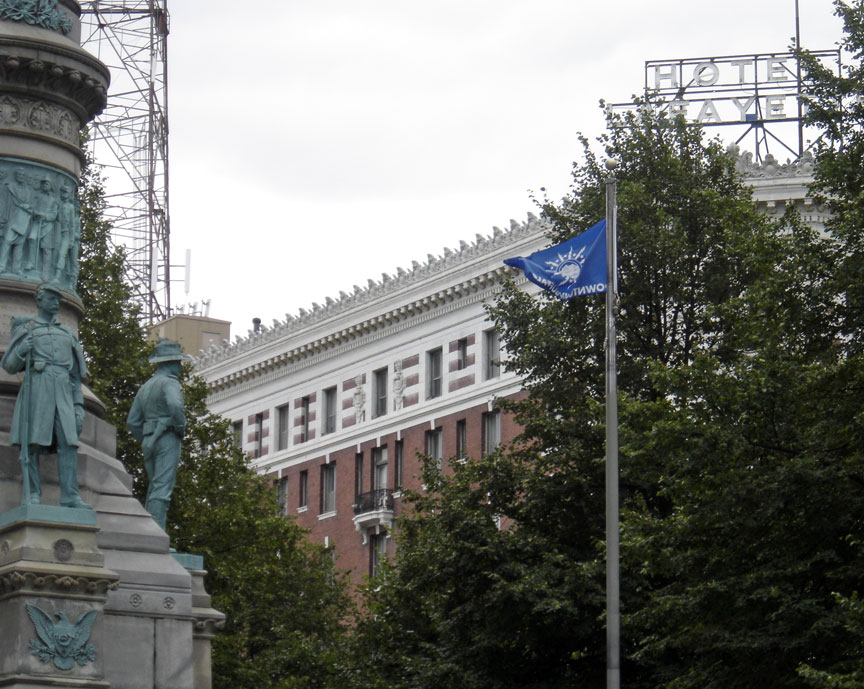 looking toward the Lafayette Hotel 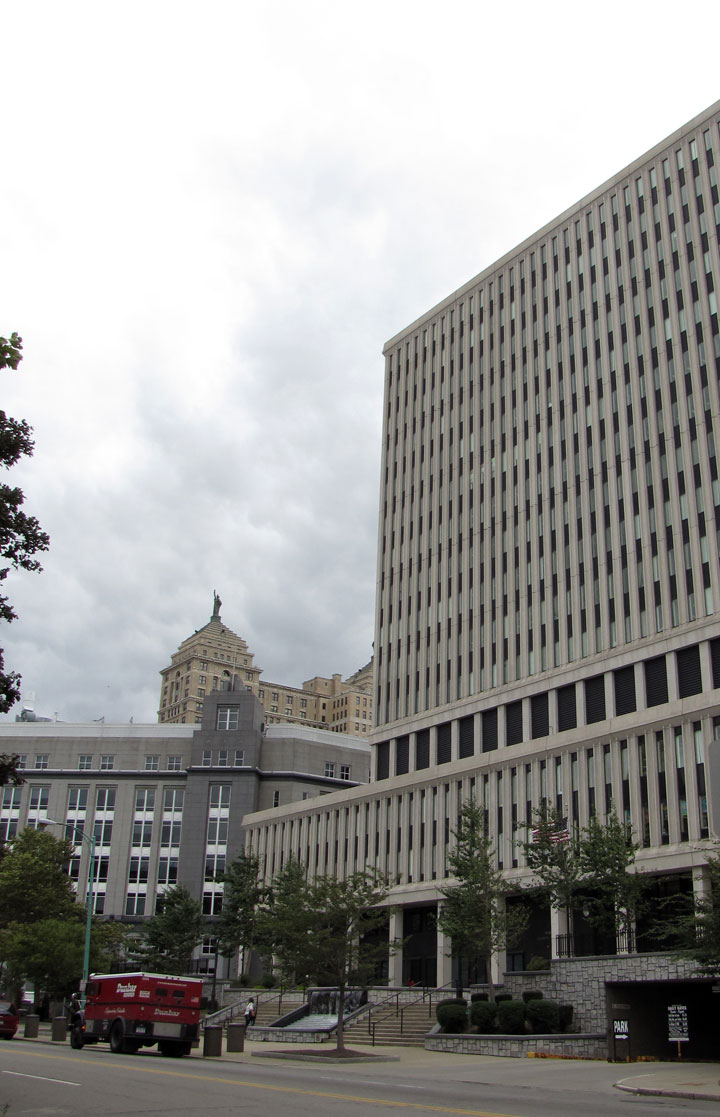