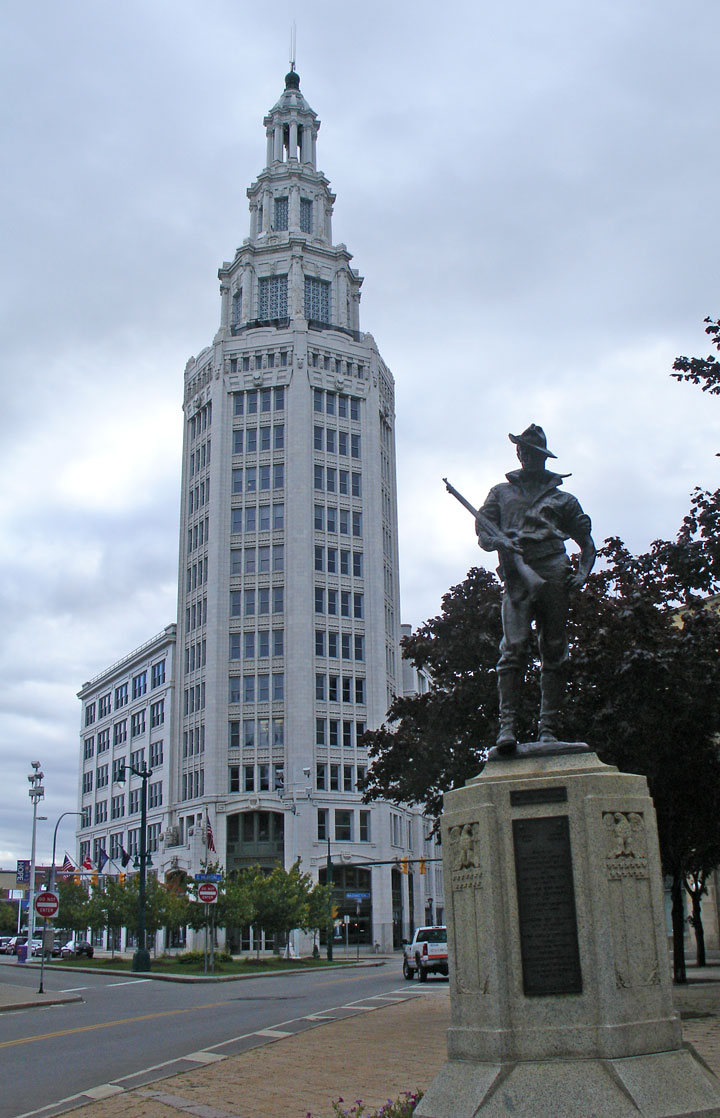 Electric Tower, or General Electric Tower, is a historic office building and skyscraper located at Buffalo in Erie County, New York. It is the seventh tallest building in Buffalo. It stands 294 feet (89.6 m) and 13 stories tall and is in the Beaux-Arts Classical Revival style. It was designed by James A. Johnson and built in 1912. Additions were made in 1923 and 1928. Inspired by the electric tower at the Buffalo Pan-American Exposition, the white terra-cotta clad was originally built as the Niagara Mohawk Building and features an octagonal tower which steps back three times to terminate in a large lantern. It is also known as Iskalo Electric Tower. 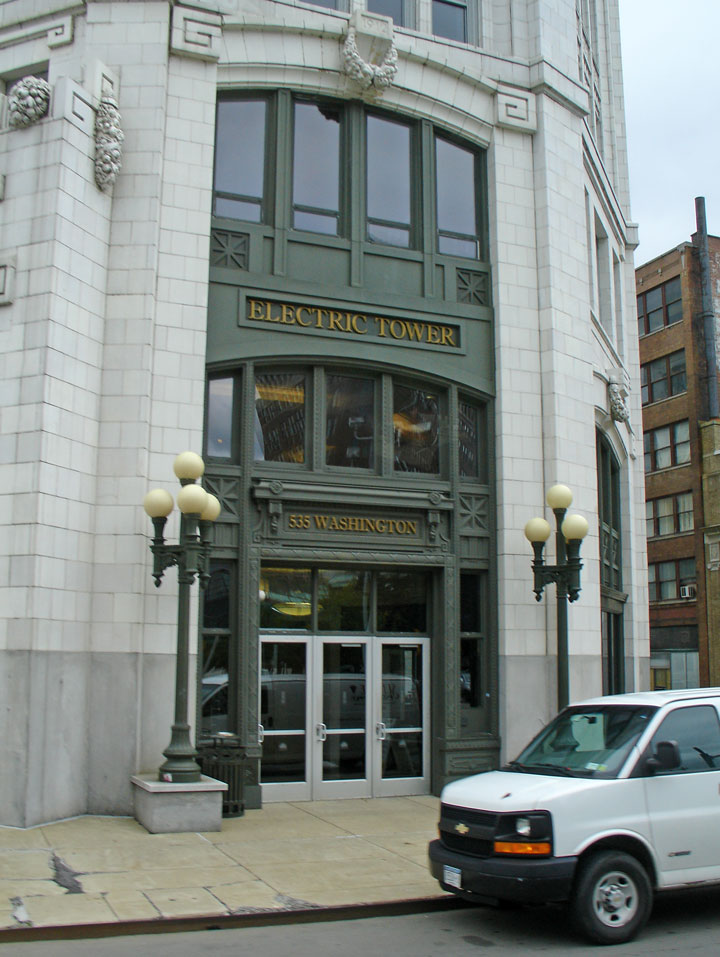 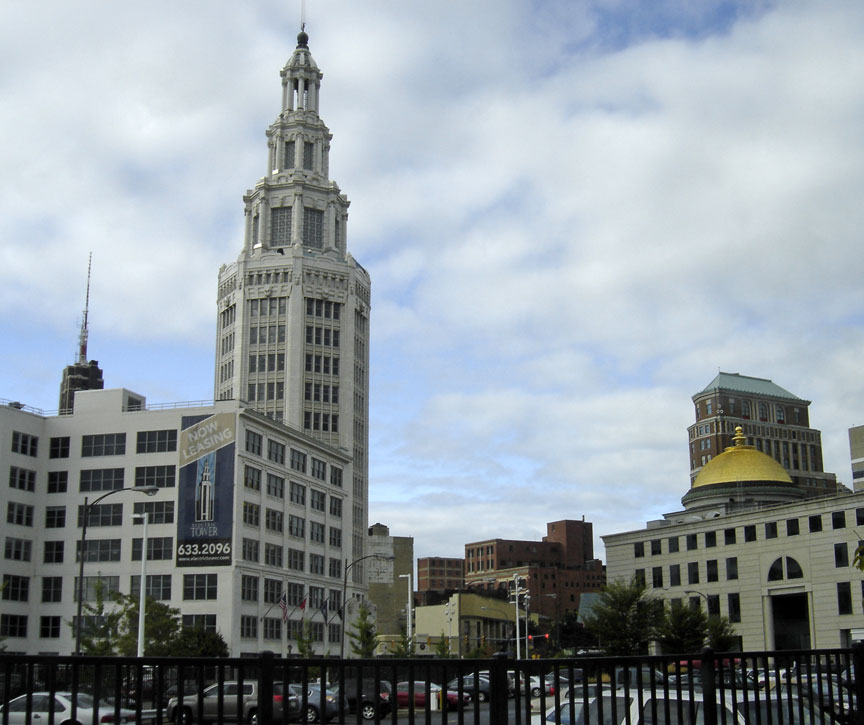