Syracuse (New York), city in central New York and seat of Onondaga County. It sits at the south end of Lake Onondaga, where the Lake Plain region meets the Allegheny Plateau. Syracuse is a commercial, distribution, manufacturing, and cultural center situated in an agricultural and resort area. Major manufactures include electrical, air conditioning, and transportation equipment. Air transportation is through Syracuse Hancock International Airport. 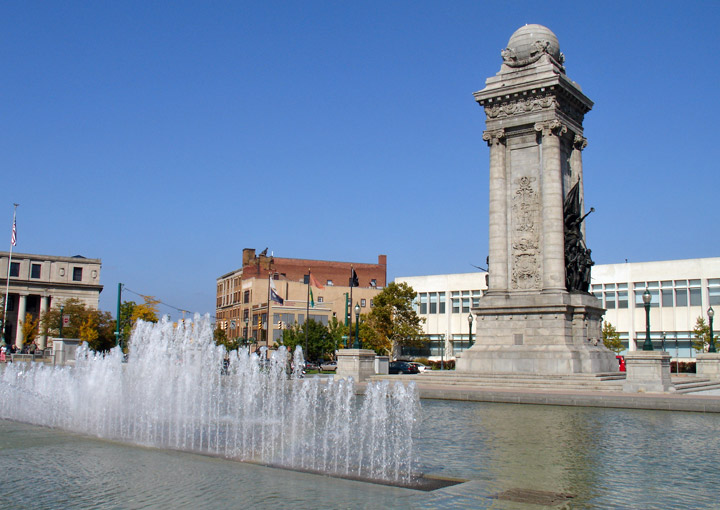 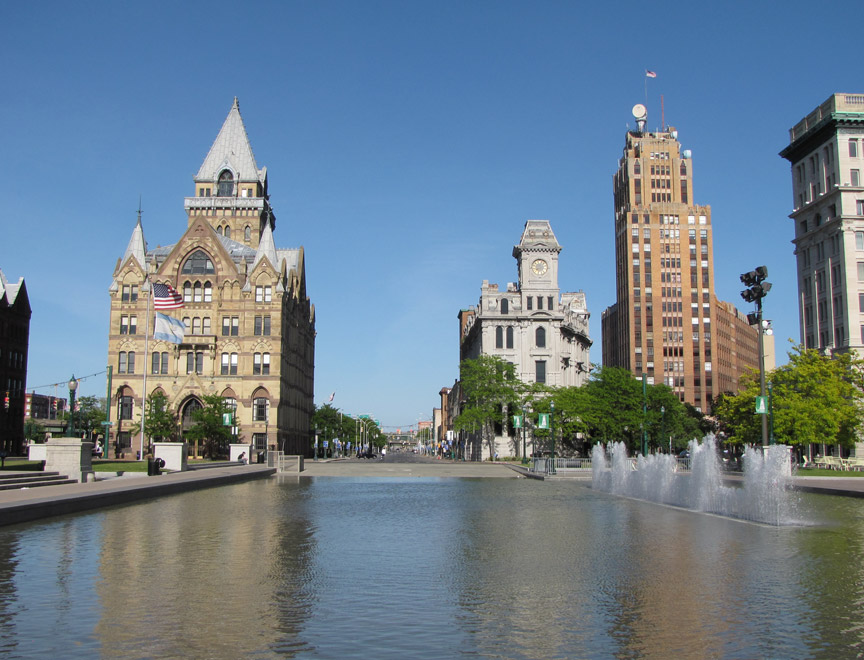 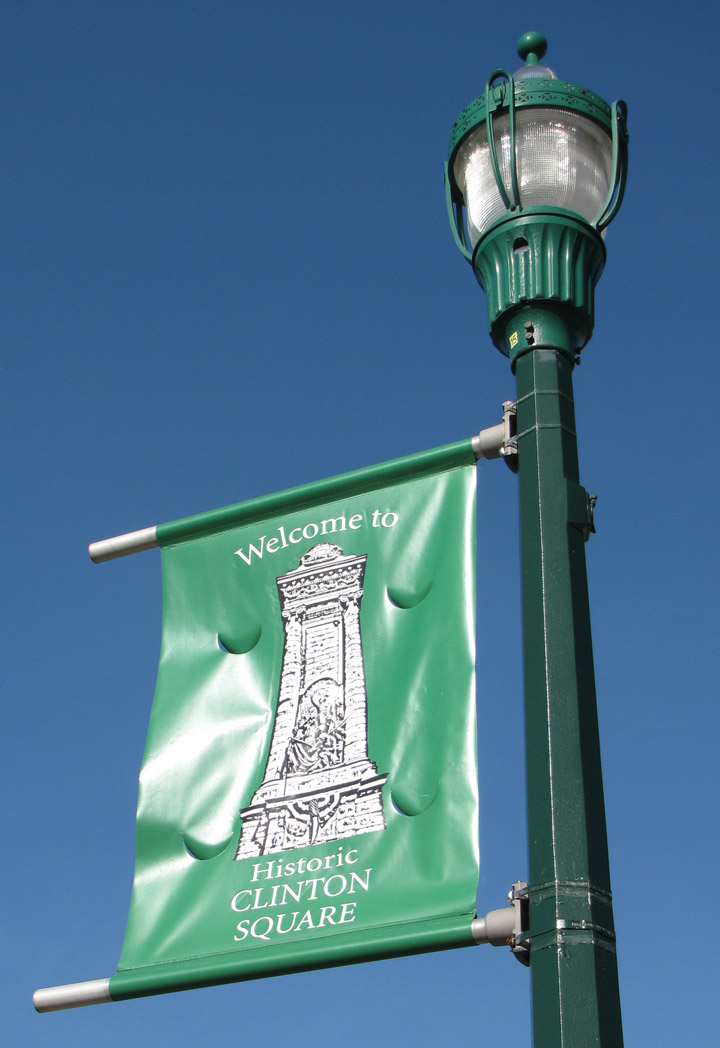 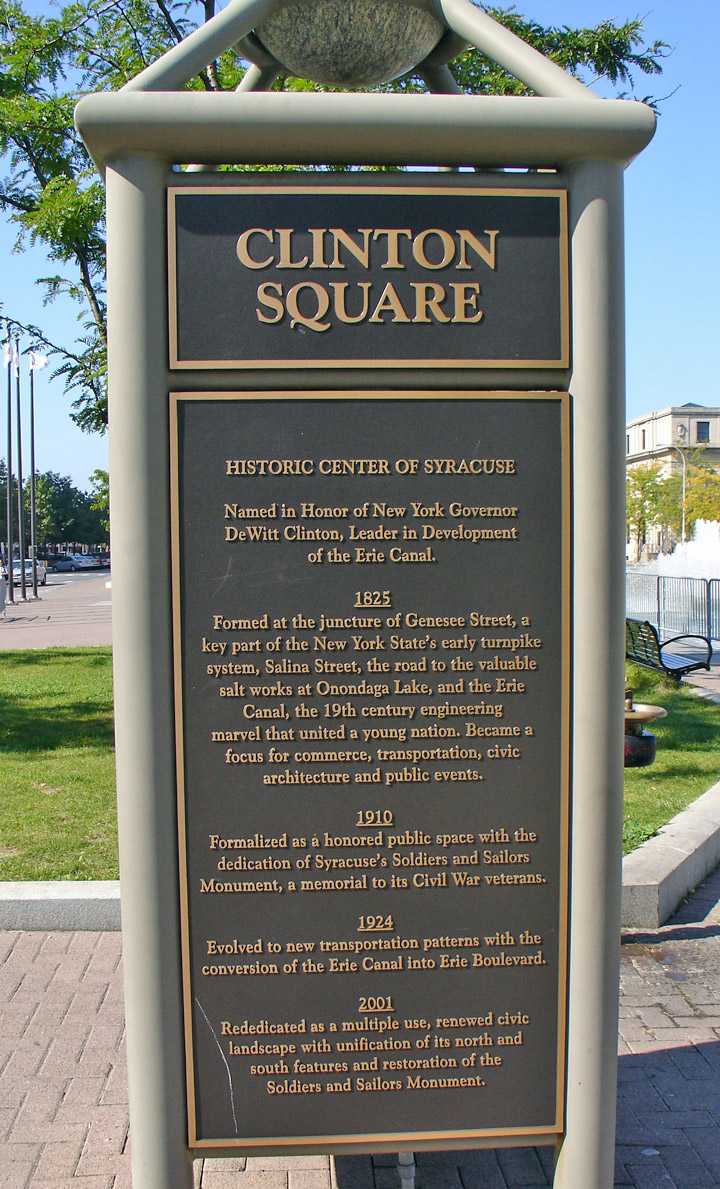 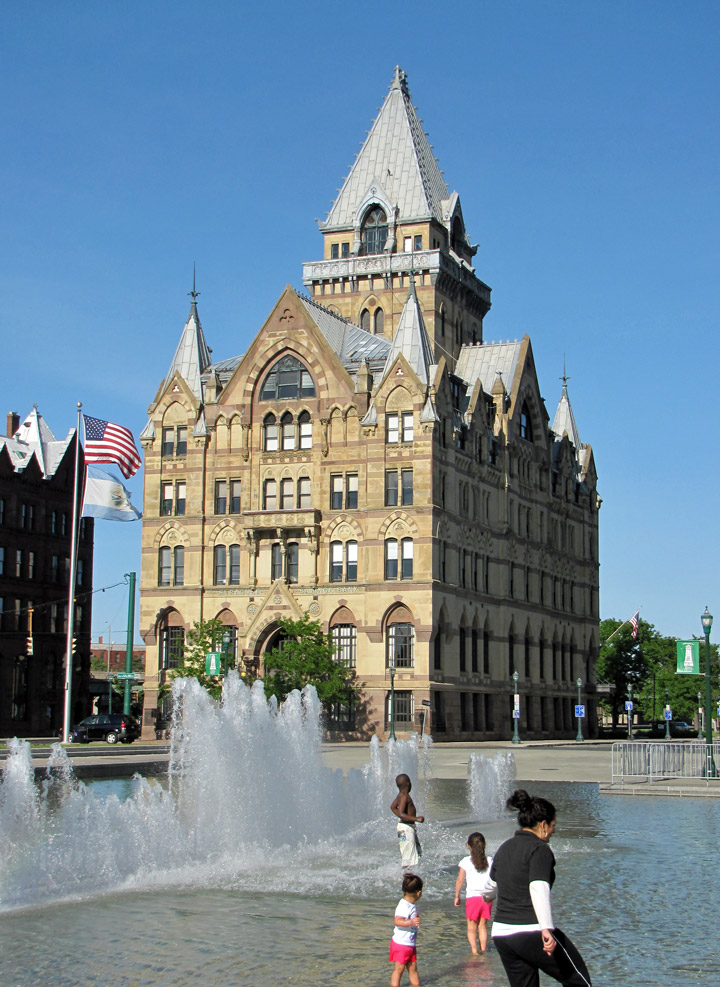 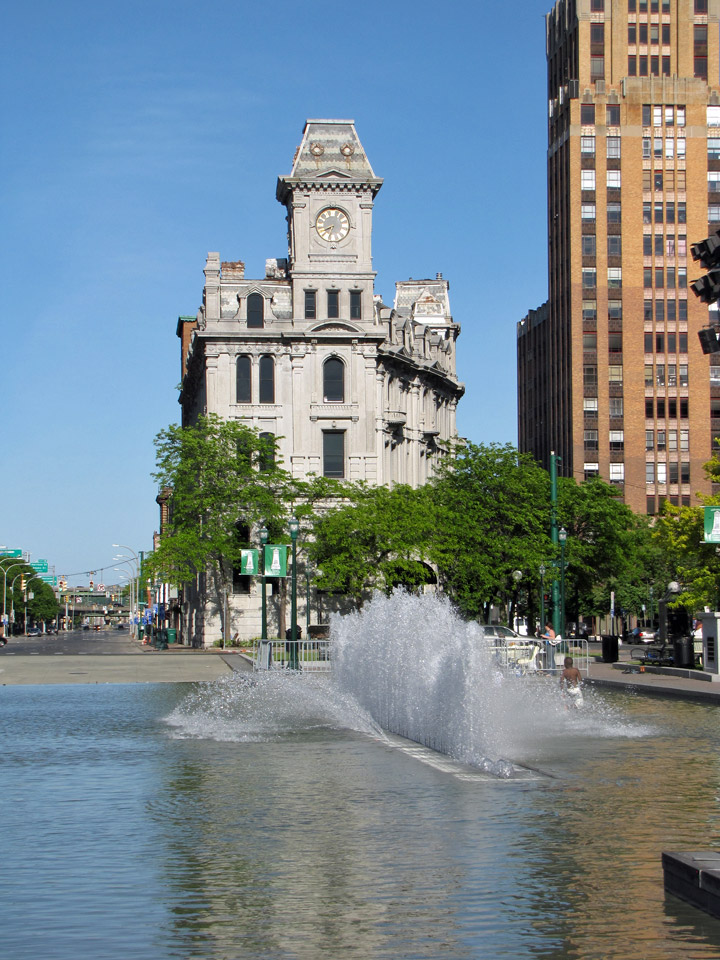 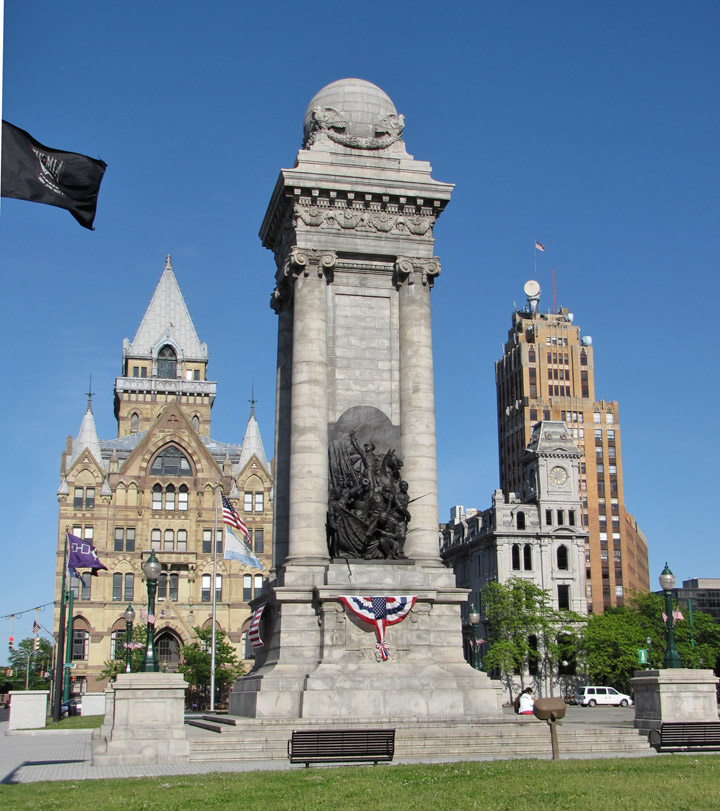 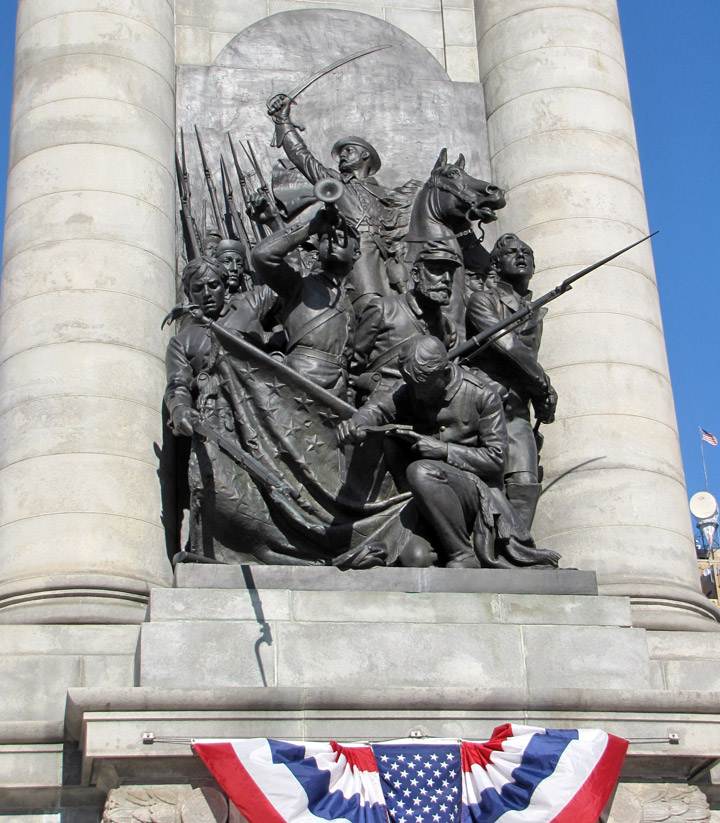 The city developed as a port on the Erie Canal, which linked the Atlantic Ocean with the Great Lakes. Although the canal now is used primarily for recreation, Syracuse remains an important transportation crossroads. In addition, the city serves as a gateway for tourists to the Finger Lakes region. To the south of the city is a reservation for the Onondaga people. 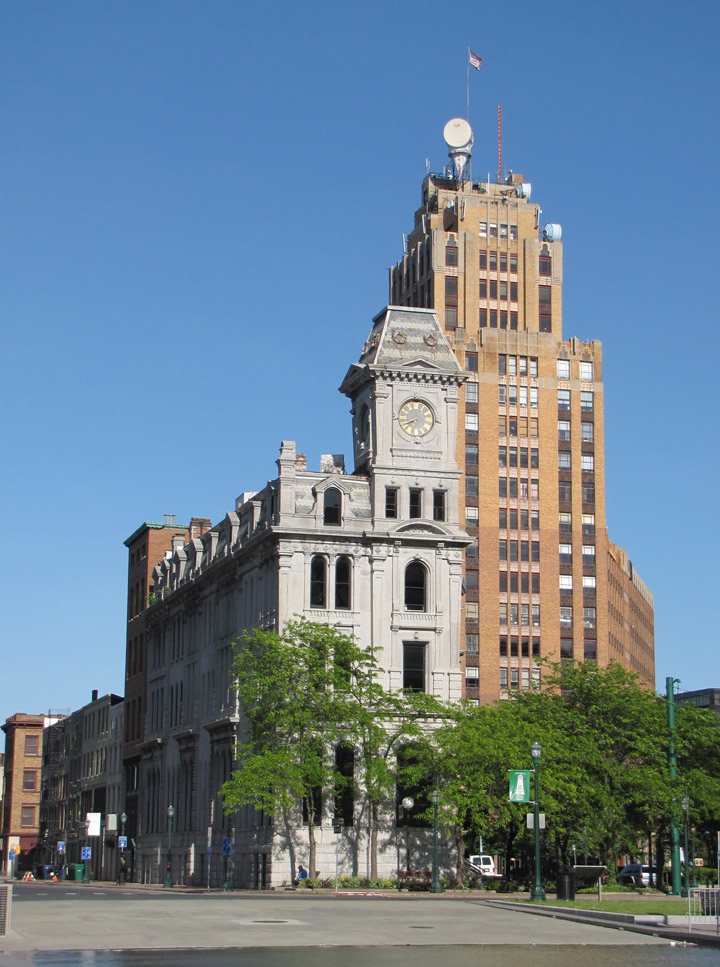 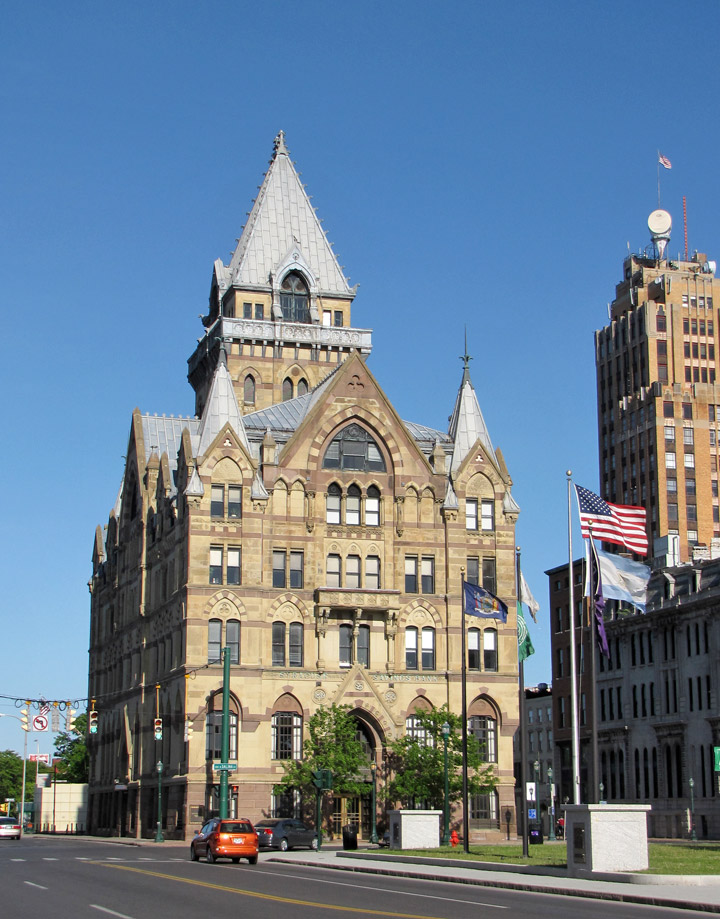 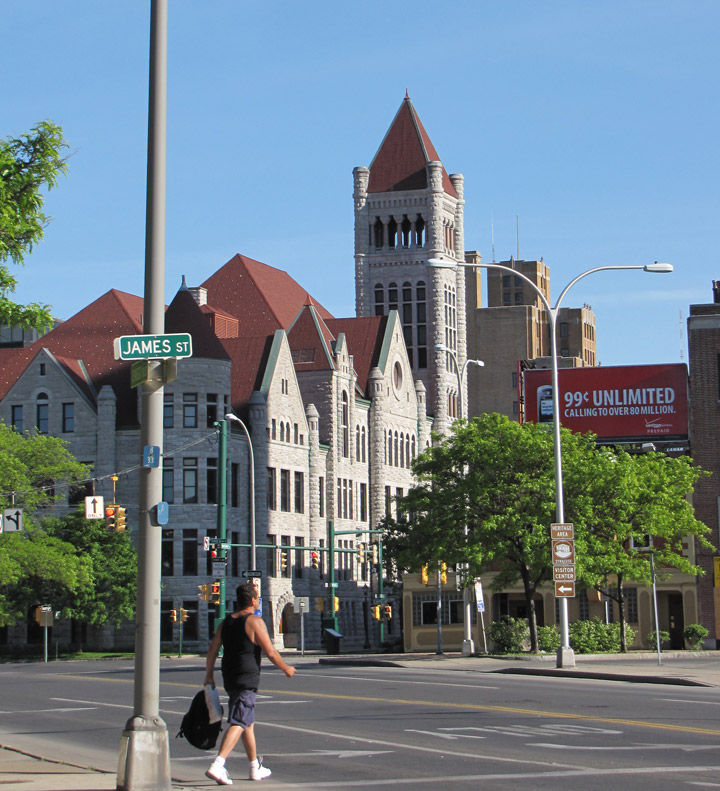 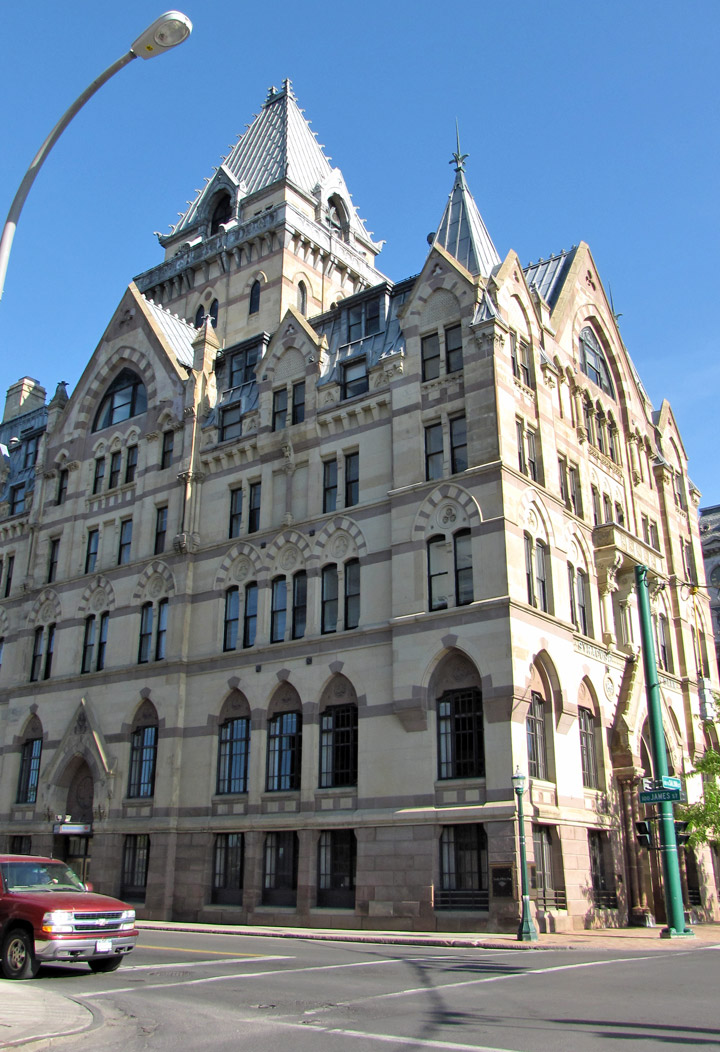 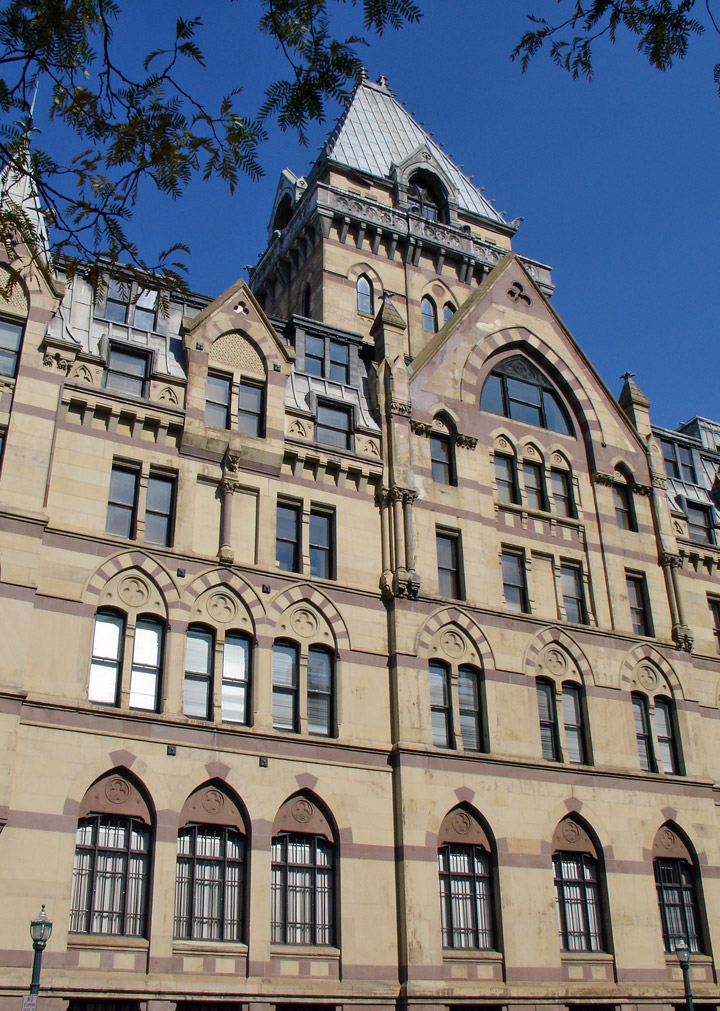 Among the educational institutions located in the city are the main campus of Syracuse University (1870); Le Moyne College (1946); the Health Science Center (established in 1834) of the State University of New York (SUNY); the SUNY College of Environmental Science and Forestry (1911); and several colleges offering two-year degrees. 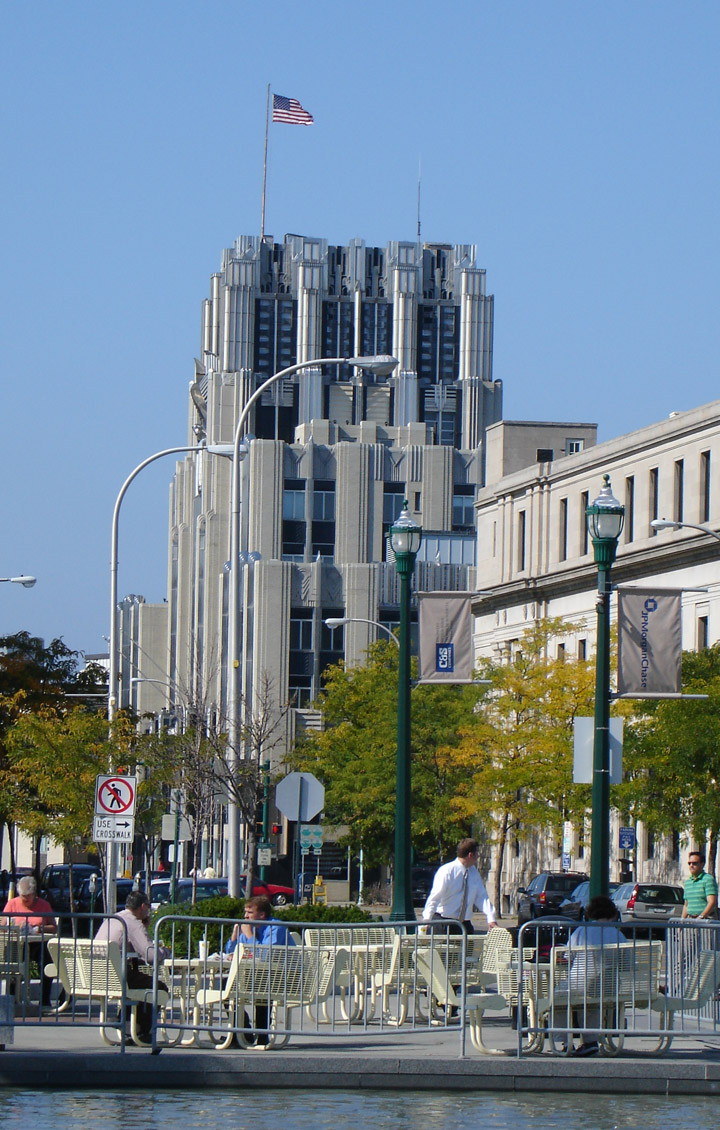 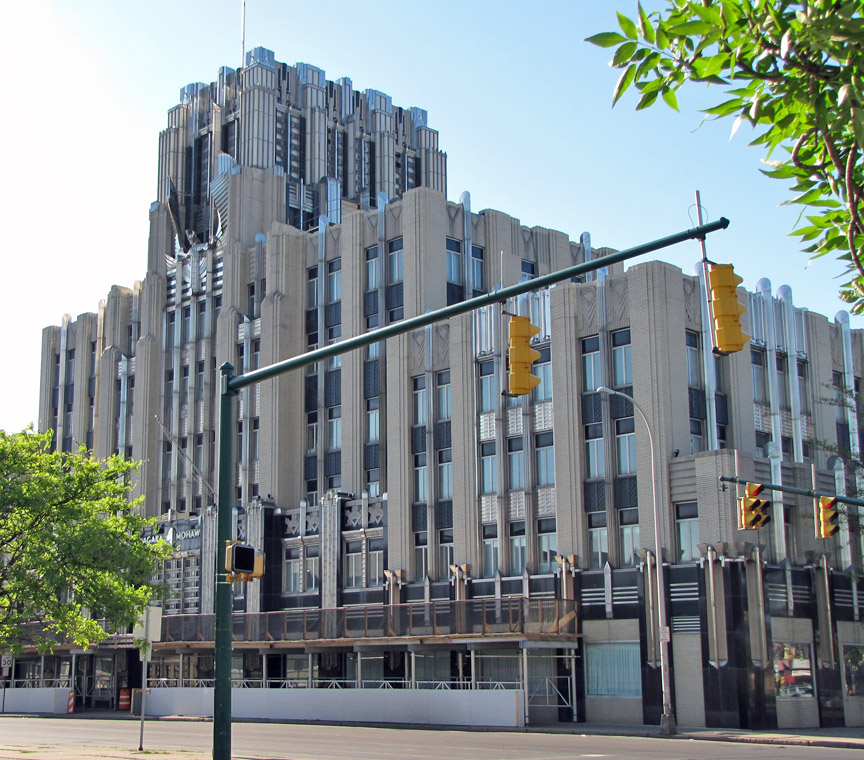 The Everson Museum of Art features both contemporary and historical American art and an extensive ceramics collection, in a building designed by architect I. M. Pei. Among the city's many other museums are the Joe and Emily Lowe Art Gallery, at Syracuse University; the Onondaga Historical Association Museum; the Rubenstein Museum of Science and Technology; and a museum containing items associated with the Erie Canal. The Mulroy Civic Center is home to the Syracuse Symphony Orchestra and Syracuse Opera Company, while the Salt City Center for the Performing Arts is a home to theatrical productions. The New York State Fair, one of the oldest continuously running fairs in the country, is held in late summer at a site west of the city. 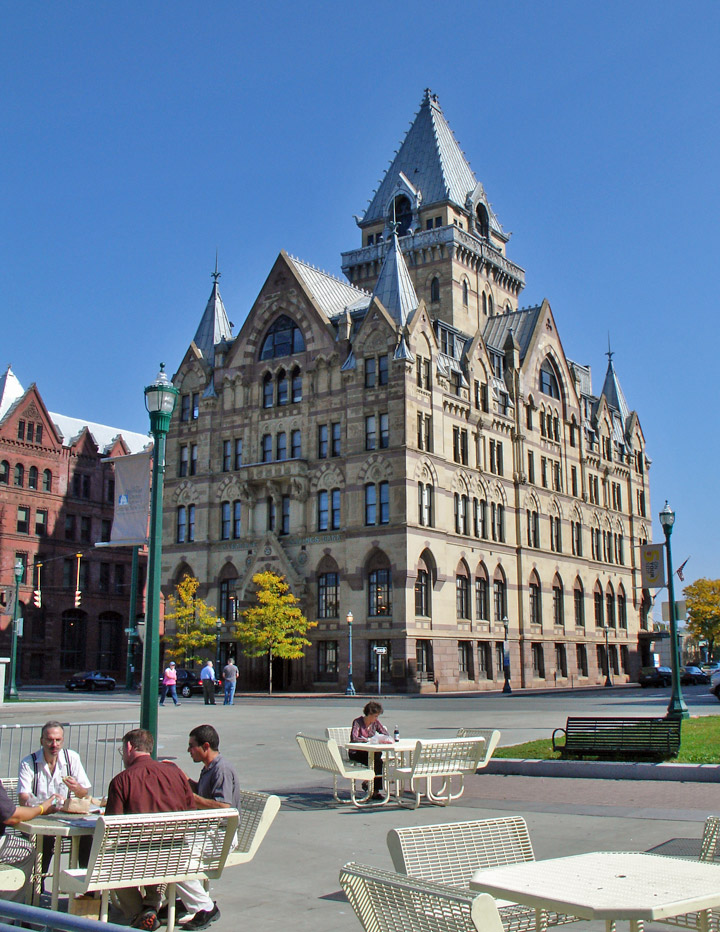 The area around Syracuse was the capital of the Five Nations of the Iroquois and was the home of the Onondaga people. It was explored by the French explorer Samuel de Champlain in 1615. A mission and a fort established here by European colonists in 1655 and 1656 had to be abandoned in 1658 because of Native American hostilities. Salt springs, which had been explored by the Jesuit missionary Simon Le Moyne in 1654, were popular and eventually led to the permanent settlement of the site in the 1780s. The settlement was known by a variety of names until 1820, when it was named Syracuse for an ancient Greek city on Sicily also near a salt spring. 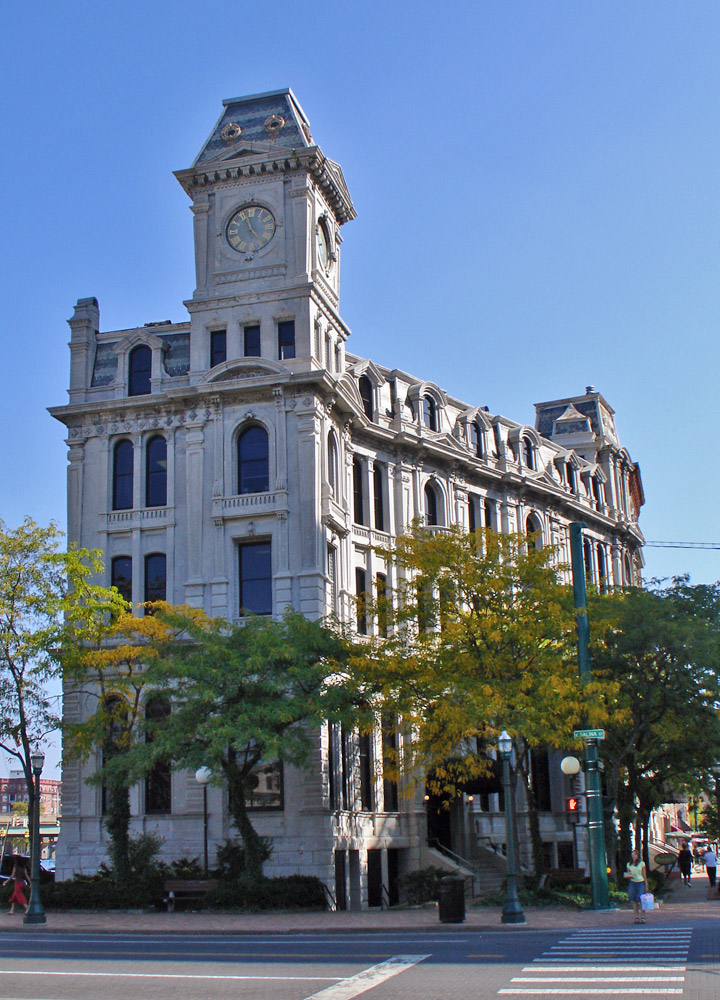 In 1825 Syracuse was incorporated as a town. The completion of the Erie Canal in the same year, and the arrival of railroads in the late 1830s greatly spurred development. In 1848 Syracuse was incorporated as a city, absorbing two adjacent towns. During this period the salt industry grew to such an extent that Syracuse supplied most of the salt for the United States. While production began to decline in the 1870s, eventually ceasing in 1926, other industries developed in the city, including manufacturers of steel, typewriters, and automobiles. 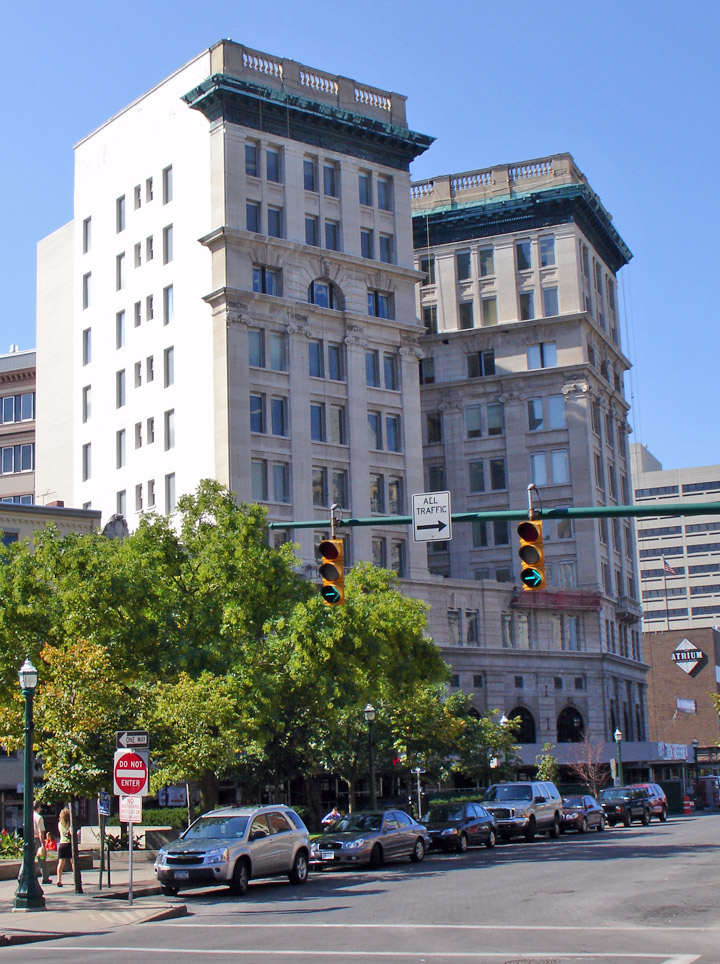 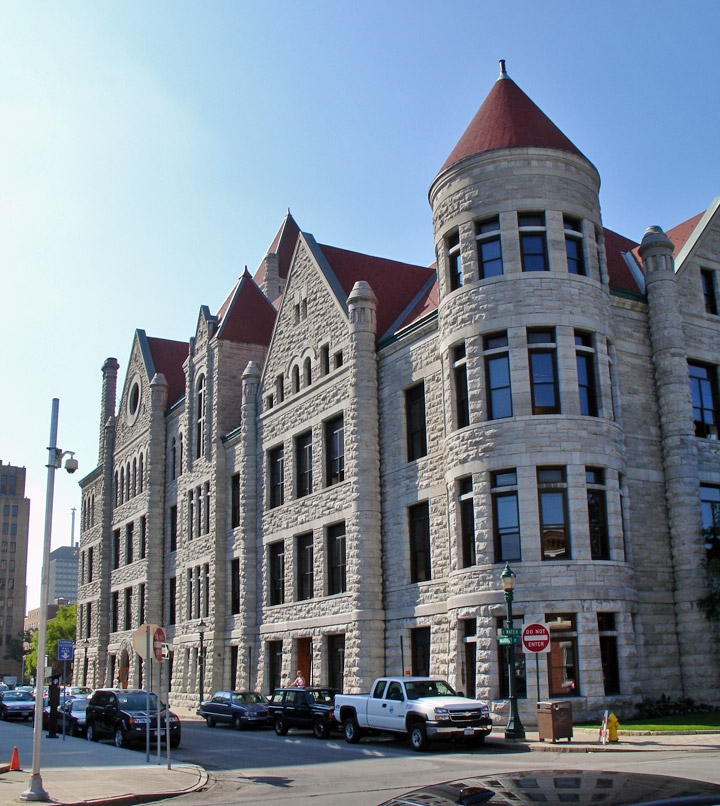 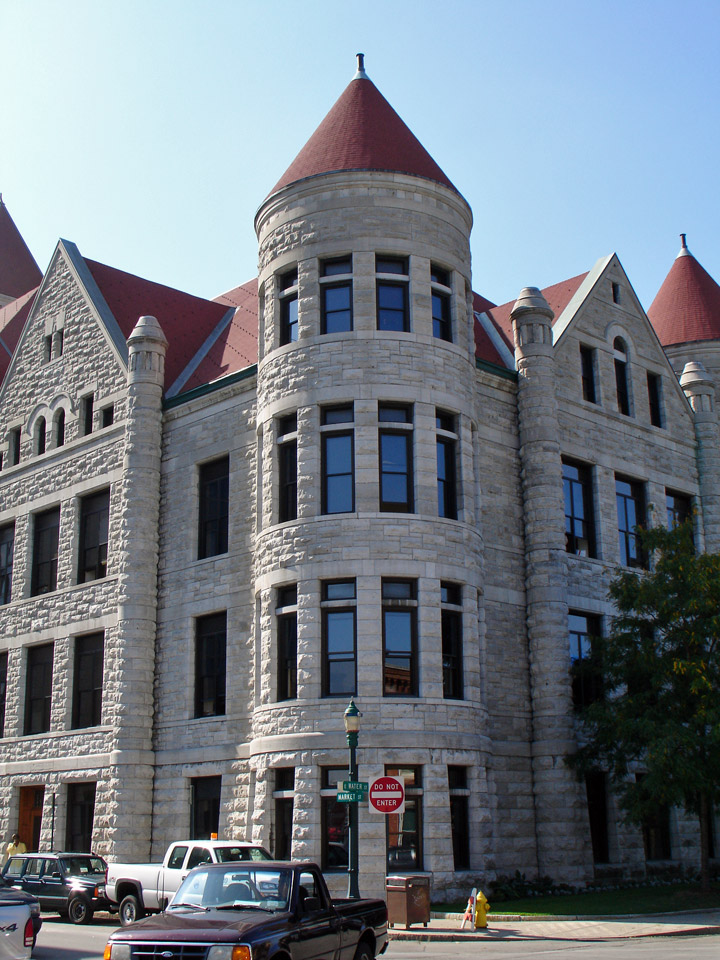 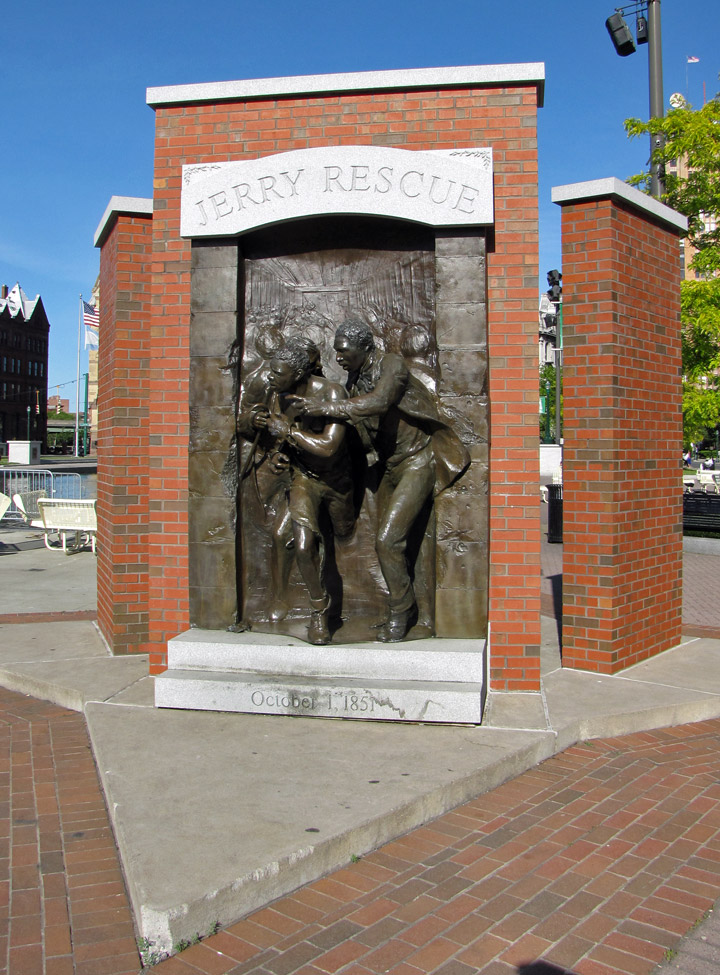 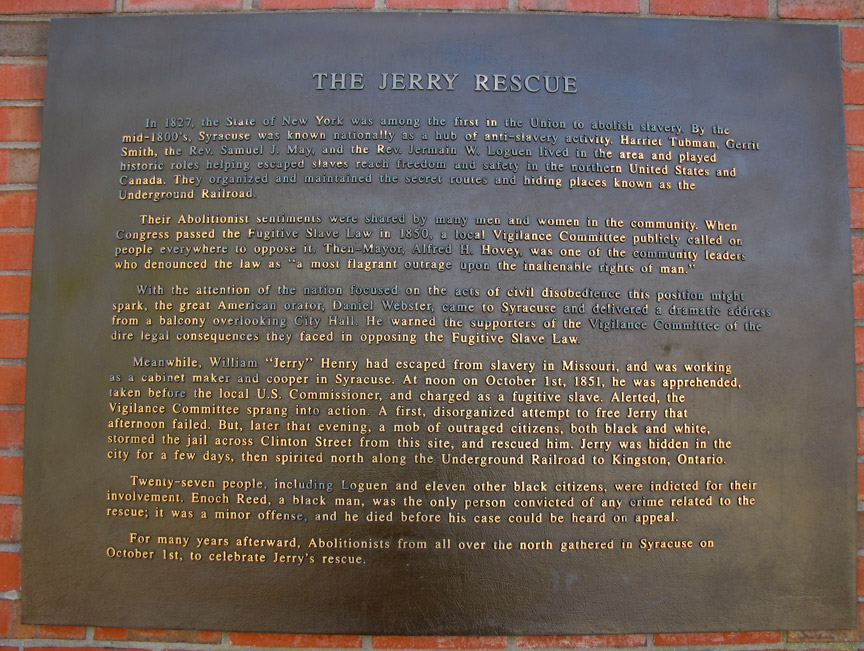 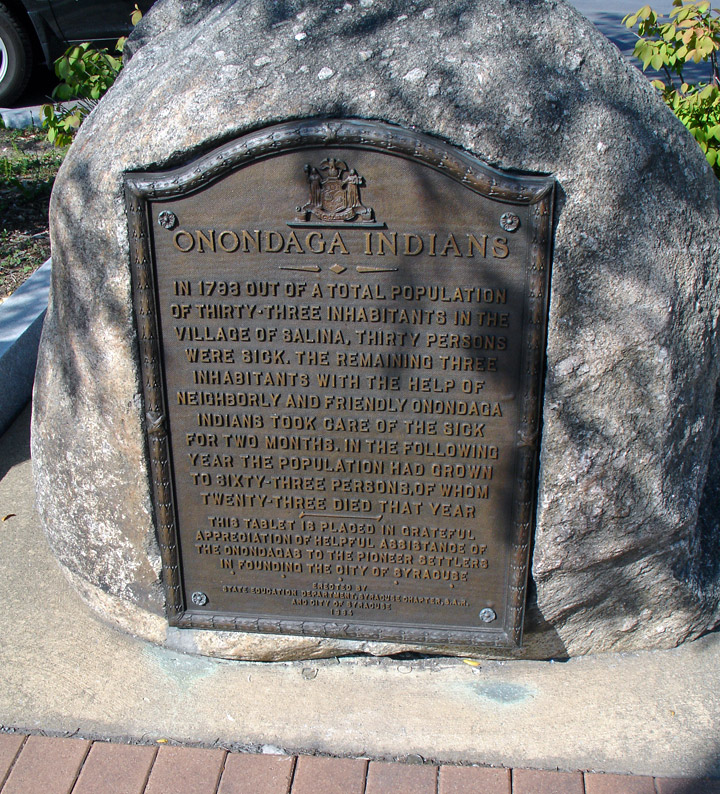 tribute to the Native Americans who helped the pioneer settlers 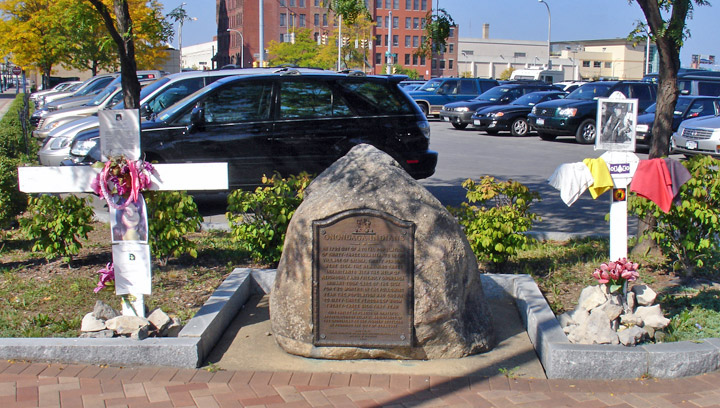 enlarged to be a greater memorial 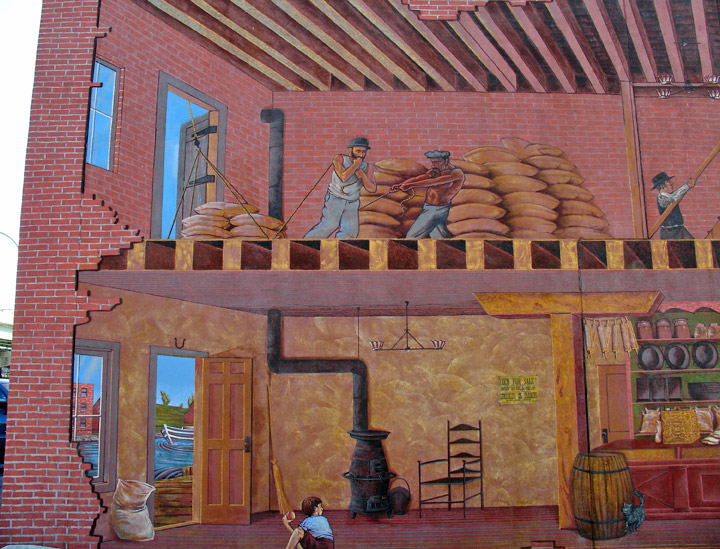 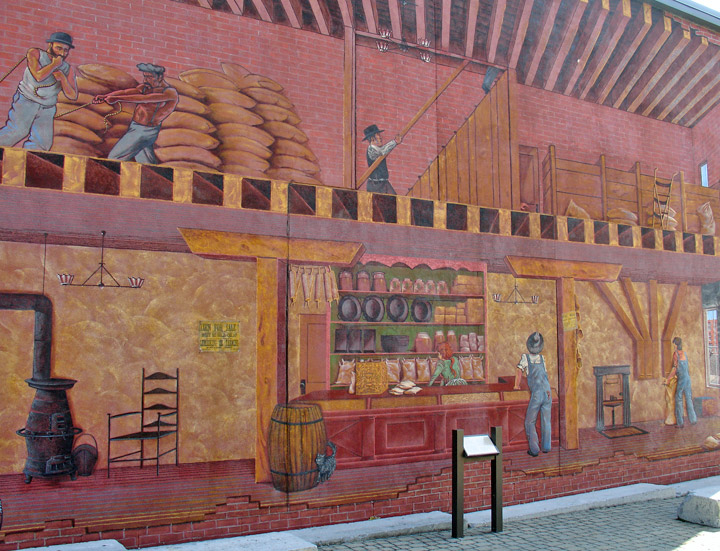 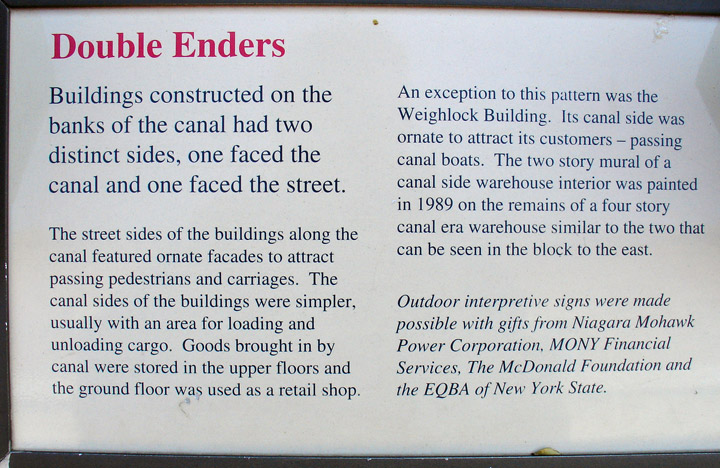 Mural and story of the canal warehouse buildings

Photos of the Weighlock building and the Erie Canal Museum