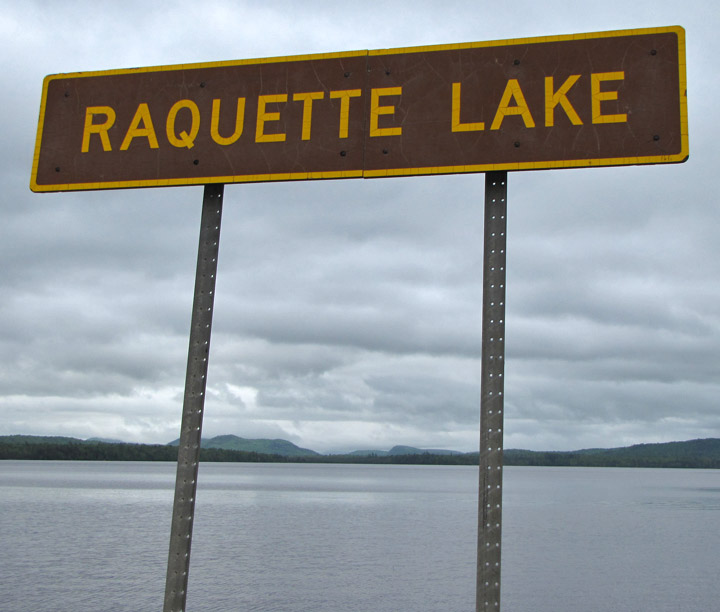 Raquette Lake is the source of the Raquette River in the Adirondack Mountains of New York State, USA. It is near the community of Raquette Lake, New York. The lake has 99 miles (160 km) of shoreline with pines and mountains bordering the lake. 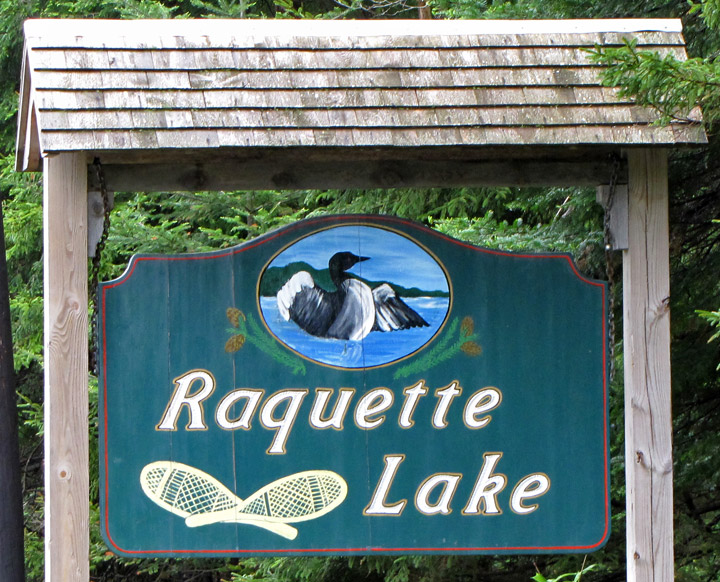 The origin of the name is uncertain. One account is that it was named for snowshoes ("raquette" in French) left by a party of Tories led by Sir John Johnson in 1776; traveling by snowshoe, they were overtaken by a spring thaw when they reached the lake and abandoned them en masse on the shore. 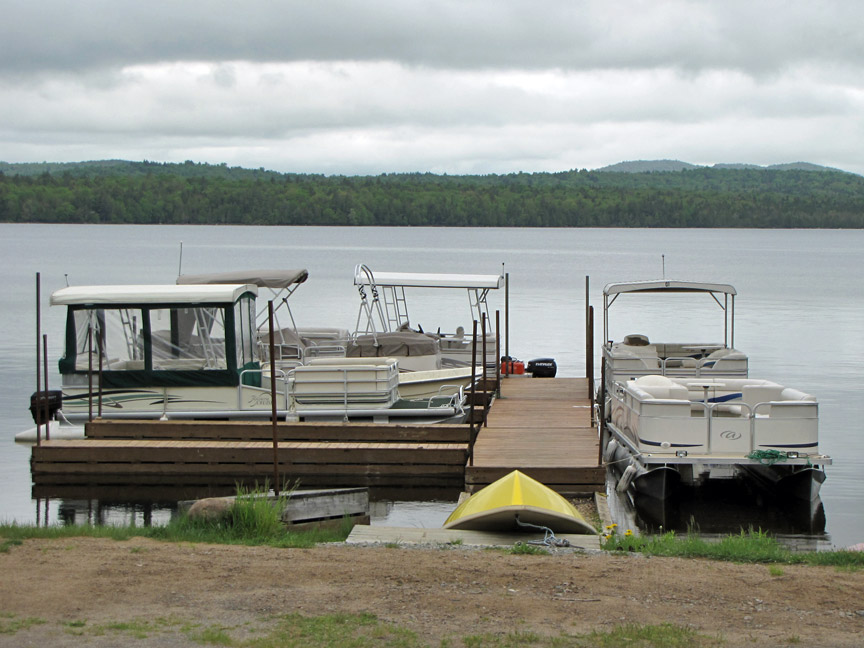 Raquette Lake developed into one of the most prestigious summer getaways for the elite in the 19th century. In 1877, William West Durant started work on what would become the first of the "Great Camps," Pine Knot. Other summer homes in the great camp style on Raquette Lake include North Point (the 1870 buildings replaced by Lucy Carnegie in 1903), Echo Camp (1883) and Bluff Point (1876). 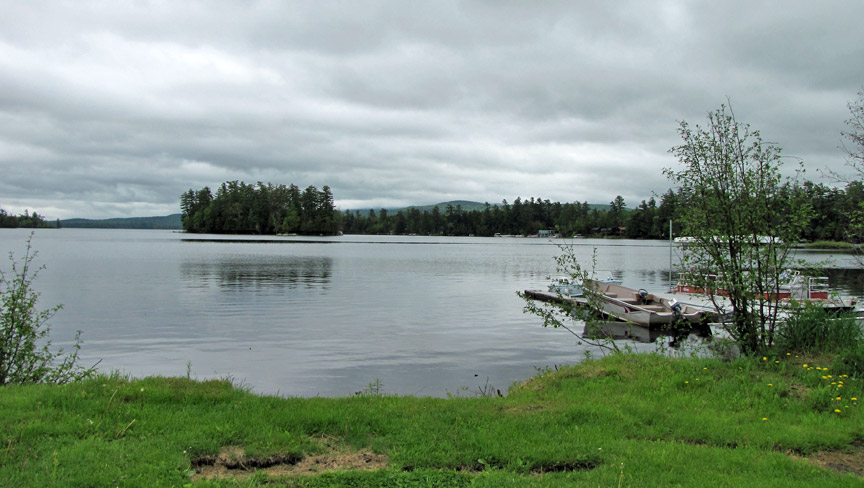 Bluff Point is still a private camp and run much as it was over 100 years ago. It was built by Francis Stott of Stottville, New York, at the suggestion of Dr. Thomas C. Durant. The two families had briefly been in business together in Albany, New York, during the 1840s. When Bluff Point was sold to magazine publisher Robert Collier in 1905, most of the original structures were modified and expanded into the present score of buildings — the huge walk-in fireplace, the bowling alley, the bridge to the gazebo, etc. 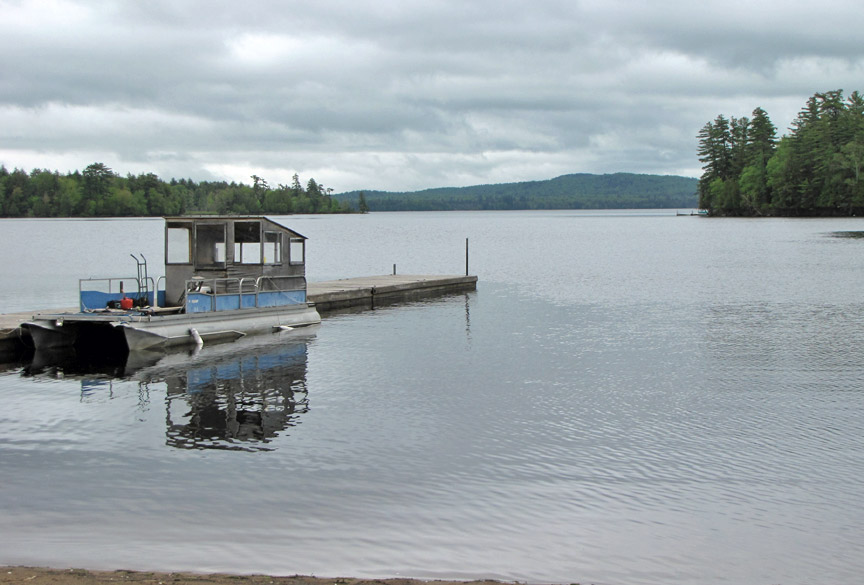 Raquette Lake also served as a mid-point to other Gilded Age retreats such as the Great Camps Sagamore (1897 now a National Historic Landmark), Camp Uncas (1890)Uncas became a National Historic Landmark Fall 2008, and Kamp Kill Kare (1896) on nearby lakes Sagamore, Mohegan, and Kora, respectively. Sagamore is open to the public for guided tours during non-winter months and also as an educational facility. 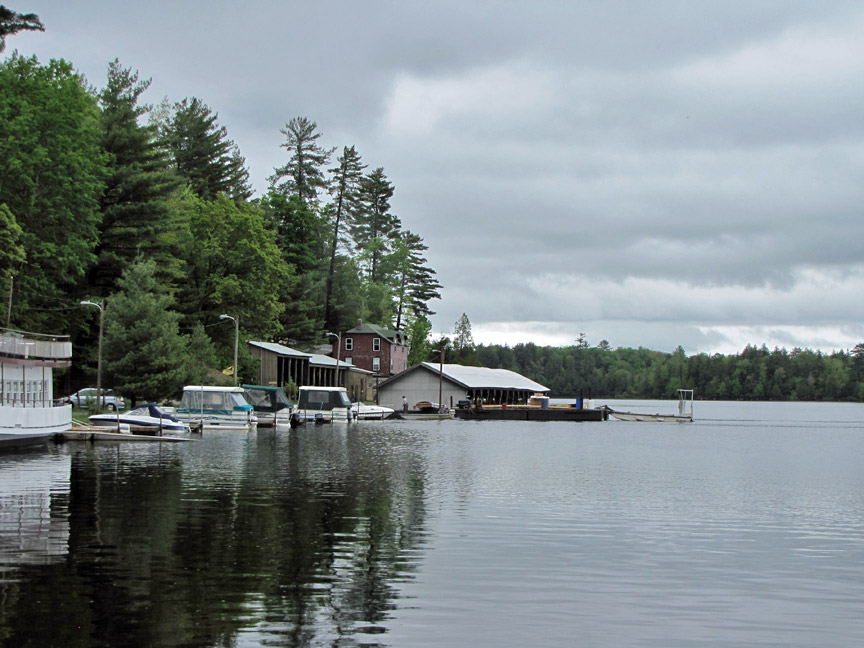 Pine Knot, Uncas and Sagamore were designed using natural materials native to the Adirondacks by William W. Durant who was the son of Thomas C. Durant. Thomas was most famous for the building of the Eastern half of the Transcontinental Railroad. The first of these "Great Camps" was Camp Pine Knot, started by Thomas and taken over by William in 1879. The construction continued through 1890. This artistic camp was used by W.W. Durant as a showcase, as he wined and dined railroad tycoons and sold them on the idea of him building a camp for each of them. In 1895 the camp was eventually sold to Collis P. Huntington (builder of the Western half of the Transcontinental Railroad) in partial repayment of a debt. In 1949 Archer Huntington gave the camp to SUNY Cortland to be used for education and not to ever be turned over to the state. Earlier, in 1938, the family provided the land for the Raquette Lake Chapel in the village for $1. 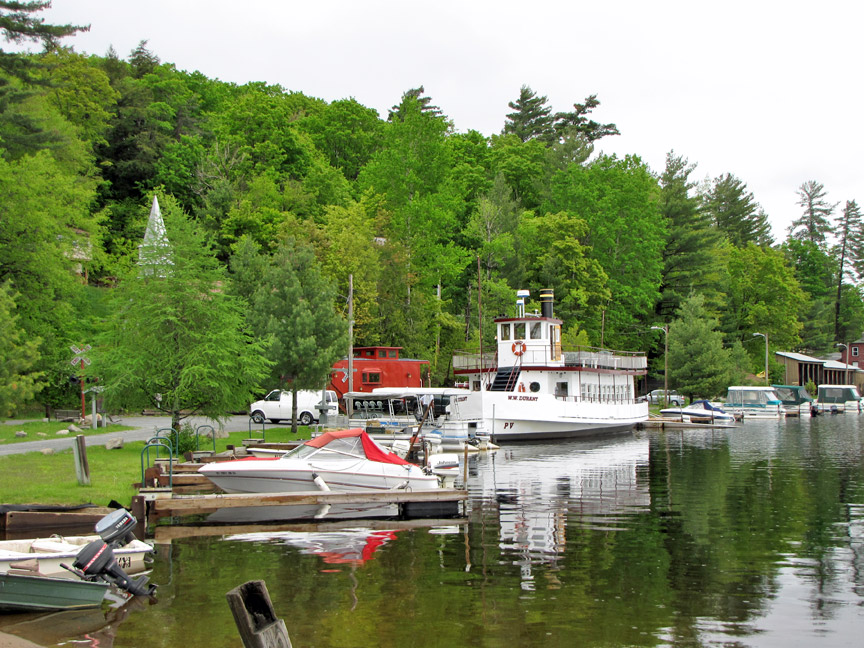 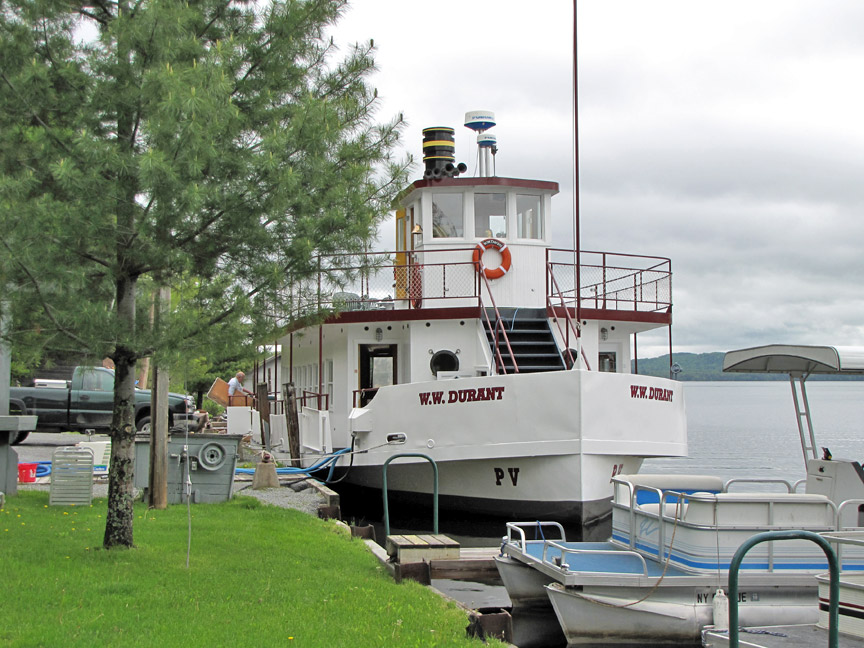 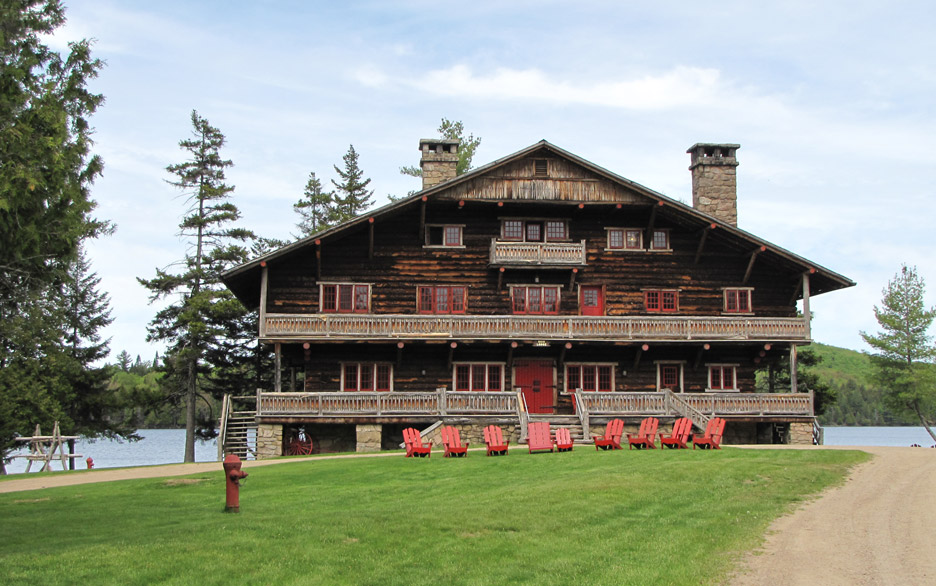 Raquette Lake is still popular, especially in summer due to the scenery, wildlife, boating and hiking. There are several children's summer camps including Raquette Lake Boys Camp and Raquette Lake Girls Camp. In winter, substantial snowfall makes the area popular for snowmobiling, cross-country skiing, and snowshoeing. 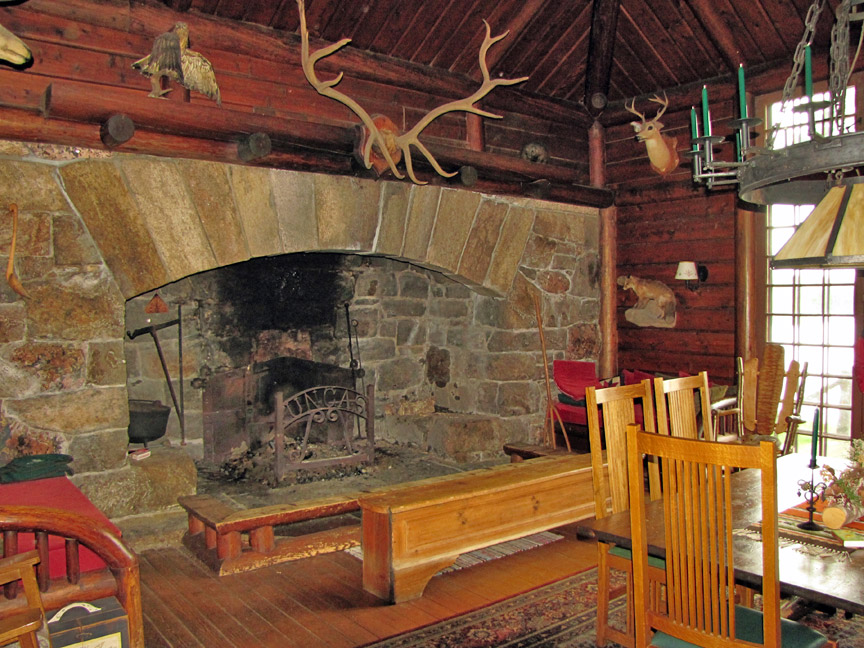 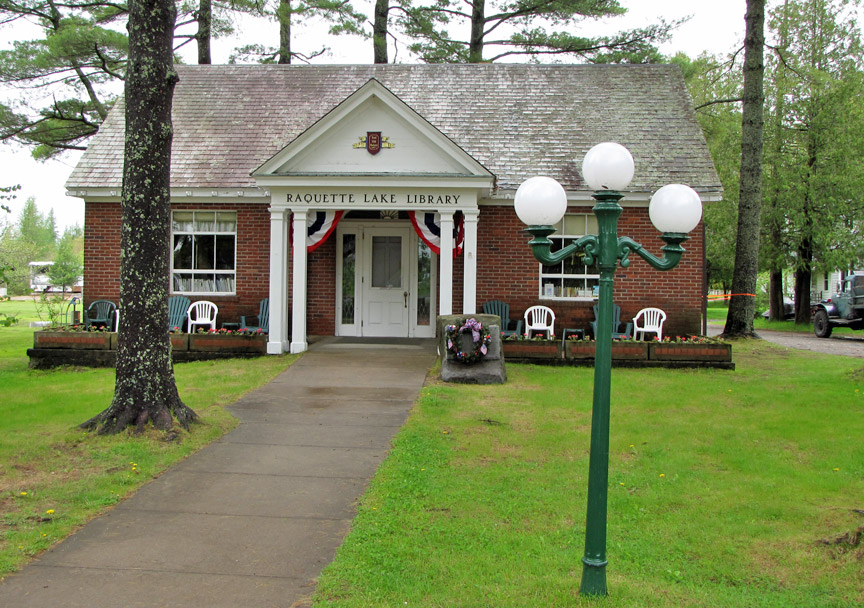 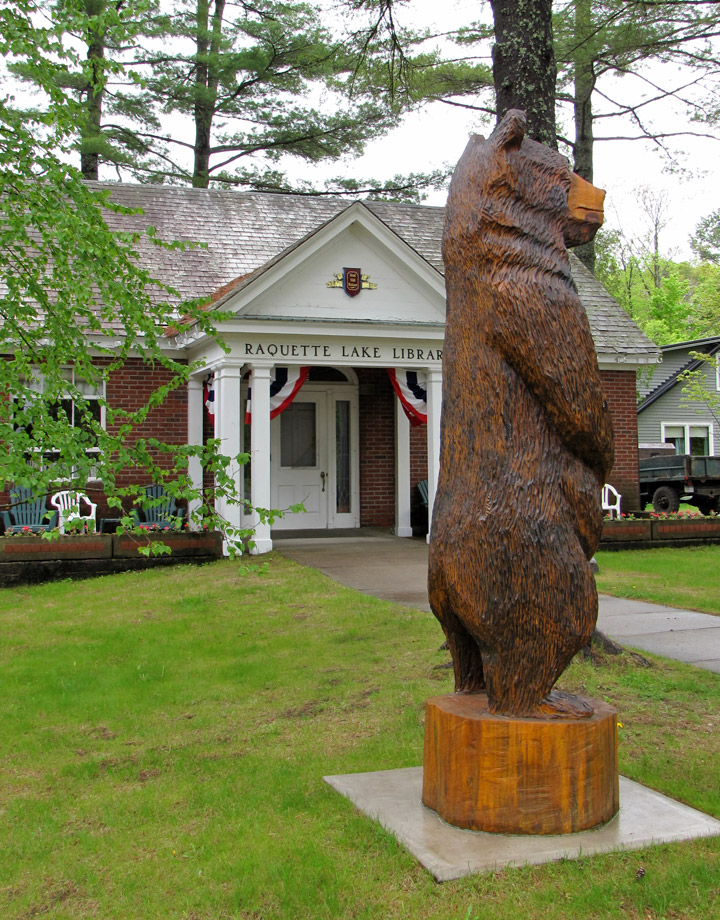 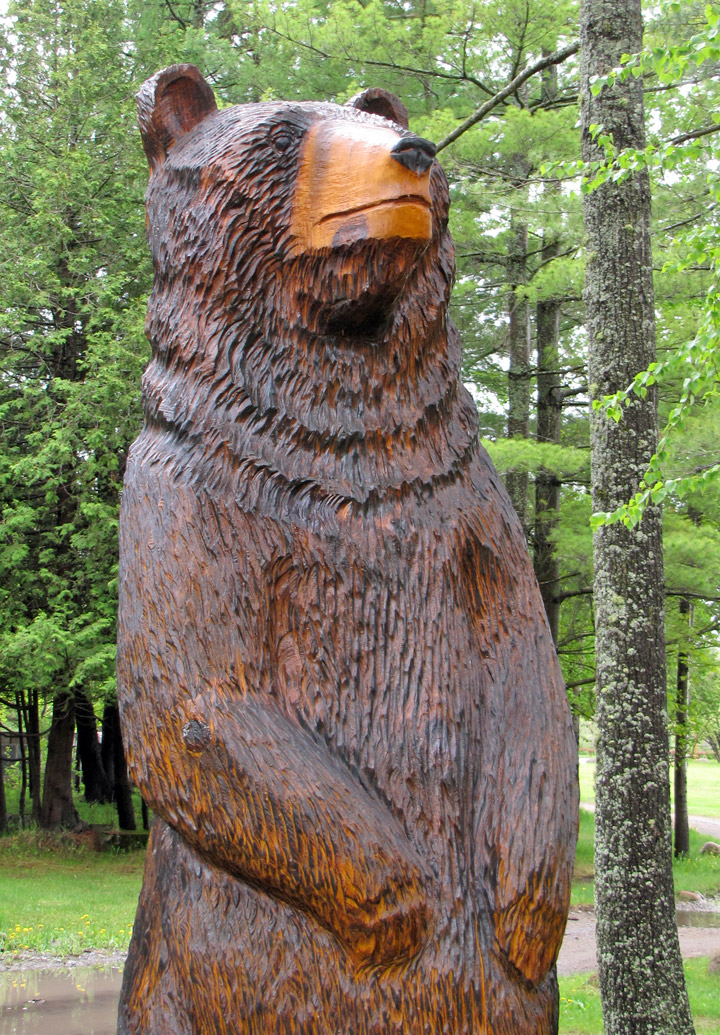 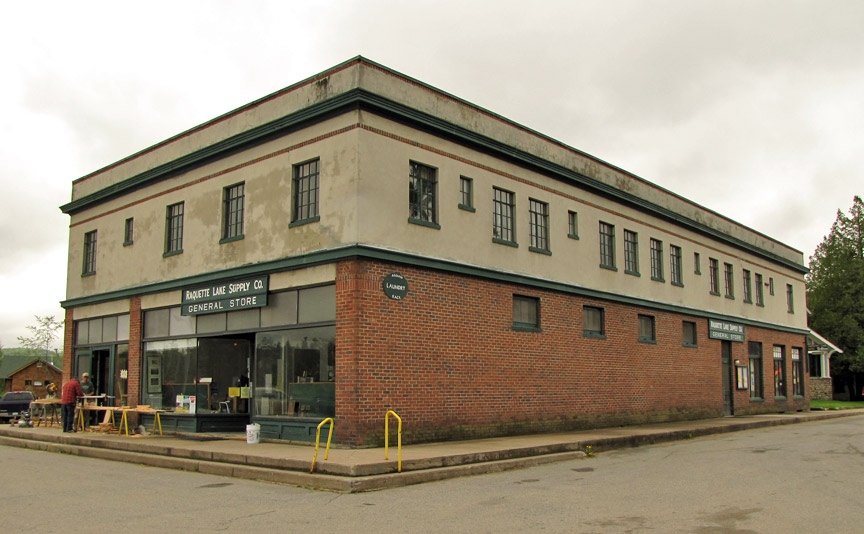 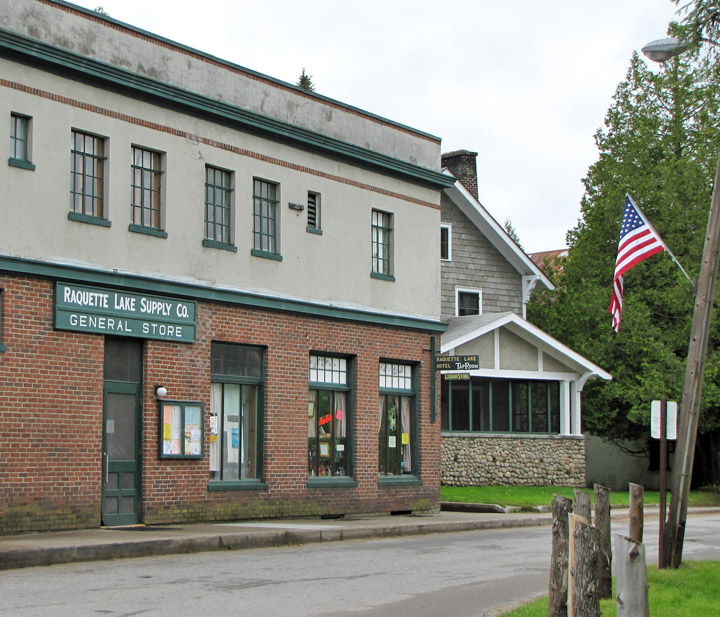 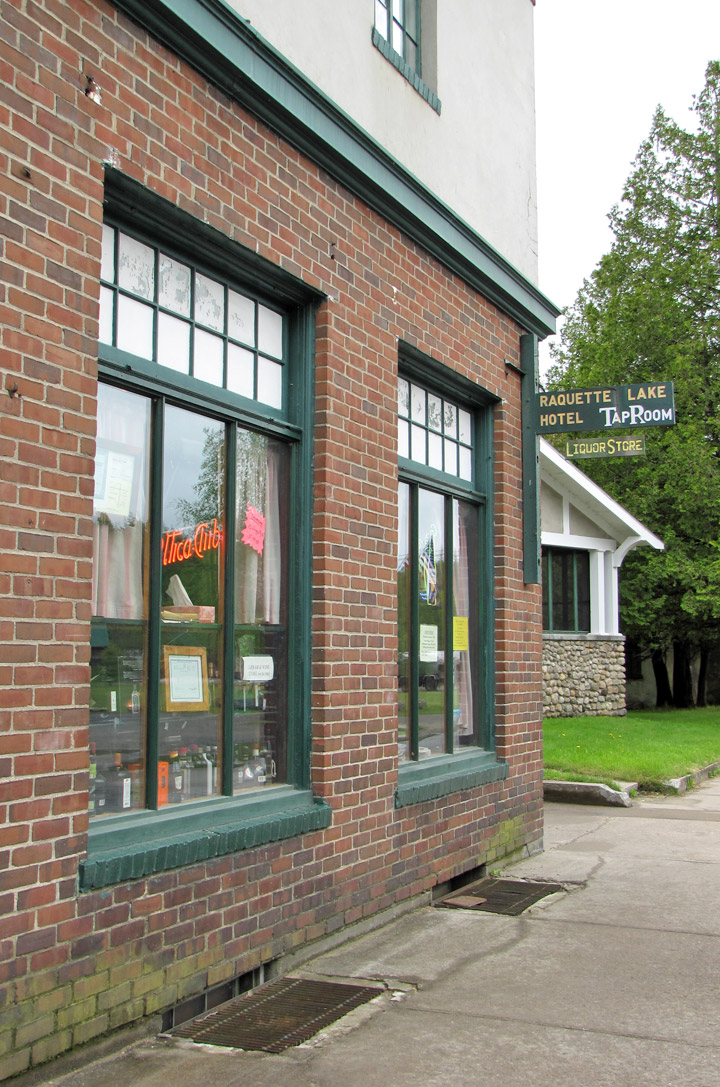 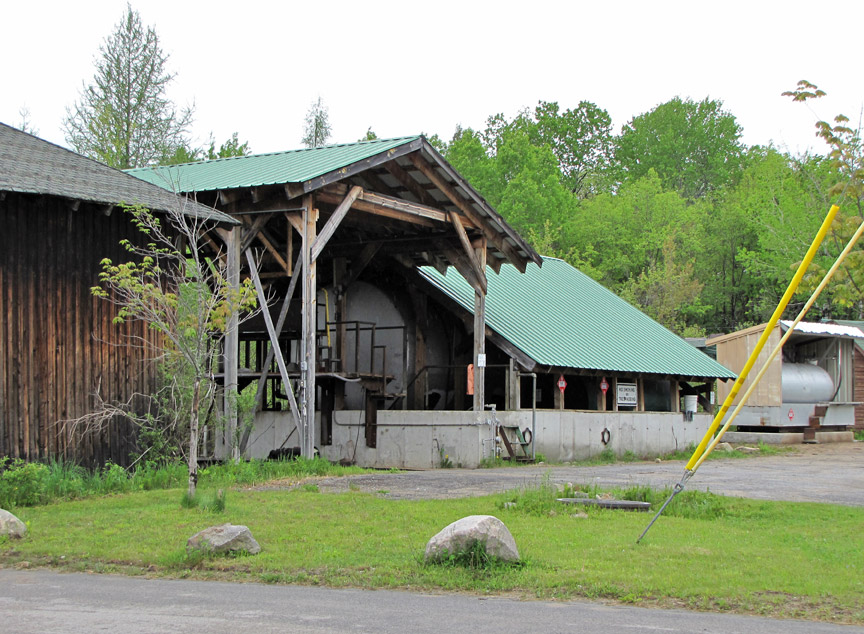 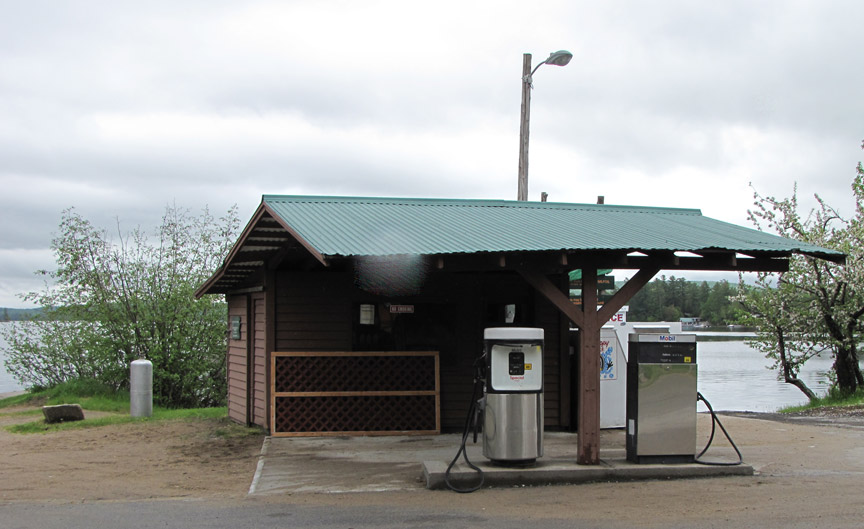 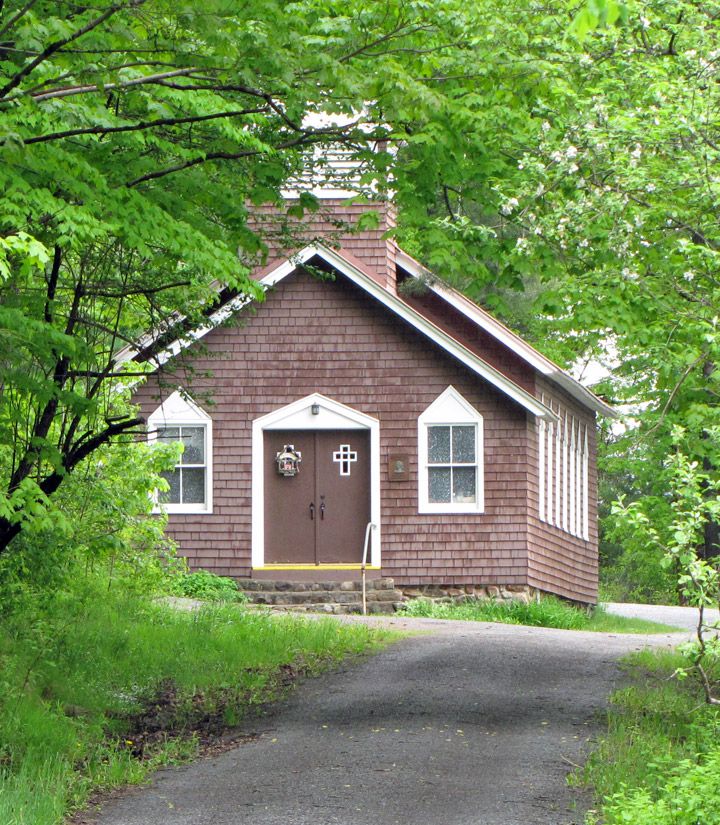 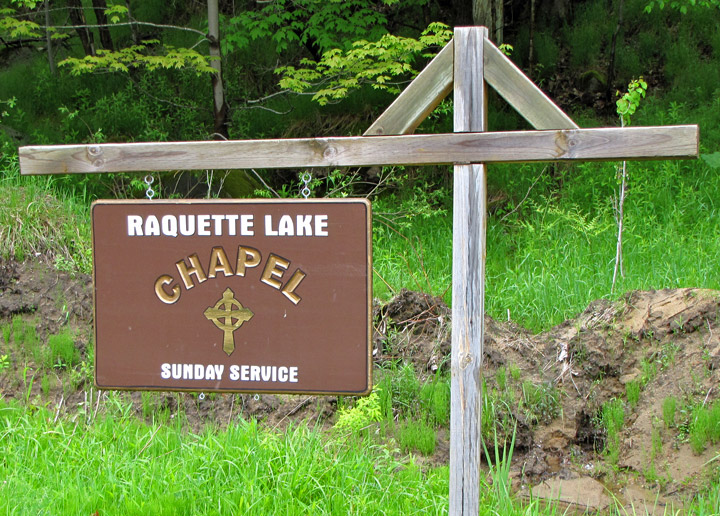 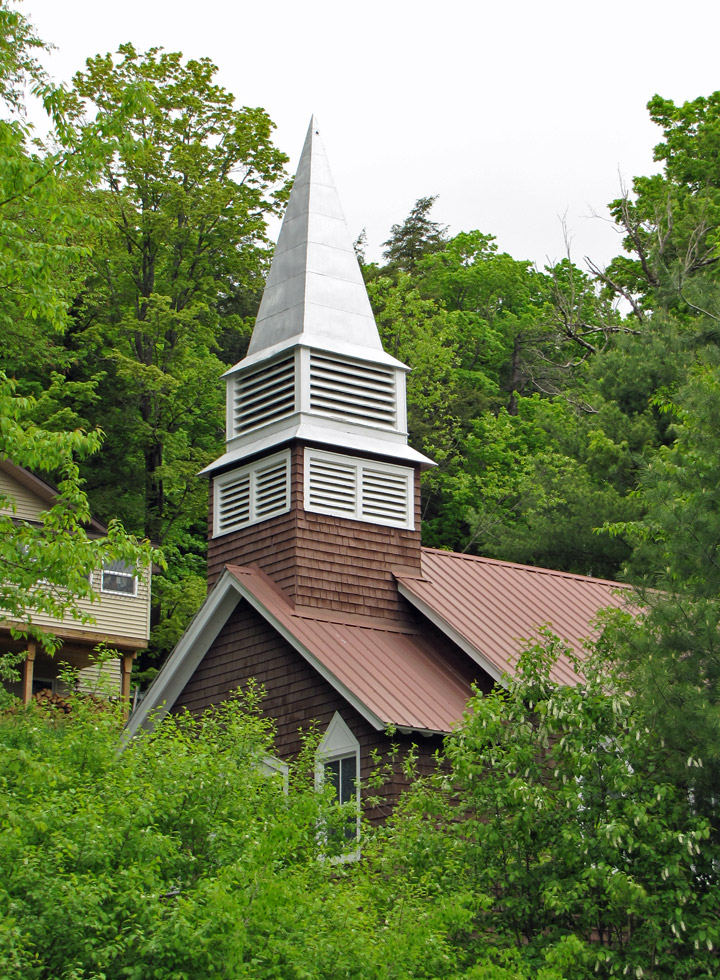 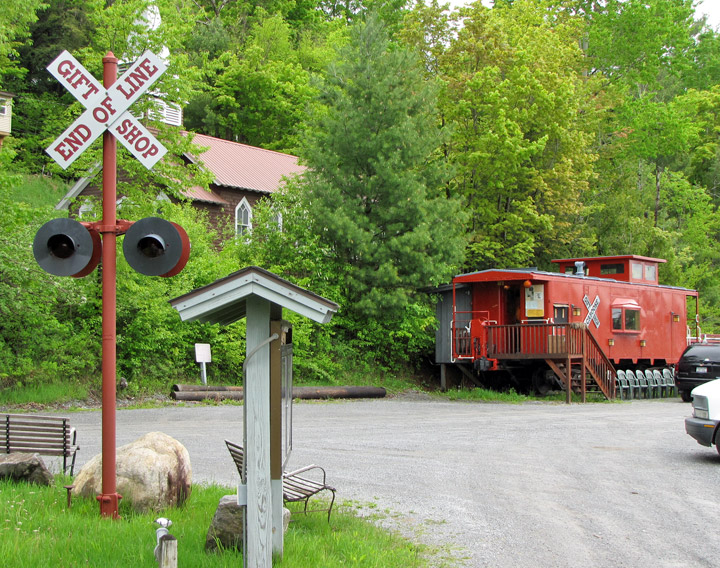 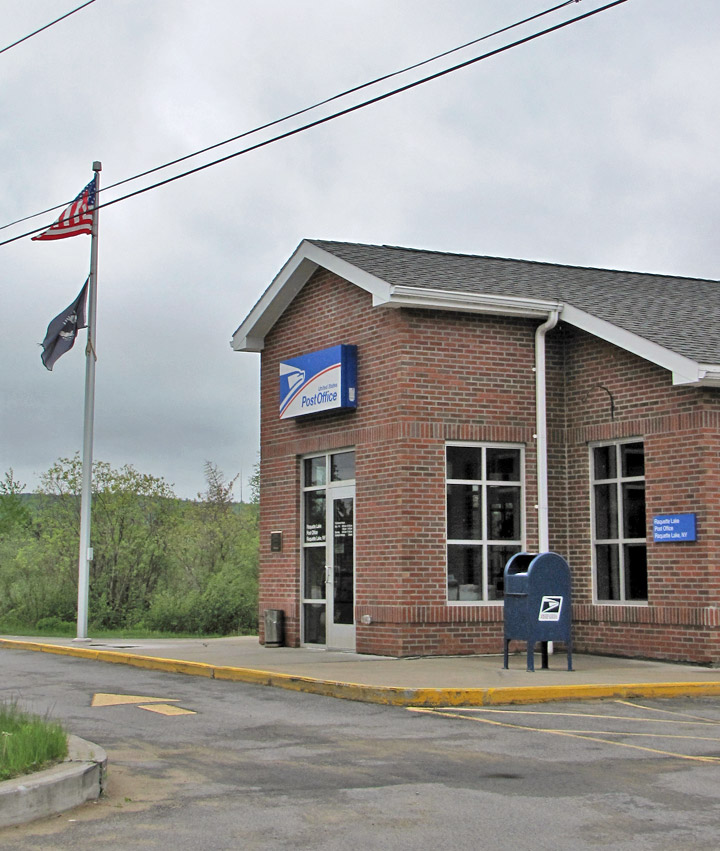 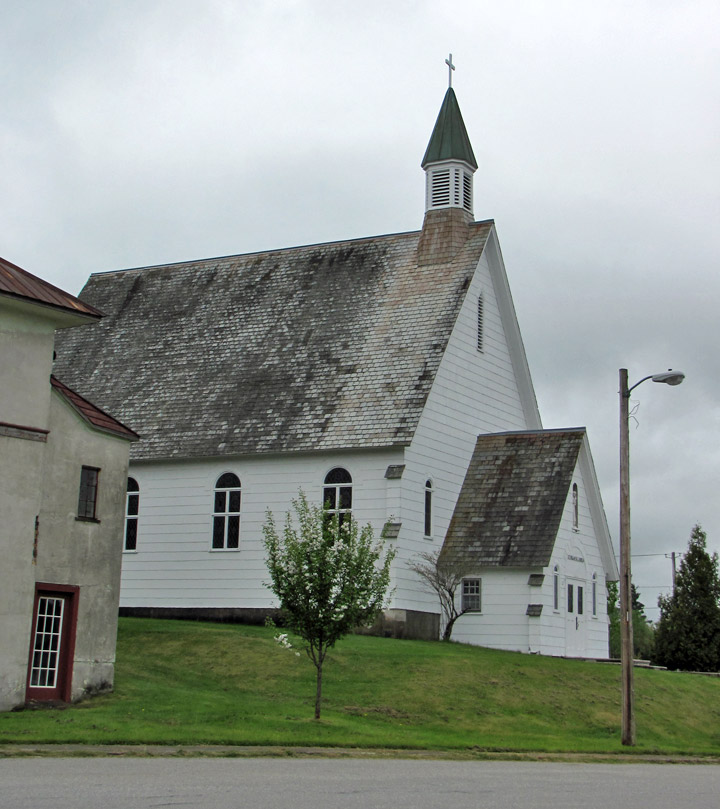 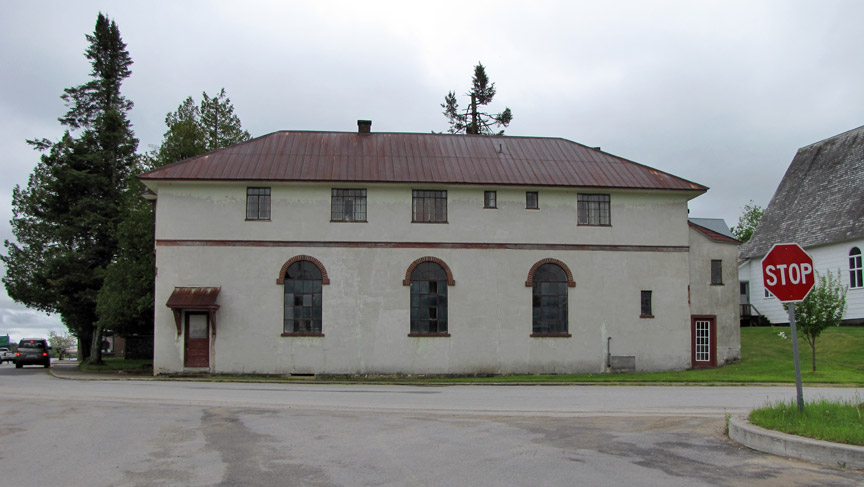 next to the catholic church and across from the post office 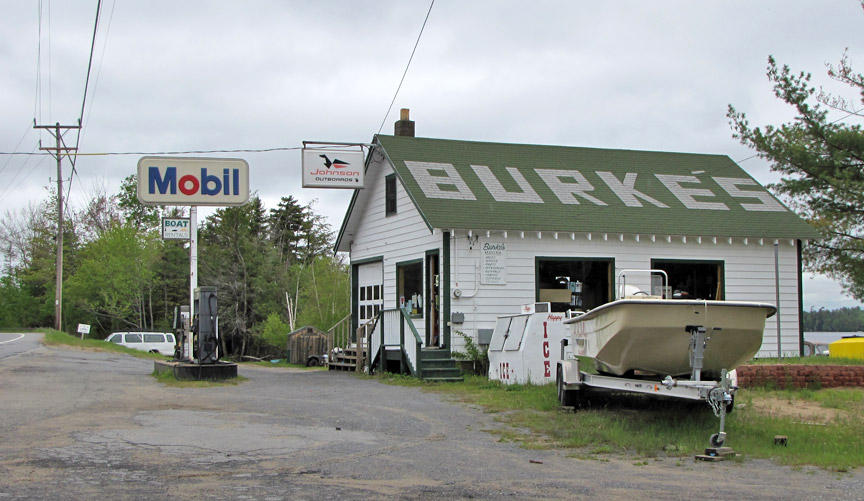 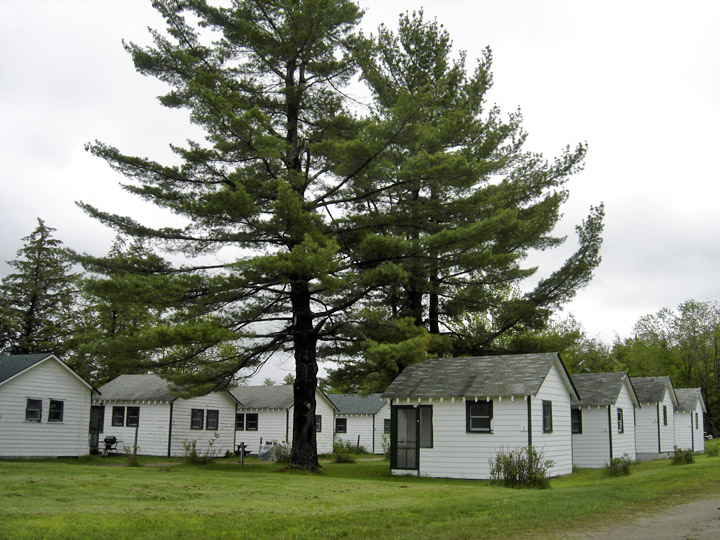 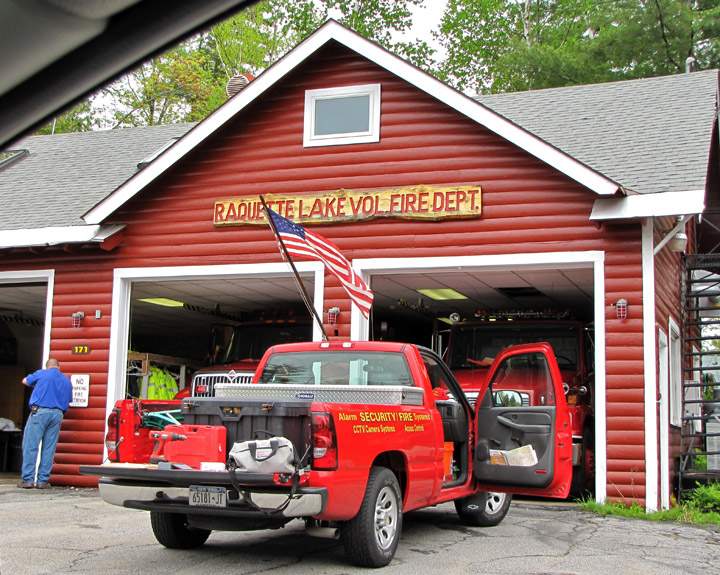