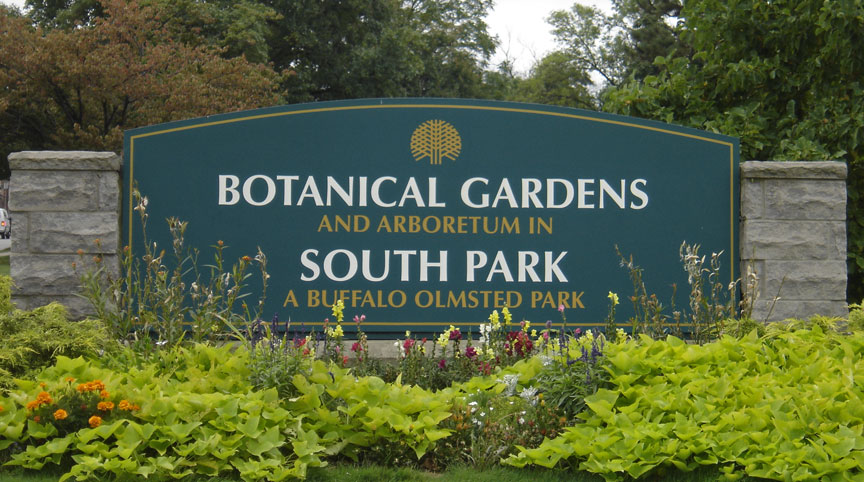 The idea of the Gardens first began in 1868 when the Buffalo Parks Commission started meeting with landscape architect Fredrick Law Olmsted, Sr., and Partners. In the late 1880s, they asked Olmsted to design a new park for South Buffalo; the eventual design included two new parks: Cazenovia Park and South Park, which was created in 1894-1900 from 156 acres (63 ha) of farm land.

South Park eventually became today's botanical gardens. In Olmsted's design, its conservatory would showcase tropical plant species, while the rest of the park was designed to feature hardy species including an arboretum, pinetum, shrub garden, and a bog garden. Formal gardens around the conservatory led visitors into informal park along walking paths. South Park also was to include a large pond for boating, a ring road for horse carriages, and a meadow. However, the proposed walking paths, boat house, and bandstand were never completed. 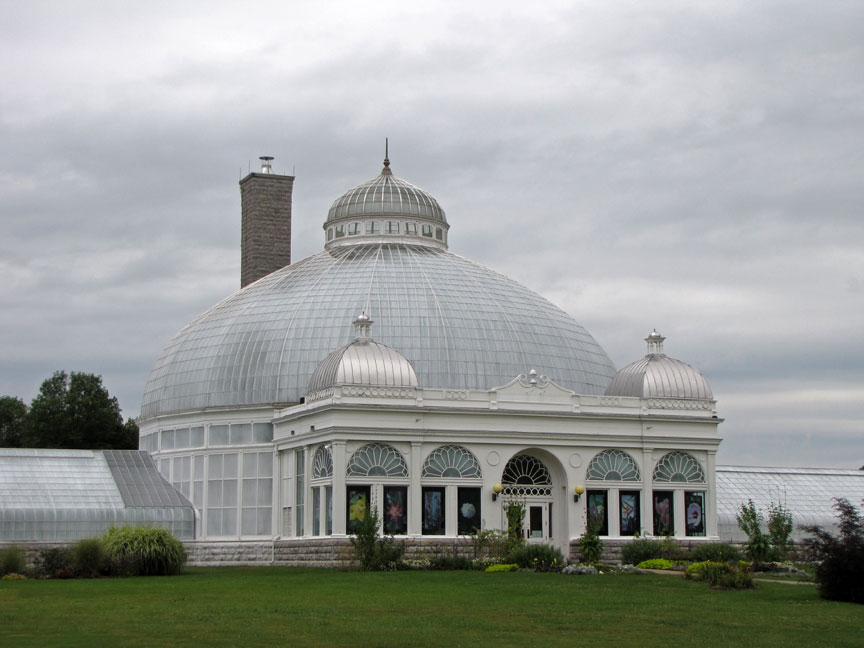 The conservatory's tri-domed glass, wood and steel building was designed by the premier conservatory designers of the time: Lord & Burnham. Construction methods were based upon the famous Crystal Palace and Kew Gardens Palm House in England. When built in 1897-1899, it was one of the largest public greenhouses in the country (at a cost of $130,000). Today there are fewer than a dozen large Victorian conservatories in America. This is one of only two with a tri-dome design (the New York Botanical Garden is the other). 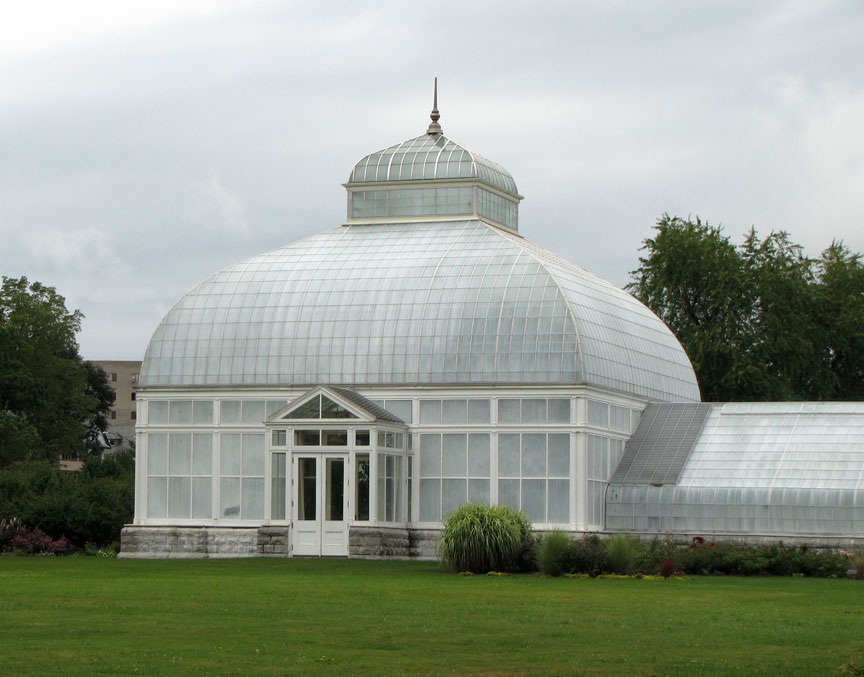 The first director Professor John F. Cowell oversaw the growing of plants for the park and personally located and obtained unusual tree specimens. He spent decades exploring the Americas and the Caribbean, sending back seeds and small plants for the conservatory. Shortly after it opened, thousands of visitors to the 1901 Pan-Am Exhibition visited South Park's conservatory and gardens, which thus quickly gathered national renown. 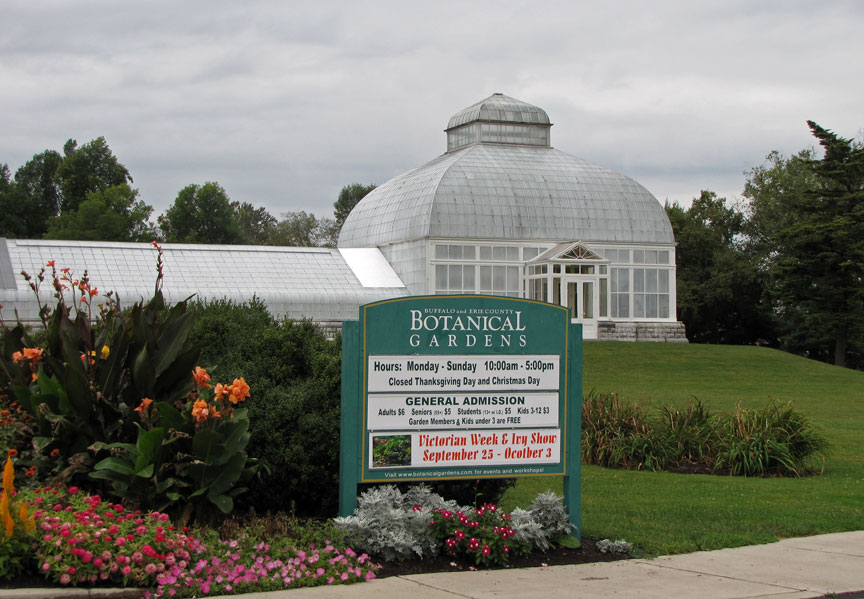 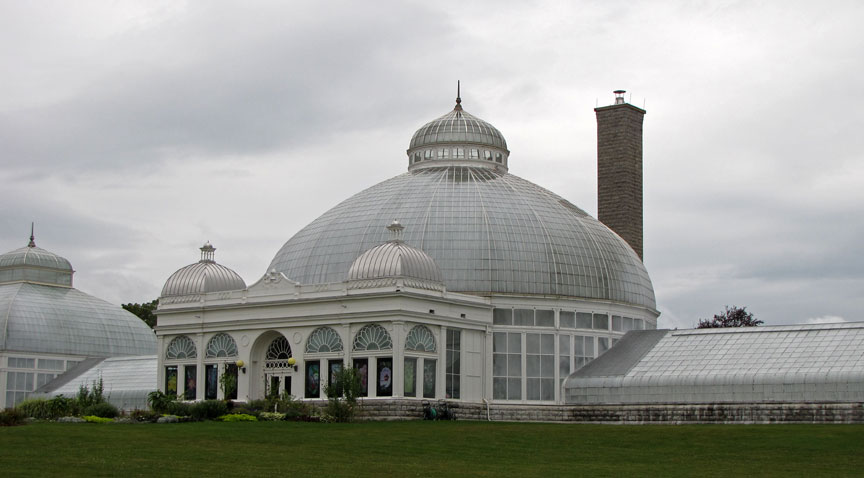 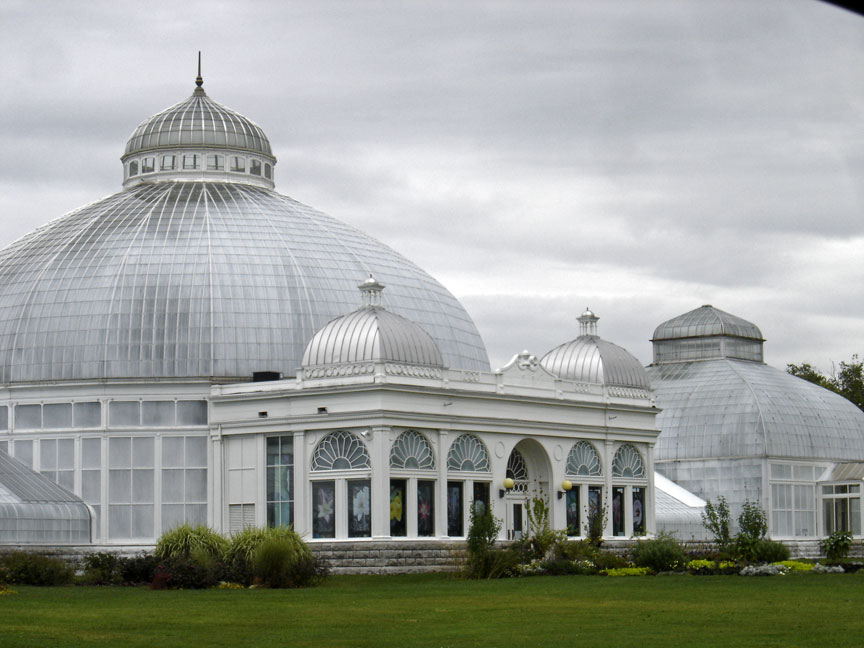 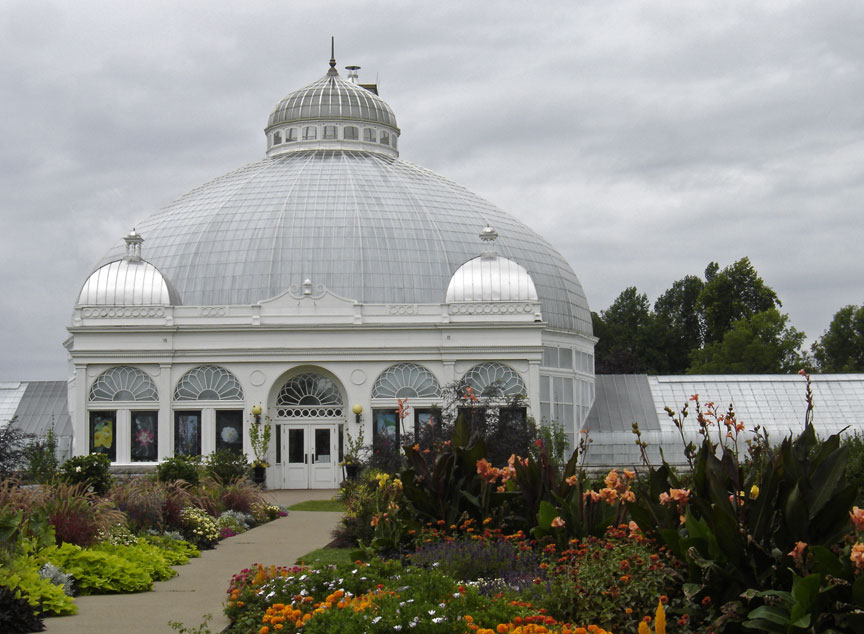 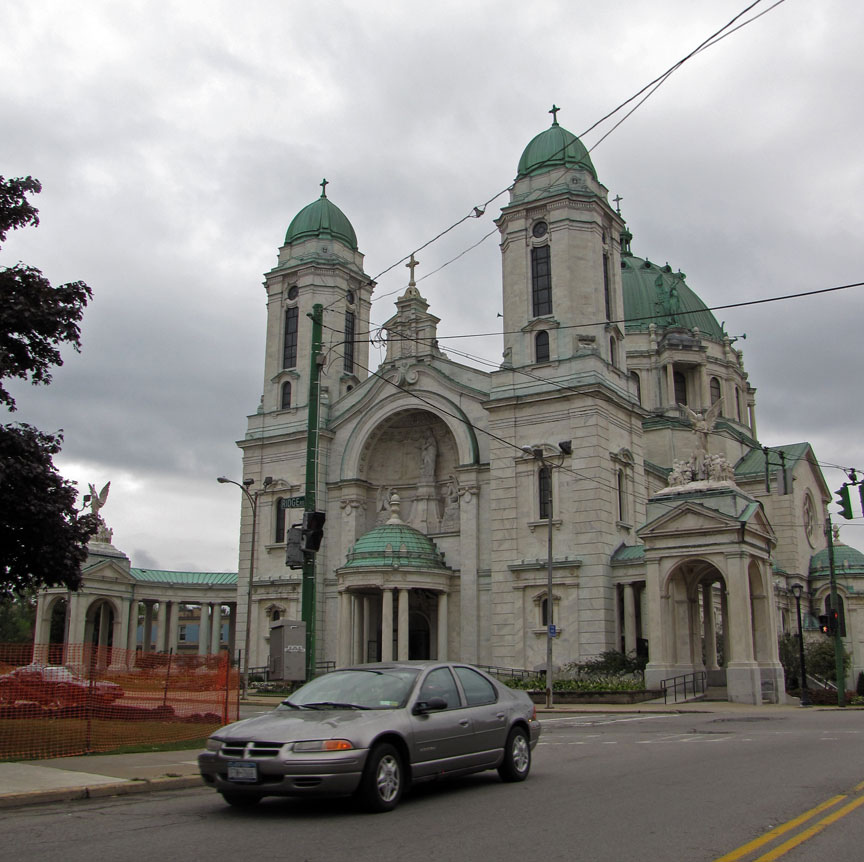