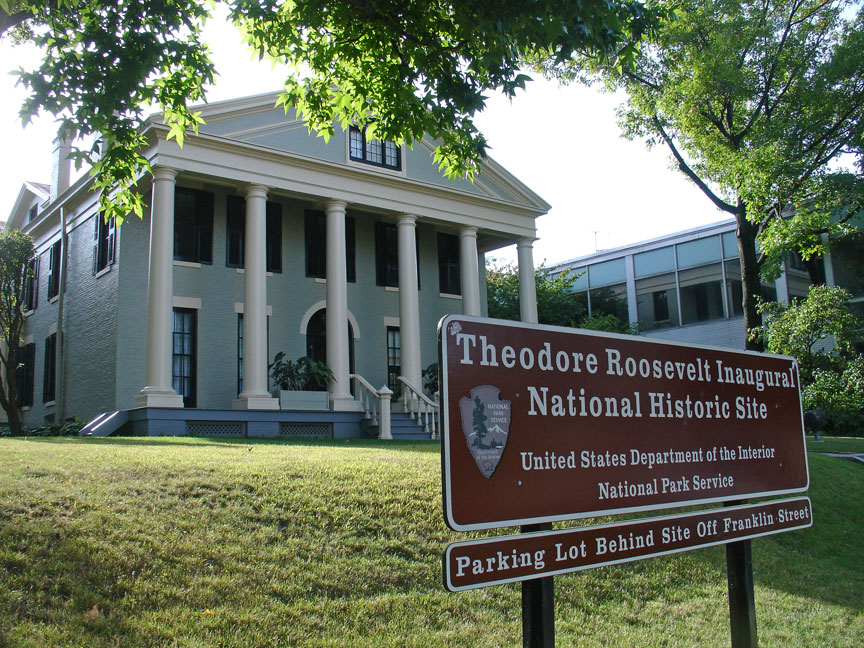 Theodore Roosevelt Inaugural National Historic Site preserves the Ansley Wilcox House, at 641 Delaware Avenue in Buffalo, New York. Here, after the assassination of William McKinley, Theodore Roosevelt took the oath of office as President of the United States on September 14, 1901. A New York historical marker outside of the house indicates that it was the site of Theodore Roosevelt's Inauguration. 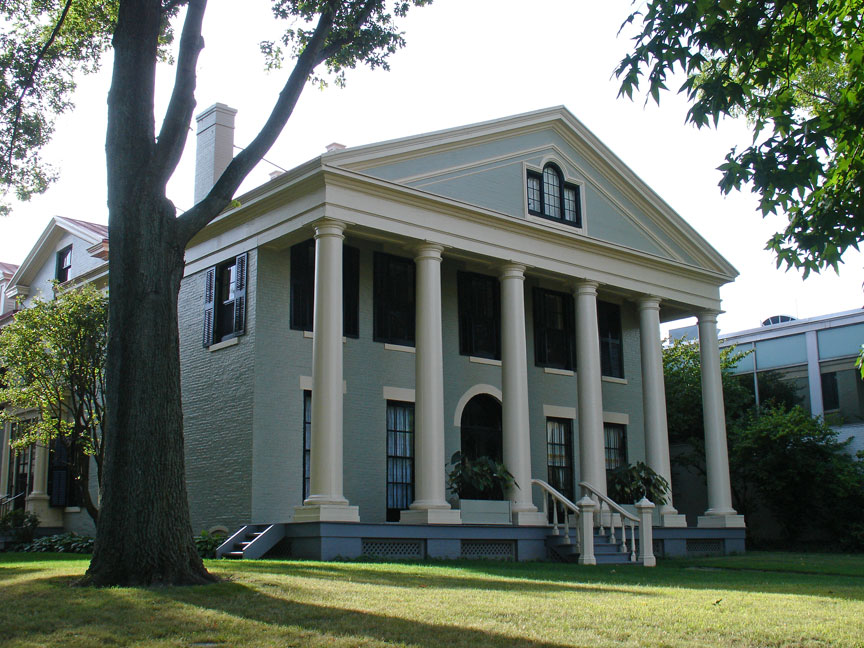 The oldest part of the National Historic Site includes the lone surviving structure from the Buffalo Barracks compound. Due to tensions between the U.S. and Anglo-Canada, a military post was constructed to ensure border security. Built in 1839, the post encompassed all the land from Allen Street to North Street and Delaware Ave to Main Street. The structure that would later be incorporated into the Theodore Roosevelt Inaugural National Historic Site started life in 1840 as the Barrack's officer's quarters. 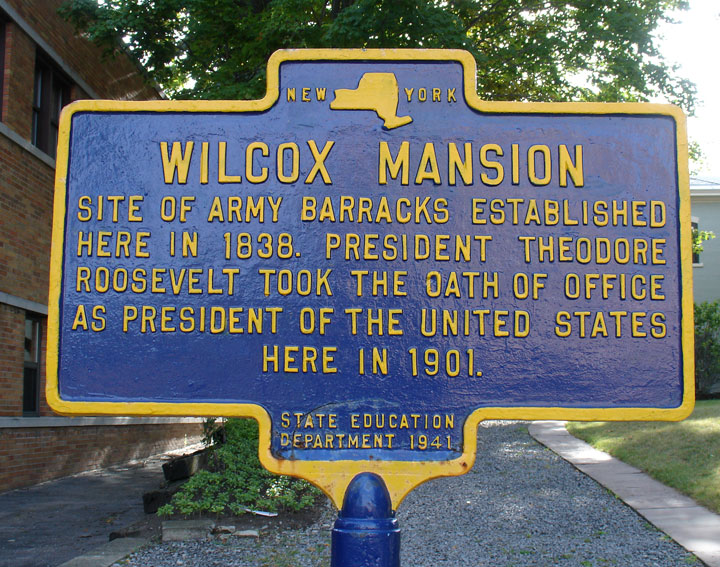 After the post was disbanded in 1845, the home reverted to a private residence. Subsequent owners continued to modify the structure adding and demolishing out structures and additions. In the late 1800s, Dexter Rumsey gave the property to his son-in-law Ansley Wilcox and his wife Mary Grace Rumsey. The newest inhabitants made extensive renovations to the structure. Plans of these renovations are still on file at the Historic Site. 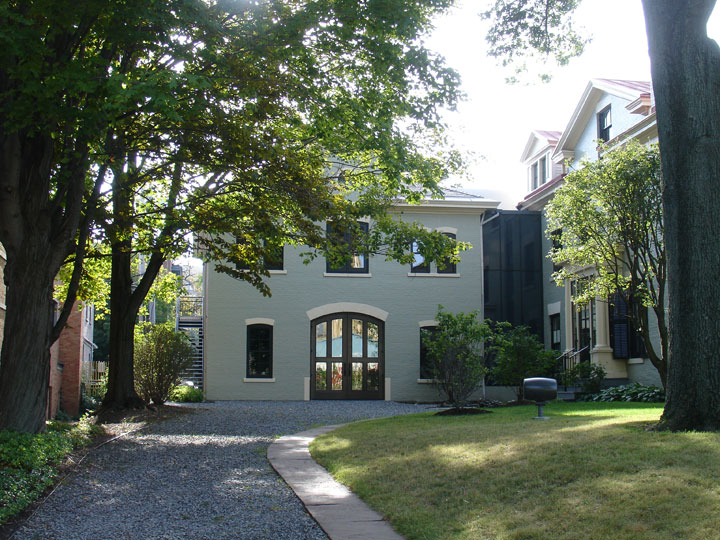 the carriage house
now used as the Visitor's Center

In 1901, while attending the Pan-American Exposition, anarchist Leon Czolgosz twice shot President William McKinley. Although early doctor's reports on the President's condition were positive, McKinley's condition soon worsened. Vice-President Theodore Roosevelt rushed back to Buffalo, but arrived only after McKinley had died. 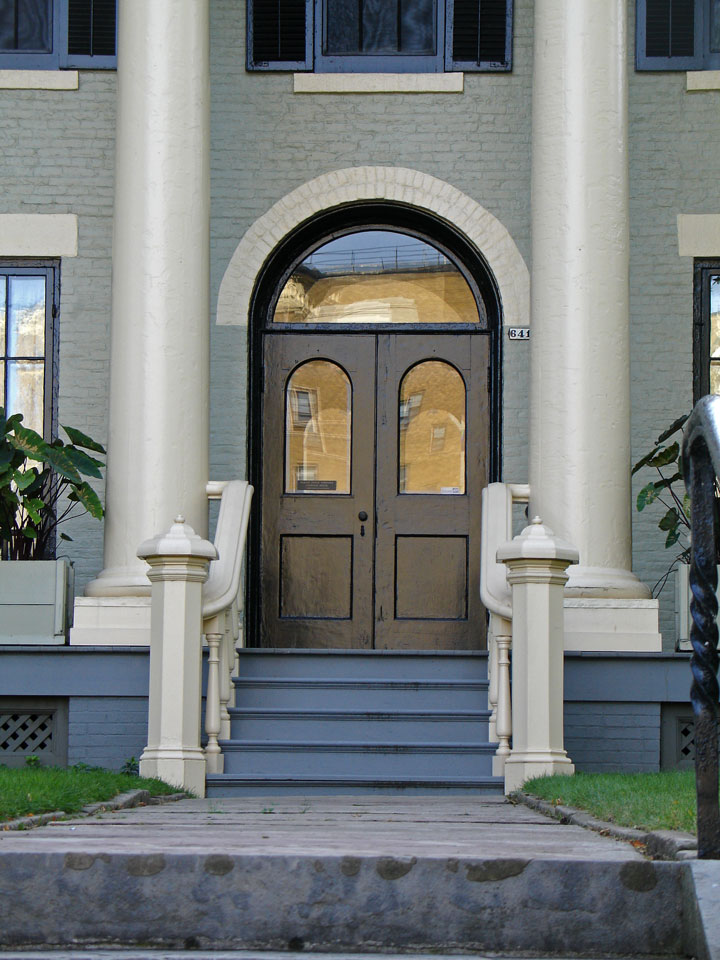 It was decided to conduct the inauguration immediately due to the tragic and politically charged circumstances of the President's death. The most appropriate site was determined to be the Wilcox home. Approximately 50 dignitaries, family members and cabinet officials gathered in the front library for the inauguration. Federal Judge John R. Hazel administered the oath. No photograph image exists of the ceremony itself, although the room was heavily photographed after the inauguration had concluded. 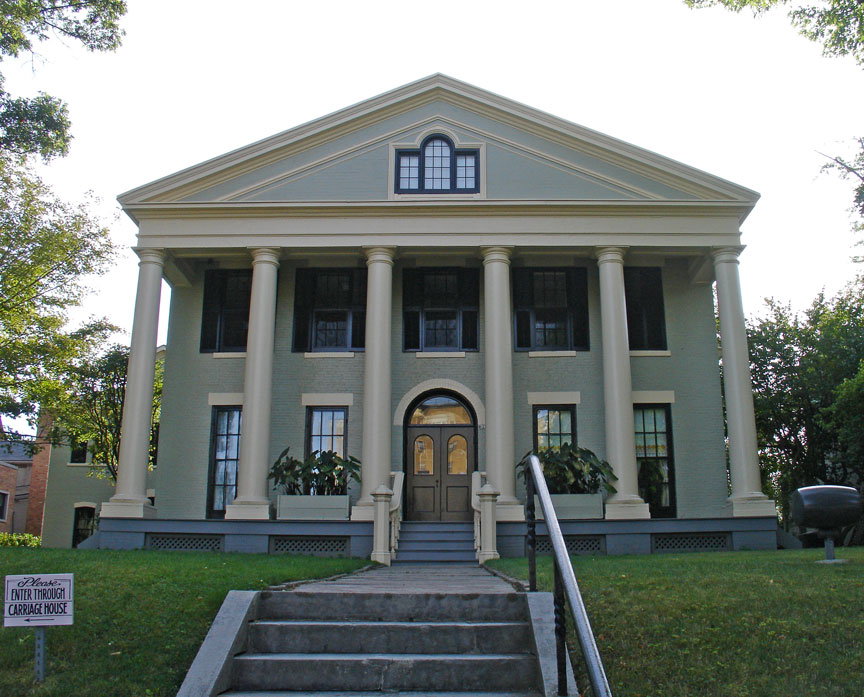 The Wilcoxes continued to live in the home until their deaths in the 1930s. The home's furniture was sold at a public auction and the property became the Kathryn Lawrence Restaurant. The proprietors removed interior walls, demolished a carriage house, and painted many of the finished wood surfaces before the restaurant ceased operations in 1961."The House at 641 Delaware".