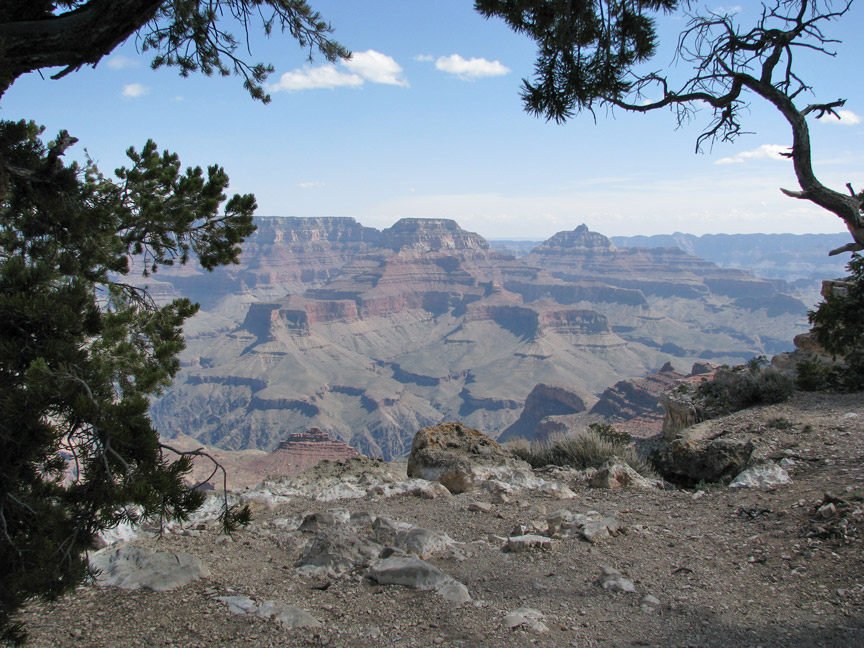 The Grand Canyon is a steep-sided gorge carved by the Colorado River in the U.S. state of Arizona. It is largely contained within the Grand Canyon National Park — one of the first national parks in the United States. President Theodore Roosevelt was a major proponent of preservation of the Grand Canyon area, and visited on numerous occasions to hunt and enjoy the scenery. 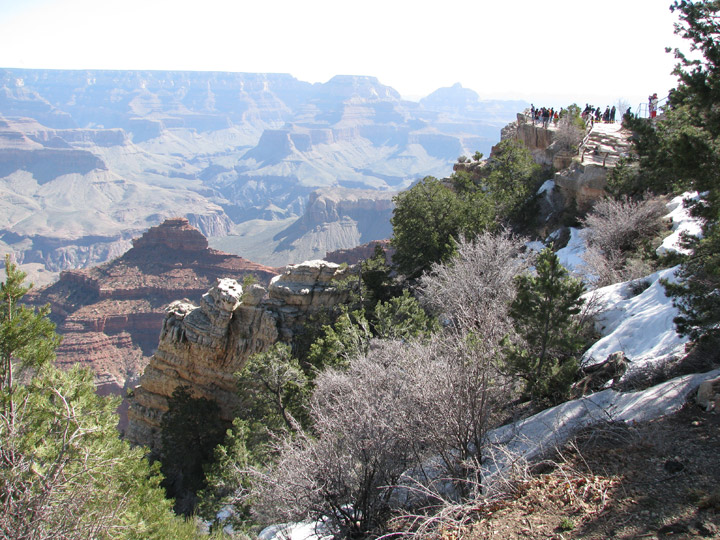 The longstanding scientific consensus has been that the canyon was created by the Colorado River over a period of six million years, but research released in 2008 suggests a much longer 17 million year time span. The canyon is 277 miles (446 km) long, ranges in width from 4 to 18 miles (6.4 to 29 km) and attains a depth of more than a mile (1.6 km). Nearly two billion years of the Earth's history have been exposed as the Colorado River and its tributaries cut their channels through layer after layer of rock while the Colorado Plateau was uplifted. The "canyon started from the west, then another formed from the east, and the two broke through and met as a single majestic rent in the earth some six million years ago. The merger apparently occurred where the river today, coming from the north, bends to the west, in the area known as the Kaibab Arch." 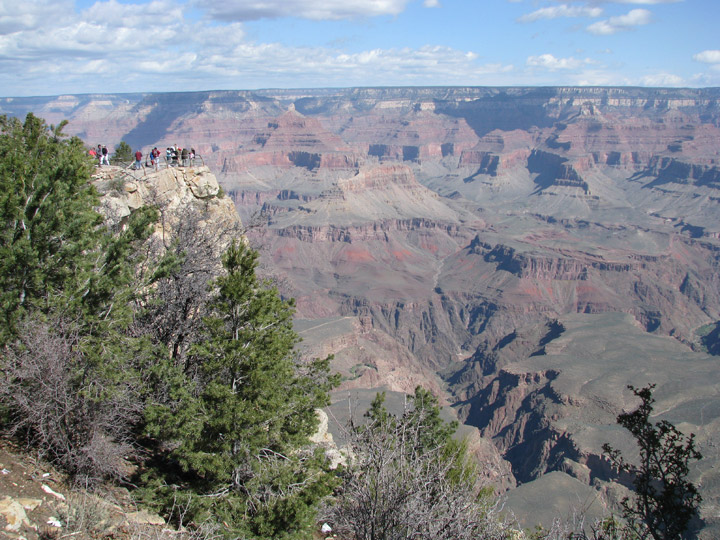 During prehistory, the area was inhabited by Native Americans who built settlements within the canyon and its many caves. The Pueblo people considered the Grand Canyon ("Ongtupqa" in Hopi language) a holy site and made pilgrimages to it. 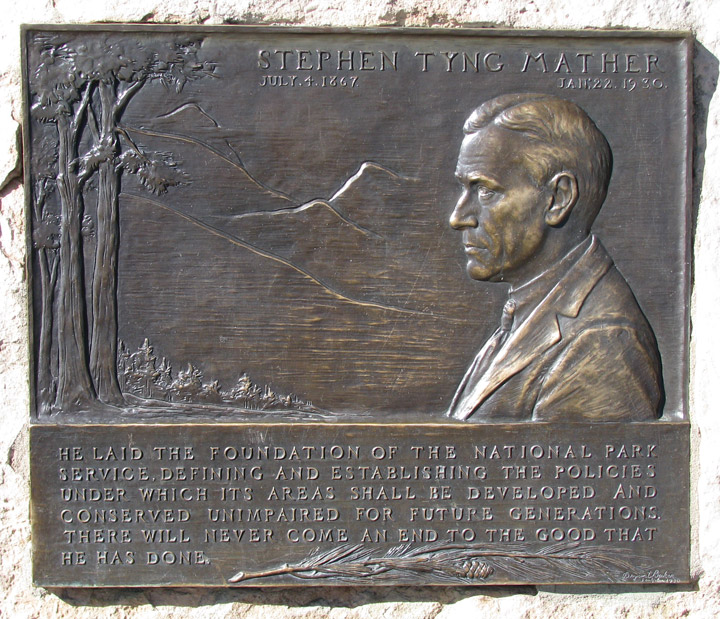 The first European known to have viewed the Grand Canyon was García López de Cárdenas from Spain, who arrived in 1540. 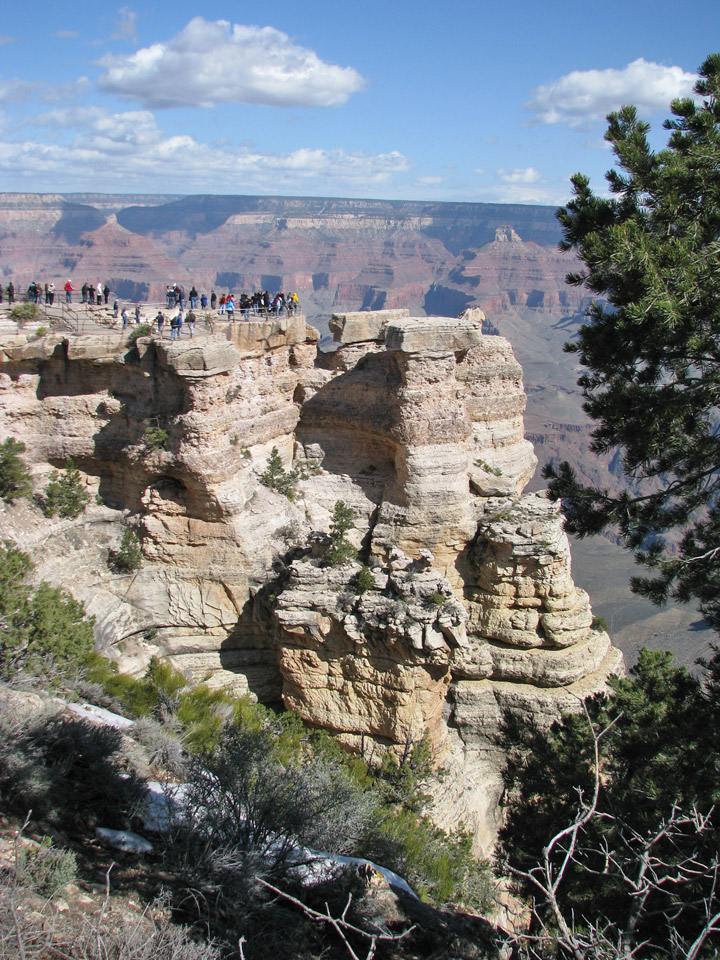 The Grand Canyon was largely unexplored until after the U.S. Civil War. In 1869, Major John Wesley Powell, a one-armed Civil War veteran with a thirst for science and adventure, made the first recorded journey through the canyon on the Colorado River. He accomplished this trek with nine men in four small wooden boats, though only six men completed the journey. Powell referred to the sedimentary rock units exposed in the canyon as "leaves in a great story book". 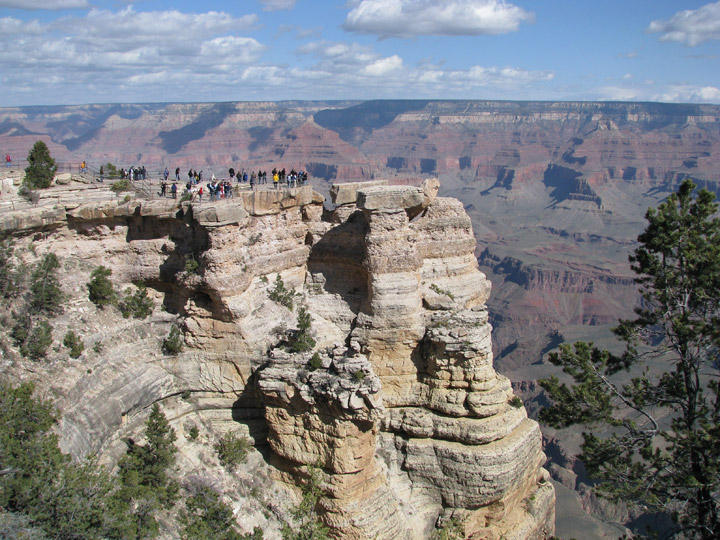 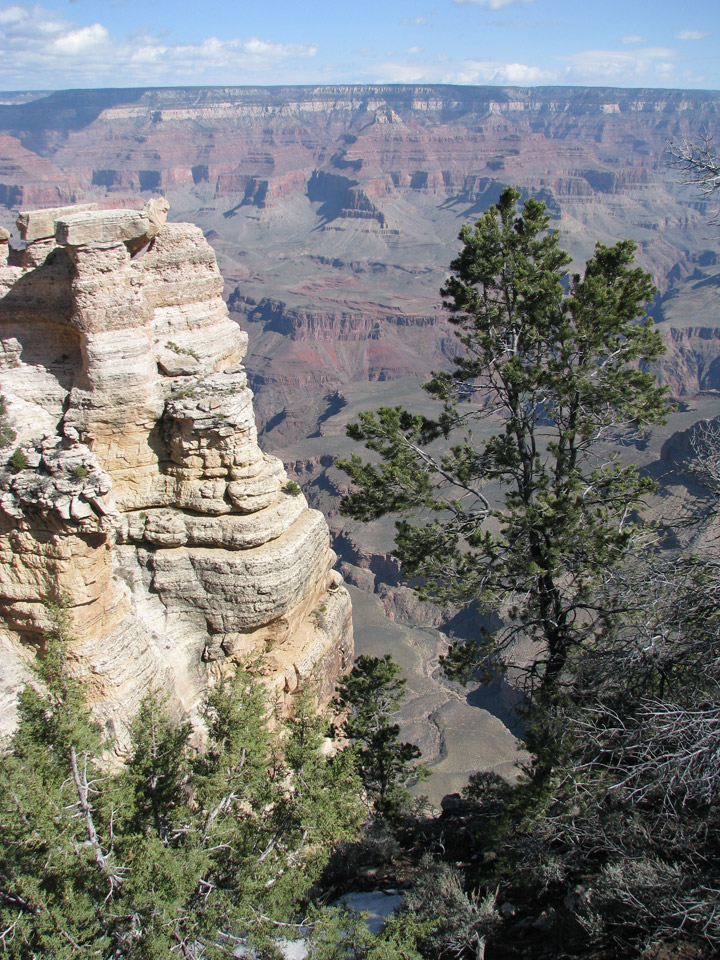 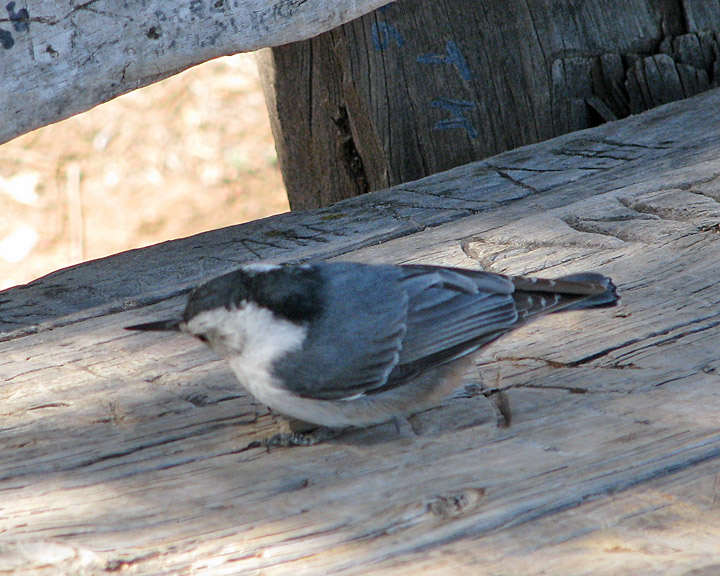 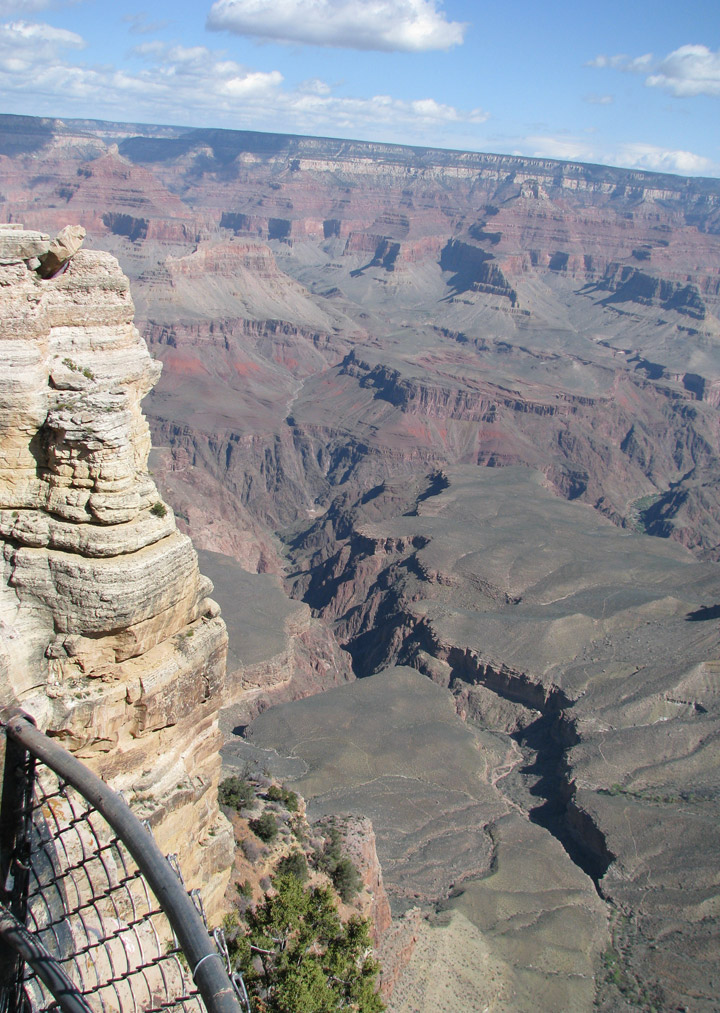 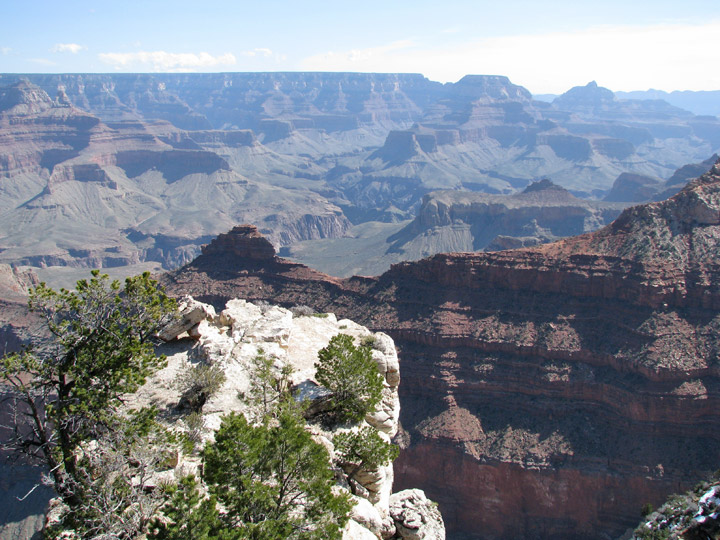 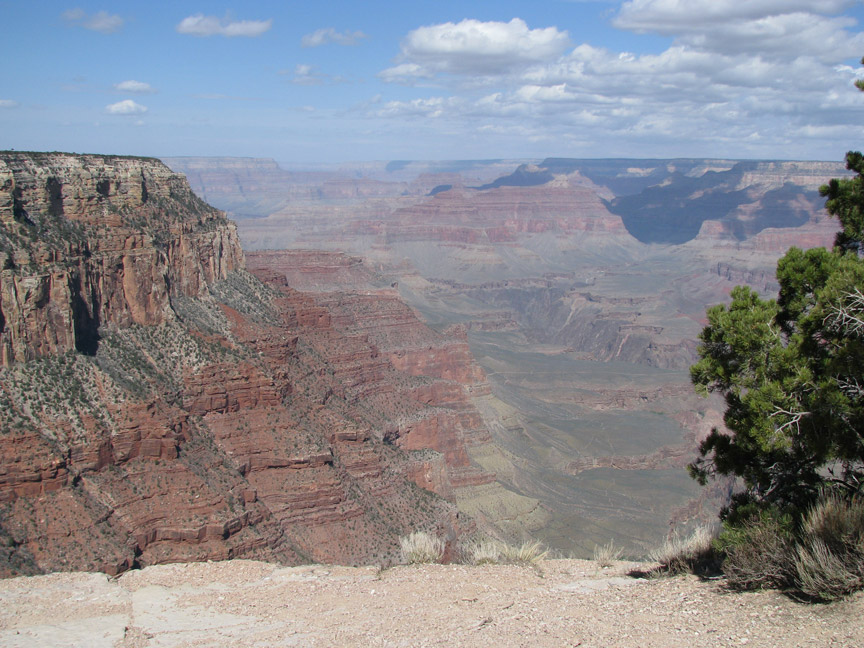 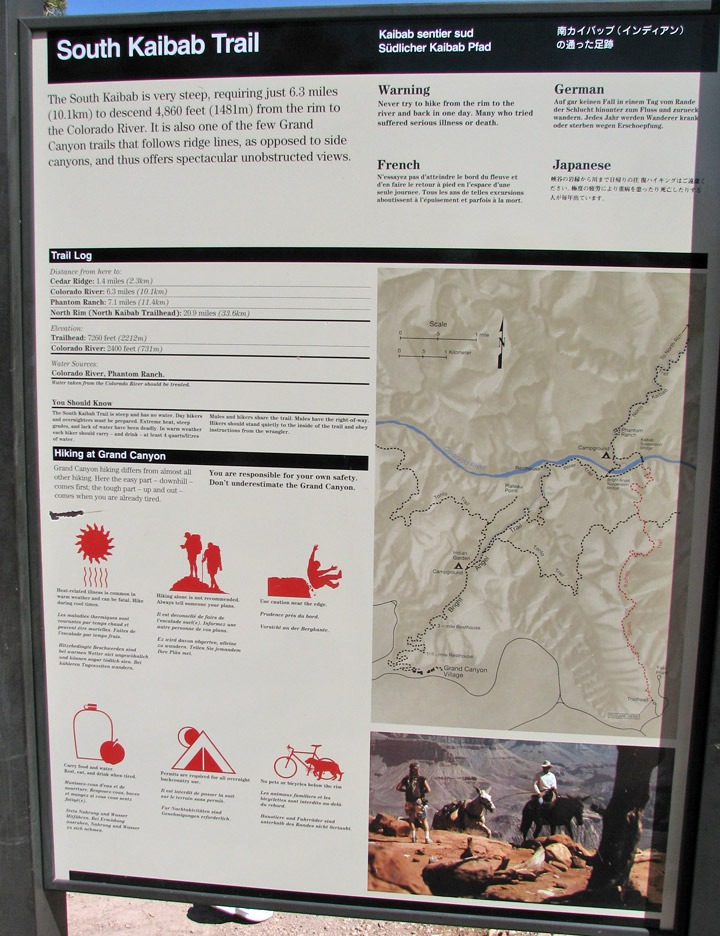 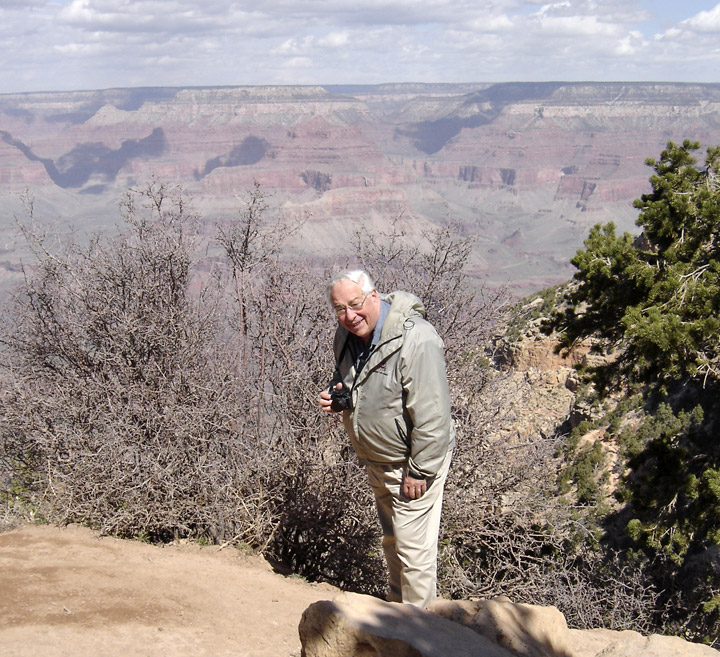 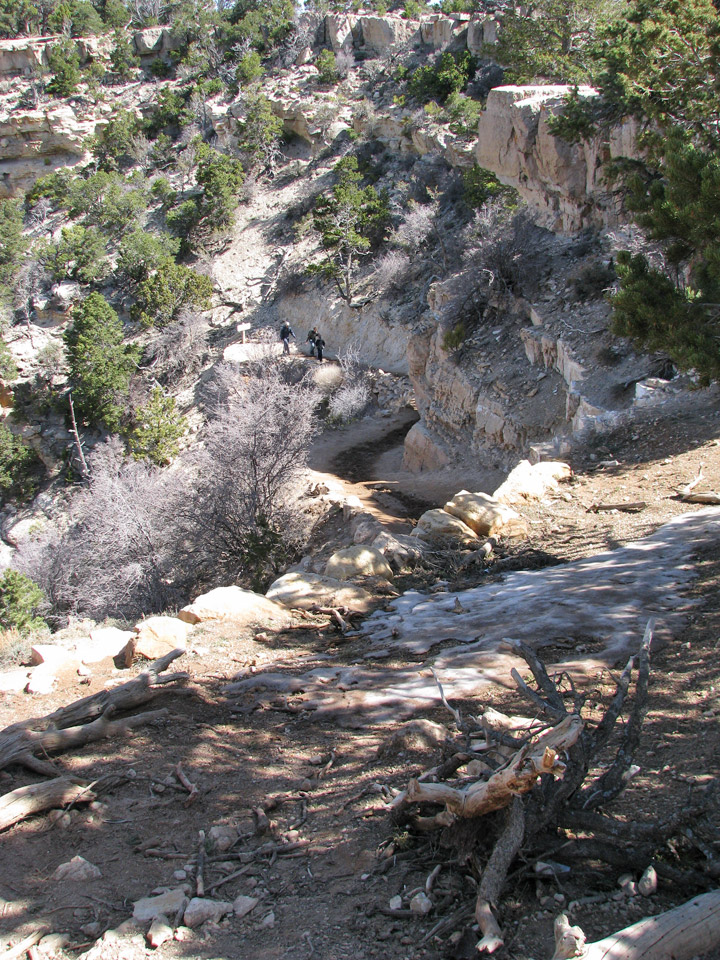 people on the South Kaibab Trail 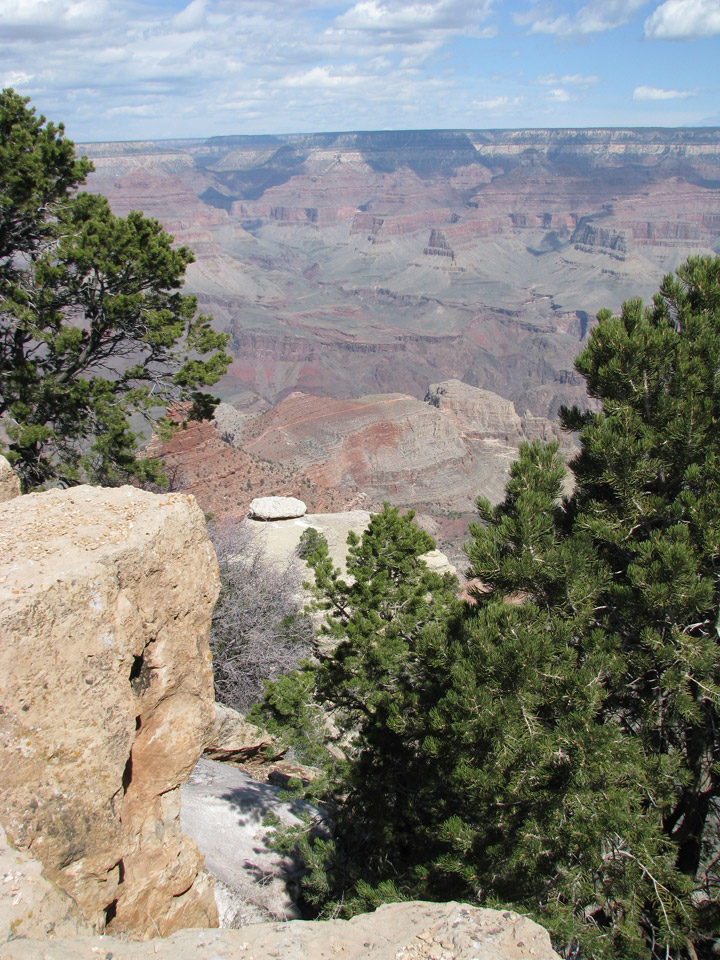 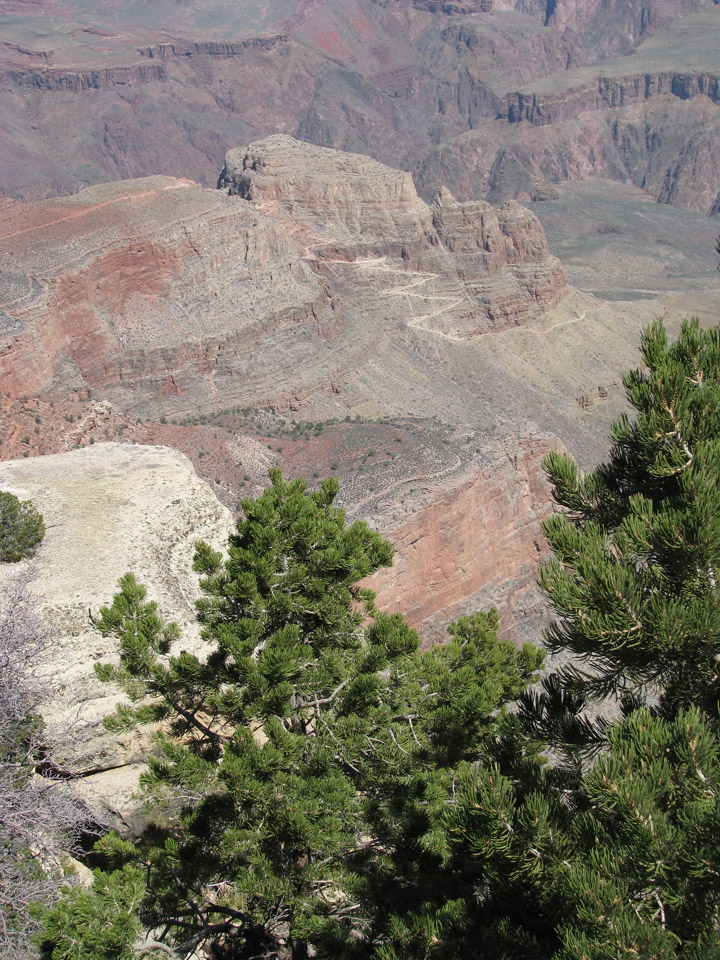 view of the South Kaibab Trail 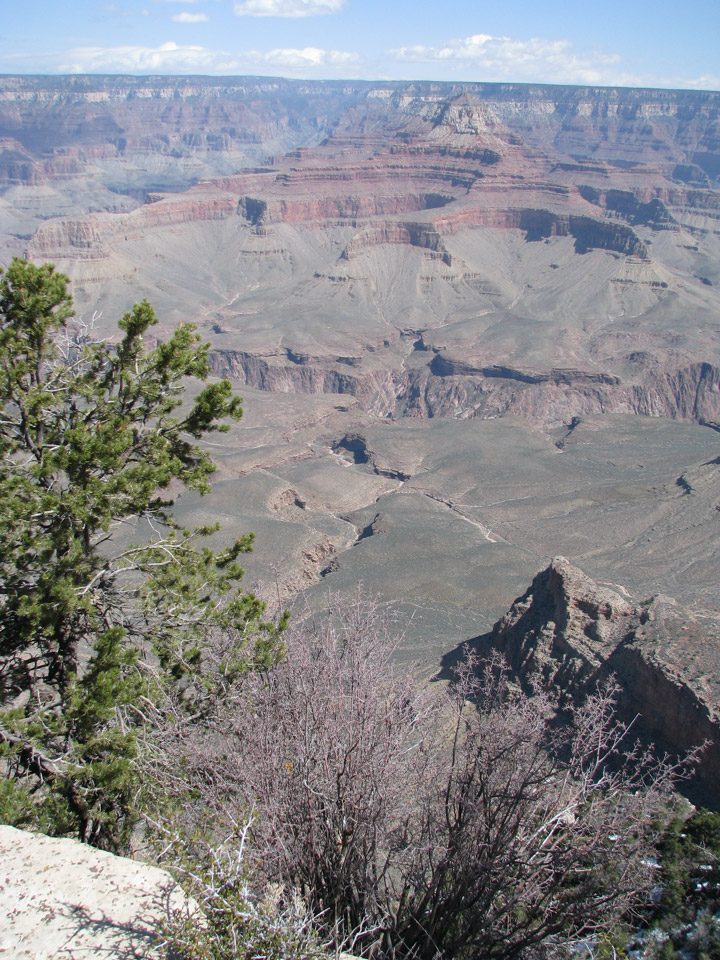 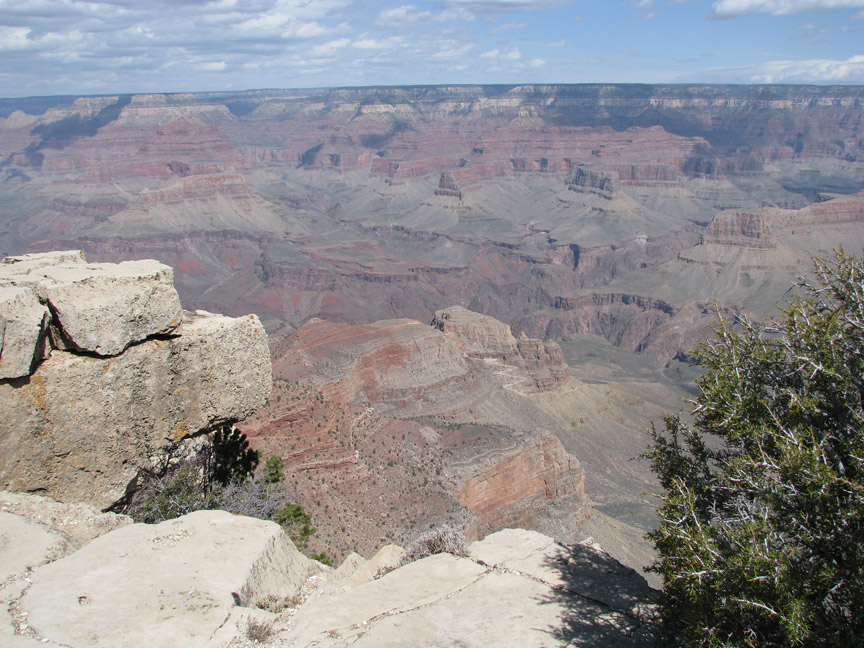 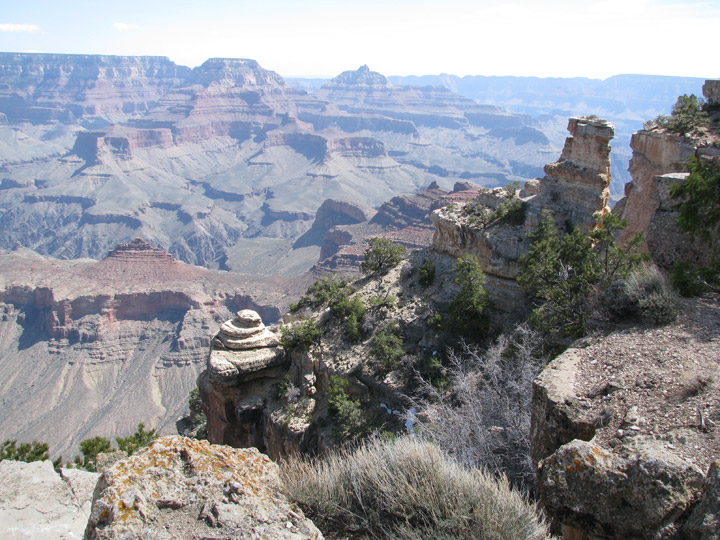 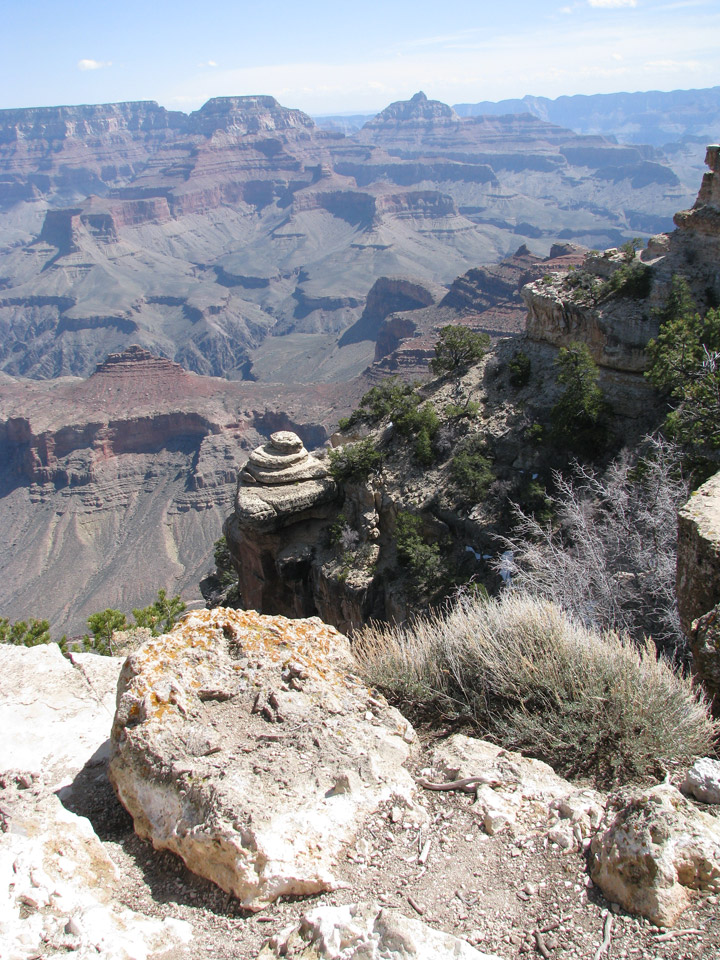 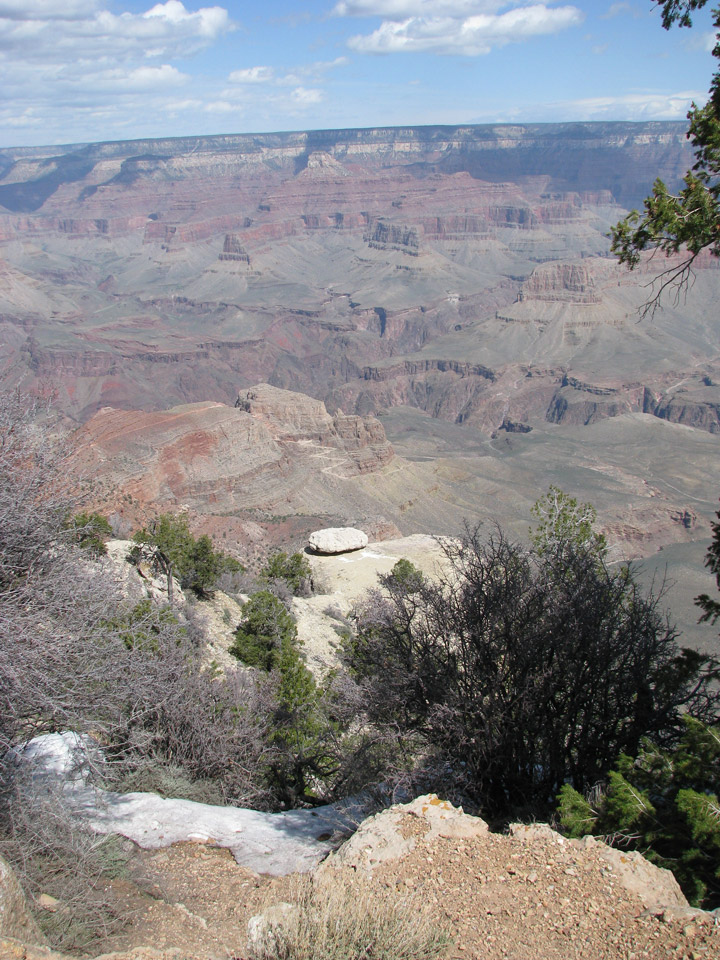 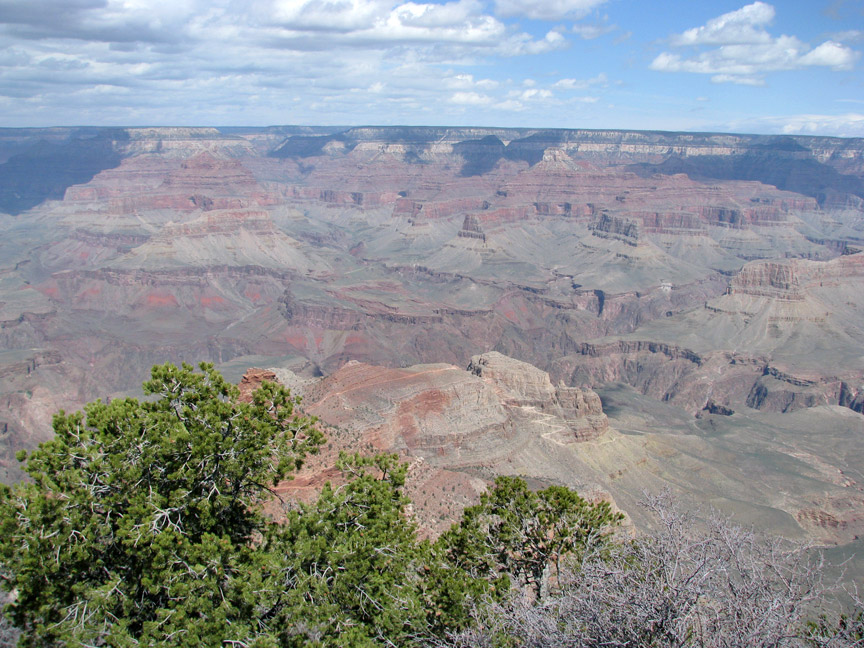 More Photos of the Grand Canyon