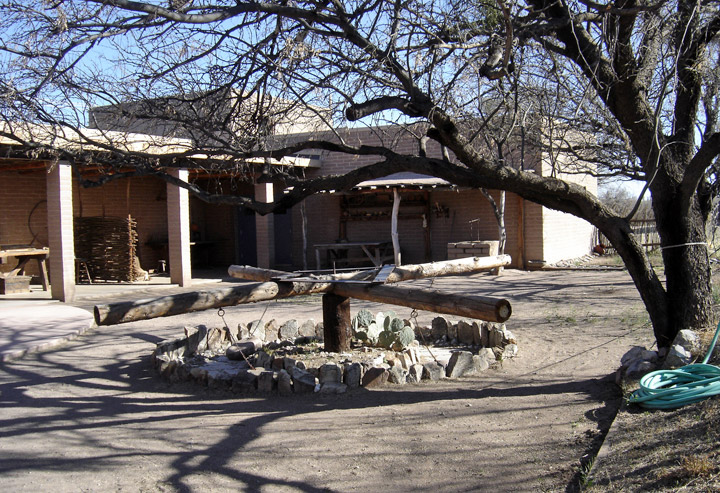 Tubac Presidio State Historic Park, located in Tubac, Arizona, preserves the ruins of the Tubac Presidio and various other buildings, thereby presenting a timeline of human settlement in this Southern Arizona town. The park contains a museum, a number of historic sites, an underground archeology exhibit displaying the excavated foundations of the Tubac Presidio, and a picnic area. Various cultural events are held on-site throughout the year, including Anza Days (October), Los Tubaqueños living history presentations (Sundays from October through March), archeological tours, and nature walks. The park is administered by Arizona State Parks and was the first park in the Arizona state park system. 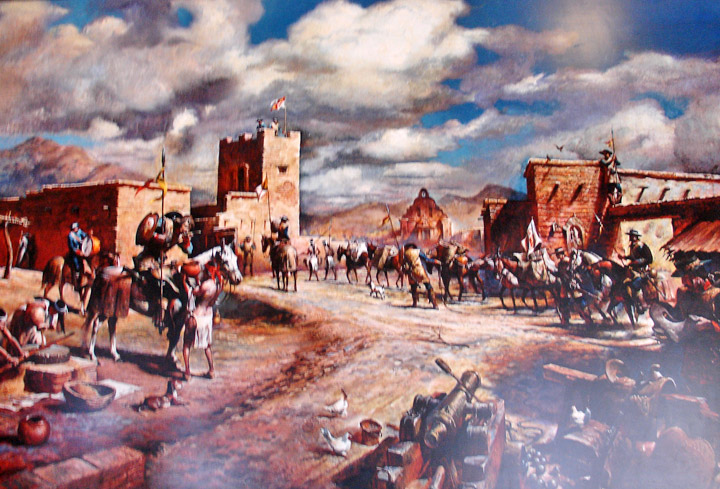 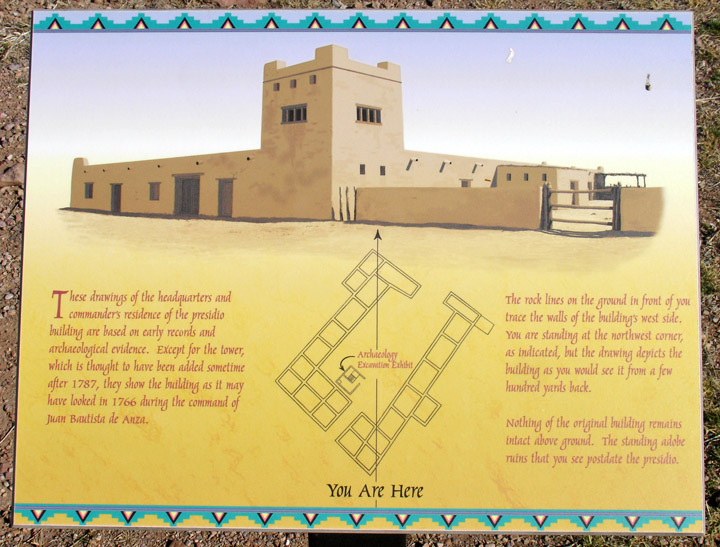 As the Spanish Empire attempted to expand into the frontiers of New Spain, Catholic missions were established throughout modern-day Mexico and the US Southwest. Of these many churches, one was established at nearby Tumacácori in 1691 and Tubac, then a small Pima Indian village, was set up as a mission farm and ranch. Spanish colonists started to colonize the area in the 1730s; twenty years later the Pimas, led by Luis of Saric, led an uprising against the Spanish in 1751 and the settlement at Tubac was destroyed. A year later, the Pimas surrendered and the Presidio San Ignacio de Tubac was established to protect the town and the surrounding area from further rebellion. Tubac became the first European settlement in what today is the state of Arizona. 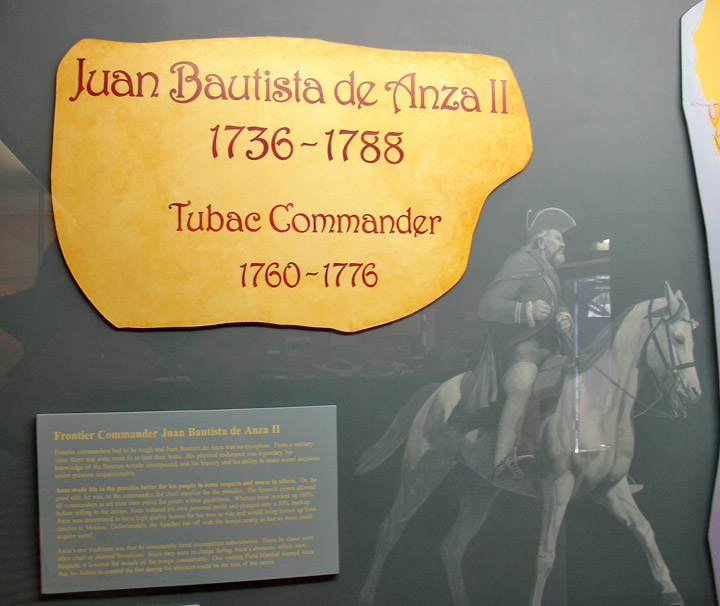 Threatened by the establishment of a Russian fort immediately north of the San Francisco Bay area, the Spanish sent Juan Bautista de Anza to establish an overland route to and a presidio and mission in the San Francisco area. The expedition passed through Tubac in early 1774. Several years later, the Tubac garrison was moved north to Tucson, leaving Tubac undefended against Apache raids. As a result, the presidio was reactivated in 1787. 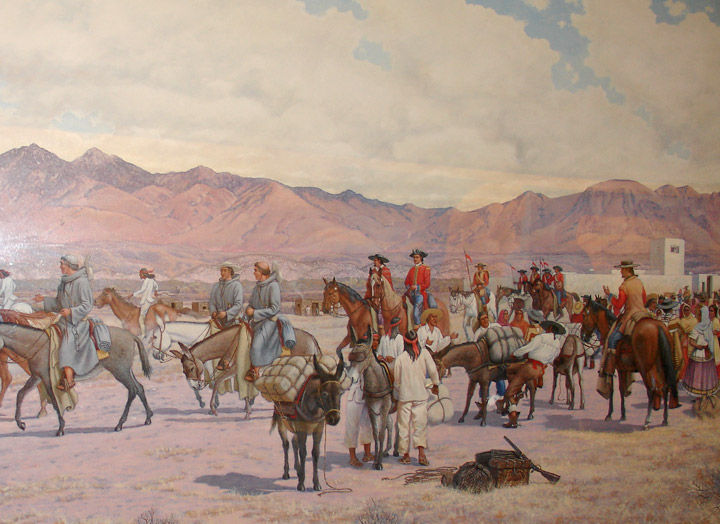 Tubac became part of an independent Mexico in 1821 and then part of the United States in 1853 as a result of the Gadsden Purchase. With the arrival of the Americans came Charles D. Poston, who established the Sonora Exploring and Mining Company in Tubac. Poston performed marriages, granted divorces, officiated baptisms, printed his own money to pay his employees, and even established Arizona's first newspaper in 1859. The following year, Tubac became the largest town in the state. The prosperity was not to last, however, as the area's soldiers were called away to fight in the American Civil War . The town was again unprotected from the Apaches. The routing of the railroad through Tucson to the north and the discovery of silver around Tombstone to the east meant that Tubac would never regain its importance. 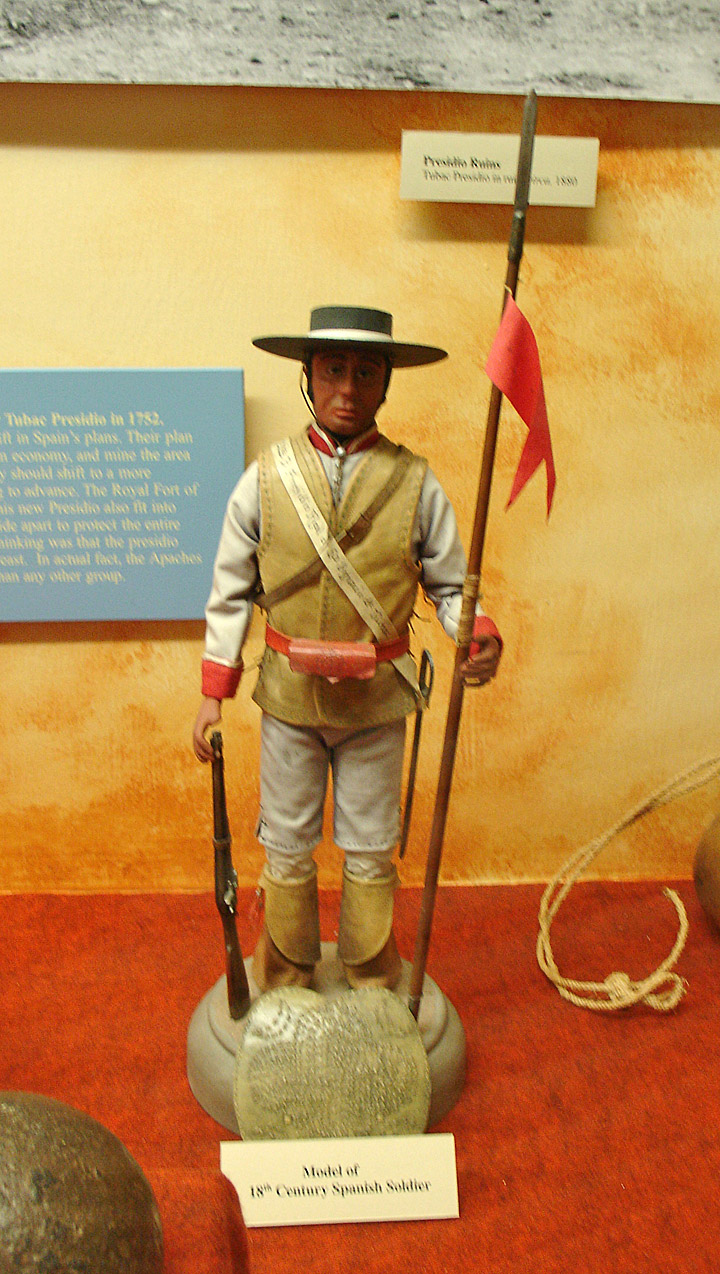 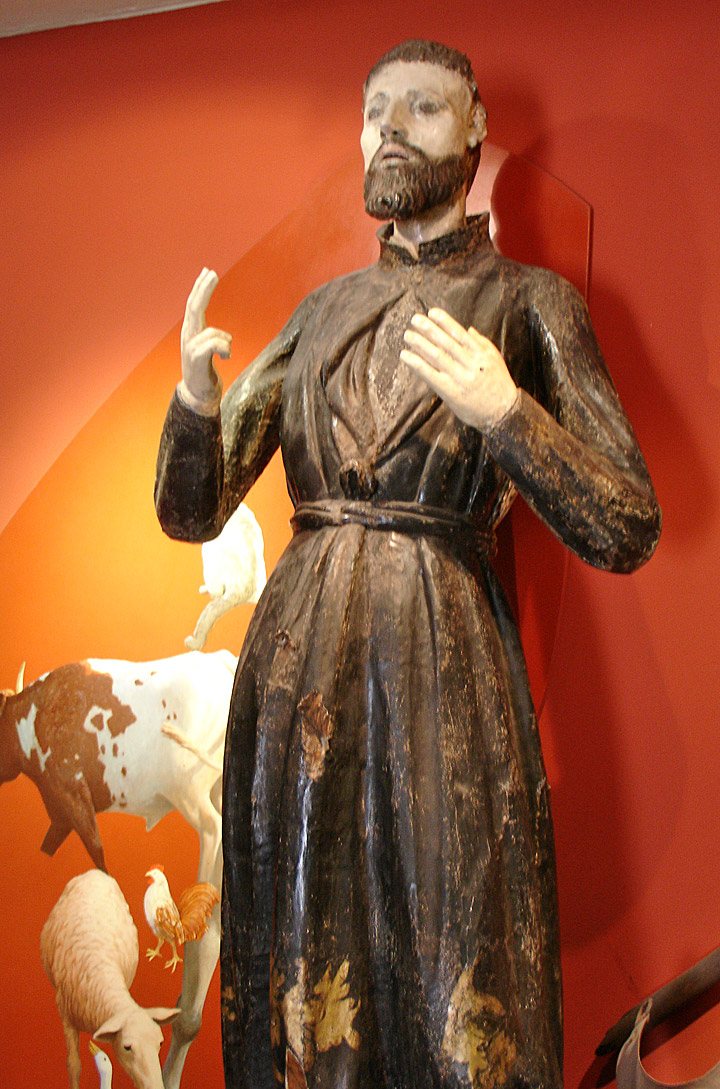 The centerpiece of the exhibits at Tubac Presidio State Historic Park is the underground display of the presidio's foundations. Excavated in 1974 by archeologists from The University of Arizona, portions of the presidio's foundation and walls can be viewed by visitors. Visitors may also enter the furnished 1885 schoolhouse, complete with desks, chalkboards, and a potbelly stove. Other buildings on site include the 1914 Otero Hall, a visitor center, and a museum with displays from the various historic periods of settlement in Tubac, including American Indian (pre-1752), Spanish Colonial (1752-1821), Mexican Republic (1821-1854), and Anglo Territorial (1854-1912). Adjacent to the park grounds is St. Ann's Church, which was built on the ruins of the former Iglésia de Santa Gertrudis, and the trailhead of the Tubac-to-Tumacácori portion of the Juan Bautista de Anza National Historic Trail. 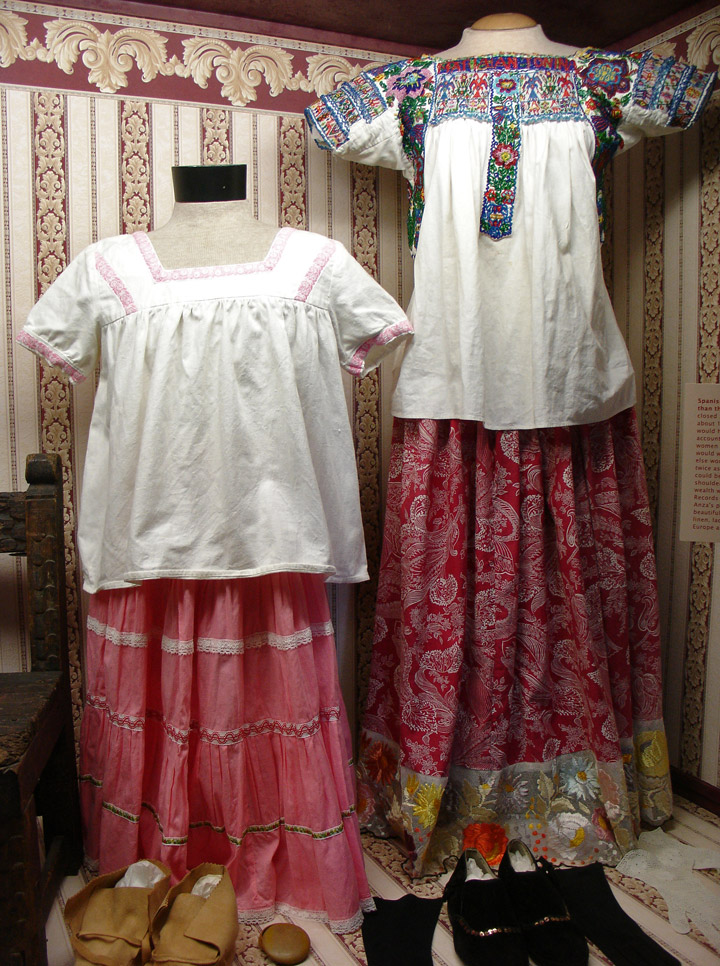 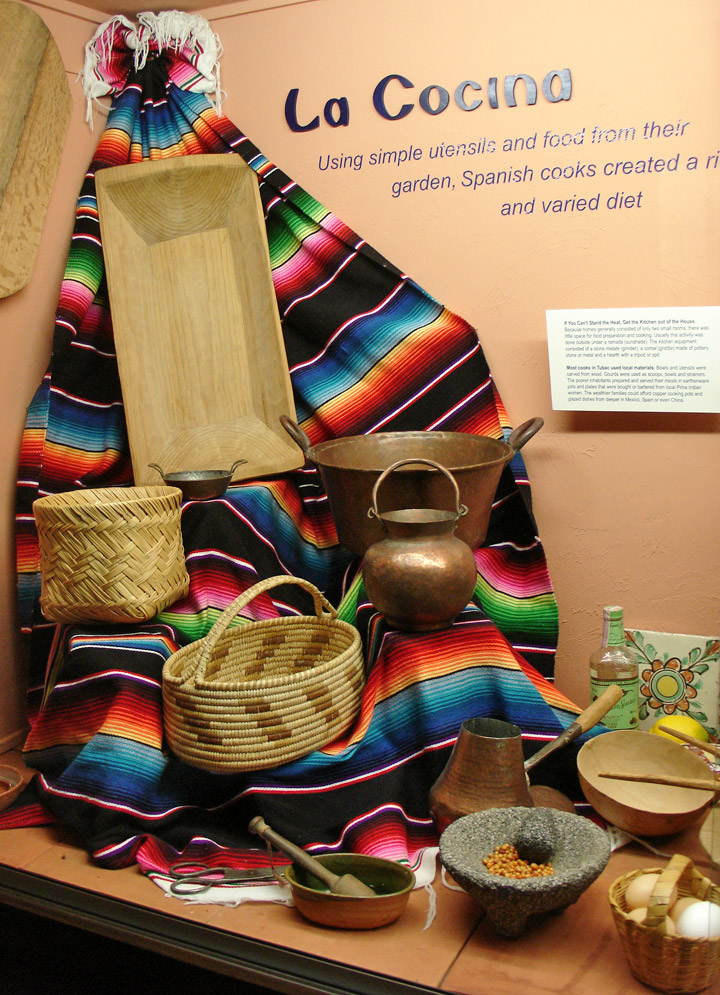 
Every October, the park hosts Anza Days to commemorate the arrival of Juan Bautista de Anza at the Tubac Presidio. Costumed actors on horseback arrive from nearby Tumacácori and discuss de Anza's trip to San Francisco. Other presentations at the weekend event include actor portrayals of the time periods during which Tubac has been active as well as mariachi music and cowboy rope tricks. 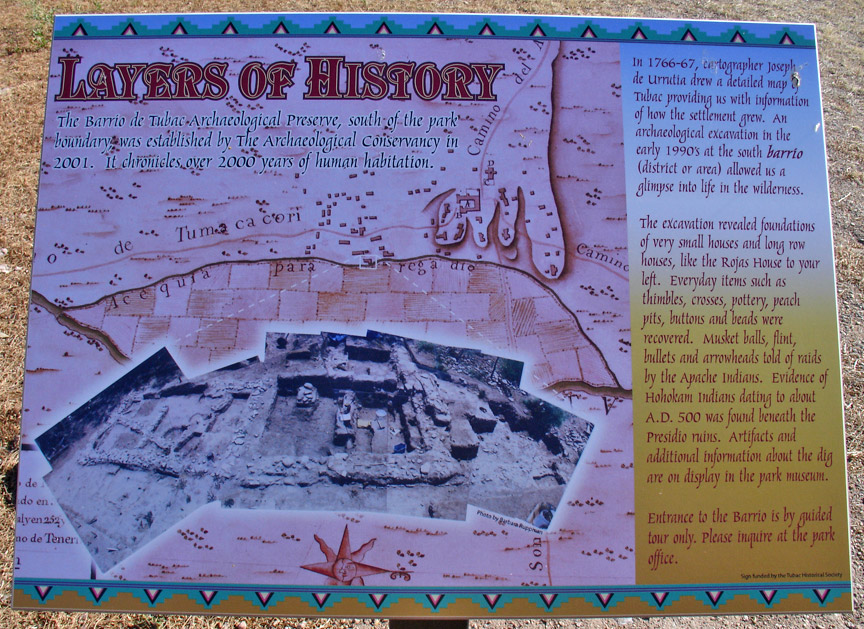 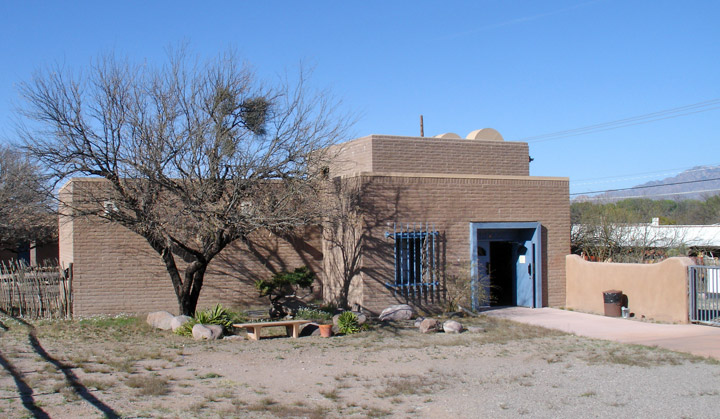 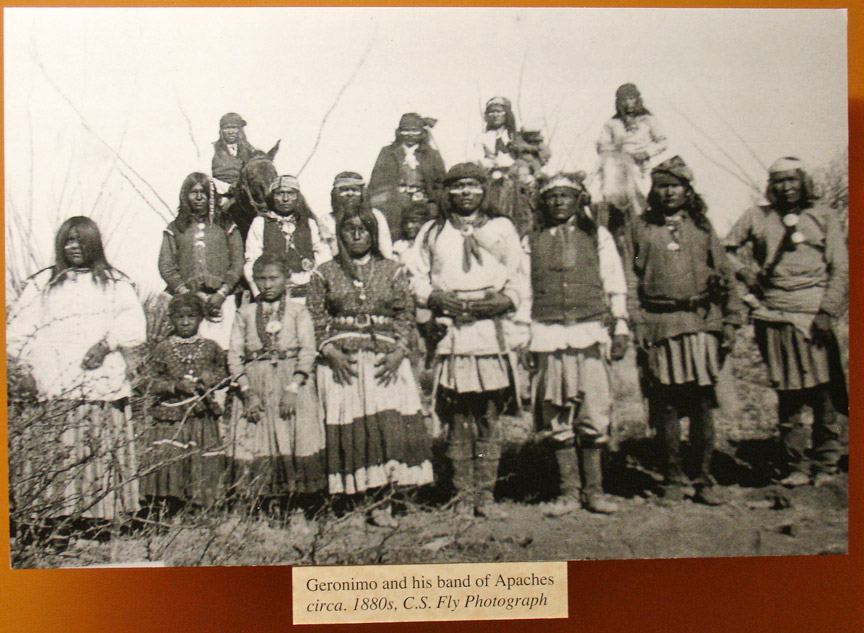 Geronimo and his band of Apaches 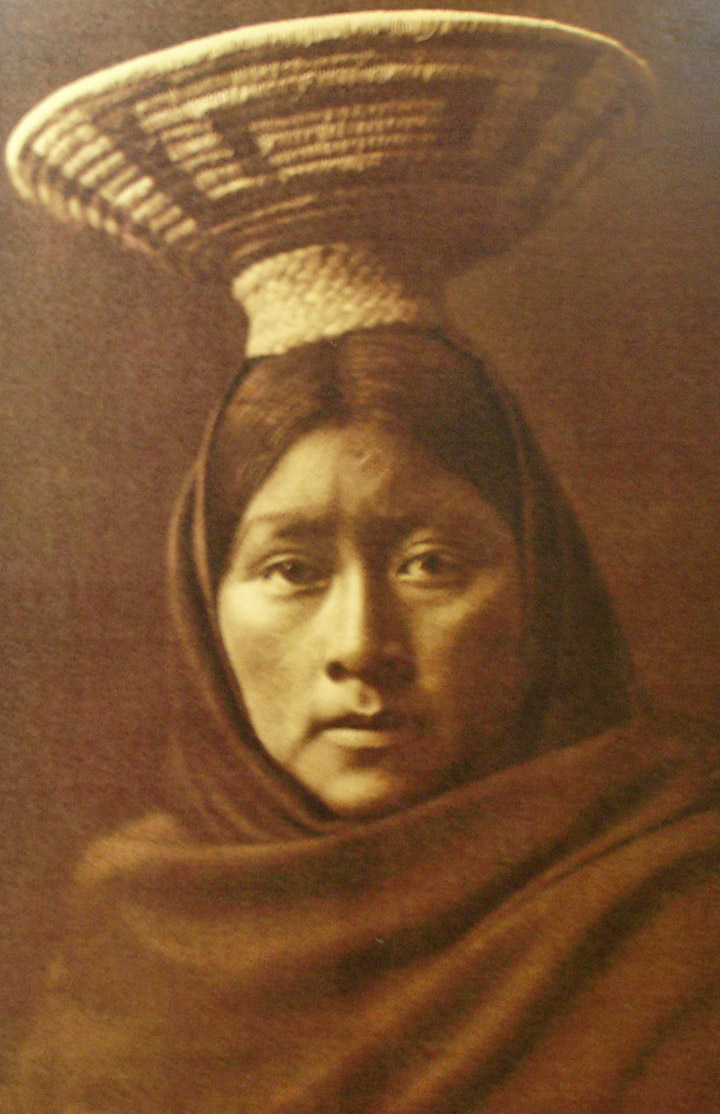 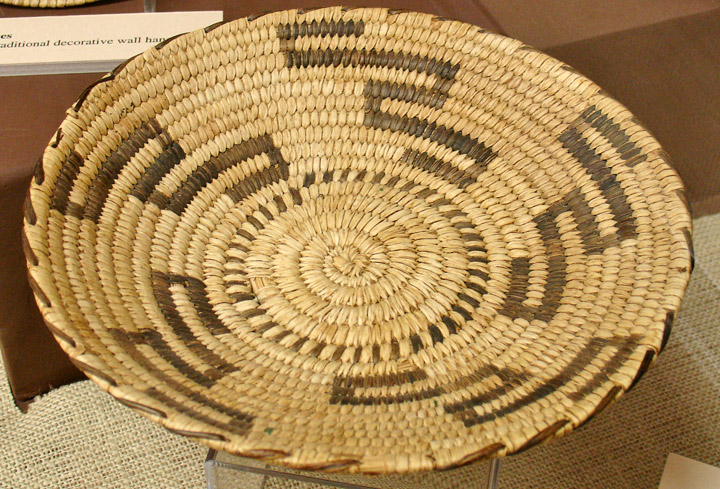 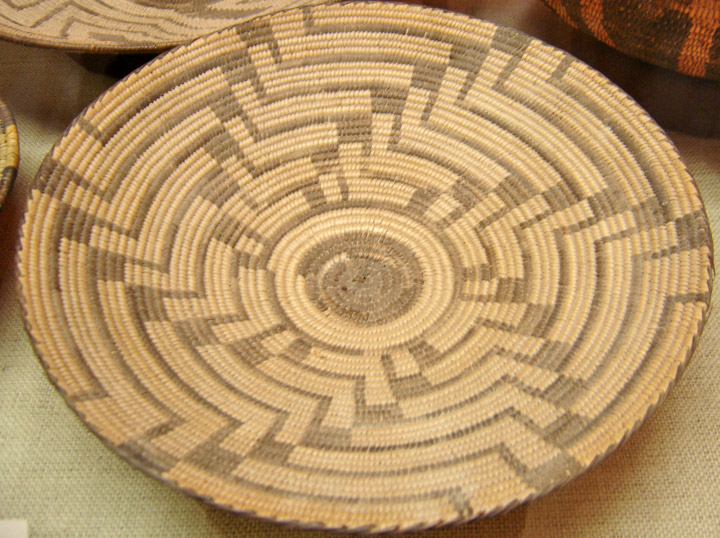 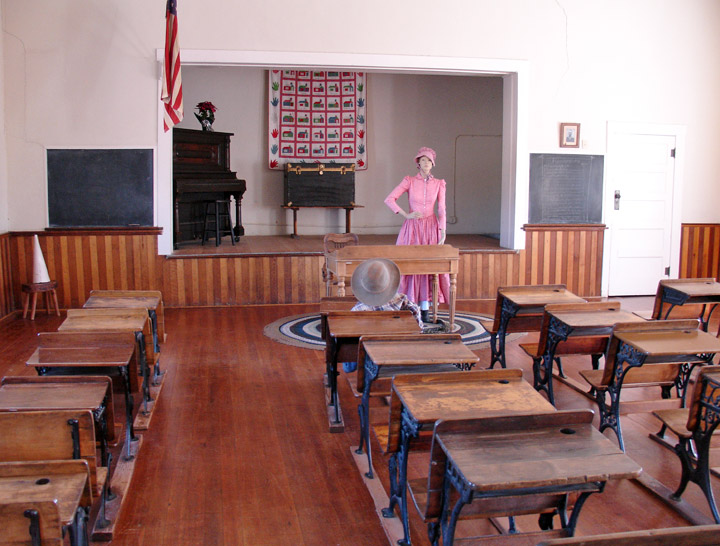 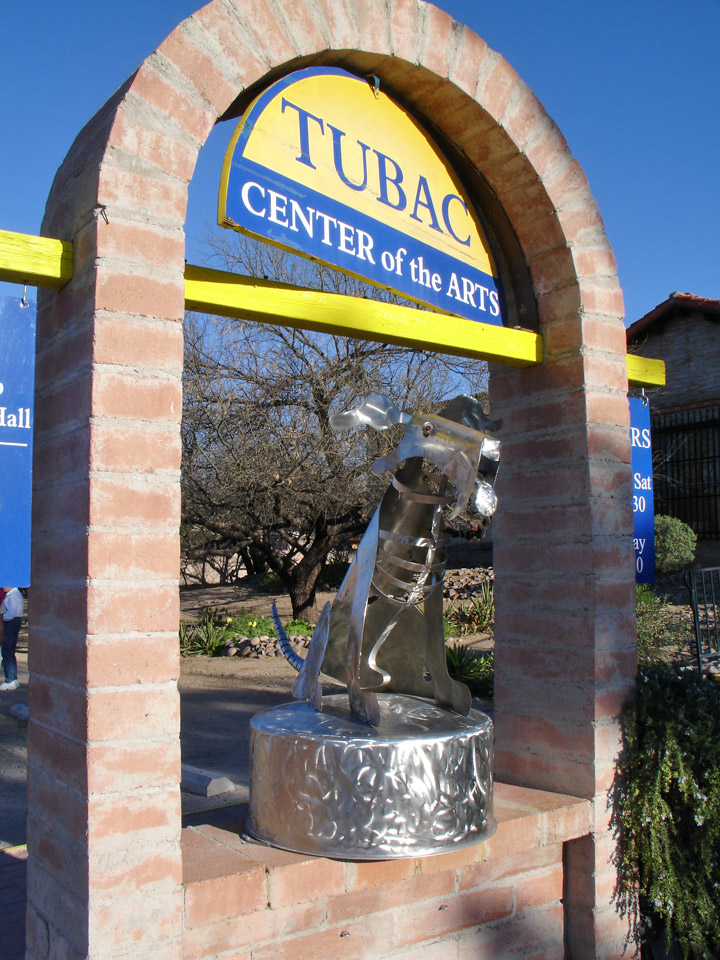 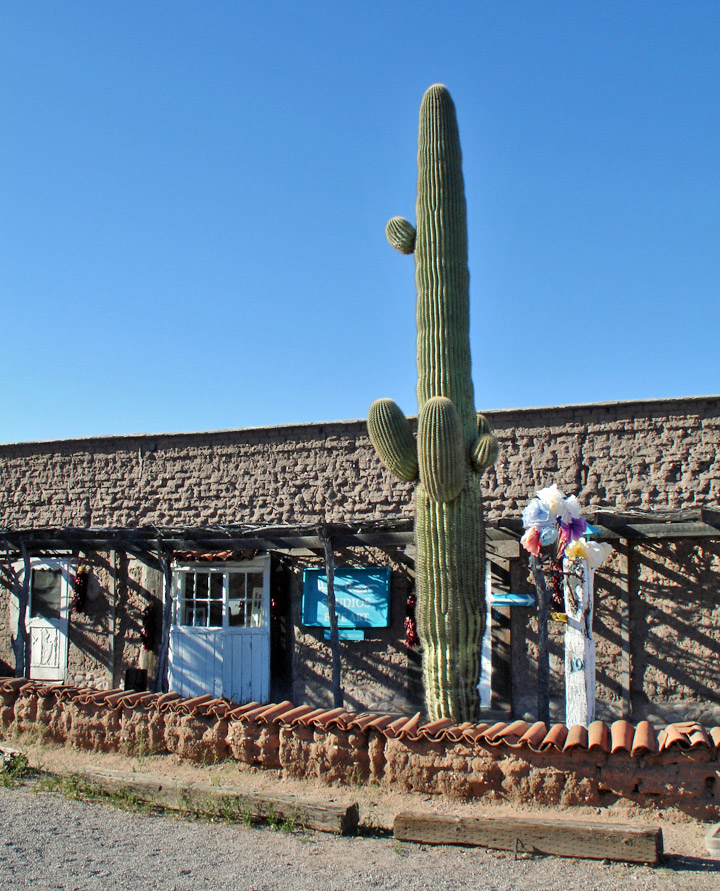 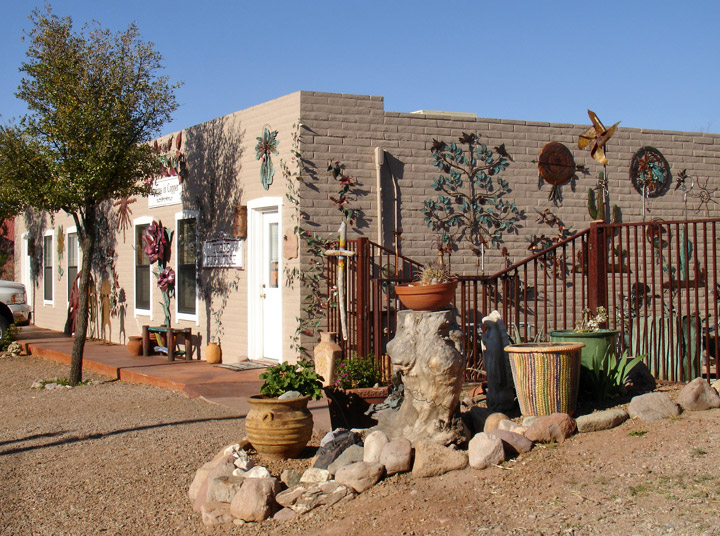 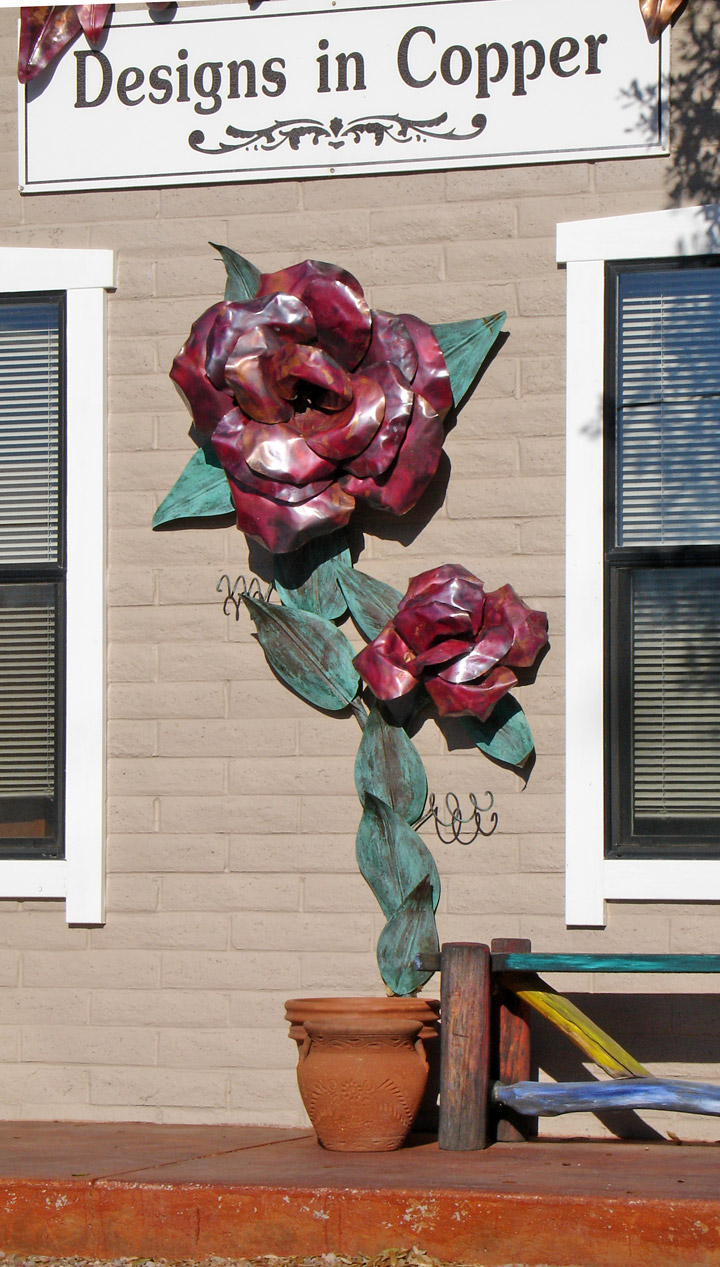 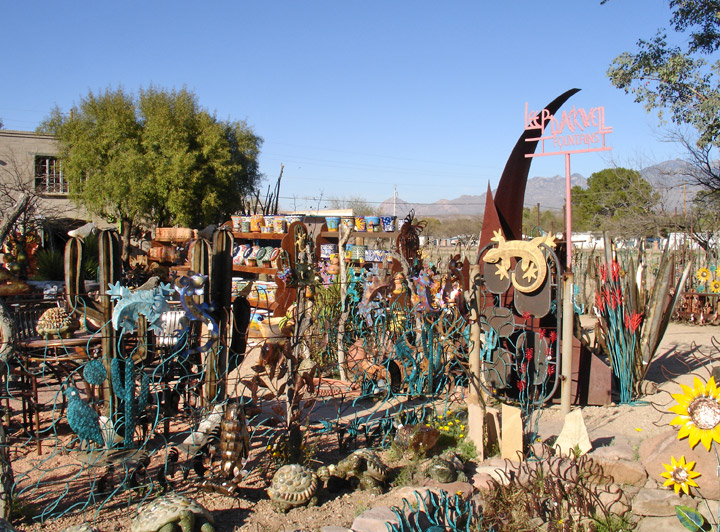 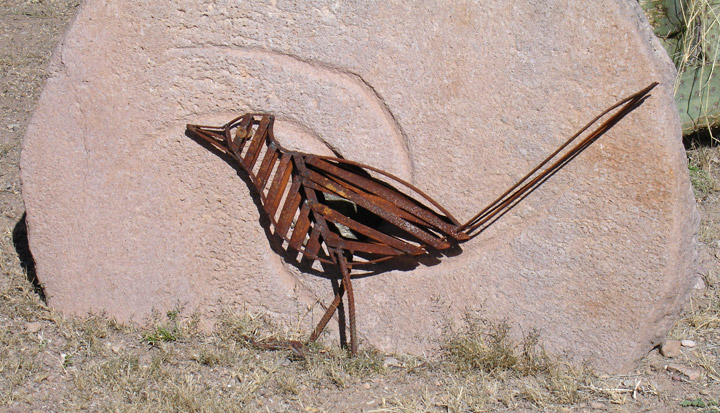 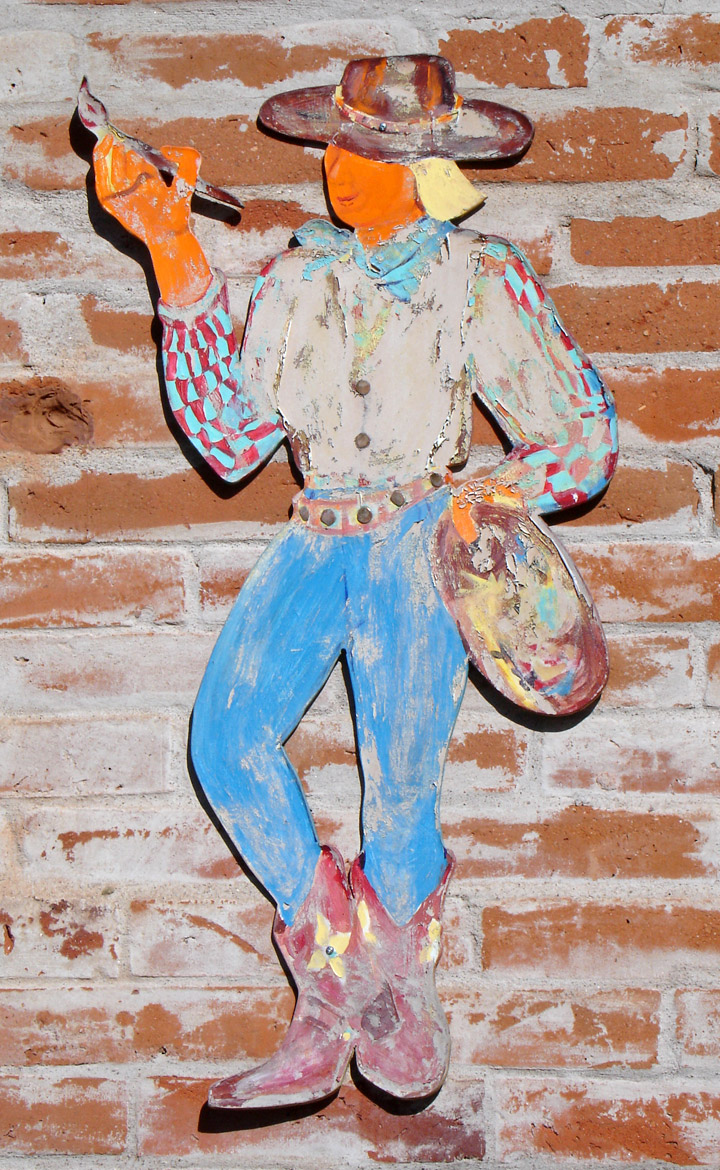 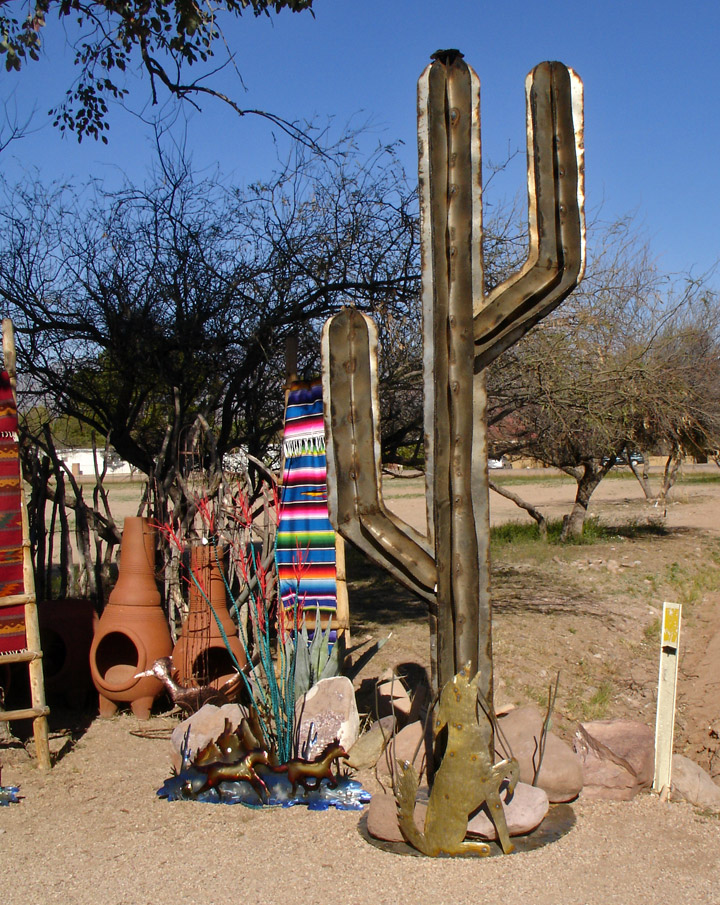 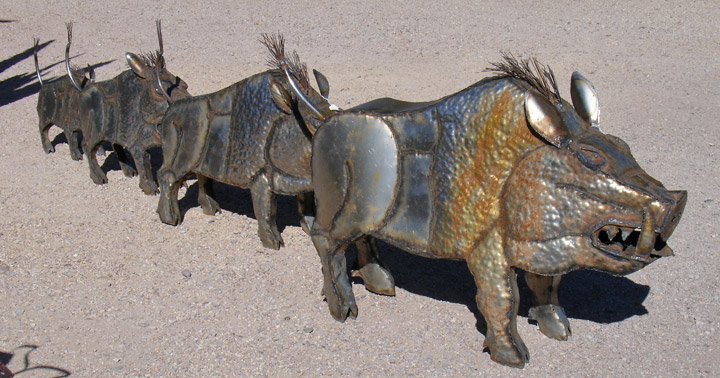 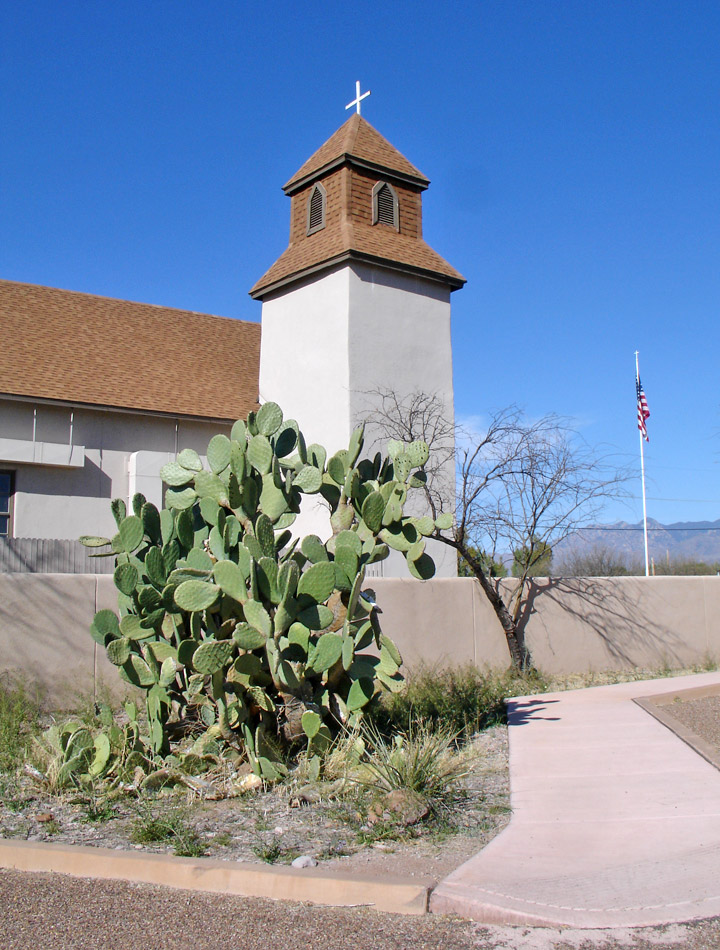