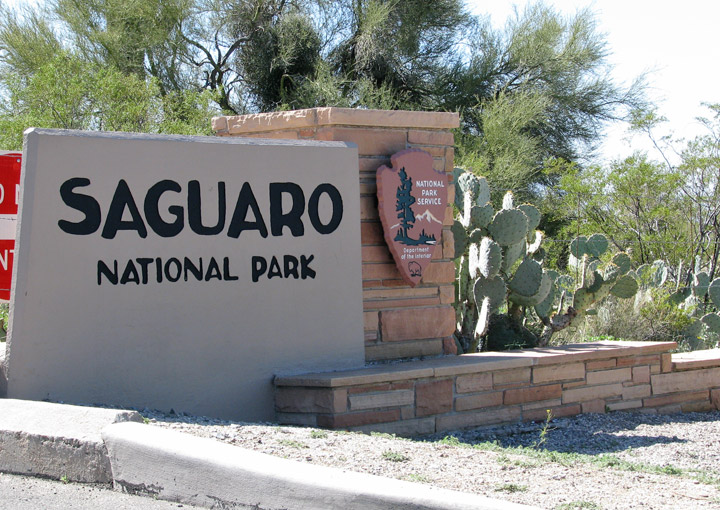 Saguaro National Park, located in the state of Arizona, is part of the United States national park system. 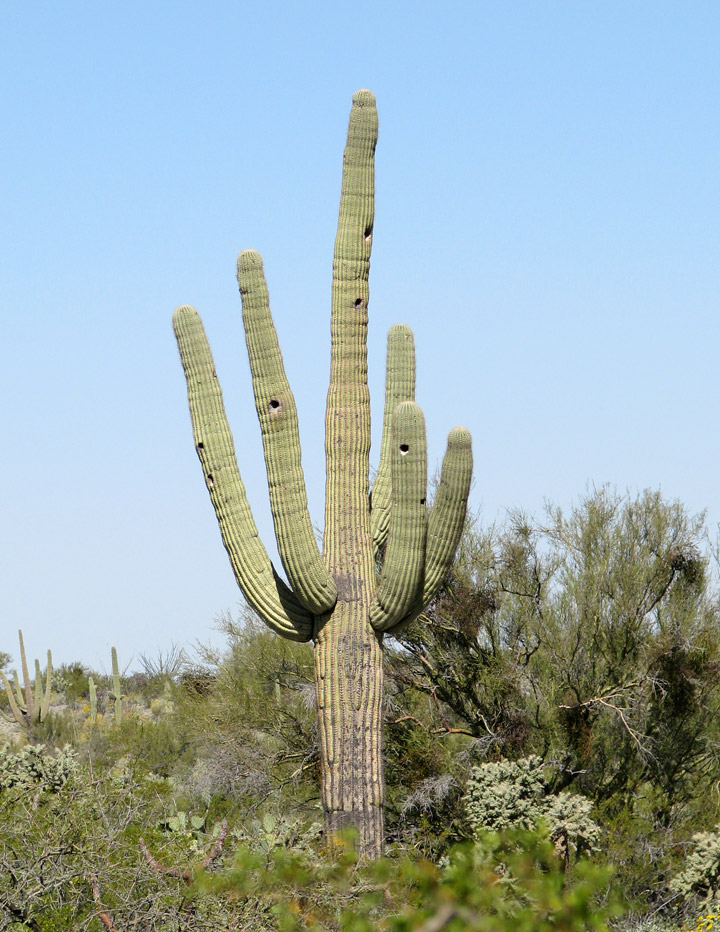 Saguaro National Park is divided into two sections, lying approximately 20 miles (32 km) east and 15 miles (24 km) west of the center of the city of Tucson, Arizona. Total area in 2002 was 143 square miles (91,327 acres) (370 km²) of which 111 square miles (289 km²) is designated wilderness. There is a visitor center in each section. Both are easily reached by car from Tucson, but there is no public transport into either section. Both sections conserve fine tracts of the Sonoran Desert, including ranges of significant hills, the Tucson Mountains in the west and the Rincon Mountains in the east. The park gets its name from the saguaro cactus which is native to the region. Many other kinds of cactus, including barrel cactus, cholla cactus, and prickly pear, are also abundant in the park. One endangered species of animals lives in the park part of the year during its migration the Lesser Long-nosed Bat. And one threatened species the Mexican Spotted Owl. 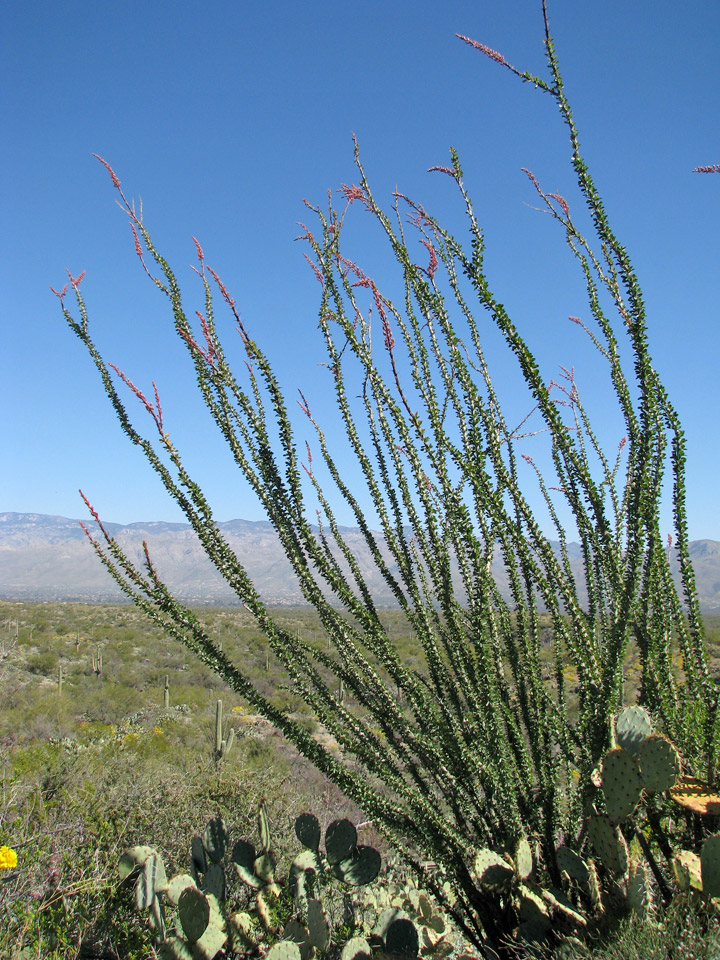 The park was established as Saguaro National Monument on March 1, 1933 and changed to a national park on October 14, 1994. 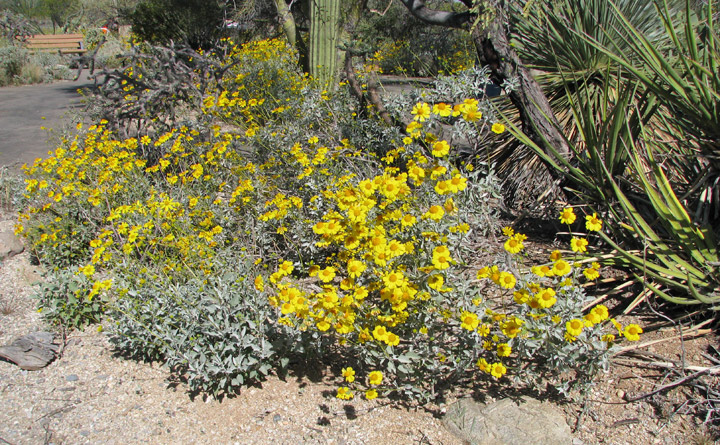 Facilities in the park include 150 miles (240 km) of well marked and maintained hiking trails, and shorter walking trails with interpretative information available. Hiking is not advisable during the hot summer months. 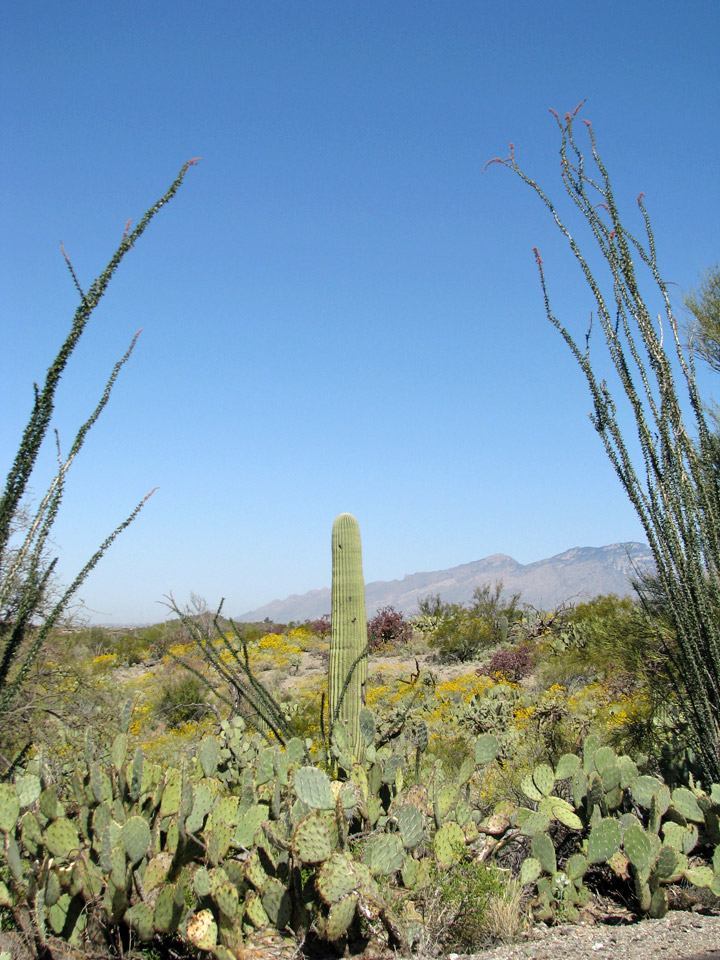 
The Rincon Mountain District is located at the eastern edge of Tucson, Arizona; the east side of the park was the original National Monument. What is unique about this park is that it starts off in the Sonoran Desert and gradually gives way to the High Alpine Forest of the Rincon Mountains. The highest peak in this range is Mica Mountain, at an elevation of 8,666 feet (2641 m). While this side of the park has fewer Saguaros than its counterpart they remain larger in size, due to higher amounts of rainfall and run off from the Rincon Mountains. 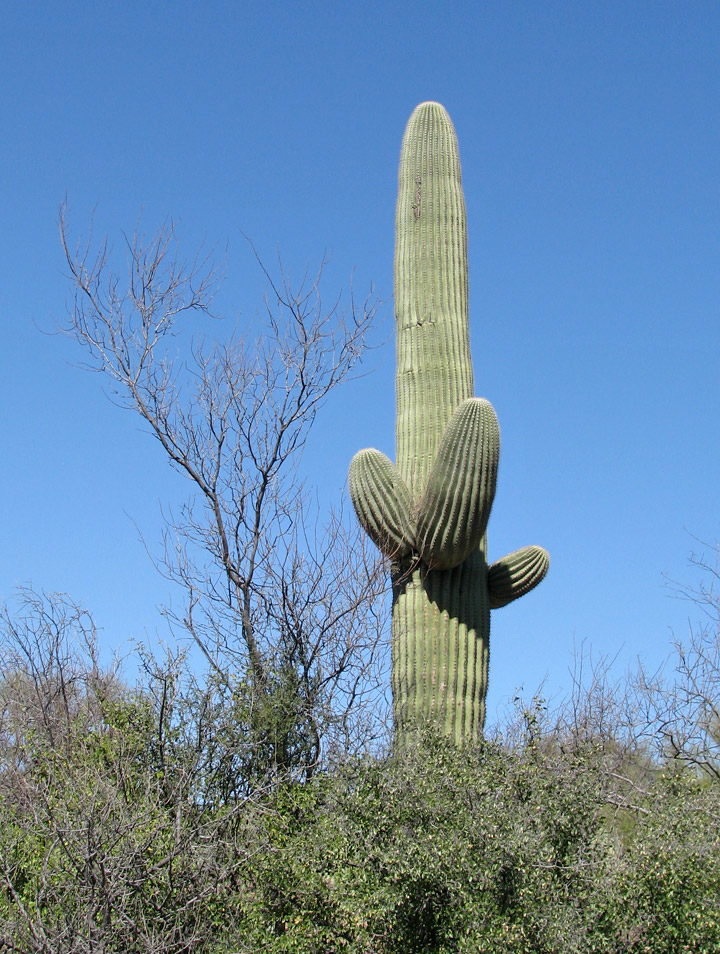 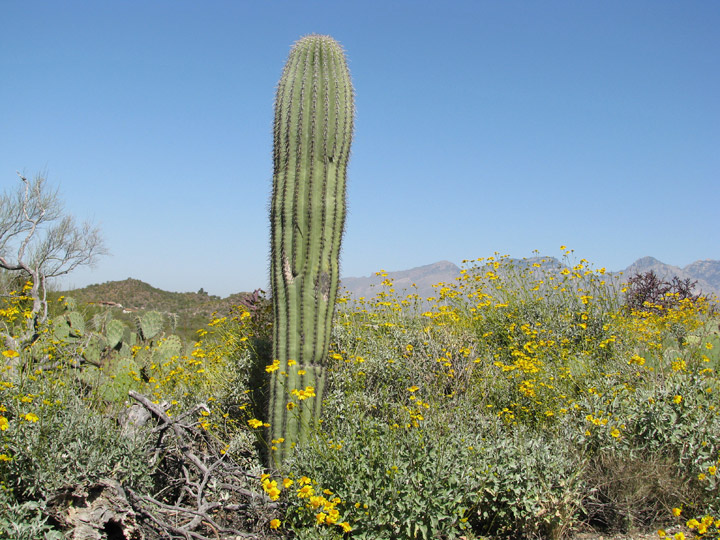 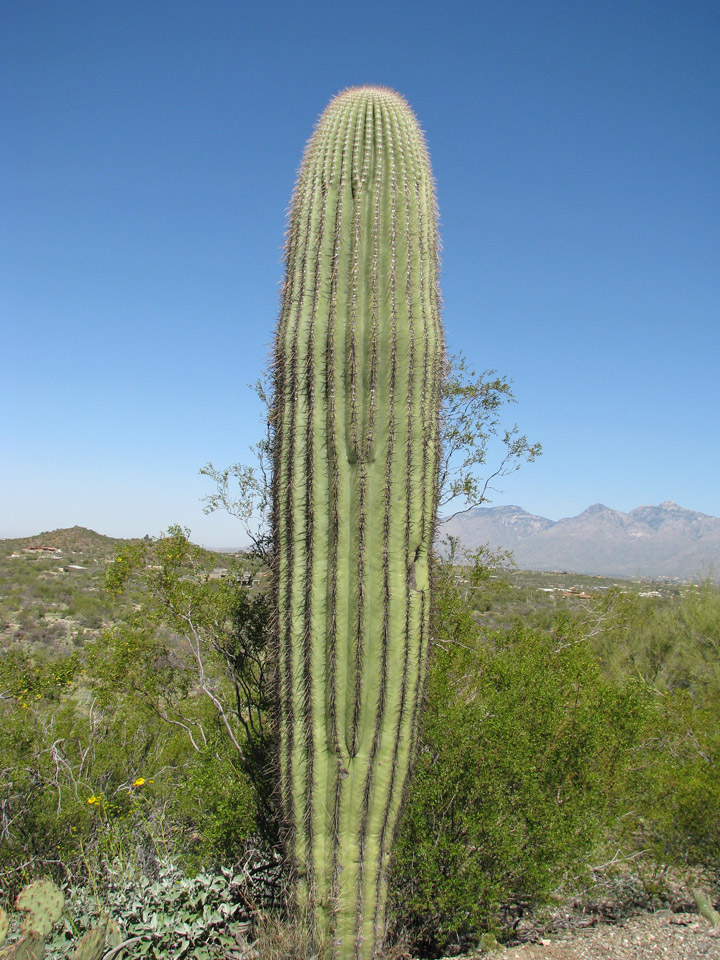 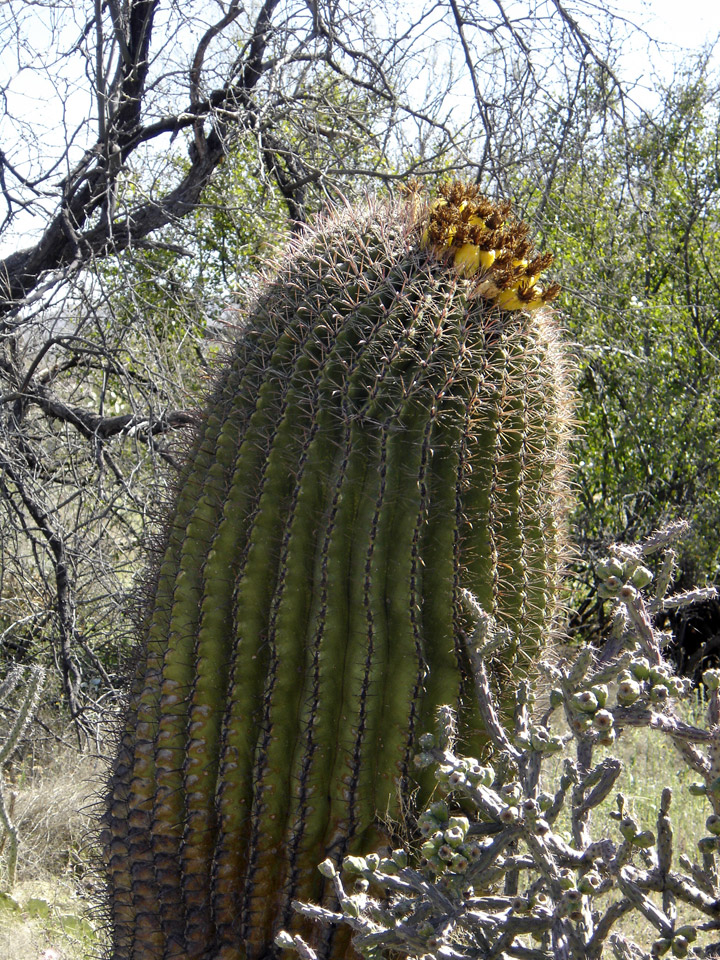 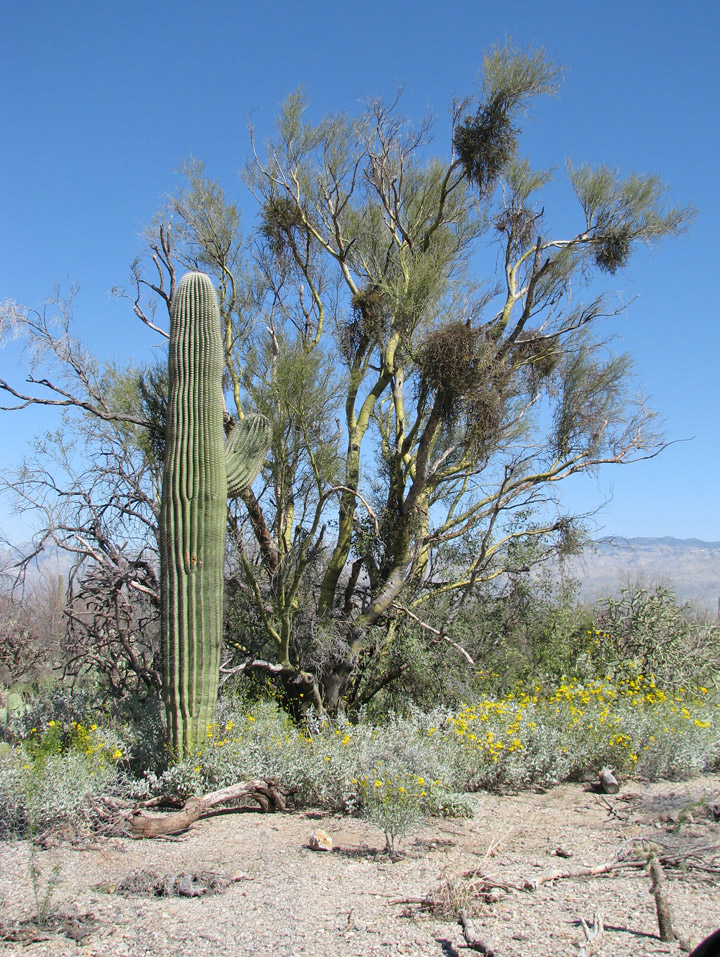 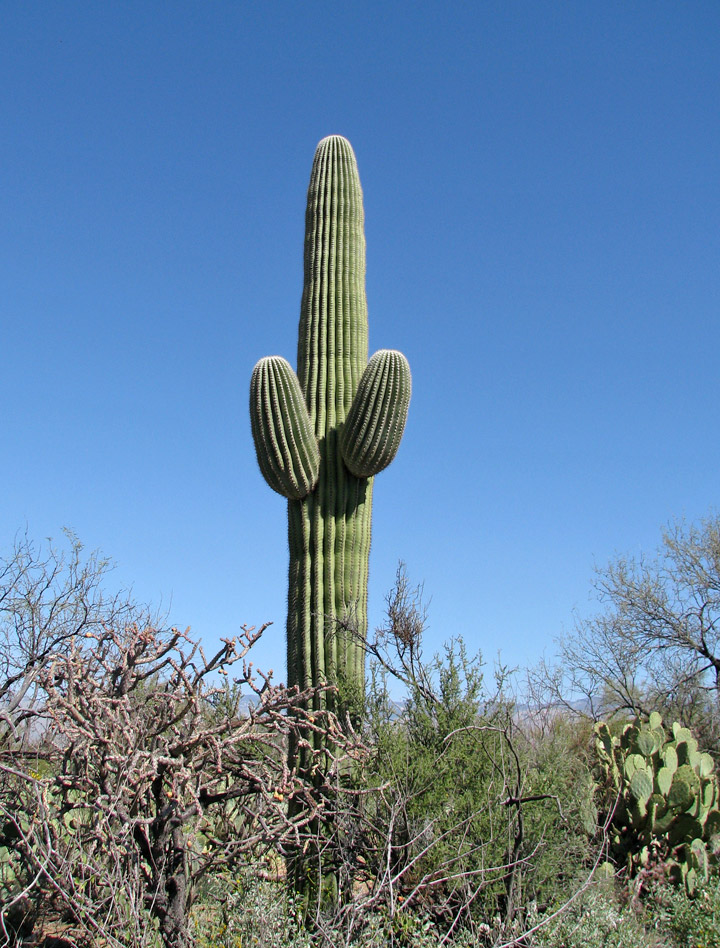 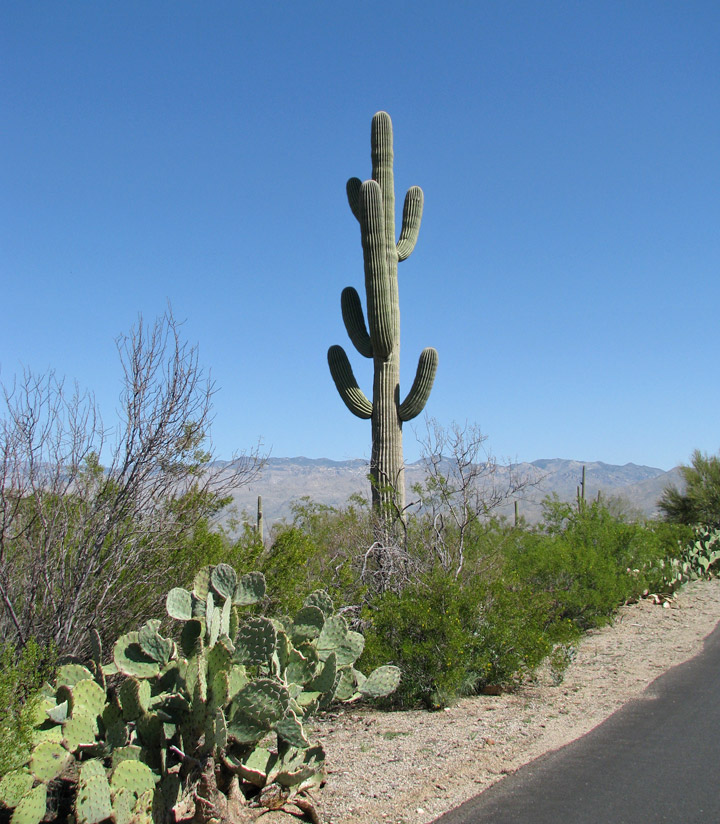 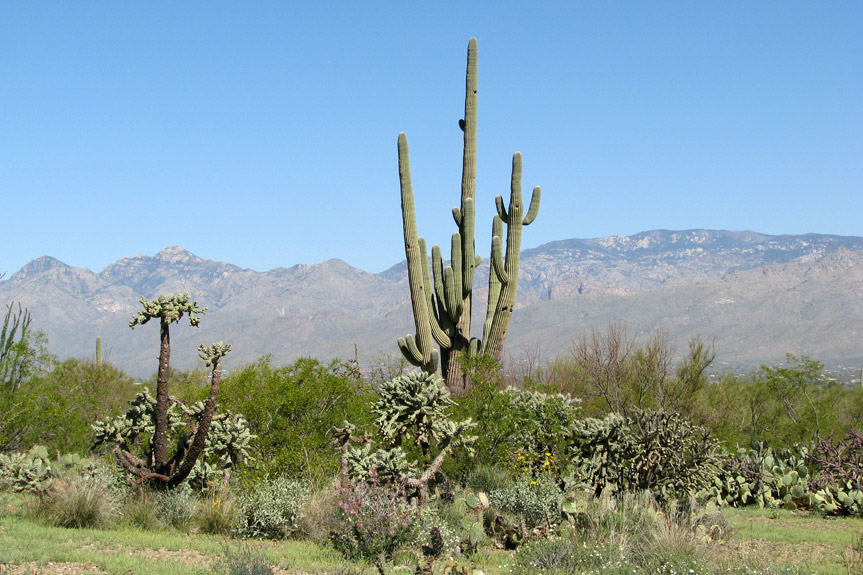 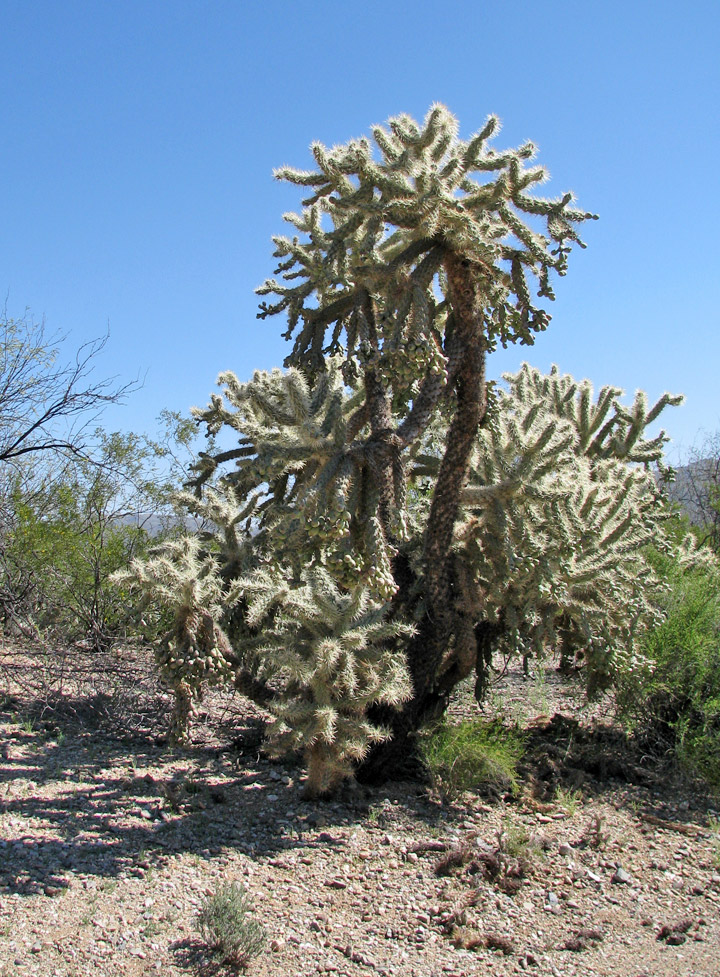 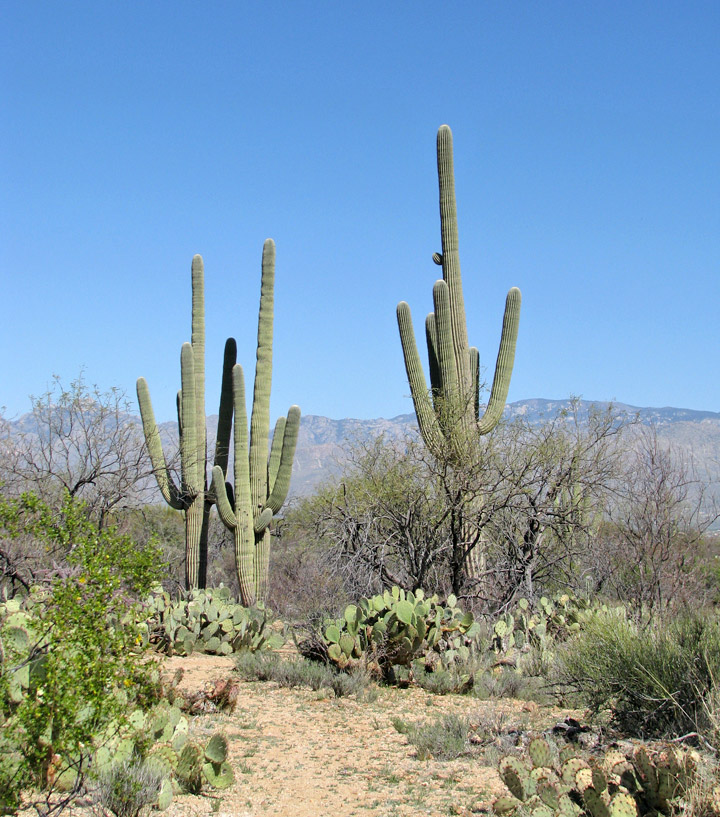 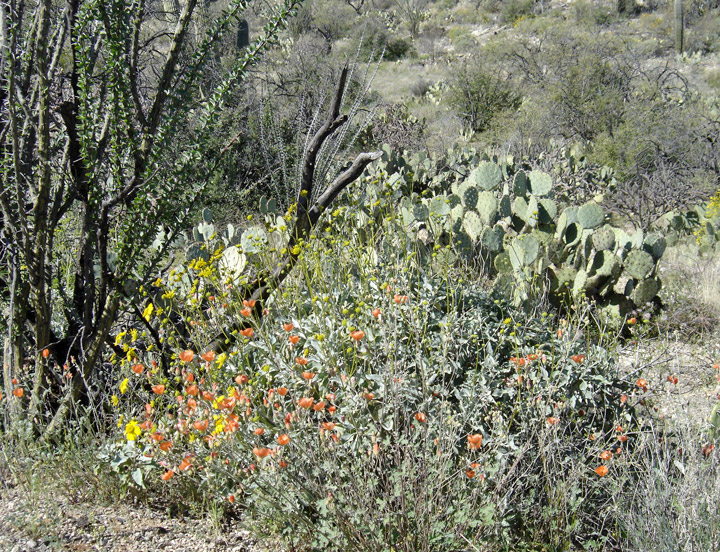 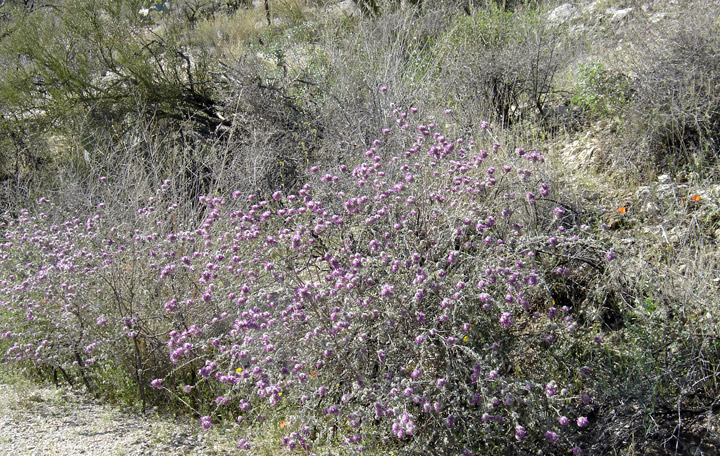 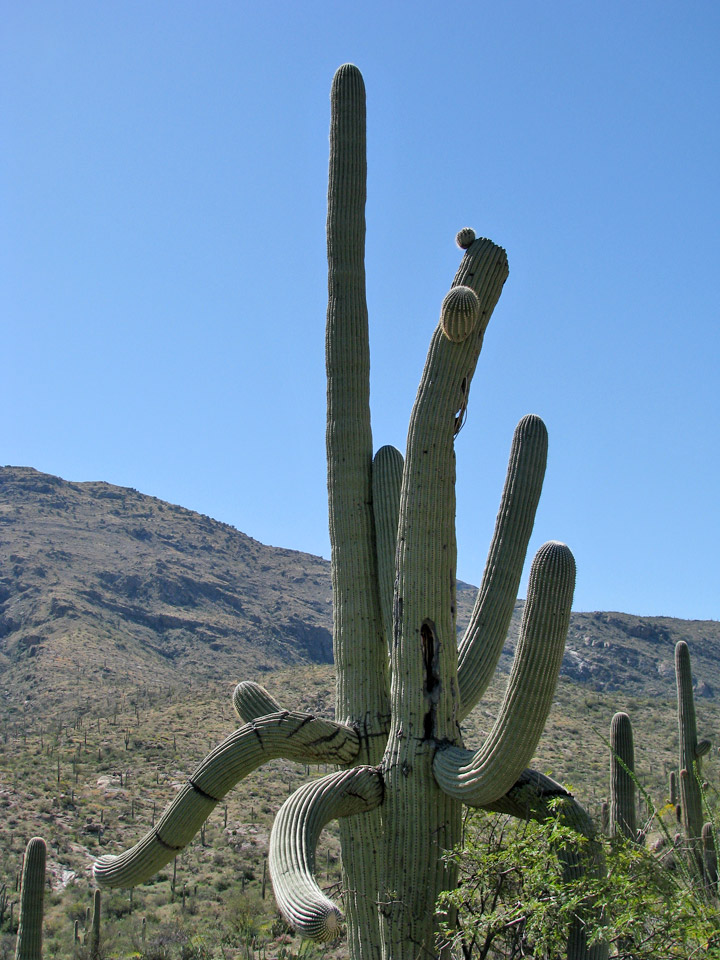 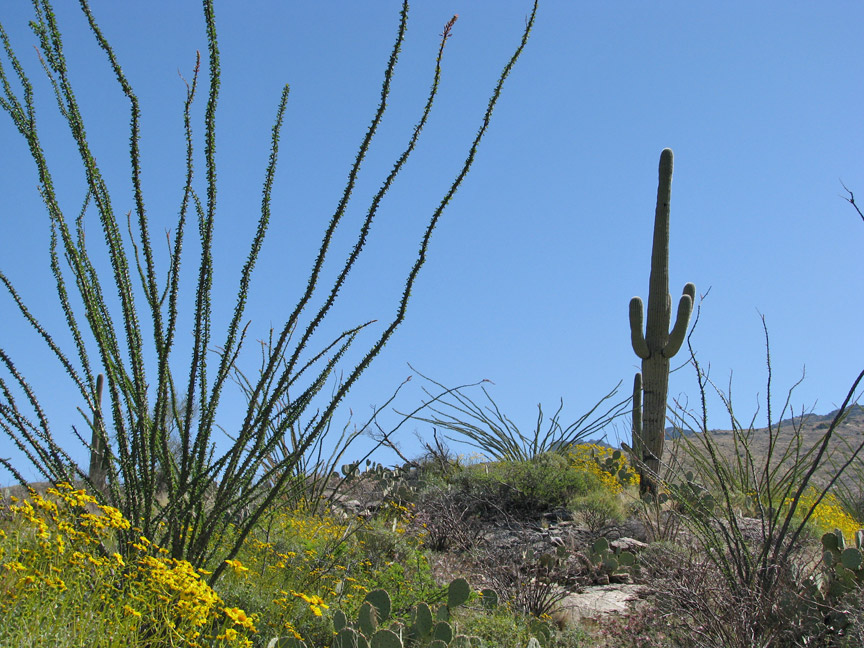 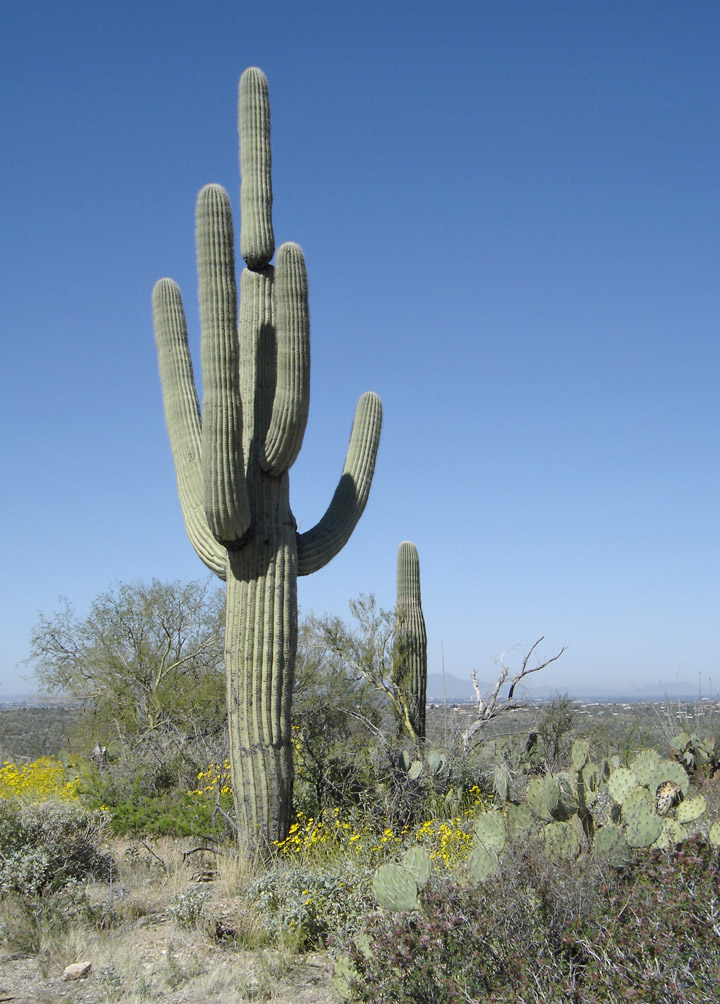 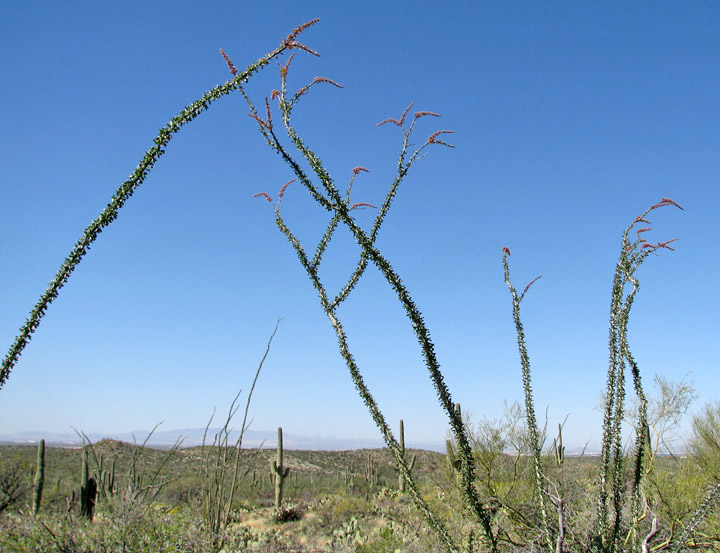 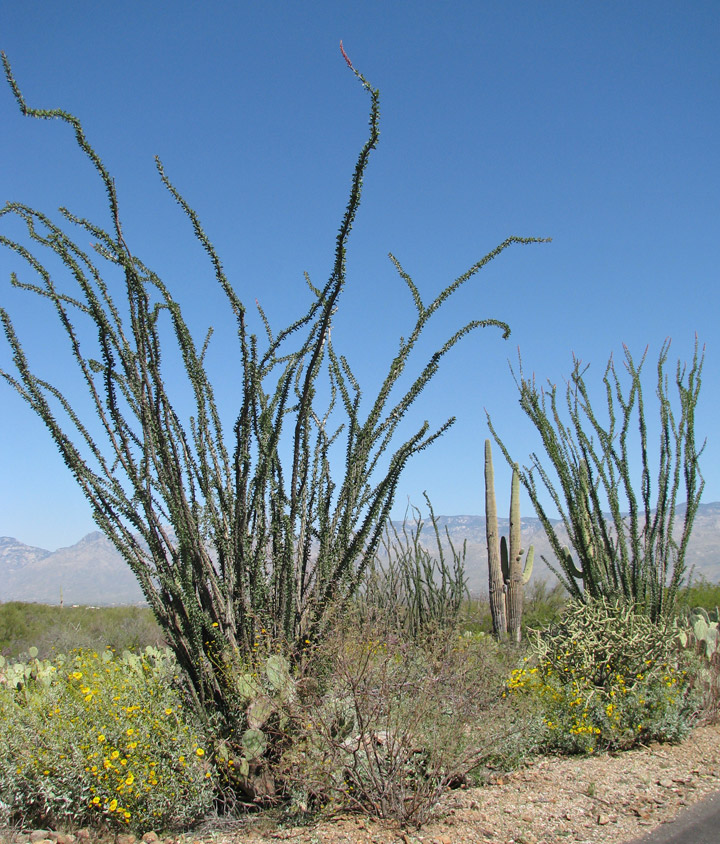 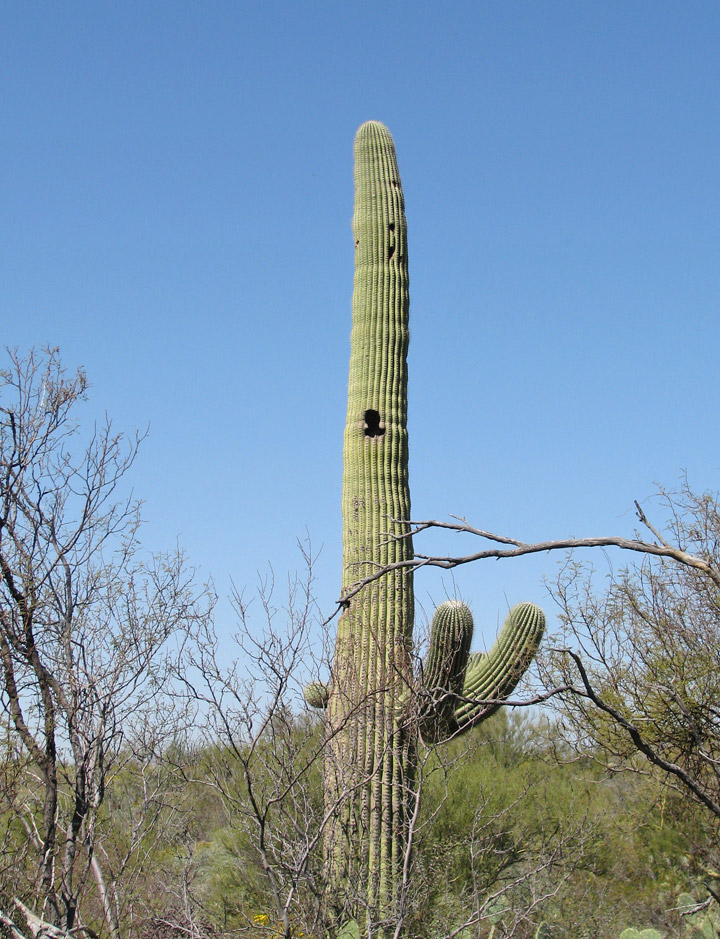 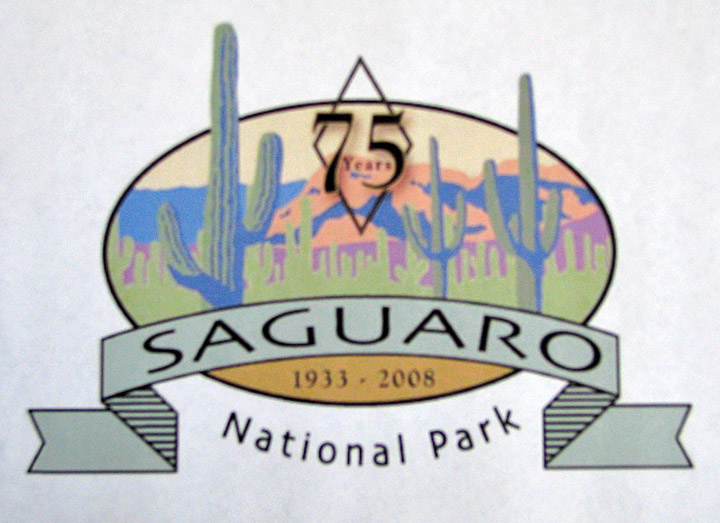