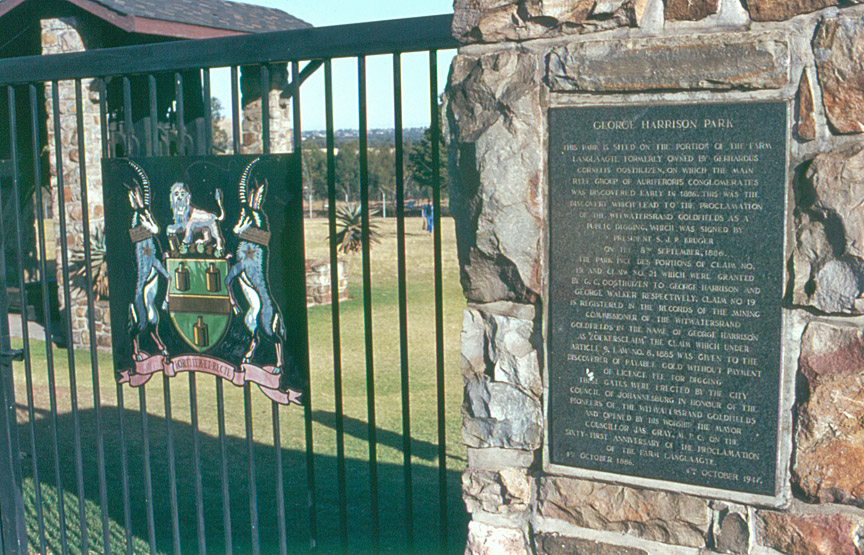 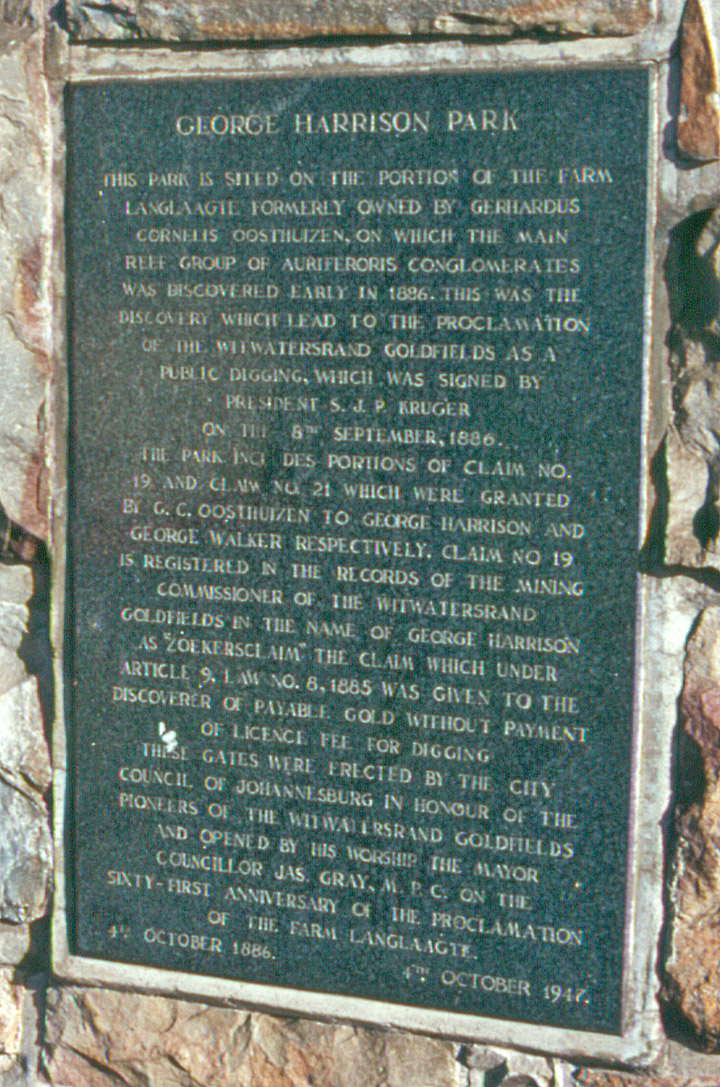 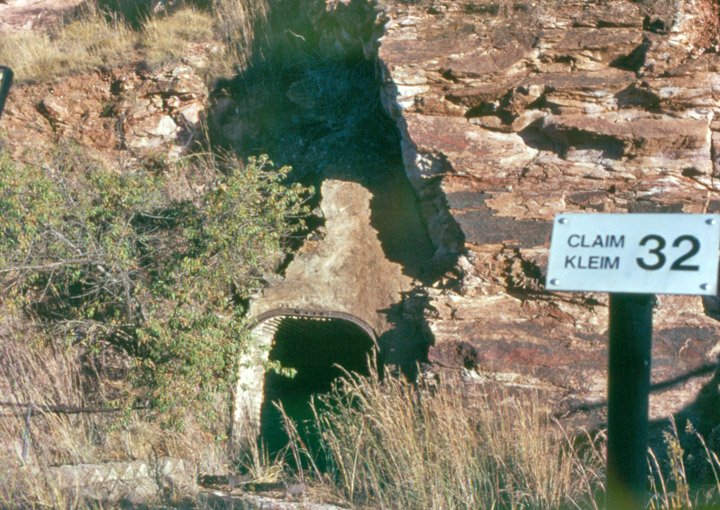 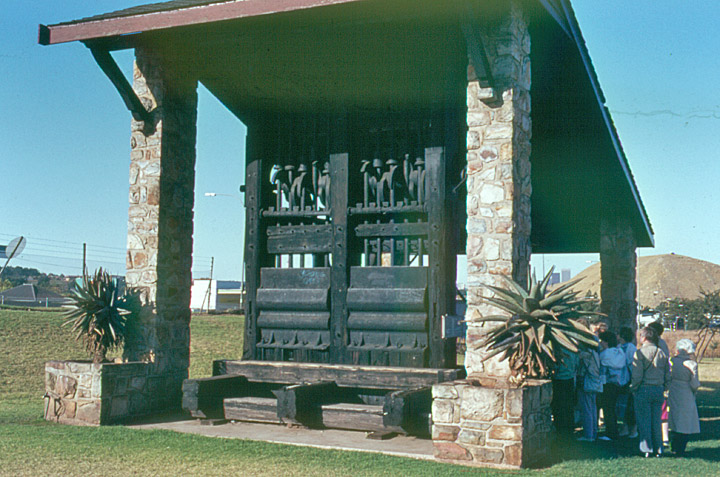 Witwatersrand, rocky uplift in northeastern South Africa. Also known as the Rand, it is the most productive gold-mining district in the world. The uplift is 100 km (60 mi) long in an east-west direction, has a maximum width of 40 km (25 mi), and reaches an elevation of more than 600 m (2,000 ft) above the surrounding plateau area. Surface gold was discovered in the region in 1884, and active mining operations began in 1886, the same year in which Johannesburg was founded as a gold-mining settlement. The main gold reef was discovered in the region in 1889, at a depth of 177 m (581 ft). 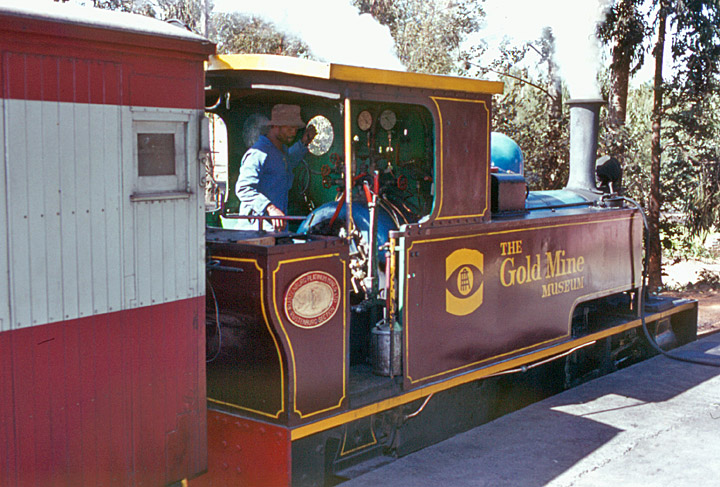 taking the train to the gold mine

The great extent of the deposits, both laterally and in depth, has permitted exploitation of the area on a large and very profitable scale. In the 1930s, following the abandonment by many countries of the gold standard and the initiation by the United States of unlimited gold purchases, the ore was mined at a depth of 3,300 m (12,000 ft); subsequently, the deepest workings averaged 2,700 m (9,000 ft) in depth. Coal and manganese are also mined in the region. Industrial establishments include the Germiston gold refinery (the largest in the world), foundries, engineering shops, and cement plants. Johannesburg is the chief city of the Rand. 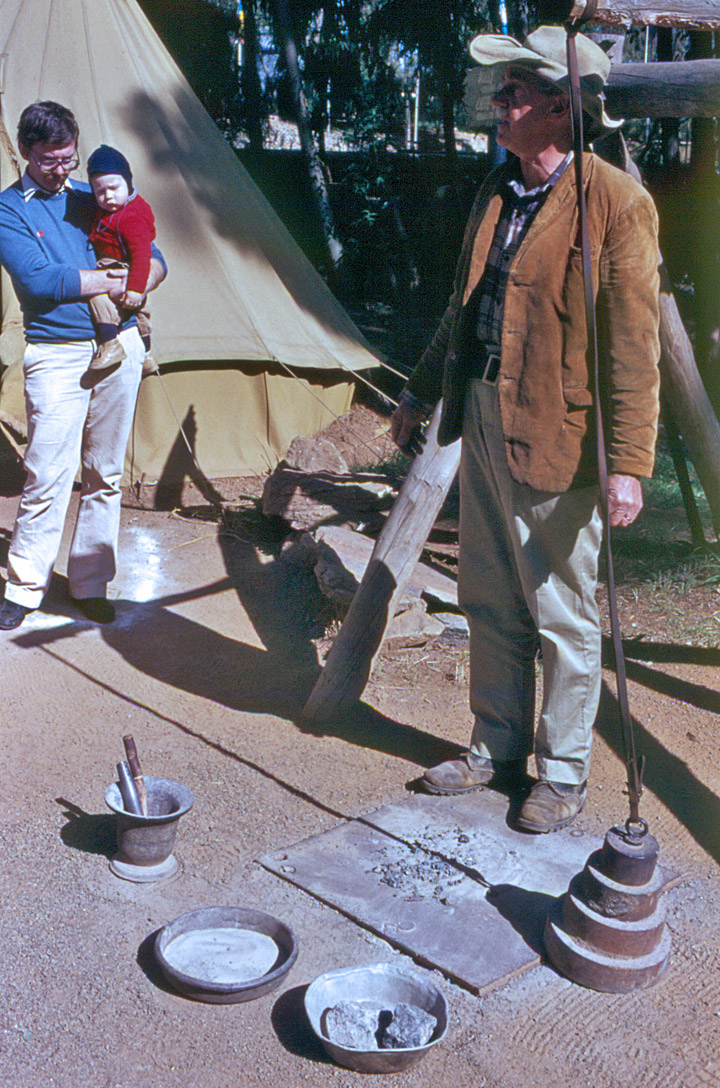 The tools of primitive gold mining

The simplest process used for mining gold is panning, using a circular dish often with a small pocket at the bottom. The prospector fills the dish with gold-bearing sand or gravel, holds it under a gentle stream of water, and swirls it. The lighter parts of the gravel are gradually washed off and the gold particles are left near the center of the pan or in the pocket. 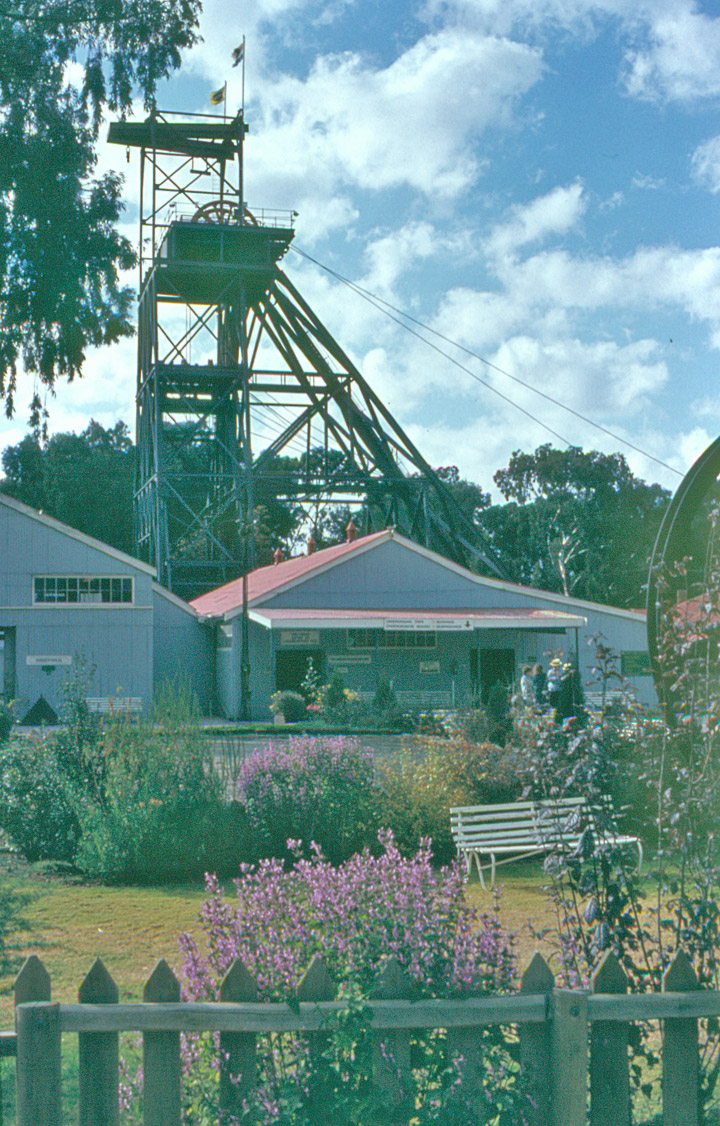 This gold mine is located in Johannesburg, South Africa, a city that at one time had the world's largest known gold deposits. The golden spoil heaps, the result of decades of gold extraction, are a typical sight in the city. Today Johannesburg has few gold mines, but extensive gold mining continues in the Witwatersrand, a rocky uplift region beyond the city. 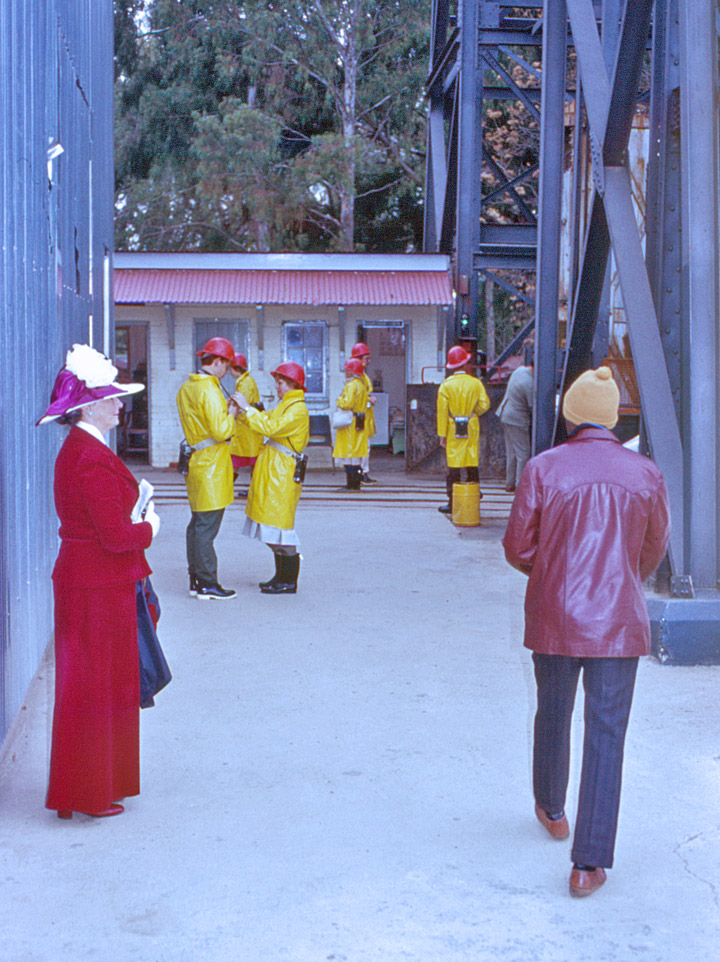 being suited to travel into the mine
(slickers, hard hats and mine lamps) 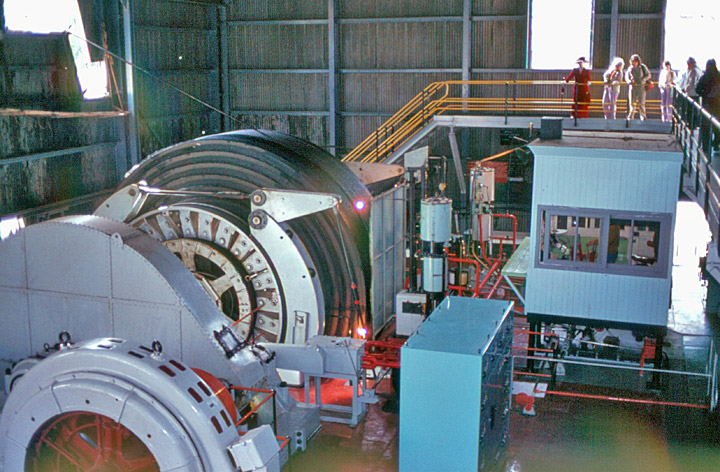 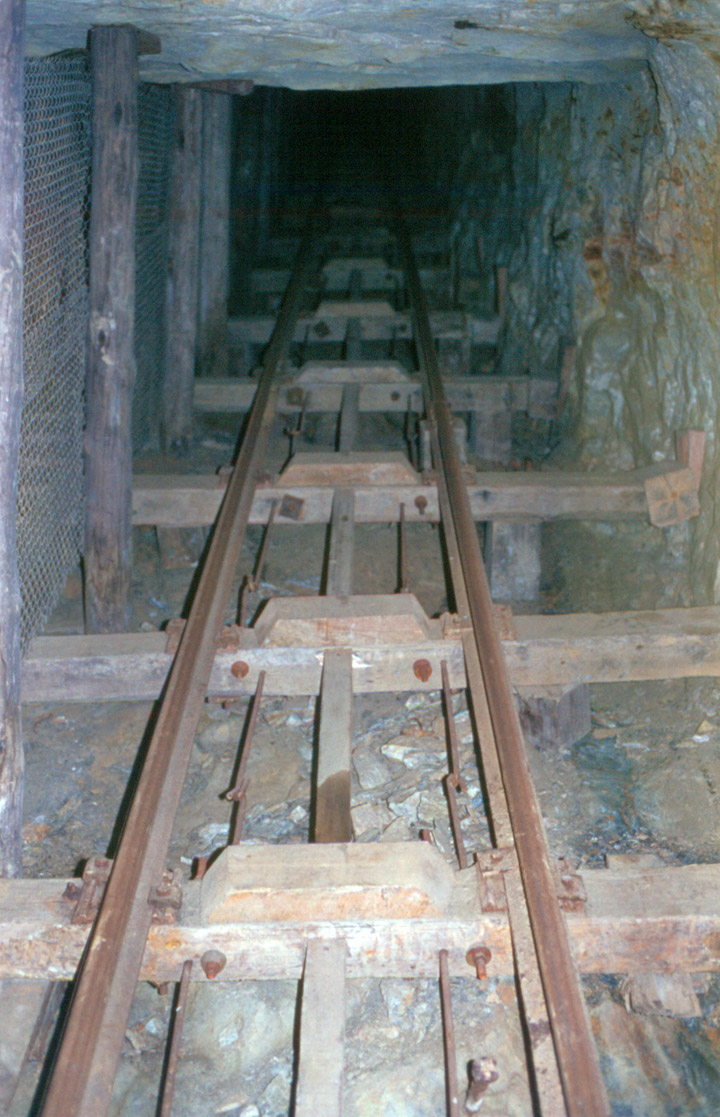 track in the mine over a mile deep 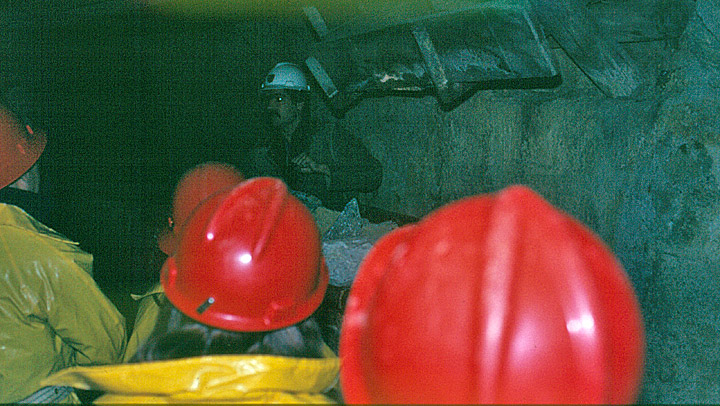 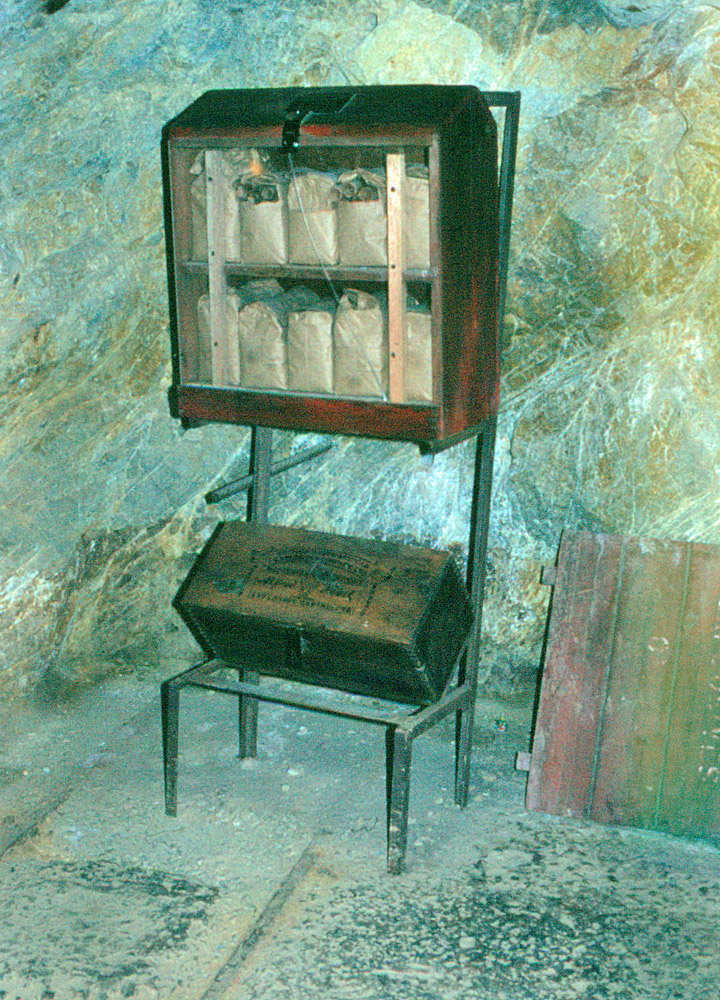 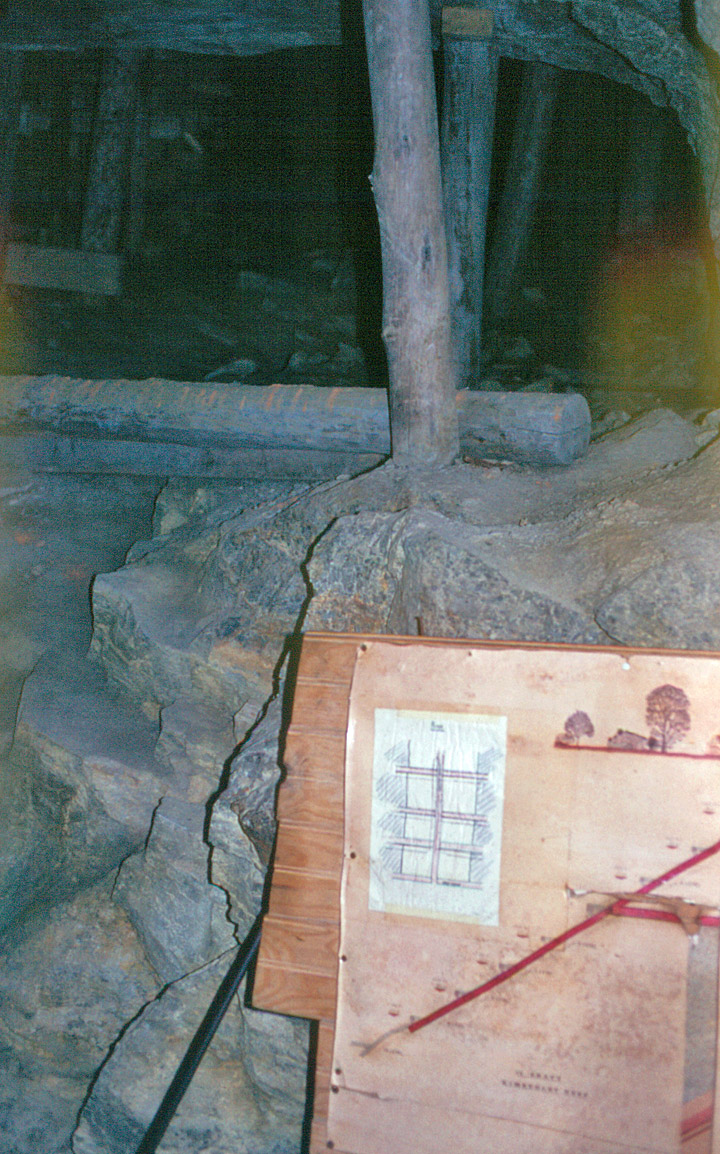 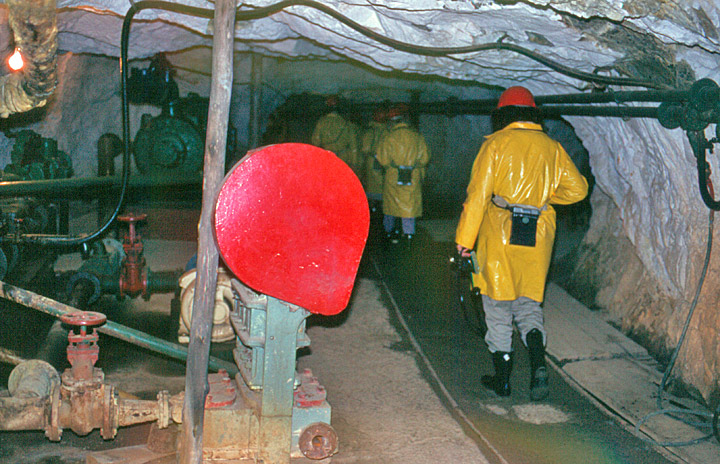 walking through the mine corridor 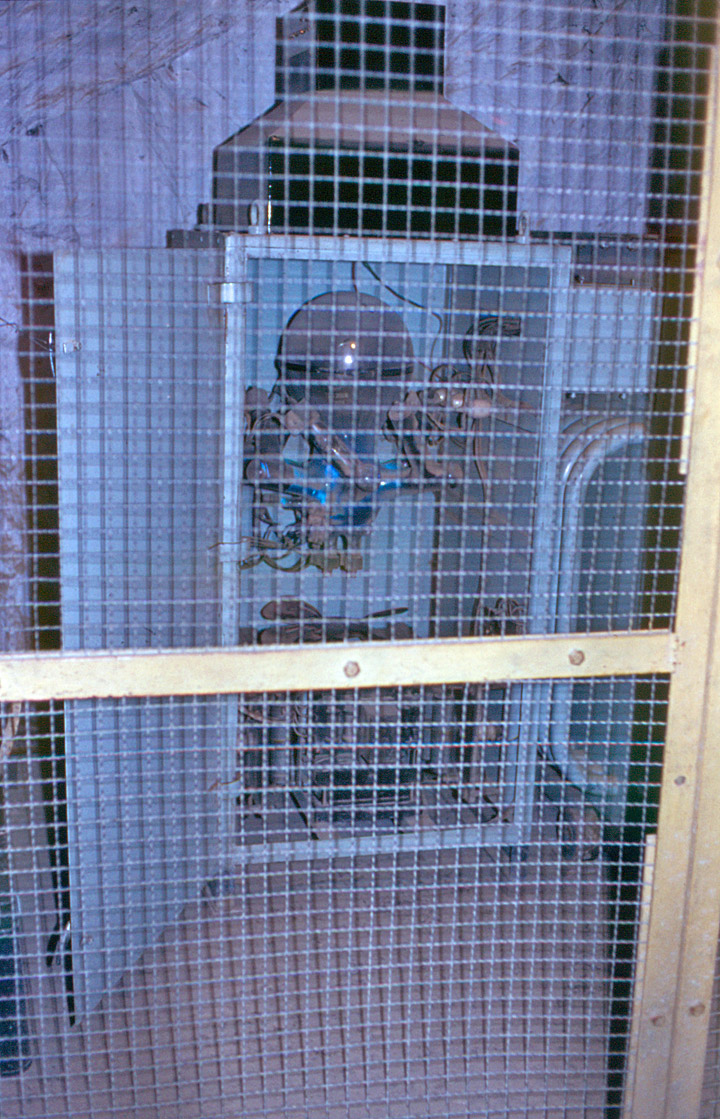 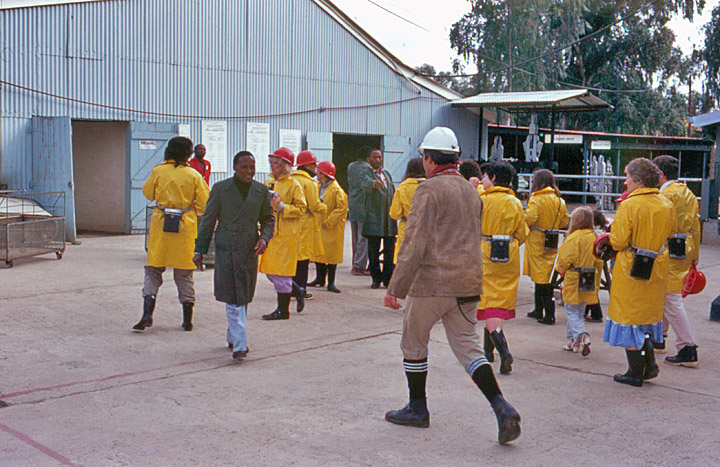 walking to the refinery 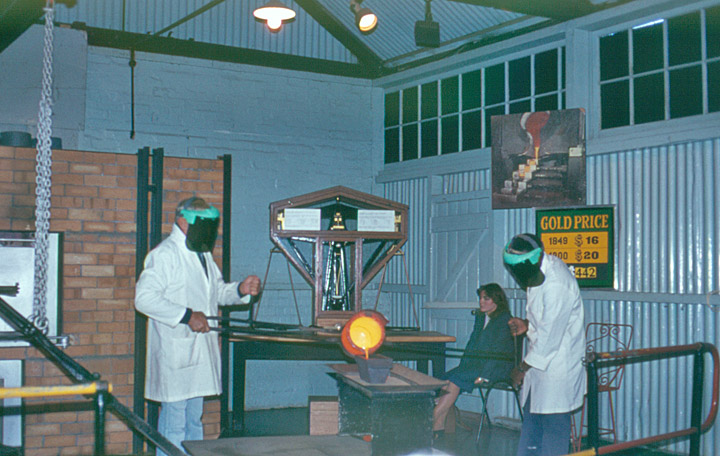 liquid gold being poured into the mold 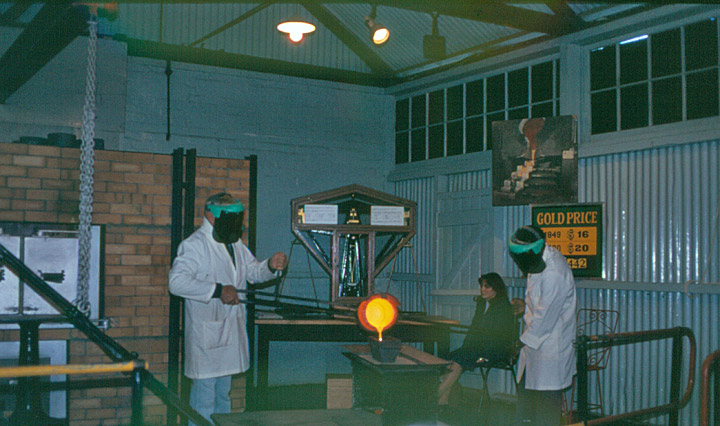 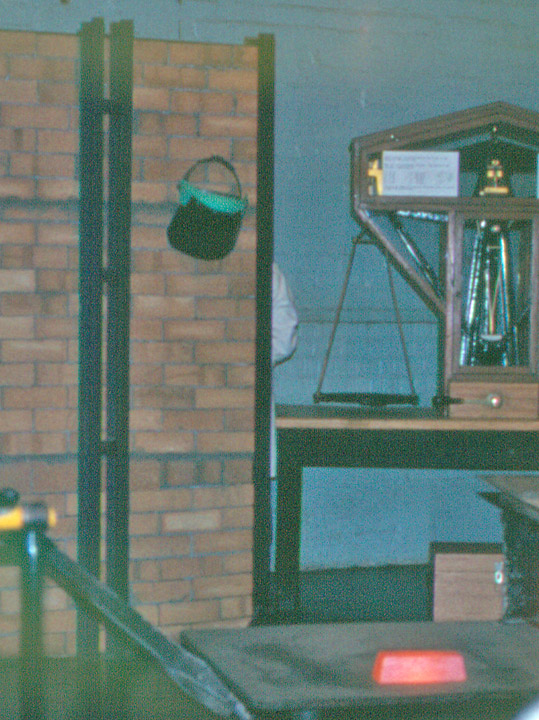