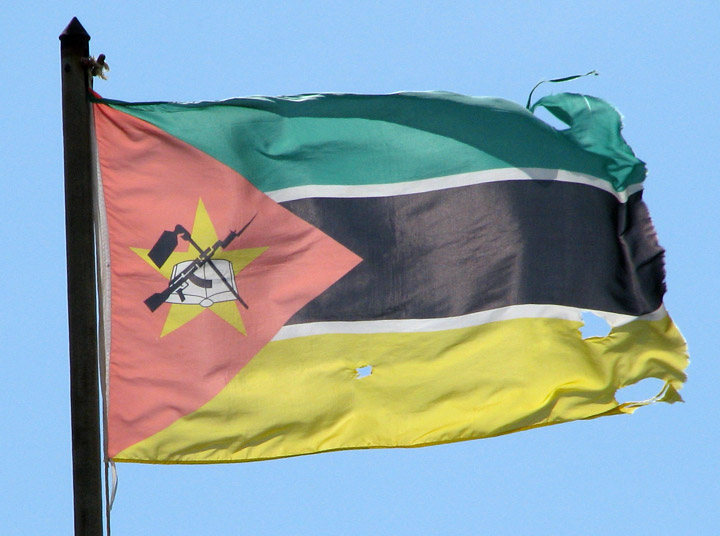 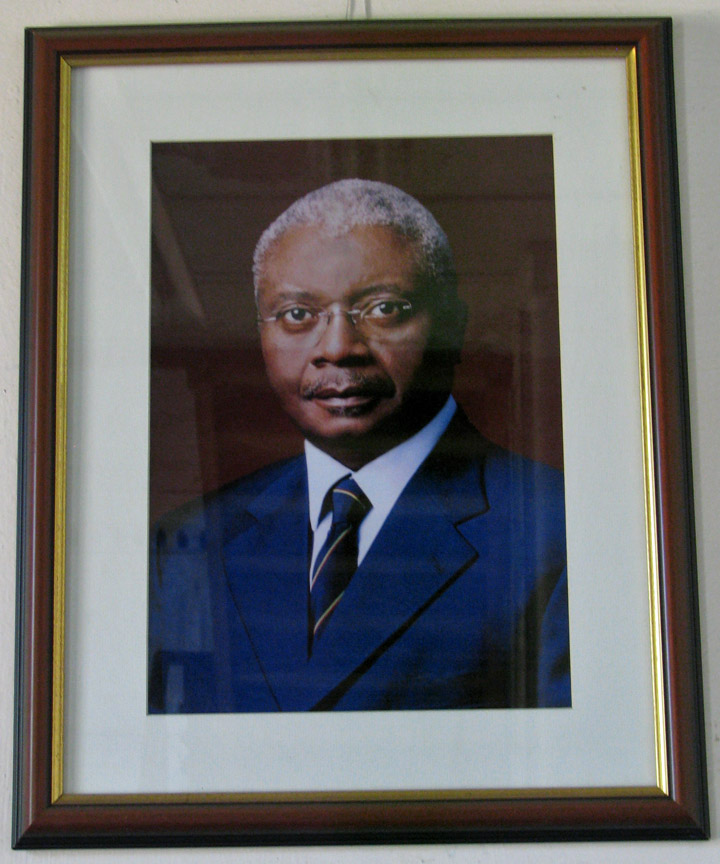 Mozambique, officially the Republic of Mozambique (Portuguese: Moçambique or República de Moçambique, is a country in southeastern Africa bordered by the Indian Ocean to the east, Tanzania to the north, Malawi and Zambia to the northwest, Zimbabwe to the west and Swaziland and South Africa to the southwest. It was explored by Vasco da Gama in 1498 and colonized by Portugal in 1505. By 1510, the Portuguese had control of all of the former Arab sultanates on the east African coast. From about 1500, Portuguese trading posts and forts became regular ports of call on the new route to the east. 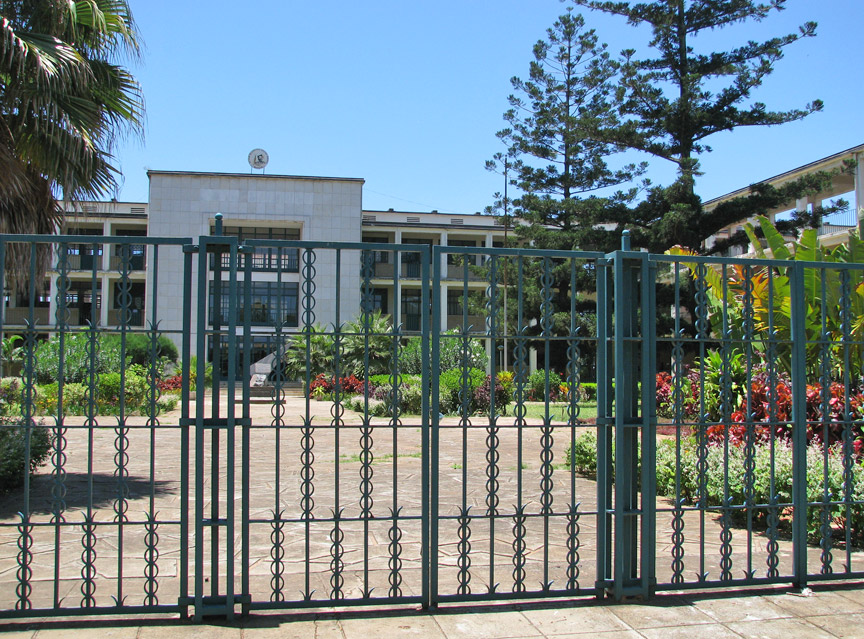 It is a member of the Community of Portuguese Language Countries and the Commonwealth of Nations. Mozambique (Moçambique) was named after Muça Alebique, a sultan. 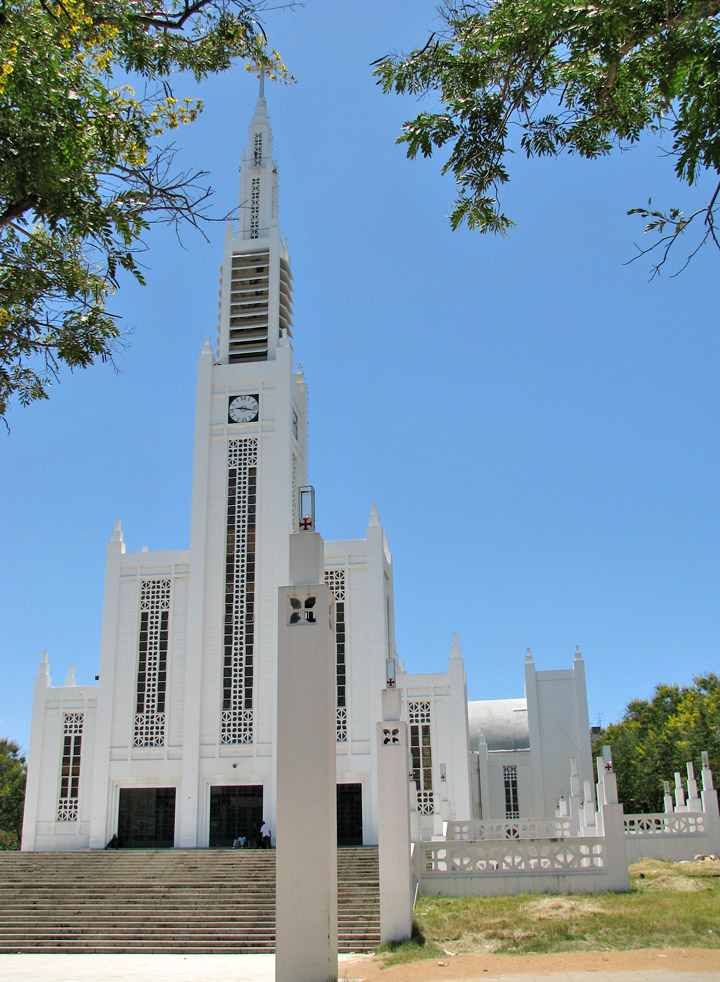 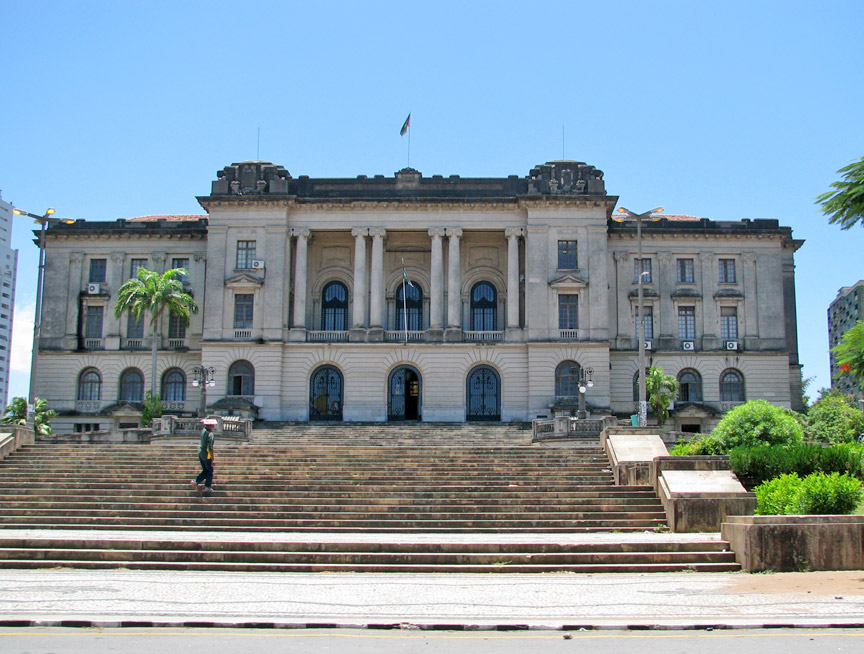 When Portuguese explorers reached Mozambique in 1498, Arab commercial and slave trading settlements had existed along the coast and outlying islands for several centuries. From about 1500, Portuguese trading posts and forts became regular ports of call on the new route to the east. Later, traders and prospectors penetrated the interior regions seeking gold and slaves. Although Portuguese influence gradually expanded, its power was limited and exercised through individual settlers and officials who were granted extensive autonomy. As a result, investment lagged while Lisbon devoted itself to the more lucrative trade with India and the Far East and to the colonization of Brazil. 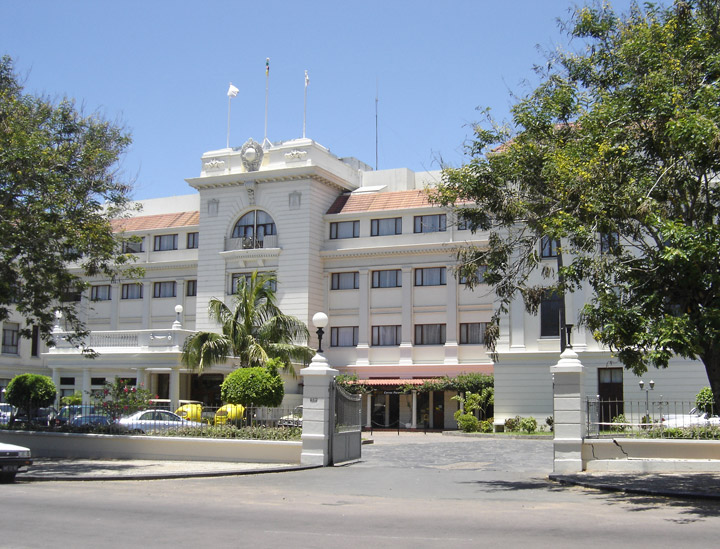 By the early twentieth century the Portuguese had shifted the administration of much of Mozambique to large private companies, like the Mozambique Company, the Zambezi Company and the Niassa Company, controlled and financed mostly by the British, which established railroad lines to neighboring countries and supplied cheap – often forced – African labor to the mines and plantations of the nearby British colonies and South Africa. Because policies were designed to benefit Portuguese immigrants and the Portuguese homeland, little attention was paid to Mozambique's national integration, its economic infrastructure, or the skills of its population. 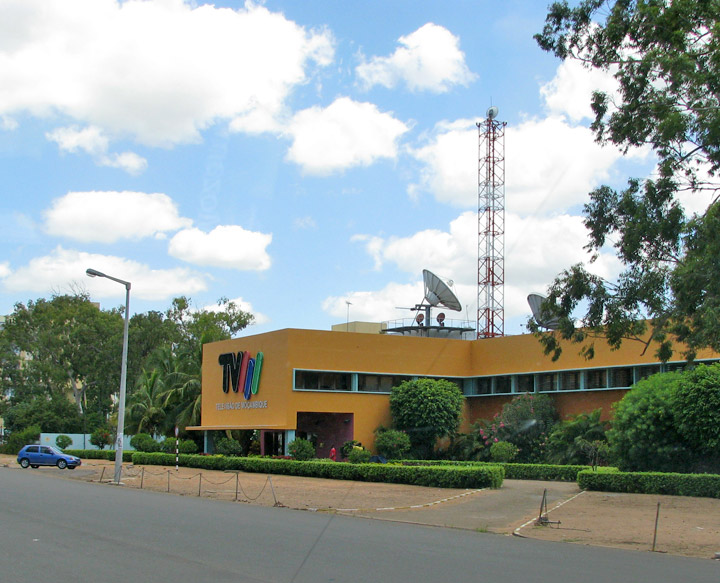 After World War II, while many European nations were granting independence to their colonies, Portugal maintained that Mozambique and other Portuguese possessions were overseas provinces of the mother country, and emigration to the colonies soared. Calls for Mozambican independence developed apace, and in 1962 several anti-colonial political groups formed the Front for the Liberation of Mozambique (FRELIMO), which initiated an armed campaign against Portuguese colonial rule in September 1964. However, Portugal had occupied the country for more than four hundred years; not all Mozambicans desired independence, and fewer still sought change through armed revolution. Poverty was widespread, and the Portuguese maintained a policy of mandatory ("forced") labour up until the 1960s. FRELIMO initially established some "liberated" zones in Northern Mozambique, and the strength of the movement gradually grew over the ensuing decade. 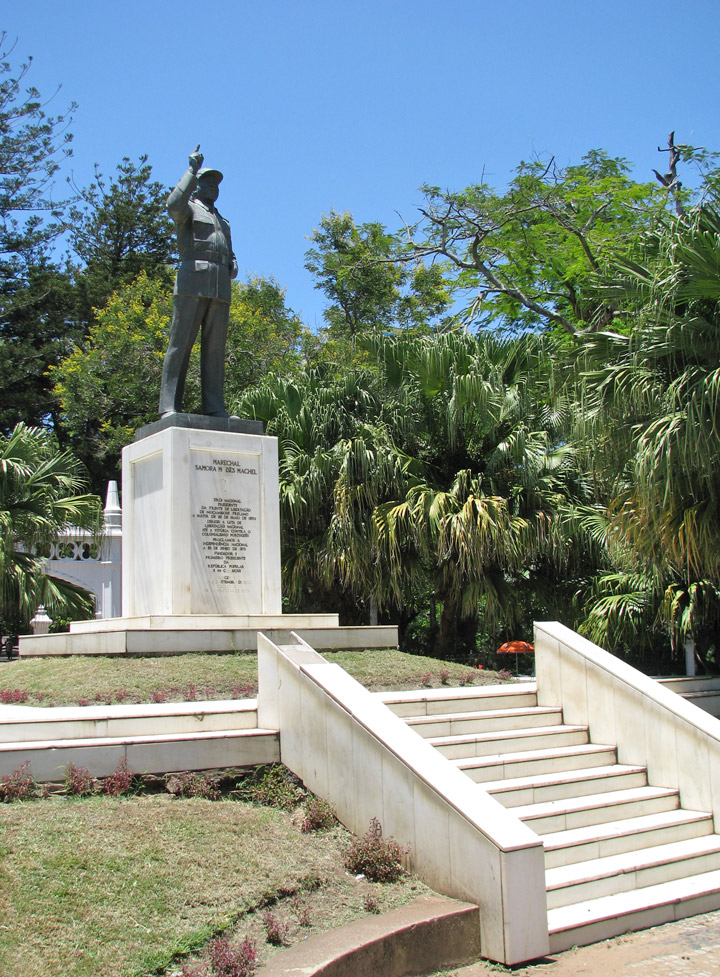 As FRELIMO's political campaign gained coherence, its forces advanced militarily, controlling one-third of the area of Mozambique by 1969, mostly in the northern and central provinces. 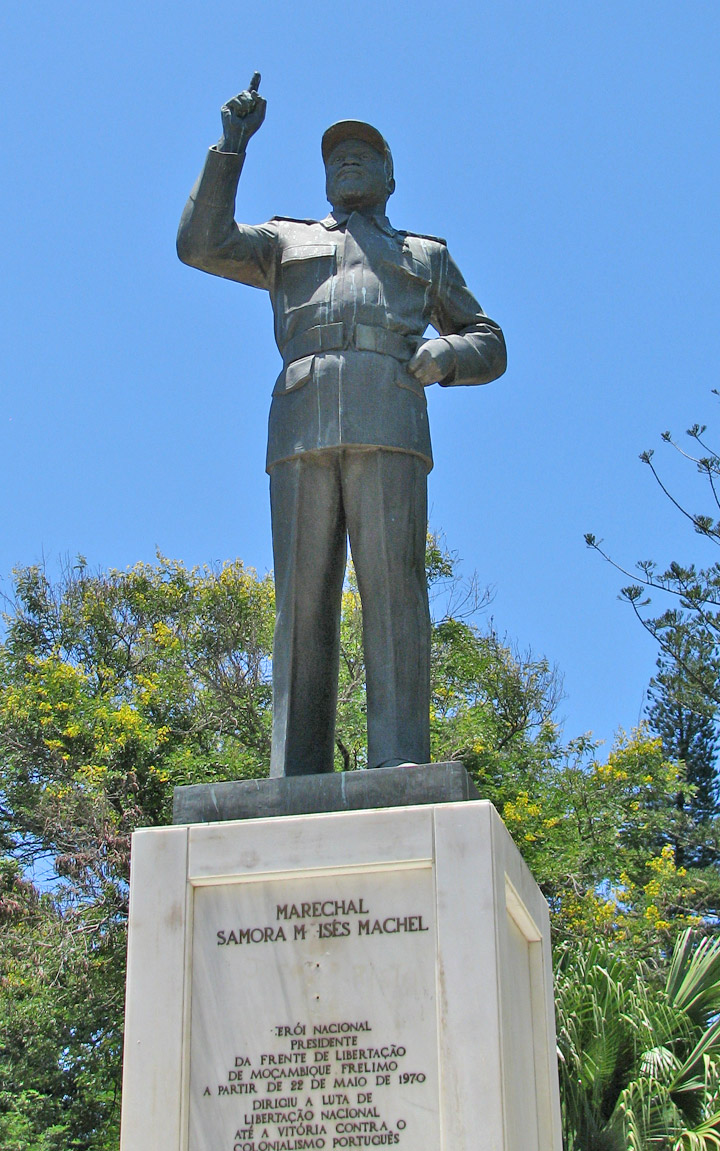 By 1974 the Portuguese army knew that, especially in Mozambique, the colonial wars were unwinnable . 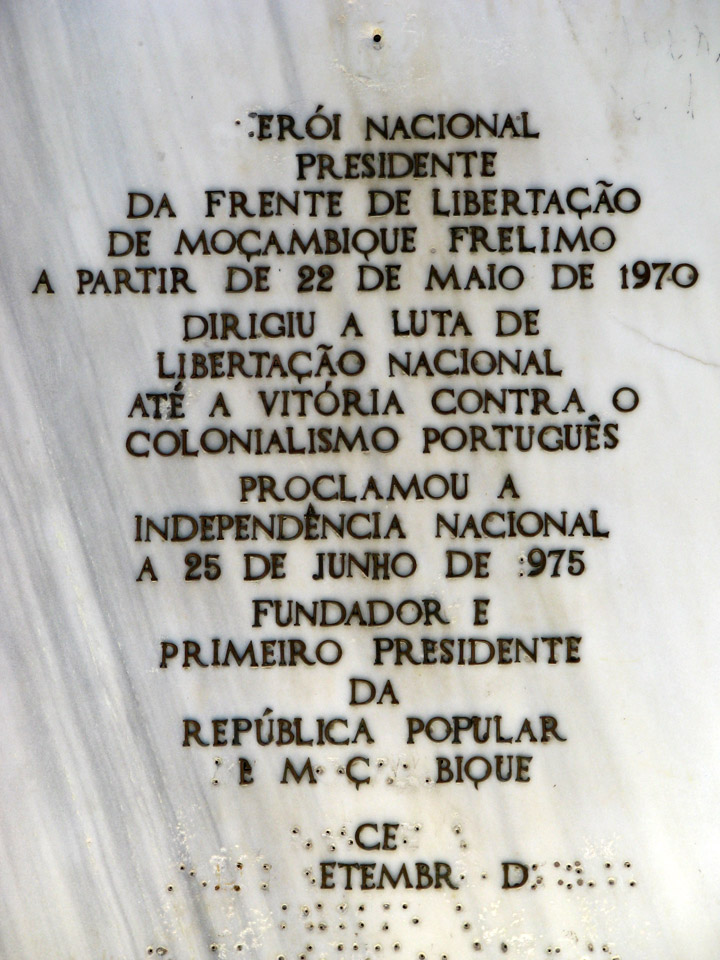 After a socialist-inspired military coup in Portugal overthrew the dictatorship in 1974, Portugal affirmed its intention to grant independence to its remaining colonies. Mozambique became independent on June 25, 1975. 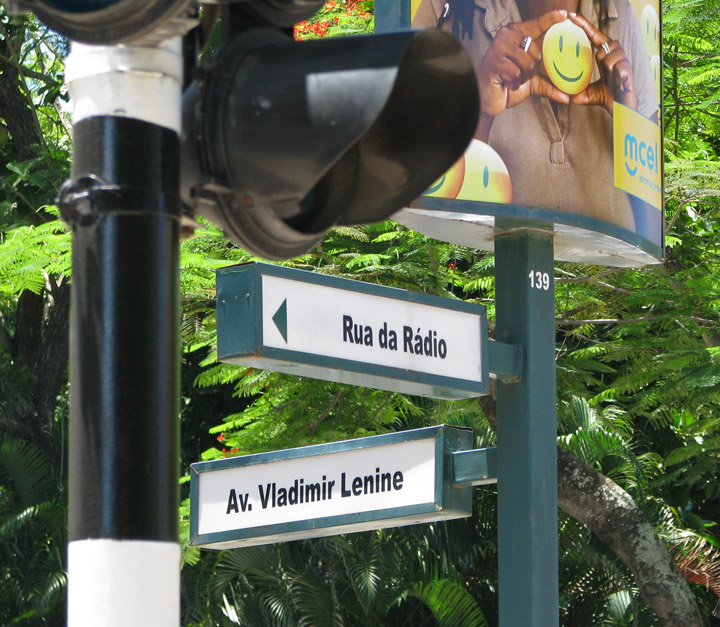 After independence, FRELIMO rapidly established a one-party state allied to the Soviet bloc. FRELIMO eliminated religious schools and the role of tribal chiefs. 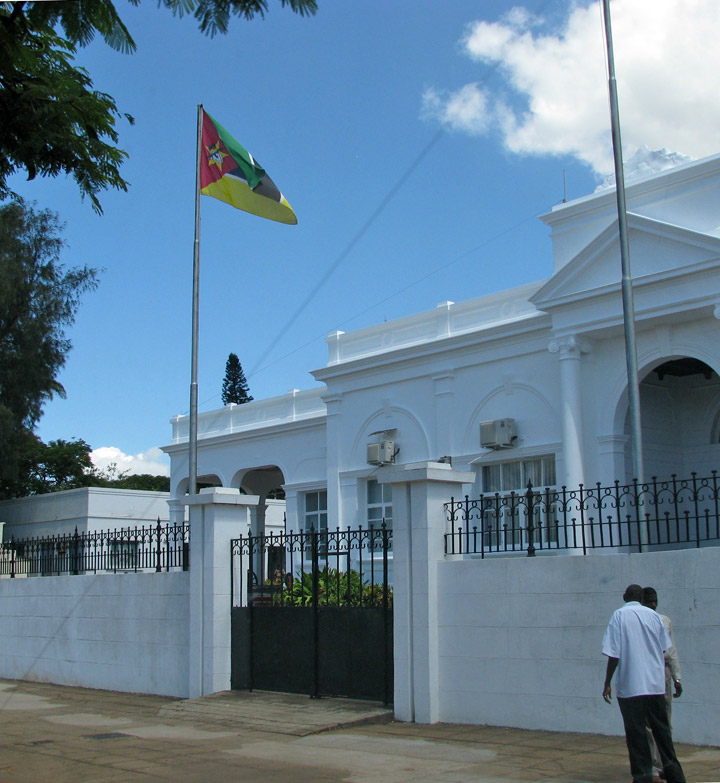 The new government, under president Samora Machel, gave shelter and support to South African (ANC) and Zimbabwean (ZANU) liberation movements while the governments of first Rhodesia and later South Africa (at that time still operating the apartheid laws) fostered and financed an armed rebel movement in central Mozambique called the Mozambican National Resistance (RENAMO). Hence, civil war, sabotage from neighboring white-ruled states such as Rhodesia and the Apartheid regime of South Africa, and economic collapse characterized the first decade of Mozambican independence. Also marking this period were the mass exodus of Portuguese nationals and Mozambicans of Portuguese heritage, a weak infrastructure, and government nationalization of privately owned industries. During most of the civil war, the government was unable to exercise effective control outside of urban areas, many of which were cut off from the capital. An estimated 1 million Mozambicans perished during the civil war, 1.7 million took refuge in neighboring states, and several million more were internally displaced. On October 19, 1986 Samora Machel was on his way back from an international meeting in Zambia in the presidential Tupolev Tu-134 aircraft when the plane crashed in the Lebombo Mountains, near Mbuzini. There were nine survivors but President Machel and twenty-four others died, including ministers and officials of the Mozambique government. The United Nations' Soviet delegation issued a minority report contending that their expertise and experience had been undermined by the South Africans. Representatives of the USSR advanced the theory that the plane had been intentionally diverted by a false navigational beacon signal, using a technology provided by military intelligence operatives of the South African government (at that time still operating the laws of apartheid). Machel's successor, Joaquim Chissano, continued the reforms and began peace talks with RENAMO. The new constitution enacted in 1990 provided for a multi-party political system, market-based economy, and free elections. The civil war ended in October 1992 with the Rome General Peace Accords, brokered by the Community of Sant'Egidio. Under supervision of the ONUMOZ peacekeeping force of the United Nations, peace returned to Mozambique. 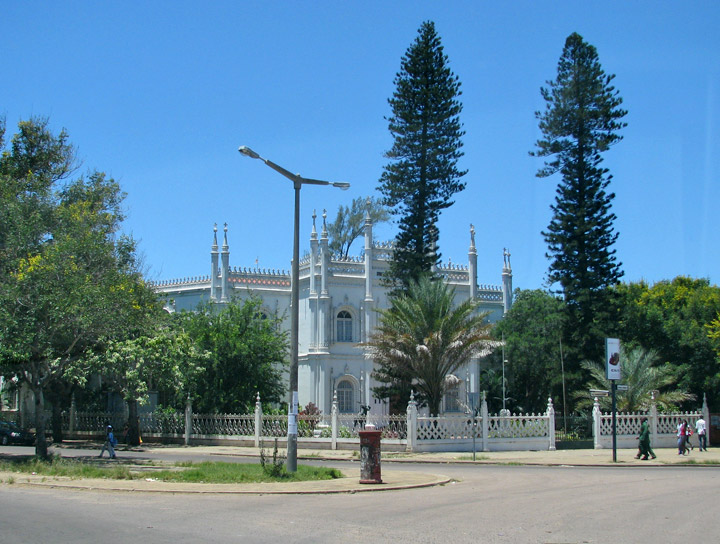 By mid-1995 the more than 1.7 million Mozambican refugees who had sought asylum in neighboring Malawi, Zimbabwe, Swaziland, Zambia, Tanzania, and South Africa as a result of war and drought had returned, as part of the largest repatriation witnessed in Sub-Saharan Africa. Additionally, a further estimated four million internally displaced persons returned to their areas of origin 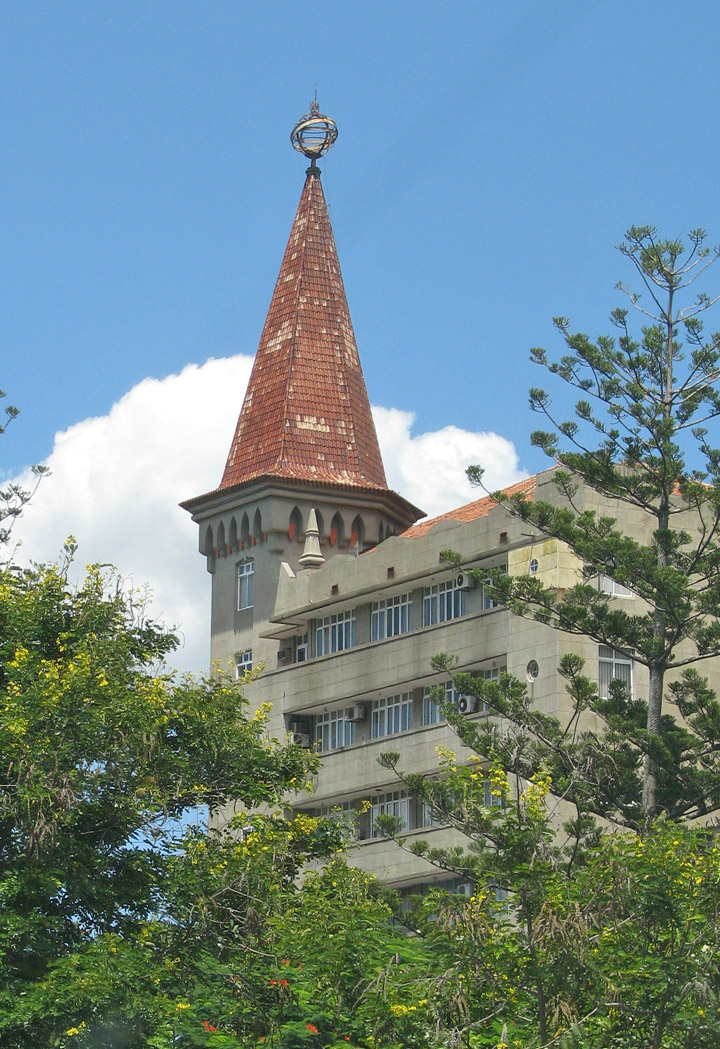 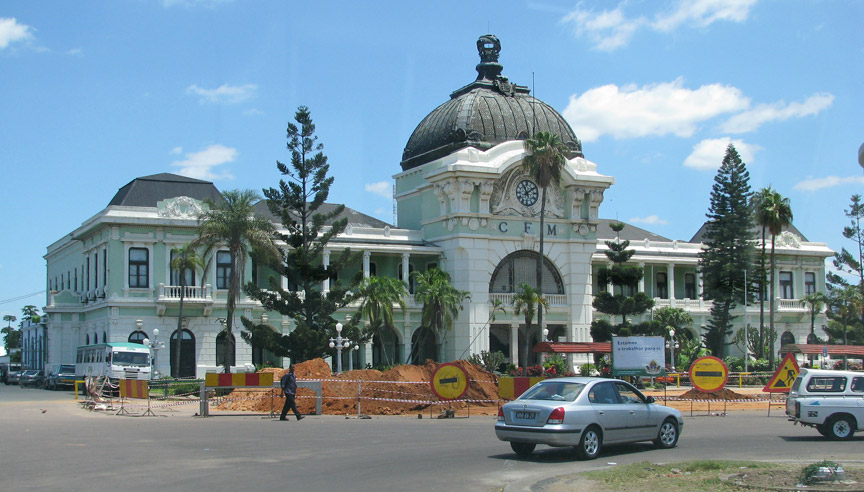 More Photos of the Train Station 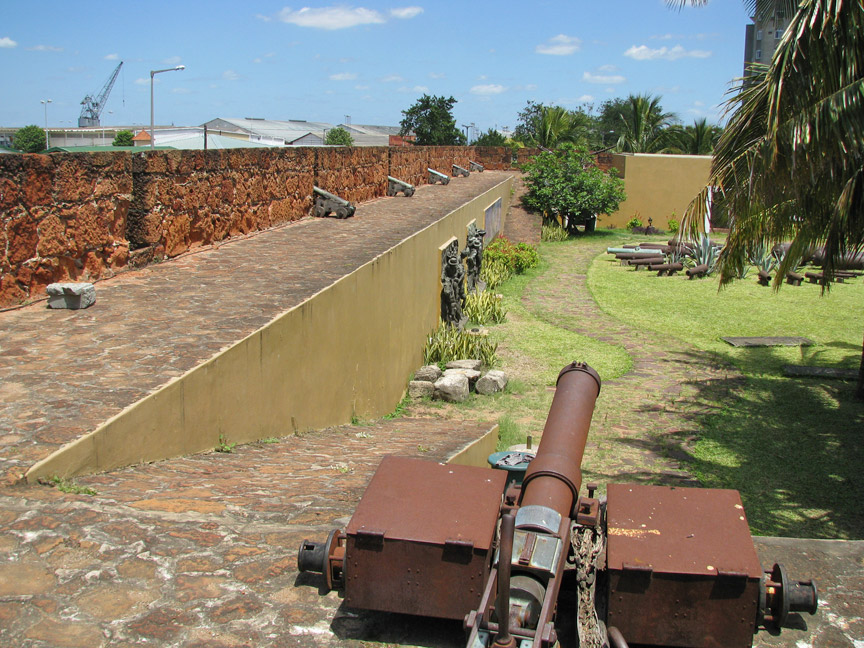 More Photos of the Fortress 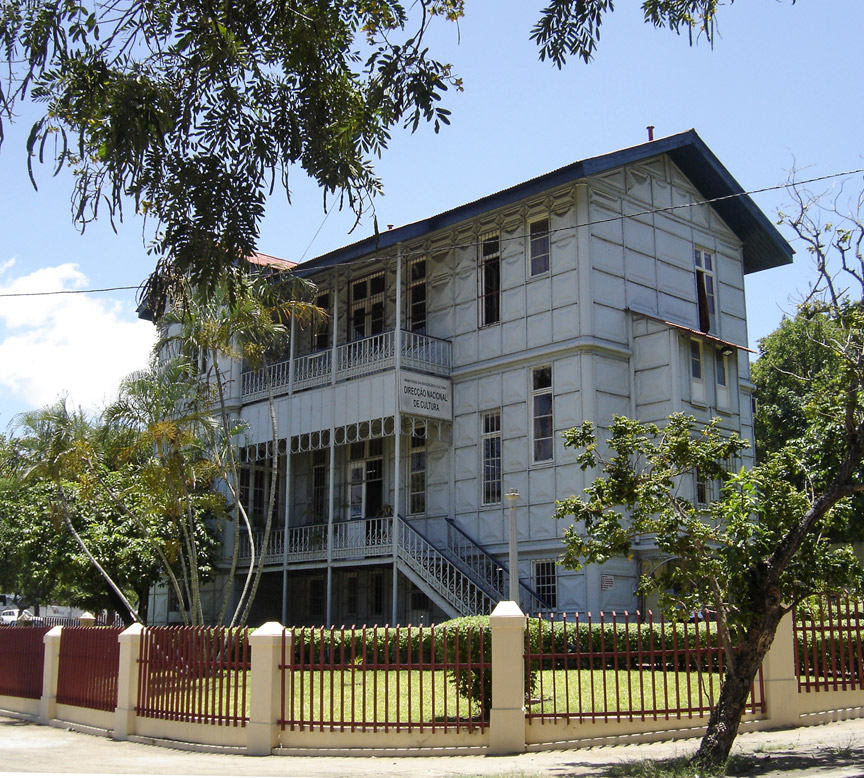 More Photos of the Steel House 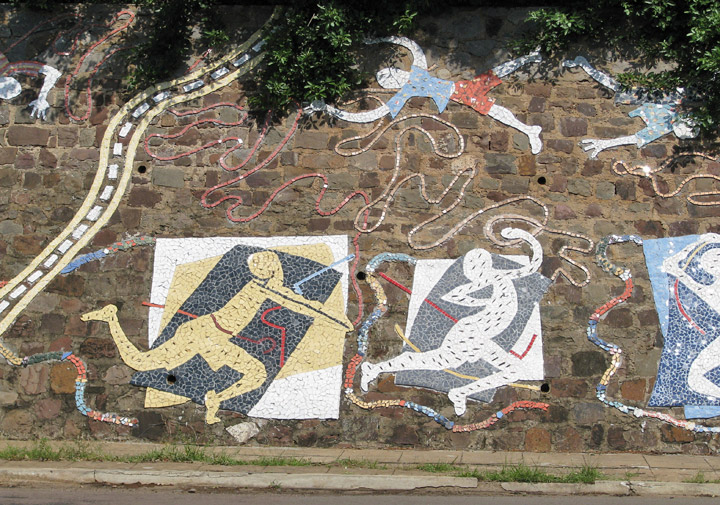 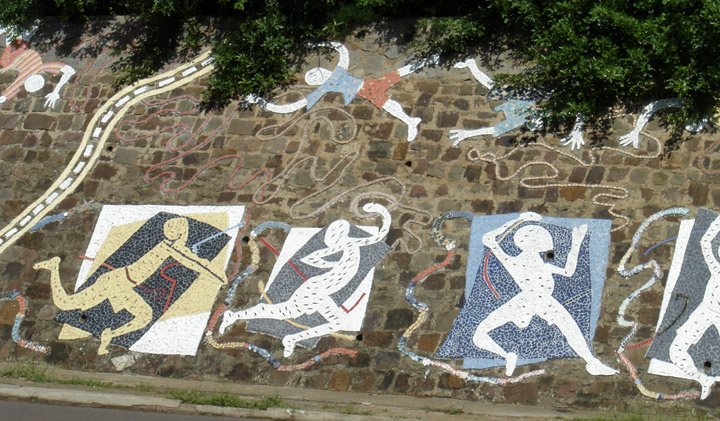 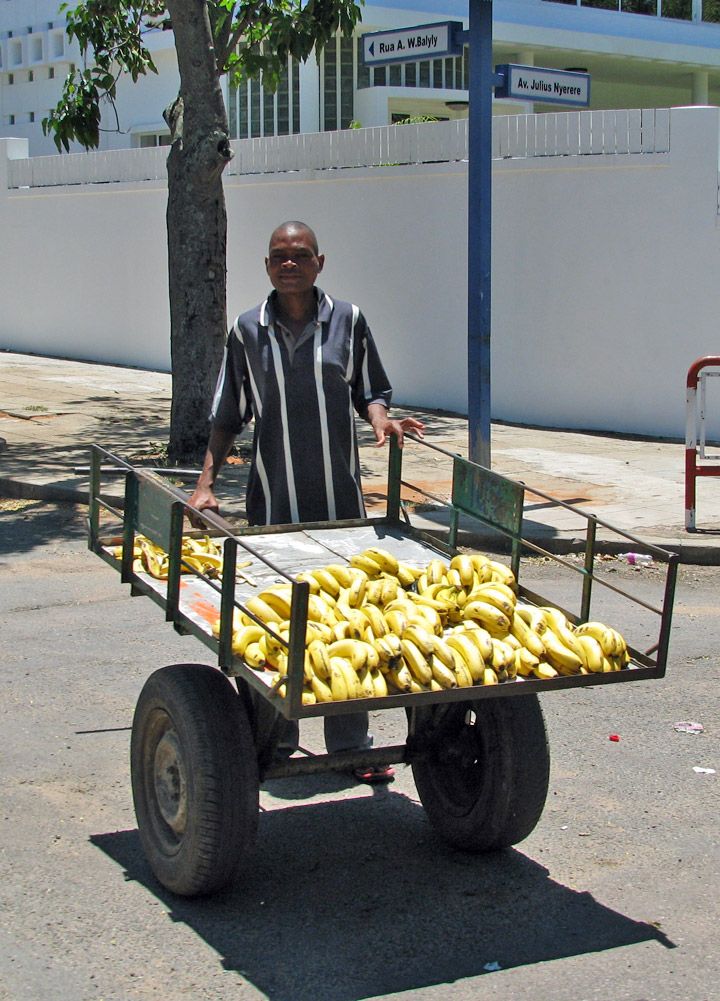 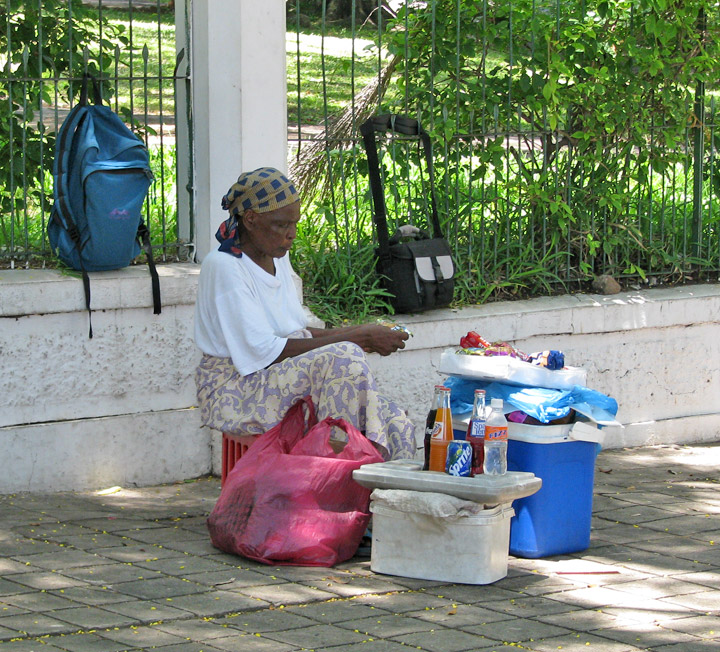 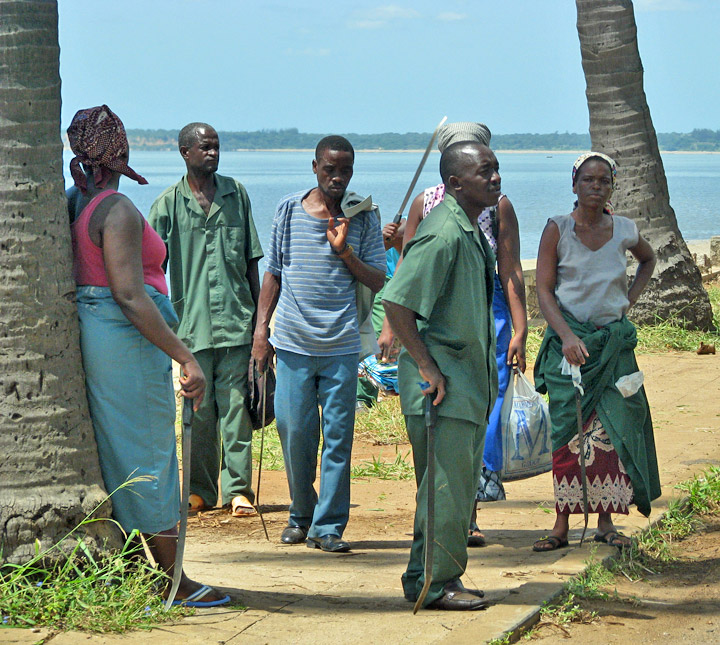 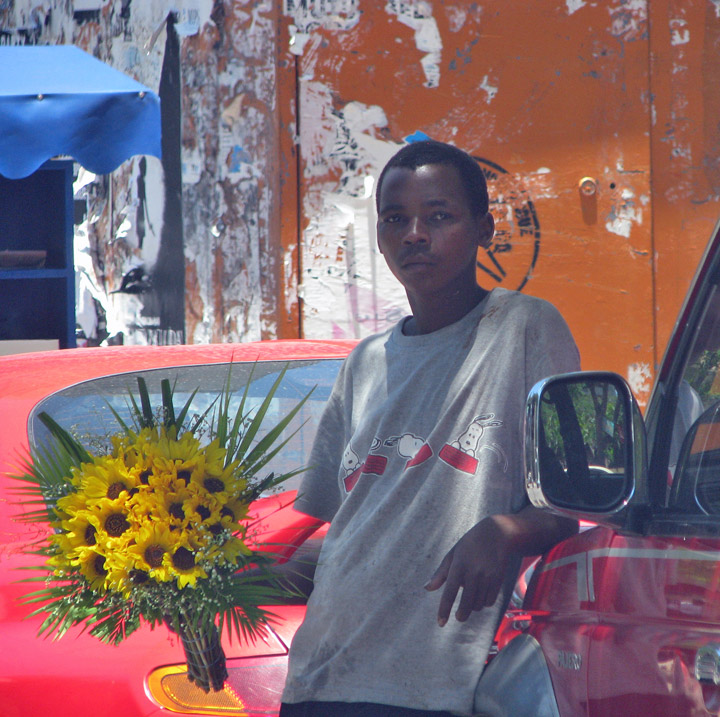