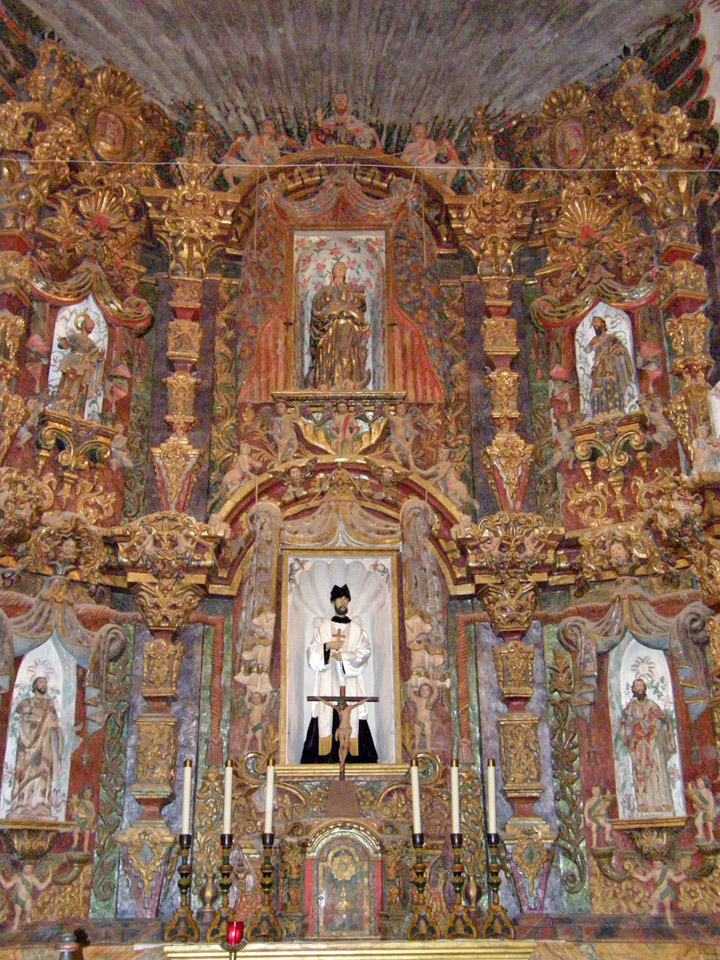 The team's conservation plan for San Xavier is divided into five stages for both the wall paintings and the and the sculptures: "consolidation, cleaning, removal of overpaint, application of mortar repairs, and final presentation 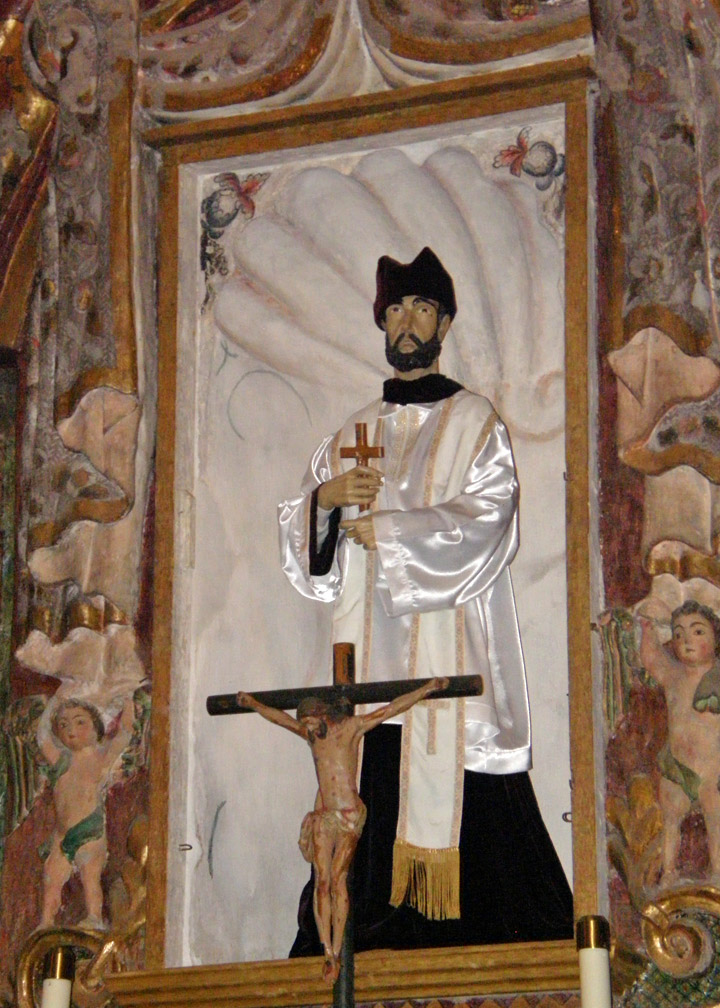 According to Schwartzbaum's report, "Conservation of the Chapel of La Madre Dolorosa in the Hispanic Church of San Xavier del Bac, Tucson, Arizona," the following methods and materials are being used.

Consolidation. In areas where the intonaco was separating from the brick support, Ledan, a modified hydropic lime, was injected. In areas of paint flaking less sensitive to moisture, a 15% dispersion of Rhoplex (Primal) AC33 in water was applied with a syringe. Those areas of serious paint flaking which were very sensitive to water were consolidated using acrylic dispersion, Rhoplex (Primal) E330:water:alcohol (3:4:13). 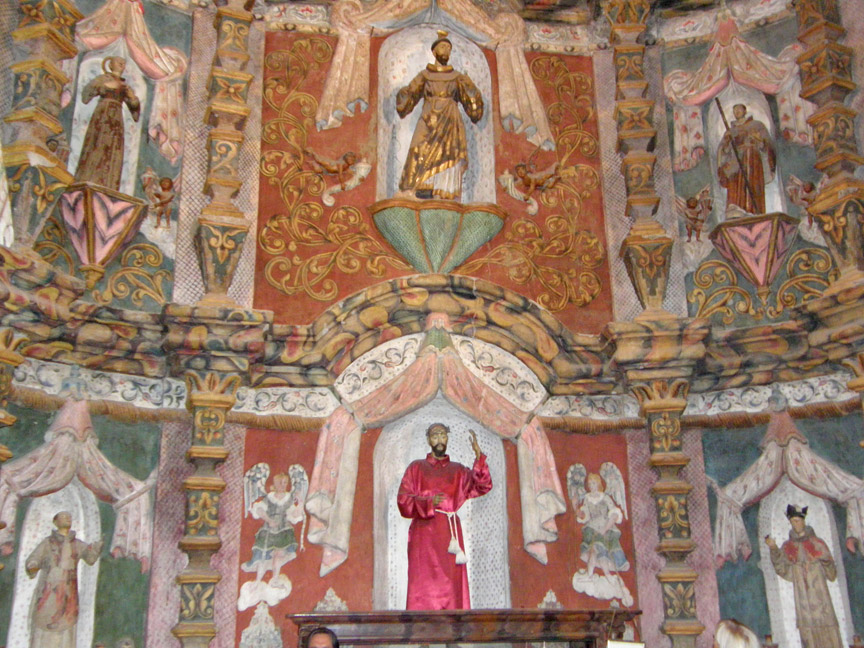 Cleaning. The grime in the church consisted mainly of a heavy layer (1/2- 1/4 inch) of airborne debris, candle residue (carbon deposits), insect nests, and infestation. The surface dirt was removed mechanically, wherever possible, with bristle brushes, water, and sponges (sometimes using an intervention layer of Japanese tissue). The insect nests were softened with water or alcohol and then removed mechanically. 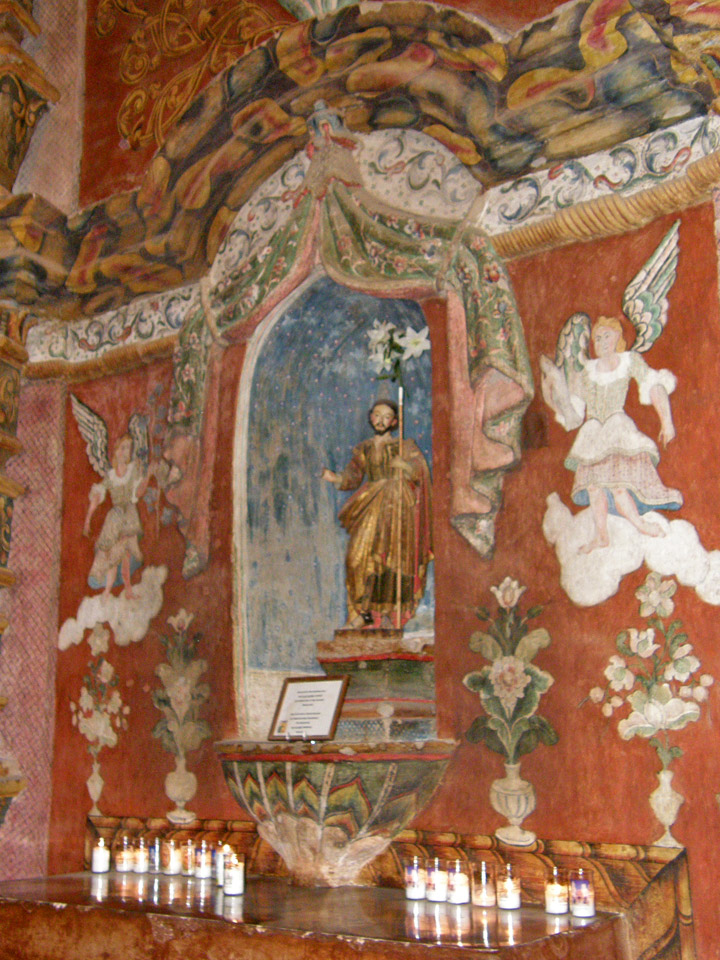 Overpaint removal. Most interior surfaces had an organic coating of unknown origin, probably serving as a varnish, which had darkened to a brown- orange color and required removal. The material was removed with denatured alcohol applied through an intervention layer of Japanese paper. 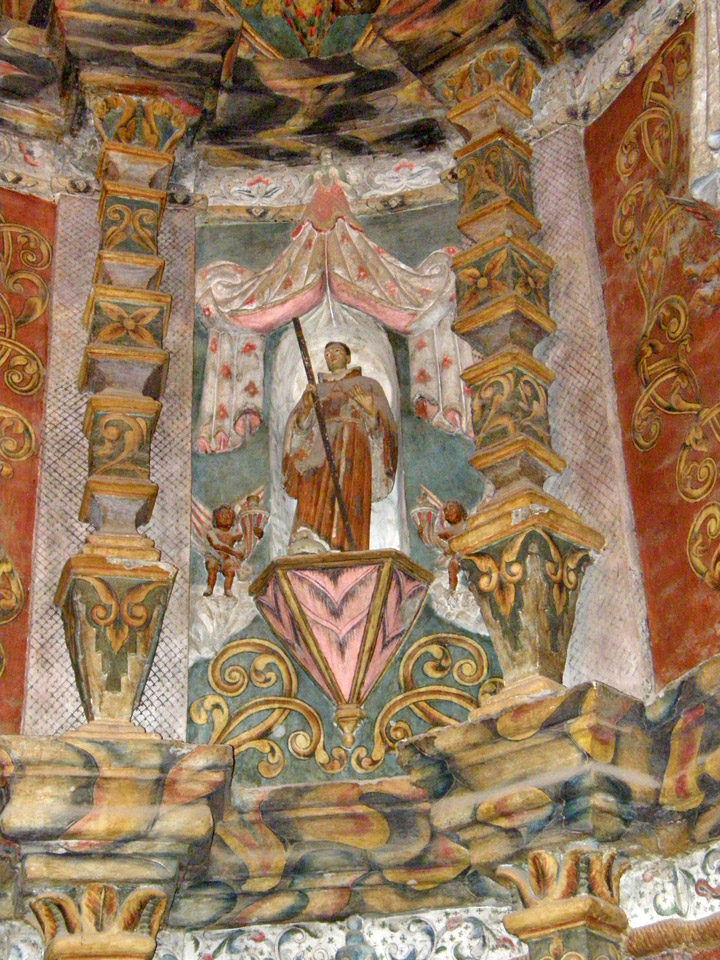 In the 1950s, Henry Milan, a local Tucson artist, had overpainted entire wall paintings in an oil medium; this overpaint was selectively removed using a Japanese paper compress soaked with a solution of alcohol and acetone 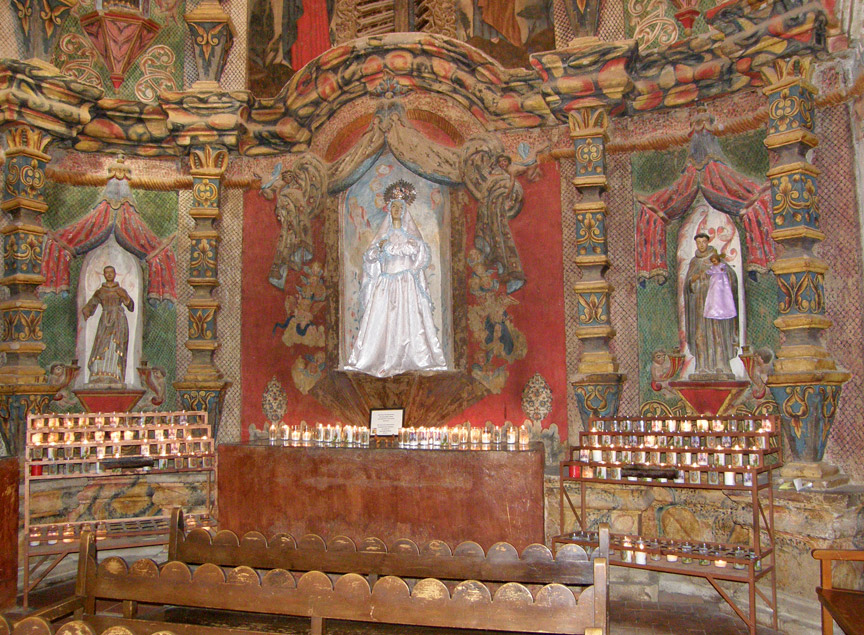 Mortar repairs. Some deep losses required filling which was executed using a rough mortar of slaked lime:coarse sand (1:3) and finished with a finely sifted mortar of slaked lime:sand:adobe (1:2:1). The fills and areas of loss exposed by the removal of the overpaint were colored using Winsor and Newton watercolor glazes. 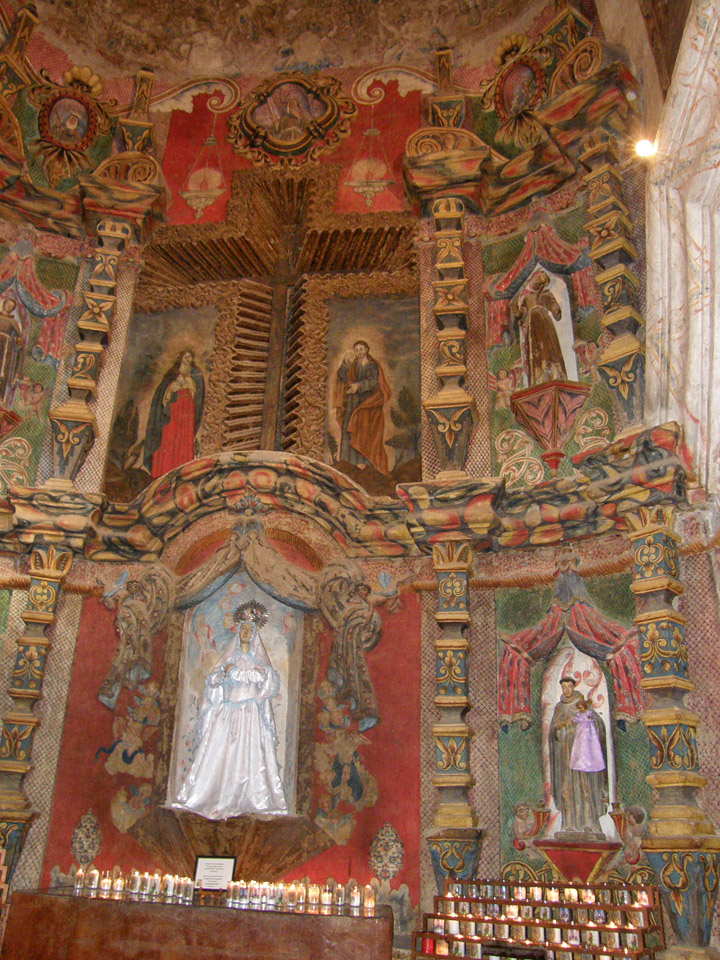 The treatment of the sculptures entailed similar techniques. Some figures required consolidation due to lifting paint and detached glass eyes. The cleaning was performed using wool pads soaked in solutions of water, alcohol, and ammonia (less than 5%) used individually or in a combination when required. Desogen was added to the solutions in order to increase surface contact and solvent action; the treated areas were further cleaned with water to remove any traces of the remaining solvents. Areas of overpaint were removed with a solvent mixture of dimethyl formamide:amyl acetate:butylamine (1:1:1). Stucco repairs were administered to losses visible from ground level of the chapel, and minute losses in the hands and faces were filled with a gesso of calcium sulfate. Selective toning and reintegration was performed using Winsor and Newton glazes with Maimeri varnish colors mixed with Paraloid B-72.

Text from Jason L. Metcalfe, the University of Arizona 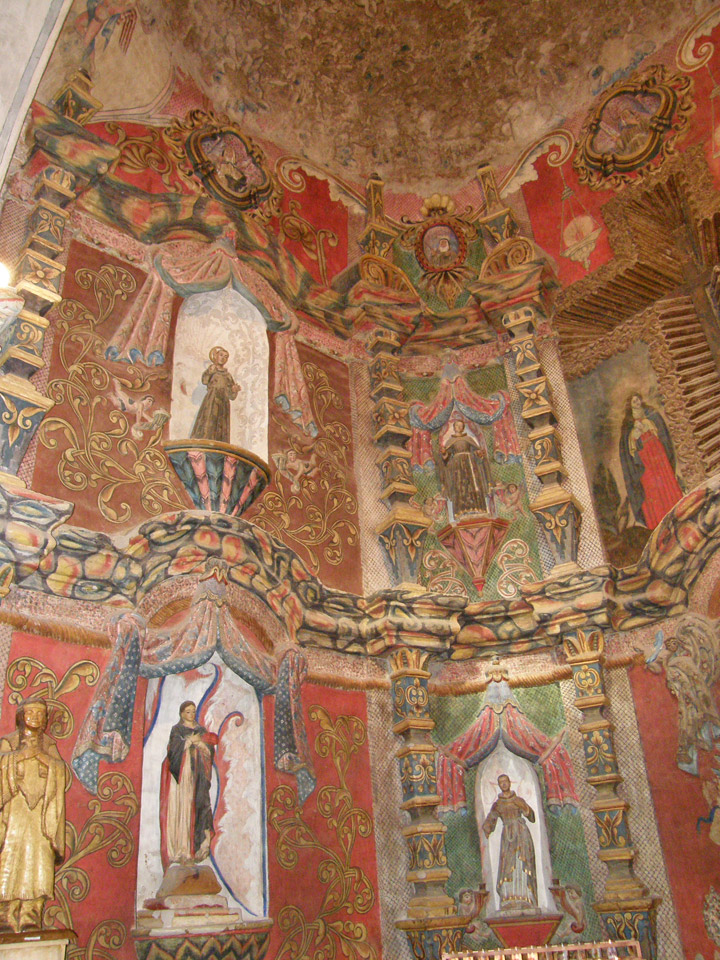 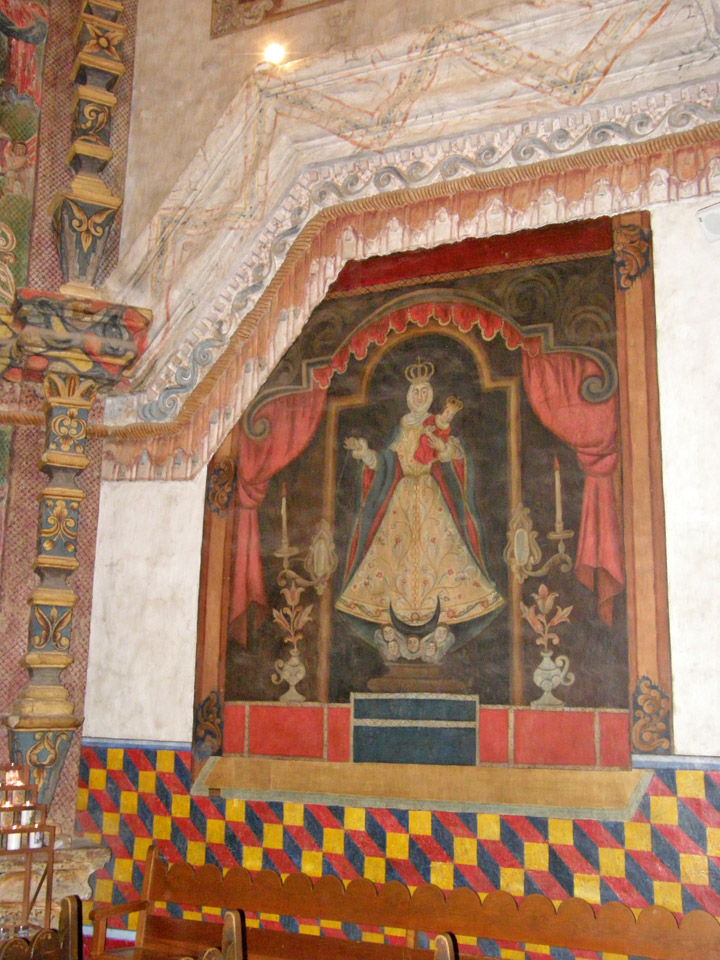 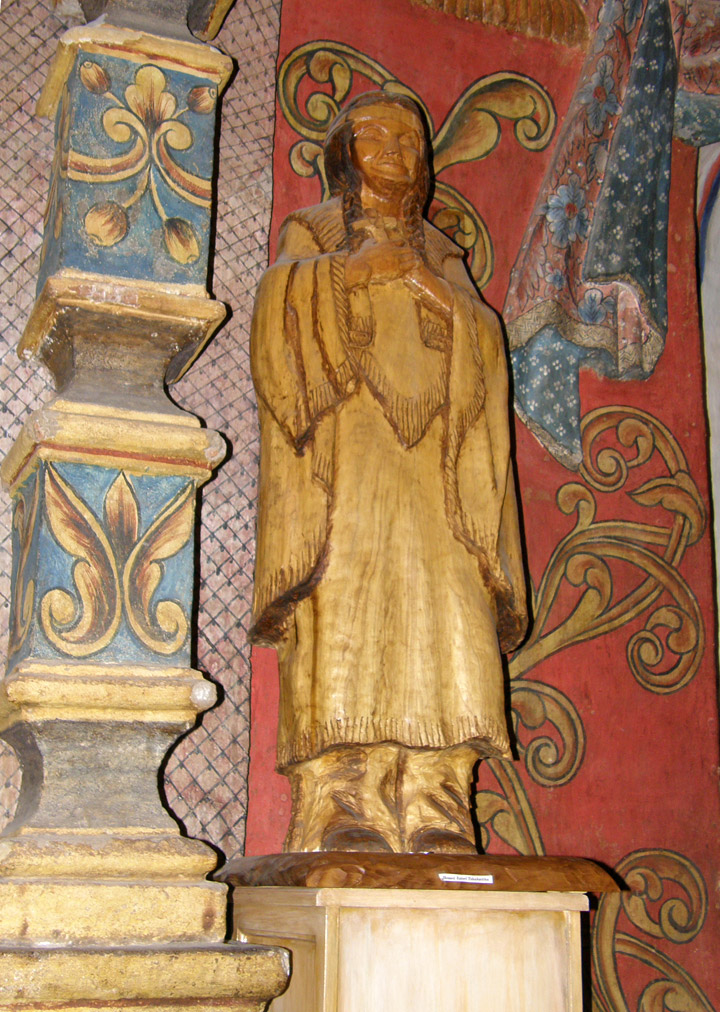 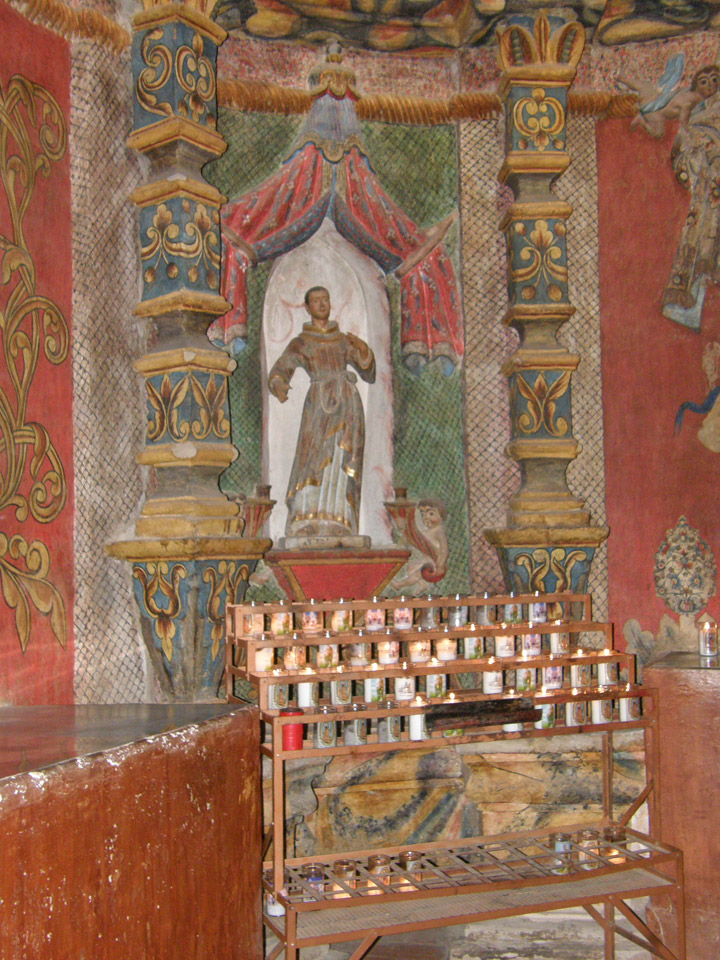 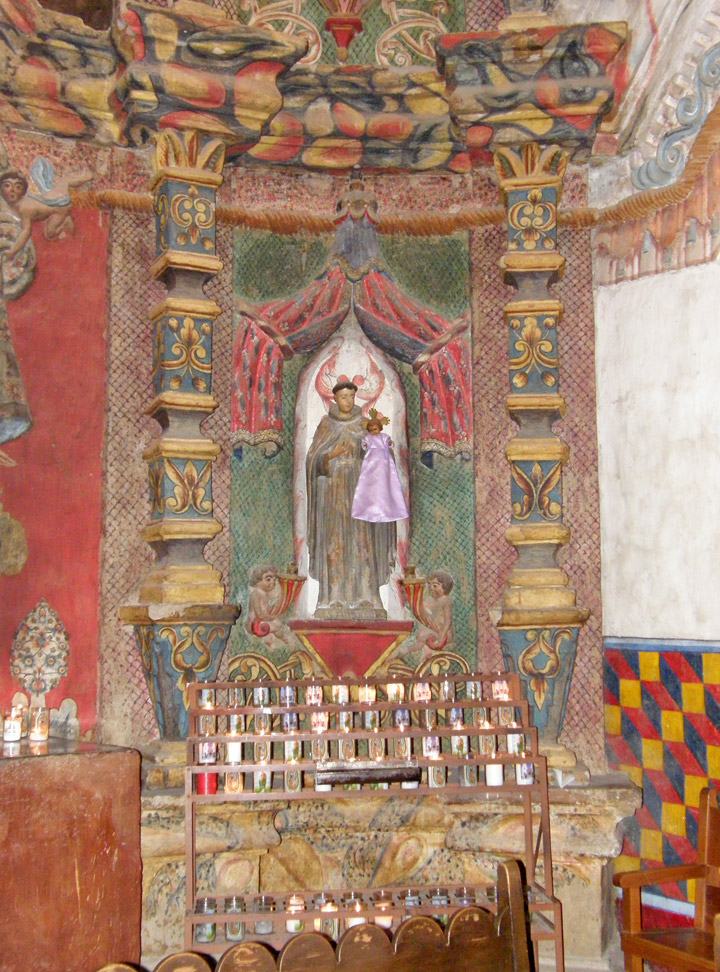 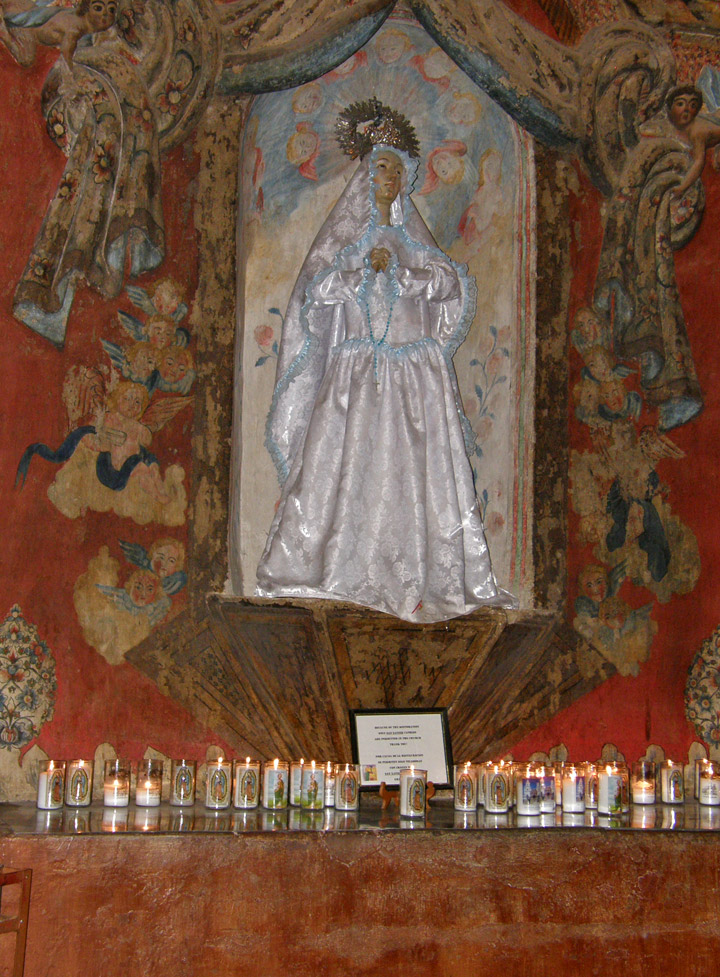 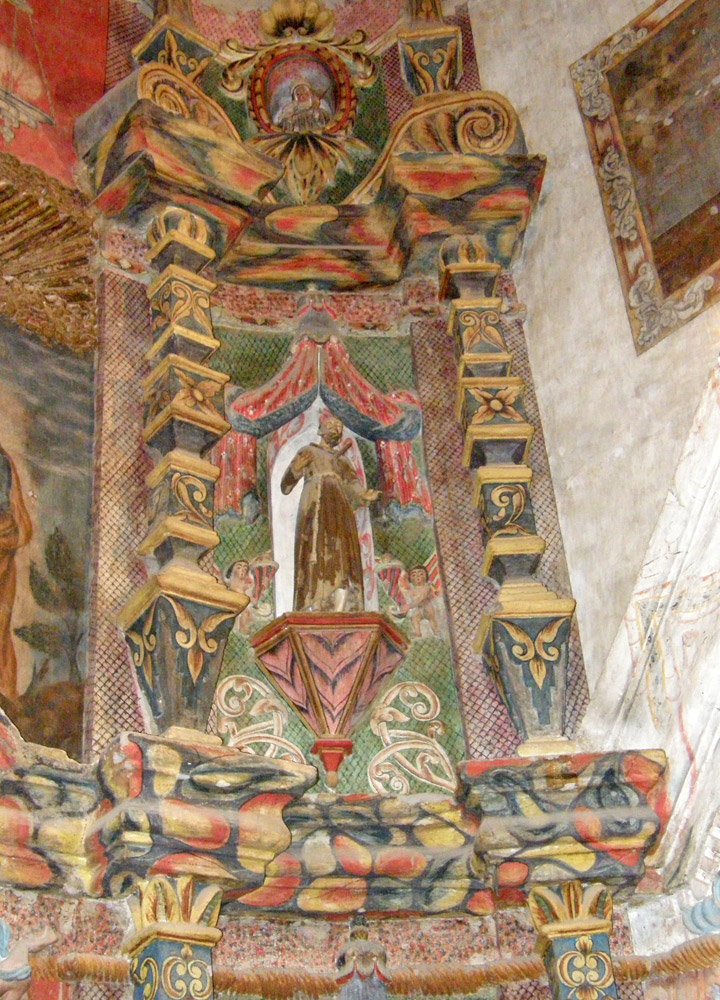 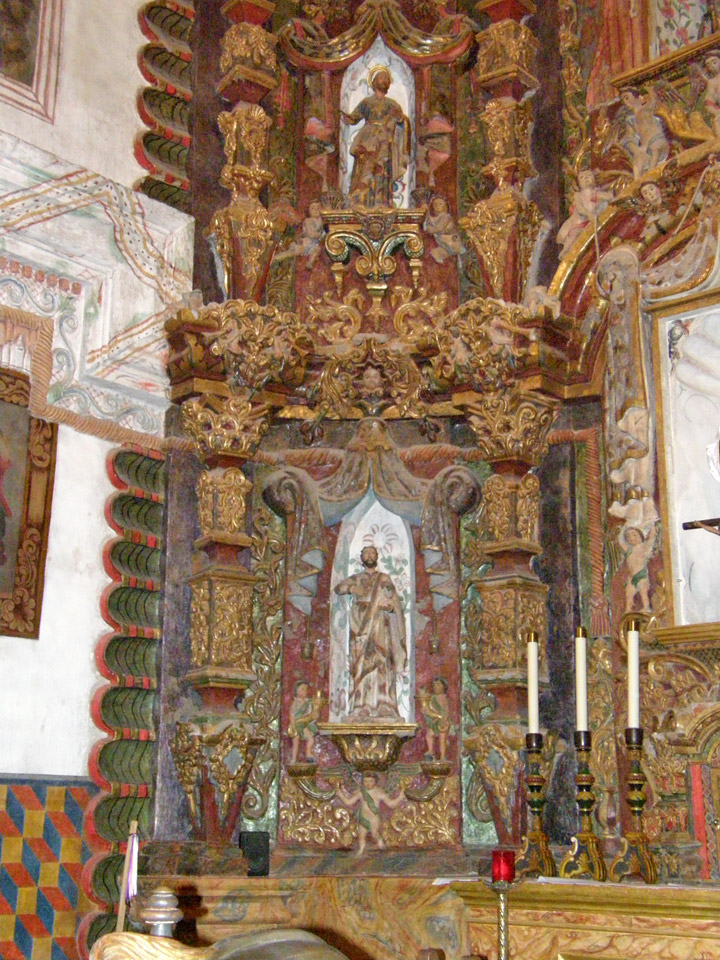 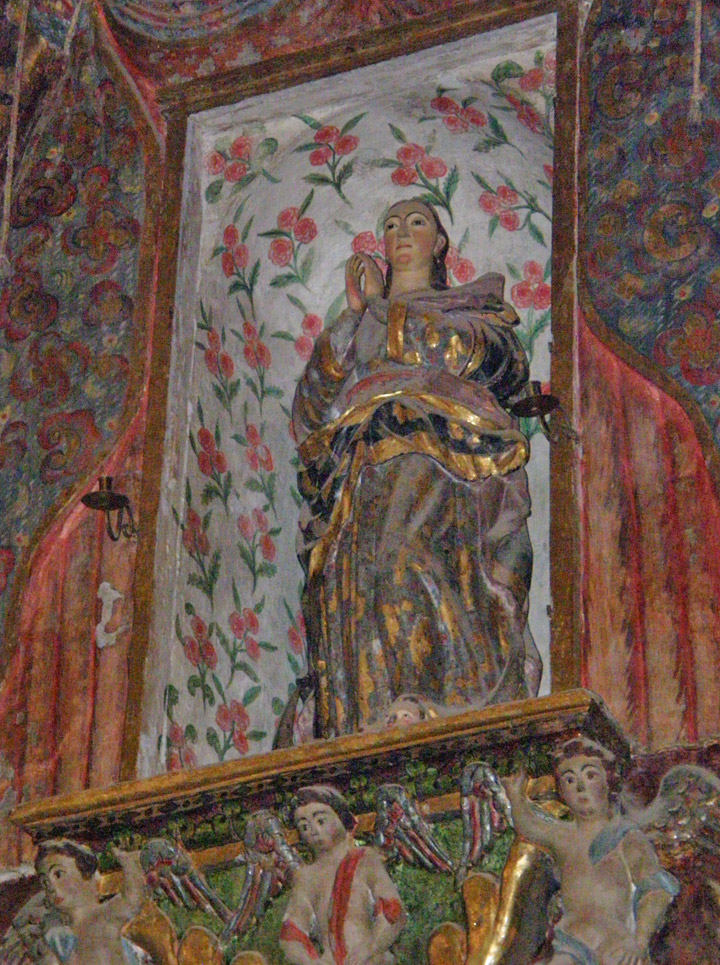