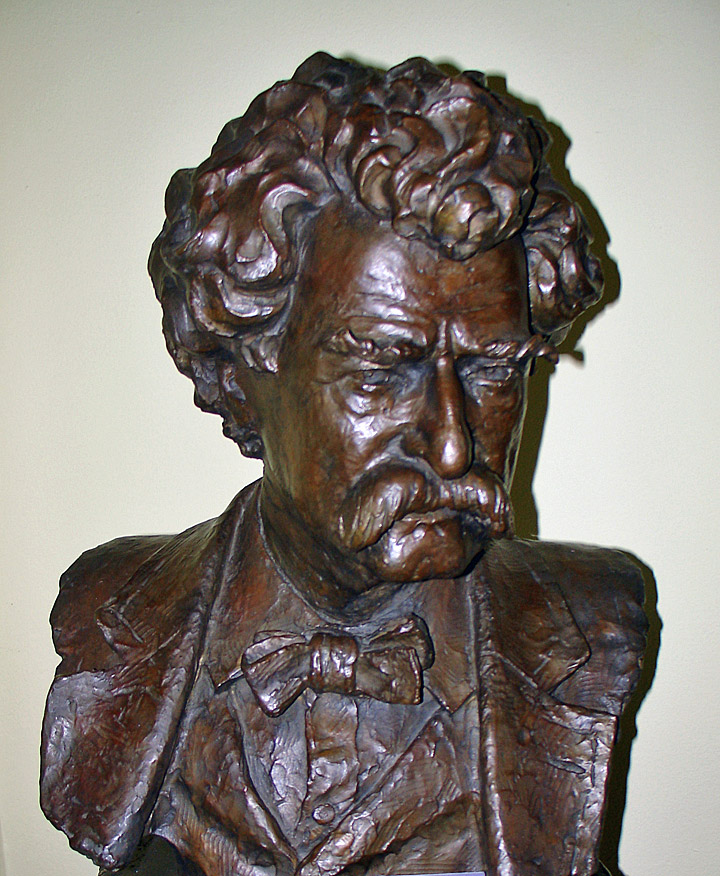 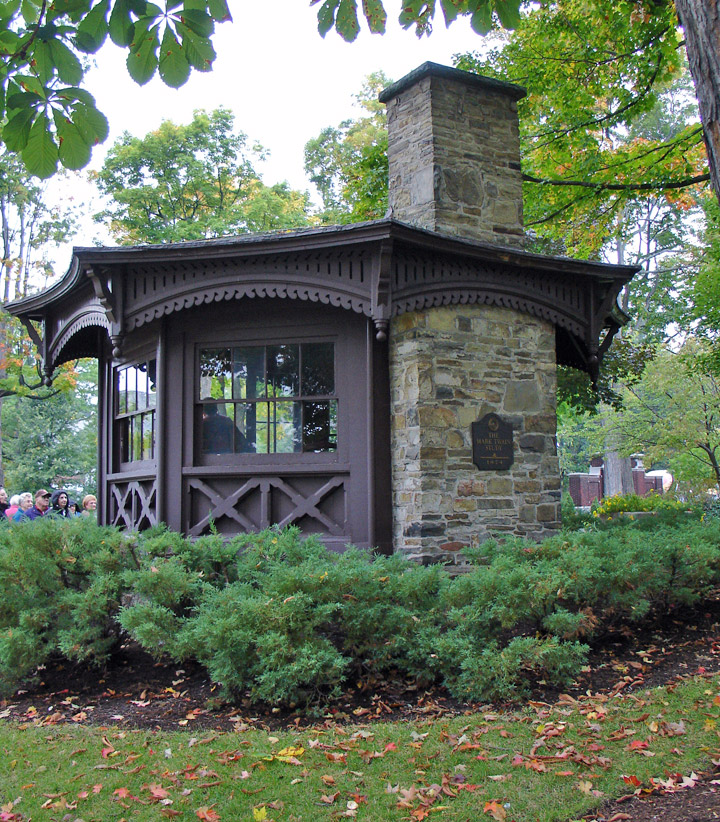 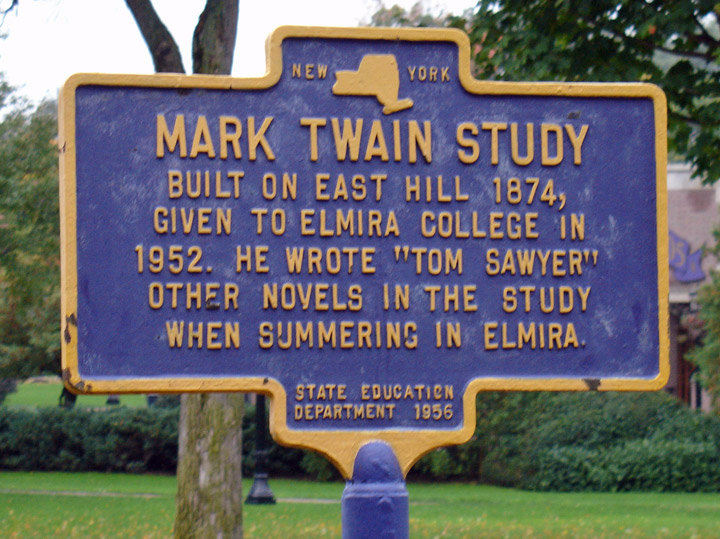 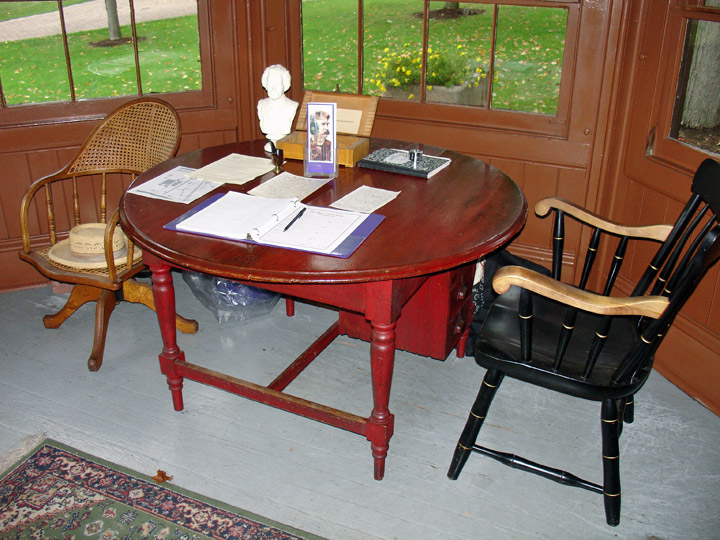 his writing table and chair 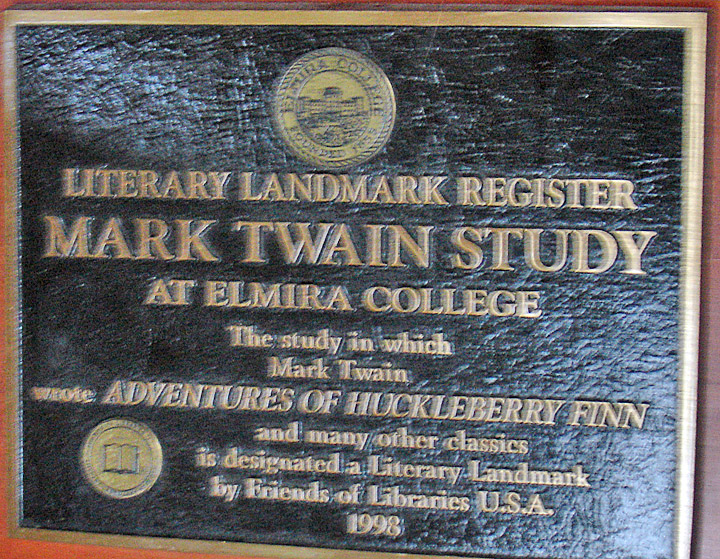 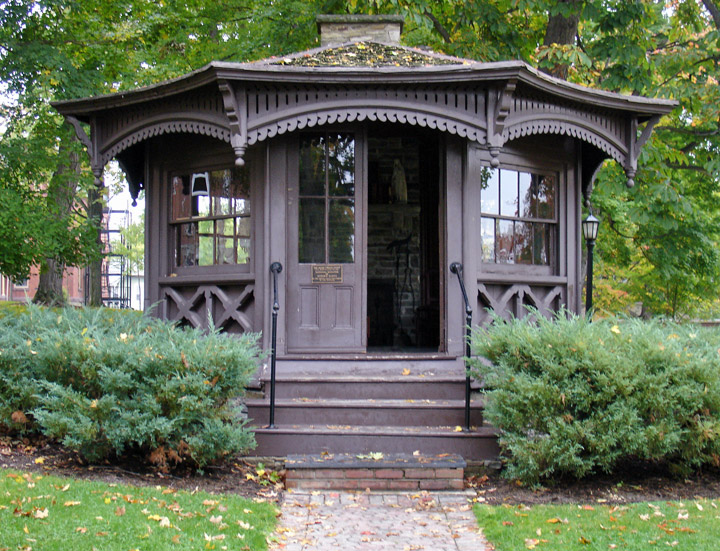 the study was built for him on a nearby farm owned by his wife's family
it is where, in the summers, he wrote some of his best know works
(later relocated to the Elmira College campus) 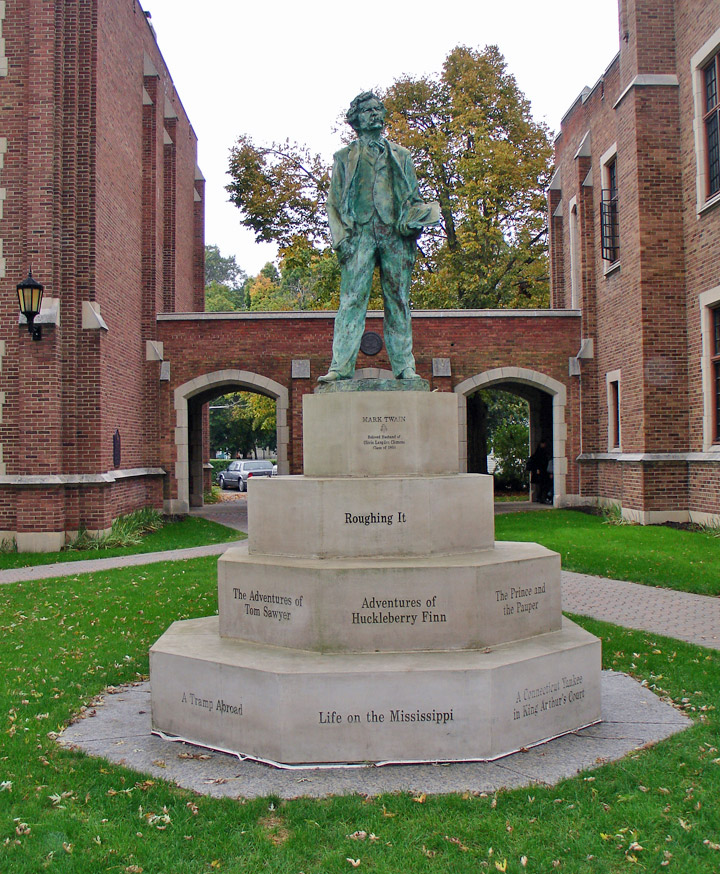 statue of Mark Twain on the campus of Elmira College
on the stand are inscribed the names of the literary works
he completed while in Elmira, New York