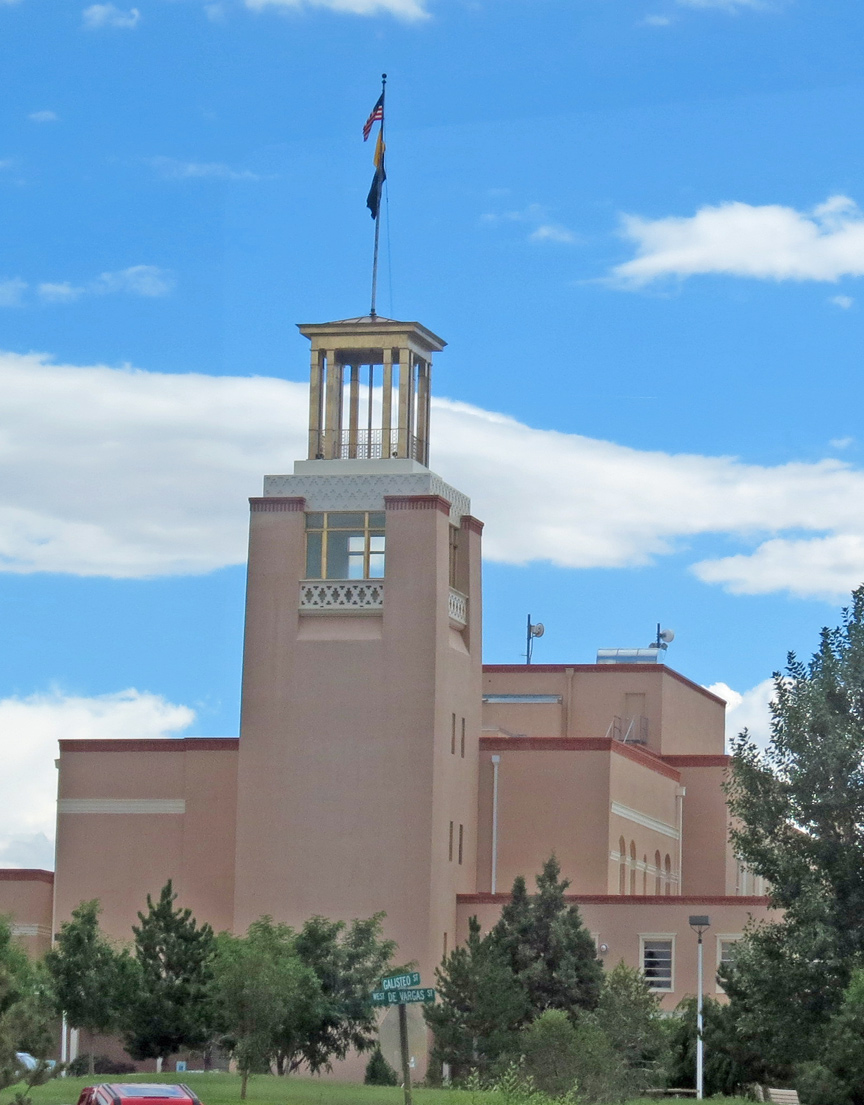 The New Mexico State Capitol, located in Santa Fe, New Mexico, is the house of government of the U.S. state of New Mexico. It is the only round state capitol in the United States, and is known informally as "the Roundhouse".

The building was designed to resemble the Zia Sun Symbol when viewed from above, with four entrance wings that protrude from the main cylindrical volume. Architecturally, the Capitol is a blend of New Mexico Territorial Revival style and neoclassical influences. Above each entrance is a stone carving of the State Seal of New Mexico. The building has four levels, one of which is below ground. 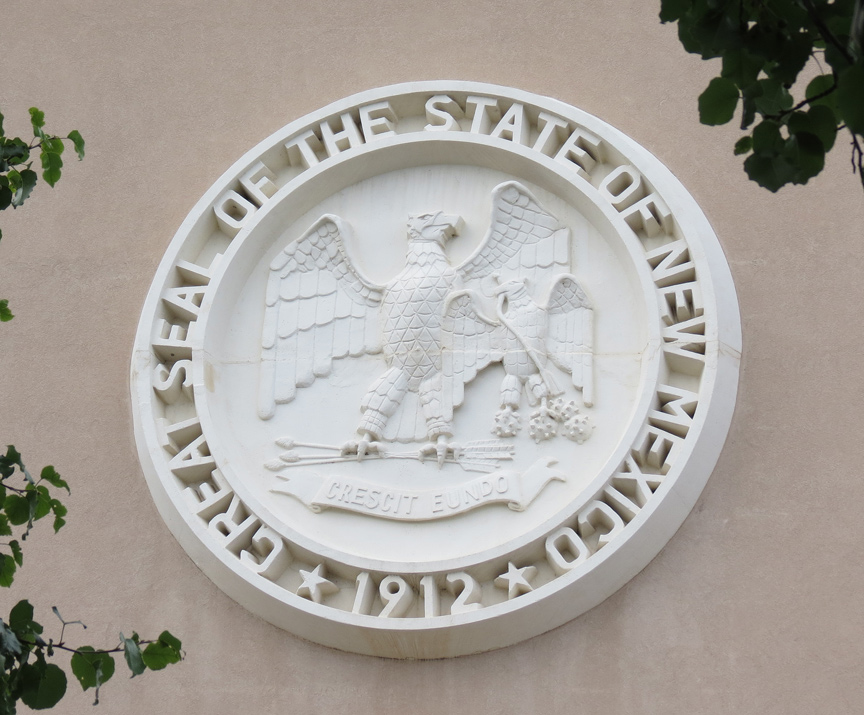 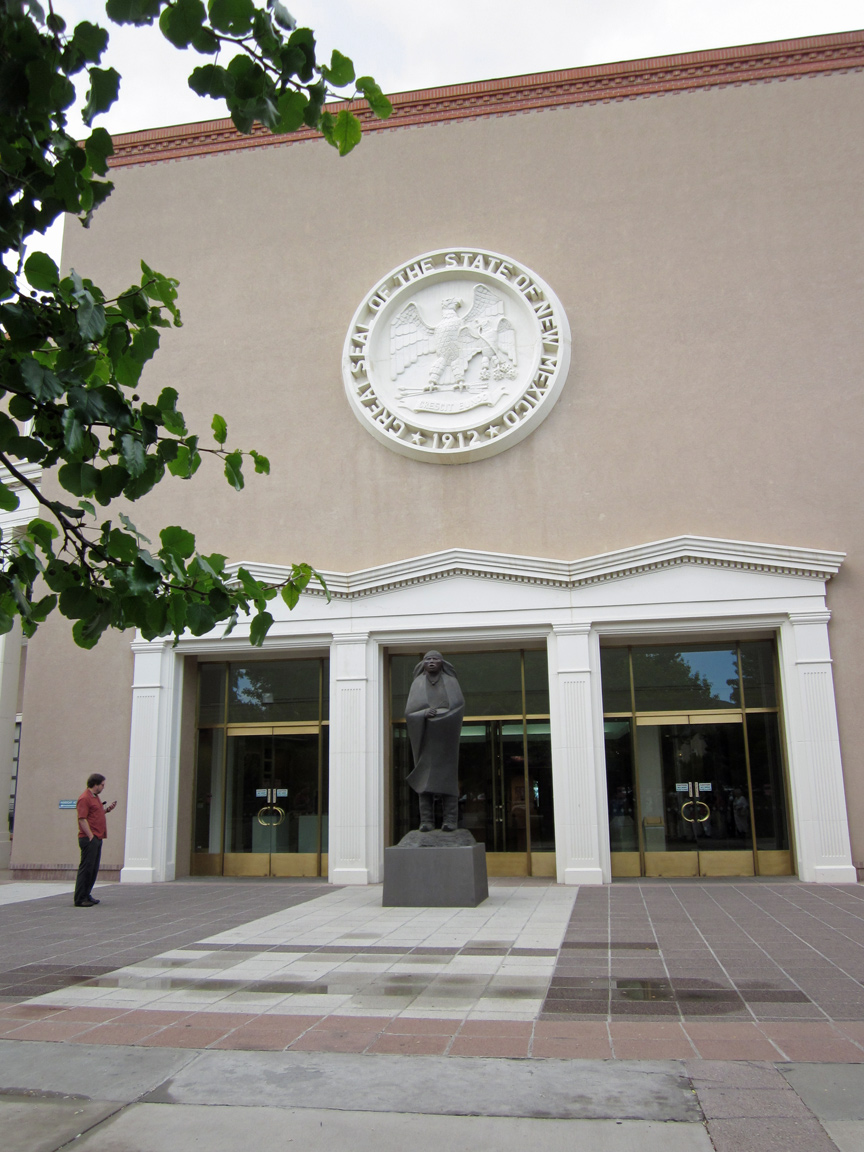 The capitol houses the New Mexico State Legislature. The first floor (below ground) contains the semicircular House and Senate chambers, which are not accessible to the public. The second story, which is the ground floor, includes galleries where visitors can view the House and Senate chambers. The House gallery seats 281 people and is located on the south side of the building. The Senate gallery, which seats 206 people, is on the north side of the building. The two upper floors are mainly offices, with legislative committee offices on the third floor and the offices of the Governor, Lieutenant Governor, and Legislative Council Service on the fourth floor. 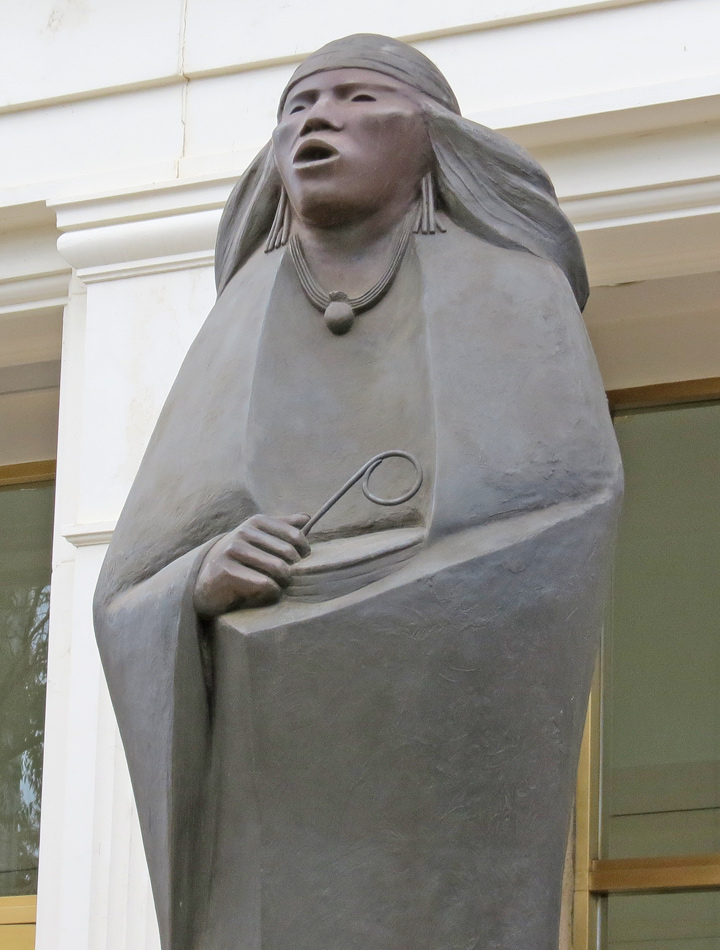 The Rotunda in the center of the building is 49 feet (15 m) in diameter and 60 feet (18 m) high, spanning the second, third, and fourth floors. The Rotunda is finished with Travertine marble native to New Mexico and inlaid with a turquoise and brass mosaic of the Great Seal of New Mexico. The ceiling skylight is designed to resemble an Indian basket weave, with blue and pale pink stained glass representing the sky and the earth, respectively. The flags of New Mexico’s 33 counties are on permanent display on the fourth floor balcony. 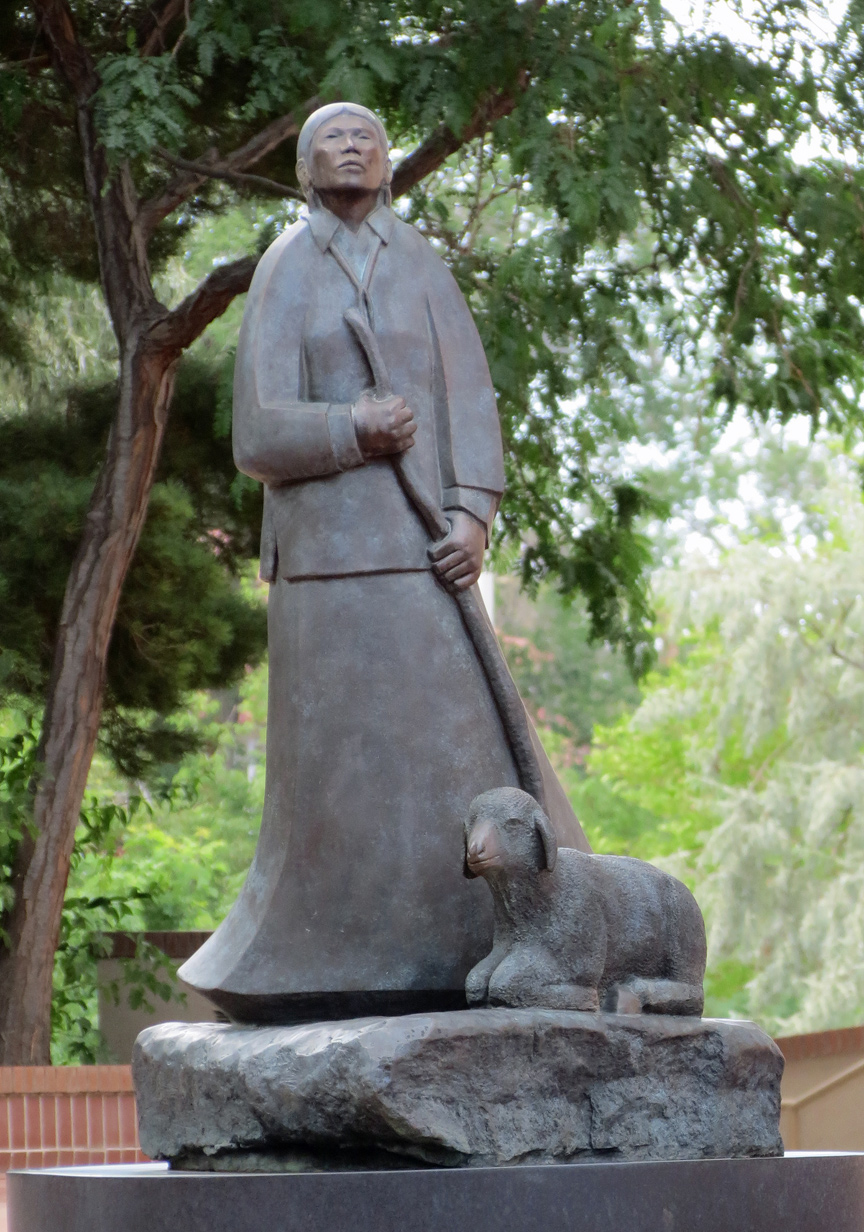 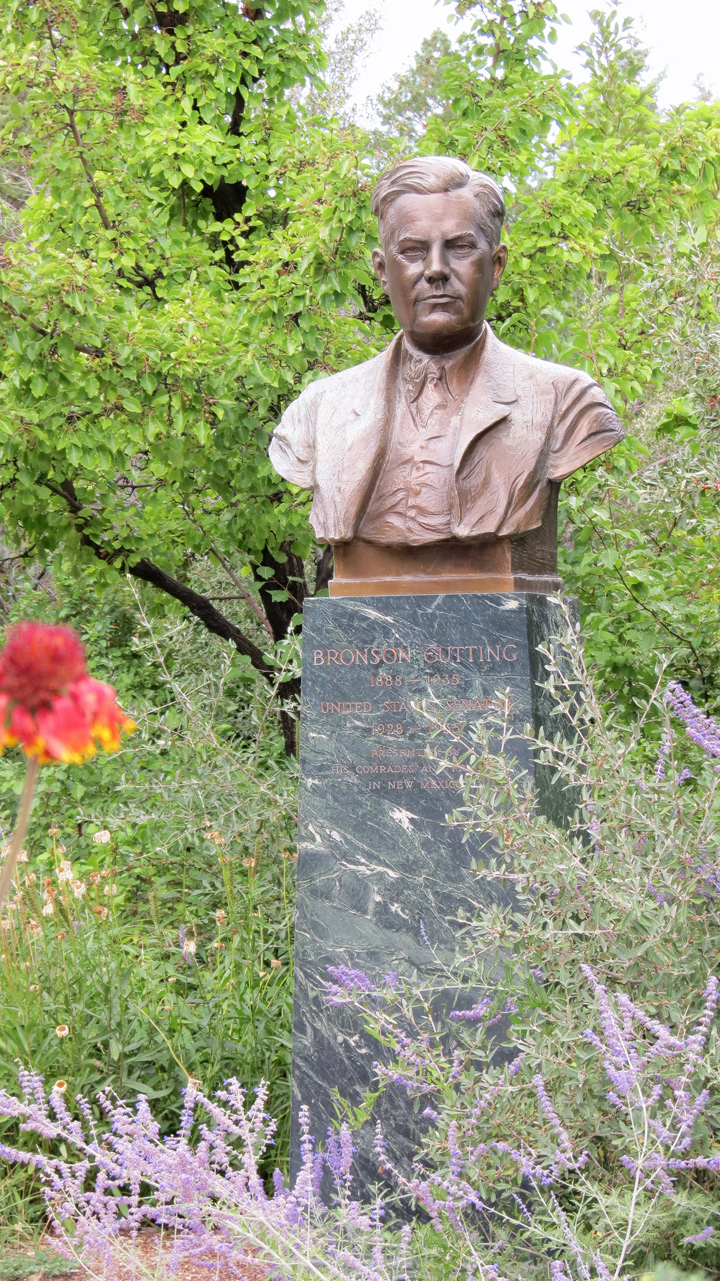 A renovation in 1992 included expansion of the committee rooms, asbestos abatement, mechanical and electrical improvements and greater accessibility for handicapped people. The building was rededicated on December 4, 1992. 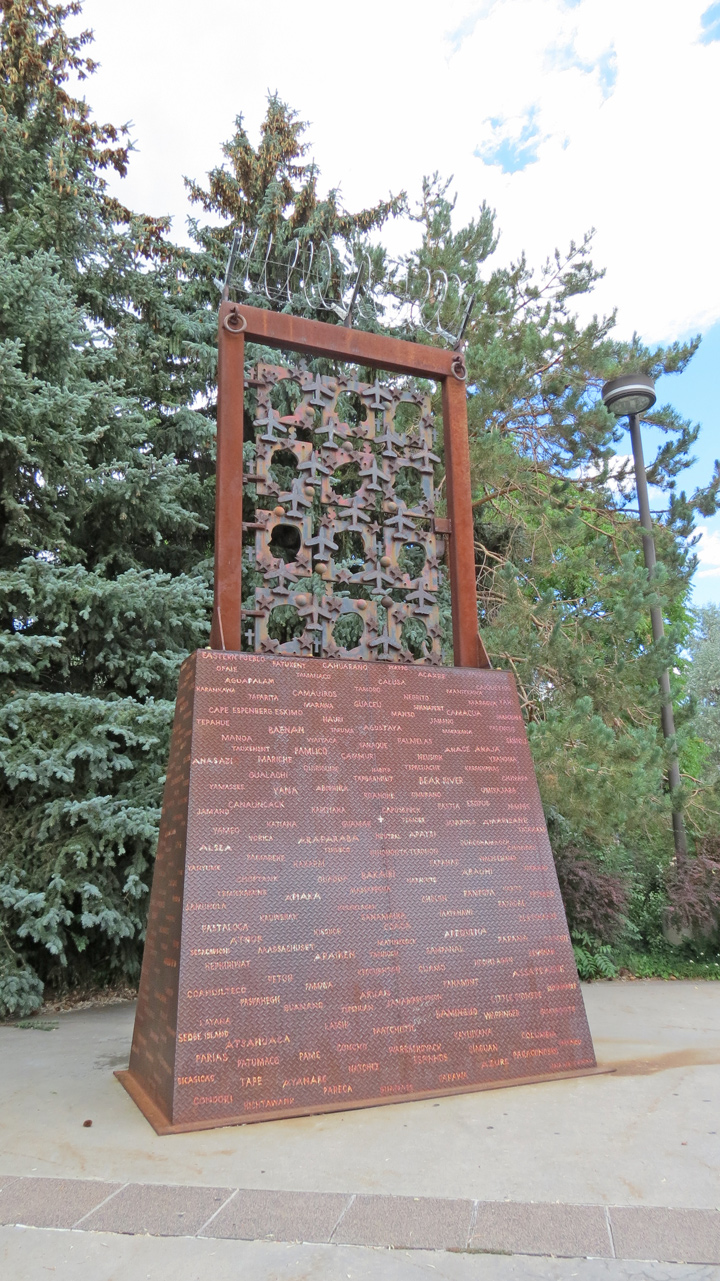 The Legislature created the Capitol Art Foundation in 1991, which has since become one of the building's most endearing features. The Foundation was created to assist in the acquisition of art for permanent, public exhibition in the State Capitol. The Collection features contemporary masterworks by artists who live and work in New Mexico. The Capitol Art collection is housed throughout the public areas of the building on all four floors. The Collection consists of a wide range of media, styles and traditions, including handcrafted furniture groupings. The mission of the Capitol Art Foundation is to collect, preserve, exhibit, interpret and promote appreciation of works of art that represent the history, cultures and art forms of the people of New Mexico. 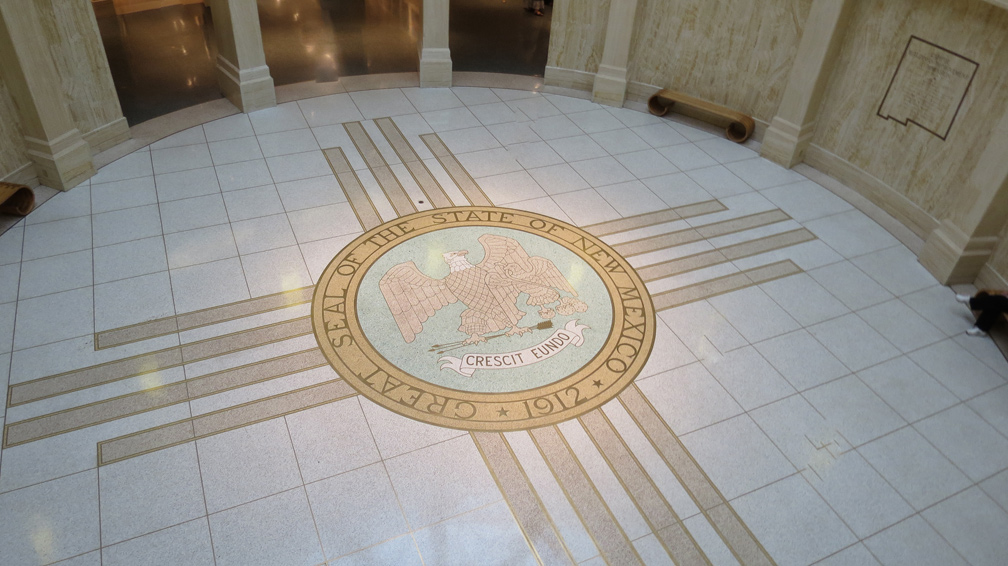 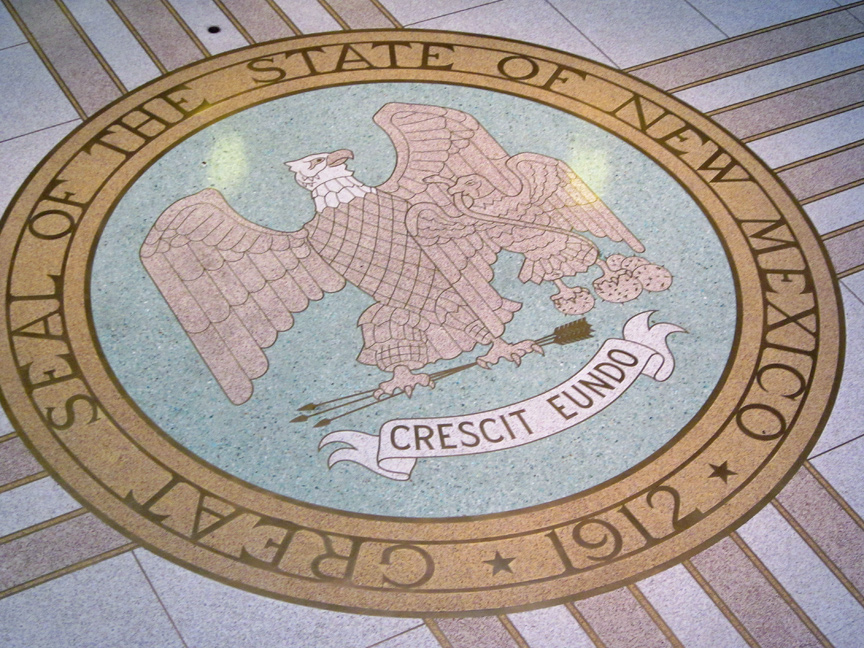 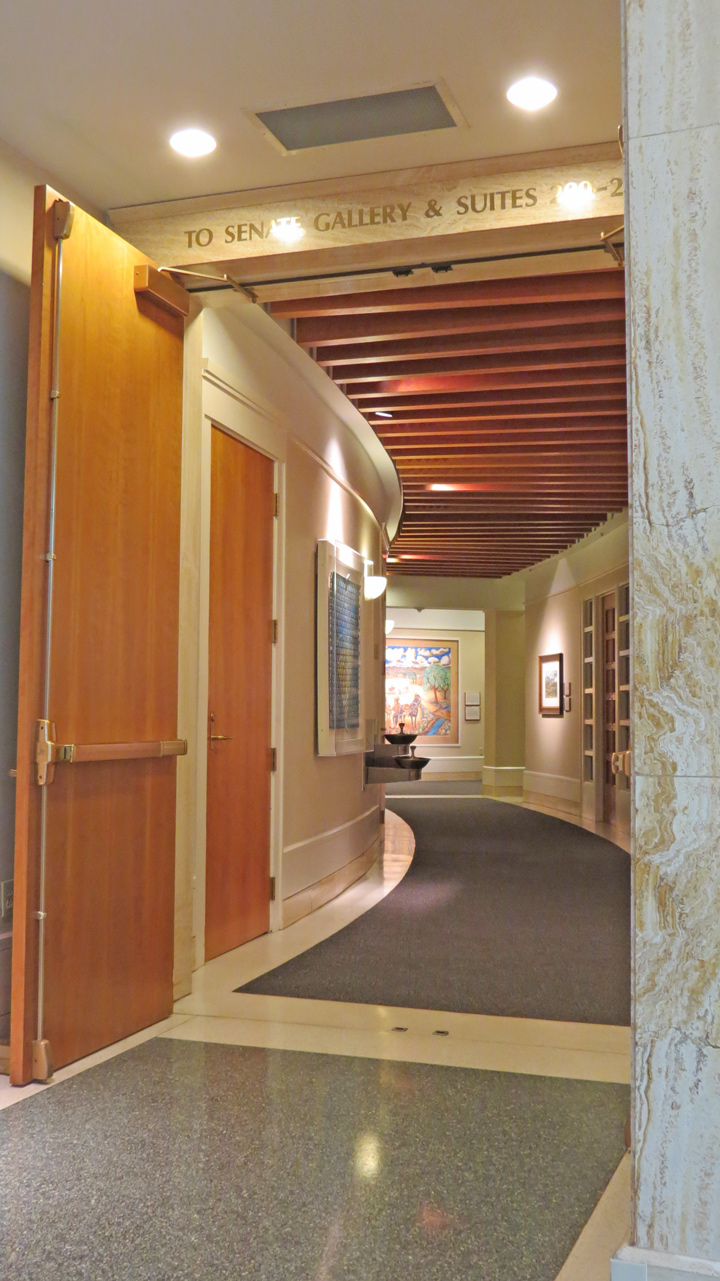 hall showing the round nature of the building 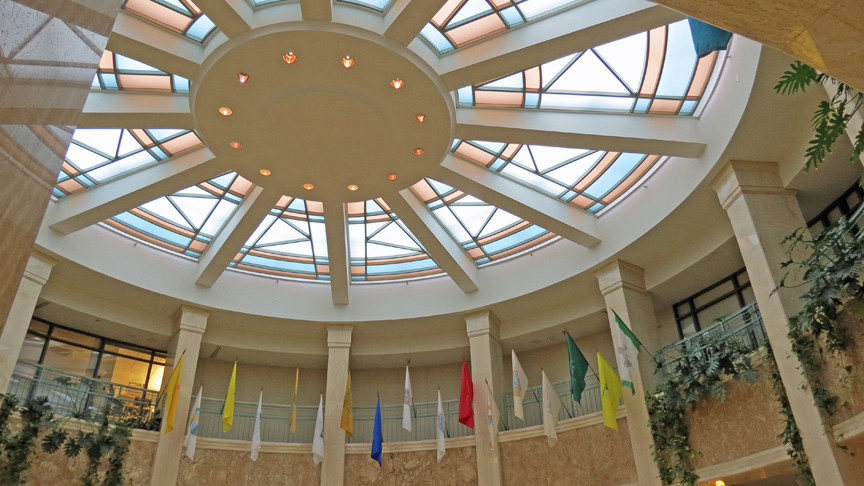 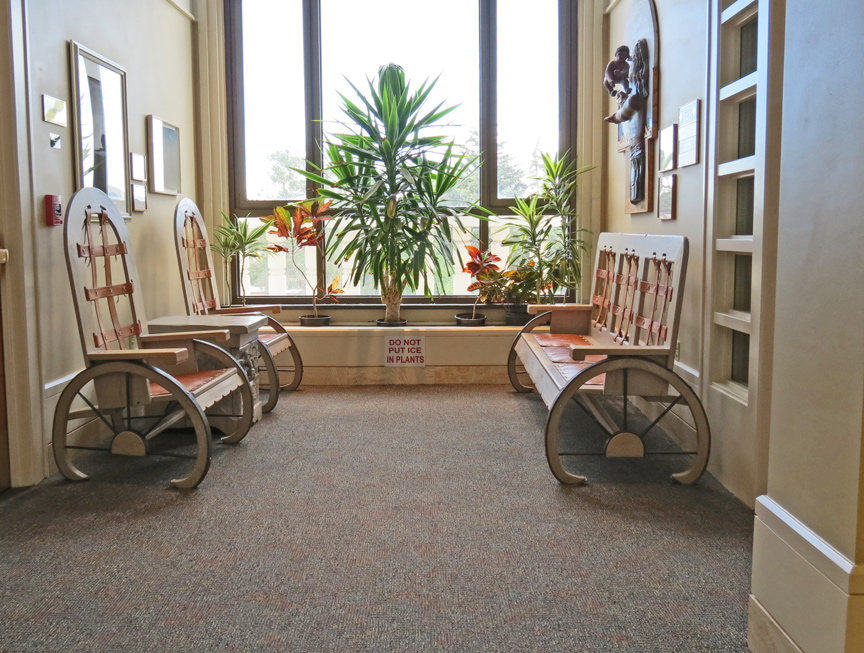 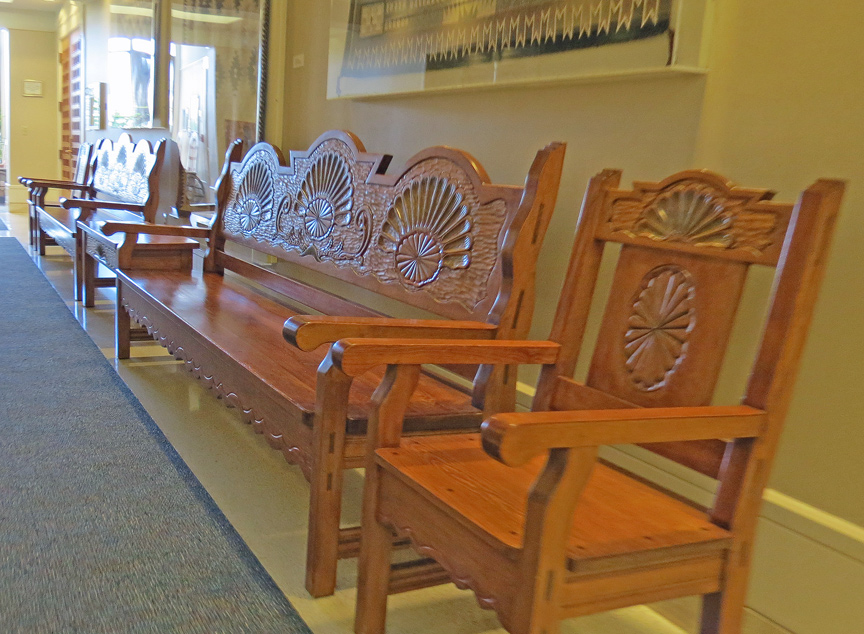 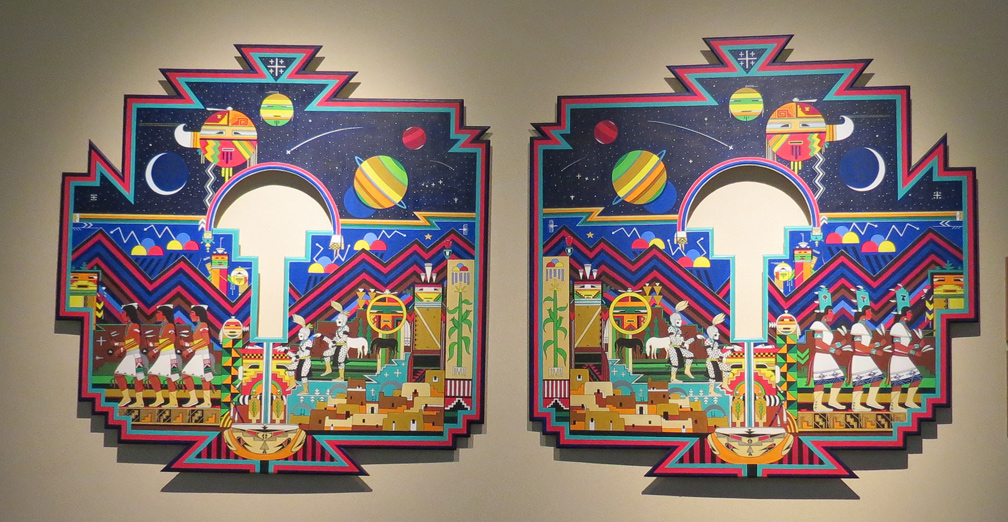 More Photos of the Art Work 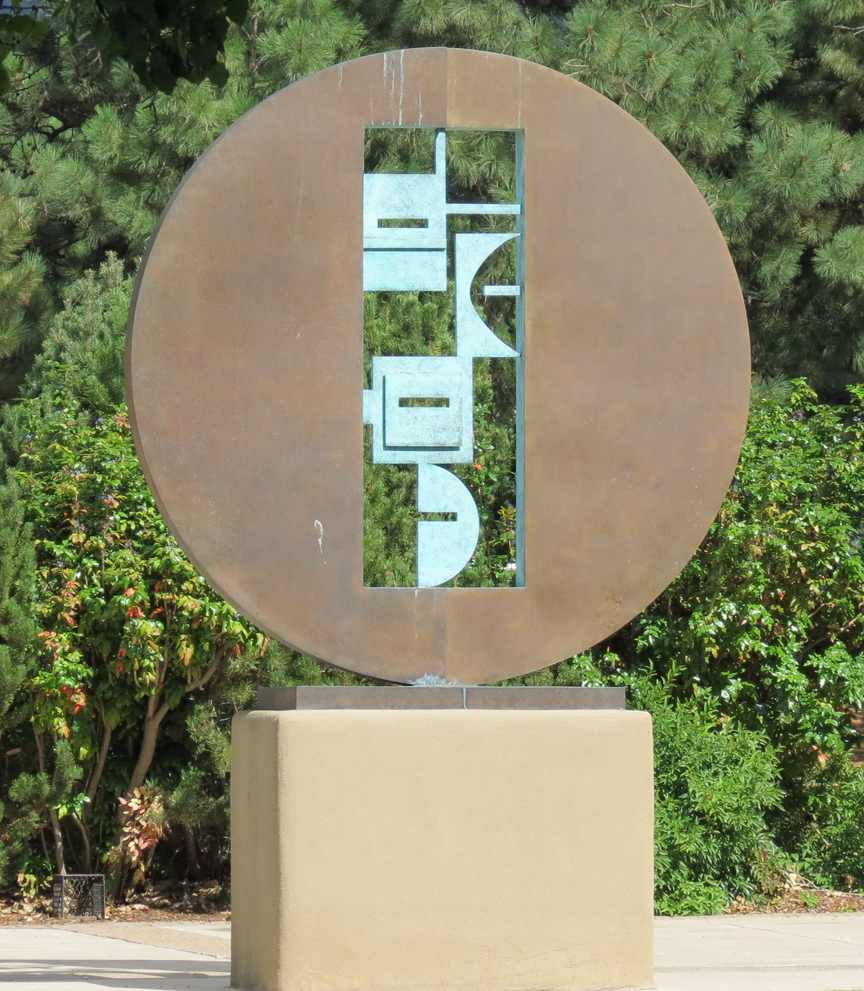 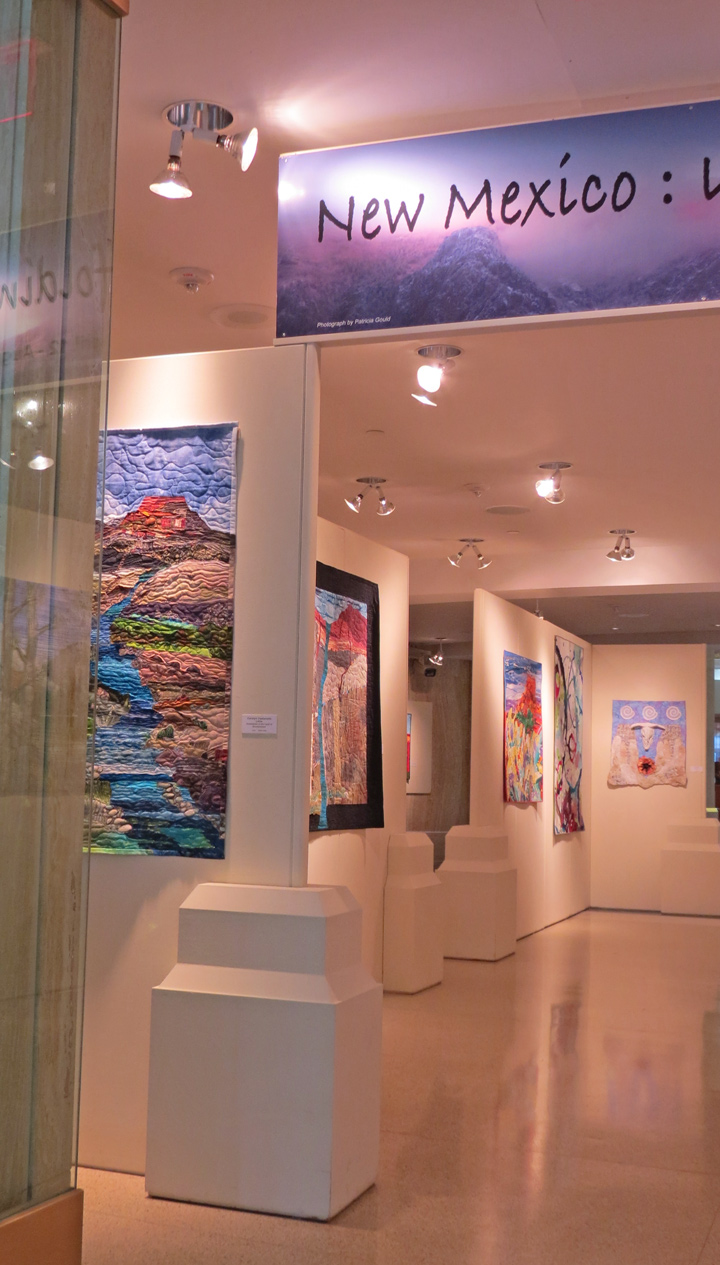 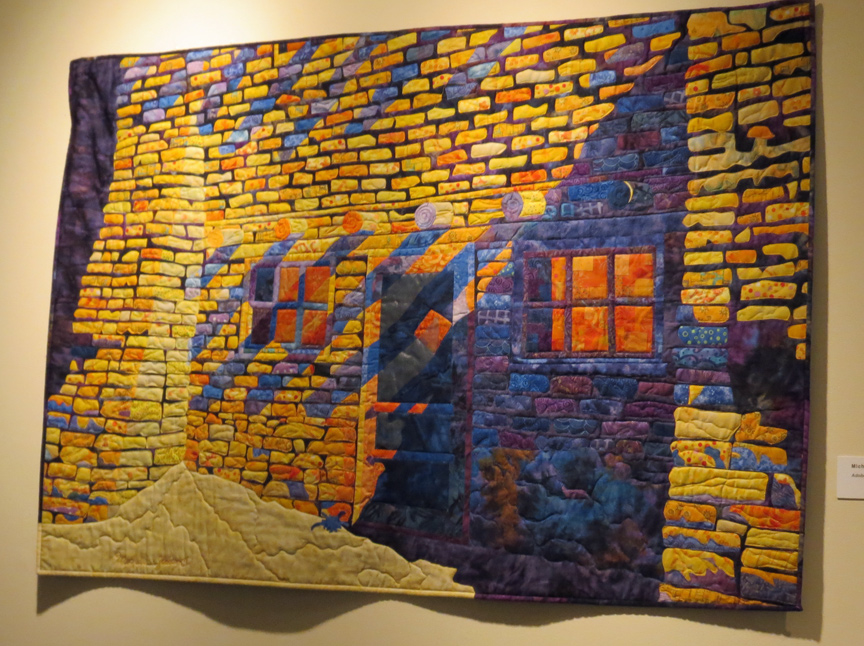 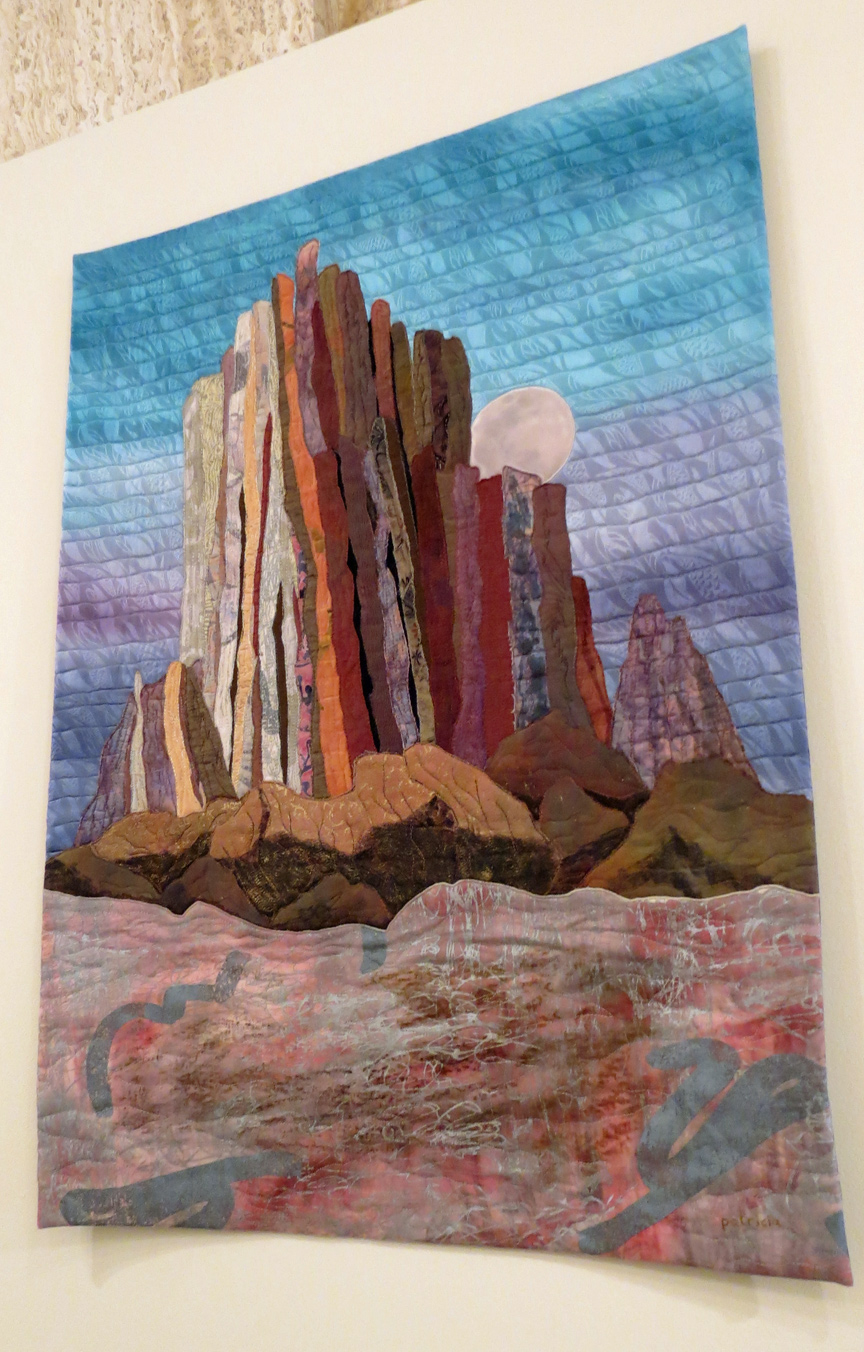 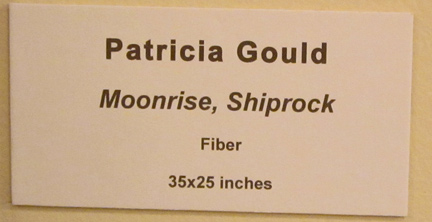 More Quilts in the Show