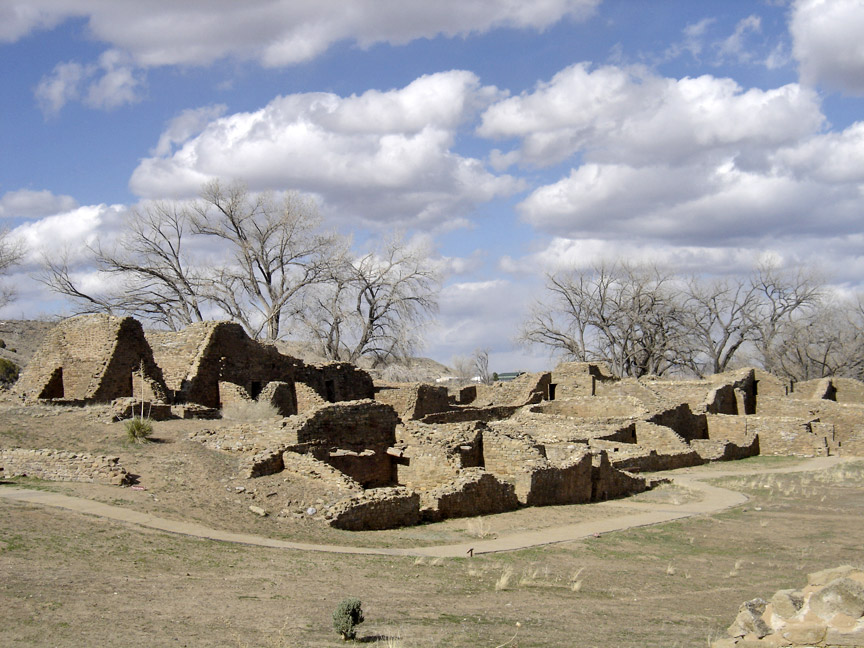 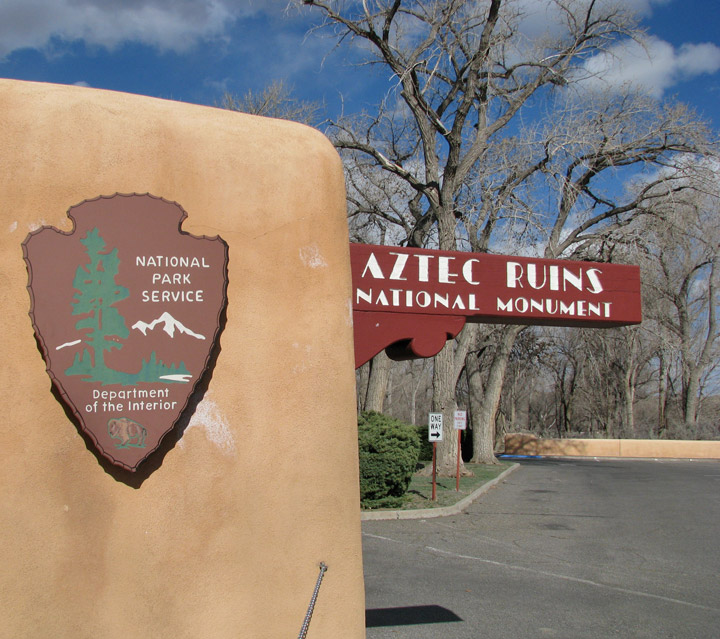 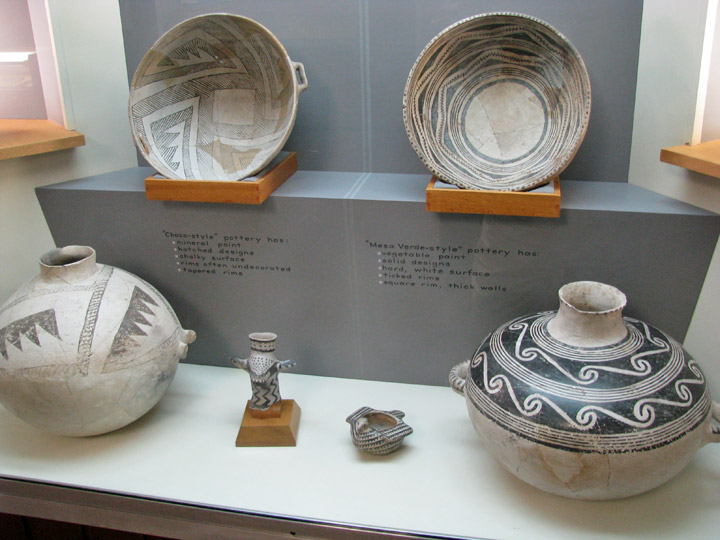 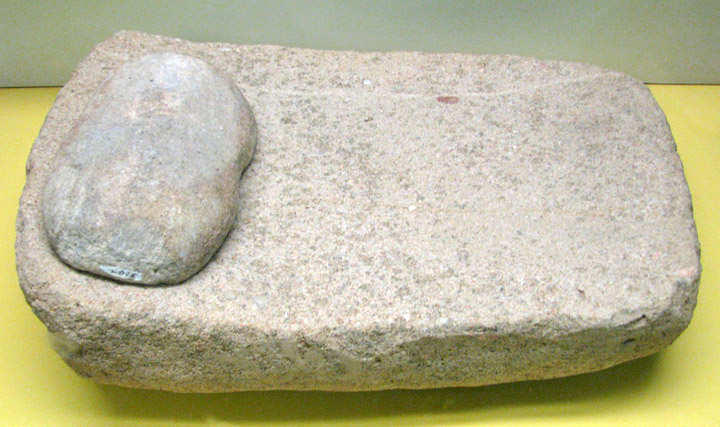 mono and metate for grinding grain 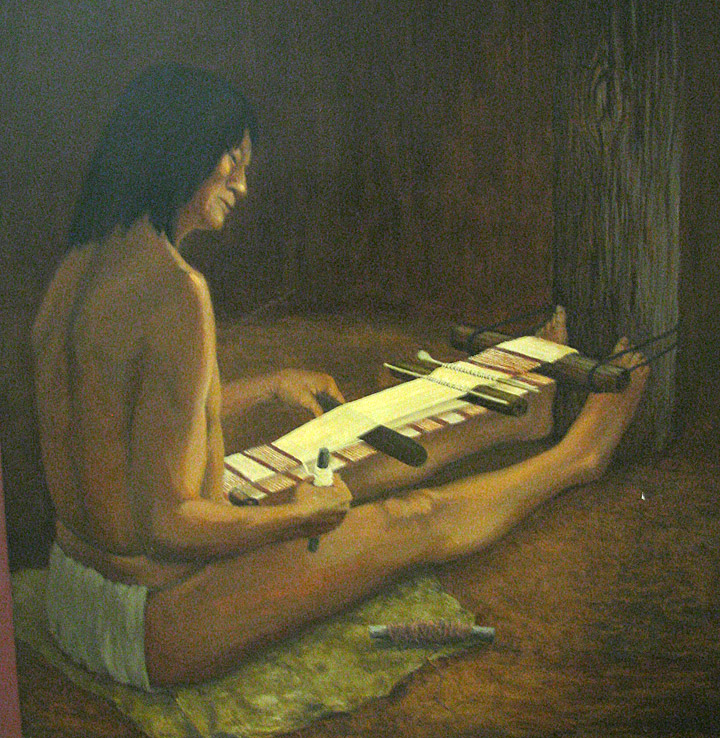 The buildings date back to the 11th to 13th centuries, and the misnomer attributing them to the Aztec civilization can be traced back to early American settlers in the mid-19th century. 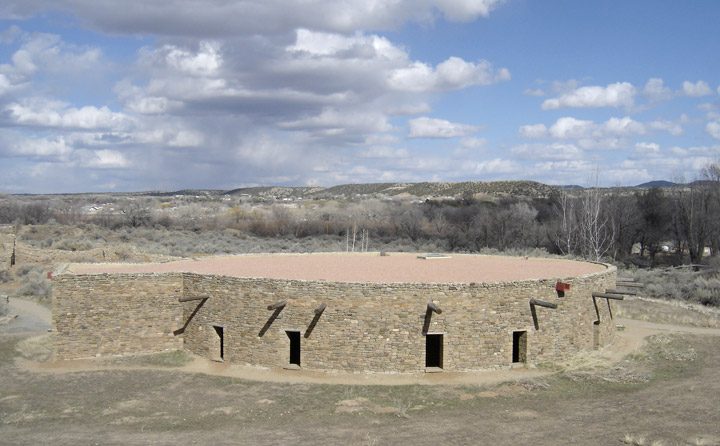 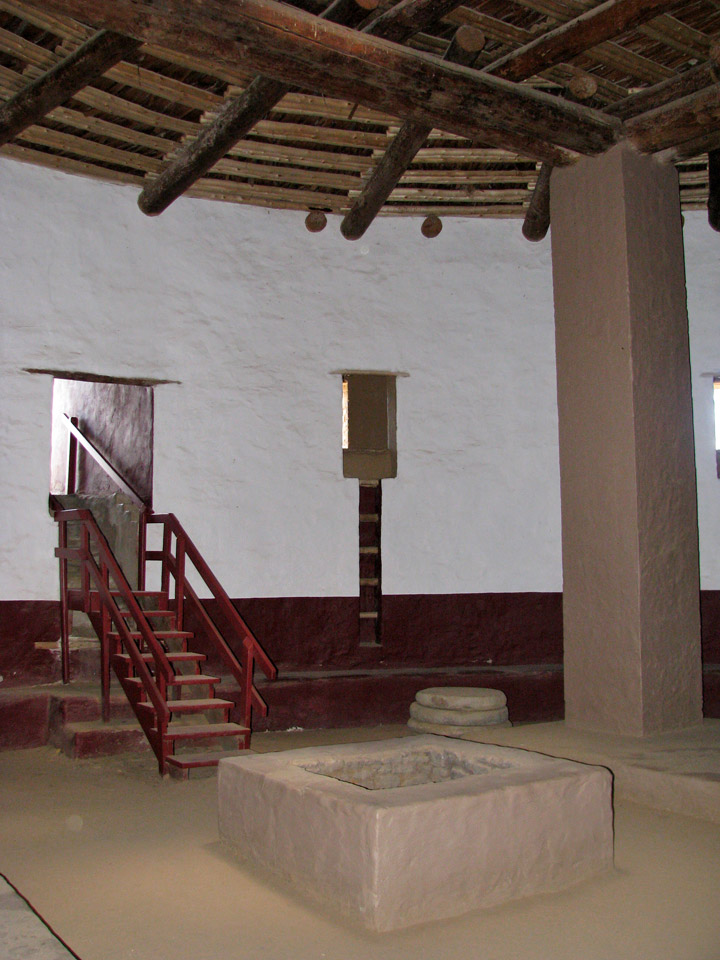 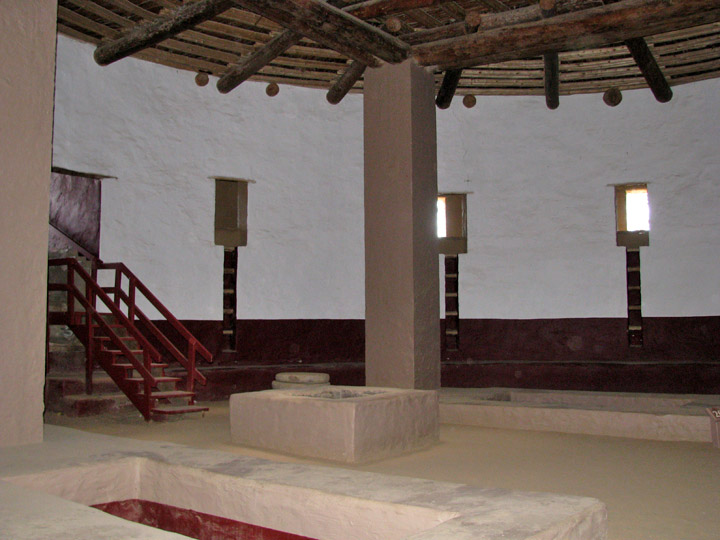 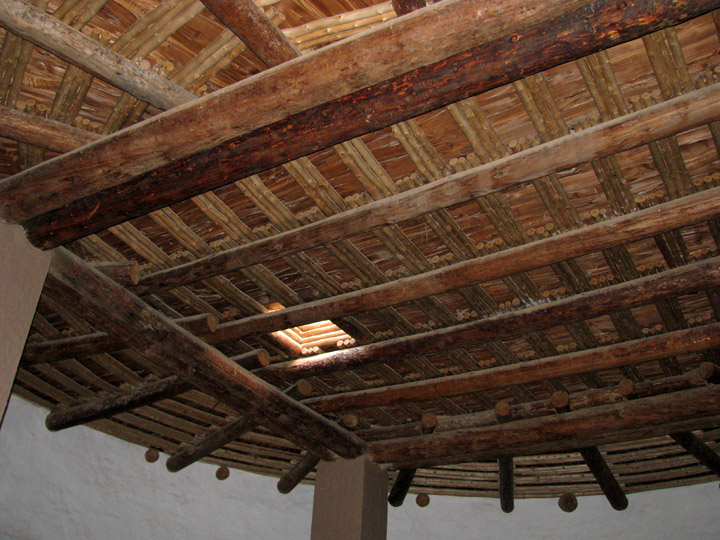 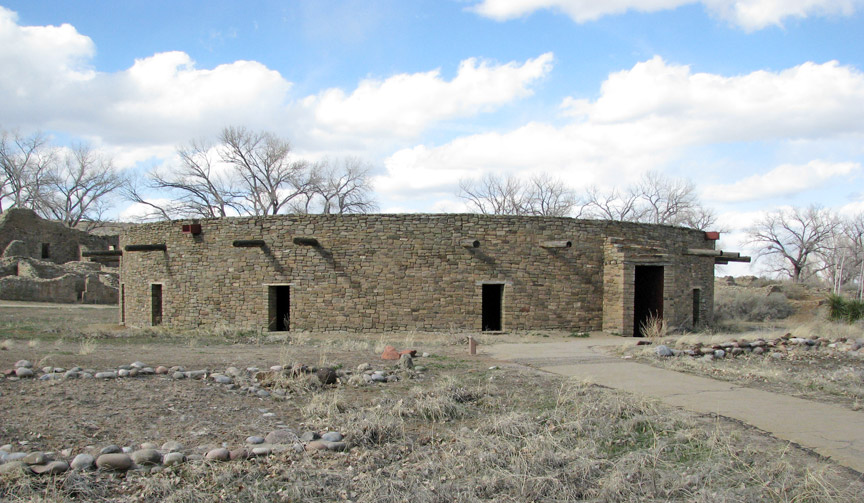 The site was declared "Aztec Ruin National Monument" on January 24, 1923, and with a boundary change it was renamed "Ruins" on July 2, 1928. As an historical property of the National Park Service the National Monument was administratively listed on the National Register of Historic Places on October 15, 1966. Aztec Ruins was added to the UNESCO list of World Heritage Sites, as part of the Chaco Culture National Historical Park, on December 8, 1987. 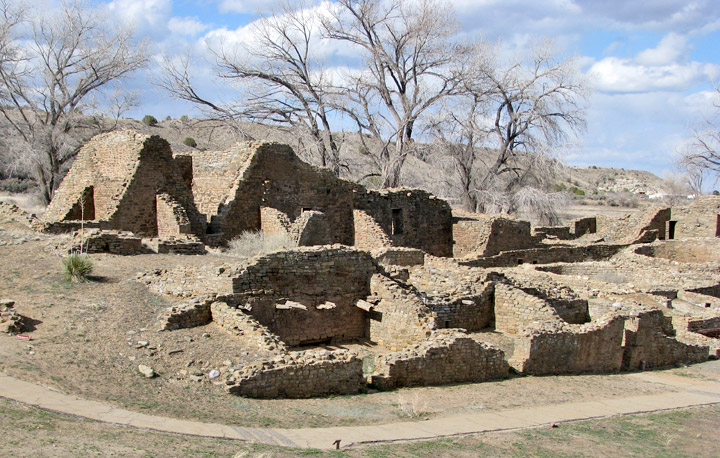 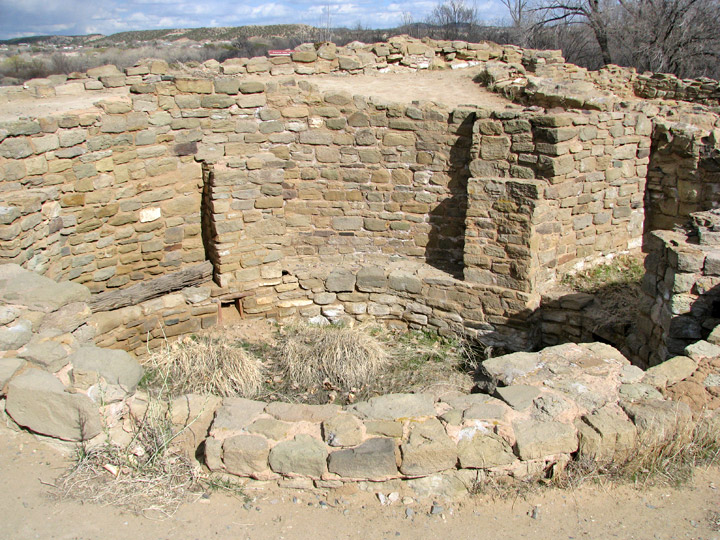 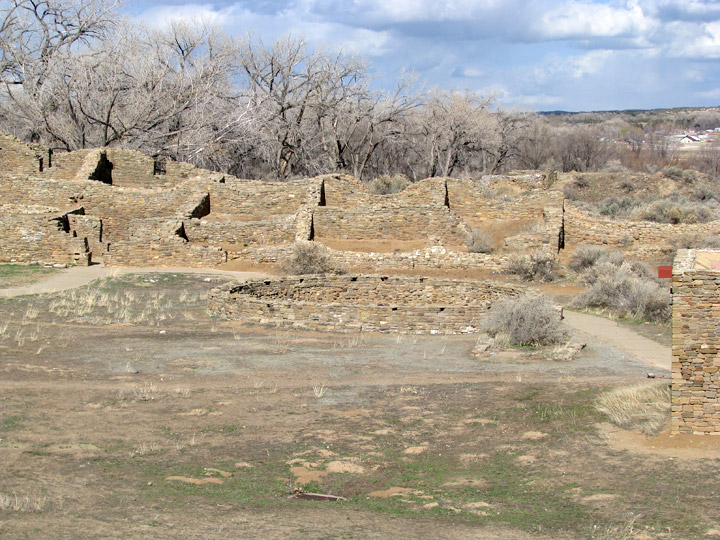 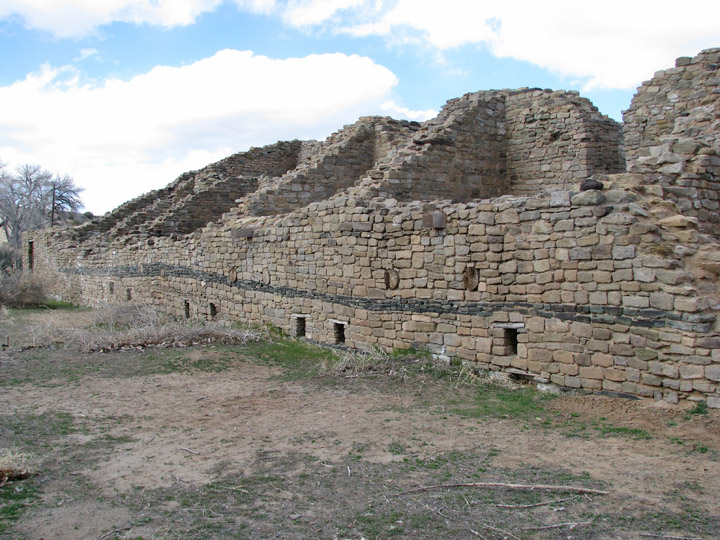 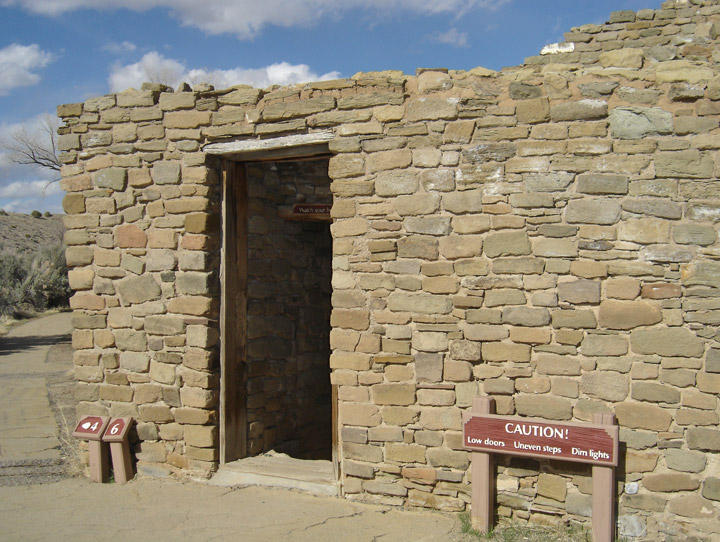 passageway to the interior 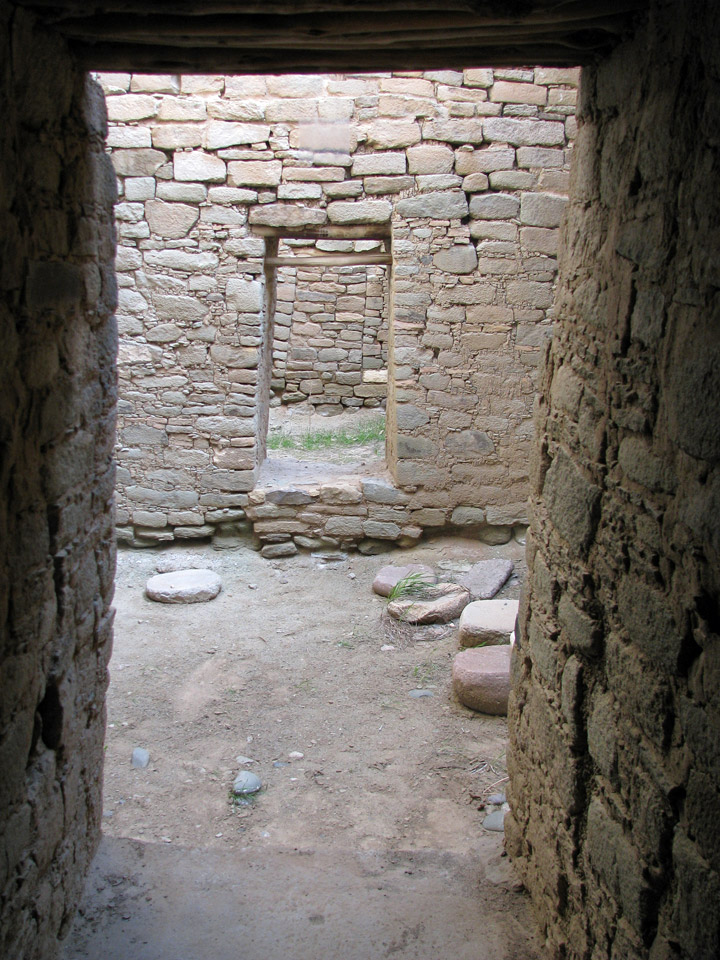 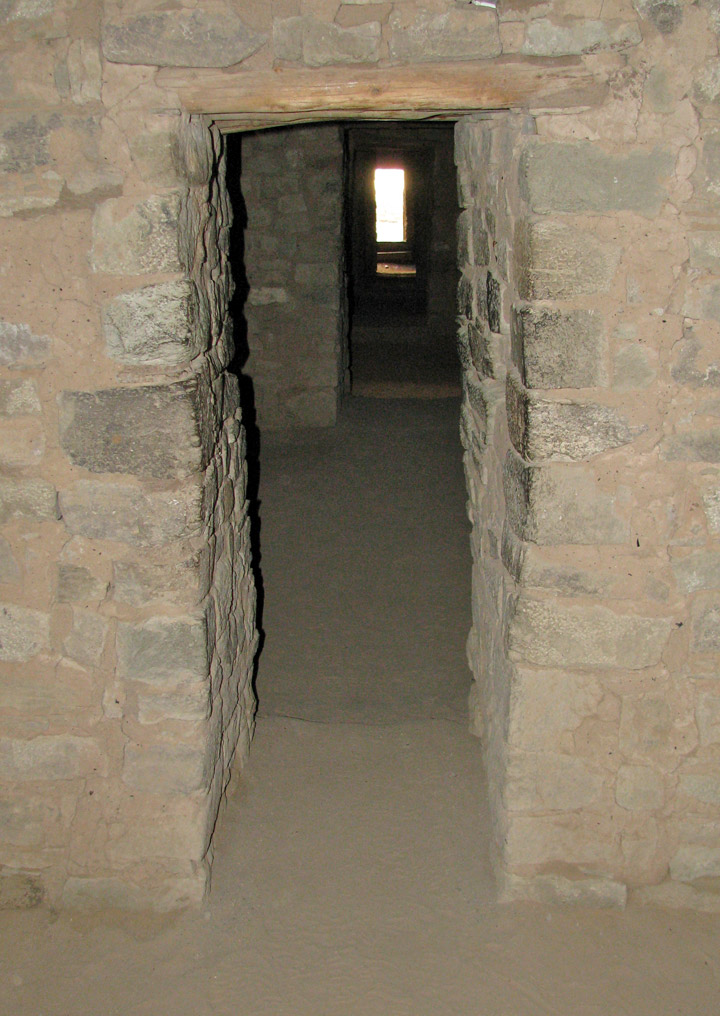 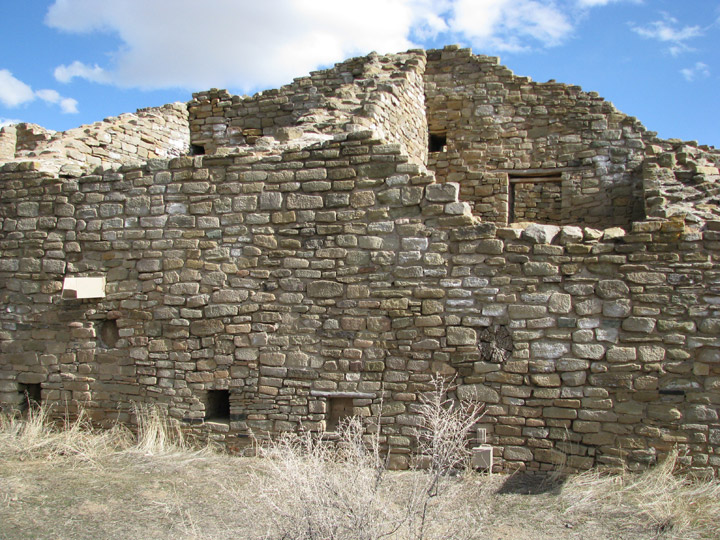 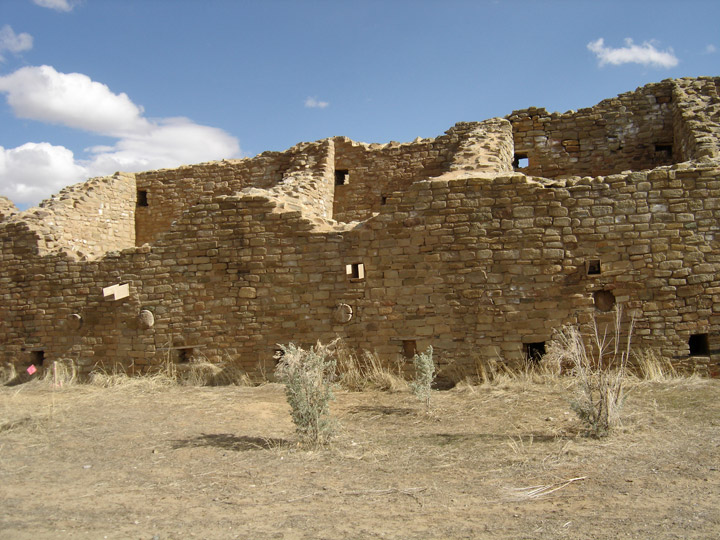 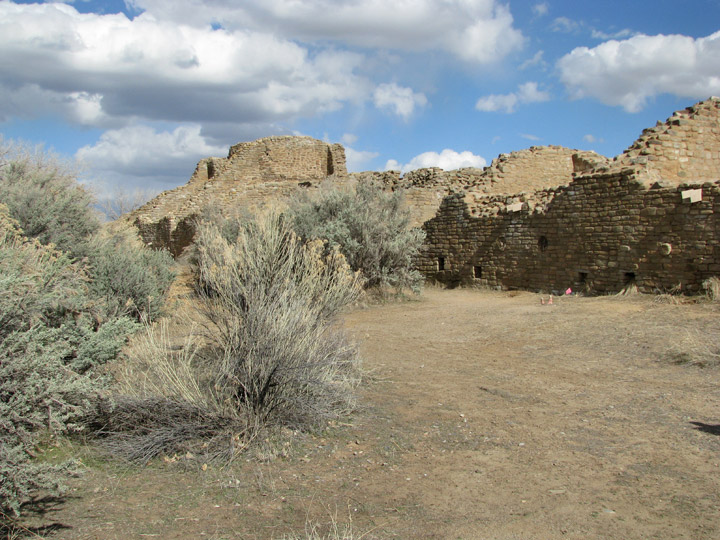 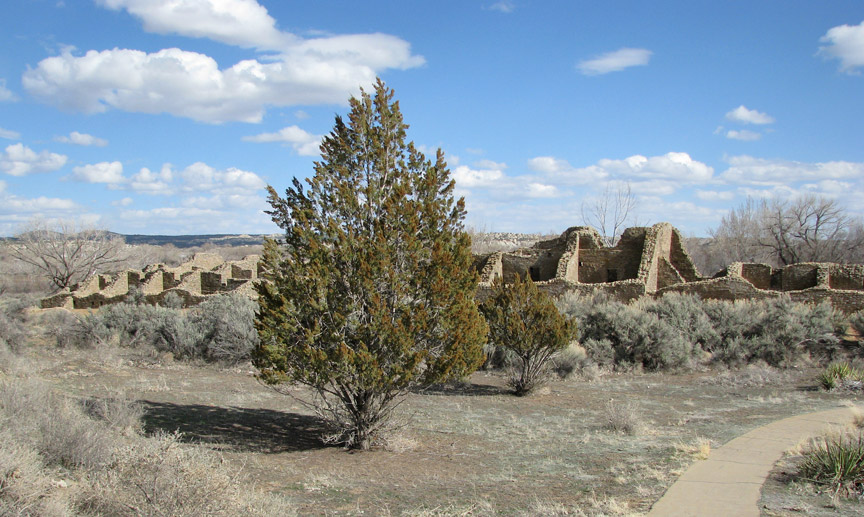