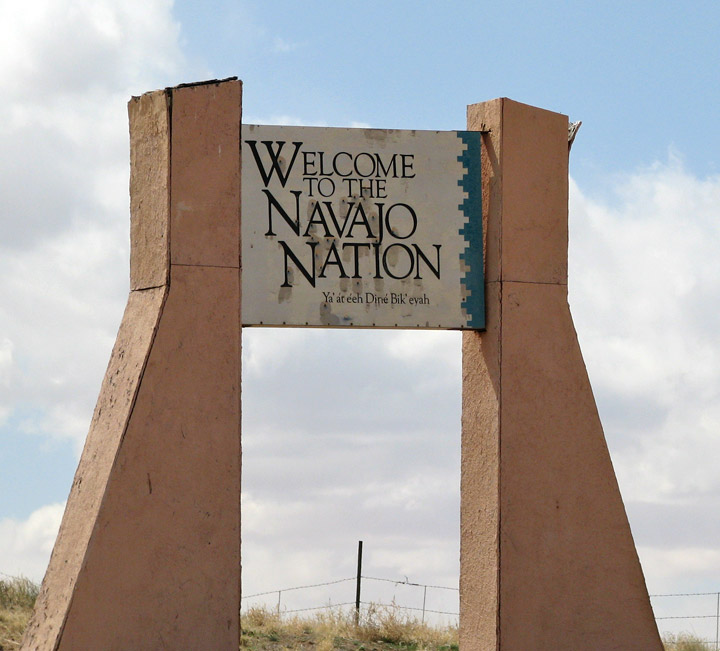 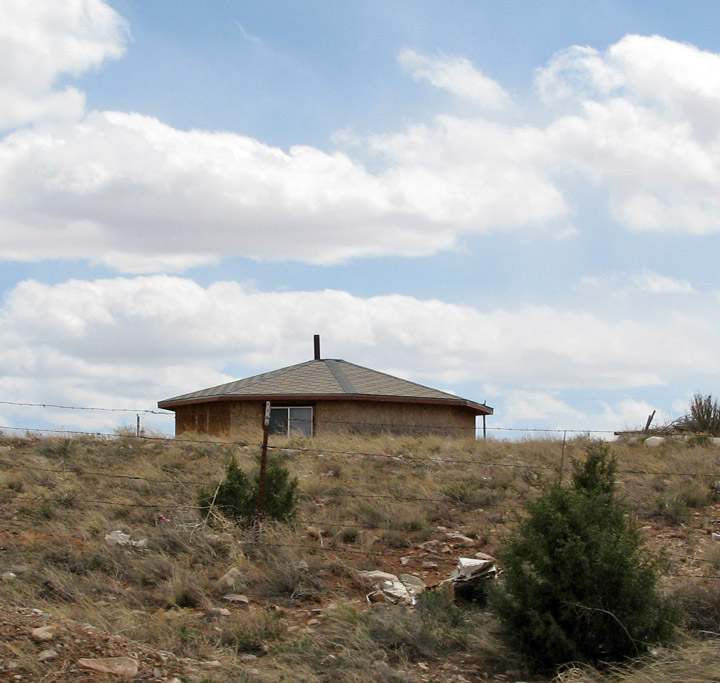 The Navajo Nation (Diné in Navajo language) is a Native American homeland covering about 26,000 square miles (67,339 square kilometres, 17 million acres), occupying all of northeastern Arizona, the southeast portion of Utah, and northwestern New Mexico. It is the largest land area assigned primarily to a Native American jurisdiction within the United States. The Nation encompasses all things important to the Navajo people: the land, kinship, language, religion and the right to govern themselves. Members of the Nation are often known as Navajo (or Navaho) but traditionally call themselves Diné (sometimes spelled in English as Dineh) which means Navajo people. 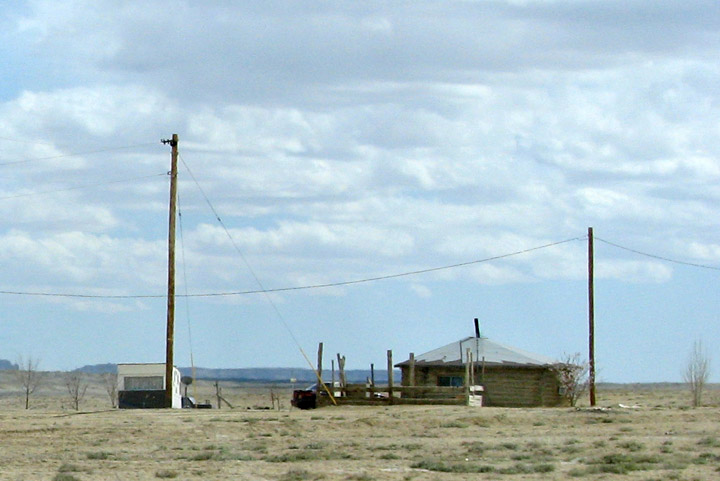 Hogan with electric and telephone

The 2000 census reported 298,215 Navajo people living throughout the United States, of which 173,987 were living within the Navajo Nation boundaries. 131,166 lived in Arizona and 17,512 of these lived in Maricopa County, which includes the city of Phoenix. Because the Navajo Nation encompasses land in three states, its Division of Economic Development extracts census data for the Navajo Nation as a whole, and sends a representative to the Census Board. Another group lives on the Colorado River Indian Tribes reservation along the Colorado River in California and Arizona. The reservation also completely surrounds the Hopi Indian Reservation; the Hopi tribe is also known as “Navajo Land Island”. 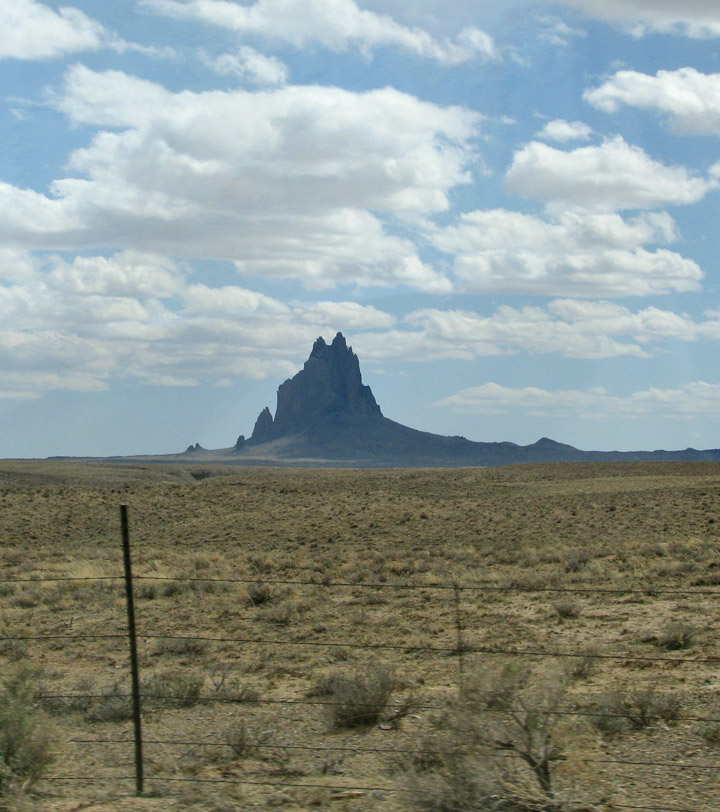 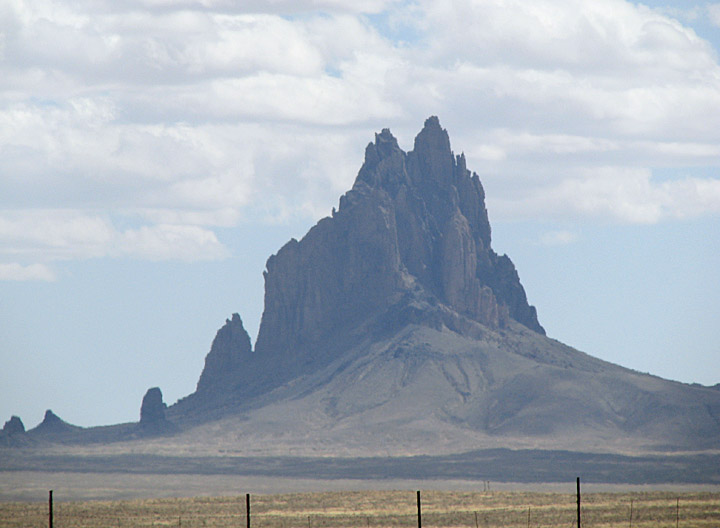 The Nation's boundaries are the Ute Mountain Ute Indian Reservation at the Four Corners Monument and stretch across the Colorado Plateau into Arizona, Utah, and New Mexico. Located within the Navajo Nation are Canyon de Chelly National Monument, Monument Valley, Rainbow Bridge National Monument, the Hopi Indian Reservation, and the Shiprock landmark. The seat of government is located at the census-designated city of Window Rock in Apache County, Arizona. There are several adjacent "Navajo Indian Reservations" (such as Alamocita) in this area, but generally function as sub-units of the "Big Rez" with considerable local autonomy). The Diné's traditional boundaries are the four sacred mountains, which actually include an area much larger than the present-day reservation. 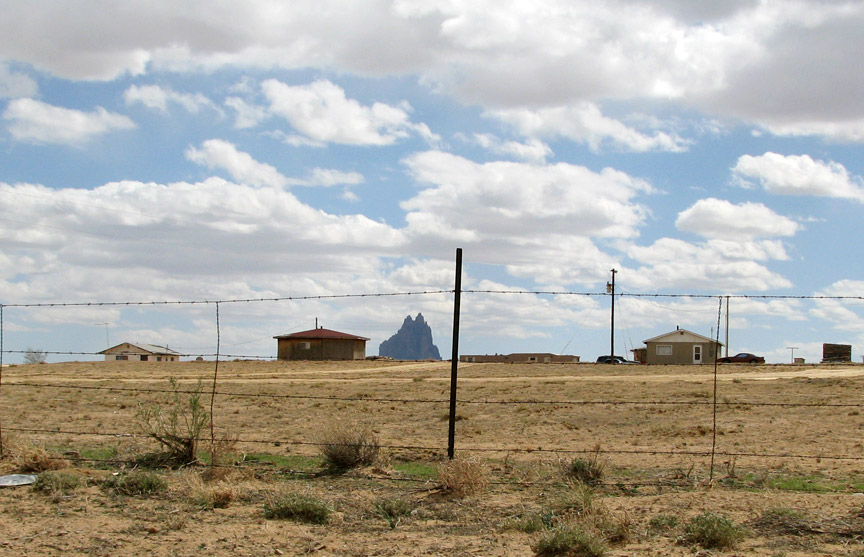 Hogans with shiprock in the background

The Navajo Nation was a very complex one. The eastern portion of the reservation, located in New Mexico is popularly called the "Checkerboard" because Navajo lands are mingled with fee lands (owned by both Navajo and non-Navajo people) and federal and state lands under various jurisdictions. Large non-contiguous sections of the Navajo Nation in New Mexico are: Ramah Navajo Indian Reservation in western Cibola County and southern McKinley County; Alamo Bend Navajo Indian Reservation in northwestern Socorro County; and Canoncito Indian Reservation in western Bernalillo County and eastern Cibola County. The total land area of the reservation is 62,362.062 km² (24,078.127 sq mi), making it by far the largest Indian reservation in the United States. It is almost exactly the same size as the state of West Virginia; it is slightly larger in land area, but slightly smaller if water area is included. Its resident population was 180,462 as of the 2000 census. The Navajo Nation is recognized as the largest federally tribe in the United States. 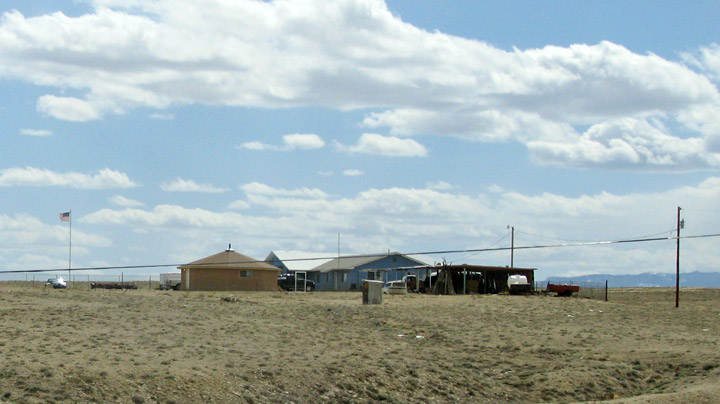 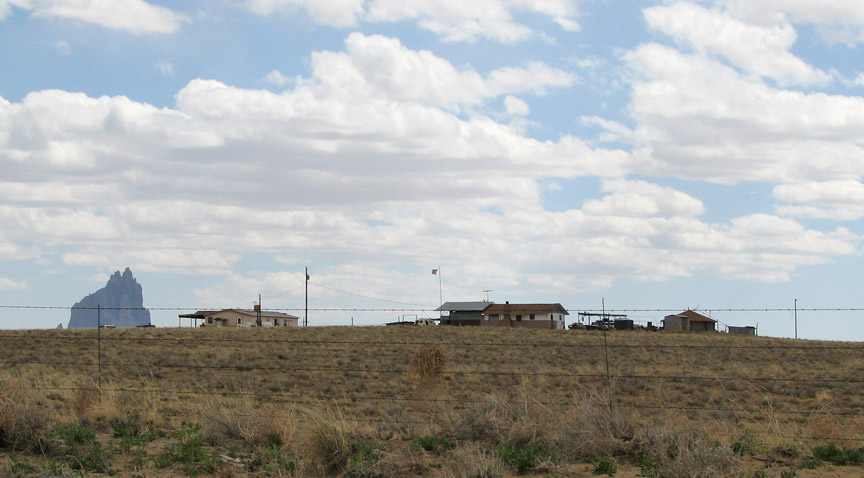 Other Amerind tribes are located in this area, including several Pueblo nations: Congress established a Hopi (Navajo, Oozéí, or Ayahkinii "underground-house-people") reservation within the Navajo Nation's reservation at an historic homeland where Hopi history predates that of Diné in the area. Adjacent or nearly adjacent to the Navajo Reservation are the Southern Ute of Colorado, the Ute Mountain Ute Tribe of Colorado, Utah, and New Mexico, both to the north; the Jicarilla Apache to the east, and other tribes to the west and south. A conflict over shared lands emerged in the 1980s, when the Department of the Interior attempted to relocate Diné living in the Navajo/Hopi Joint Use Area. The conflict was resolved, or at least forestalled, by the award of a seventy-five-year lease to Diné who refused to leave the former shared lands. 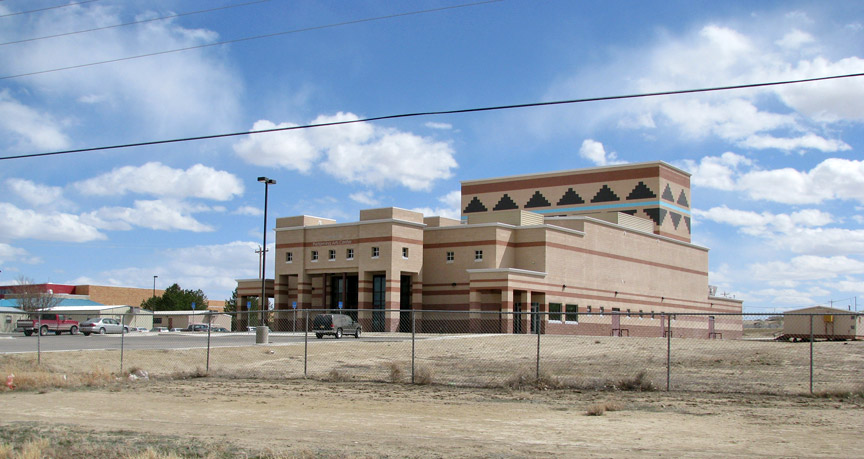 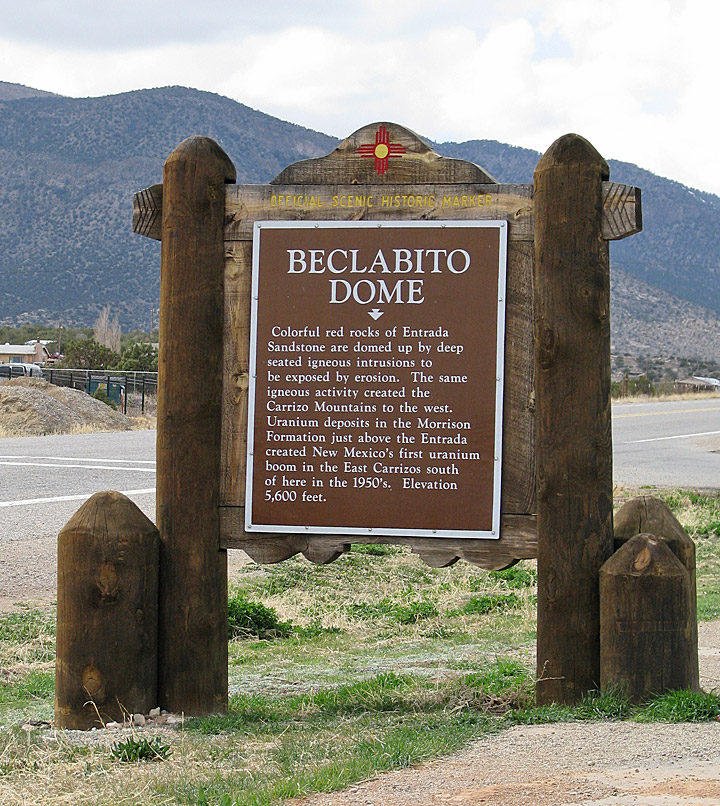