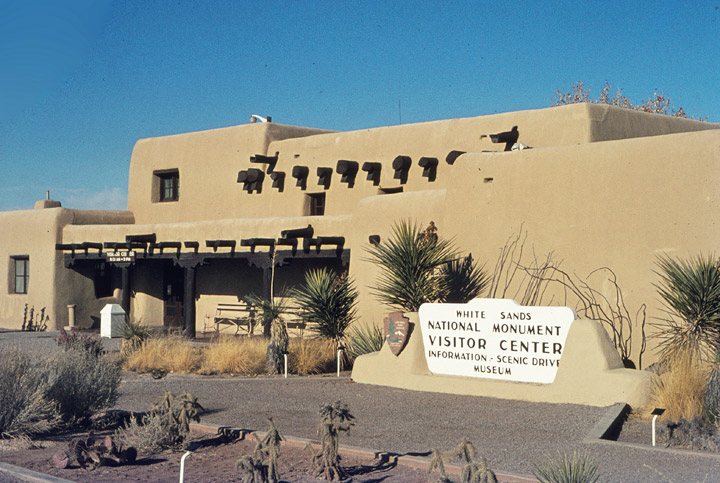 The White Sands National Monument is a U.S. National Monument located about 25 km (15 miles) southwest of Alamogordo in Otero County in the state of New Mexico, at an elevation of 4235 feet (1291 m). The area is in the mountain-ringed Tularosa Basin valley area and comprises the southern part of a 710-km² (275-mi²) field of white sand dunes composed of gypsum crystals. 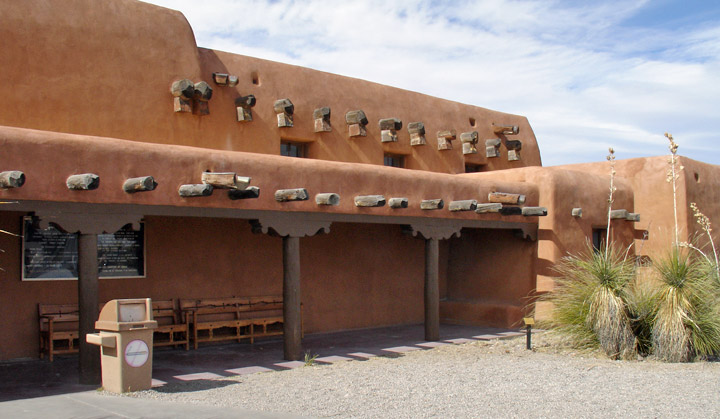 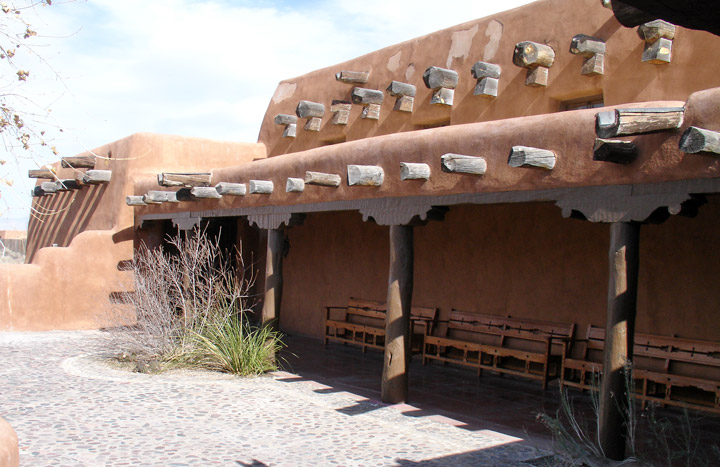 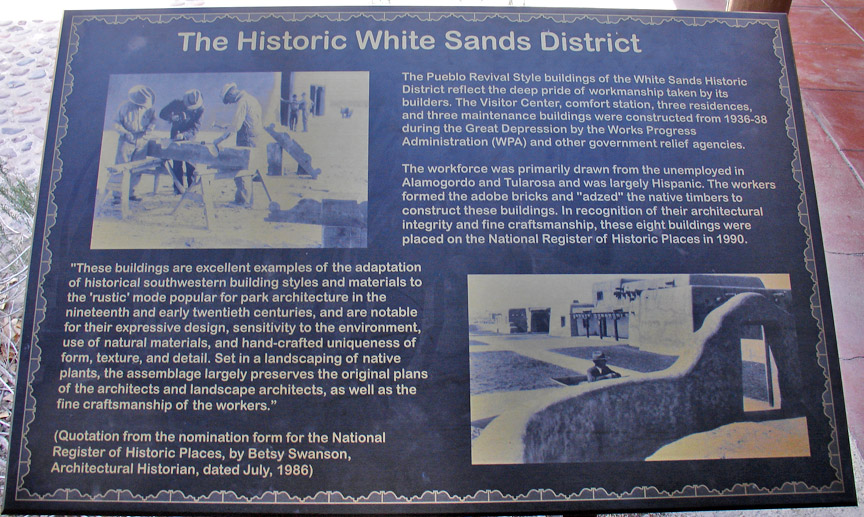 built in by the WPA during the depression years

On 18 January 1933, President Herbert Hoover created the White Sands National Monument, acting under the authority of the Antiquities Act of 1906. 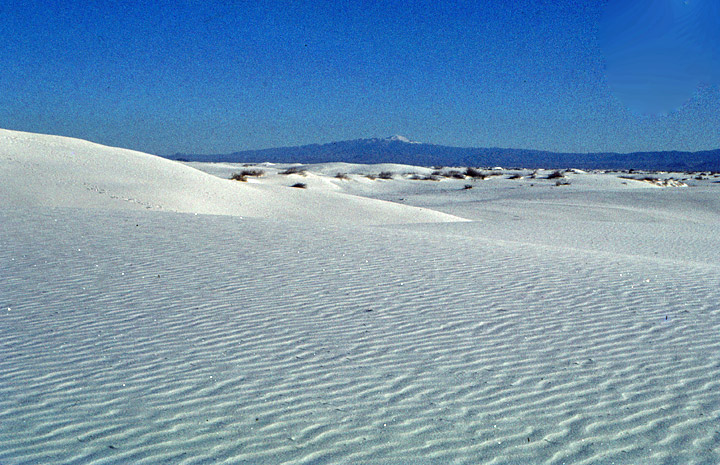 Gypsum is rarely found in the form of sand because it is water-soluble. Normally, rain would dissolve the gypsum and carry it to the sea. Since the Tularosa Basin has no outlet to the sea, rain that dissolves gypsum from the surrounding San Andres and Sacramento Mountains is trapped within the basin, and the rain either sinks into the ground or forms shallow pools which subsequently dry out and leave gypsum in a crystalline form, called selenite, on the surface. During the last ice age, a lake known as Lake Otero covered much of the basin. When it dried out, it left a large flat area of selenite crystals which is now the Alkali Flat. Another lake, Lake Lucero, at the southwest corner of the park, is a dry lake bed, at one of the lowest points of the basin, which occasionally fills with water. 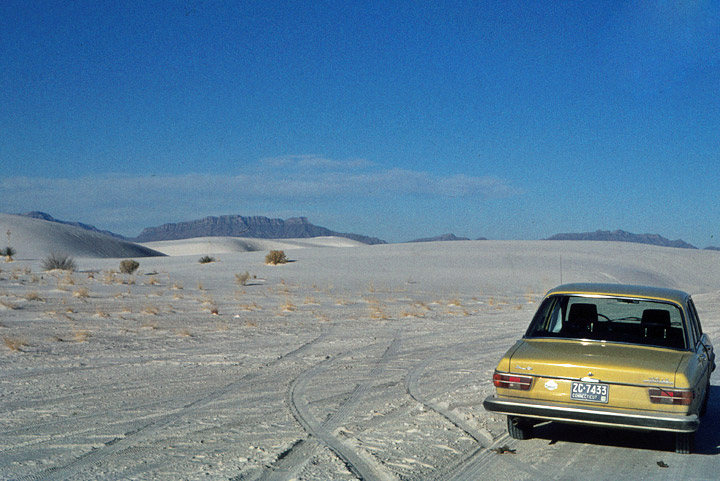 The ground in the Alkali Flat and along Lake Lucero's shore is covered with selenite crystals which reach lengths of up to three feet (1 m). Weathering and erosion eventually breaks the crystals into sand-size grains that are carried away by the prevailing winds from the southwest, forming white dunes. The dunes constantly change shape and slowly move downwind, covering the plants in their path. Some species of plants, however, can grow rapidly enough to avoid being buried by the dunes. 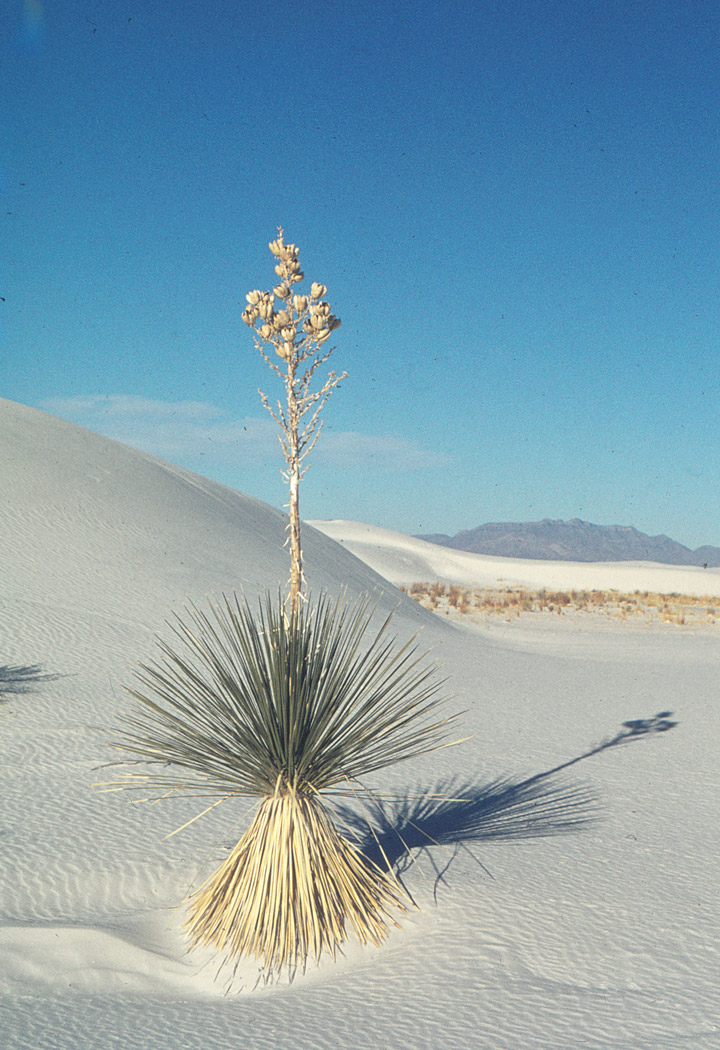 From the visitor center at the entrance of the park, the Dunes Drive leads 8 miles (12 km) into the dunes. Four marked trails allow to explore the dunes by foot. During the summer, there are also Ranger-guided orientation and nature walks. The park participates in the Junior Ranger Program, with various age-group-specific activities. 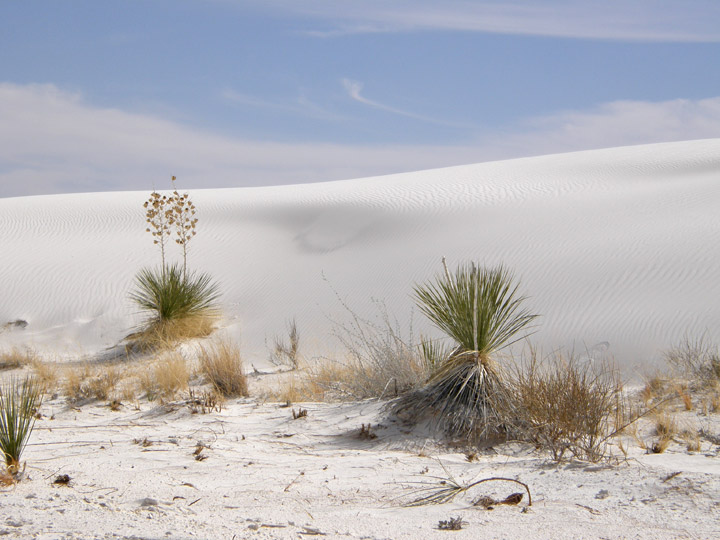 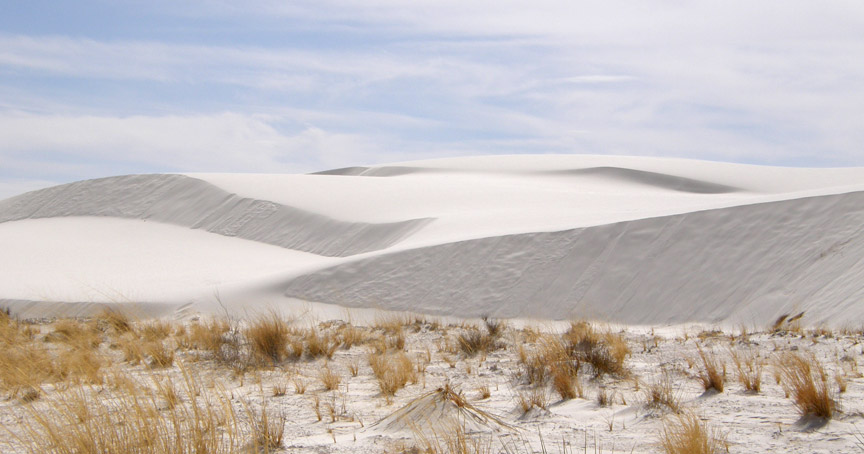 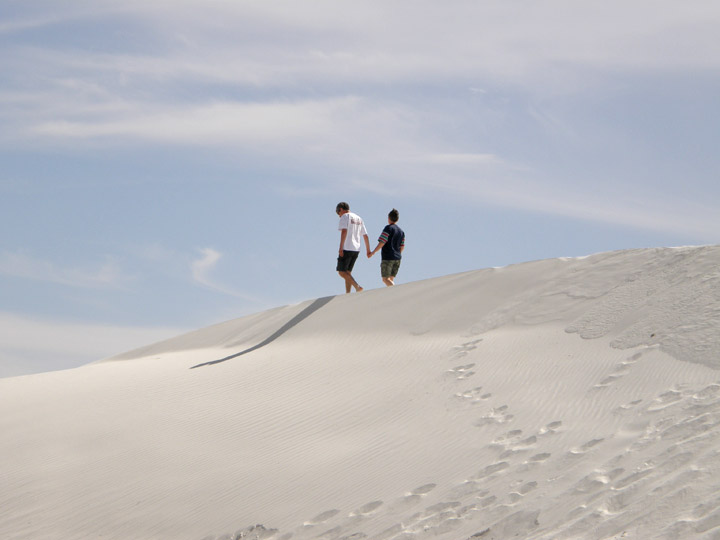 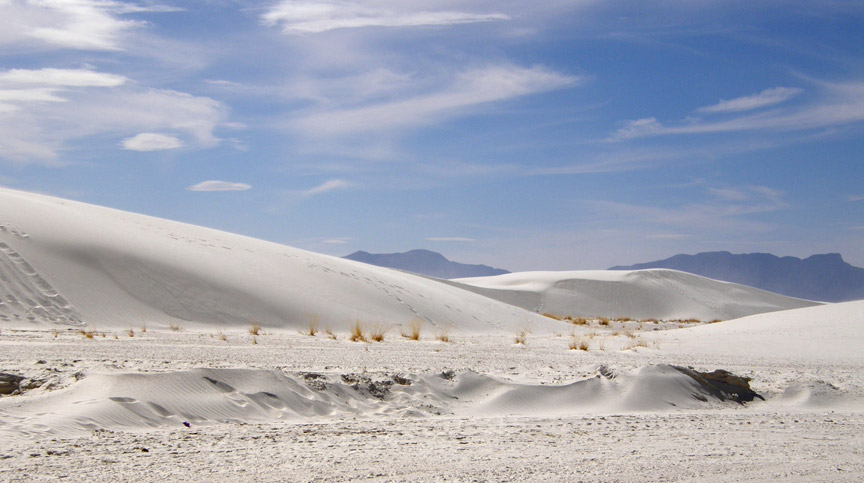 Unlike dunes made of quartz-based sand crystals, the gypsum does not readily convert the sun's energy into heat and thus can be walked upon safely with bare feet, even in the hottest summer months. In areas accessible by car, children frequently use the dunes for downhill sledding. 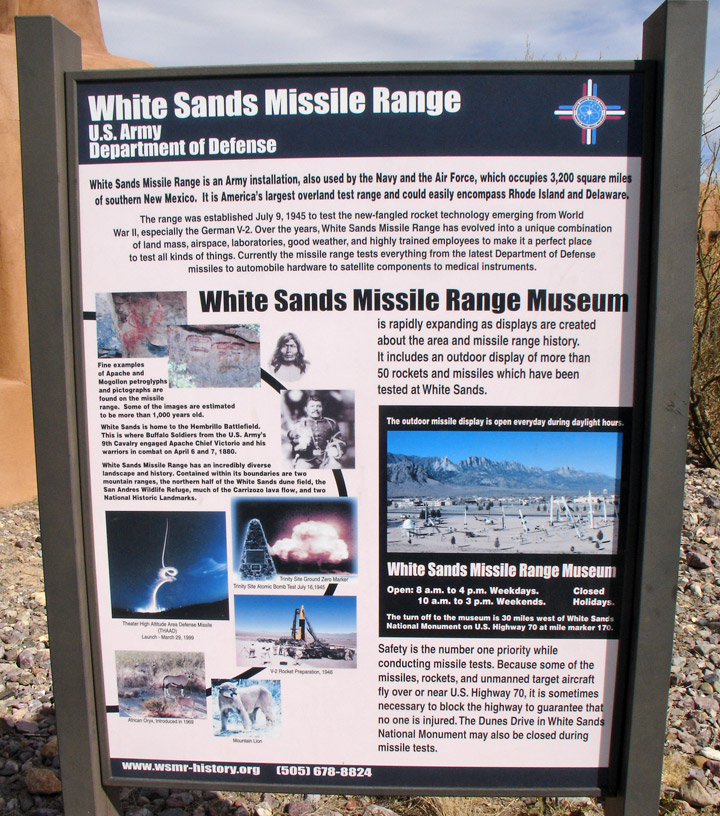 Because the park lies completely within the White Sands Missile Range, both the park and U.S. Route 70 between Las Cruces, New Mexico and Alamogordo are subject to closure for safety reasons when tests are conducted on the missile range. On average, tests occur about twice a week, for a duration of one to two hours. Located on the northernmost boundaries of White Sands Missile Range, the Trinity Site can be found, where the first atom bomb was detonated. 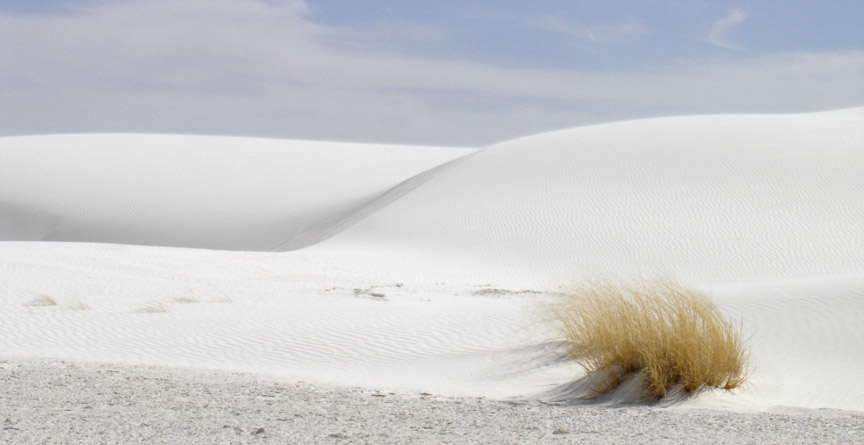 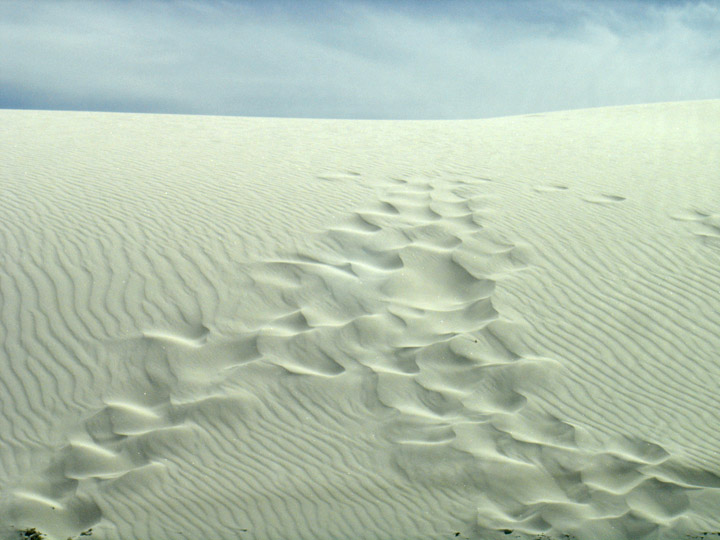 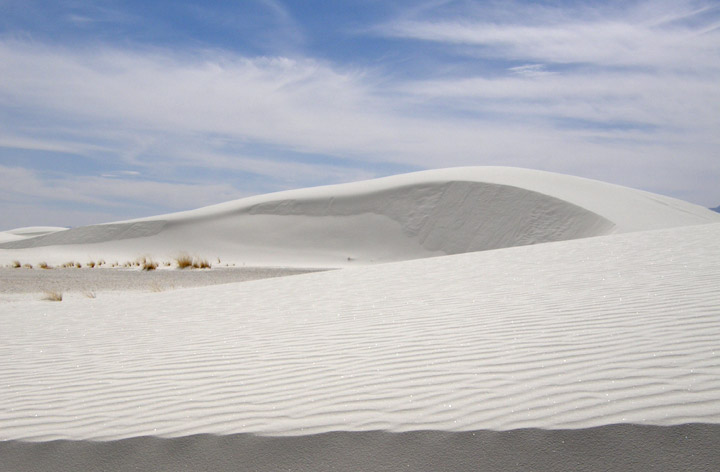 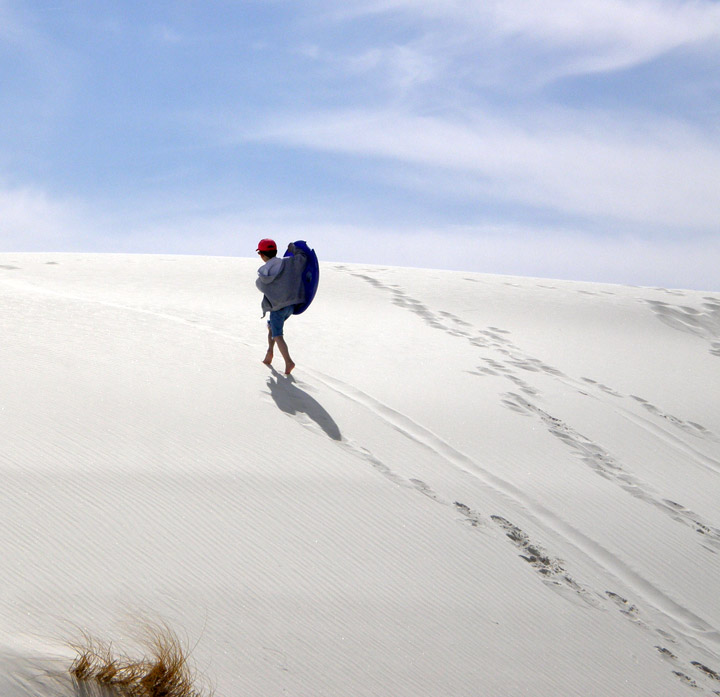 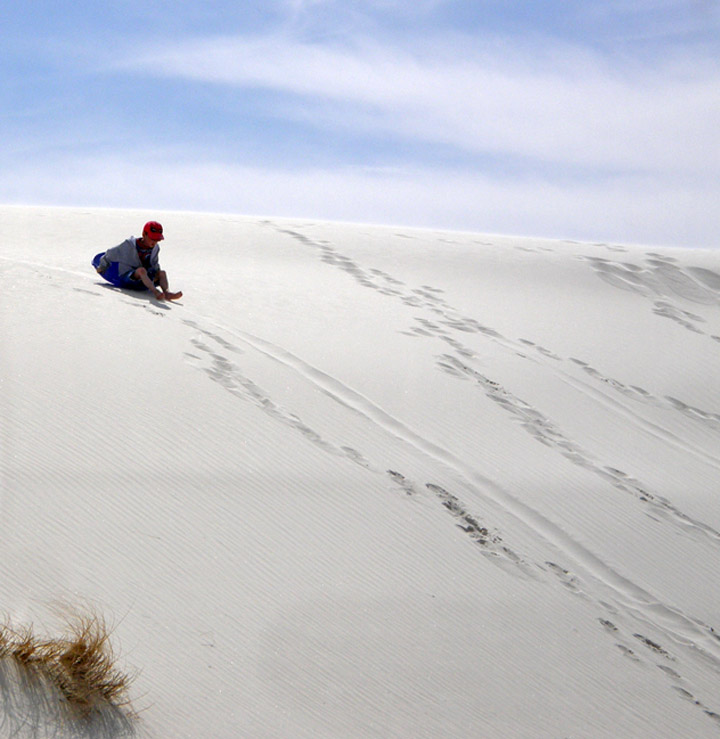 and then sliding down 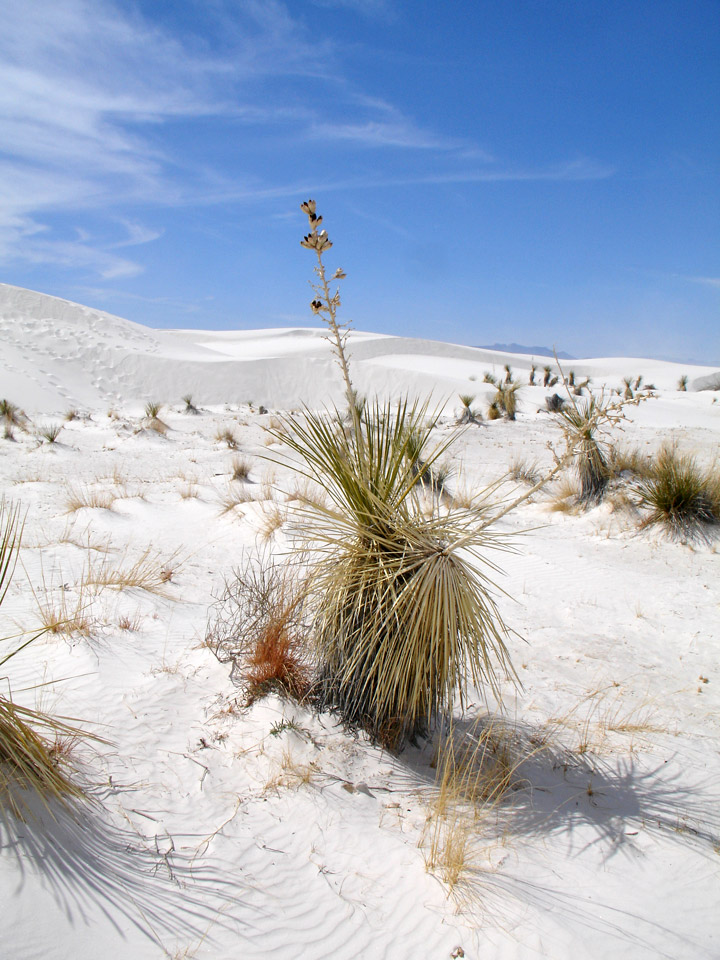 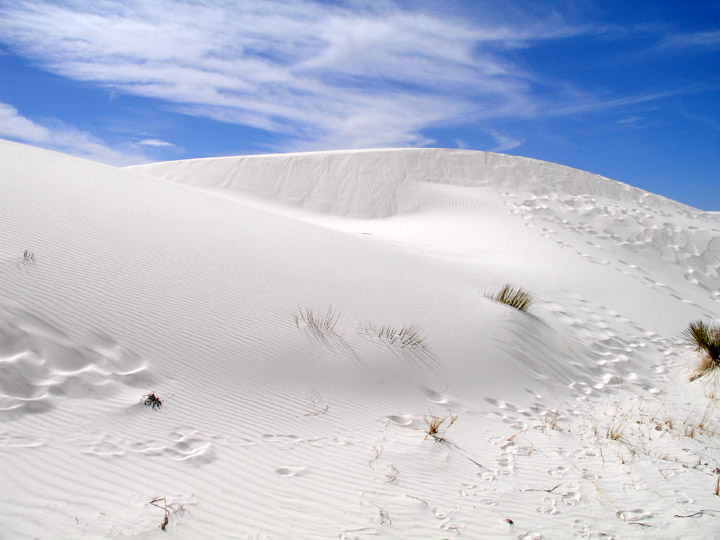 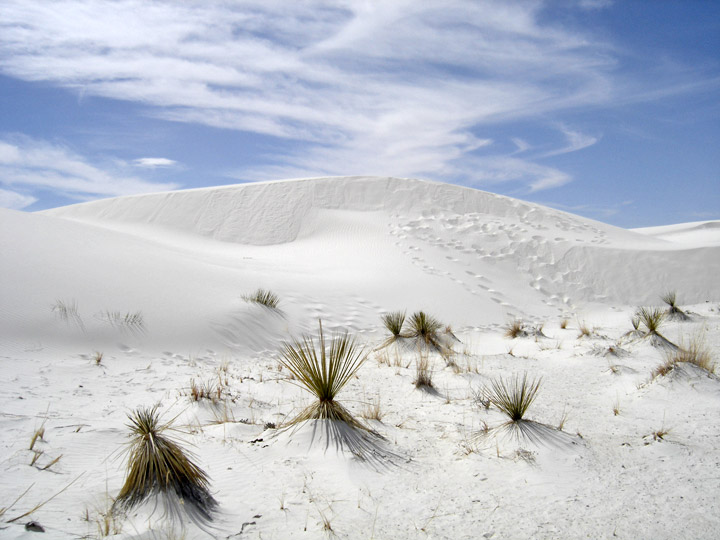 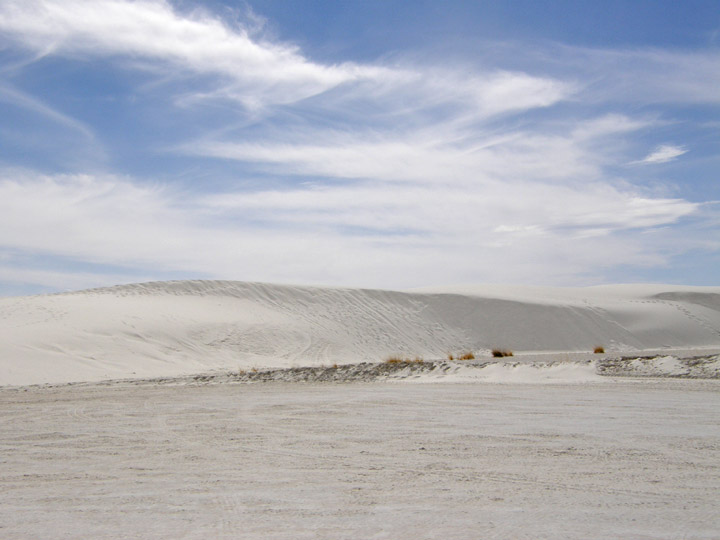 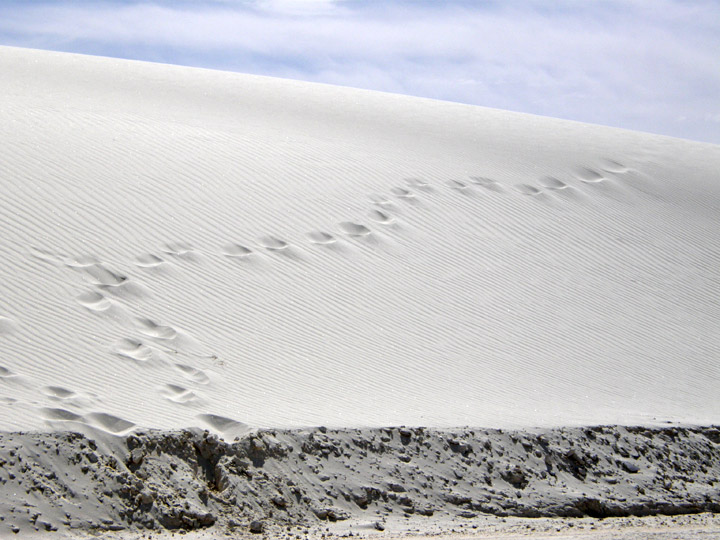 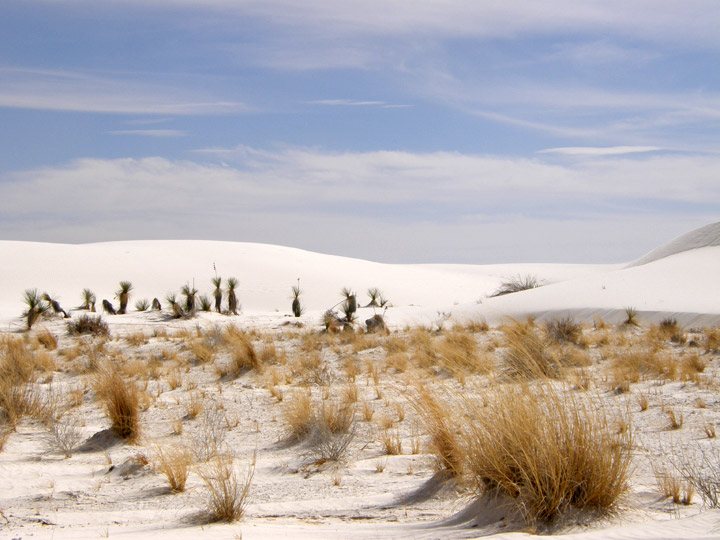