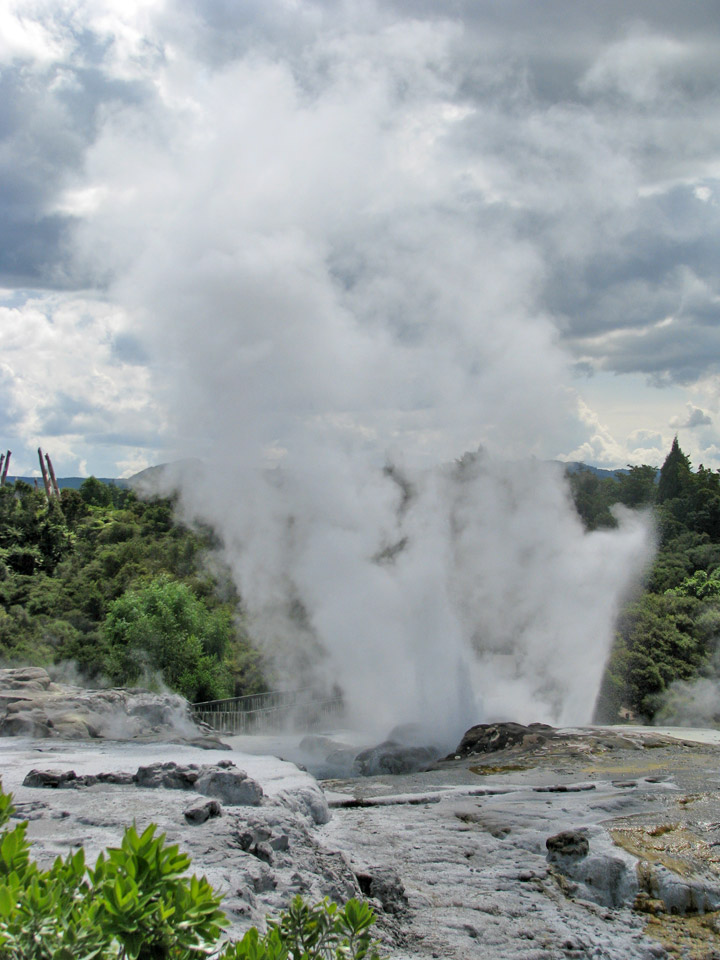 Whakarewarewa (reduced version of Te Whakarewarewatanga O Te Ope Taua A Wahiao, meaning The uprising of the warriors (war party) of Wahiao, often abbreviated to Whaka by locals) is a geothermal area within Rotorua city in the Taupo Volcanic Zone of New Zealand. This was the site of the Māori fortress of Te Puia, first occupied around 1325, and known as an impenetrable stronghold never taken in battle. Māori have lived here ever since, taking full advantage of the geothermal activity in the valley for heating and cooking. 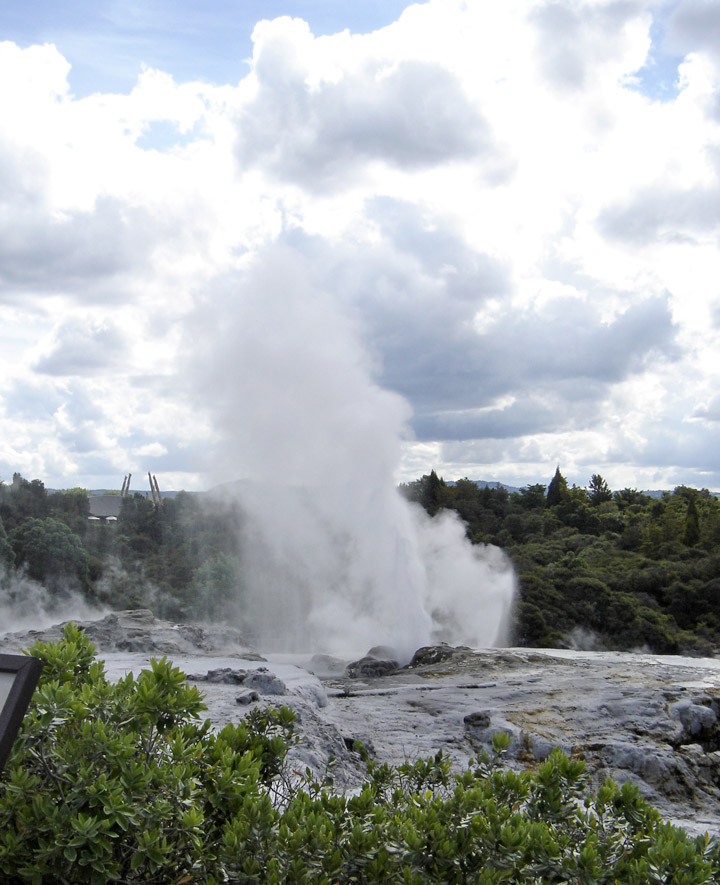 Whakawerawera has some 500 pools, most of which are alkaline chloride hot springs, and at least 65 geyser vents, each with their own name. Seven geysers are currently active. The most famous, Pohutu Geyser, meaning big splash or explosion, can erupt up to 30 m, usually every hour. 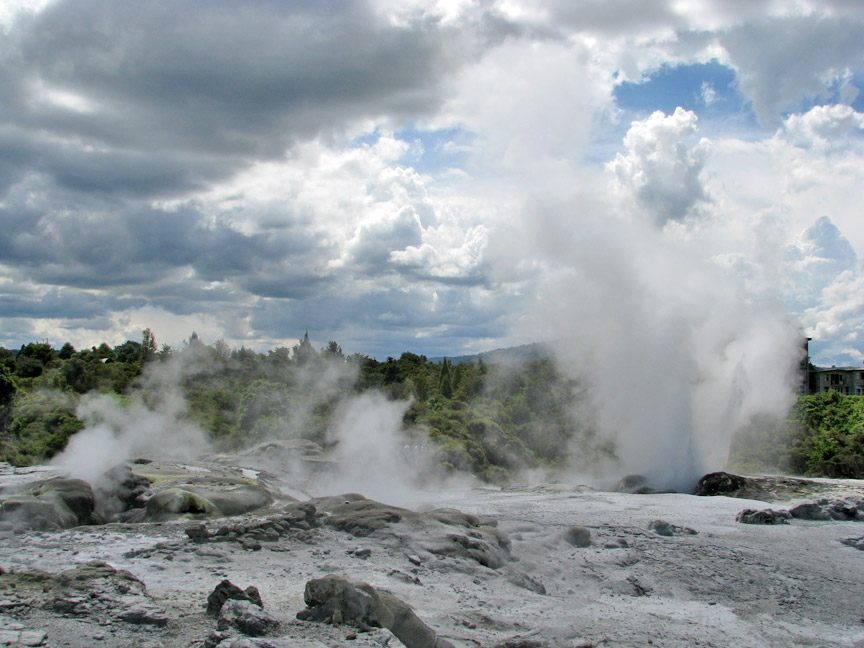 short video of the geyser

Many of the thermal features at Whakawerawera have been adversely affected by Rotorua residents taking advantage of the underlying geothermal fluids of the city by drawing shallow wells (20-200 m deep) to extract hot water for both domestic and commercial heating. A bore closure programme in 1987-1988 resulted in 106 wells within 1.5 km of Pohutu Geyser being cemented shut, with another 120 wells outside the radius being shut due to a punitive royalty charging regime. There has subsequently been a pronounced recovery in the geysers and hot springs at Whakawerawera. 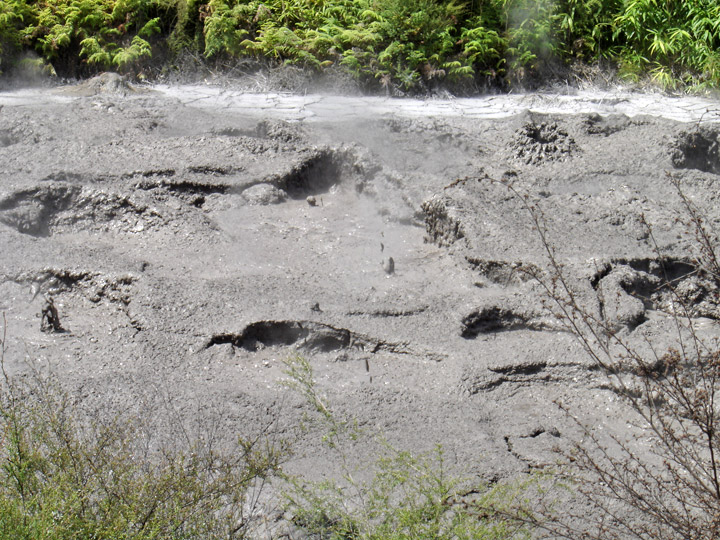 Most of the currently active geysers at Whakawerawera are located on Geyser Flat and aligned on a common fissure. This is a highly complex system, with the activity of one geyser affecting another. 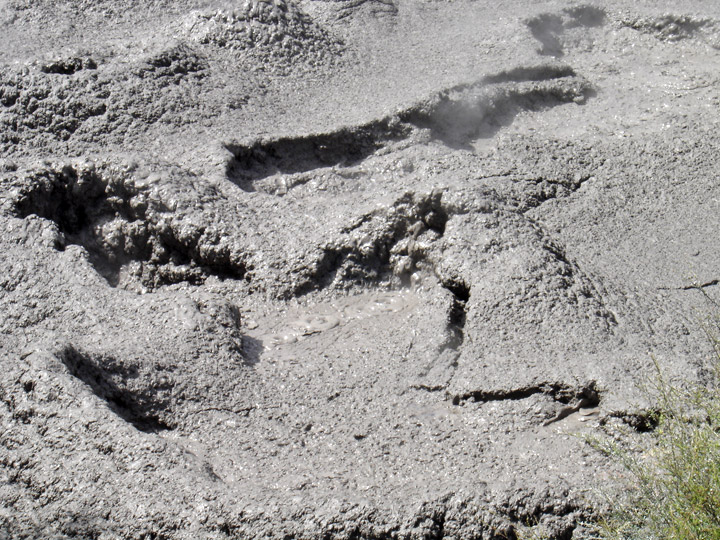 Kereru Geyser, about 2 m above Puarenga Stream, located at the head of a small apron of blackish sinter, erupts every few days or weeks, in a fan-shaped jet 15 m high. No large eruptions occurred between 1972-1988, and it seems its recovery was directly linked to the sudden reduction of well drawoff in 1987. Kereru Geyser is probably independent of other springs on the fissure. 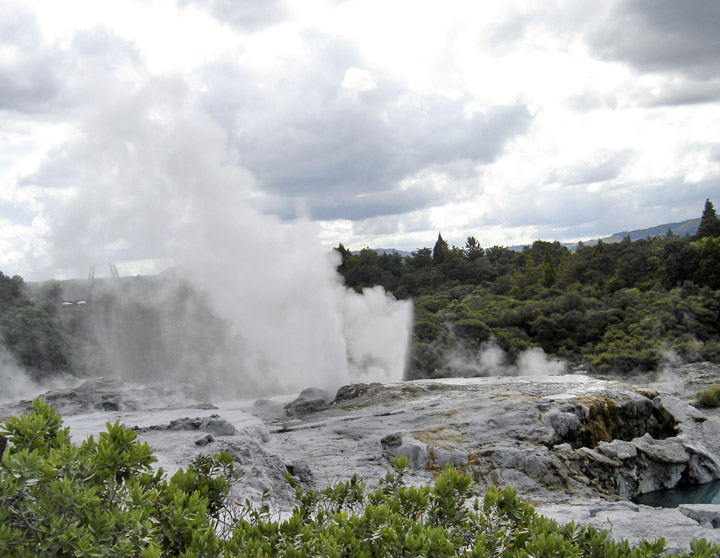 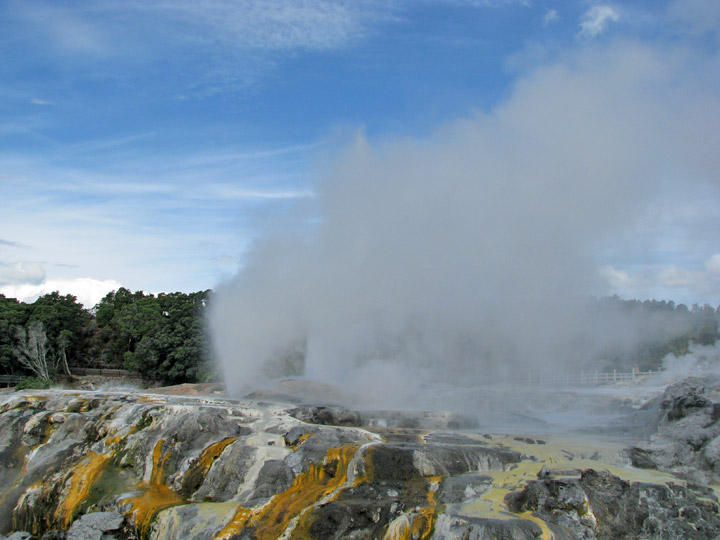 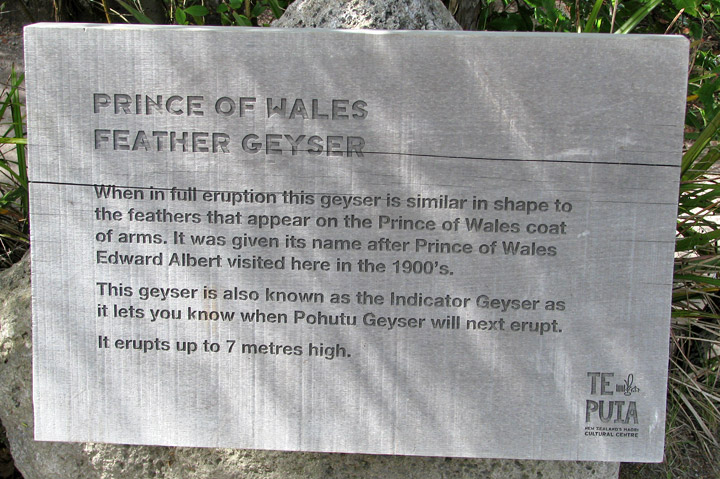 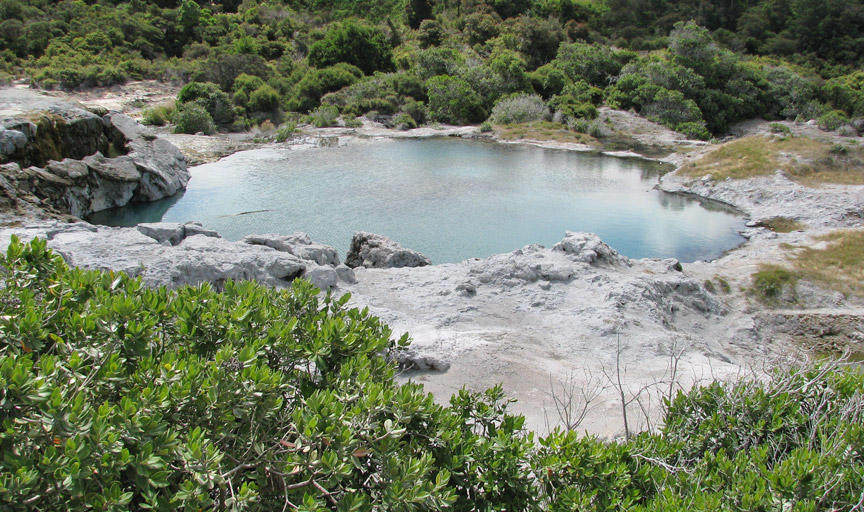 Until 1972, Te Horu Geyser erupted 2-7 m high as often as 10-15 times each day, but after that time eruptions and even boiling ceased. The water in Te Horu's vent began to overflow again in 1998. A very direct connection exists between Te Horu and Pohutu, with air-cooled water erupted from Pohutu largely falling in Te Horu's vent. This may explain the popular belief that Pohutu is more active when there is a south wind, because most erupted water is then blown away to the north, whereas with a north wind much is returned to cool the system and delay the next eruption. 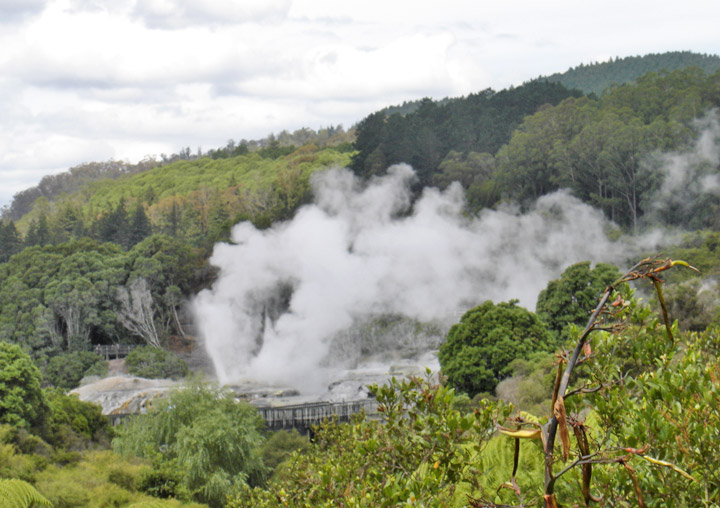 Mahanga Geyser, also called the Boxing Glove, is an old geyser not known to erupt until 1961. Its 3-4.5 m high eruptions occur quite independently of its near neighbour Waikorohihi. 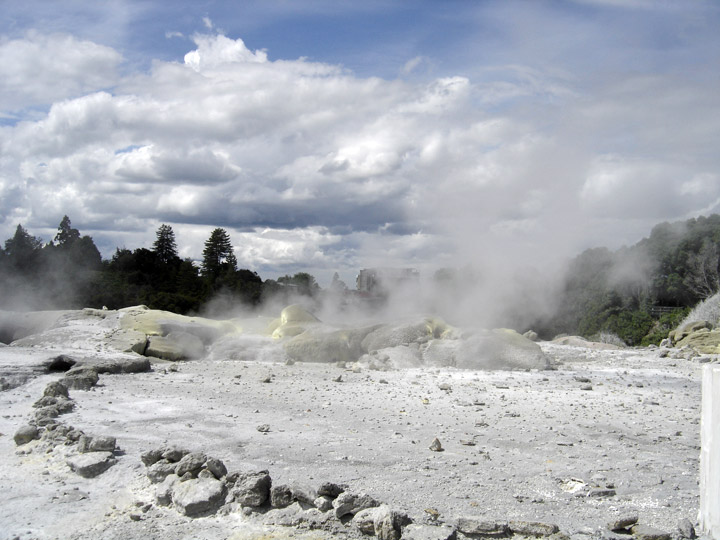 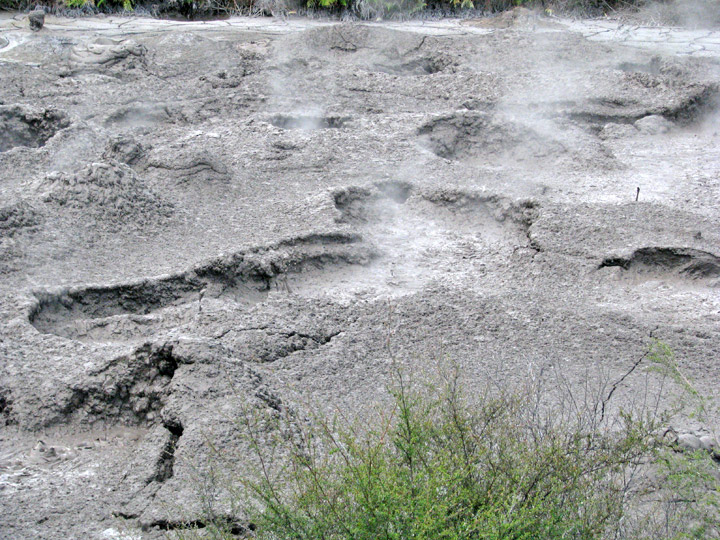 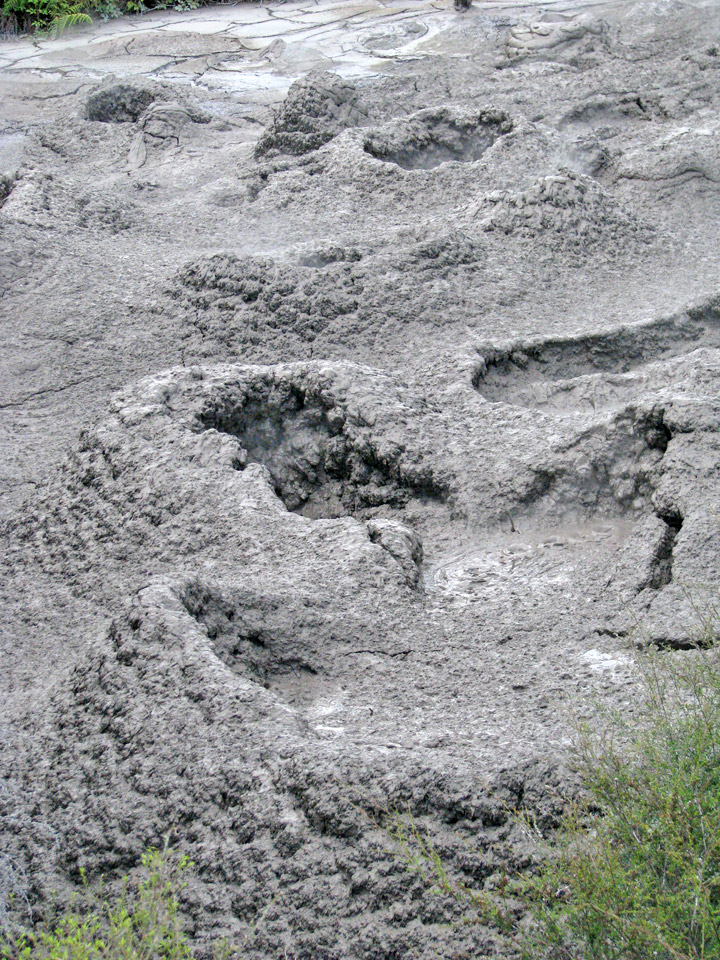 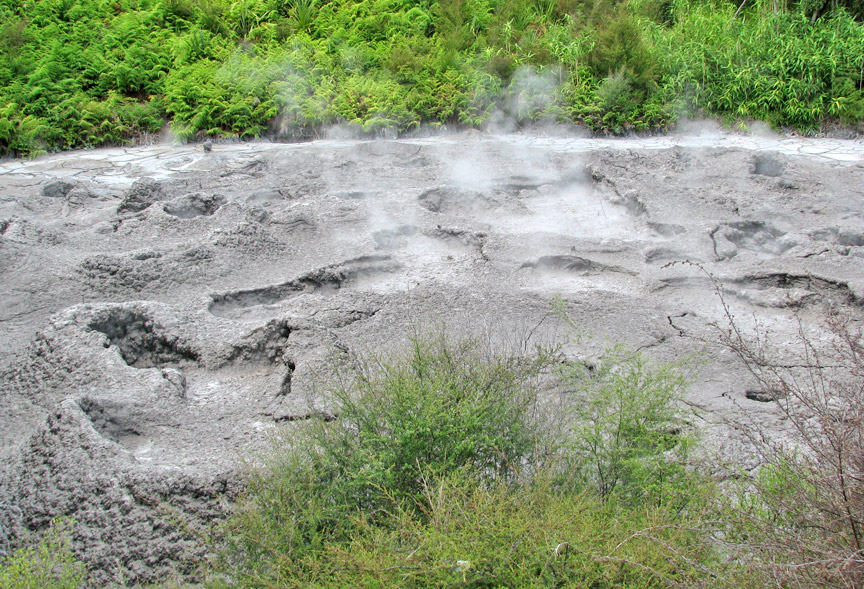 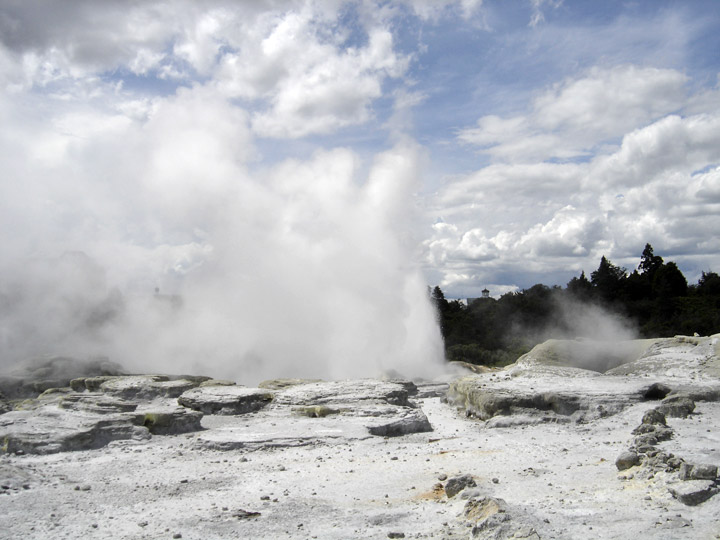 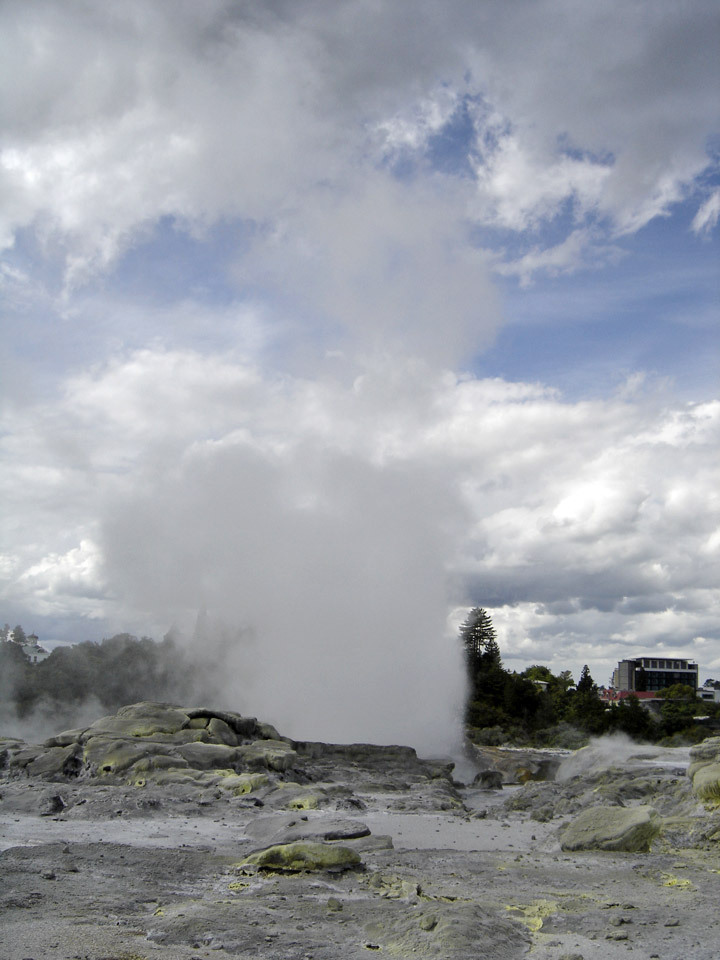 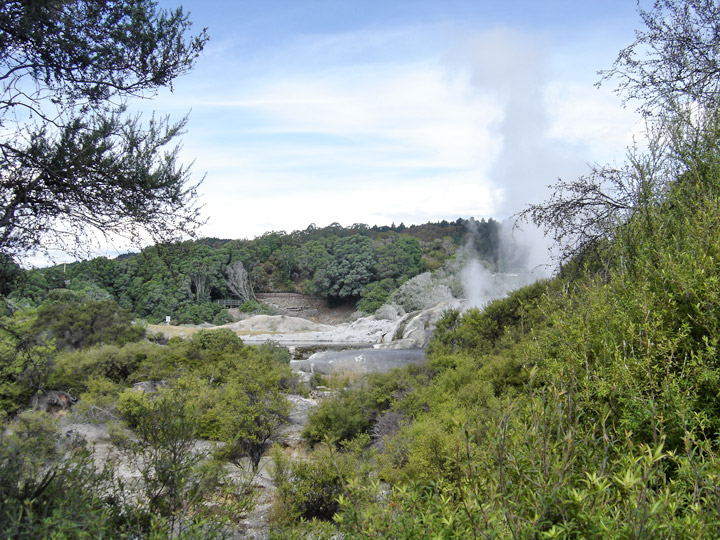 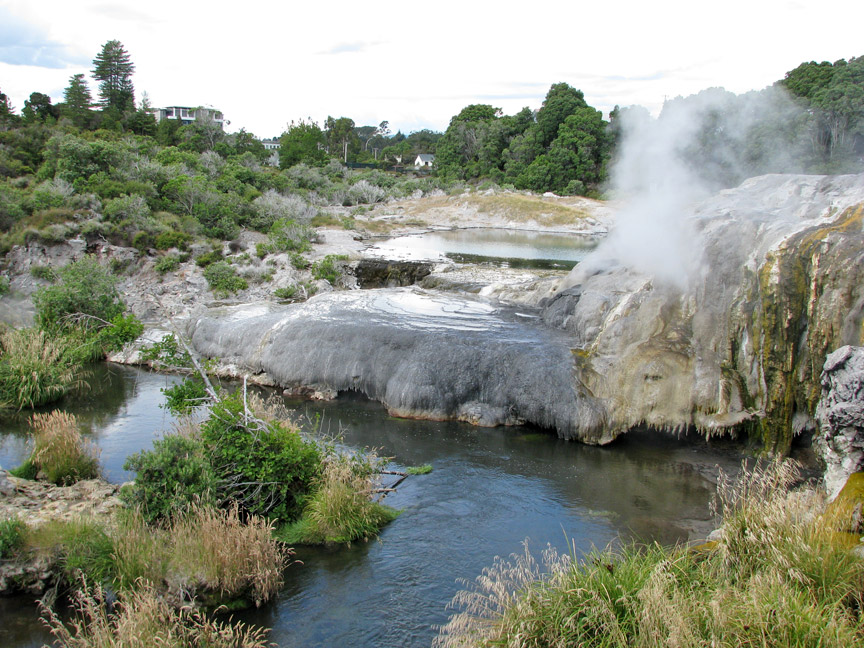 Beyond Geyser Flat is Waikite Geyser, which forms the apex of a prominent sinter mound 260 m south of Pohutu. This last erupted in March 1967, and since then the vent has remained dry and weakly steaming. In June 1996, its previously 8.5 m deep and dry vent suddenly filled with boiling water which rose to within 2.3 m of overflow. In the past Waikite tended to erupt after prolonged periods of excessive rain, suggesting that the level of water in its vent is dependent on rainfall. It is hoped that Waikite may one day erupt again. Meanwhile Pareia Geyser, just beyond Waikite, has recently reactivated. 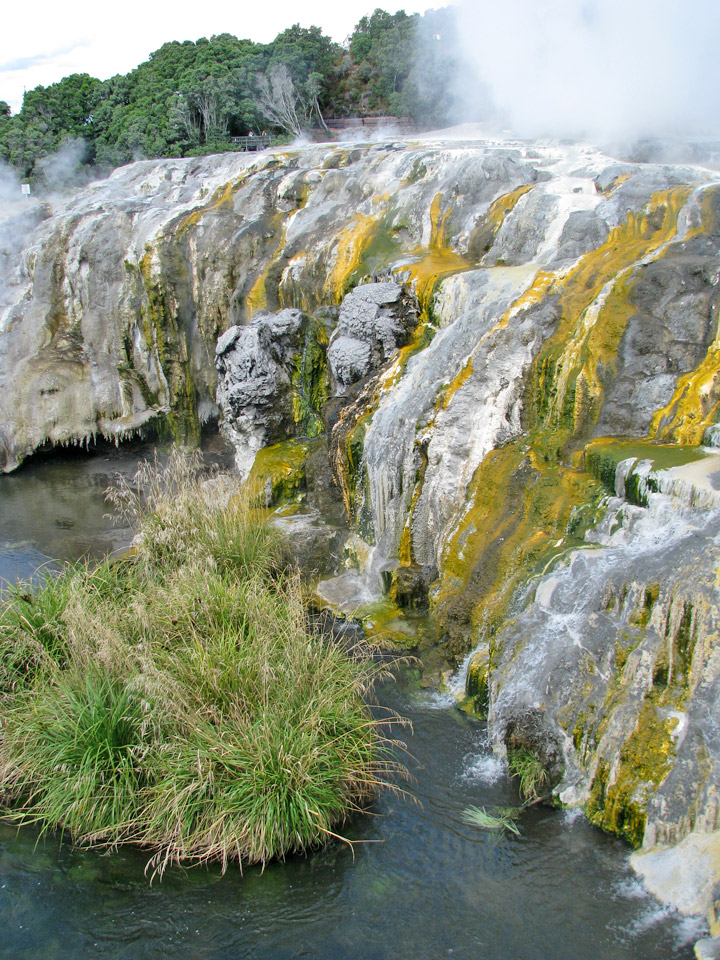 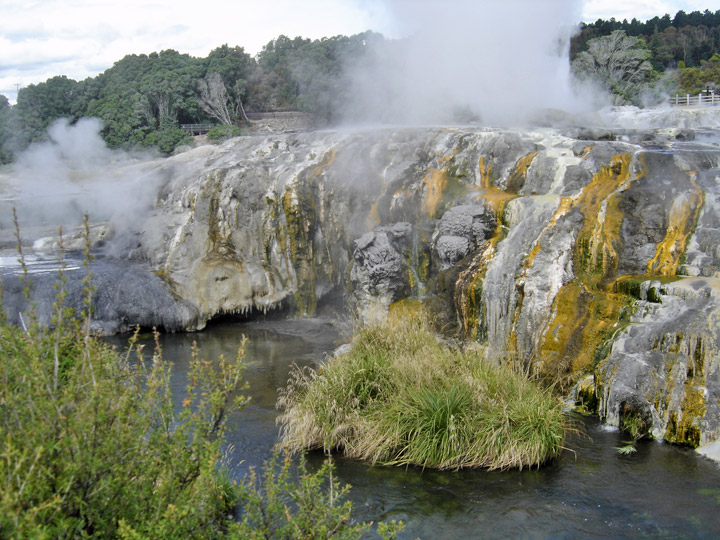 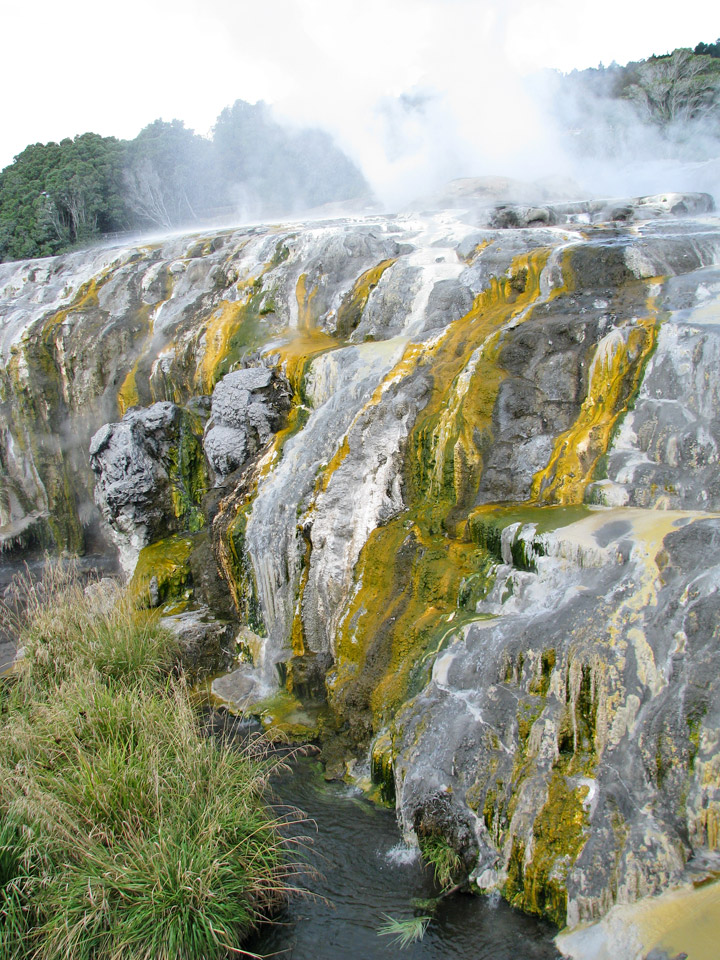 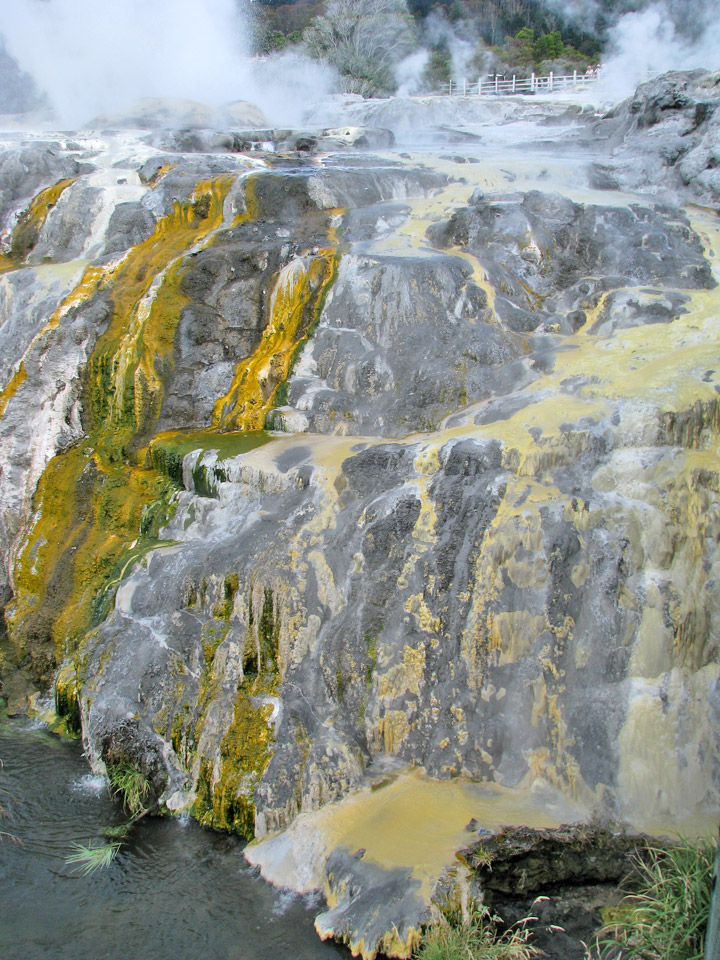 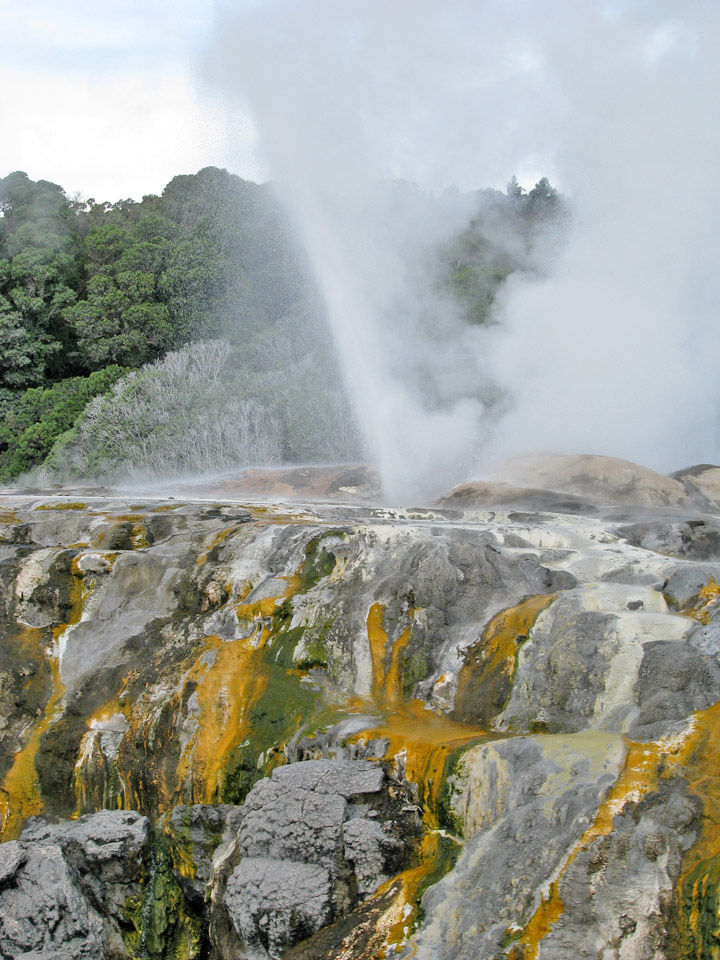 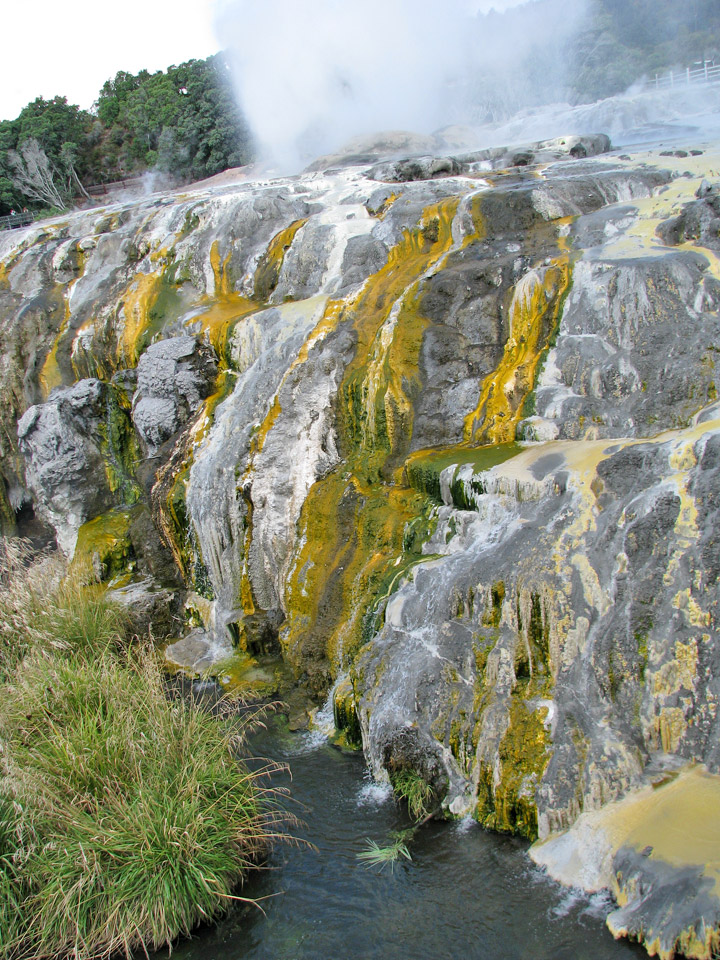 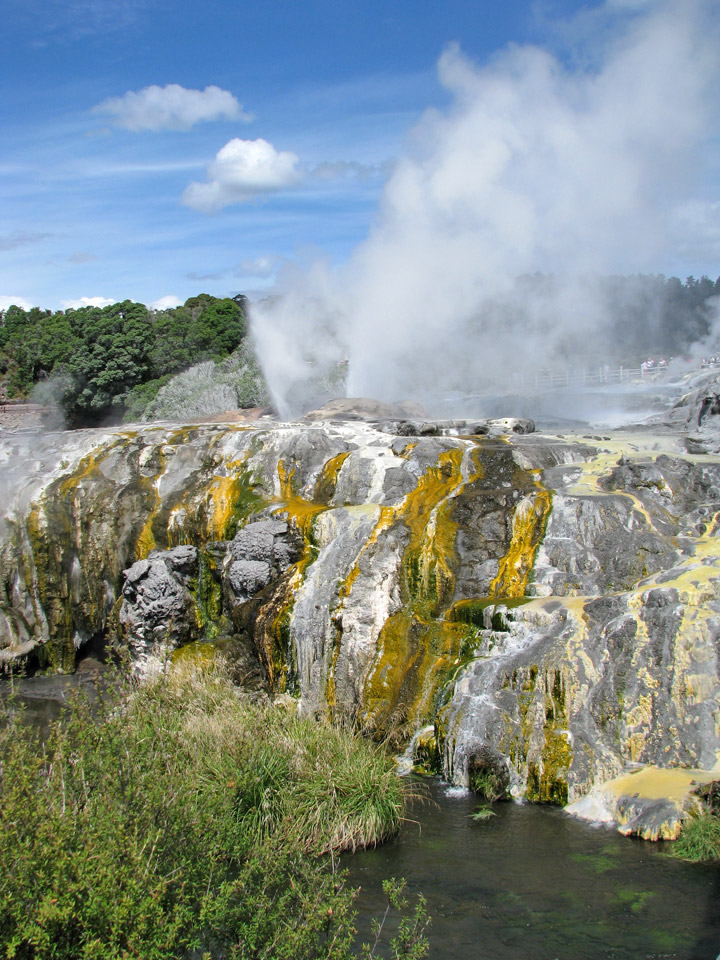 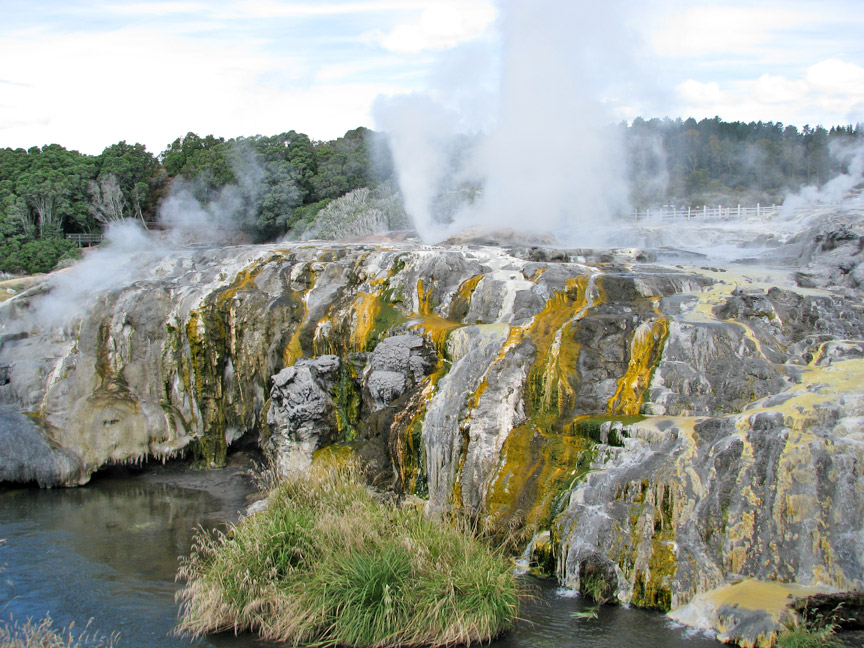 Papakura Geyser is the other notable dormant geyser at Whakarewarewa, last erupting in March 1979 after a 90 year period during which it was known to have faltered very briefly only three times. The cessation of eruptions from Papakura was directly responsible for initiating the Rotorua Monitoring Programme in 1981. Papakura has not recovered to date, although in October 1997 the fluid in the vent had heated to about 60 degrees Celsius and become clear and alkaline once more 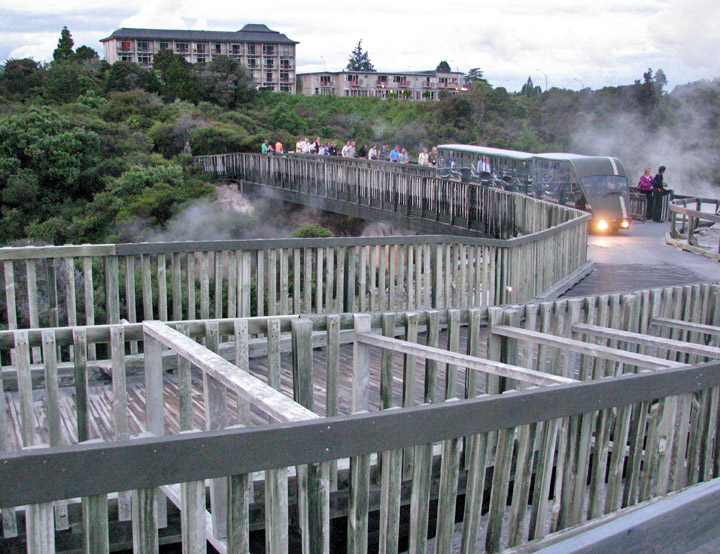 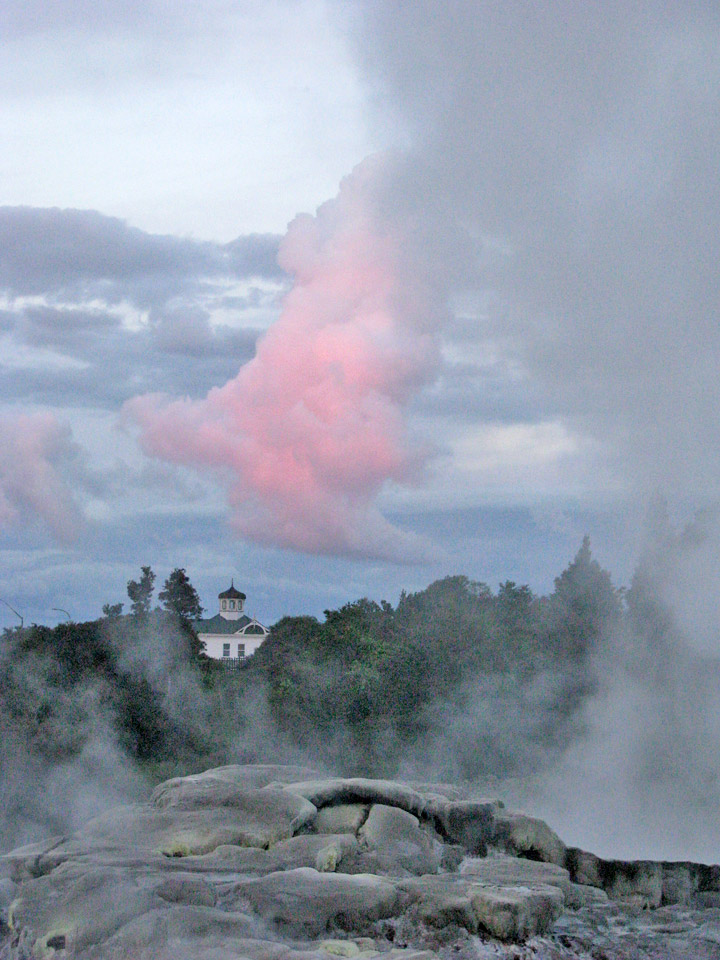 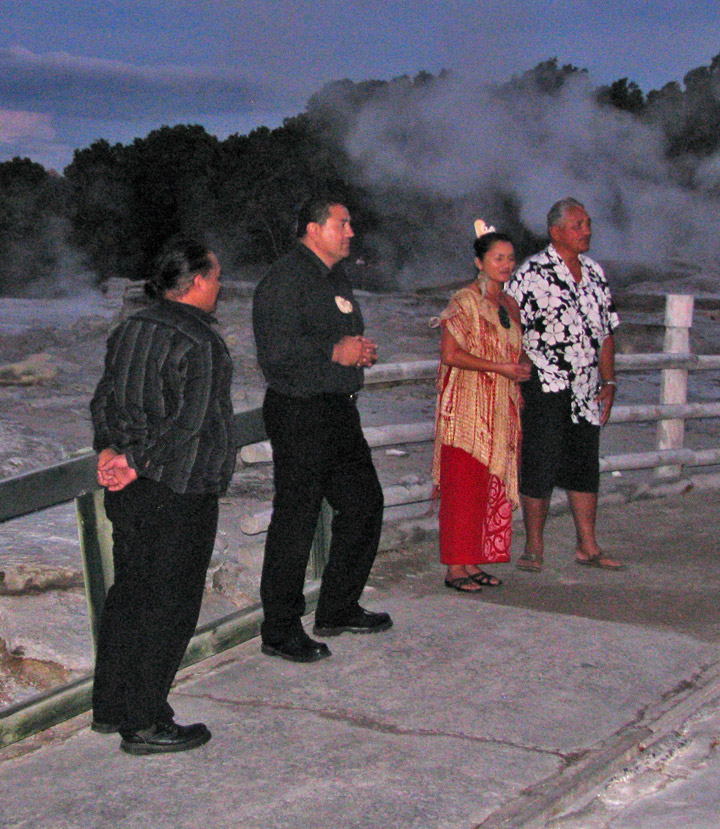 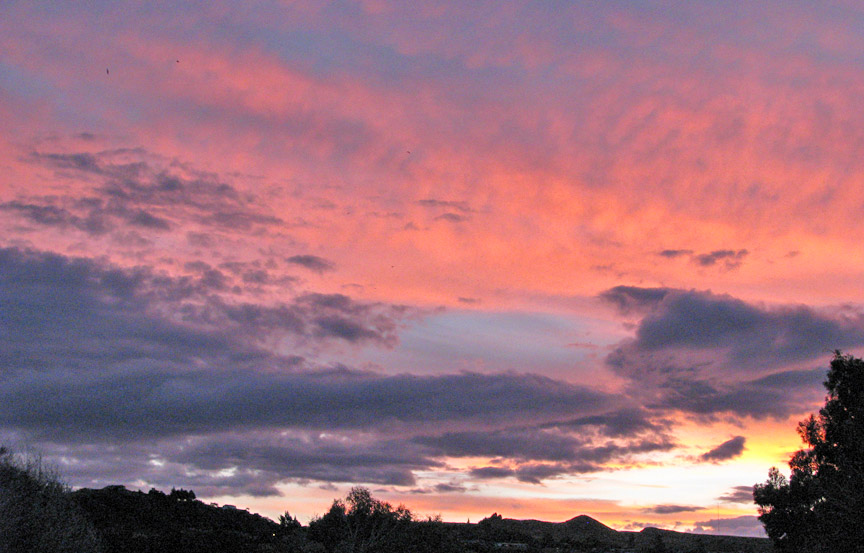