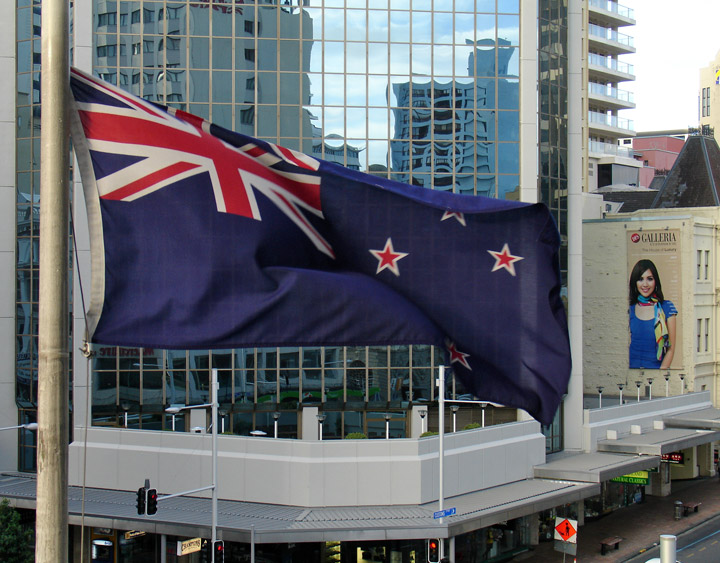 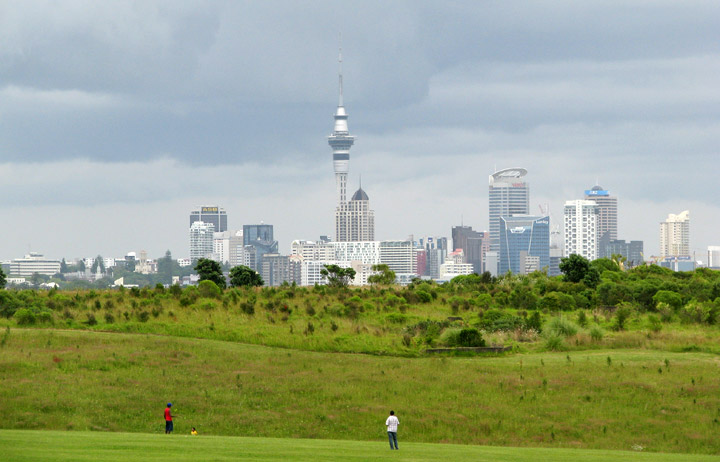 The Auckland metropolitan area or Greater Auckland, in the North Island of New Zealand, is the largest and most populous urban area in the country with over 1.3 million residents, 31 percent of the country's population. Demographic trends indicate that it will continue to grow faster than the rest of the country. Increasingly cosmopolitan, Auckland also has the largest Polynesian population of any city in the world, and has seen many people of Asian ethnicity move there in the last two decades. 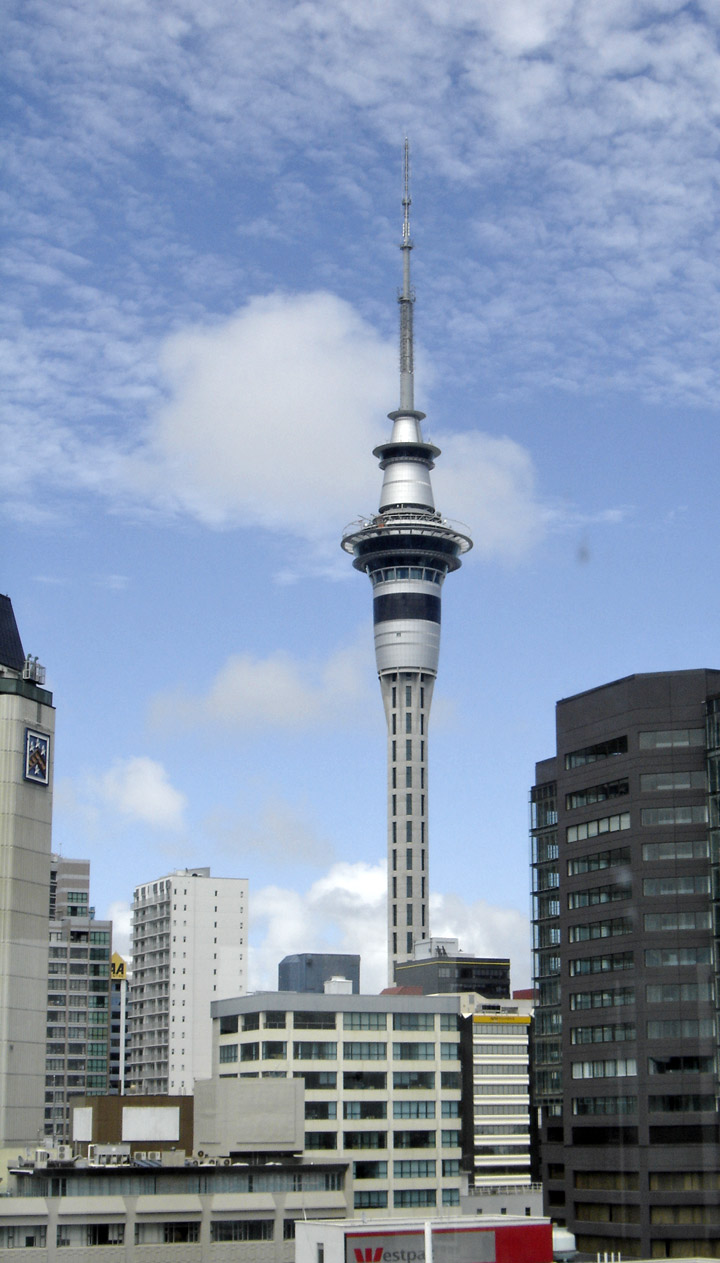 It is a conurbation, made up of Auckland City (excluding the Hauraki Gulf islands), North Shore City, and the urban parts of Waitakere and Manukau cities, along with Papakura District and some nearby urban parts of Rodney and Franklin Districts. In Māori its name is Tāmaki-makau-rau, or the transliterated version of Auckland, Ākarana. 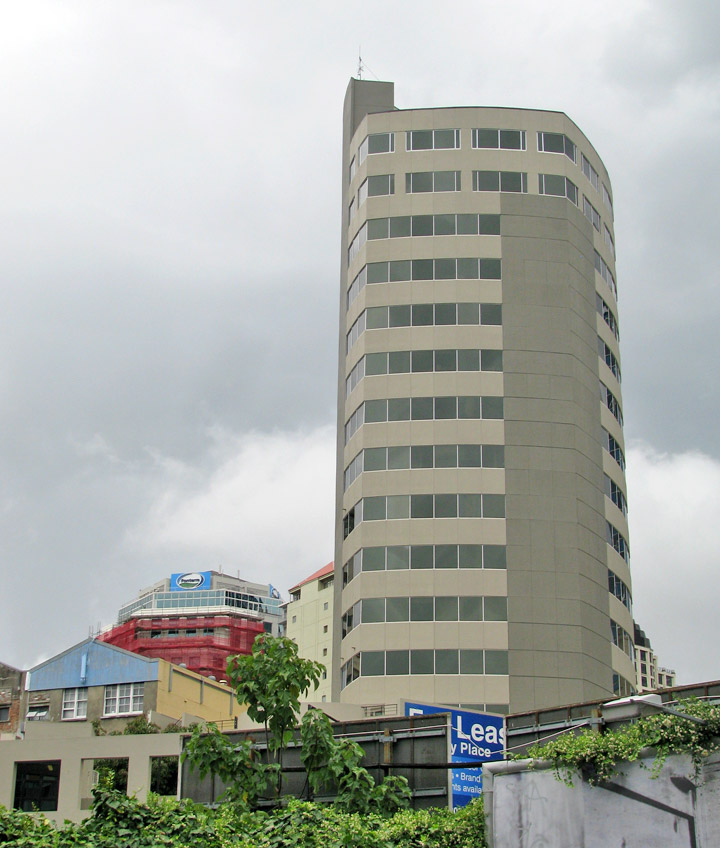 Auckland lies between the Hauraki Gulf of the Pacific Ocean to the east, the low Hunua Ranges to the south-east, the Manukau Harbour to the south-west, and the Waitakere Ranges and smaller ranges to the west and north-west. The central part of the urban area occupies a narrow isthmus between the Manukau Harbour on the Tasman Sea and the Waitemata Harbour on the Pacific Ocean. It is one of the few cities in the world to have harbours on two separate major bodies of water. 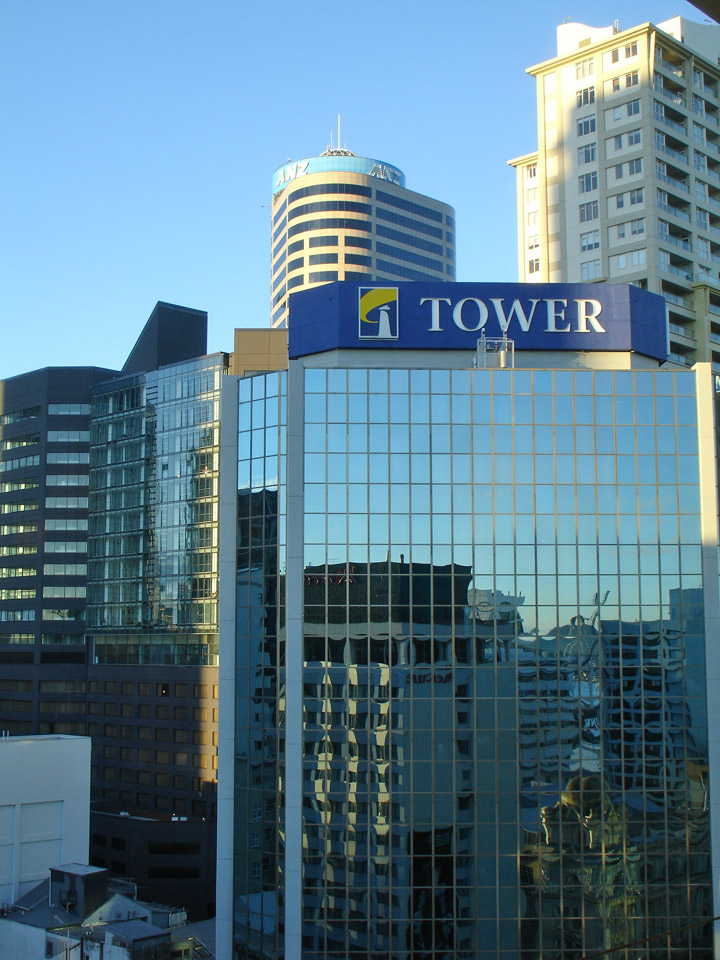 The isthmus was first settled around 1350 and was valued for its rich and fertile land. Many pā (fortified villages) were created, mainly on the volcanic peaks. Māori population in the area is estimated at about 20,000 people before the arrival of Europeans. The subsequent introduction of firearms, which began in Northland, upset the balance of power and led to devastating inter-tribal warfare, causing iwi who lacked the new weapons to seek refuge in areas less exposed to coastal raids. As a result, the region had relatively low numbers of Māori when European settlement of New Zealand began. There is, however, nothing to suggest that this was the result of a deliberate European policy. On 27 January 1832, Joseph Brooks Weller, eldest of the Weller brothers of Otago and Sydney bought land including the sites of the modern cities of Auckland and North Shore and part of Rodney District, for "one large cask of powder" from "Cohi Rangatira". 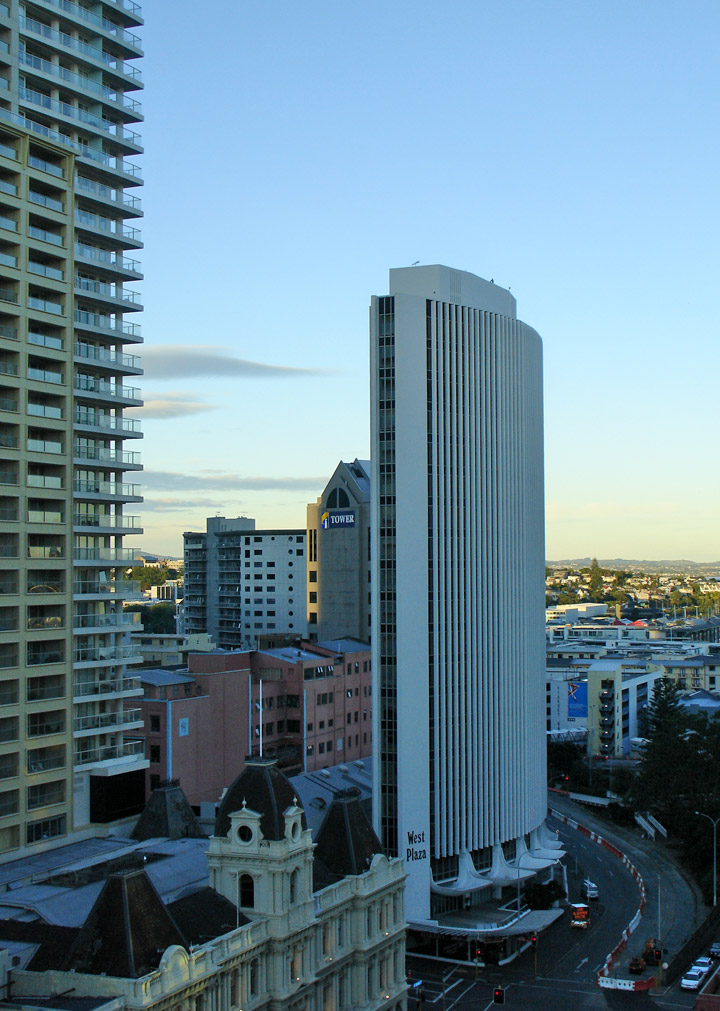 After the signing of the Treaty of Waitangi in February 1840, the new Governor of New Zealand, William Hobson, chose the area as his new capital, and named it after the George Eden, Earl of Auckland, then Viceroy of India. However, even in 1840 Port Nicholson (later Wellington) was seen as a better choice for an administrative capital because of its proximity to the South Island, which was being settled much more rapidly. At the same time, Auckland was the capital and principal city of the Auckland Province, remaining so until the provincial system was abolished in 1876. Immigration to the new city remained strong, however, even after it lost its status as national capital in 1865. 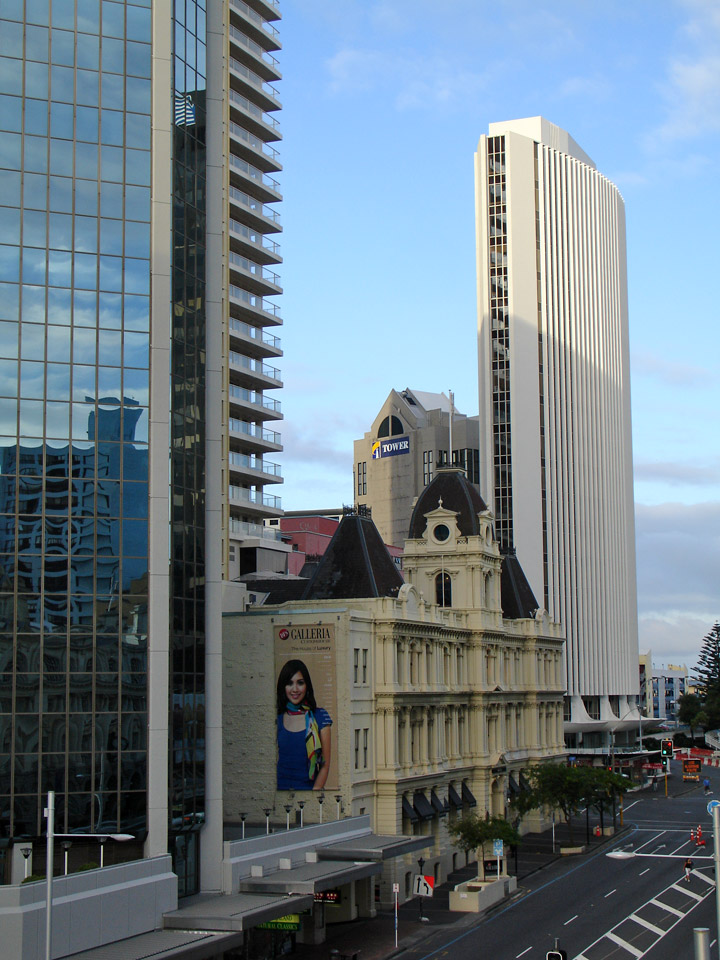 In the early 1860s, Auckland became a base against the Māori King Movement. This, and continued road building towards the south into the Waikato, enabled Pākehā (European New Zealanders) influence to spread from Auckland. Its population also grew fairly rapidly, from 1,500 in 1841 to 12,423 by 1864. The growth occurred similarly to other mercantile-dominated cities, mainly around the port and with problems of overcrowding and pollution. 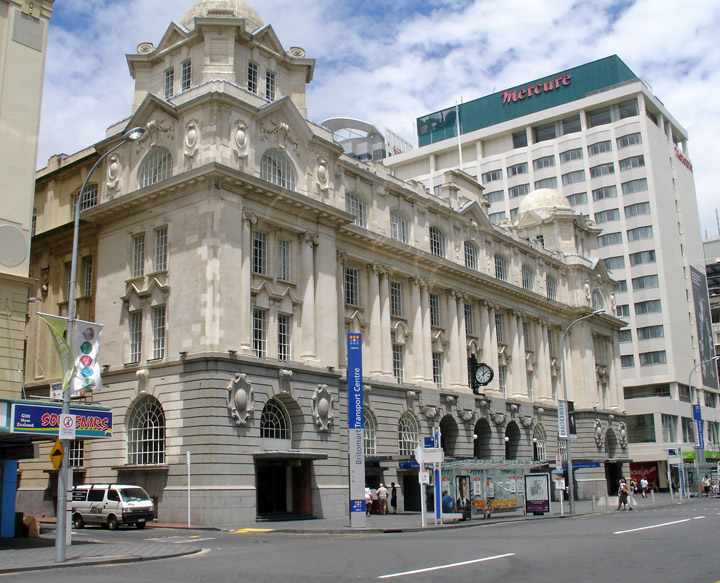 Trams and railway lines shaped Auckland's rapid expansion in the early first half of the 20th century, but soon afterward the dominance of the motor vehicle emerged and has not abated since; arterial roads and motorways have become both defining and geographically dividing features of the urban landscape. They also allowed further massive expansion that resulted in the growth of associated urban areas like the North Shore (especially after the construction of the Auckland Harbour Bridge), and Manukau City in the south. 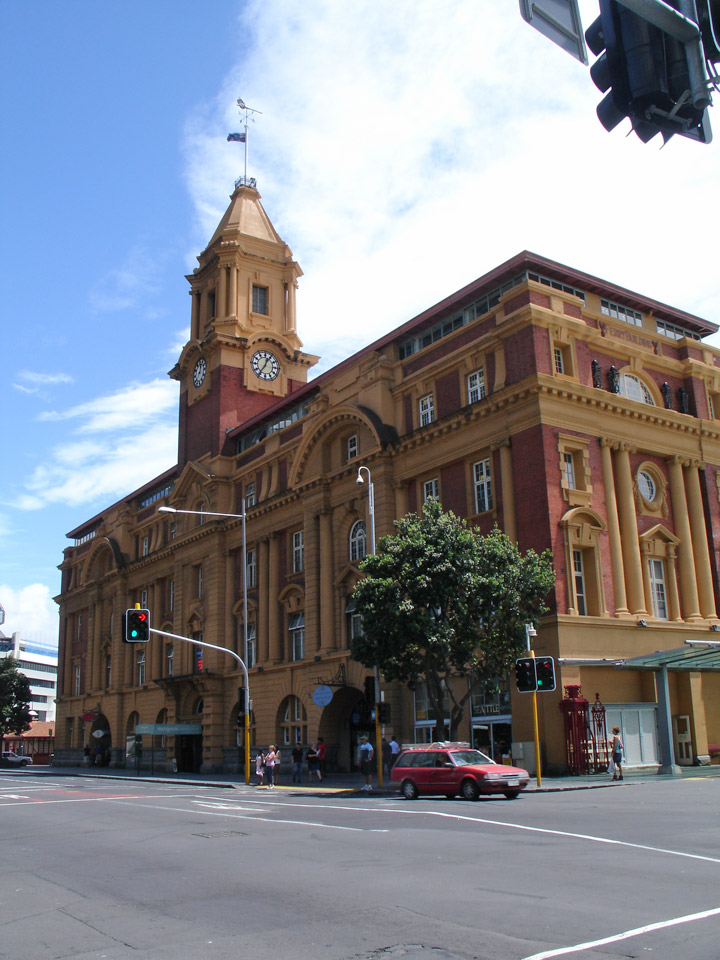 A large percentage of Auckland is still dominated by a very suburban style of building, giving the city a very low population density. Although it has no more than a sixth of the population of London, it sprawls over an area almost as large (over 1,000 km2), making some services like public transport costlier than in other, high-density, cities, but also allowing most Aucklanders to live in similar residential houses as the rest of New Zealand, though the section sizes are much smaller than in most of the rest of the country. 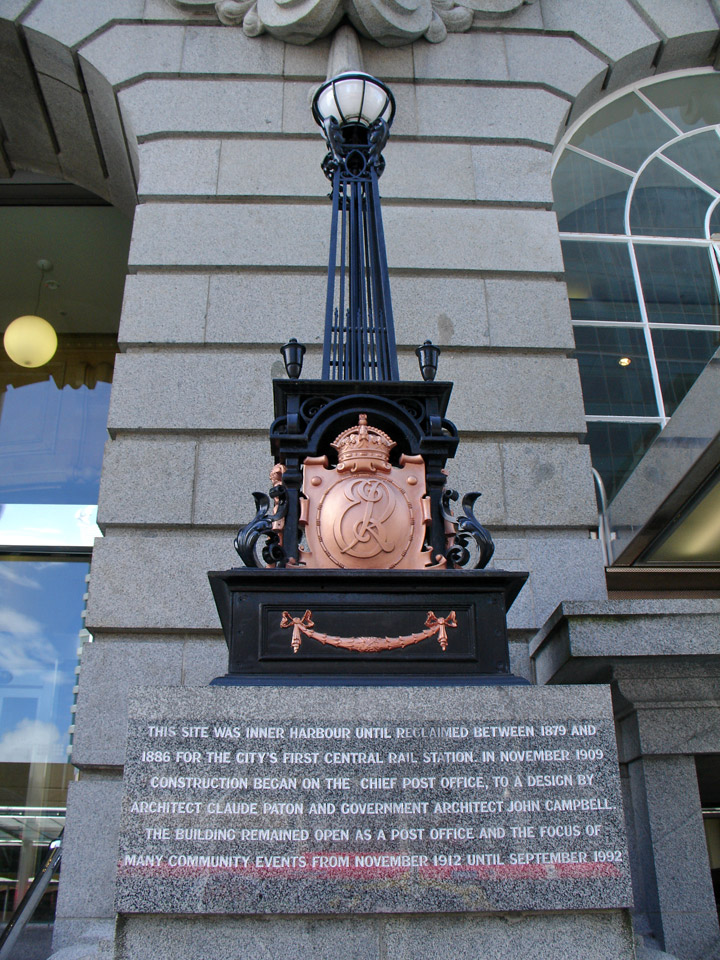 Auckland is expecting substantial population growth via immigration and natural population increases (which contribute to growth at about one-third and two-thirds, respectively), and is set to grow to an estimated 2 million inhabitants by 2050. This substantial increase in population will have a major impact on transport, housing and other infrastructure that is in many cases already considered under pressure. It is also feared by some organizations, such as the Auckland Regional Council, that urban sprawl will result from the growth and, as a result, that it is necessary to address this proactively in planning policy. 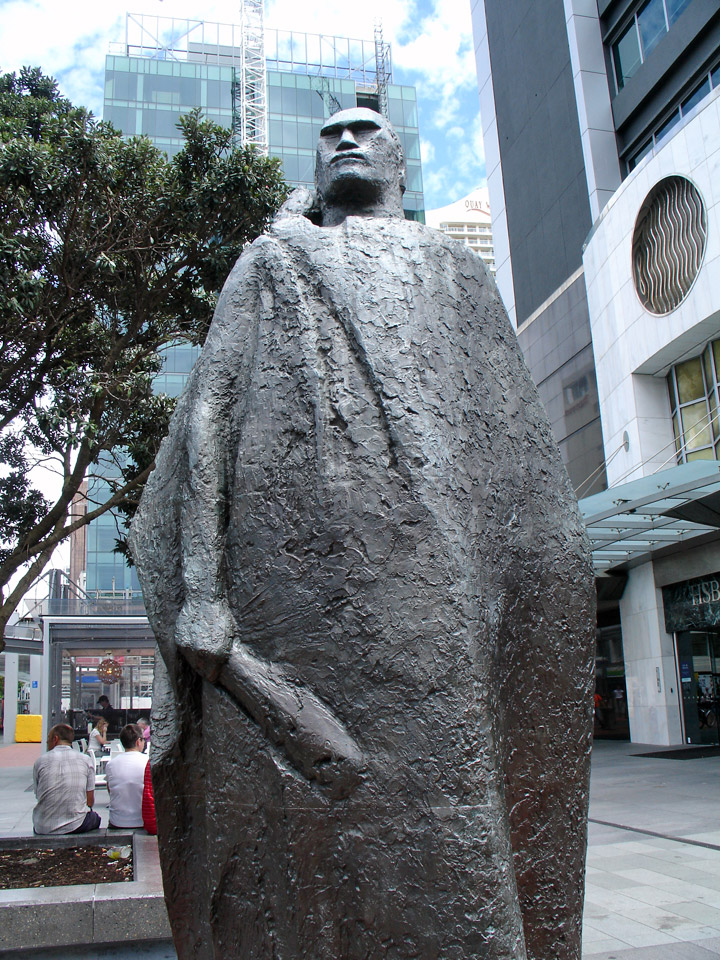 A Maori Figure in a Kaitaka Cloak

A 'Regional Growth Strategy' has been adopted that sees limits on further subdivision and intensification of existing use as its main sustainability measures. This policy is contentious, as it naturally limits the uses of private land, especially the subdivision of urban fringe properties, by setting 'Metropolitan Urban Limits' in planning documents like the District Plan. 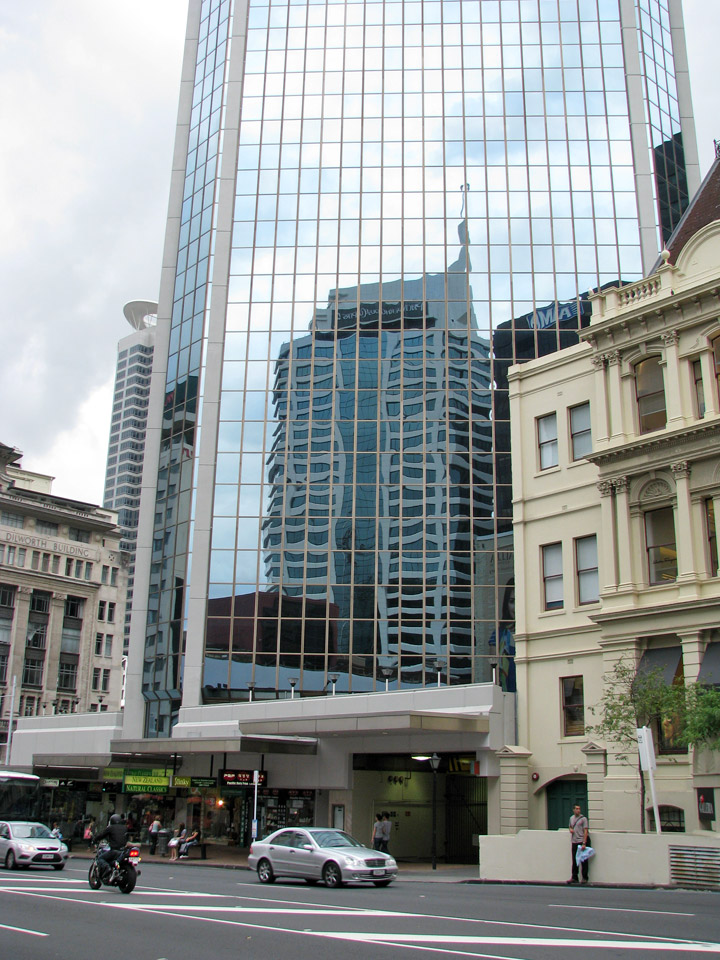 A related issue is the current discussion about local government, with widely differing views. Some Aucklanders blame limited progress on Auckland's issues on poor governance and the fragmentation of the city into various councils (currently seven "City/District" authorities, plus one "Regional" authority). Others point to the fact that a previous integration of the many much smaller Borough Councils did not bring the promised advantages either, and reduced local participation in politics. In 2007, the government set up a Royal Commission of Inquiry which will report back on what restructuring should be done. 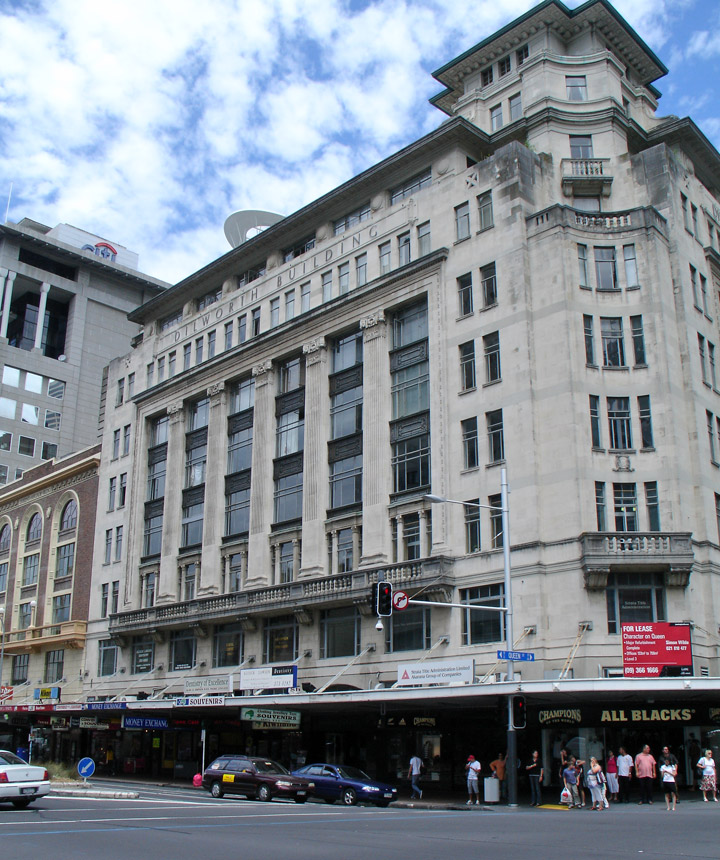 Auckland straddles the volcanoes of the Auckland Volcanic Field. The approximately 50 volcanic vents in the field take the form of cones, lakes, lagoons, islands and depressions, and several have produced extensive lava flows. Most of the cones have been partly or completely quarried away. The individual volcanoes are all considered extinct, although the volcanic field itself is merely dormant. 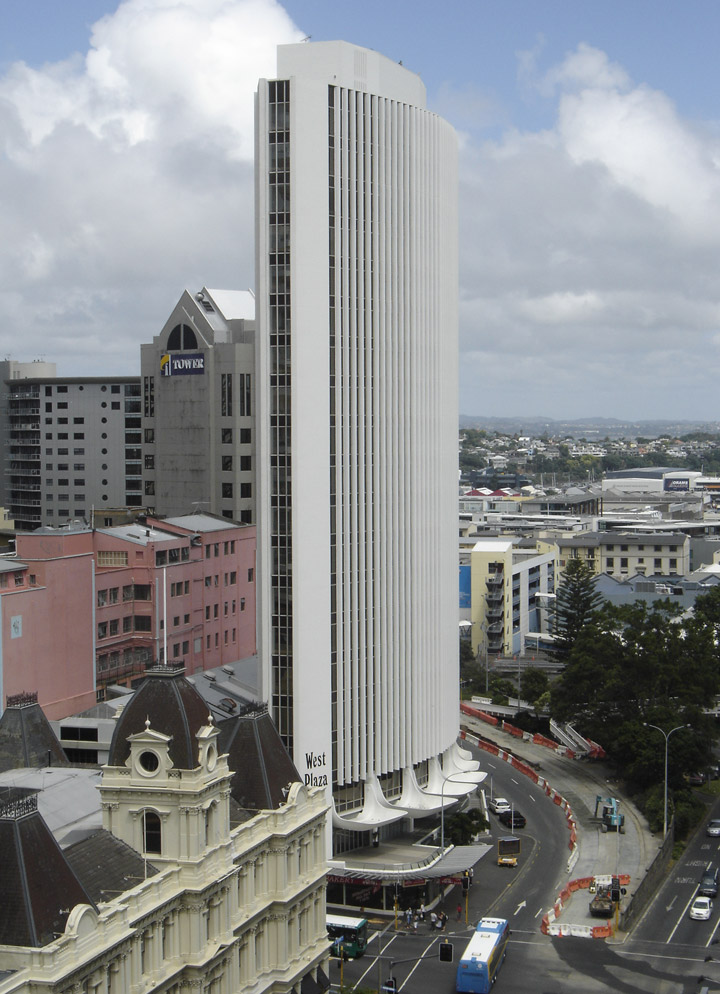 The most recent and by far the largest volcano, Rangitoto Island, was formed within the last 1000 years, and its eruptions destroyed the Māori settlements on neighbouring Motutapu Island some 700 years ago. Rangitoto's size, its symmetry, its position guarding the entrance to Waitemata Harbour and its visibility from many parts of the Auckland region make it Auckland's most iconic natural feature. Few birds and insects inhabit the island because of the rich acidic soil and the type of flora growing out of the rocky soil. 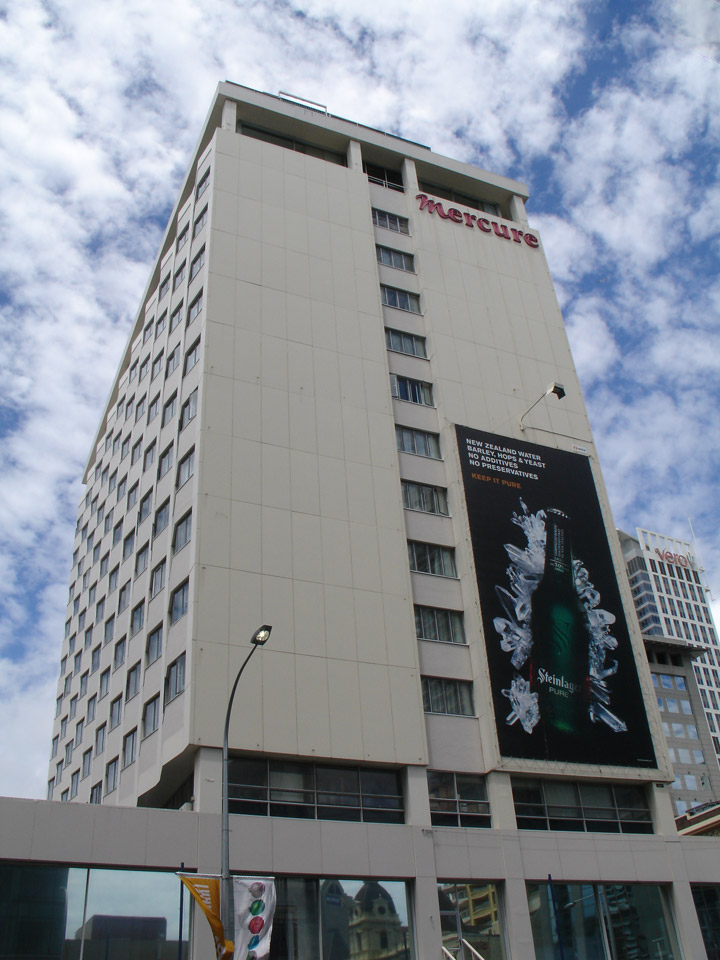 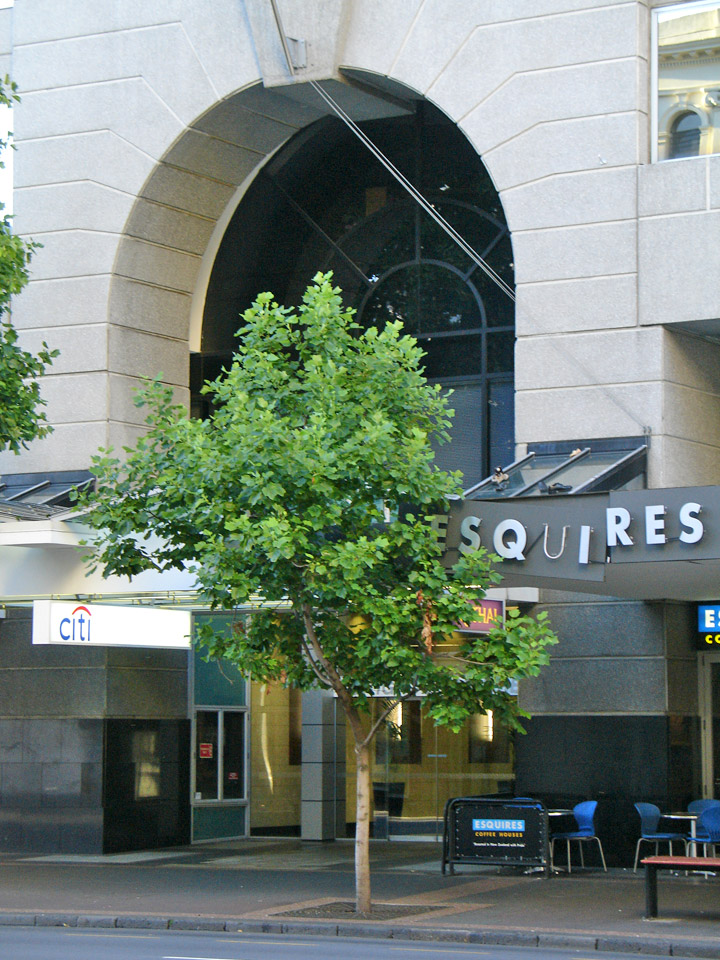 shoes on the lower roof
from a protest, January 2009, against the USA - Iraq war

Auckland lies on and around an isthmus, less than 2 kilometres wide at its narrowest point, between Mangere Inlet and the Tamaki River. There are two harbors in the Auckland urban area surrounding this isthmus: Waitemata Harbour to the north, which opens east to the Hauraki Gulf, and Manukau Harbour to the south, which opens west to the Tasman Sea. 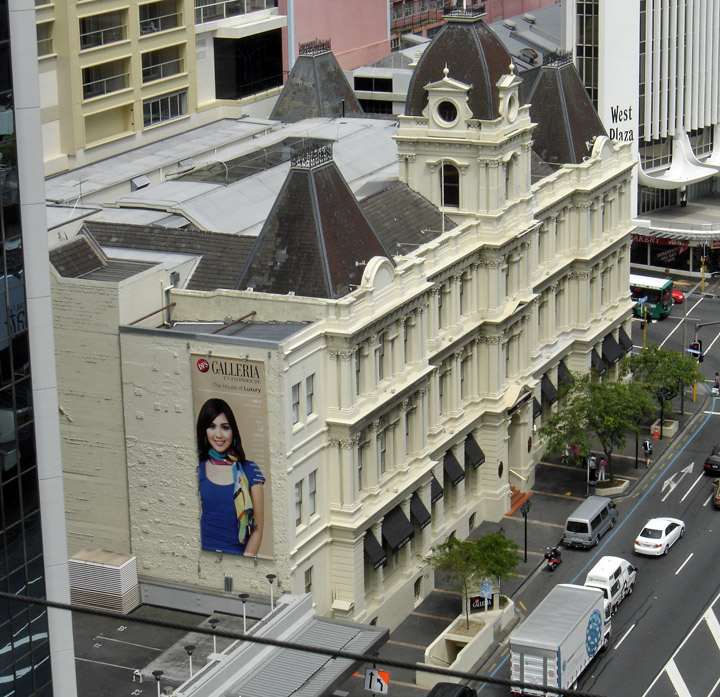 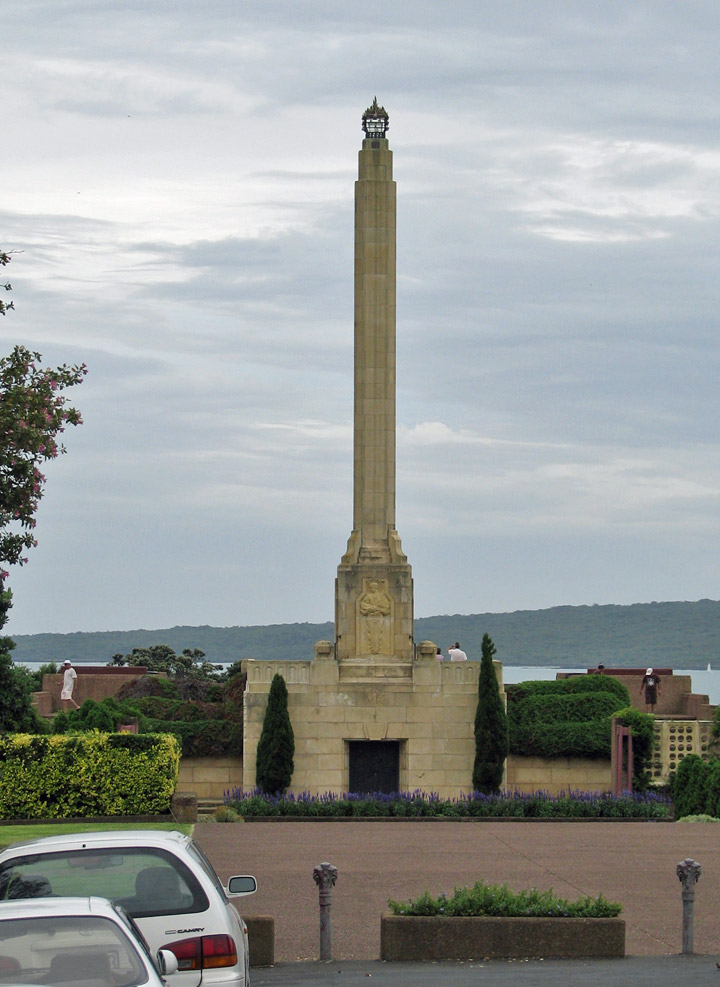 Several islands of the Hauraki Gulf are administered as part of Auckland City, though they are not officially part of the Auckland metropolitan area. Parts of Waiheke Island effectively function as Auckland suburbs, while various smaller islands near Auckland are mostly zoned 'recreational open space' or are nature sanctuaries. 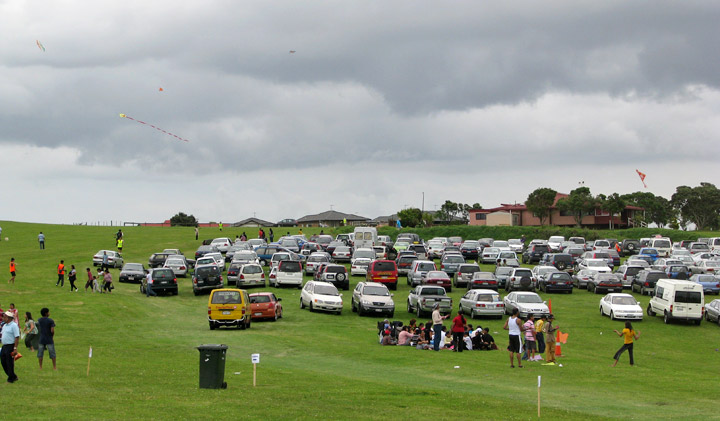 flying kits on the volcano 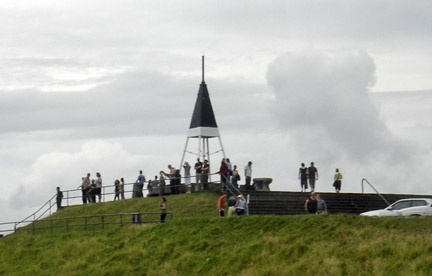 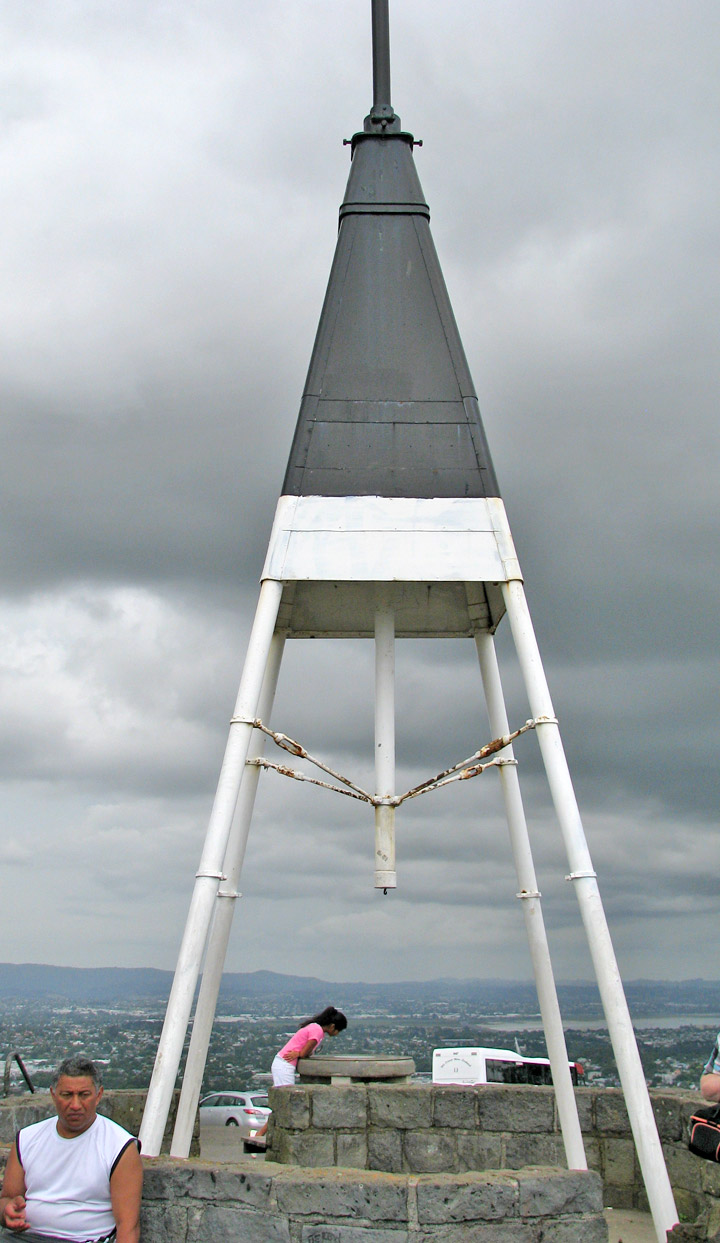 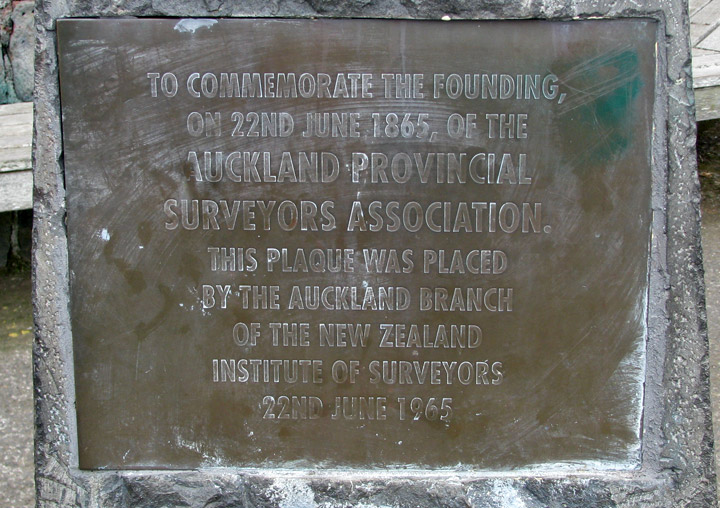 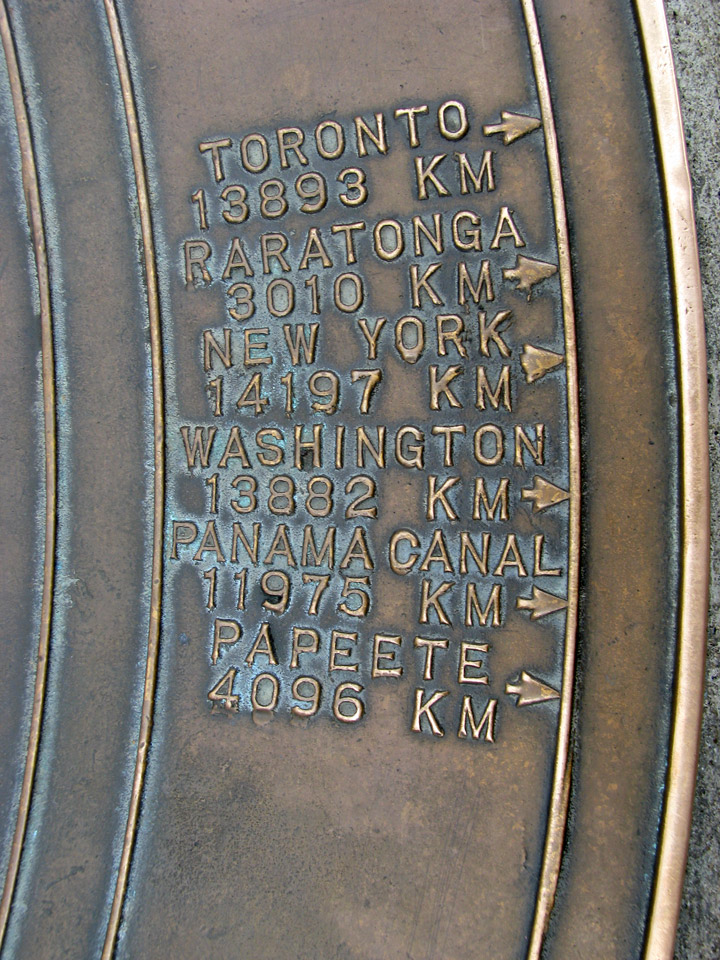 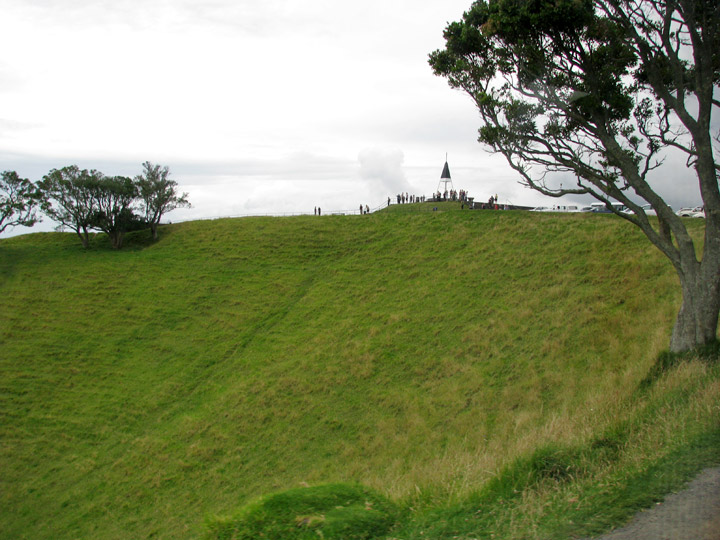 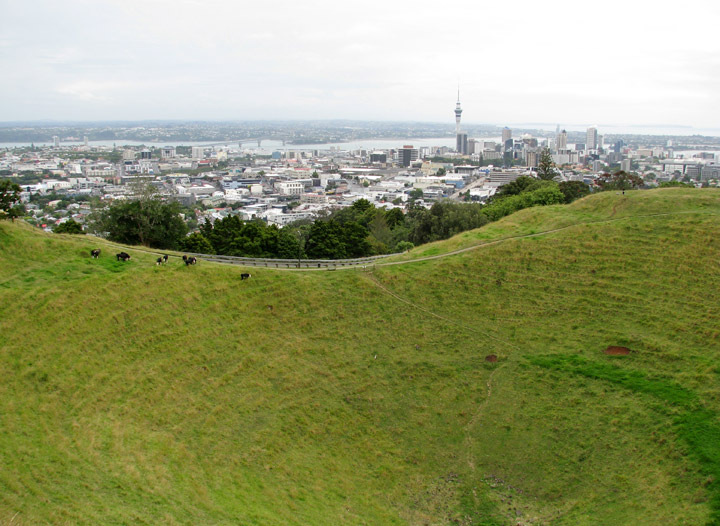 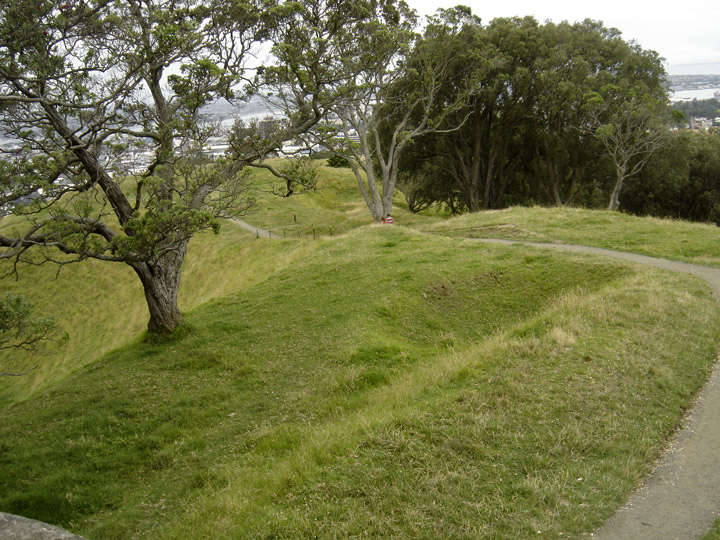 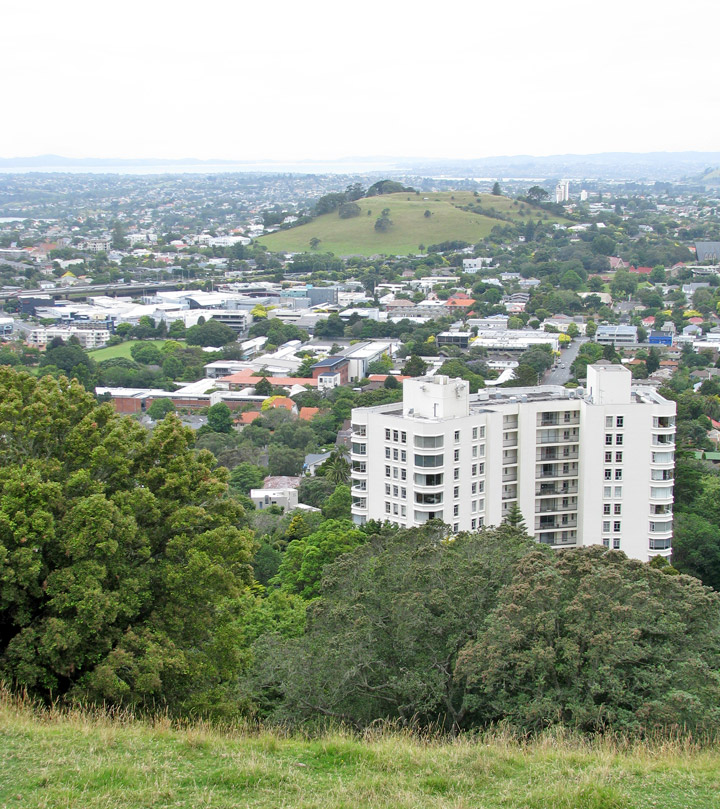 view of one of the volcano mounds 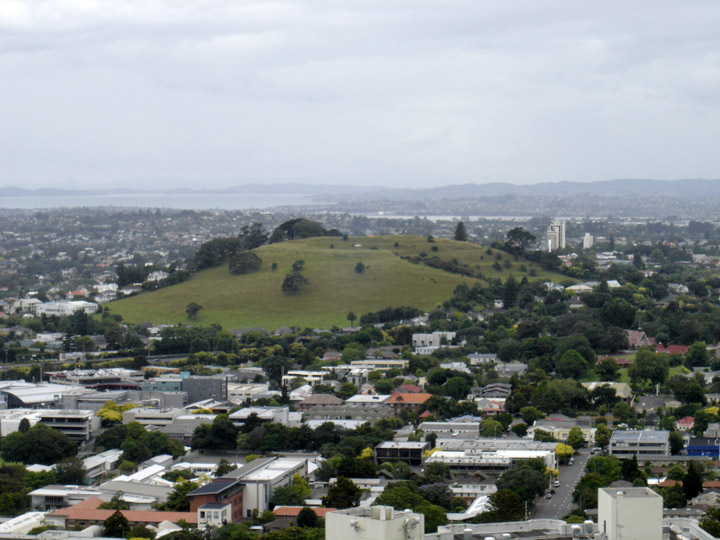