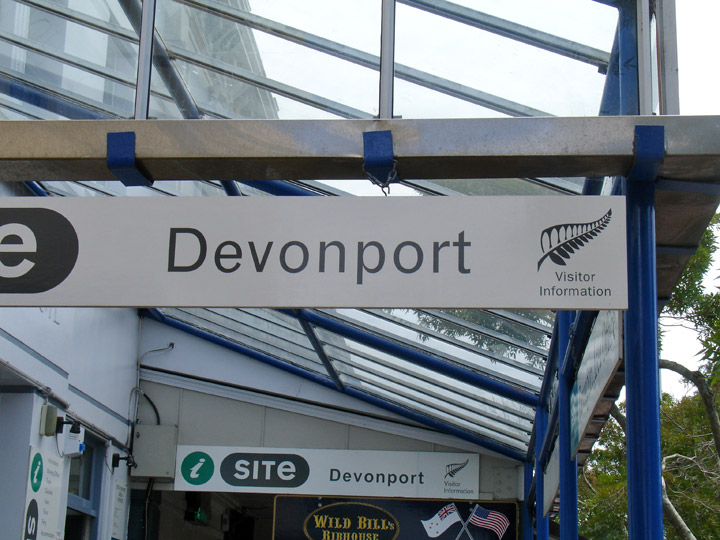 Devonport is a harbourside suburb of Auckland, New Zealand. The population of Devonport and the adjoining suburb of Cheltenham was 5,337 in the 2006 Census, an increase of 126 from 2001. With the additional suburbs of Stanley Bay, Vauxhall and Narrow Neck, the 2006 population was 11,142. It is located on the North Shore, at the southern end of a peninsula that runs southeast from near Lake Pupuke in Takapuna, forming the northern side of the Waitemata Harbour. East of Devonport lies North Head, the northern promontory guarding the mouth of the harbor. 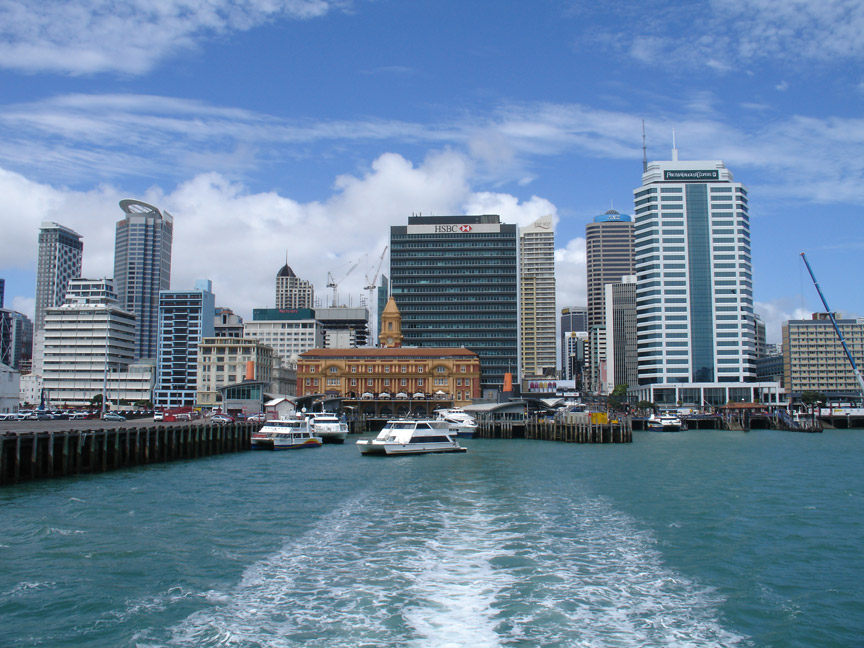 The suburb hosts the Devonport Naval Base of the Royal New Zealand Navy, the main facility for the country's naval vessels, but is best known for its harbourside dining and drinking establishments and its heritage charm. 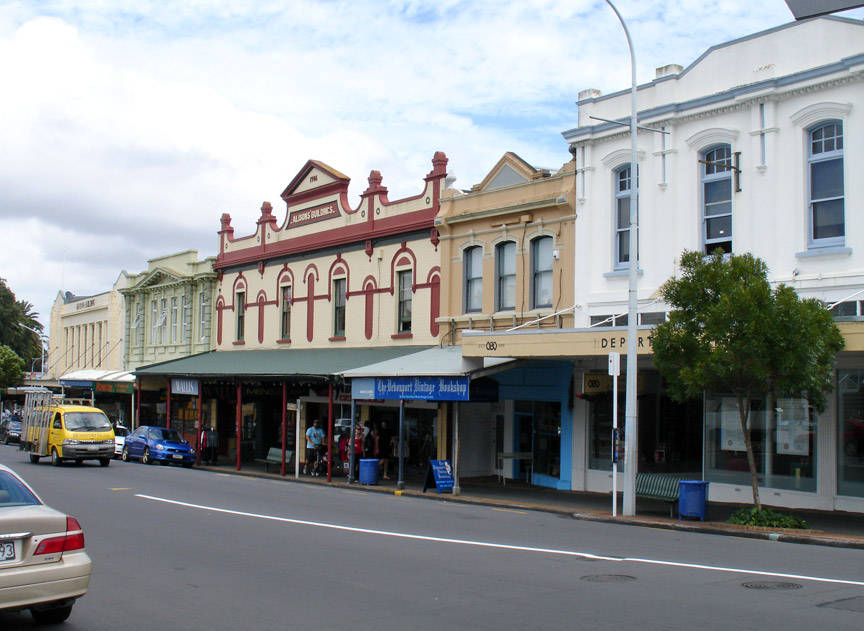 The Devonport shops contain a fair array of antiques, gift & book shops as well a number of good cafes and restaurants making it a popular destination for tourists and Aucklanders. People often travel over from Auckland on the ferry for dinner, the starry sky and glittering lights of Auckland on the return trip being very beautiful. For its shoreside feel, Devonport has also been compared in feel to Sausalito, California. 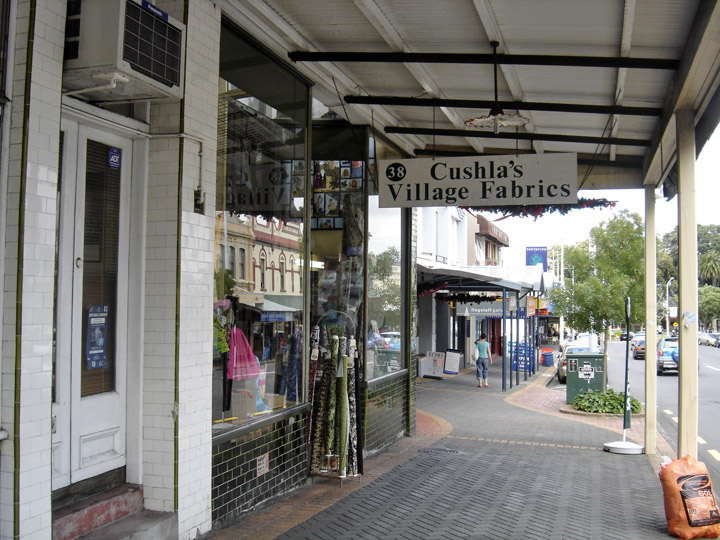 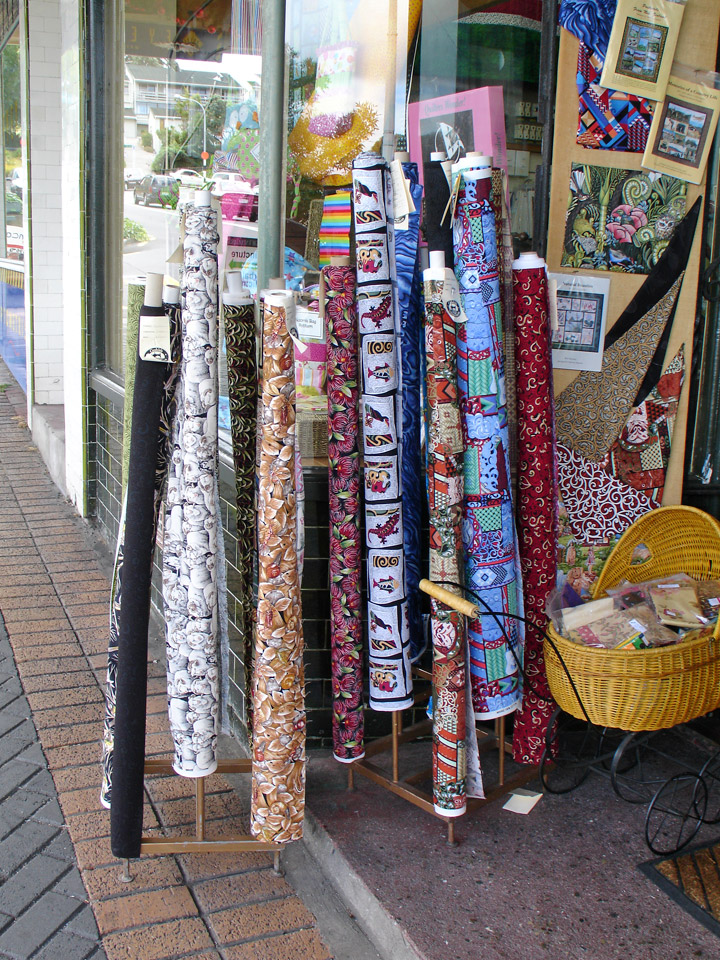 Day trips combining a meal in Devonport with a trip up Mt Victoria or an exploration of the military emplacements on nearby North Head are also very popular. Devonport is also noted for the popular annual event, the Devonport Food & Wine Festival, as well as for the Devonport Museum located near Mt. Cambria. 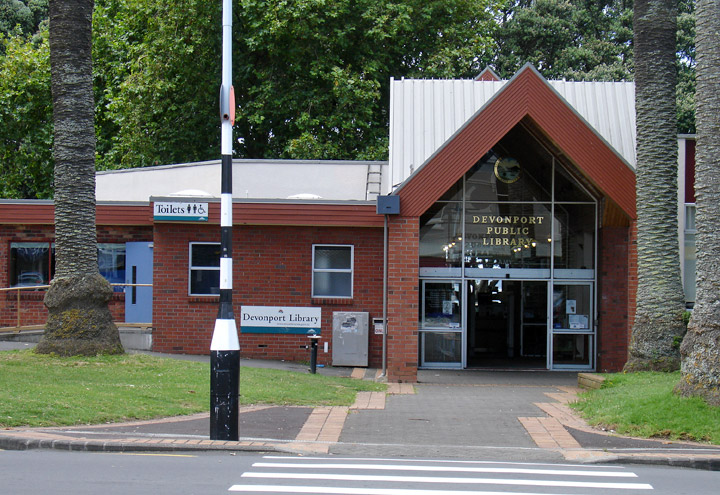 The navy base at Devonport features strongly in the local character, with the North Shore City Council having signed a Memorandum of Understanding with the Navy which recognizes the developing partnership between them. 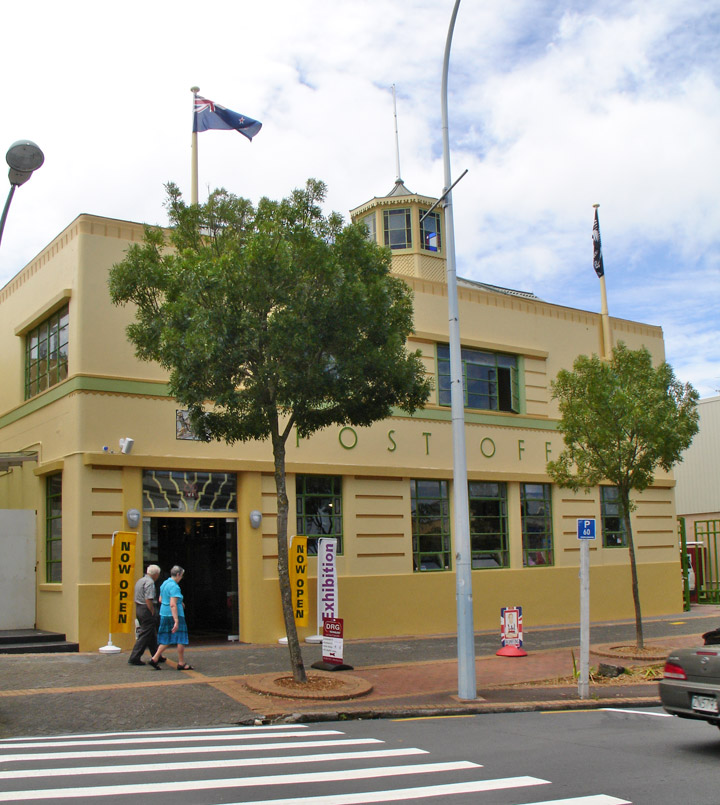 Around 40,000 years ago Devonport consisted of three islands of volcanic origin, Mount Victoria, North Head and between them Mount Cambria (now largely quarried away). 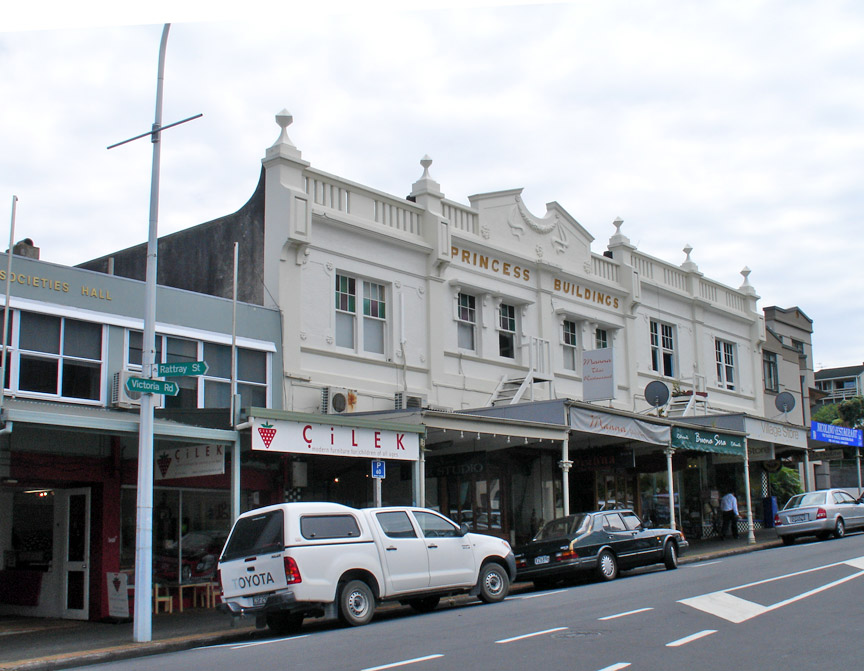 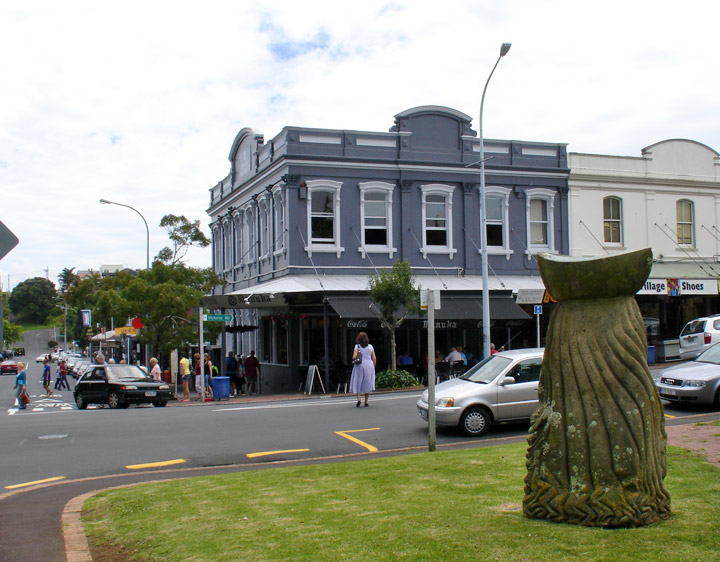 The earliest evidence for (Maori) settlement dates from the mid-1300s (roughly during the same time as the landing of the Tainui waka which is commemorated by a stone memorial on the foreshore). The last remaining significant Maori settlement in the area, on North Head, was wiped out by rival tribes in the 1790s. 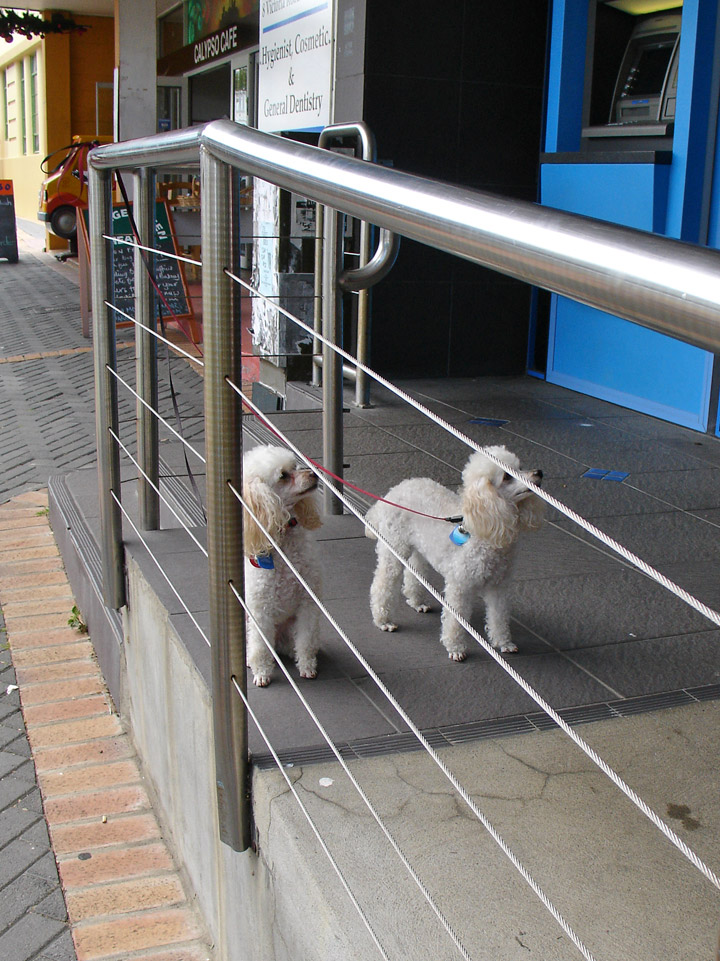 waiting for their care giver

Jules Dumont d'Urville, a French explorer, is to have gone ashore in the area in 1827, possibly as the first European. The first permanent European inhabitant was a pilot and harbour master stationed on North Head in 1836. The suburb of Devonport itself was first settled in 1840 and is one of the oldest in Auckland and the first on the North Shore. It was initially called Flagstaff because of the flagstaff raised on nearby Mount Victoria (Takarunga). For the first half century or so of its existence Devonport was geographically isolated from the rest of the North Shore, and was sometimes called "the island" by the local inhabitants. Only a thin strip of land beside the beach at Narrow Neck connected Devonport to Belmont and the rest of the North Shore peninsula. In the late 19th century the mangrove swamp that stretched from Narrow Neck to Ngataringa Bay was filled in to form a racecourse, now a golf course. A new road was built along the western edge of the racecourse allowing more direct travel to the north. 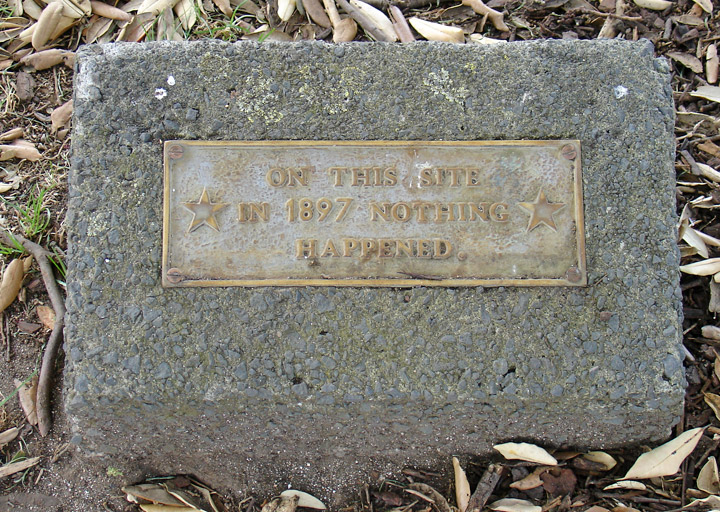 monument in the park

On the southern shore, to the west of the centre of Devonport, a nearby deep water anchorage suitable for Royal Navy vessels, the Devonport Naval Base was established. William Hobson, then the Governor of New Zealand, considered the sandspit-protected area a better choice for a naval installation than the shallower Tamaki waters on the southern side of the harbour. While some facilities have expanded and shifted in location over time, the area is still the primary base for the Royal New Zealand Navy. The Calliope Dock at Stanley Bay, part of the base, was opened on 16 February 1888 and at the time was the largest dock in the Southern hemisphere. The suburb also had one of the oldest New Zealand shipyards, now part of the Devonport Yacht Club area. 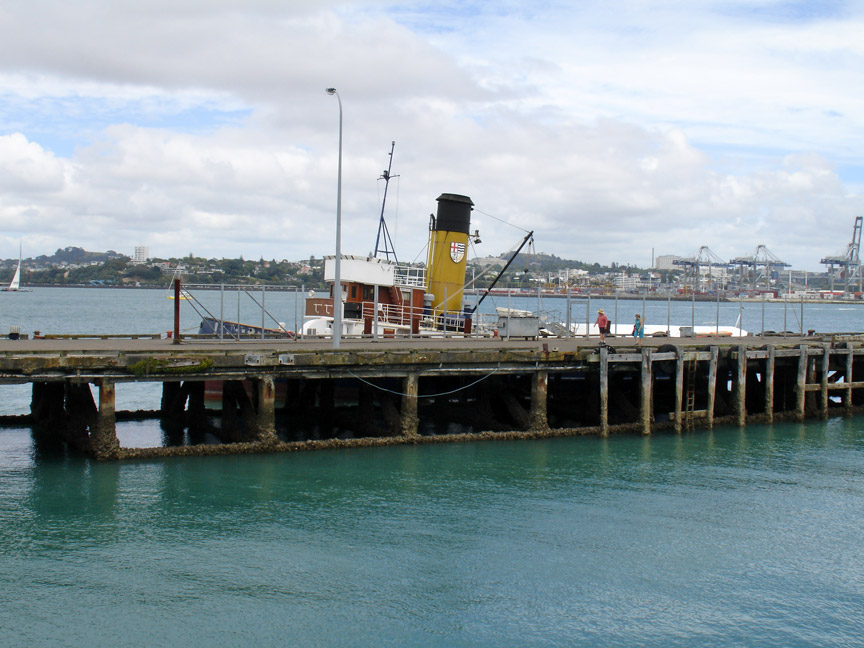 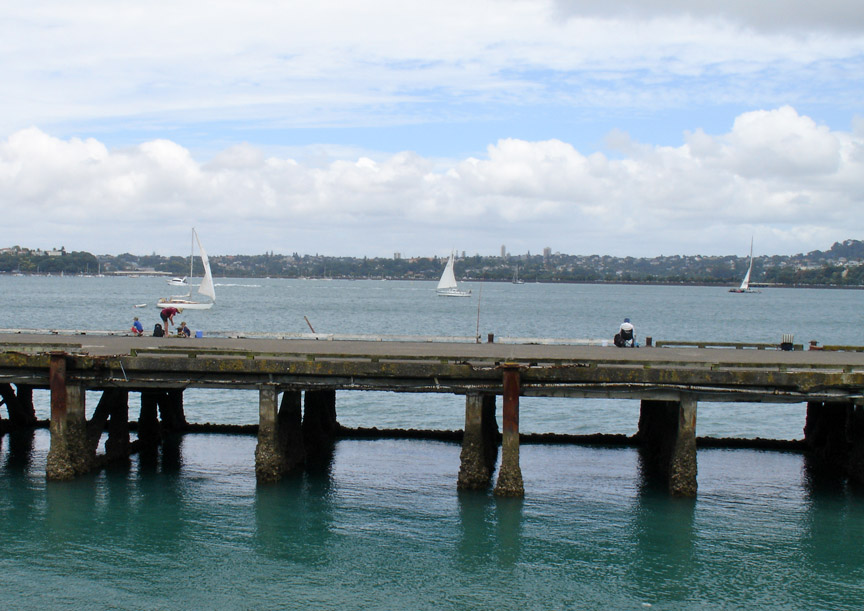 The main centre of the suburb slowly shifted west, to its current location around the ferry wharf. The settlement itself was renamed Devonport by 1859 after the English naval town of Devonport. Devonport achieved Borough status in 1886 and was incorporated into North Shore City in 1989. 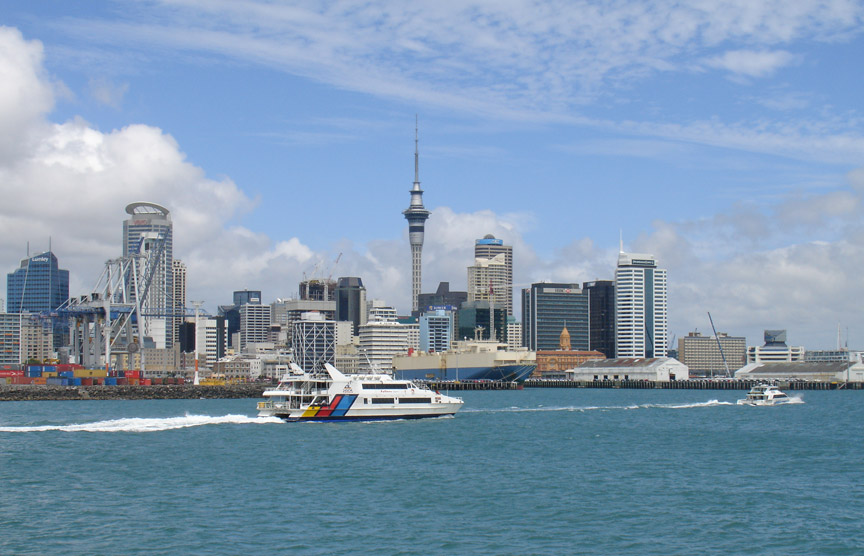 The first ferry services to Auckland city began in the 1840s These were open sailing cutters operated by local seamen running passengers to the foot of Queen Street Auckland's main road. In 1860 the first paddle steamer ferries began operation. 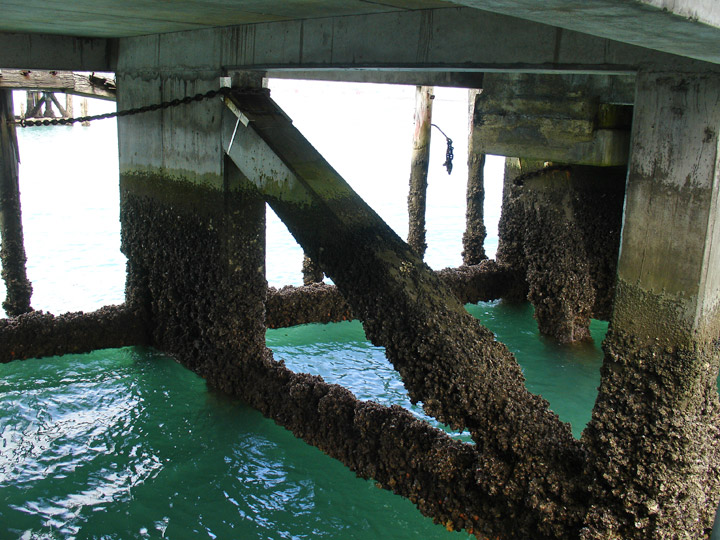 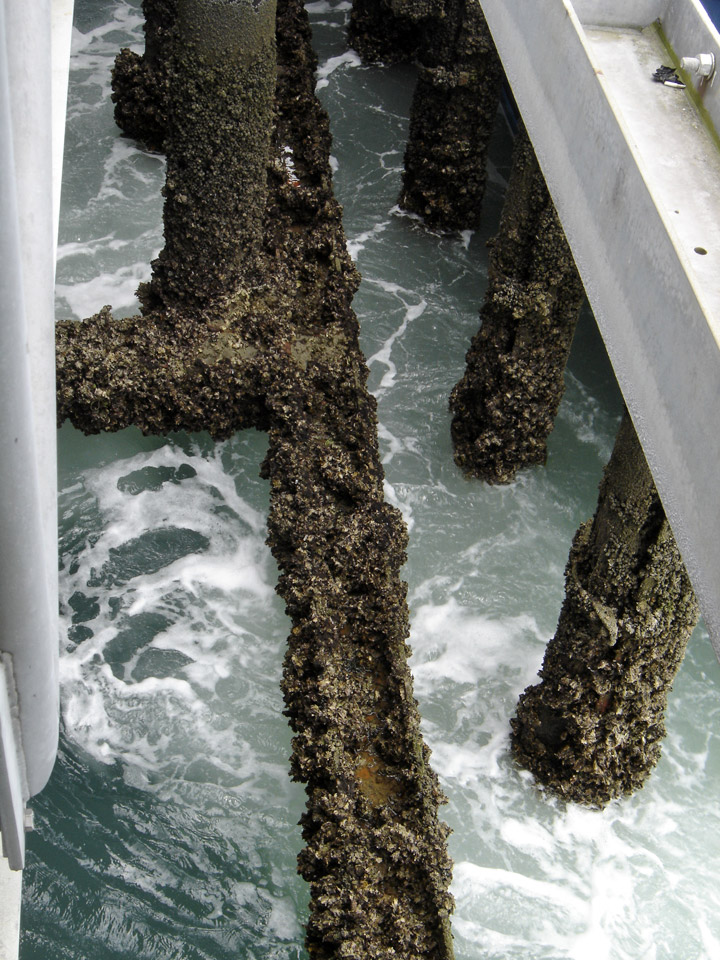 These were in turn replaced by double-ended, screw-driven ferries in 1904. Both passenger and vehicle ferries operated on the Devonport run until the opening of the Auckland Harbour Bridge in 1959. Immediately after the opening of the bridge passenger ferry services to other North Shore destinations (such as Northcote and Birkenhead) were cancelled as were all vehicular ferries. The Devonport passenger ferry was retained on a much reduced timetable. The majority of the ferries were scrapped, only a handful being retained until being replaced by more modern vessels. The last of the old-style double-ended ferries, the diesel-engined Kestrel (built in 1905), was retired from the commuter run in 1988 but still operates for cruises and sightseeing. 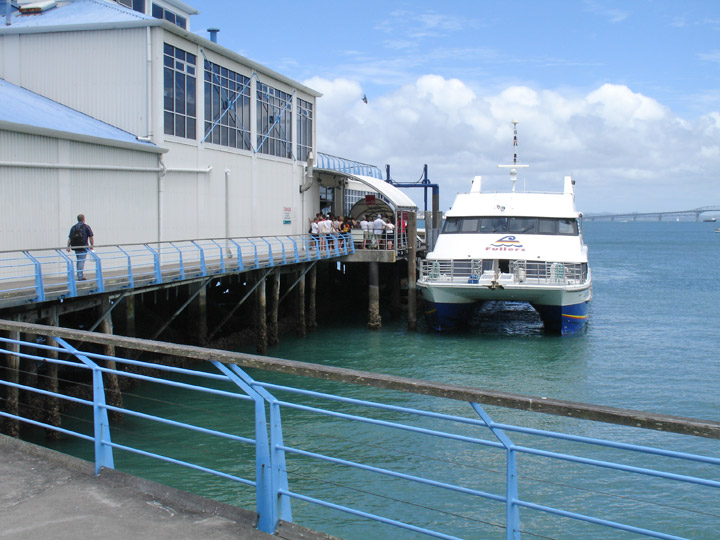 Today, ferry services, subsidized by the Auckland Regional Transport Authority, are more numerous again. A crossing between the Auckland CBD and Devonport takes about 10 minutes, usually on the 'Seabus Kea', a newer, double-ended ship purpose-built as a ferry. 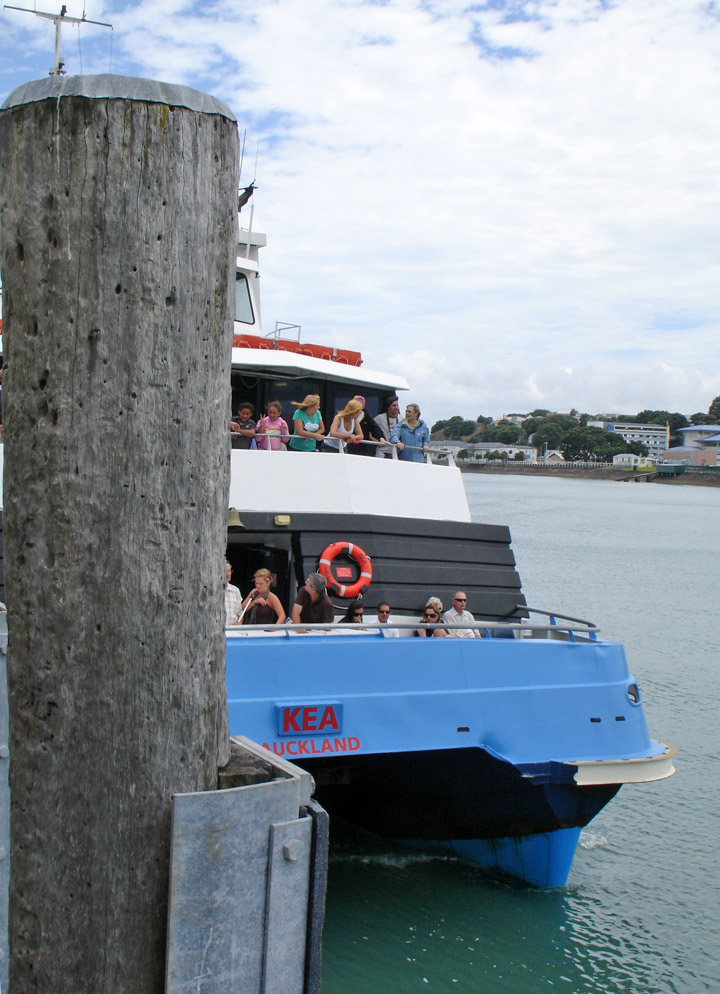 Between the wharf and Mt Victoria is located the Devonport shops, the most prominent landmarks of which are: 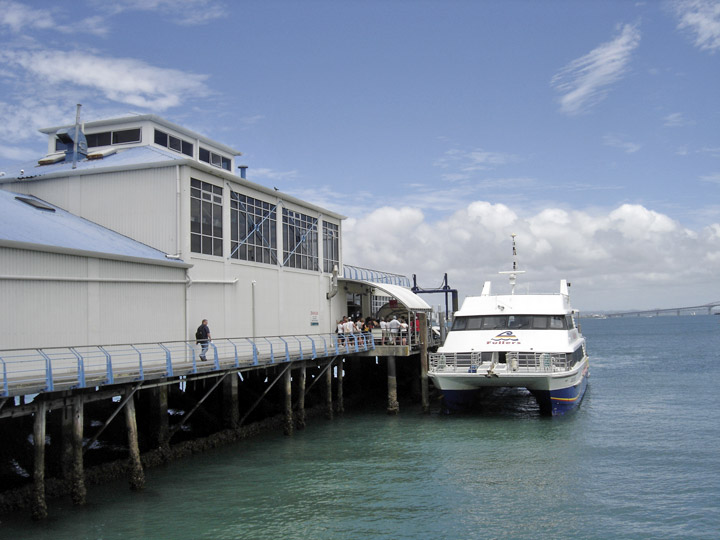 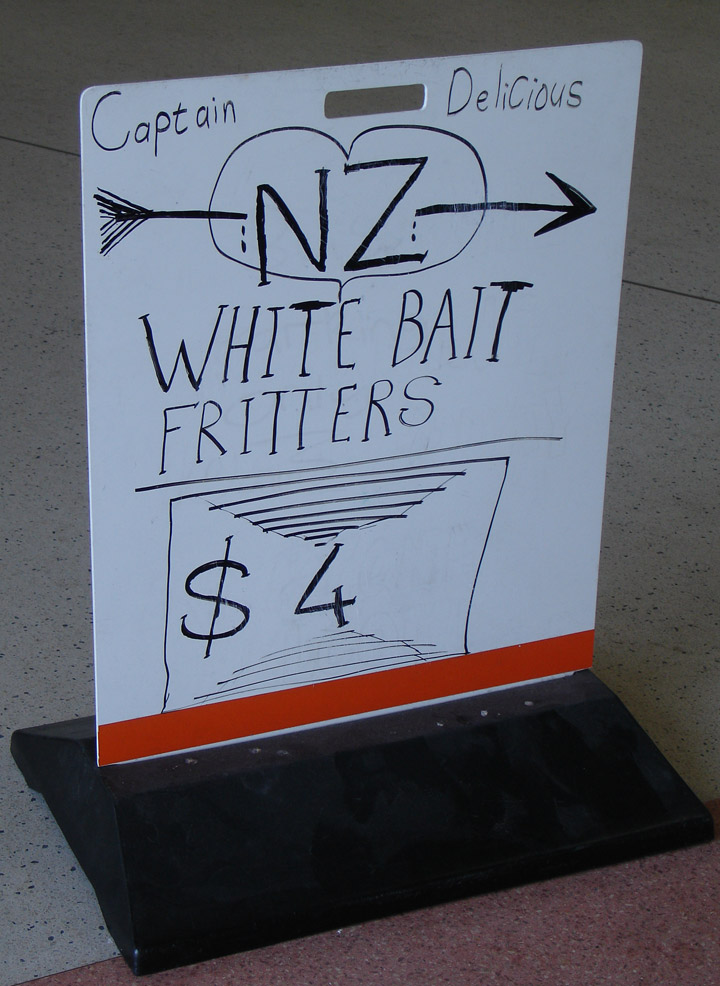 Whitebait fritters on the wharf

* The Devonport Wharf; rebuilt in the 1990s and about to be redeveloped. 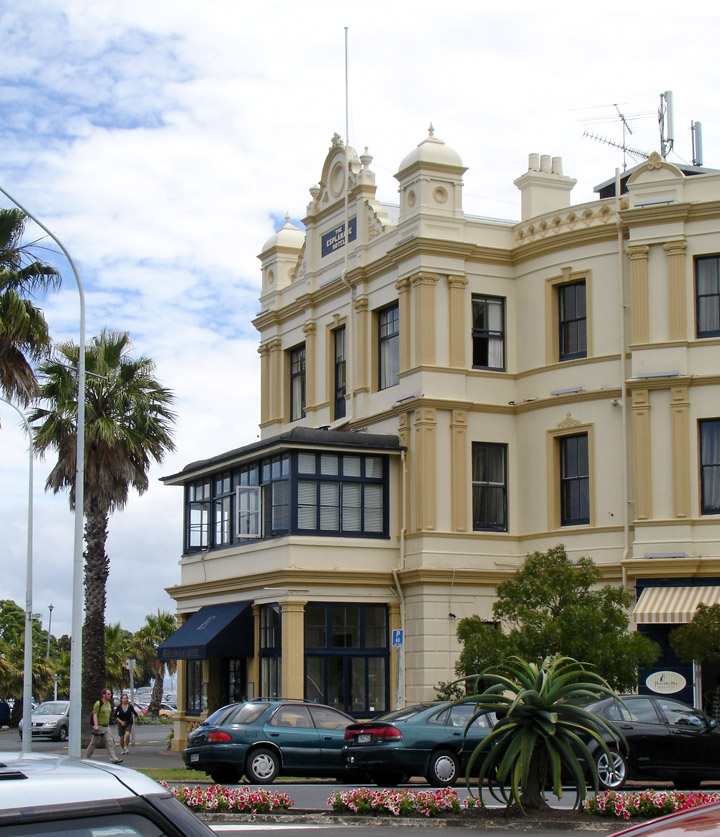 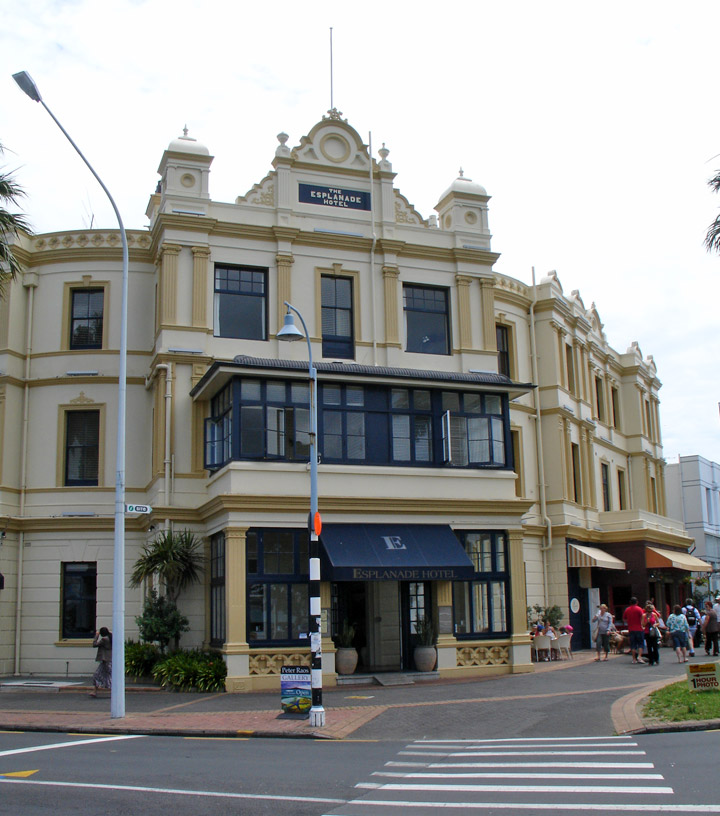 * The Esplanade Hotel; This is an elegant example of an 1890s seaside hotel, reminiscent of many an English seaside resort of the period. Recently restored. 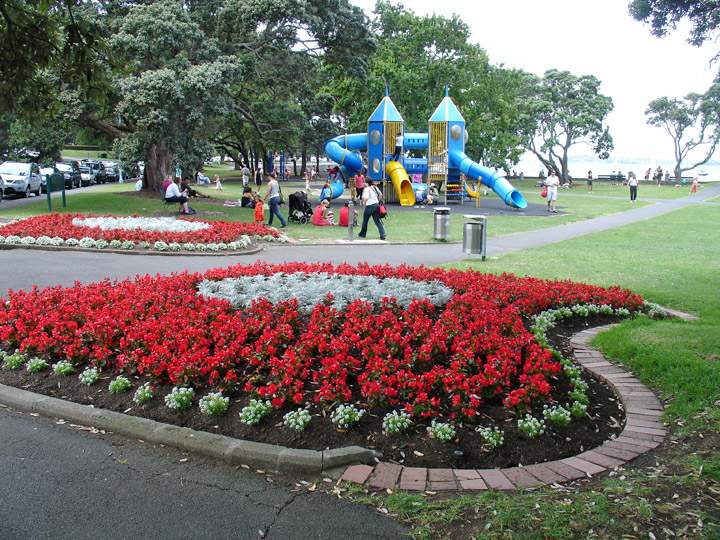 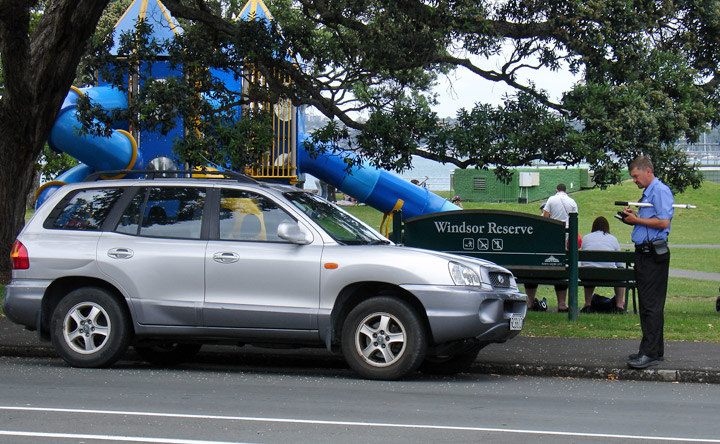 illegally parked car being ticketed at the Reserve 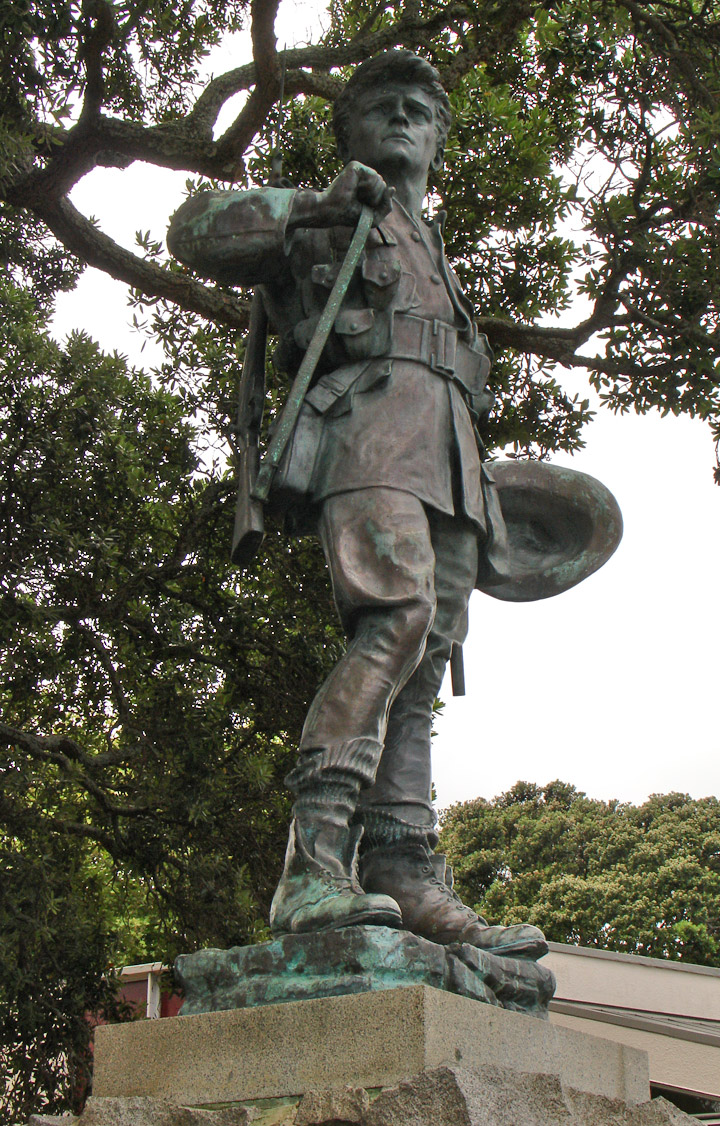 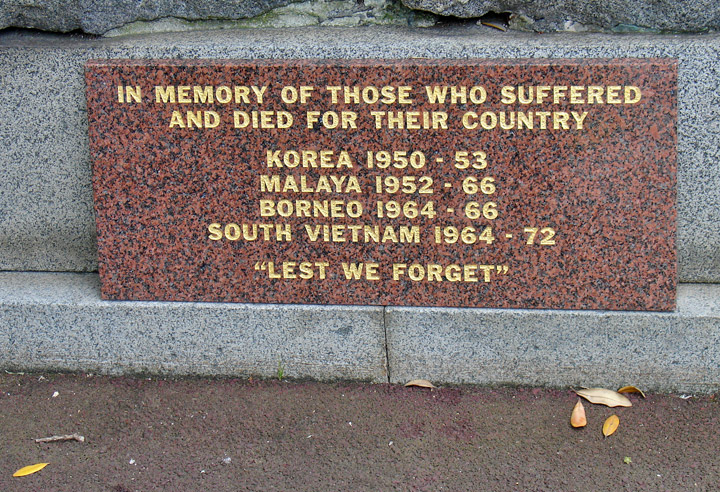 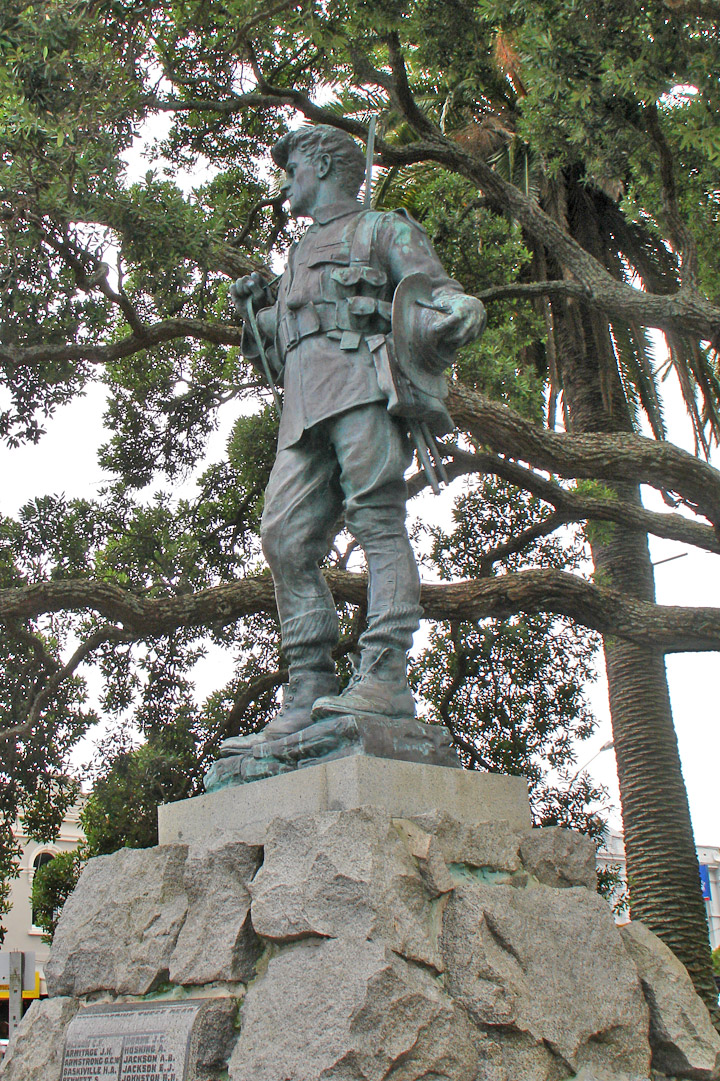 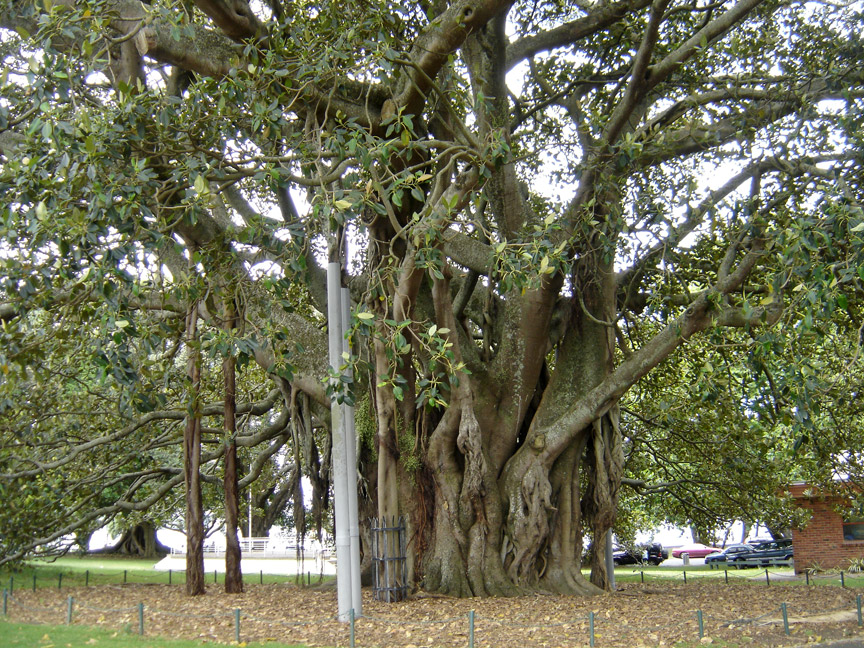 * The Victoria Cinema; Built in 1912 and remodeled in the 1930s internally and externally in the fashionable Art Deco Style, this is apparently the oldest cinema in the Southern hemisphere in continuous use but it is currently closed for renovations, having recently (2006) been purchased by the North Shore City Council on behalf of the city.
Recently, in July 2007, Devonport was given permission to be excluded from a list of local Auckland growth node centers. The Auckland Regional Council accepted that while it was encouraging intensified growth (such as higher-density housing) around transport nodes such as Devonport, the character and historical nature of the Devonport Wharf area would make such a designation inappropriate in this case 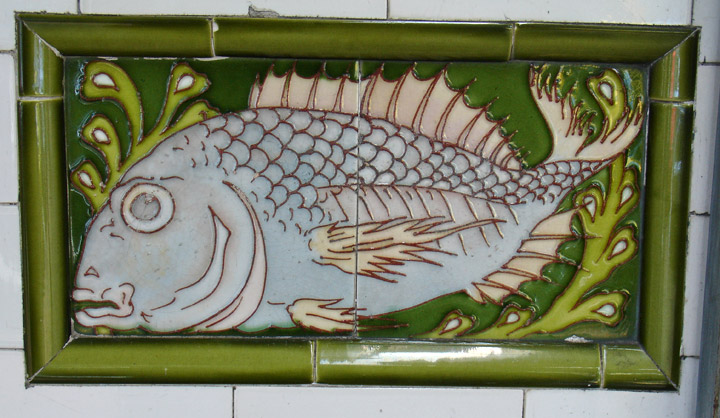