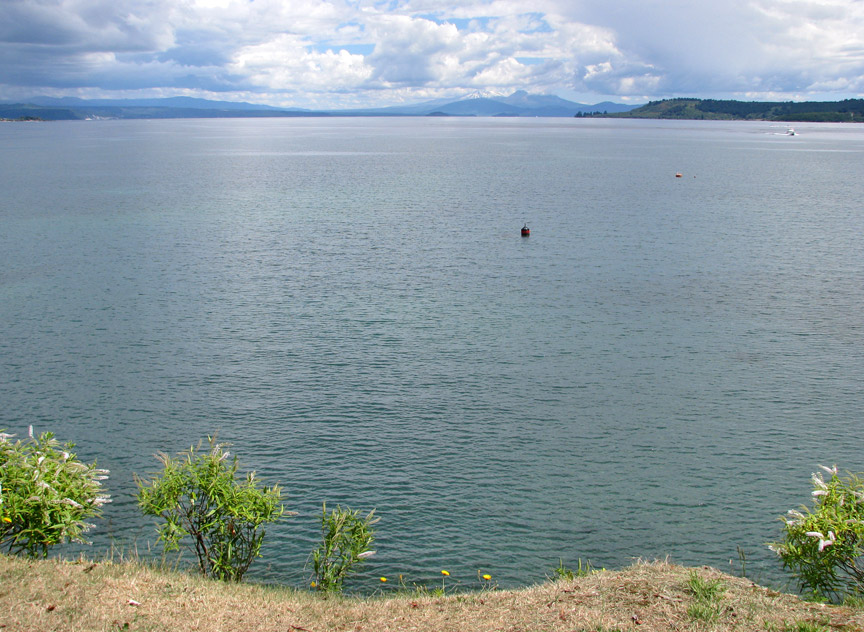 Lake Taupo is a lake situated in the North Island of New Zealand. It has a perimeter of approximately 193 kilometers, a deepest point of 186 meters and a surface area of 616 square kilometers. The largest lake by surface area in the country, it is drained by the Waikato River, while its main tributaries are the Waitahanui River, the Tongariro River, and the Tauranga-Taupo River. It is a noted trout fishery with stocks of introduced brown trout and rainbow trout.

The lake lies in a caldera created following a huge volcanic eruption approximately 26,500 years ago. According to geological records, the volcano has erupted 28 times in the last 27,000 years. It has predominantly erupted rhyolitic lava although Mount Tauhara formed from dacitic lava. 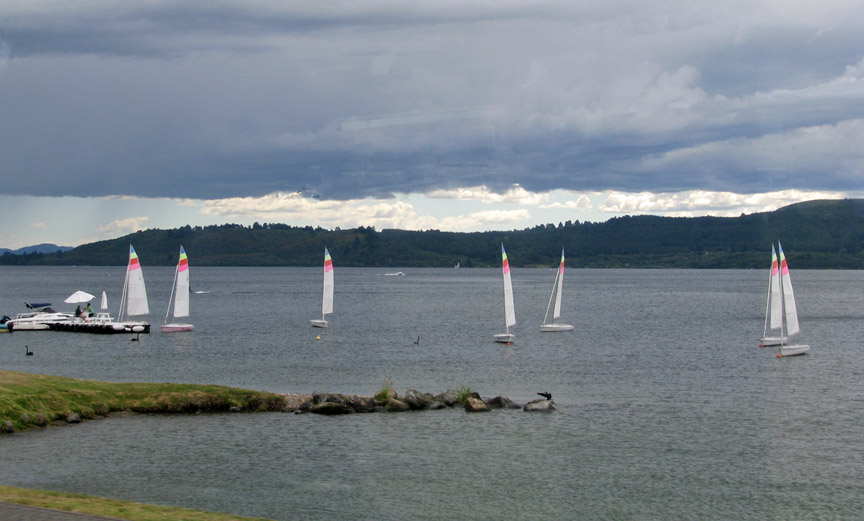 The largest eruption, known as the Oruanui eruption, ejected an estimated 1,170 cubic kilometers of material and caused several hundred square kilometres of surrounding land to collapse and form the caldera. The caldera later filled with water, eventually overflowing to cause a huge outwash flood. 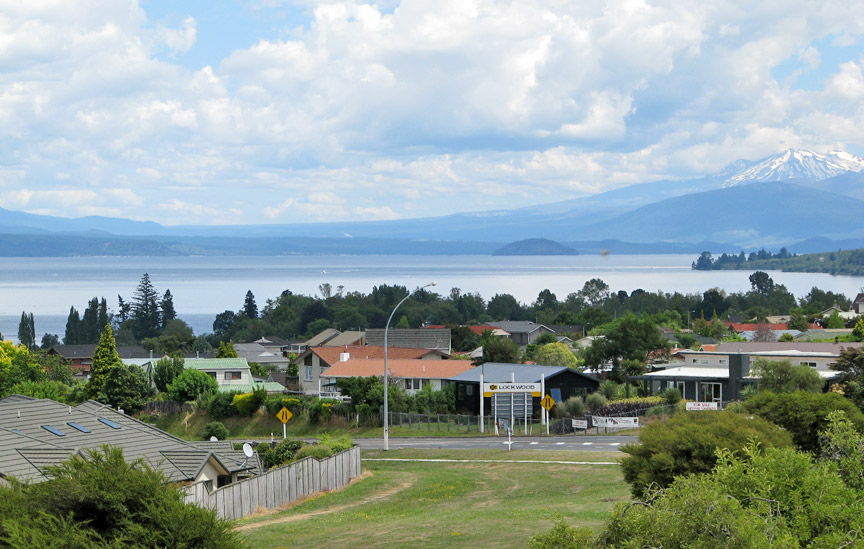 Several later eruptions occurred over the millennia before the most recent major eruption, which occurred in 180 CE. Known as the Hatepe eruption, it is believed to have ejected 100 cubic kilometres of material, of which 30 cubic kilometres was ejected in the space of a few minutes. This was one of the most violent eruptions in the last 5,000 years (alongside the Tianchi eruption of Baekdu at around 1000 and the 1815 eruption of Tambora), with a Volcanic Explosivity Index rating of 7. The eruption column was twice as high as the eruption column from Mount St. Helens in 1980, and the ash turned the sky red over Rome and China. The eruption devastated much of the North Island and further expanded the lake. The area was uninhabited by humans at the time of the eruption, since New Zealand was not settled by the Māori until several centuries later at the earliest. Taupo's last known eruption occurred around 210 CE, with lava dome extrusion forming the Horomatangi Reefs, but that eruption was much smaller than the 180 CE eruption. 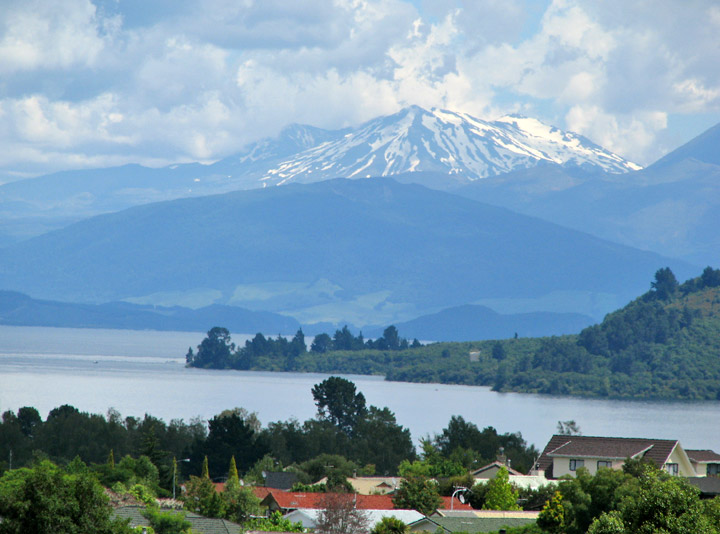 The 180 eruption was one of the largest in recorded history. The skies and sunsets formed from this eruption were noted by Roman and Chinese observers. Any possible climatic effects of the eruption would have been concentrated on the southern hemisphere due to the southerly position of Lake Taupo. 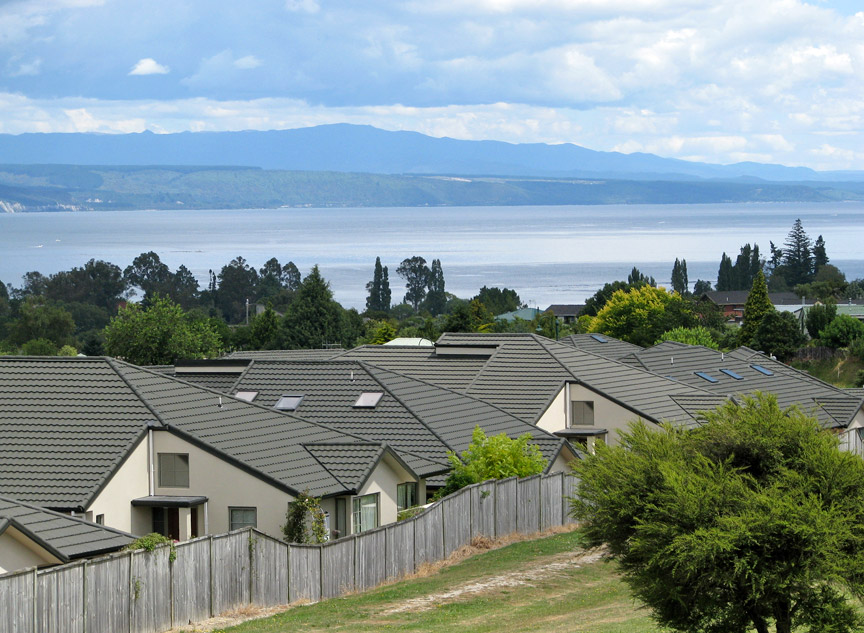 Underwater hydrothermal activity continues near the Horomatangi vent, and the volcano is currently considered to be dormant rather than extinct.