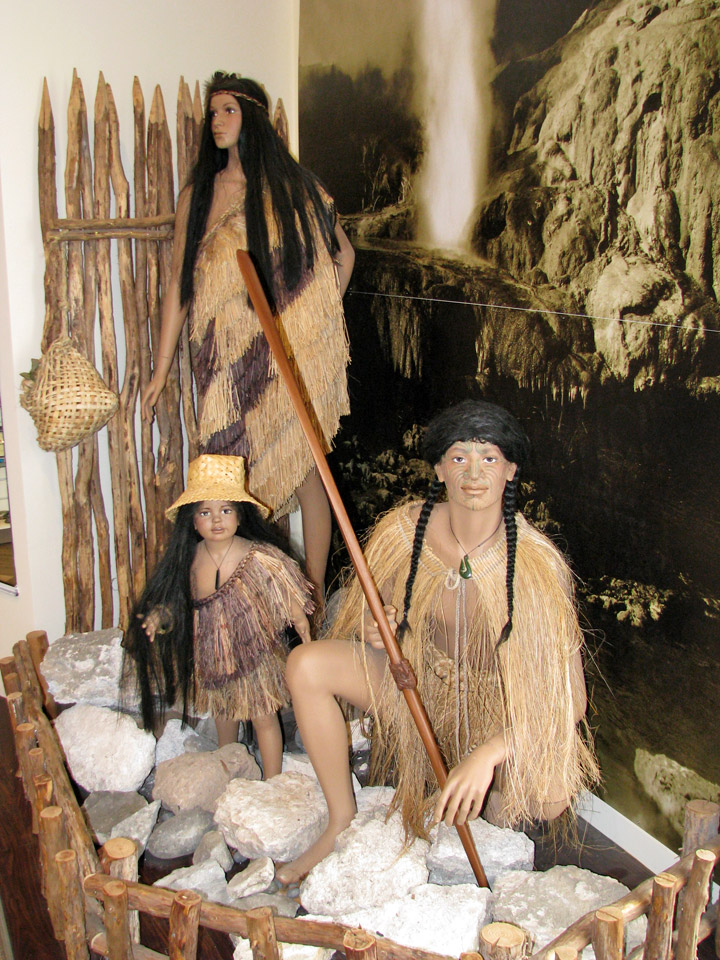 Māori culture is the culture of the Māori of New Zealand, and Eastern Polynesian people, and forms a distinctive part of New Zealand culture. 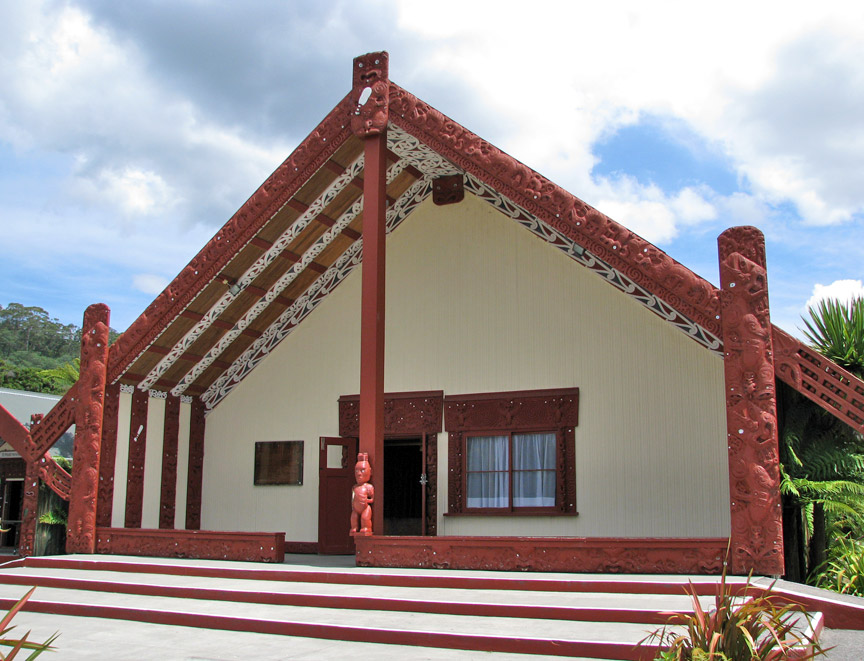 The East Polynesian ancestors of the Māori were hunters, fishermen, and gardeners. After arriving in New Zealand, Māori had to rapidly adapt their material culture and agricultural practices to suit the climate of their new land - cold and harsh in comparison to tropical island Polynesia. Great ingenuity was required to grow the tropical plants they had brought with them from Polynesia, including taro, kumara, gourds, and yams; this was especially difficult in the chillier southern parts of the country. The harakeke (flax plant) served as a replacement for coconut fronds and hibiscus fibre in the manufacture of mats, baskets, rope, fishing nets and clothing. 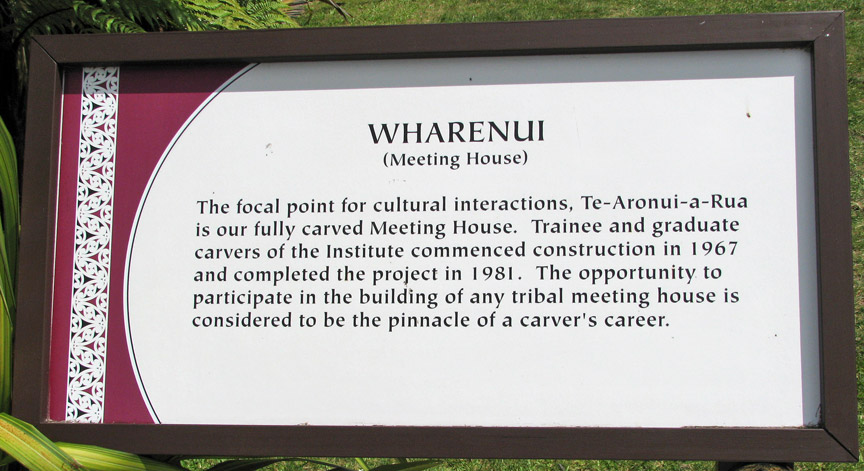 Seasonal activities included gardening, fishing and the hunting of birds. Main tasks were separated for men and women, but there were also a lot of group activities involving food gathering and food cultivation, and warfare. Art was and is a prominent part of the culture as seen in the carving of houses, canoes, weapons, and other items. The people also wore highly decorative personal ornaments, and people of rank often had their skin marked with extensive tā moko similar to tattooing. 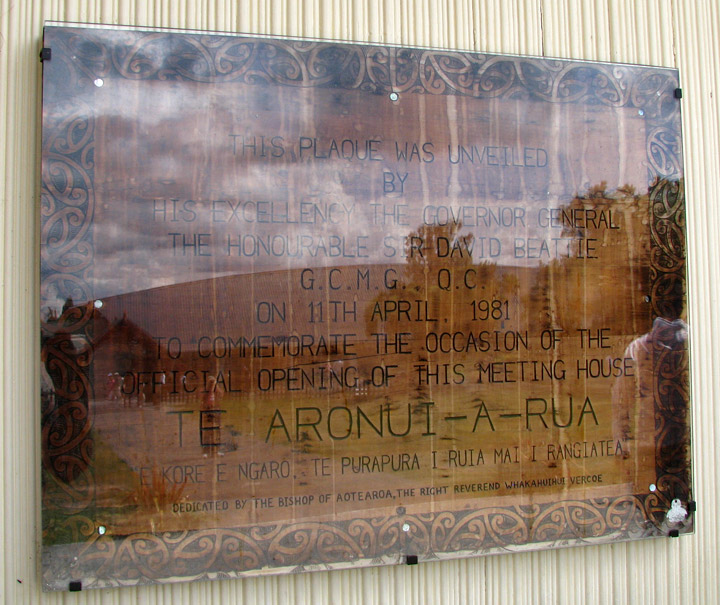 With the growth of tourism and exposure of haka to international audiences on TV and at sporting competitions, Māori culture that was previously observed only in Māori society and social gatherings with a significant Māori aspect, is increasingly seen as fundamental to New Zealand culture as a whole. 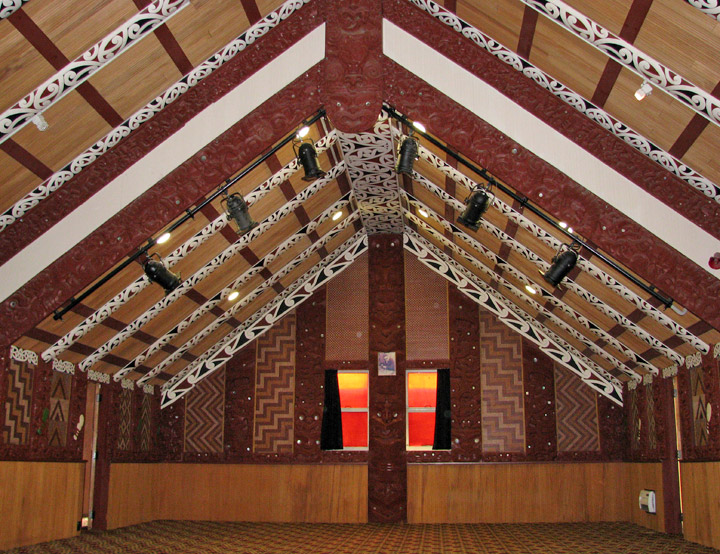 The most appropriate venue for any Māori cultural event is a marae, an enclosed area of land where a wharenui or meeting house (literally "big house") stands. A marae is the spiritual home of a person who is culturally Māori. Any place appropriate to an occasion can, however, be used. Generally the Māori language is spoken, though translations and explanations are provided when the primary participants are not Māori speakers. Increasingly, New Zealand schools and universities have their own marae to facilitate the teaching of Māori language and culture. 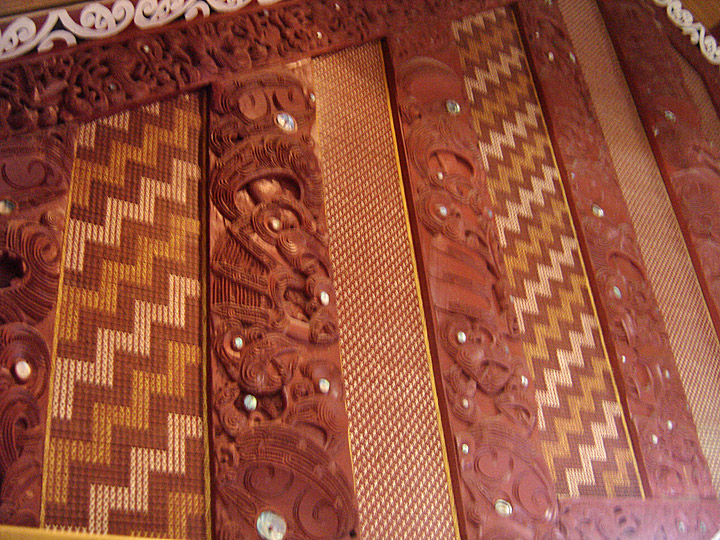 The marae is a communal ceremonial centre where meetings and ceremonies take place in accordance with traditional protocols. The marae symbolises group unity and generally consists of an open grassed area in front of a large carved meeting house, along with a dining hall and other facilities necessary to provide a comfortable stay for visiting groups. On the marae official functions take place including formal welcomes, celebrations, weddings, christenings, tribal reunions, and tangihanga (funerals). The older people have the authority on the marae, and they impart to the young people traditions and cultural practices including legends, songs or the arts of weaving or carving. 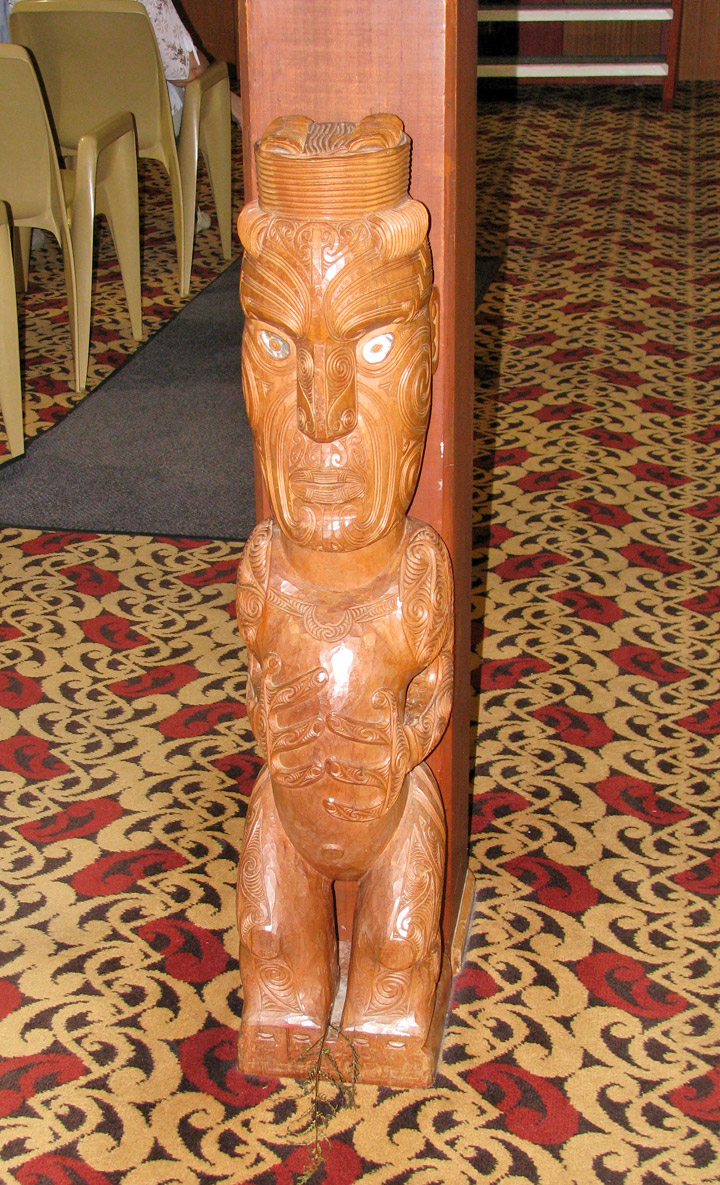 Locals and visitors have to respect certain rules, especially during the rituals of encounter. This is when the phrase tāngata whenua (people of the land) comes into play. Should a group of people come to stay on a marae, they are considered manuhiri (guests) while the owners of the marae are known as tāngata whenua. Should other groups of manuhiri arrive, the manuhiri who arrived previously - regardless of their race - are considered tāngata whenua for the purposes of formally welcoming the new group. When Māori refer to themselves as tāngata whenua this is not done solely to emphasise their indigenous status, as is often assumed, because the connotation in Māori of the phrase is one not of separation but rather of welcome and inclusion.n. 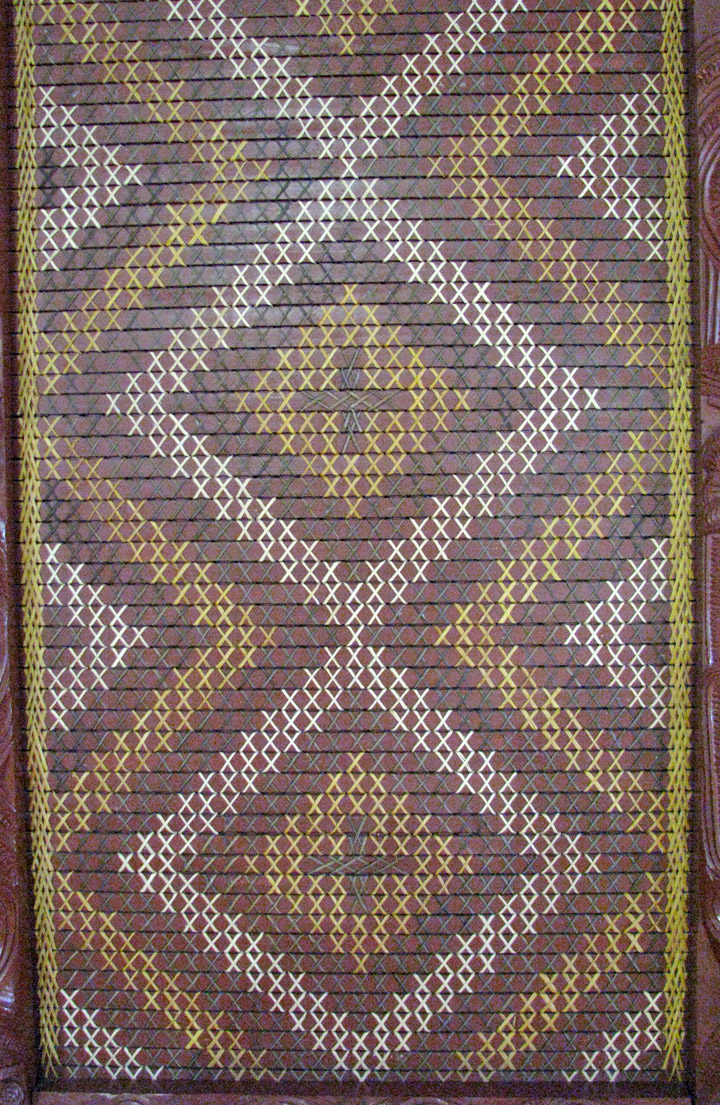 Although marae have modern cooking facilities, the hāngi, a traditional way of cooking food in Polynesia, is still used to provide meals for large groups because the food it produces is considered flavourful. The hāngi consists of a shallow hole dug in the ground. A fire is prepared in the hole and stones are placed on the top of it. When the stones are hot the hāngi is prepared for cooking by leaving the hot stones and some of the coals at the bottom of the hole. The food is placed on top of the stones, the meat first, with the vegetables, such as kumara and potatoes, on top of it. The hāngi is then covered with leaves or mats woven out of flax (or wet sacks) and left to cook. Finally, soil is heaped over the hāngi to keep the heat in. 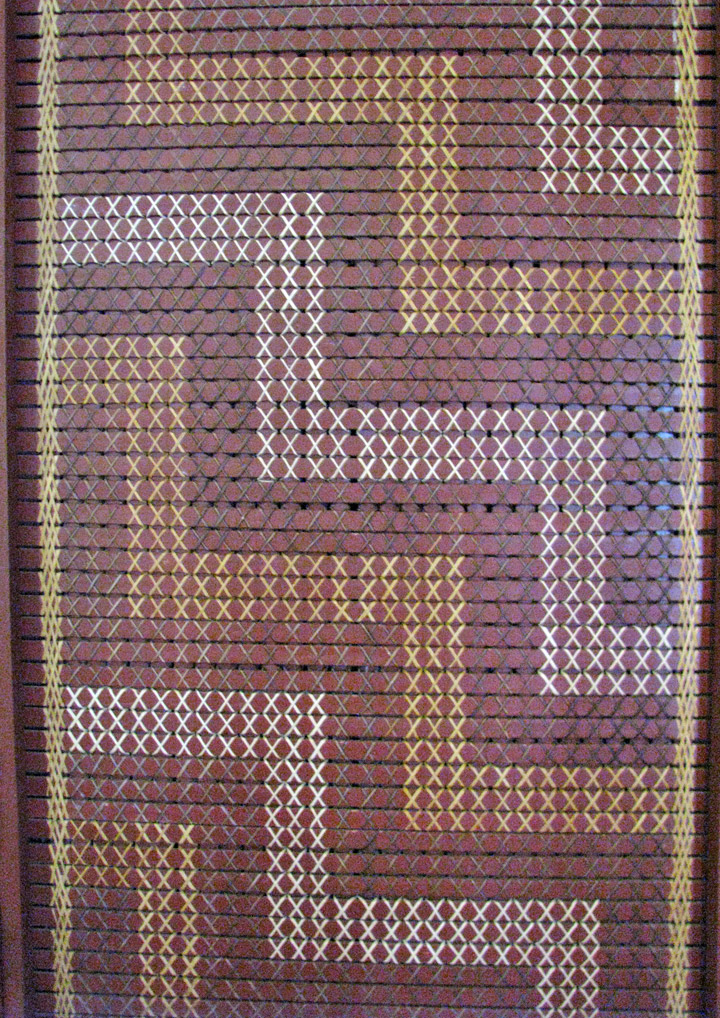 The history of individual tribal groups is kept by means of narratives, songs and chants, hence the importance of music, story and poetry. Oratory, the making of speeches, is especially important in the rituals of encounter, and it is regarded as important for a speaker to include allusions to traditional narrative and to a complex system of proverbial sayings, called whakataukī. 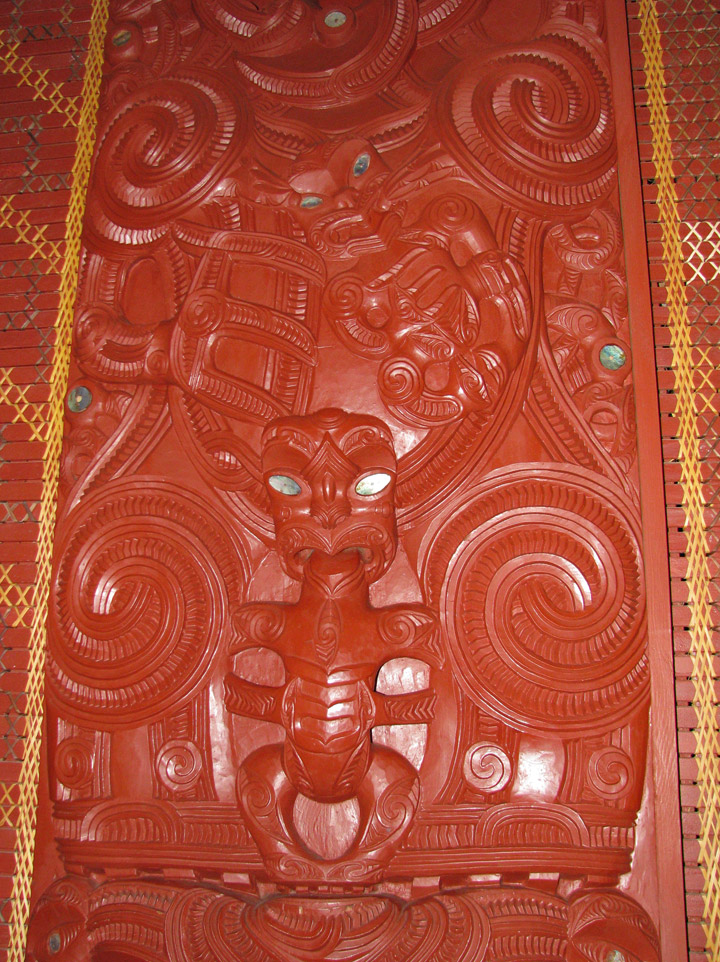 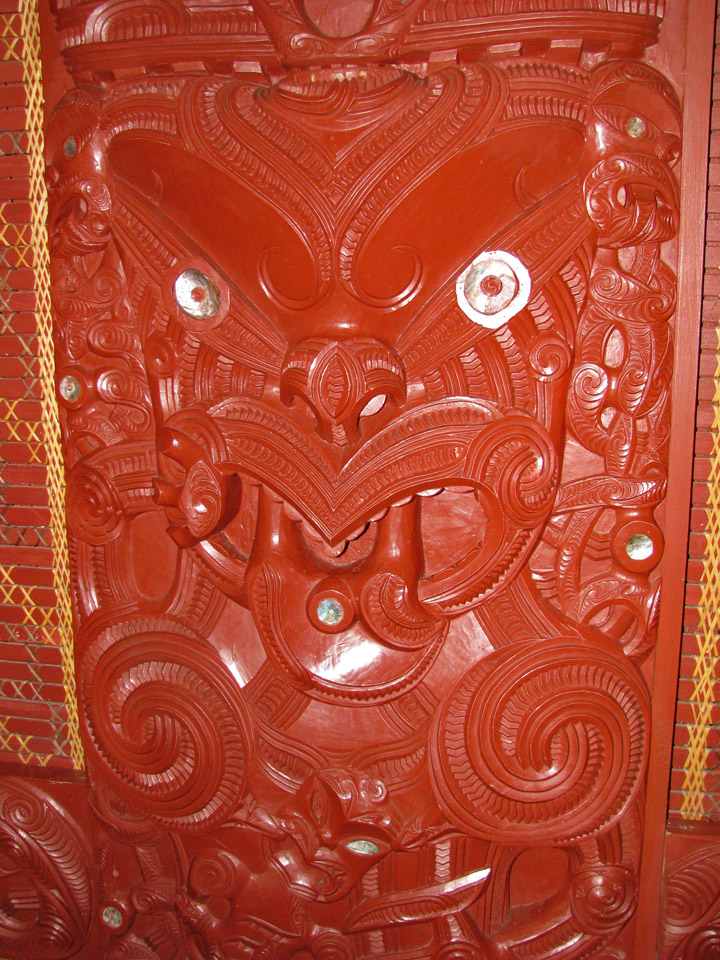 * The hui or meeting, usually on a marae. It begins with a pōwhiri or welcome. If a visitor is noteworthy, he or she may be welcomed with an aggressive challenge by a warrior armed with a taiaha (traditional fighting staff), who then offers a token of peace, such as a fern frond, to the visitor. Acceptance of the token in the face of such aggression is a demonstration of the courage and mana (charisma) of the visitor. The pōwhiri is highly structured, with speeches from both hosts and guests following a traditional format, their sequence dictated by the kawa (protocol) of that place, and followed by waiata, songs. Hui are held for business, for festivities or for rites of passage such as baptism, marriage and death.

* The haka - an action chant, often described as a "war dance", but more a chant with hand gestures and foot stamping, originally performed by warriors before a battle, proclaiming their strength and prowess and abusing the opposition. Now regularly performed by New Zealand representative rugby and rugby league teams before a game begins. There are many different haka though one, "Ka mate" by Te Rauparaha, is much more widely known than any other.

* Kapa haka (haka groups) often come together to practice and perform cultural items such as waiata or songs, especially action songs, and haka for entertainment. Poi dances may also form part of the repertoire. Traditional instruments sometime accompany the group, though the guitar is also commonly used. Many New Zealand schools now have a kapa haka as part of the Māori studies curriculum. Today, national kapa haka competitions are held where groups are judged to find the best performers; these draw large crowds. (The common expression "kapa haka group" is strictly speaking, a tautology.)

* Koha are gifts to the hosts, often of food or traditional items, though money is most commonly used today. The essence of koha is that it is voluntary and comes from the heart, so to specify the amount is contrary to its spirit. Recipients rely on the donors' aroha (empathy), manaakitanga (cherishing) and wairua (spirit) to ensure that it is enough. Thanks for koha are accordingly warm. 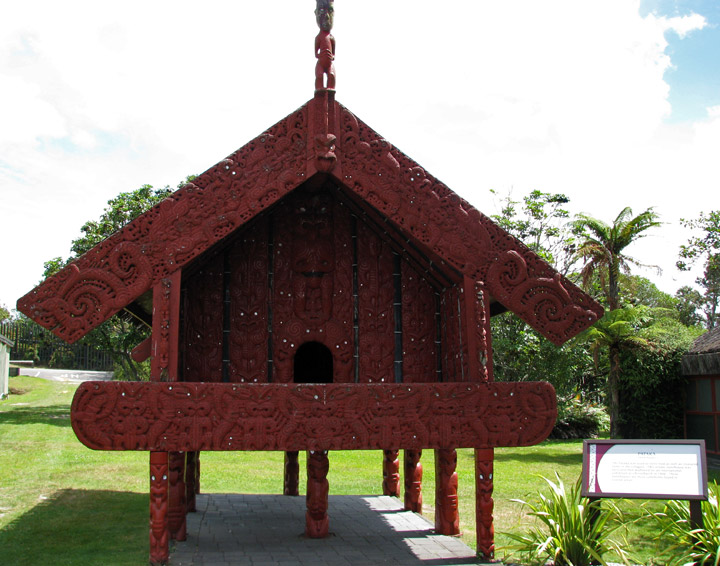 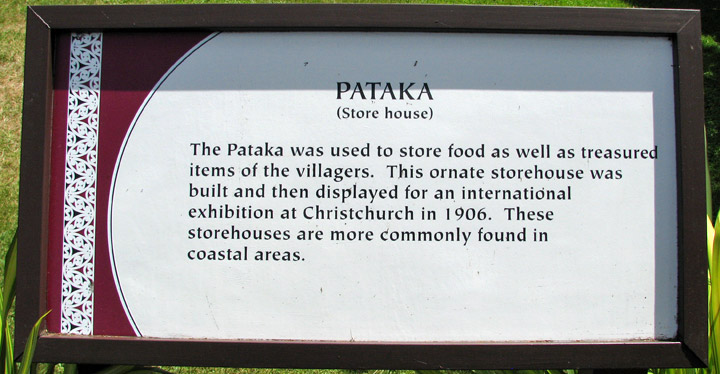 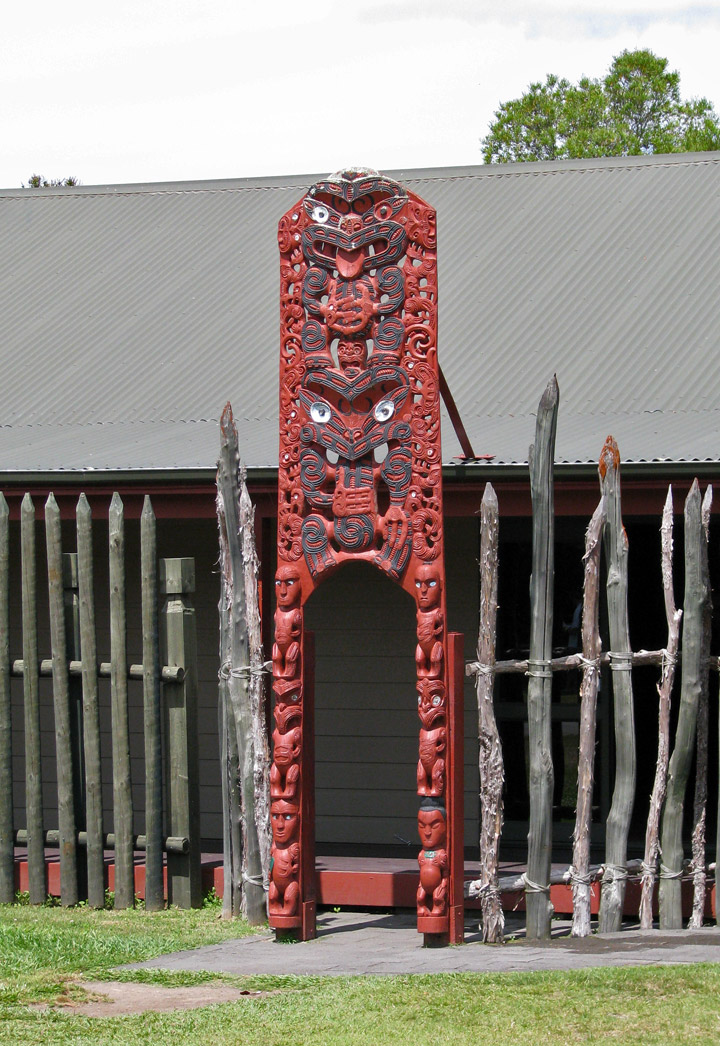 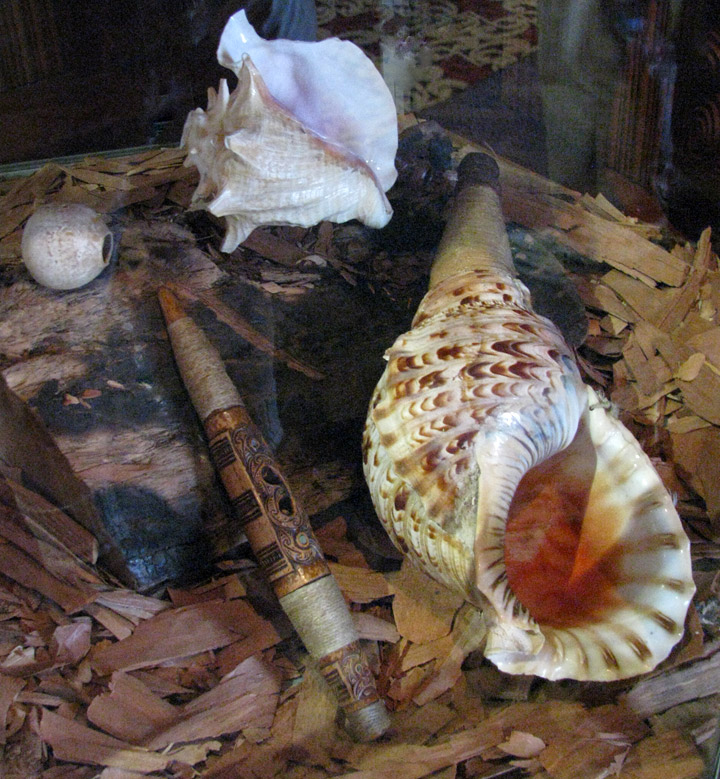 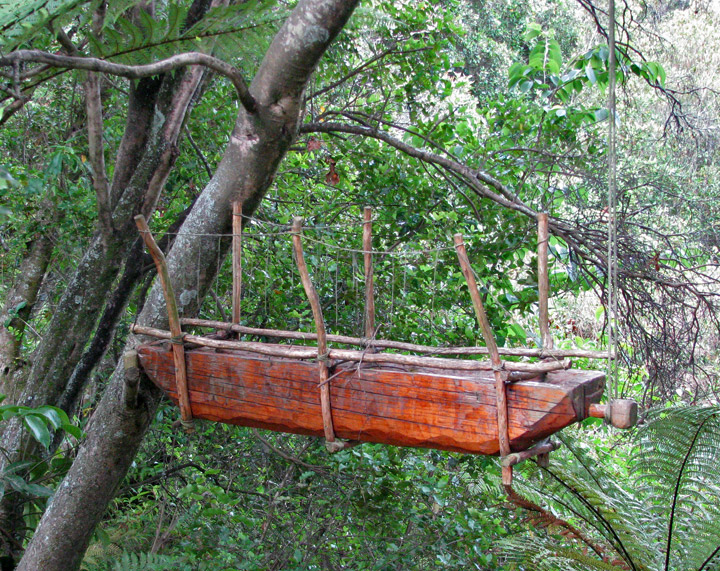 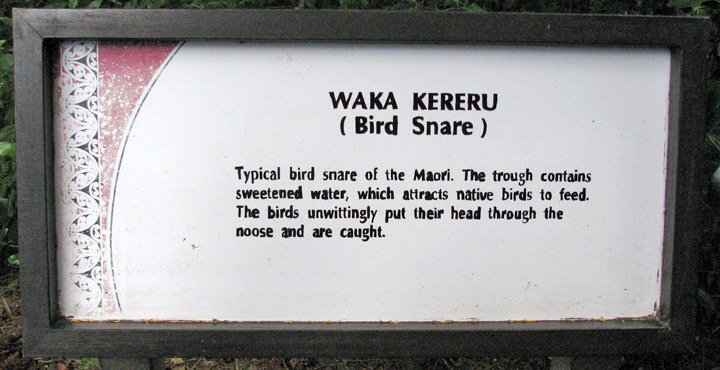