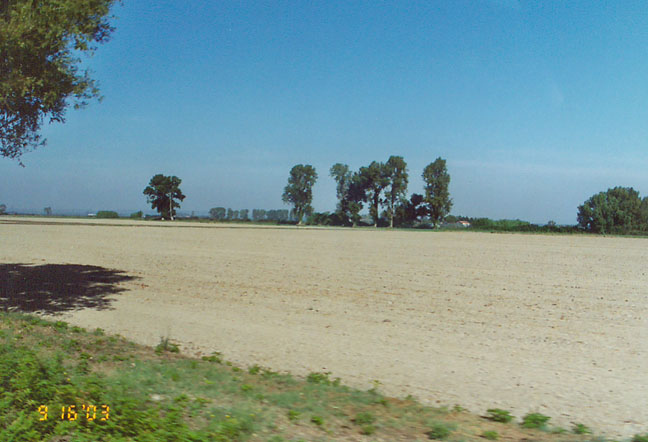 the fields of Camargue

Rhône (river), river of southeastern France, with a length of 813 km (505 mi). The principal river of the region, it rises in the Rhône Glacier in the Swiss Alps and flows generally southwest across southern Switzerland, entering the eastern end of Lake Geneva near Montreux, and leaving the western end of the lake at Geneva. It then follows a twisting course through the Jura Mountains of eastern France. At Lyon, where it is joined by the Saône River, the Rhône turns south and flows to the Gulf of Lion in the Mediterranean Sea. On this last section of its course the river flows through a valley that separates the uplands of the Massif Central on the west from the French Alps on the east. It forms a marshy delta at its mouth, part of which is known as the Camargue. 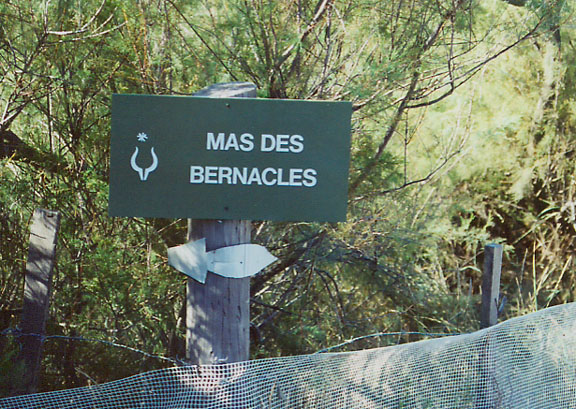 visit to a Mas

the gardians on their white horses

the bulls are black with horns coming up from their heads 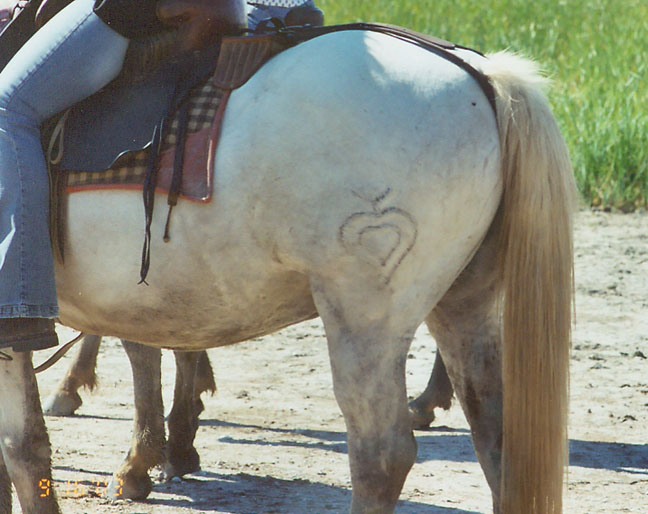 the brand of this Mas 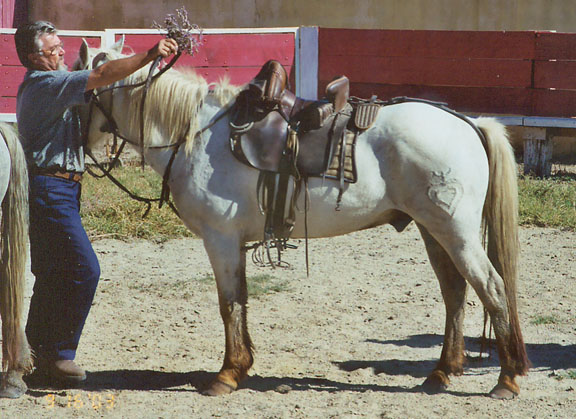 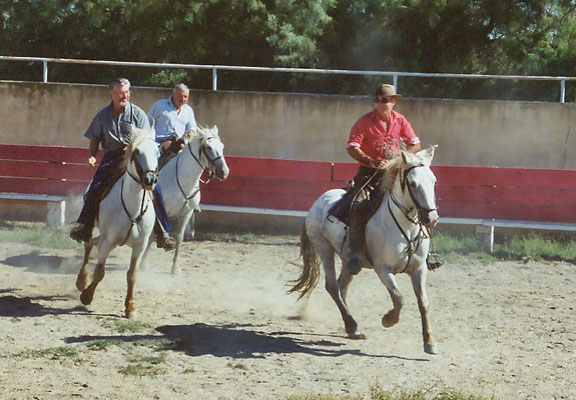 the game in action 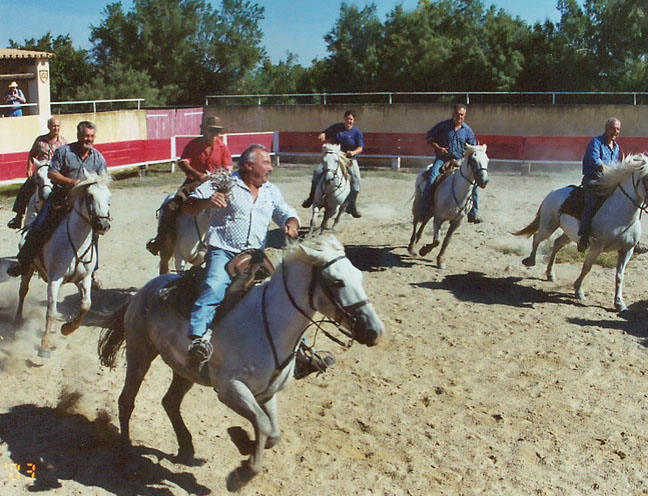 now defending from the group 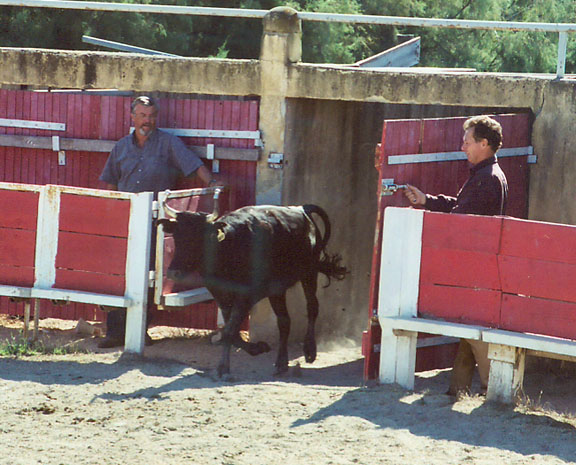 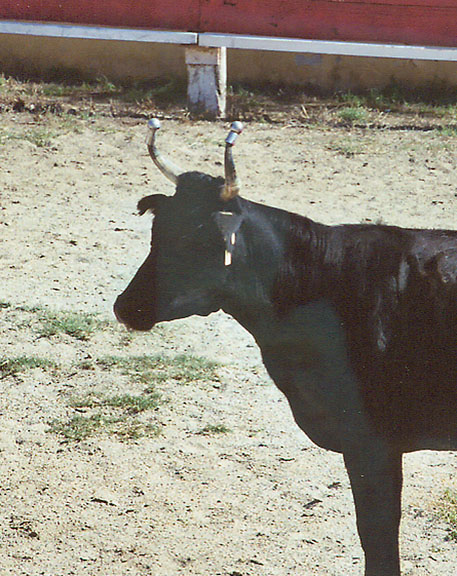 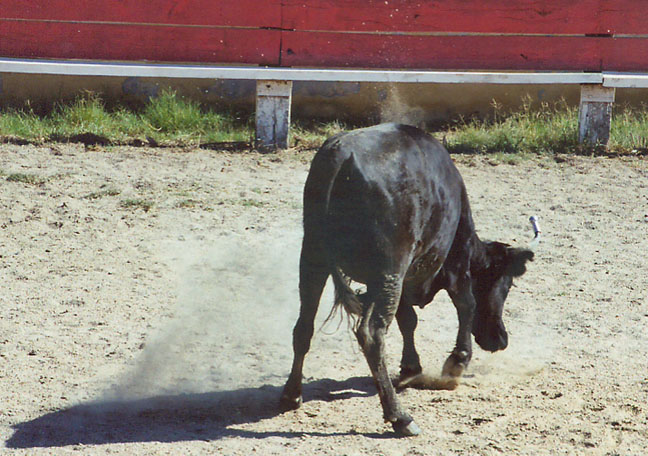 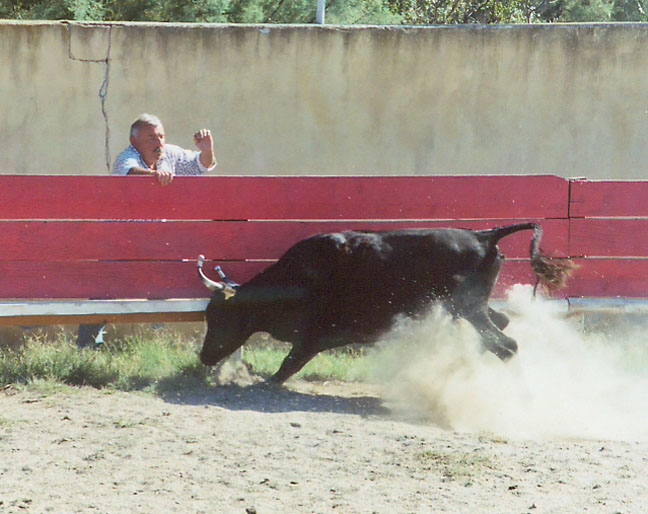 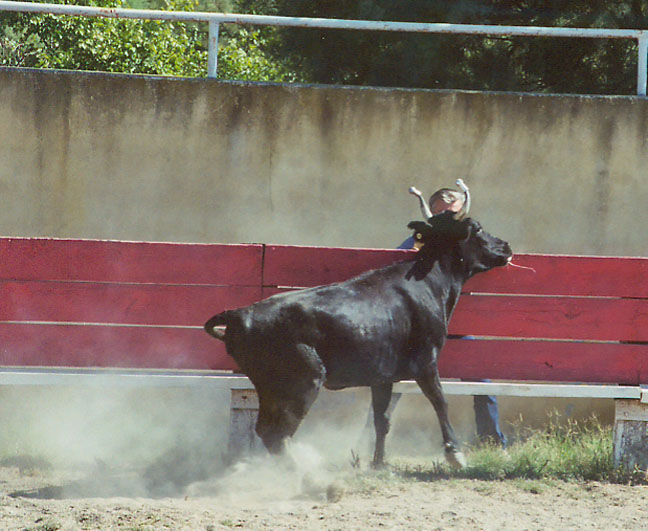 hitting the side of the wall where the tormentor is standing 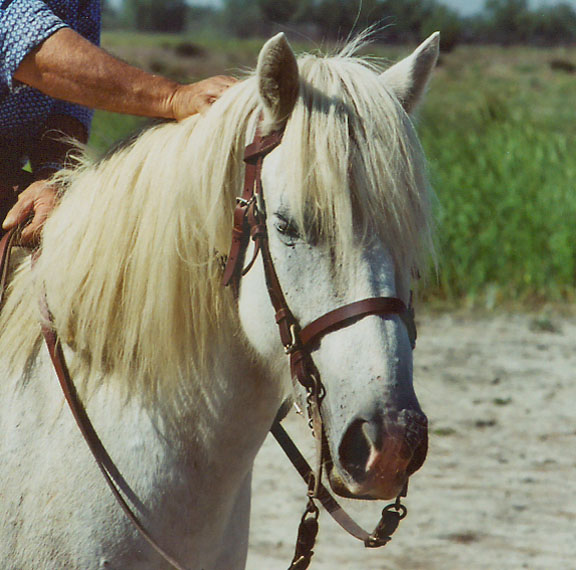 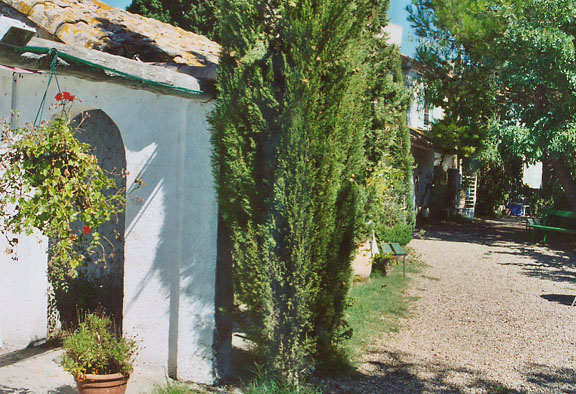 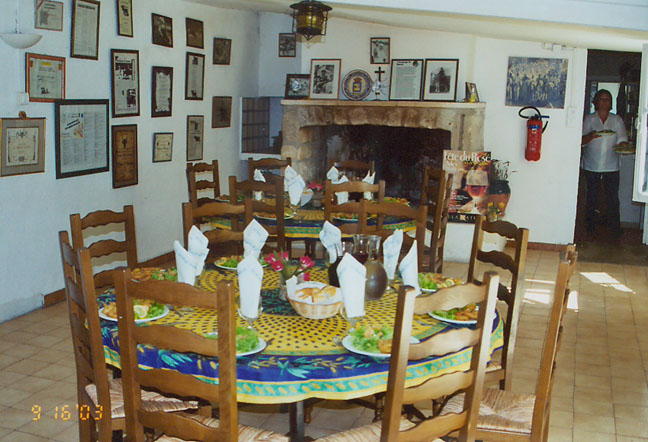 Link to useful information on Camargue