the Glockenspiel in the centre of the Neues Rathaus 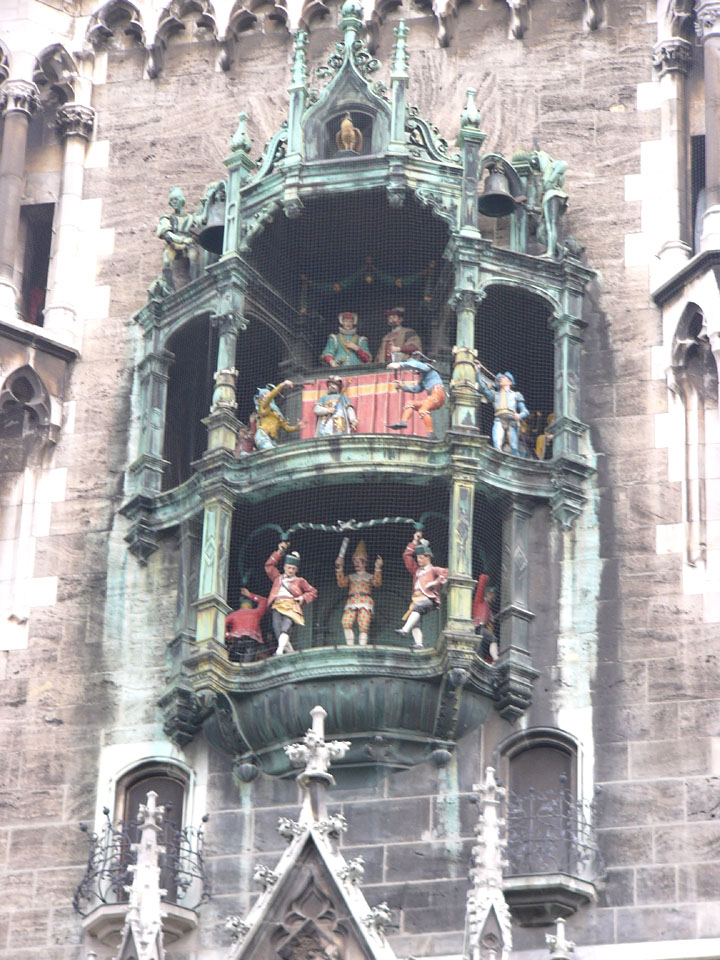 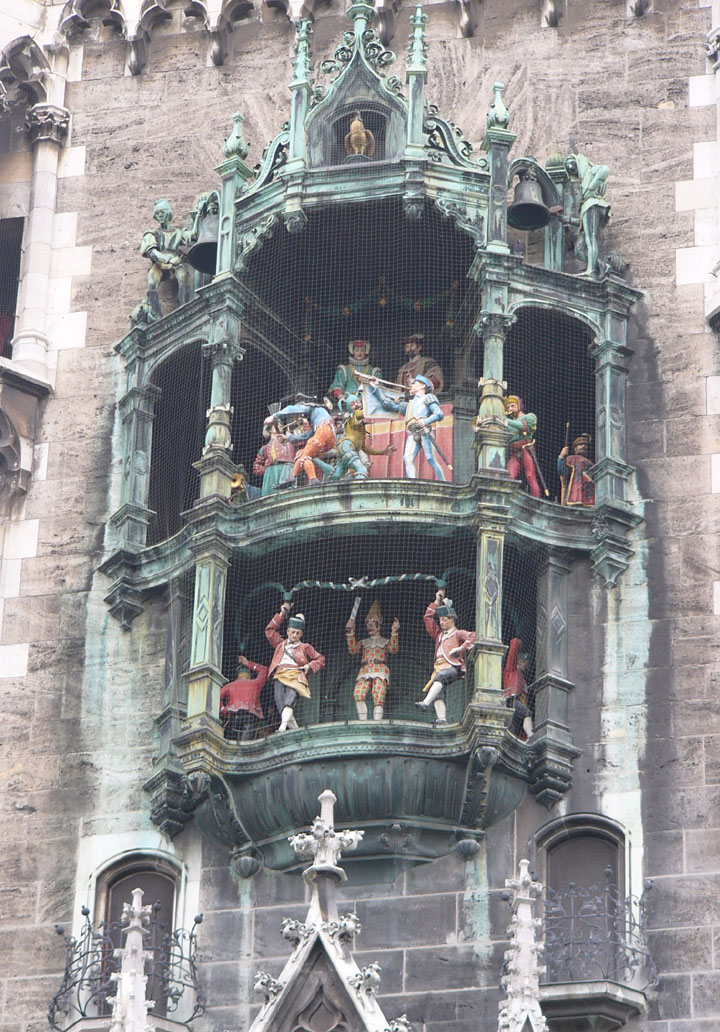 start of the tournament

The figures perform the Schläffertanz or cooper's dance, which was originally performed in 1517 at the Marienplatz to commemorate the end of the plague. On top of the dancers, figures hold a tournament, which was originally held in 1568 at the wedding of Wilhelm II and Renata von Lothringen in 1568. The Glockenspiel exists since 1903, but the original clocks have been replaced by a music tape. 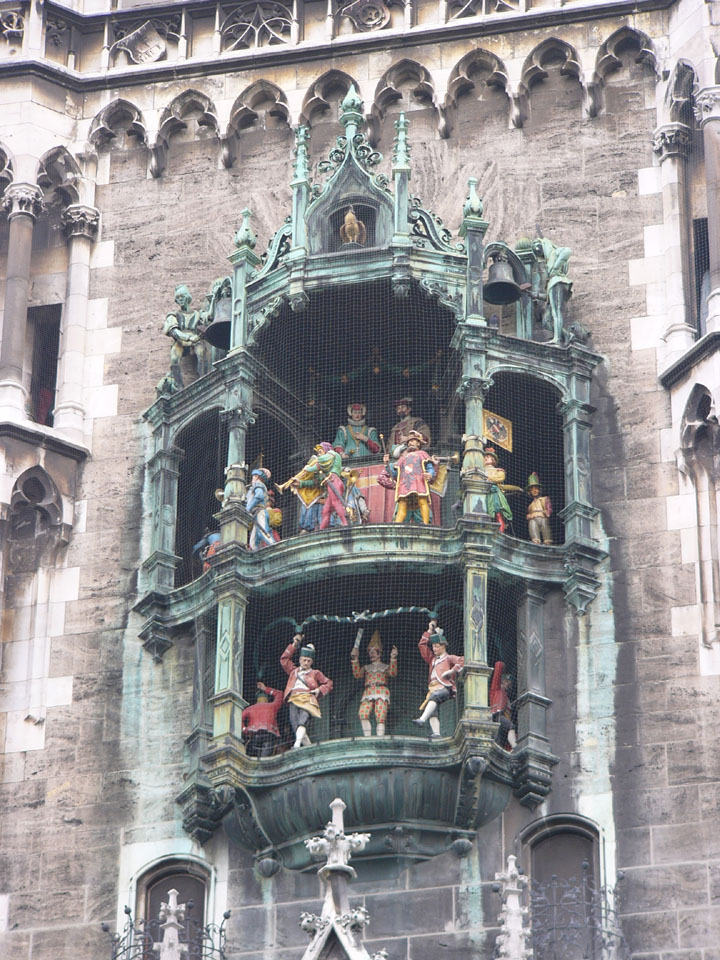 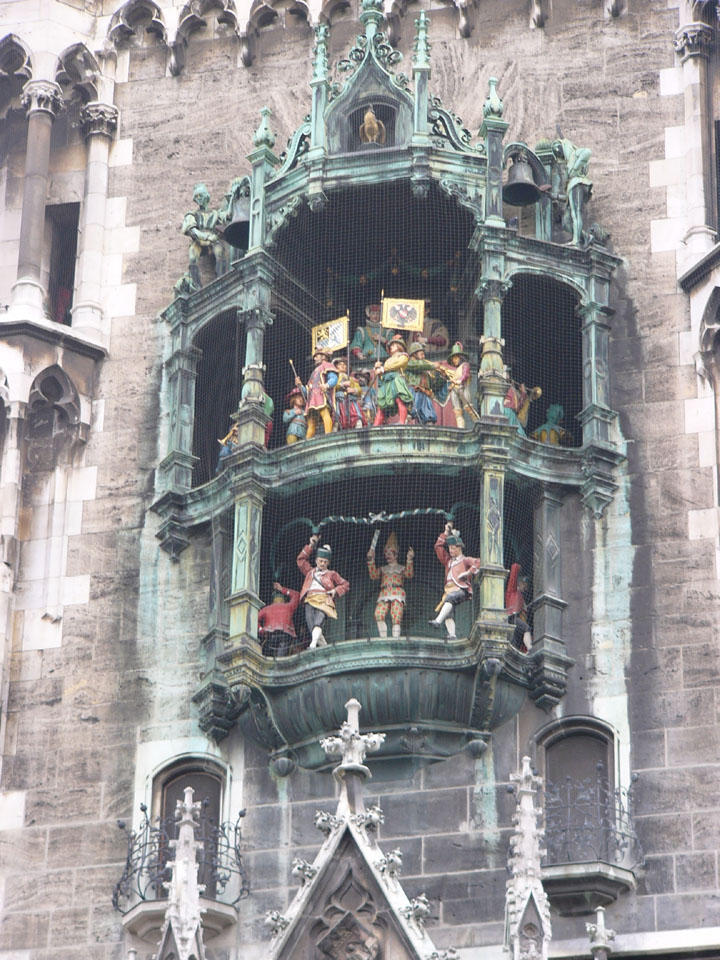 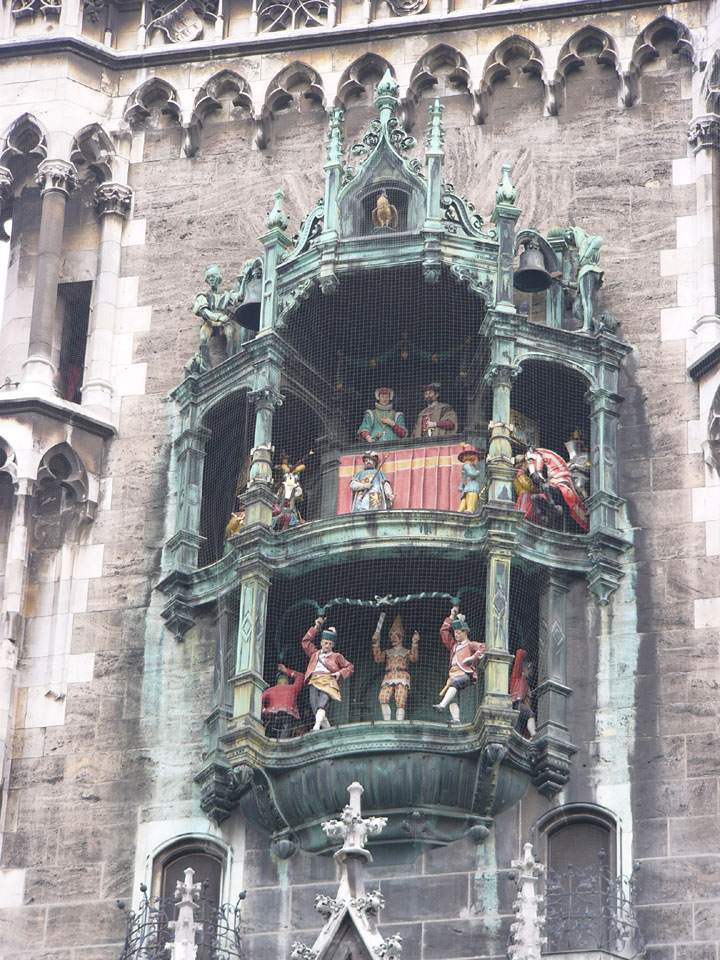 the horses approaching for the joust 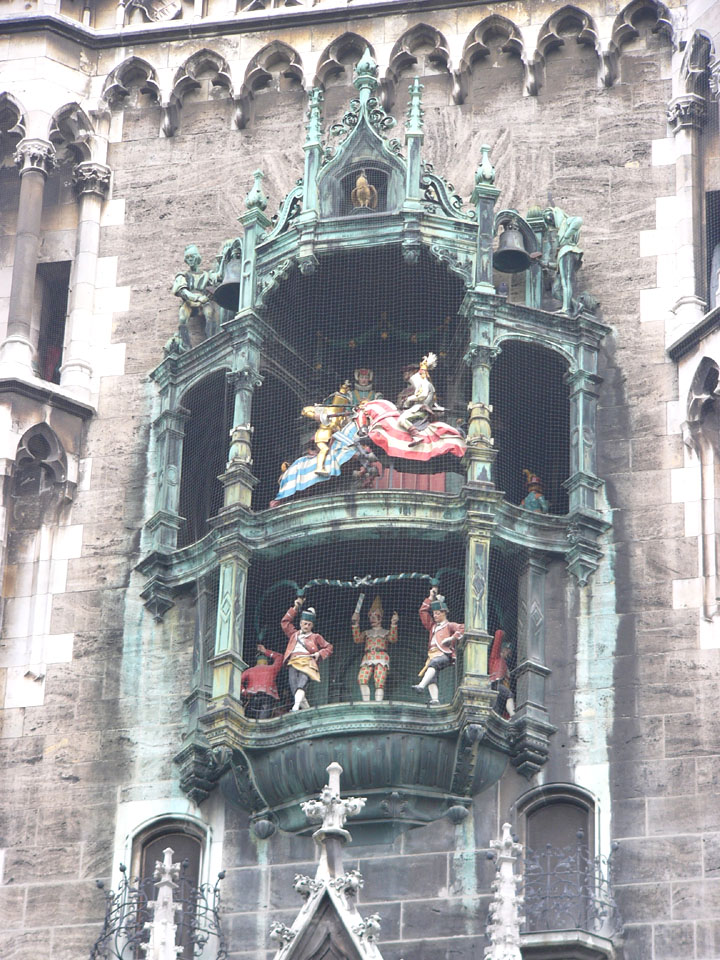 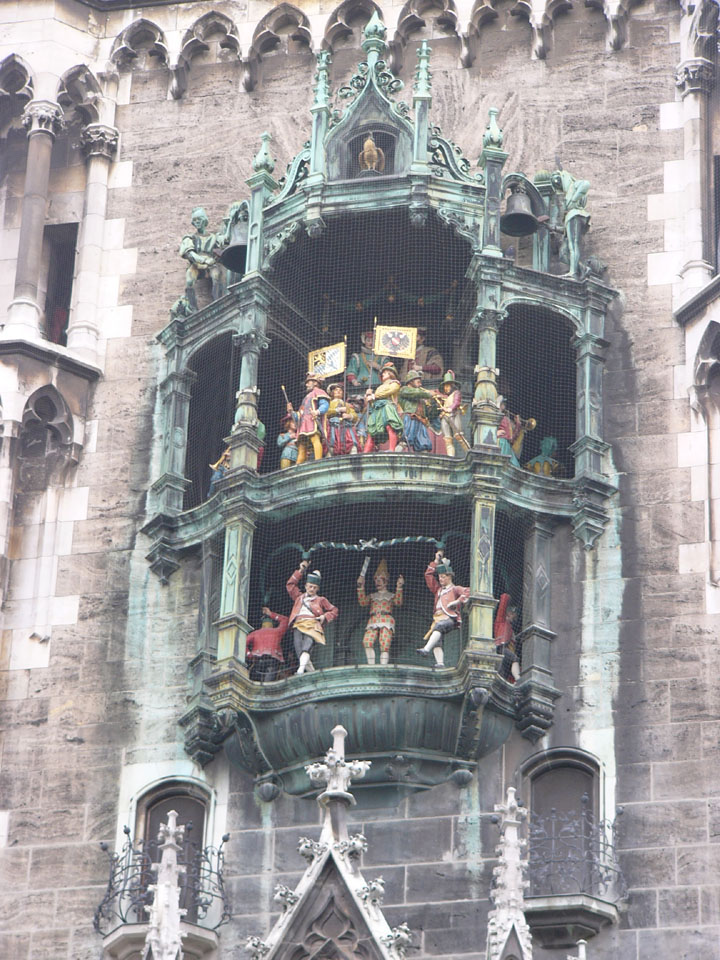 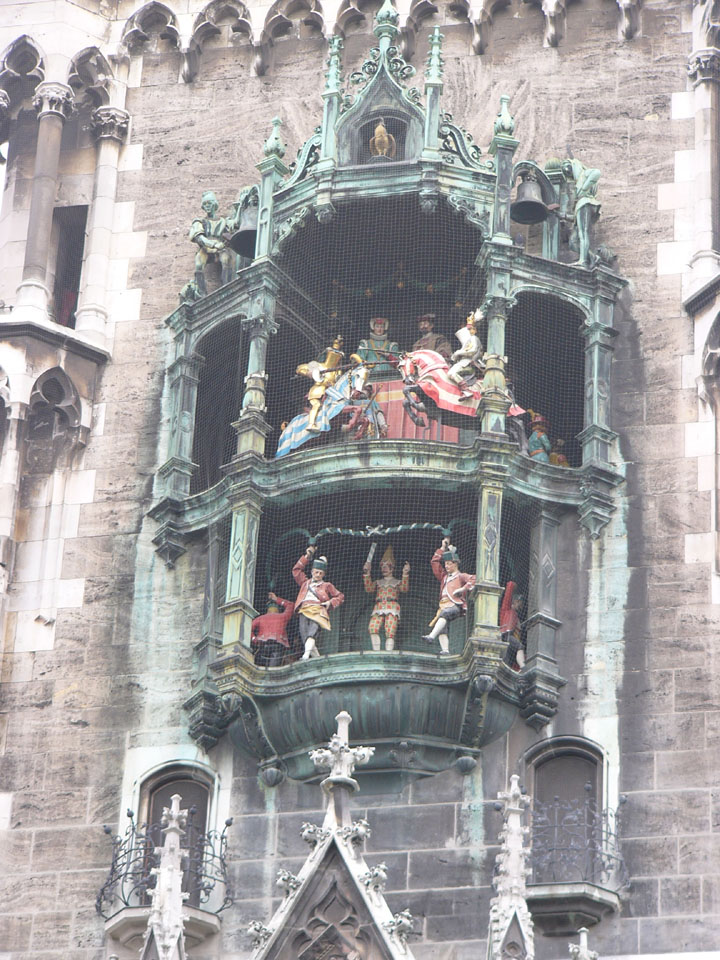 Short Video of the Jousting 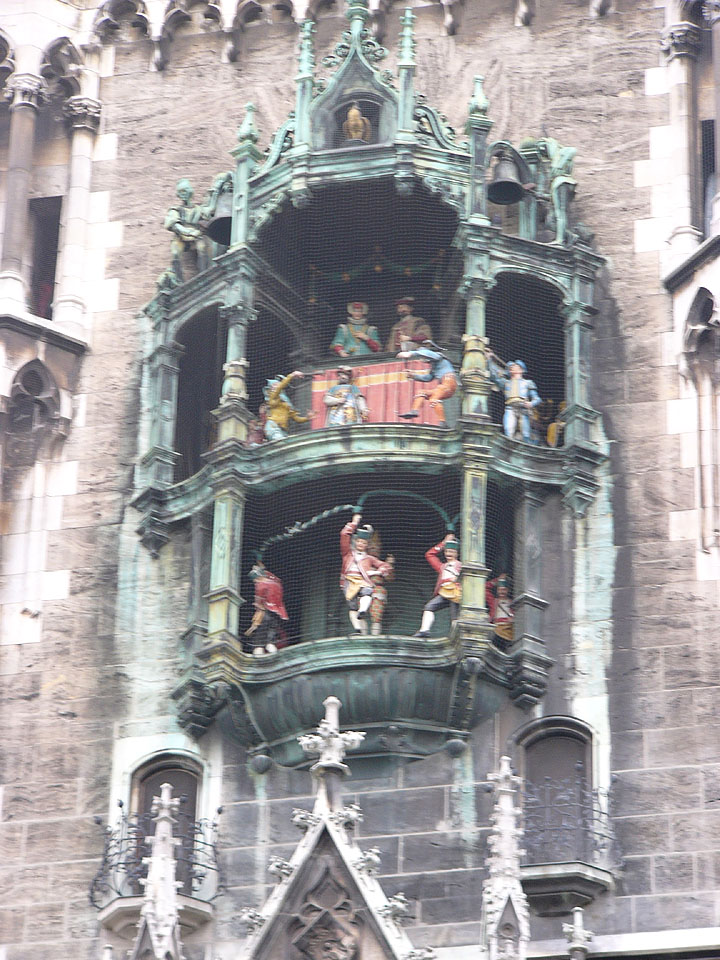 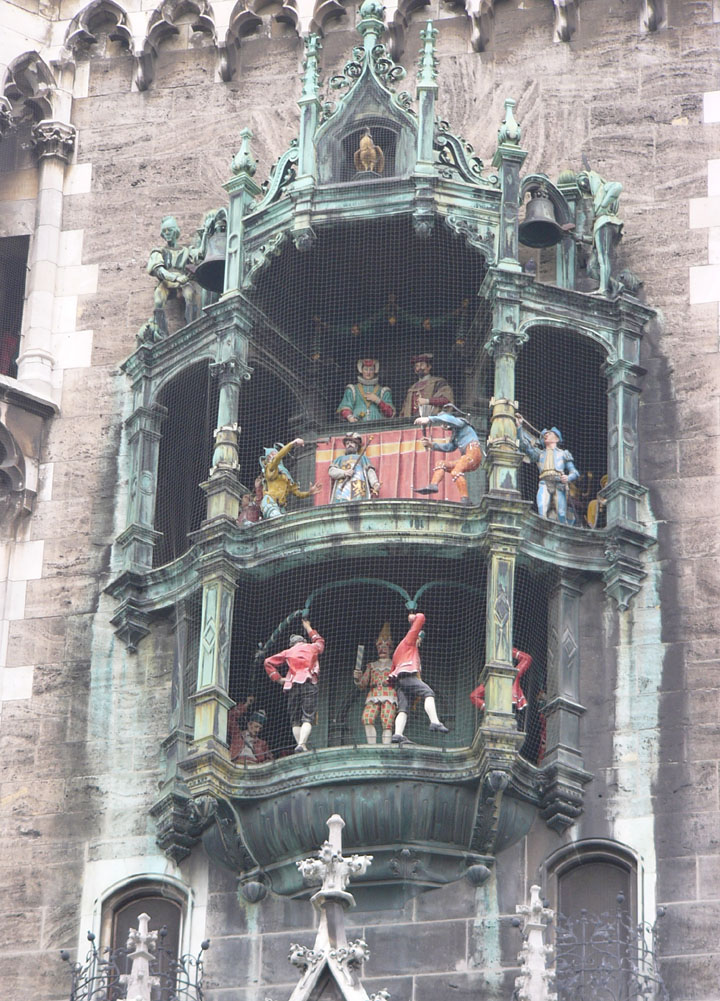 Short Video of the Dancers 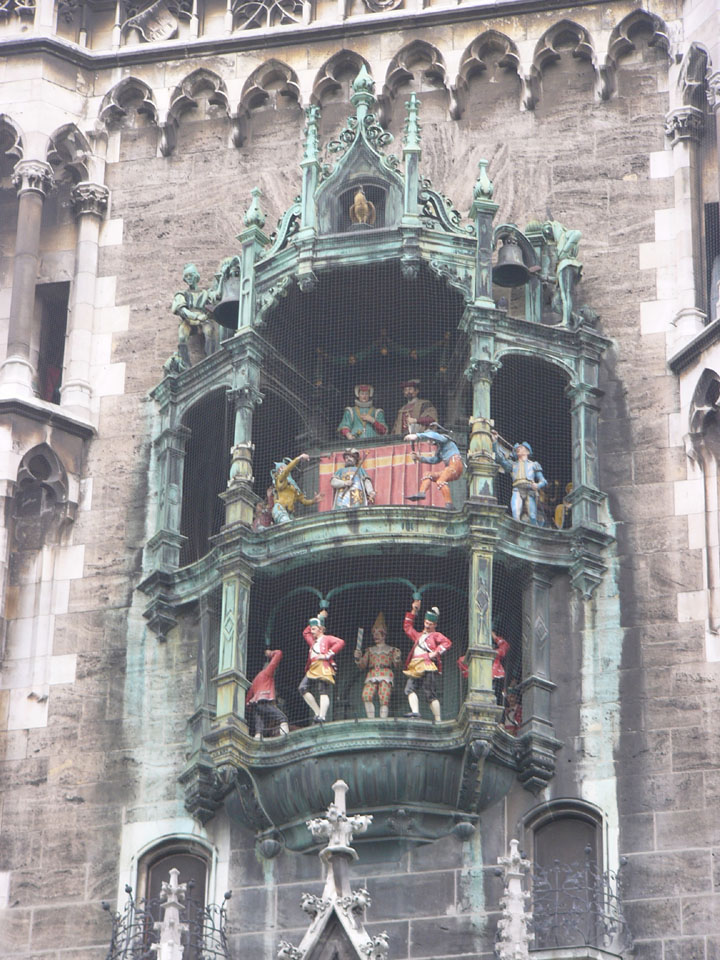 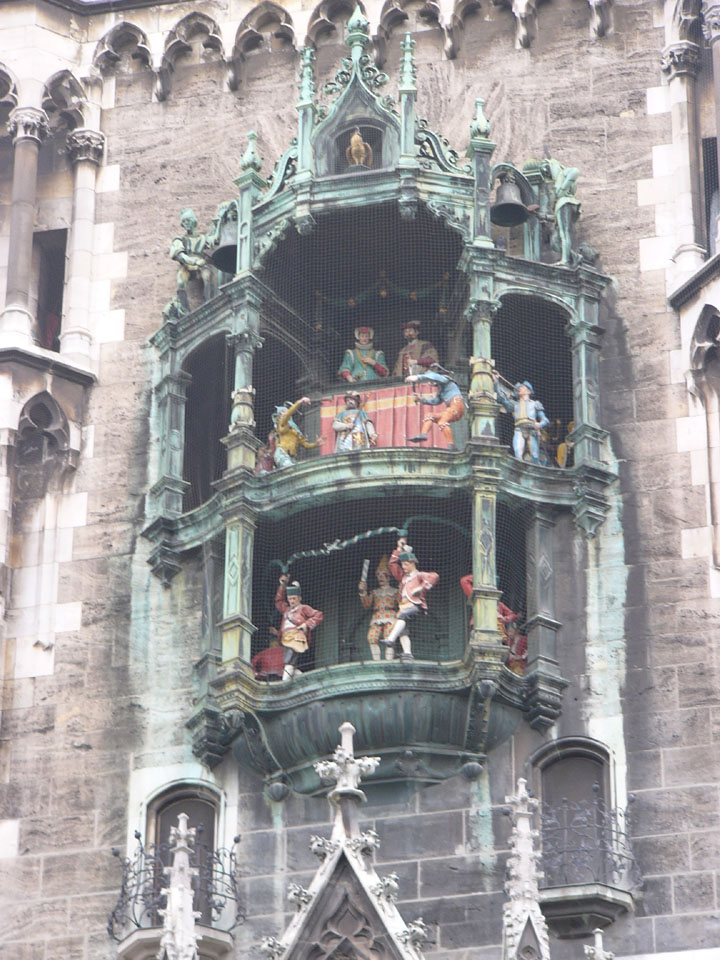 after the dance, ready to rest till next performance 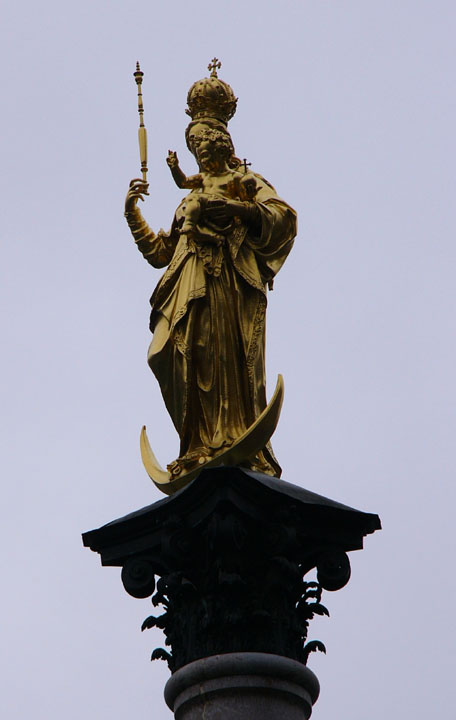