, city in south central Germany, on the Pegnitz River, in Bavaria, near Fürth. The city is a commercial and industrial center, served by railroads and the Ludwigs Canal, which connects the Danube and Main rivers. 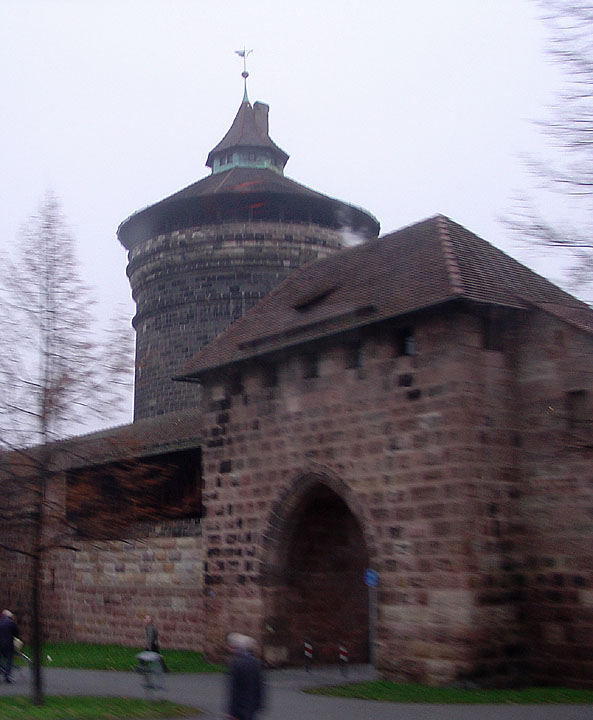 Nürnberg is widely known for its toys and honey and spice cakes (Lebkuchen); other products include motor vehicles, electrical and electronic equipment, office machinery, textiles, and precision instruments.

Among the city's points of interest are the Hauptmarkt, the main market square; the Gothic Saint Sebald's Church (mainly 13th century); a castle (begun 11th century); the German National Museum; toy and transportation museums; the house (now a museum) where the artist Albrecht Dürer lived; and extensive parts of the old city walls (chiefly 15th century). A section of the University of Erlangen-Nürnberg is in the city.

Photos of the Christkindlmarkt

Photos of the Children's Christmas Market

First mentioned in 1050, Nürnberg was made a free imperial city in 1219 and after 1356 became the de facto capital of the Holy Roman German Empire. It subsequently became known for its manufactures, especially woodenware.

During the 15th and 16th centuries the city was a principal center of commerce and culture due largely to its location at the crossroads of four major trade routes. Among the artists who worked in Nürnberg during this period were the sculptor Veit Stoss, the bronze caster Peter Fischer, the painter and woodcarver Michael Wolgemut, and Dürer.

Also active at the time were the Meistersinger, members of guilds formed to cultivate music and poetry, including the poet and dramatist Hans Sachs. Local astronomer Regiomontanus drew the navigational charts used by Christopher Columbus on his 1492 voyage to America. In 1806Bavaria acquired control of Nürnberg, and in 1835 the city became a terminus of the first German railroad.

From 1933 to 1938 it was the site of annual conventions of the National Socialist German Workers (or Nazi) Party; at the 1935 meeting the Nürnberg Laws, depriving German Jews of many civil rights, were promulgated. As a major center for producing military equipment, the city was badly damaged by Allied bombardments during World War II (1939-1945). After the war Nürnberg was a site of trials (1945-1946) of suspected German war criminals; the trials were conducted by an international tribunal of Allied jurists.

. The city has been completely rebuilt since the war, including restoration of its Old Town section. Population (1990 estimate) 490,500.

Gothic window in the Germanisches Nationalmuseum