a formerly isolated city in Europe 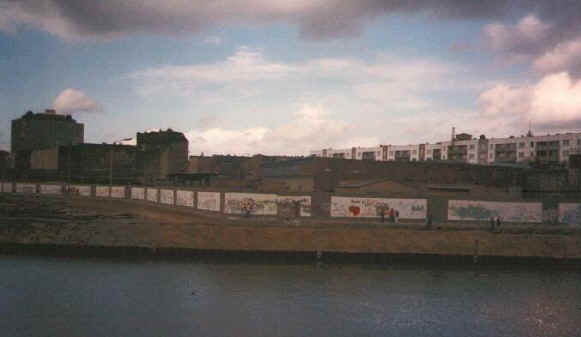 The WALL separating East and West 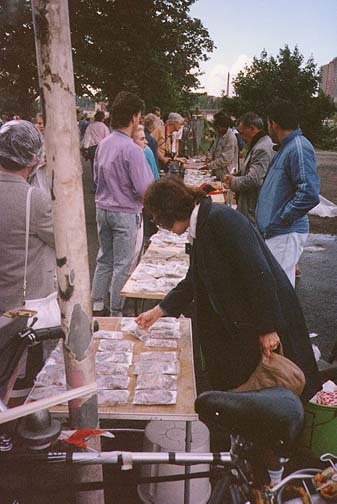 People buying pieces of the Wall.

More Photos of the Wall 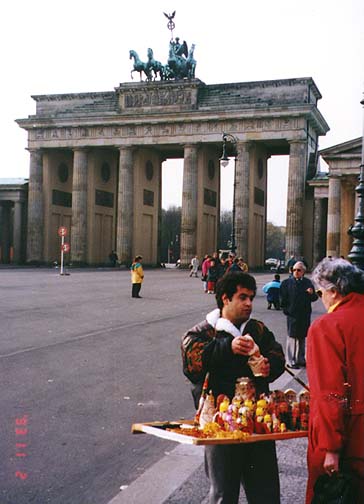 Brandenburg Gate
(after the Wall was removed) 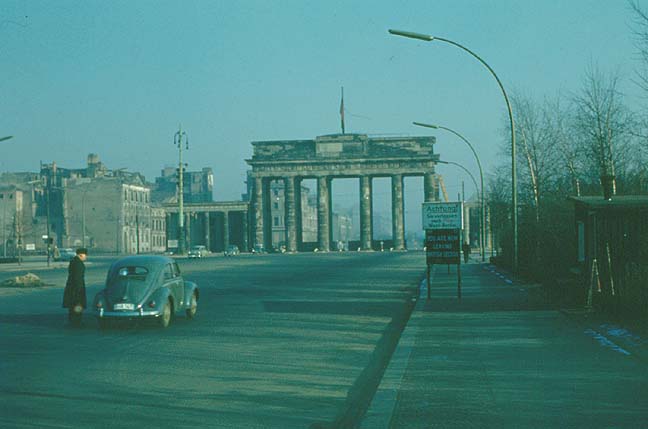 More Photos of the Brandenburg Gate 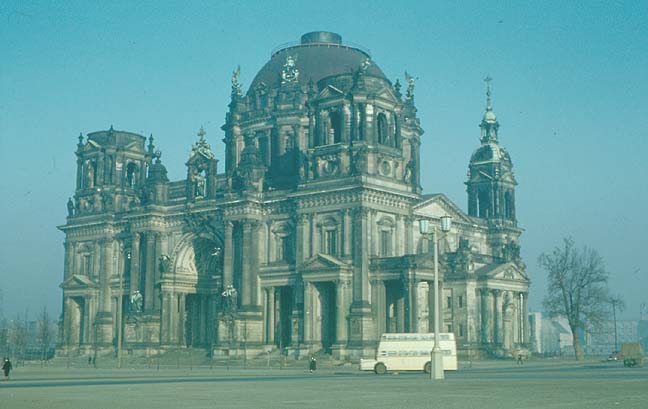 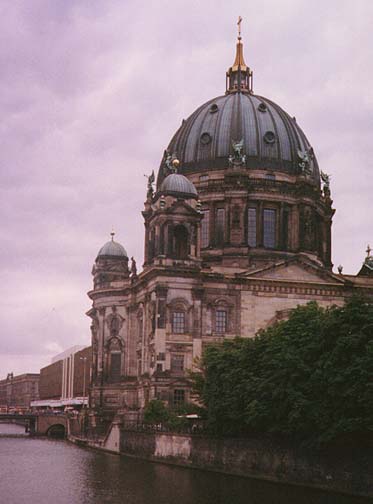 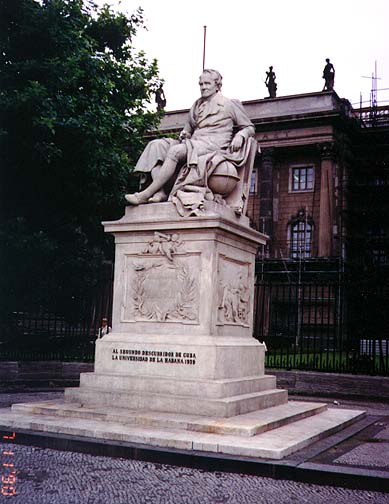 Humboldt, (Friedrich Wilhelm Heinrich) Alexander, Freiherr von (1769-1859), German naturalist and explorer, best known for his many valuable contributions to the study of geophysics, meteorology, and oceanography. 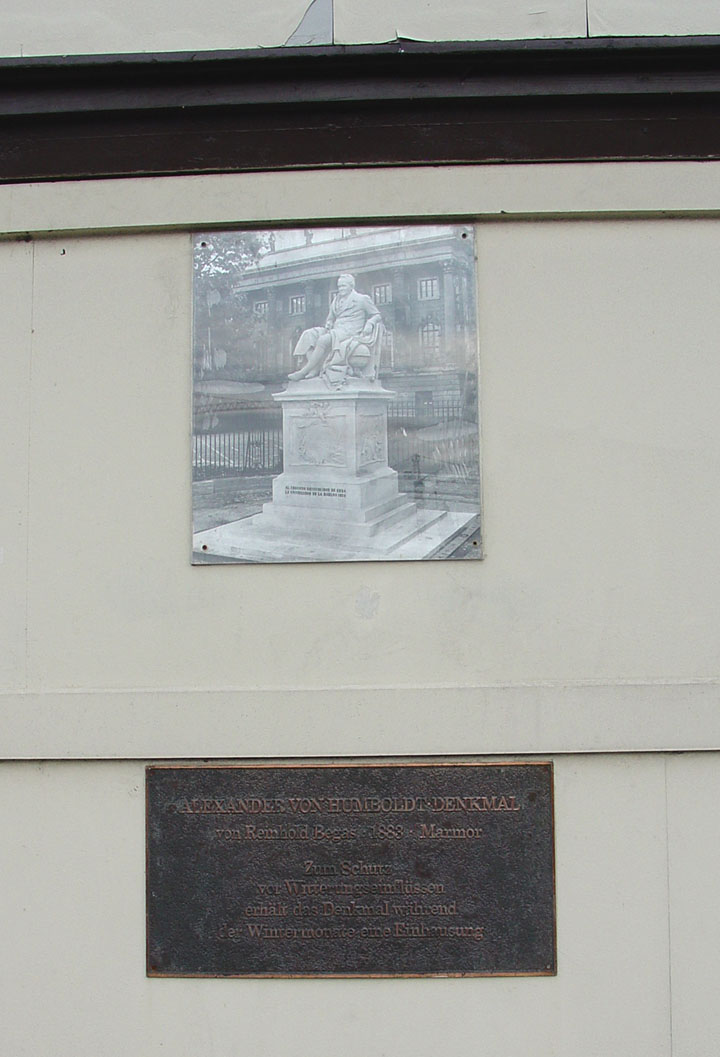 Humboldt was born in Berlin on September 14, 1769, and educated privately and at various universities and the mining academy at Freiberg. Although he was known as a naturalist, diplomat, astronomer, mineralogist, and anatomist, his fame also rests on his exploration of Latin America. In 1799 he sailed from Spain, stopped briefly at the Canary Islands, and finally landed at Cumaná, Venezuela. Humboldt explored the entire length of the Orinoco River and most of the Amazon River system. He also traveled in Cuba, the Magdalena River basin of Colombia, and the Andes Mountains of Ecuador, where he ascended the volcano Chimborazo to an altitude of more than 5800 m (19,000 ft) above sea level. He studied ocean currents, relative temperature according to altitude, and magnetic intensity in relation to the equator, as well as minerals and plant and animal life. He spent the final period of his five-year exploration of America in Mexico. In 1804 he returned to Europe, and in 1829 he made a voyage of scientific exploration through the Ural and Altay Mountains of Russia. During the final years of his long life Humboldt wrote a five-volume work, Kosmos (The Cosmos, 1845-1862), in which he set forth not only his own vast scientific knowledge but also most of the accumulated scientific knowledge of geography and geology of the time. Kosmos has been called the first textbook of geophysics. Humboldt died in Berlin on May 6, 1859. 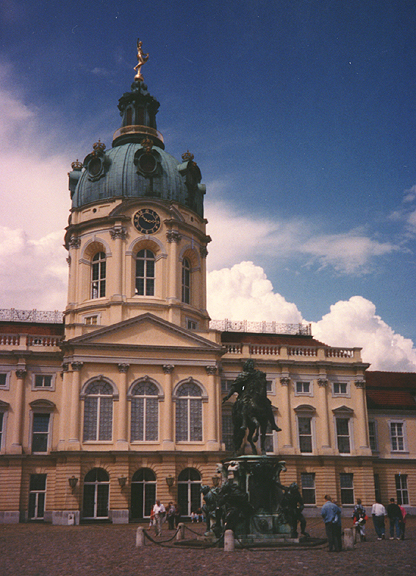 Elector Frederick III had a summer residence built for his wife Sophie Charlotte by the architect Johann Arnold Nering between 1695 and 1699. 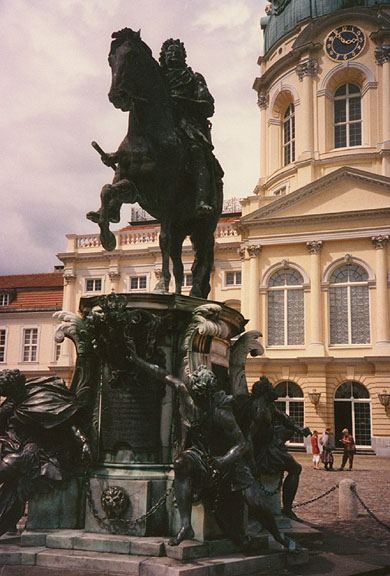 The Great Elector (of Prussia) 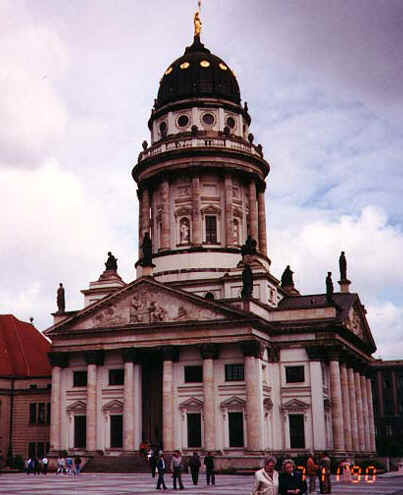 and its Christmas Market 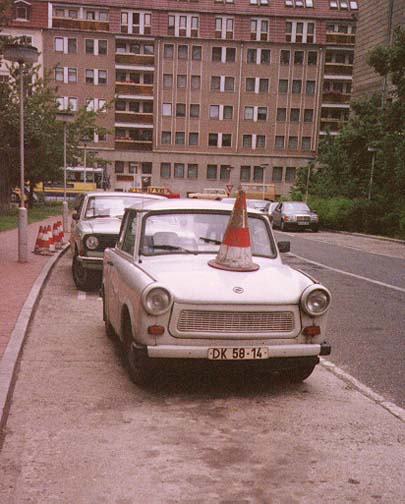 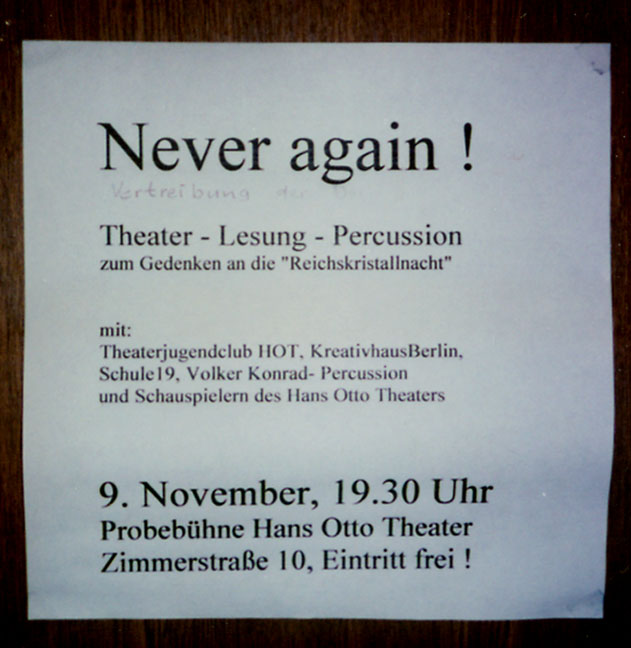 and let us never forget that horrible night
"Reichskristallnacht" 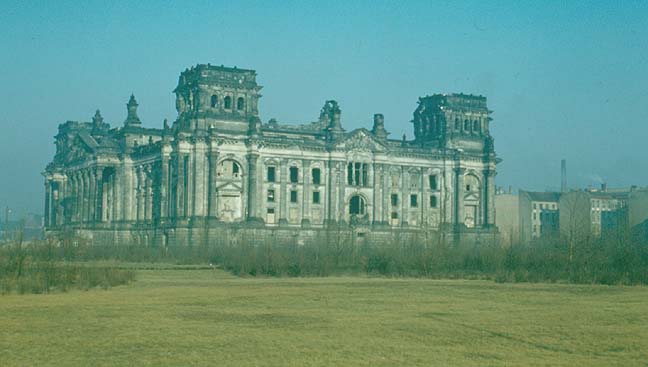 Reichstag Fire, burning of the German parliament building in Berlin on February 27, 1933, less than a month after Nazi leader Adolf Hitler became chancellor. The fire was used as a justification for the suspension of many constitutional guarantees and also as an excuse to attack the Communists. There is still debate over whether the Nazis were involved in this crime, of which they were the main beneficiaries. Three Bulgarians and a German were all indicted and tried in Leipzig, Germany, but only a Dutch communist, Marinus van der Lubbe, was convicted. 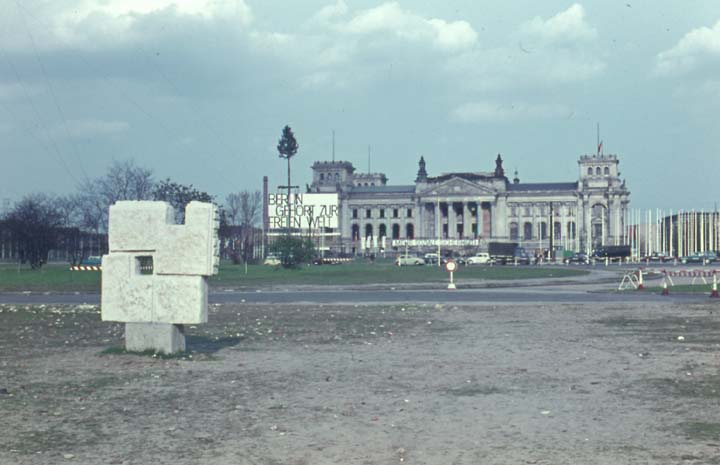 Reichstag in the midst of the bombed out center of Berlin

Memorial to the liberating Soviet Army
(Reichstag in the background)

Photos of the same locations in 2004 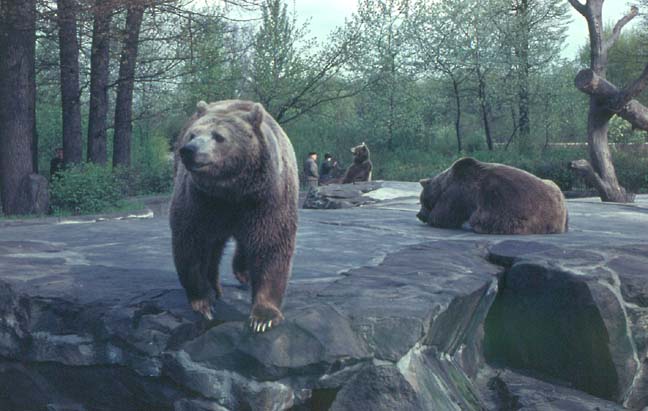 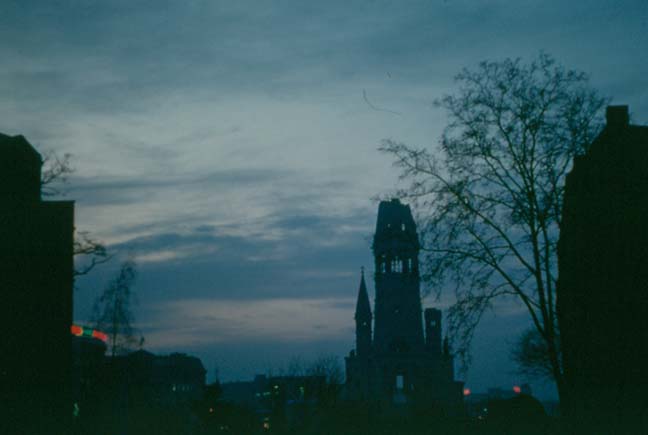