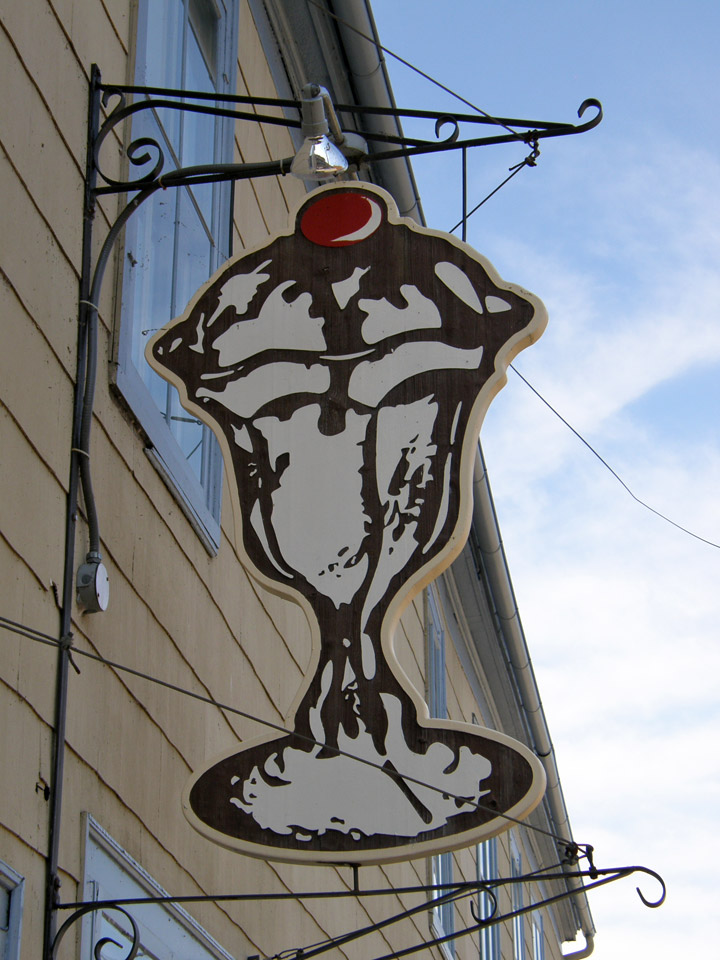 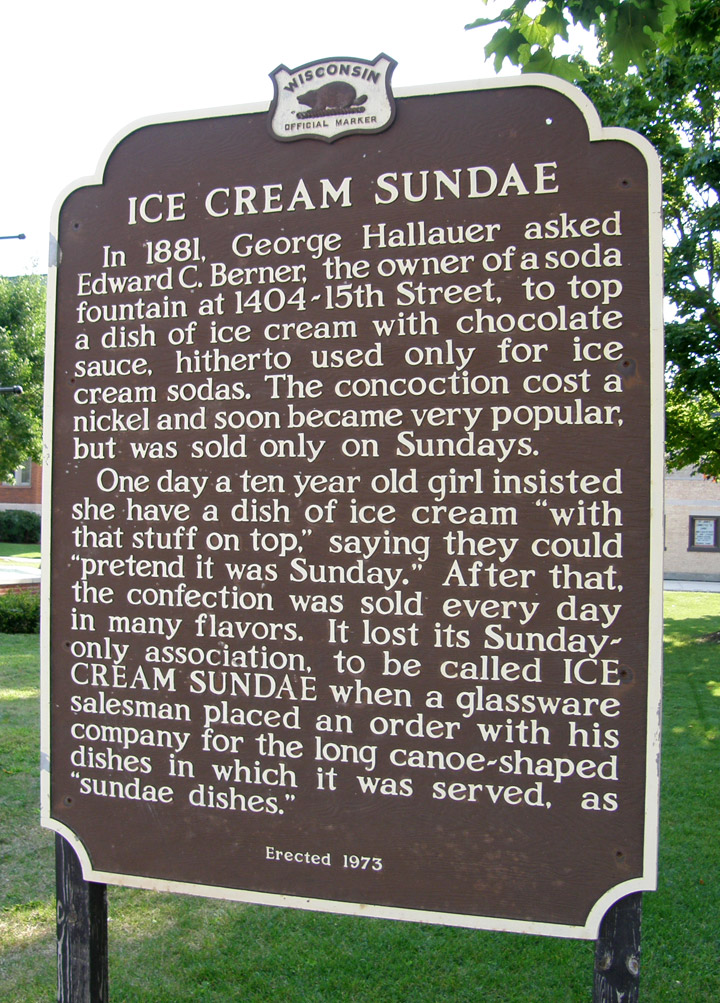 It's official - Two Rivers is recognized by the Wisconsin State Historical Society as the REAL birthplace of the ice cream sundae. There is a Sundae Week every summer, and the city gathers in Central Park for an old fashioned band concert and ice cream social during the annual Sundae Thursday. Well-known American language authority, columnist and author H.L. Mencken also pegs Two Rivers as the birthplace of the sundae. The claim is also supported by a 1929 newspaper interview in which the inventor recalls how the sundae came about. 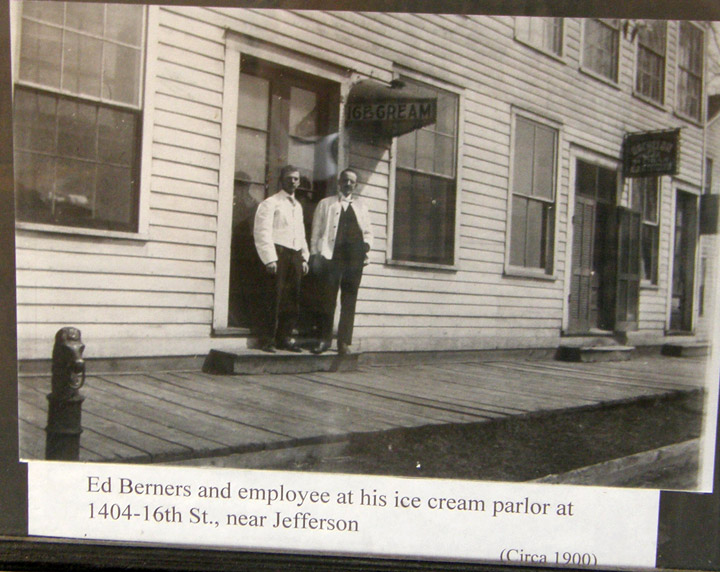 The ice cream sundae story dates back to 1881 when chocolate sauce was used to make ice cream sodas at Ed Berners' soda fountain at 1404 15th Street. One day, a vacationing George Hallauer - a Two Rivers native then living in Illinois - asked Berners to put some of the chocolate sauce over a dish of ice cream. According to a 1929 interview with Berners, he apparently didn't think it was a good idea. 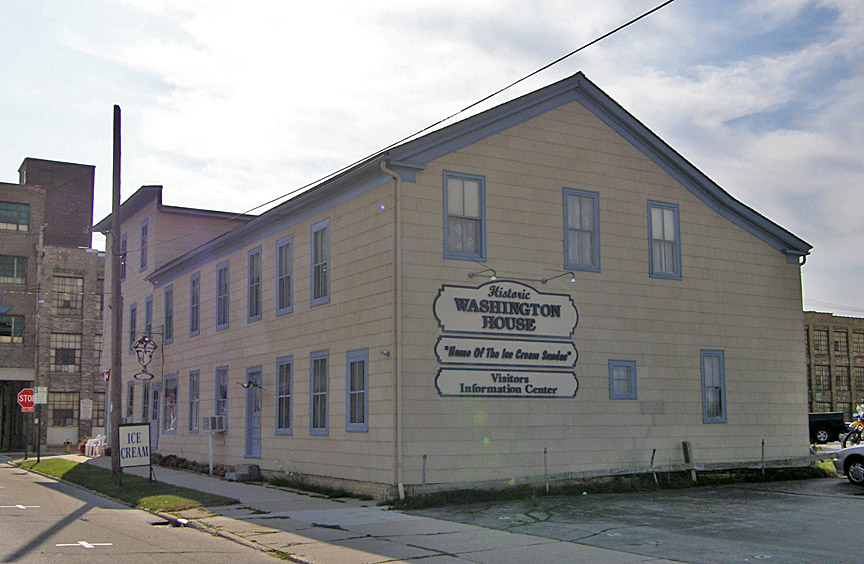 As Berners related in the 1929 Two Rivers Reporter interview, "One night, Hallauer dropped in and ordered a dish of ice cream. As I was serving it, he spied a bottle of chocolate syrup on the back bar, which I used for making sodas. 'Why don't you put some of that chocolate on the ice cream?'" he asked. 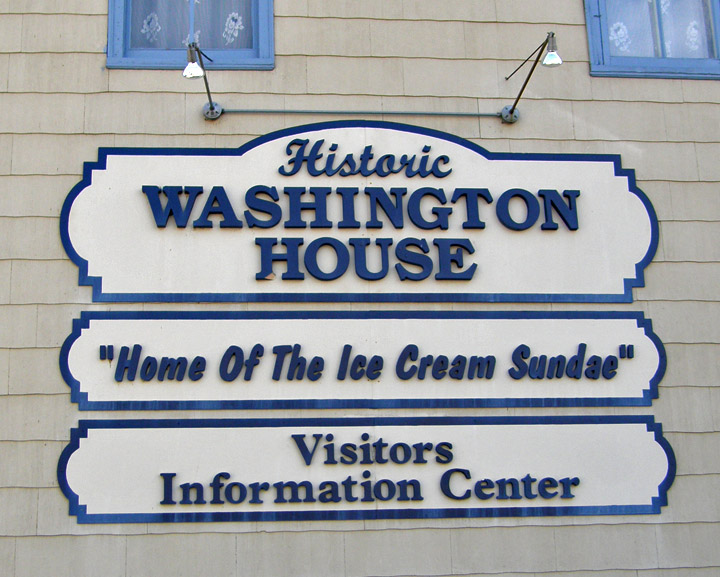 "'You don't want to ruin the flavor of the ice cream,' I protested, but Hallauer answered 'I'll try anything once,' and I poured on the chocolate. Hallauer liked it, and the ice cream sundae was born." 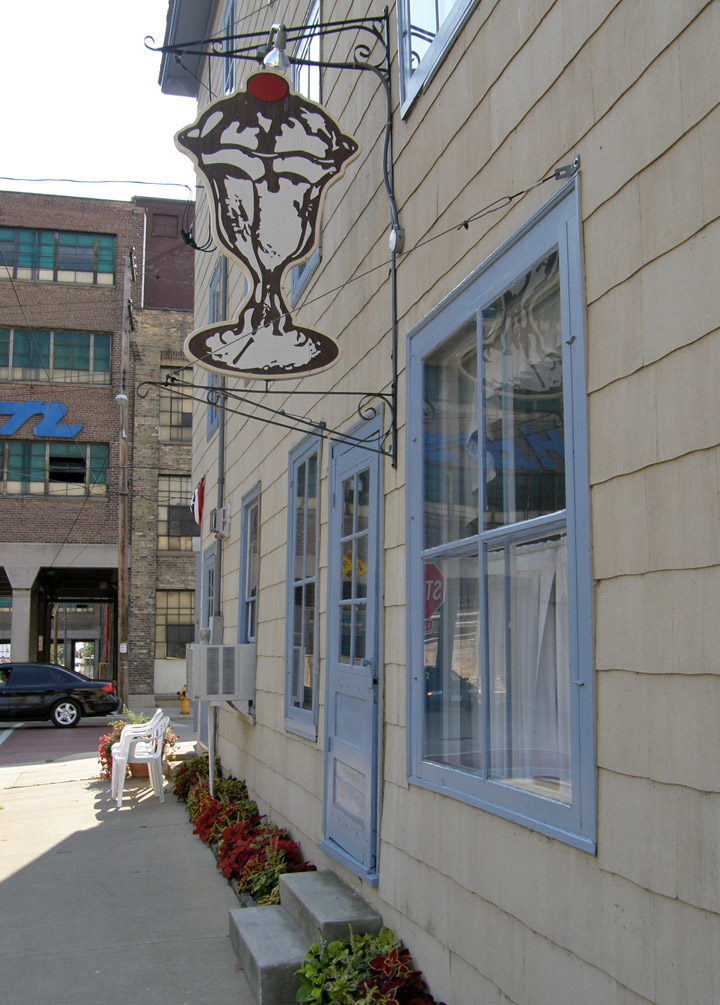 The five-cent concoction became pretty popular. Berners, who always served his patrons in an immaculate white jacket, with an unlit cigar between his lips, started experimenting with different flavors - with fancy names. There were treats like Flora Dora, Mudscow, and an ice cream/peanut dish called Chocolate Peany. Apple cider also became a popular replacement for the chocolate. 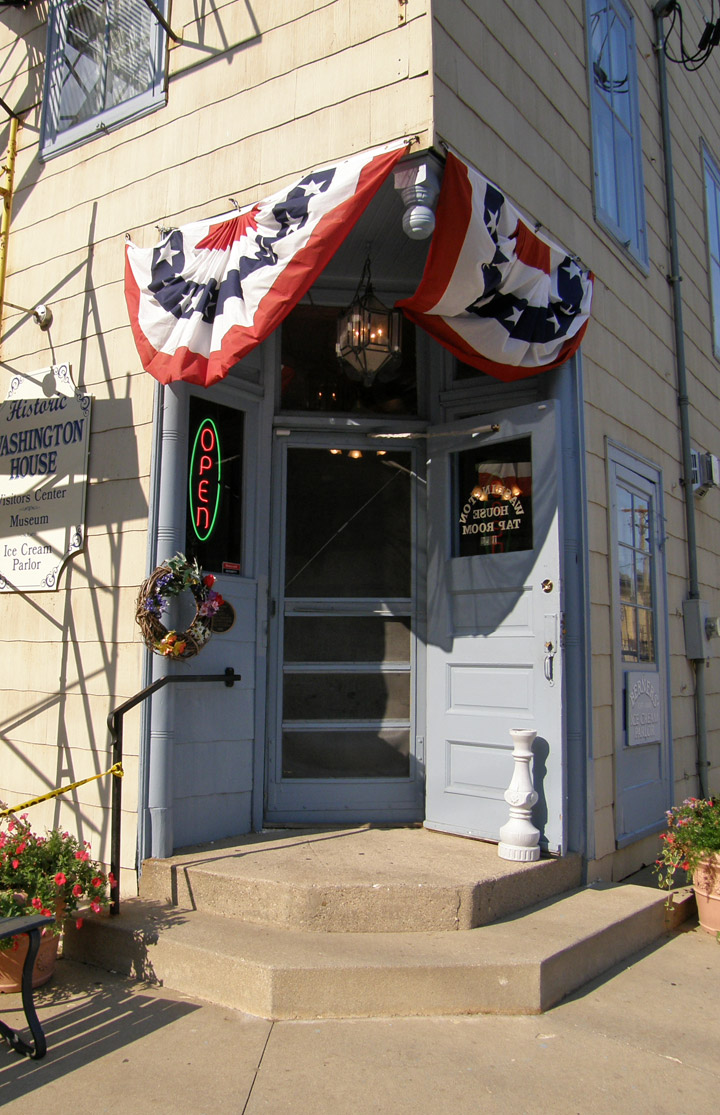 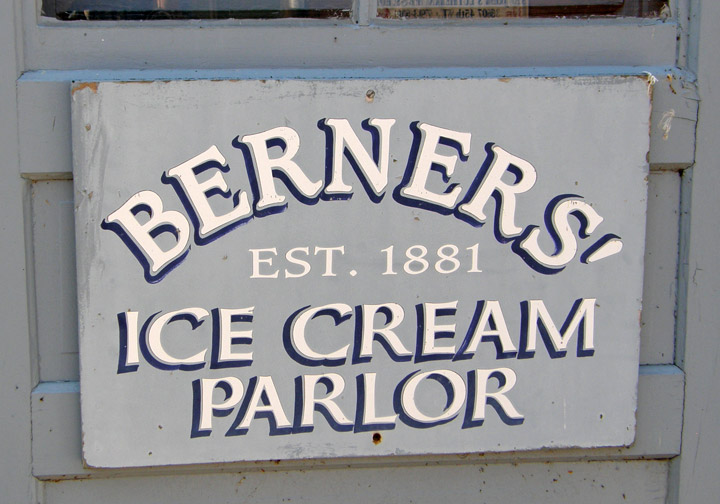 Berners credits the actual term of "sundae" to another ice cream parlor in nearby Manitowoc. Due to the popularity of the dish in Two Rivers, George Giffy began selling sundaes - but only on Sunday. 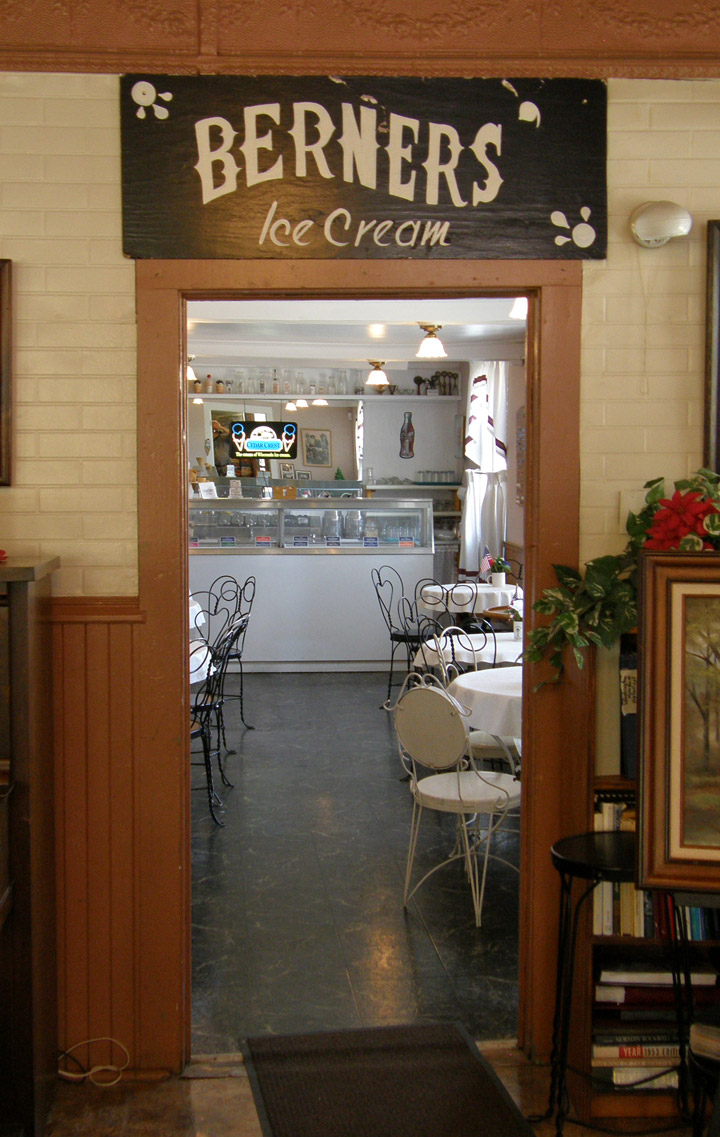 That is until a ten year old girl insisted on having a bowl of ice cream "with that stuff on top" even though it wasn't Sunday. "This must be Sunday for it is the kind of ice cream I want," and Giffy relented, of course. He is thought to have started calling the dish a Sunday. How the sundae spelling came about is not quite clear, but the accepted story is interesting, non-the-less. As the legend goes, a glass salesman writing up an order for Berners' canoe-shaped ice cream bowls misspelled Sunday as Sundae. Others believe the name was spelled as it is because it was considered rude to name the ice cream treat for a day of worship. 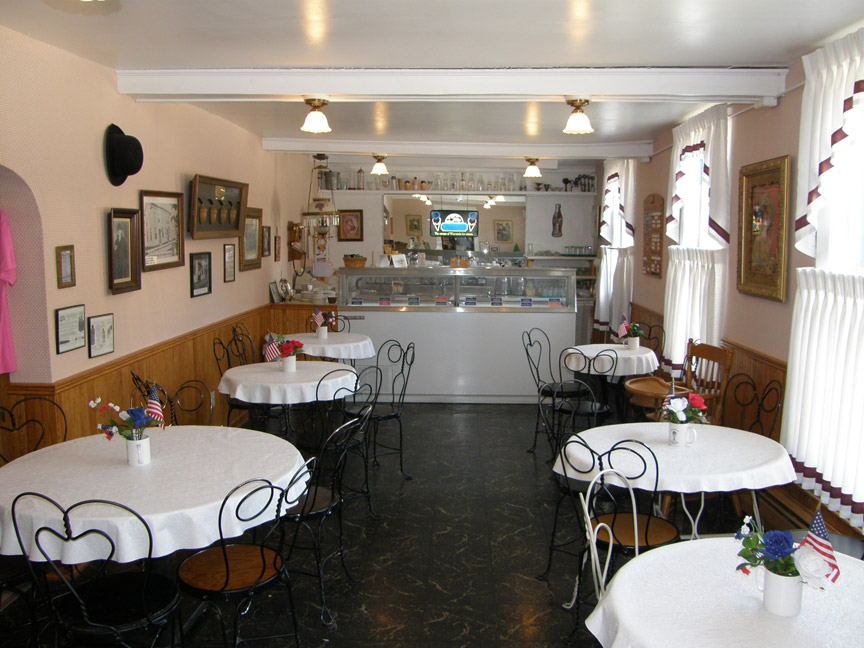 The popularity of the ice cream sundae spread quickly. Berners said that was the work of a glass salesman who sold the dishes. Hallauer also spread the story, and that's thought to be the reason for some of the confusion about the birthplace of the sundae, since he lived in Illinois. Both Evanston and Rockford are among the communities around the country who have tried to lay claim to the title of "Birthplace of the Ice Cream Sundae." 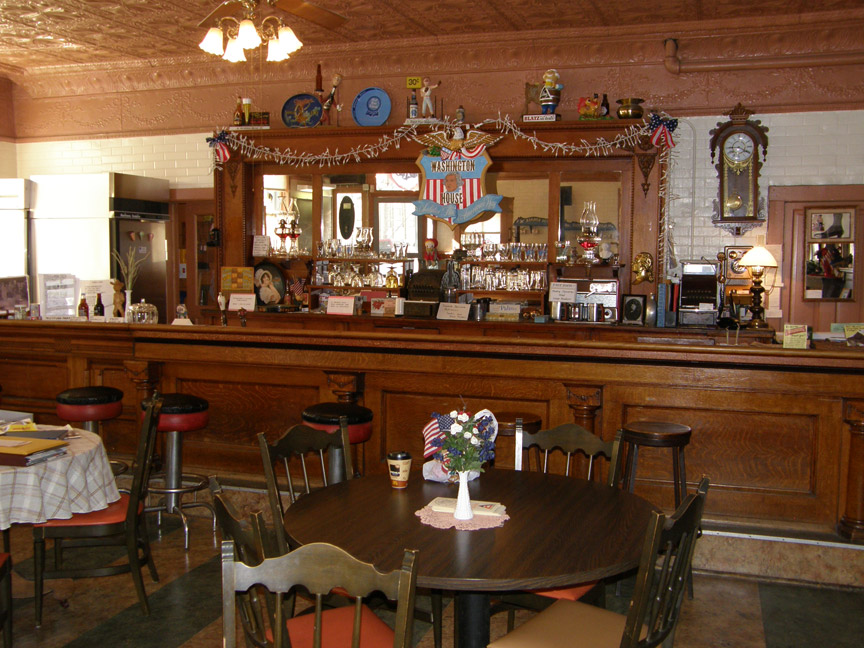 Author and language expert H.L. Mencken traced the origin of the word sundae for his book The American Language: Supplement 1. After investigating claims by Ann Arbor, Michigan, Ithaca, New York, Norfolk, Virginia, and Washington, D.C., he found the Two Rivers story to be the REAL story. 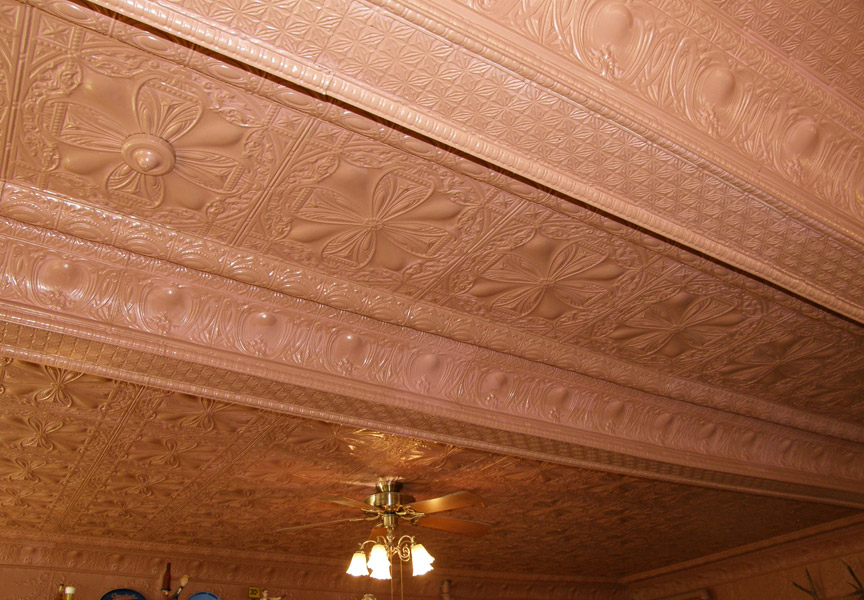 An interesting side note to the ice cream sundae story - for some reason, the ice cream soda with its carbonated water wasn't popular with the religious community of the day and it came to be known as "the immoral soda." In fact, Two Rivers was just one city that had a law banning the sale of the ice cream soda on Sunday. 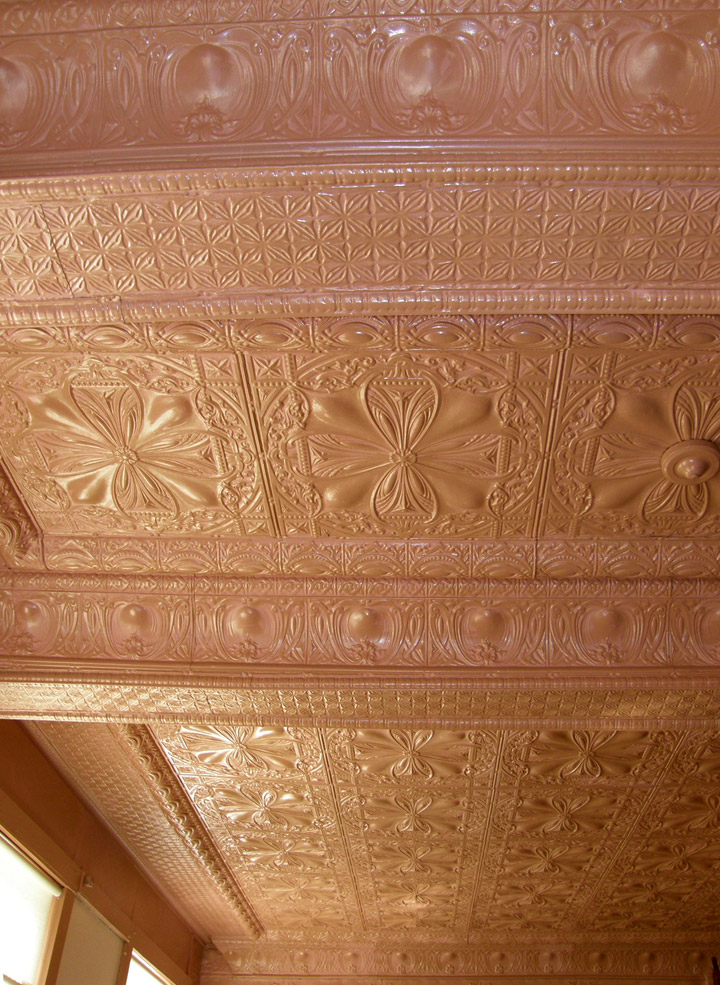 You can still get an ice cream sundae at the ice cream parlor in the historic Washington House at 17th and Jefferson Streets. The parlor features pictures and relics of the original Berners store, along with an old picture of George Berners, himself.

So that's the REAL truth, and perhaps a bit more, about the ice cream sundae.

RESOLUTION FORMALLY CHALLENGING THE CITY OF ITHACA, NEW YORK’S CLAIM TO BE
“BIRTHPLACE OF THE ICE CREAM SUNDAE”

Whereas, Ed Berners invented the ice cream sundae at his Two Rivers soda fountain in 1881; and

Whereas, this historic accomplishment has resulted in our community being known far and wide as the “Birthplace of the Ice Cream Sundae;” and

Whereas, this status has been recognized by the State Historical Society of Wisconsin, whose State Historic Marker in Two Rivers Central Park proudly proclaims this community as “Birthplace of the Ice Cream Sundae;” and

Whereas, it is only fitting and proper that the “coolest city” in America’s Dairyland be afforded sole possession of this title; and

Whereas, other, lesser-known communities, including Evanston, Illinois, Buffalo, New York, Baltimore, Maryland, Ithaca, New York and even neighboring Manitowoc, Wisconsin, have from time to time sought to claim this title; and

Whereas, in keeping with modern concepts of municipal government and international relations, Two Rivers holds to the belief that it is only appropriate to launch a “pre-emptive strike” when any such community tries to assert its spurious claim to be the birthplace of this iconic American confection; and

Whereas, it has recently come to our attention that Ithaca, New York, not content with just promoting its status as home to one of America’s great universities, in the Finger Lakes region of beautiful upstate New York, has once again dusted off its claim to be “Birthplace of the Ice Cream Sundae;” and

Whereas, this latest attempt to legitimize such revisionist history has as its centerpiece a “Month of Sundaes” promotion being plotted by operatives within the Ithaca/Tompkins County Visitor and Convention Bureau; and

Whereas, Ithaca’s experience with ice cream sundaes is of relatively recent vintage, dating to Chester Platt’s fabrication of a cherry sundae at his drug store soda fountain in 1892, a full eleven years after Ed Berners' sundaes began broadening children’s smiles and adults’ waistlines in our community on the shore of Lake Michigan;

Now, therefore, be it resolved, that the City of Two Rivers re-asserts its status as Birthplace of the Ice Cream Sundae; and

Be it further resolved, that the City of Ithaca is hereby directed to cease and desist from its continued claims of being “Birthplace of the Ice Cream Sundae,” lest the City of Two Rivers be forced to take further action to set the historical record straight;  and

Be it further resolved that the good citizens of Ithaca are urged to henceforth direct their energies to more appropriate pursuits, like cheering on the athletic teams of Cornell University and celebrating the beauty of the Finger Lakes Region, while leaving ice cream sundaes to the town that knows them best:  Two Rivers, Wisconsin;

Be it further resolved that copies of this resolution be forwarded forthwith to Mayor Carolyn Peterson and the Common Council of the City of Ithaca, as well as to the board and staff of the Ithaca/Tompkins County Visitor and Convention Bureau, to advise them of the folly of their endeavor, along with sincere best wishes from the citizens of “The Coolest City in Wisconsin”—and Birthplace of the Ice Cream Sundae—Two Rivers. 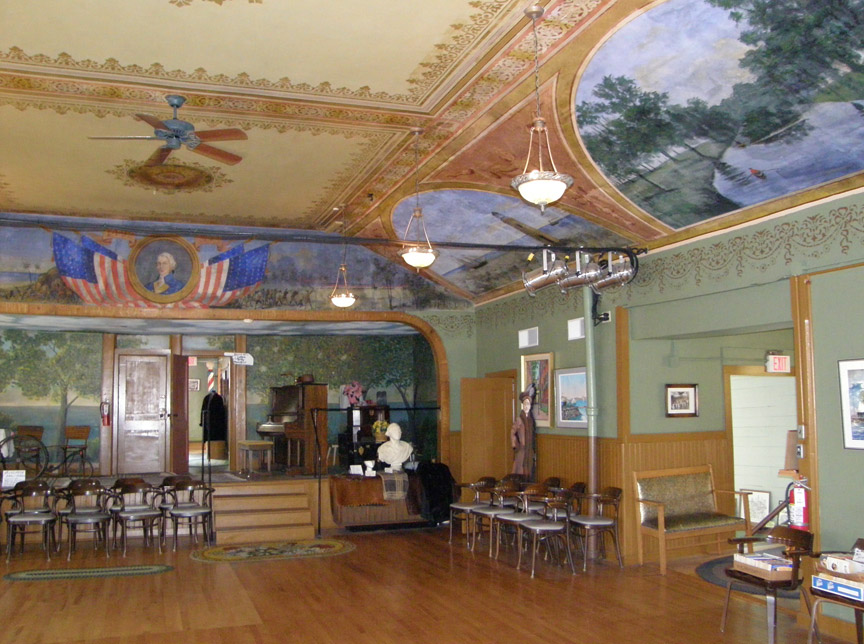 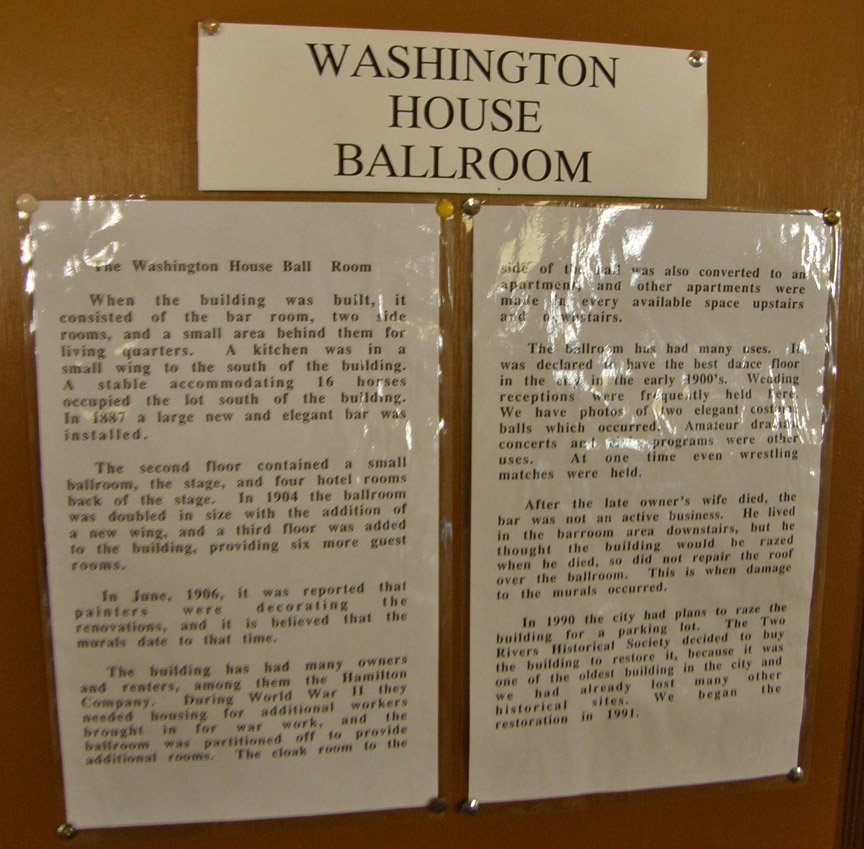 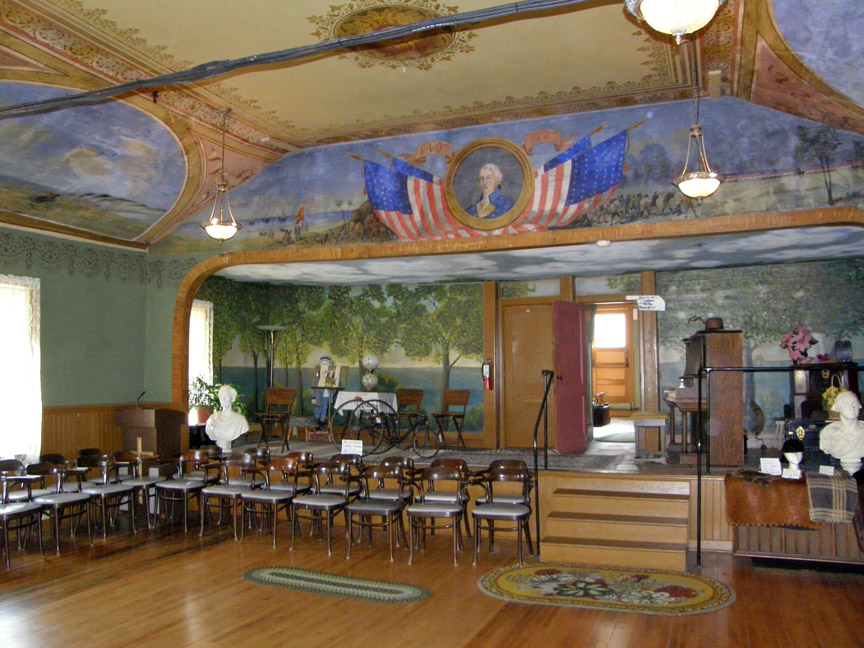 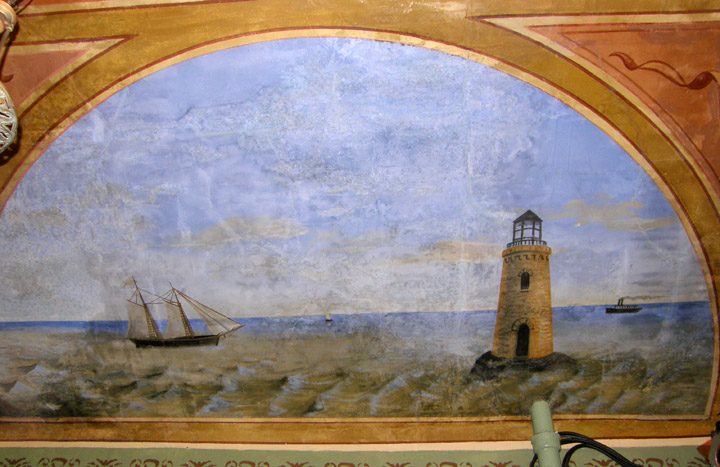 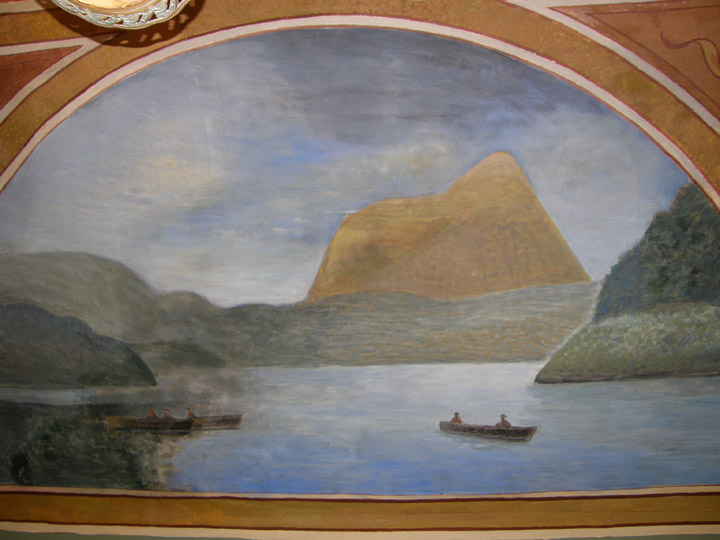 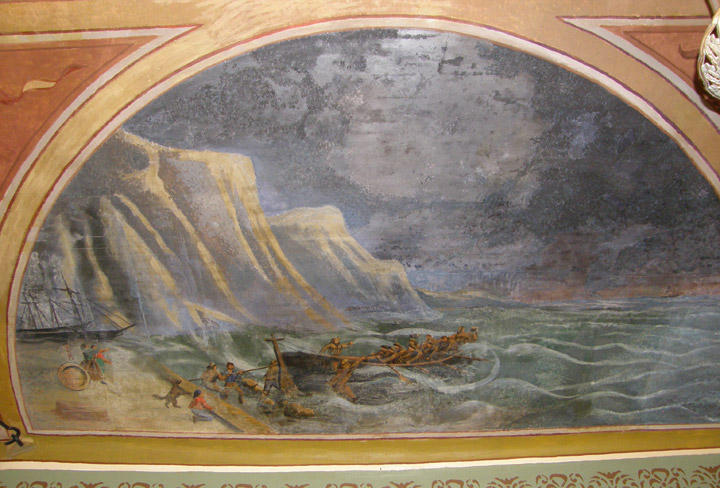 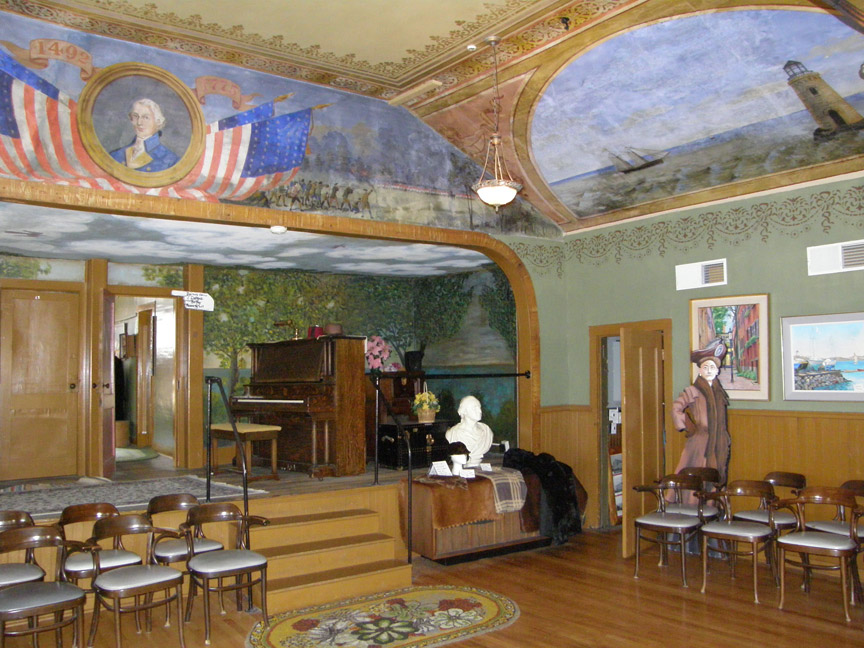