The House on the Rock 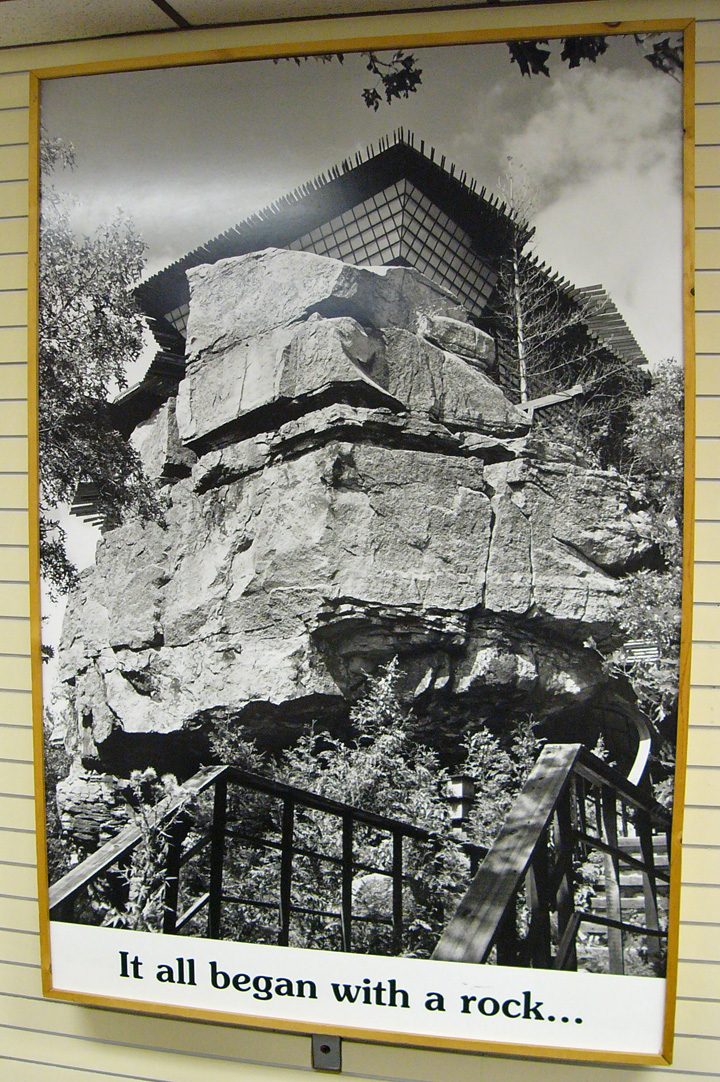 it started with a Rock 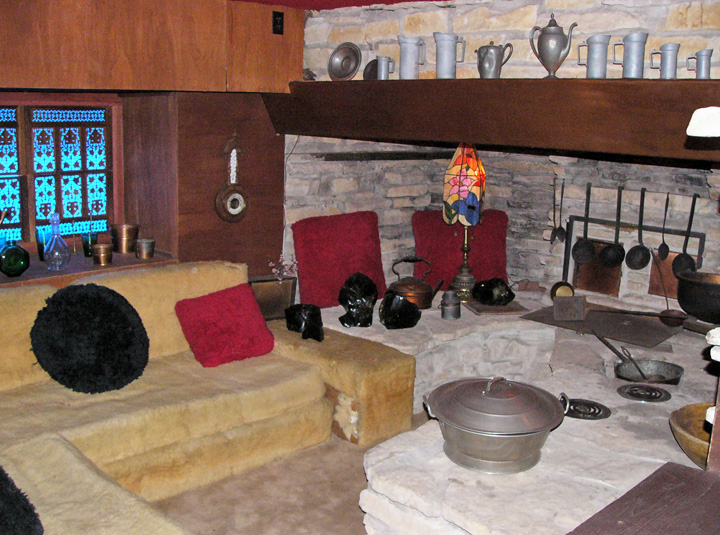 More Photos of the Interior of the House on the Rock 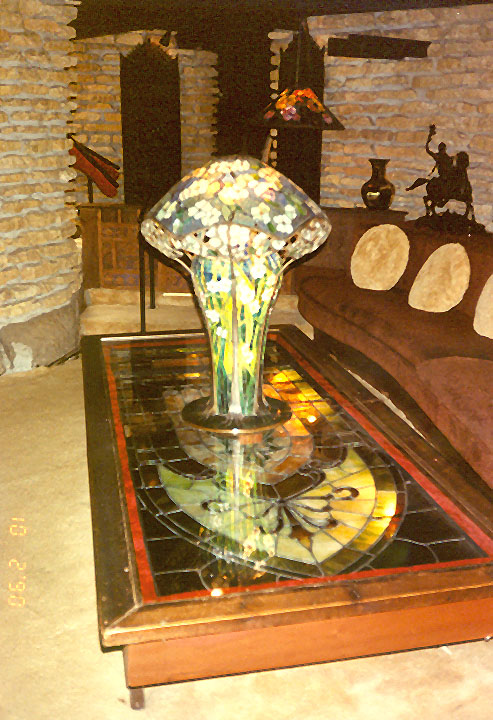 living room in the  "House on the Rock"

During the 1940's, a man named Alex Jordan discovered a 60-foot chimney of rock in the beautiful Wyoming Valley. It was then he decided to build a house on the sandstone formation called Deer Shelter Rock. Jordan built the house as a weekend retreat and never intended it to be a tourist attraction. However, people kept coming to see the architectural wonder they had heard about. Jordan eventually started asking for 50 cent donations. That was only the beginning. The 14-room house is the original structure of what is now a complex of many buildings, exhibits and garden displays. 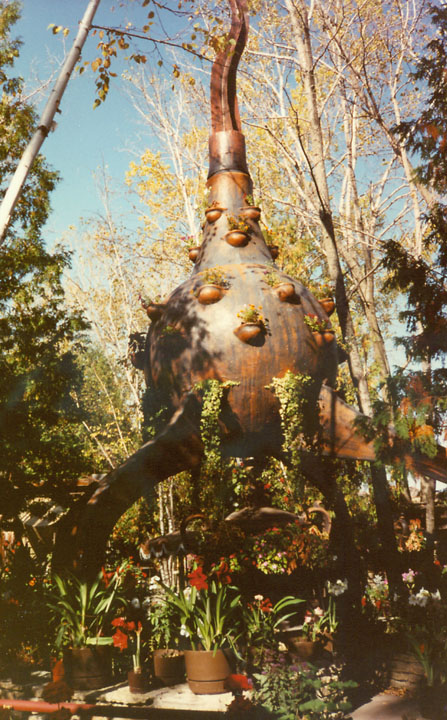 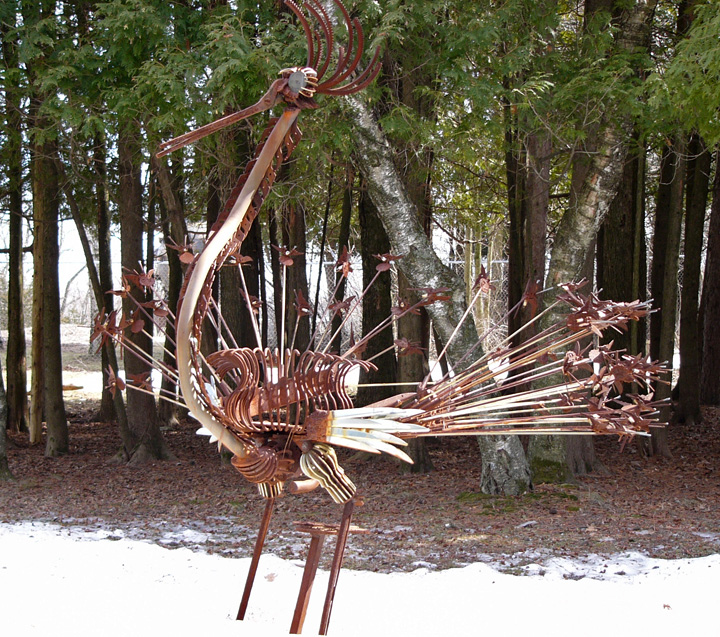 fowl on the grounds

Alex was a collector all his life and enjoyed visiting museums; however, he did not want The House on the Rock to be a museum. He intended it to be much more than that. Though parts of the collections could have easily found their way into museums, The House on the Rock is more of a trip through the wild and fantastic imagination of Alex Jordan than a visit to a dusty, lifeless museum. 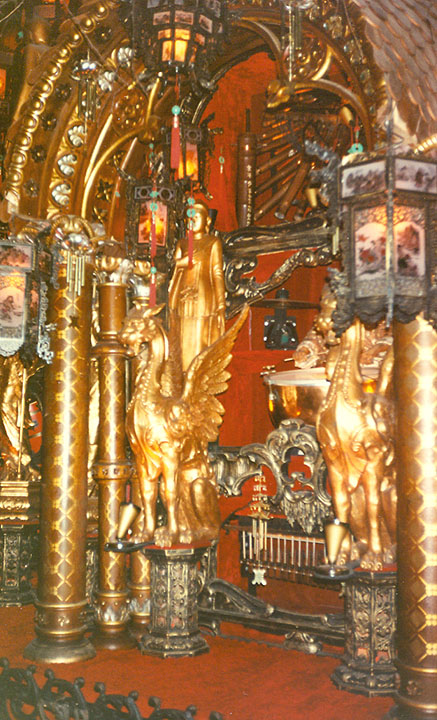 one of the mechanical instruments on display

Text from their web site    http://www.thehouseontherock.com 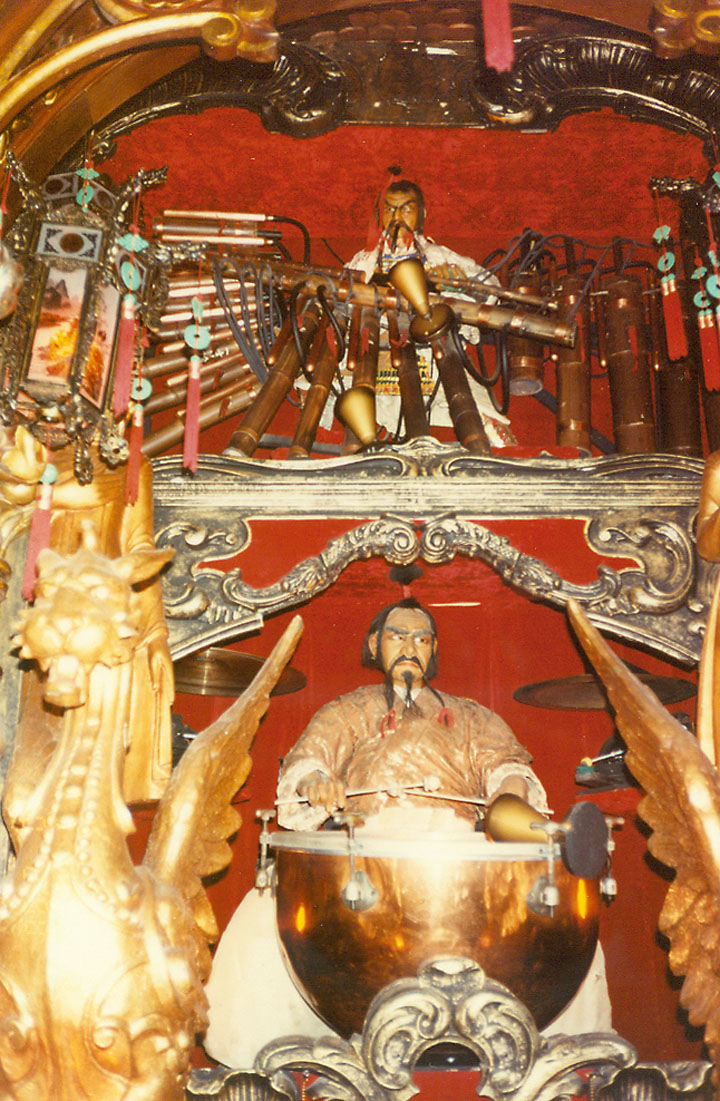 the "Mikado"
the grandest of the mechanical instruments

More Photos of the "Mikado"

Alex Johnson was once a acquaintance of Wright's, and not a very successful one. After a conversation Frank Lloyd Wright dismissed him saying, "I wouldn't hire you to design a cheese crate or a chicken coop.", Johnson built House On The Rock as a parody of Wright's house at Taliesin. 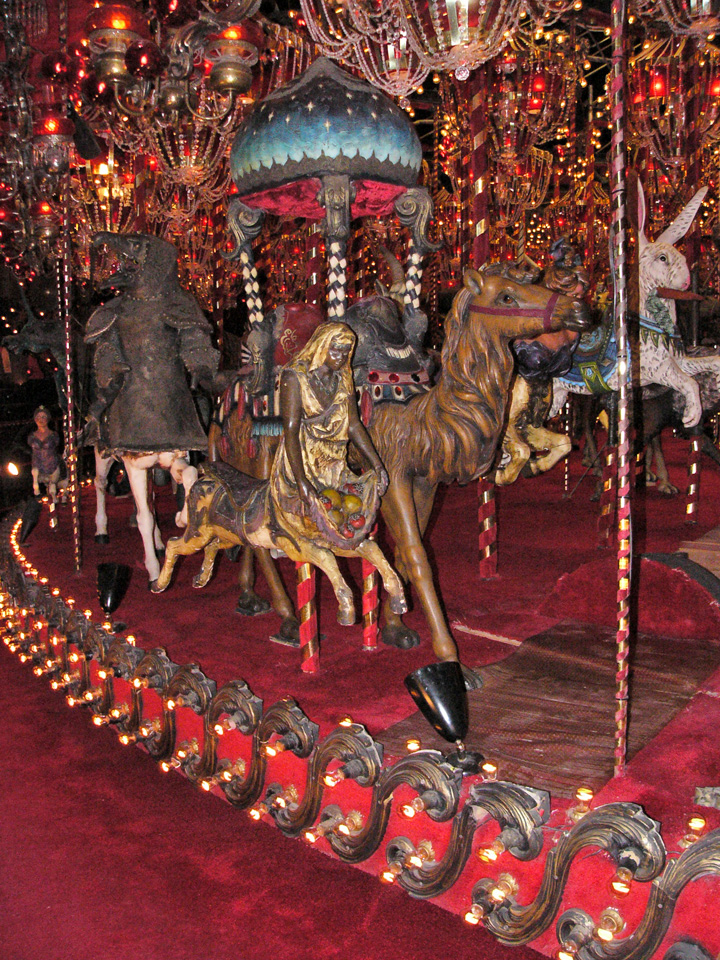 More Photos of the Carousel 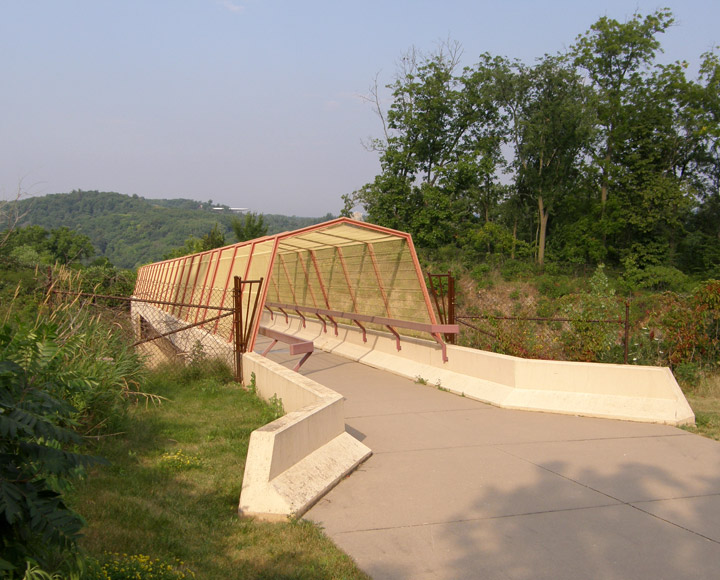 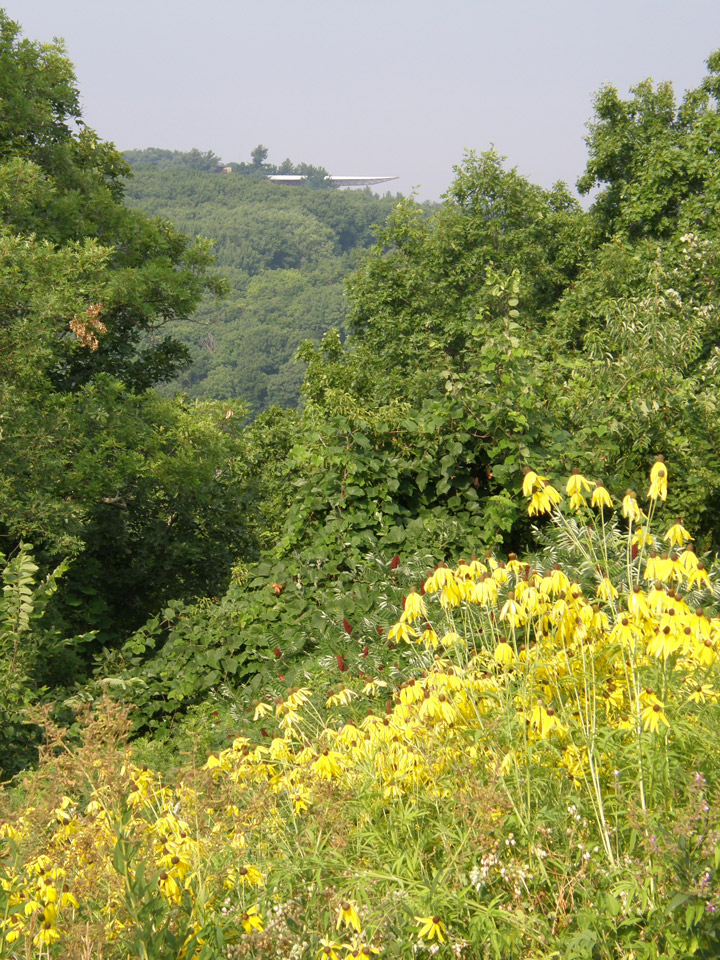 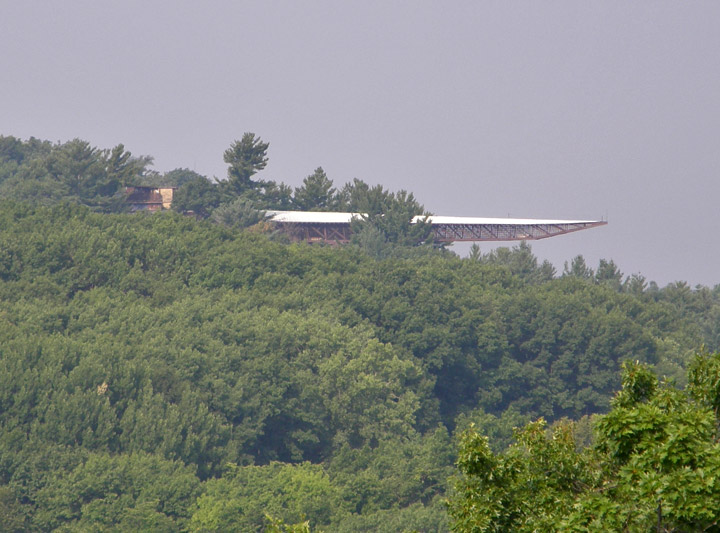 the infinity roomom
projecting over the Wyoming Valley
218 feet long, with 3,264 windows 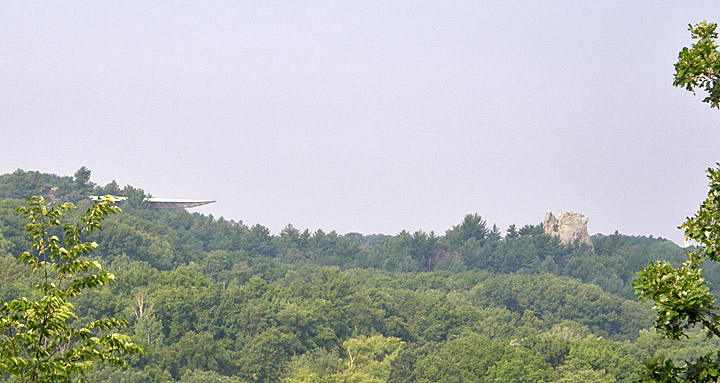 rock on the right
maybe another house?