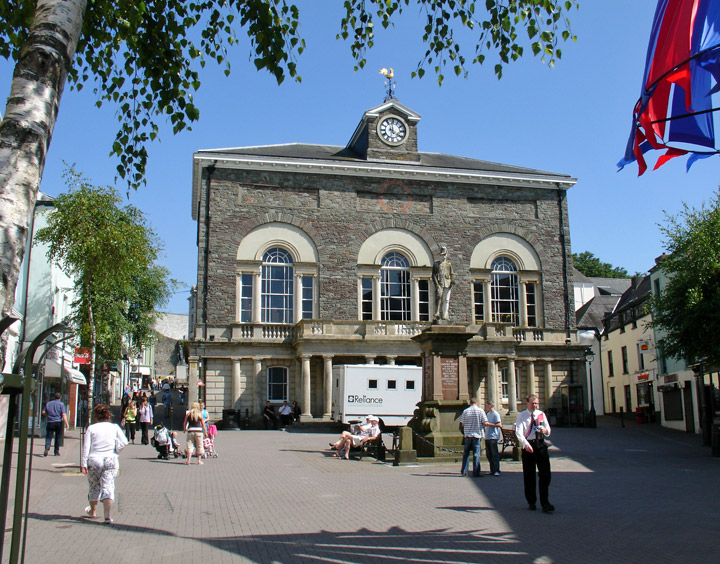 Carmarthen is the oldest town in Wa1es. Its origins go back nearly 2000 years to the Roman conquest of Wales. In about AD 75 a fort was established at Carmarthen. which was soon followed by a civil settlement. This grew into a walled town. which the Romans named Moridunum. It was the tribal capital of the Demetae. the Celtic tribe that lived in this area. The town’s amphitheatre still survives and artifacts from archaeological excavations can be seen in the County Museum. 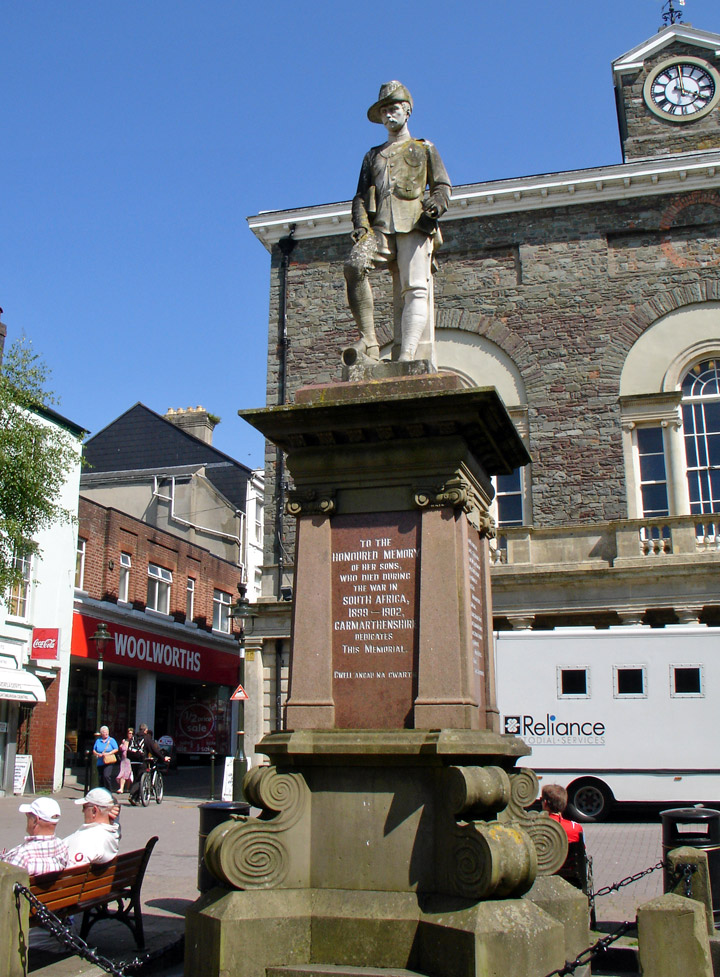 monument to those killed in the Boer War

Little is known of the town's history in the period after AD410. when Roman power declined. There is evidence for an early Christian monastic settlement to the east of the town on a site. which later became the medieval priory. Norman invaders arrived in 1093 and built a castle at Rhydygors. close to the town. This was soon abandoned and by 1109 had been replaced by a new castle built on its present site. Outside the castle gates the Normans established their new borough or market town. It was called New Carmarthen to distinguish it from Old Carmarthen. which had grown up around the remains of Roman Carmarthen and the Celtic monastery. 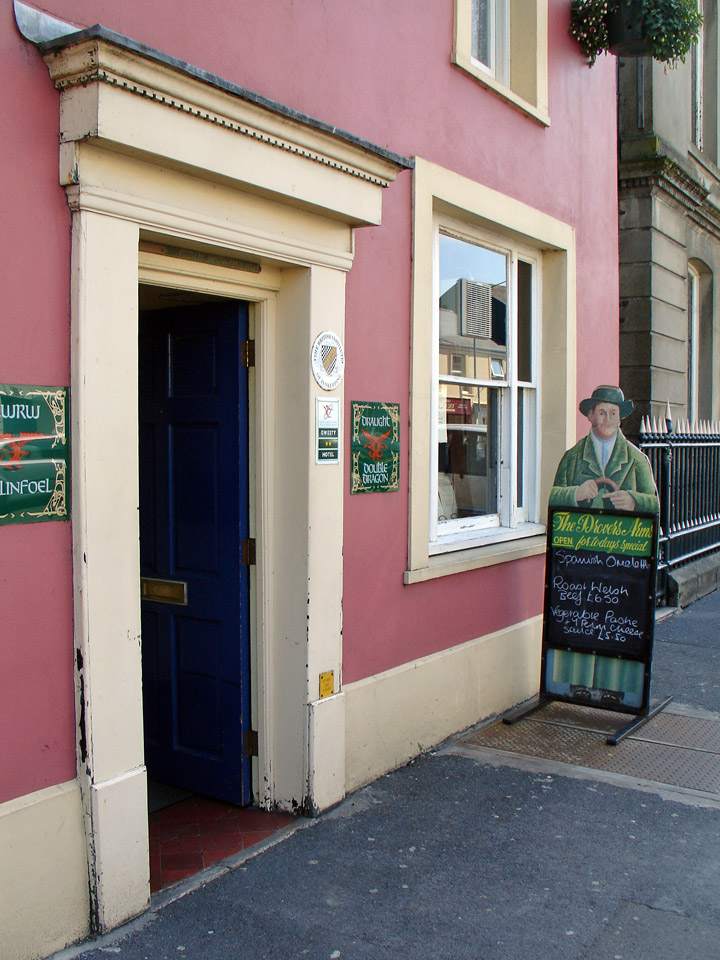 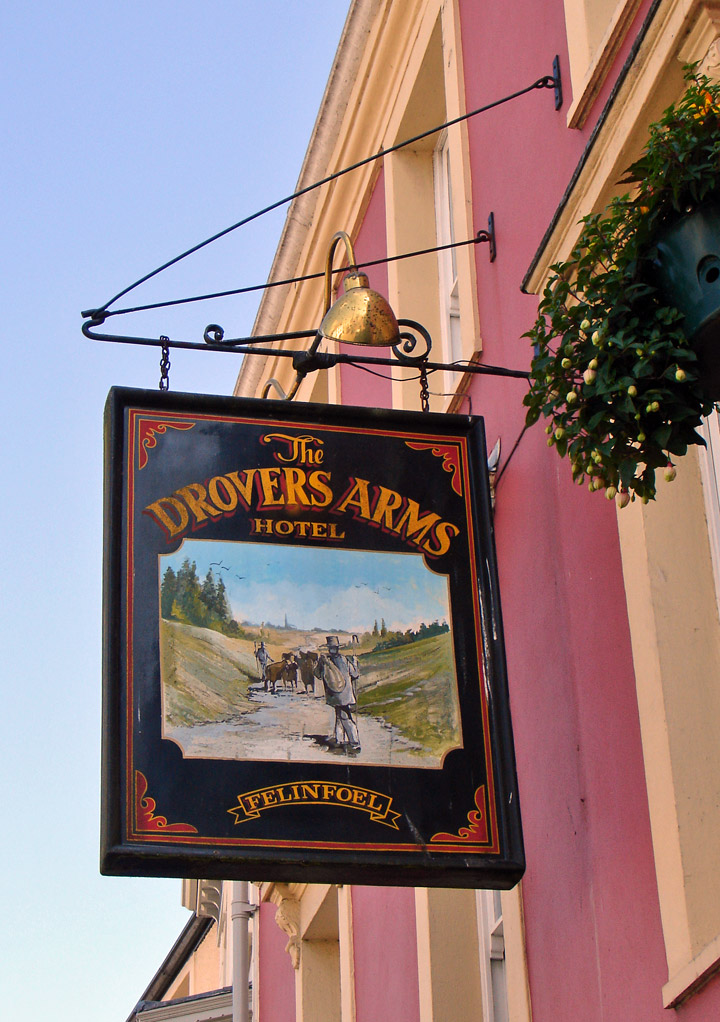 at the Drovers Arms Hotel

New Carmarthen, under the protection of its royal castle. grew rapidly. The town's stone walls were built in 1233. It became an important port trading widely in Europe. A Franciscan Friary was established and the early monastery became part of the new Prior. In the medieval period Carmarthen was the focus of numerous conflicts. Owain Glyn Dwr captured the castle and burnt the town in 1403 and 1405. New walls were built around the town in 1415. which also enclosed Spilman street and King Street. Carmarthen had been the county town since 1282 and continued to be so after Greater Carmarthenshire came into existence in 1536. It was the largest town in Wales and with a population of 2000 was twice as big as Cardiff. The town changed hands several times during the Civil War despite having new defenses to protect it. The town continued to grow and develop, becoming an important centre in Wales for printing, banking and education. Towns in South Wales grew rapidly during the industrial Revolution, outstripping Carmarthen in size and population. The town however, continued to flourish and today still remains an important regional centre. as it was nearly 2000 years ago. 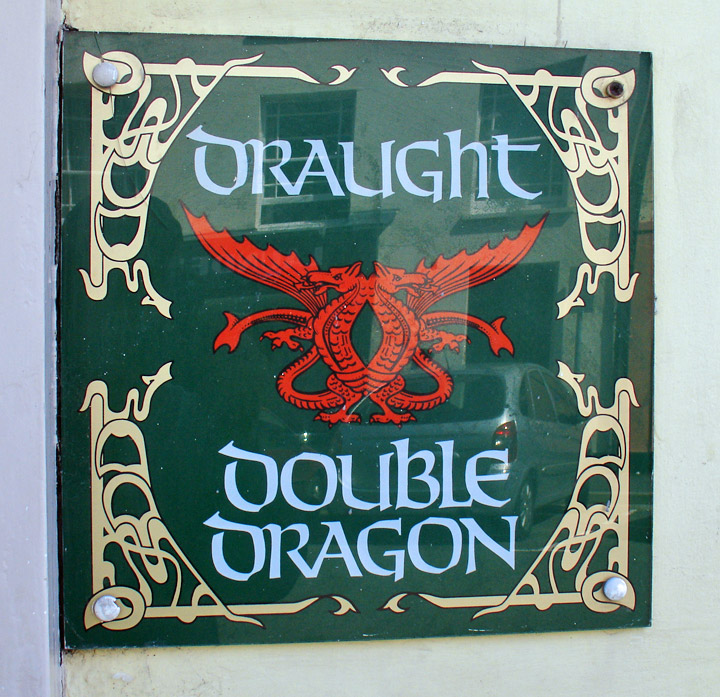 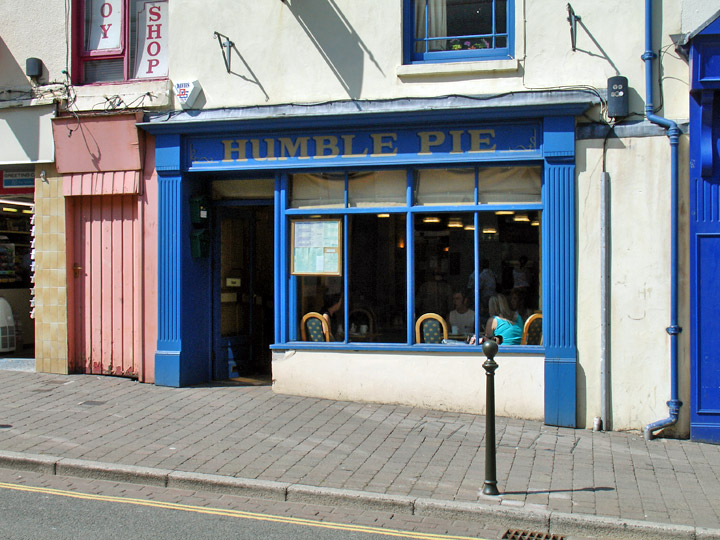 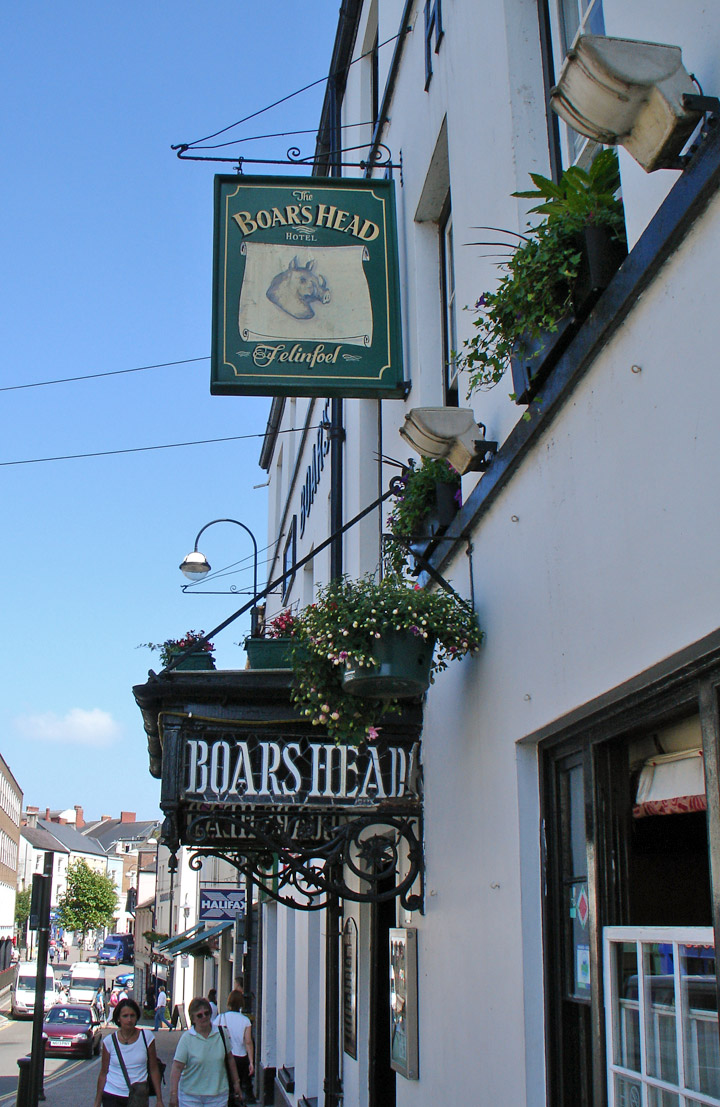 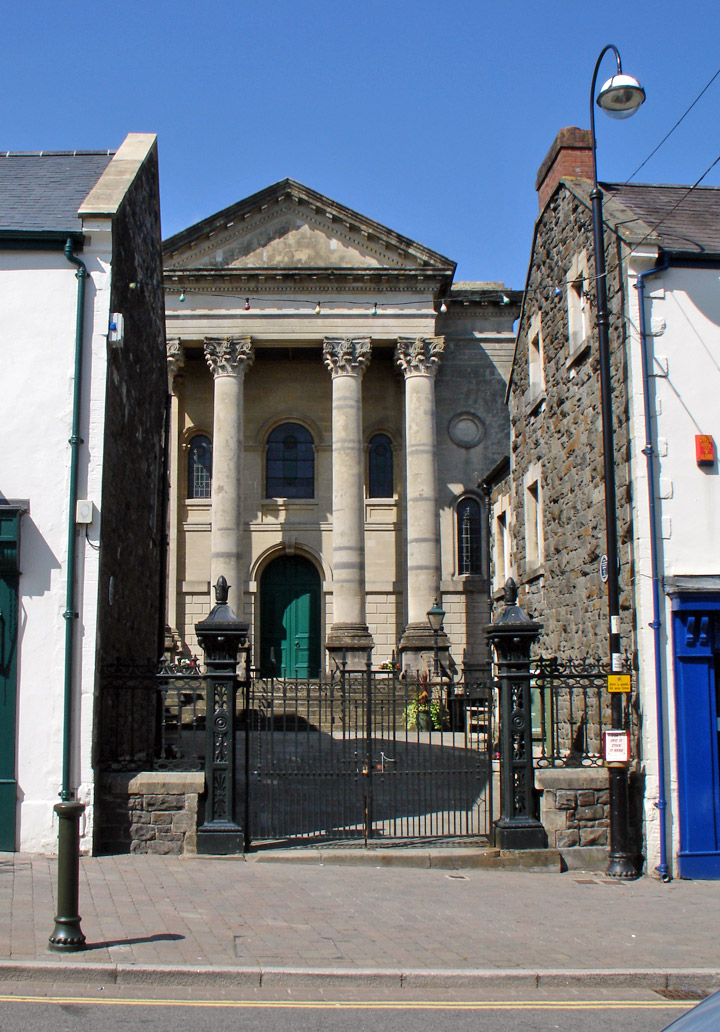 just off the main street 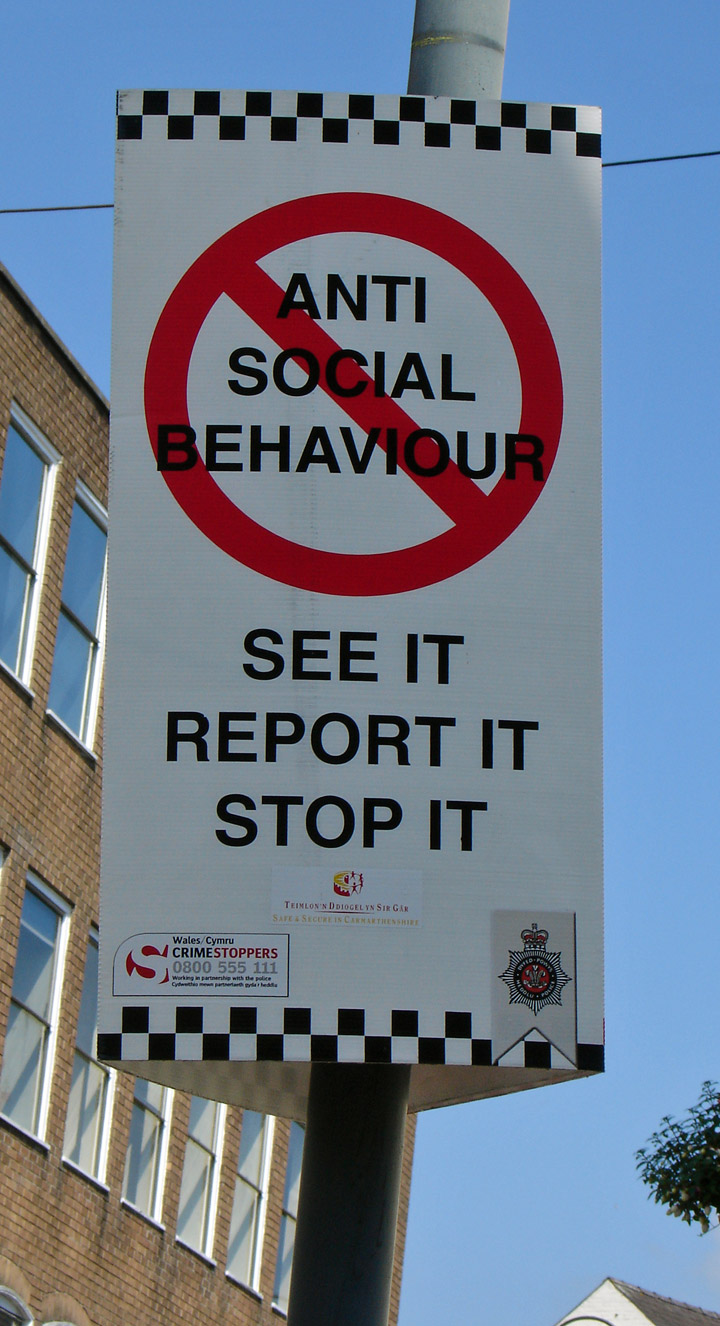 So what is Anti-Social behavior? 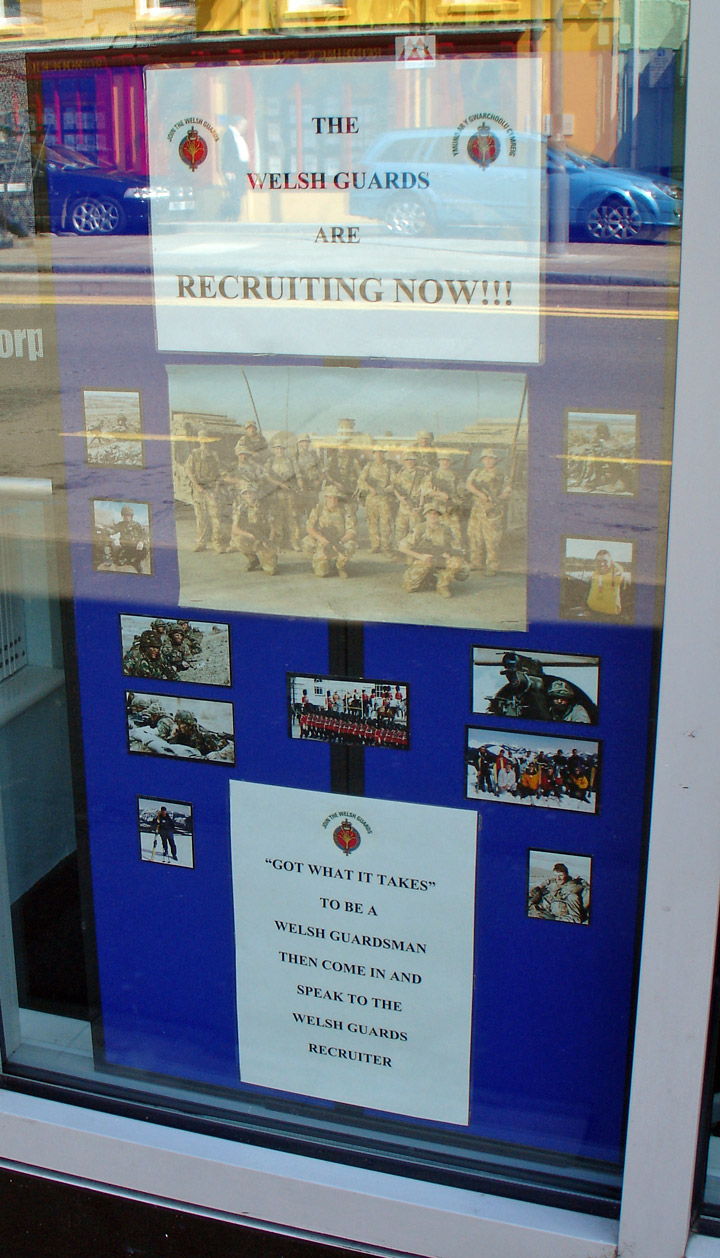 can join the Welsh Guard