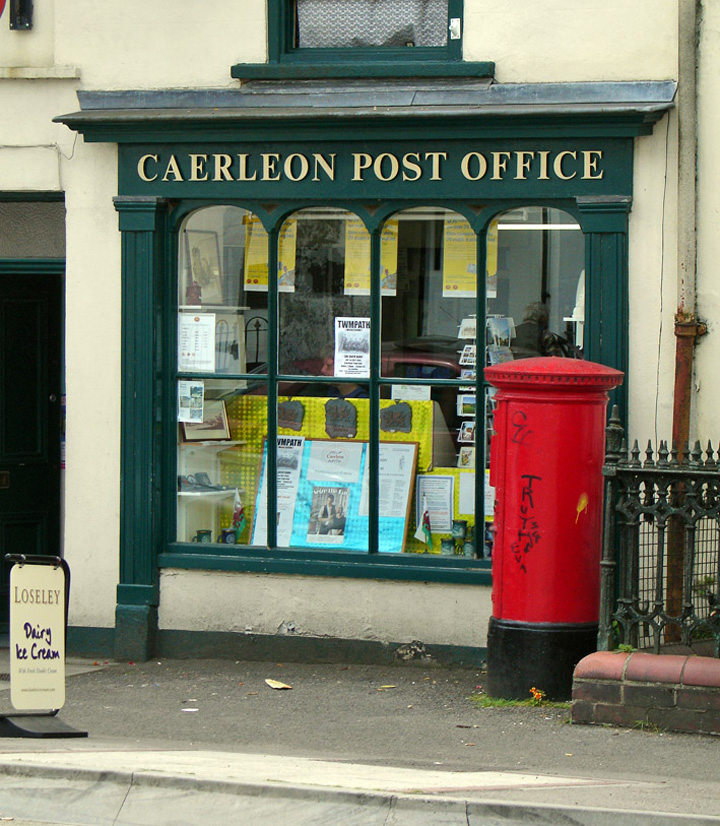 The old town of Caerleon (or Caerleon on Usk - i.e. on the banks of the River Usk in south Wales) has long been associated with the story of King Arthur.  Geoffrey of Monmouth wrote his History of the Kings of Britain around 1140 and this became one of the most important books of the Middle Ages. The book. supposed to have been based on an earlier history is the main source of all the later Arthurian legends. King Arthur ranges far and wide over Britain but for several years he is supposed to have held court at Caerleon. 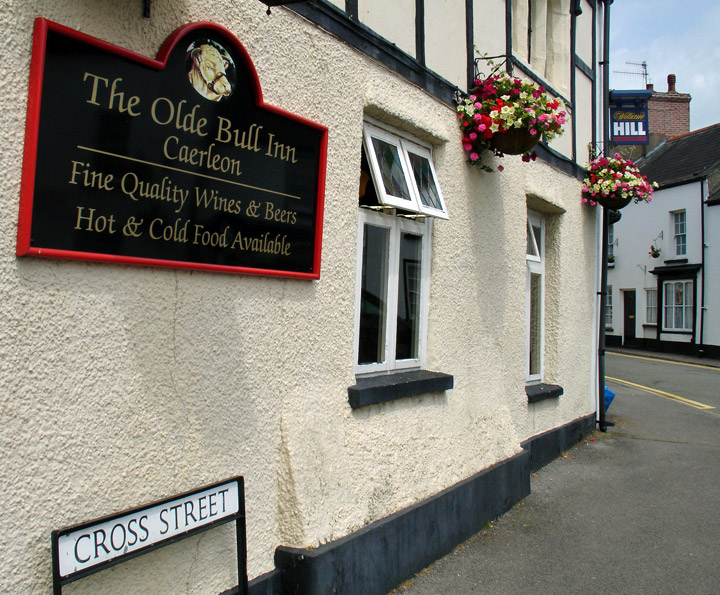 The story of King Arthur’s Round Table appeared in a work by the chronicler Wace dating from 11 55.  It is tempting to see the remains of the Roman amphitheatre in Caerleon as a prototype Round Table.  Long after the withdrawal of the Roman legion (II Augusta).  Caerleon. would have been one of the wonders of Britain. The amphitheatre (built to hold an audience of up to 6.000 people) would have been a very impressive ruin and a tangible link with the dimly remembered. comparative security of Roman times. 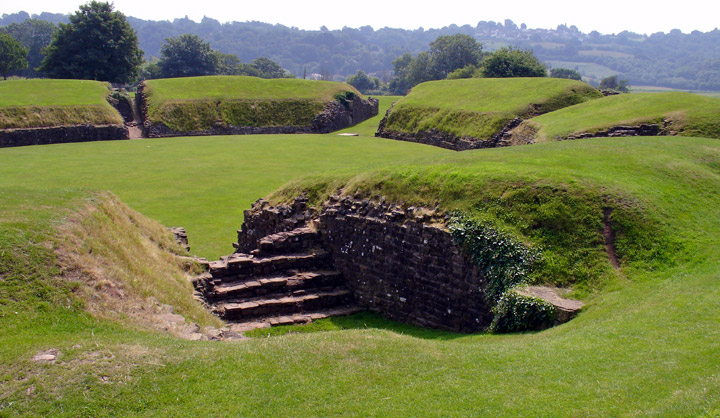 More Photos of the Roman Amphitheatre

The amphitheatre was excavated in 1926/7 with support from Britain's Daily Mail newspaper and the Loyal Knights of the Round Table of America.  Little of the structure remains above ground level but the arena and various entrances are well defined and very evocative. 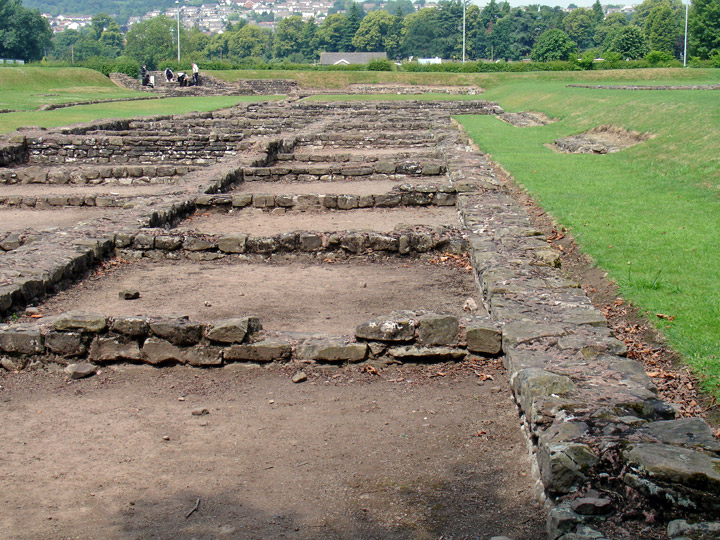 foundations of the Roman Barracks

More Photos of the Roman Barracks

The foundations of the Legionary barrack blocks and the excellent Legionary museum offer a worthwhile experience. In the museum is  a collection of small semi-precious stones collected from the drainage system of the Roman baths. Many of these are engraved with tiny designs and survive as a testament to the skills of the jewelers of antiquity. 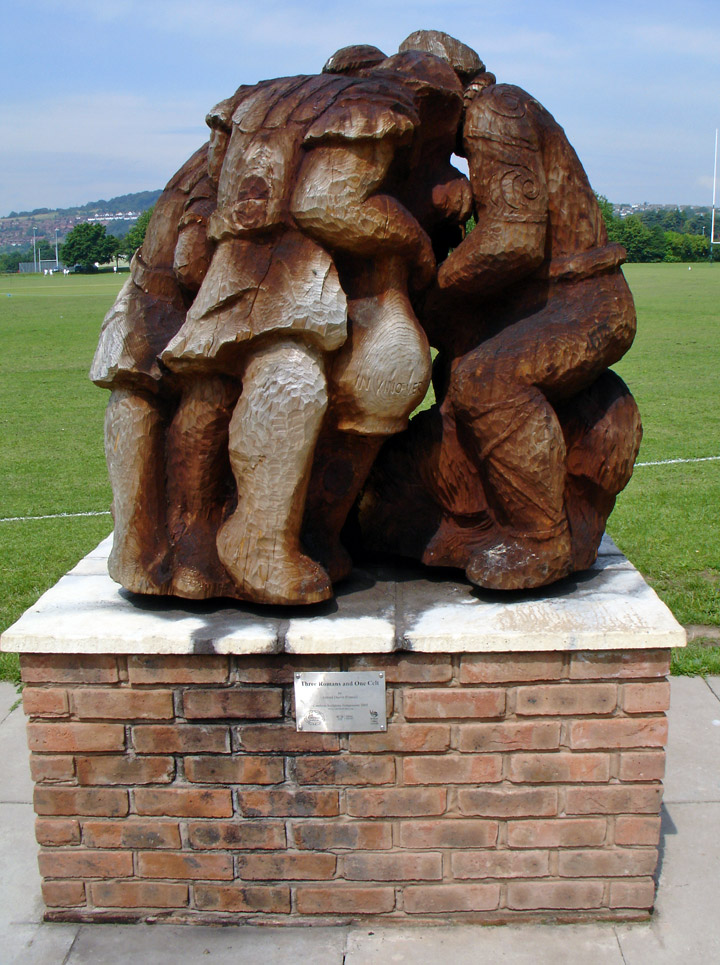 Three Roman's and One Celt 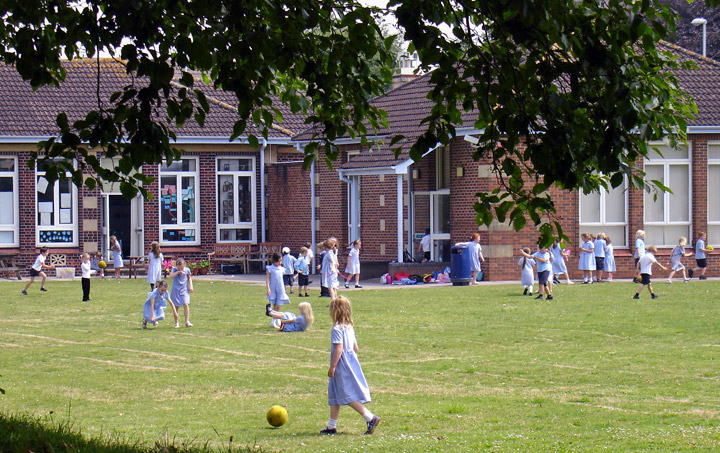 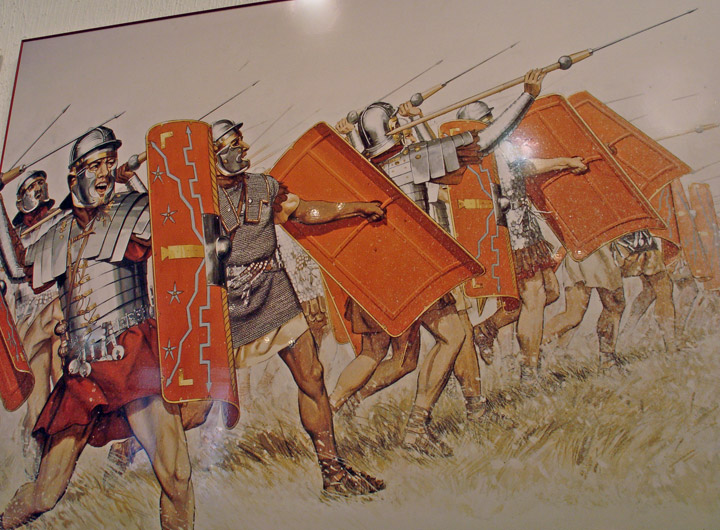 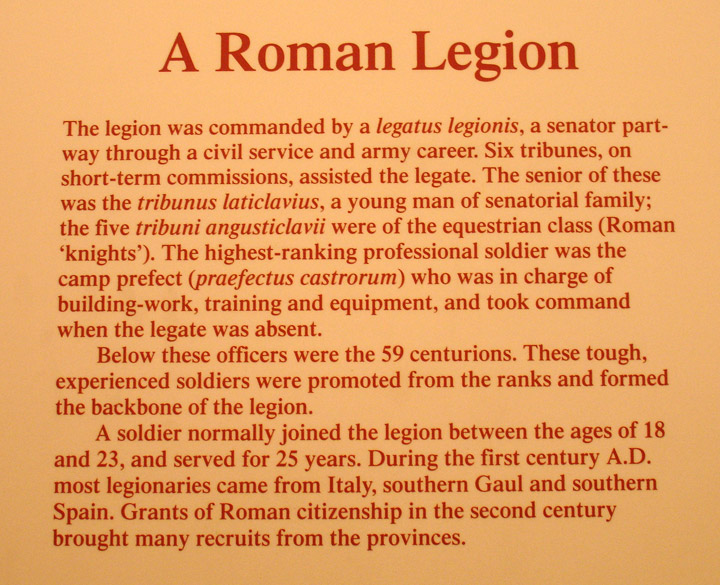 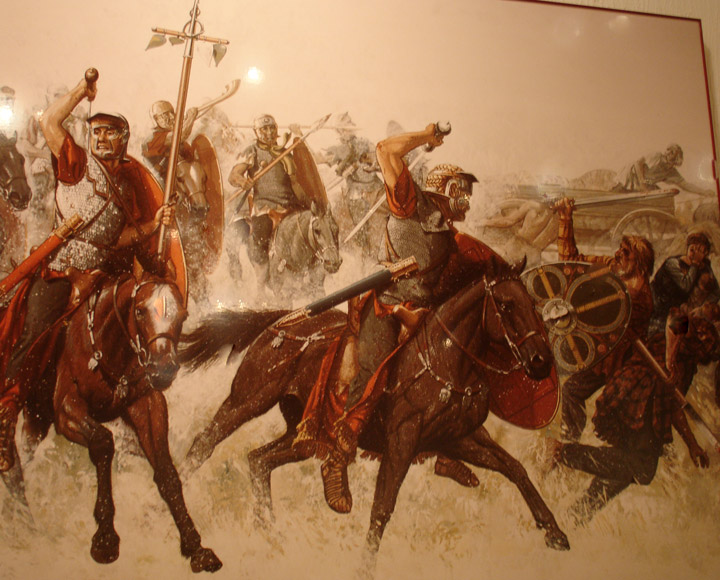 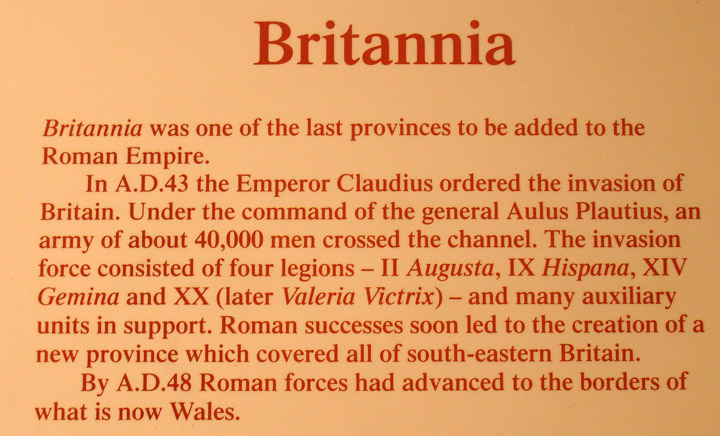 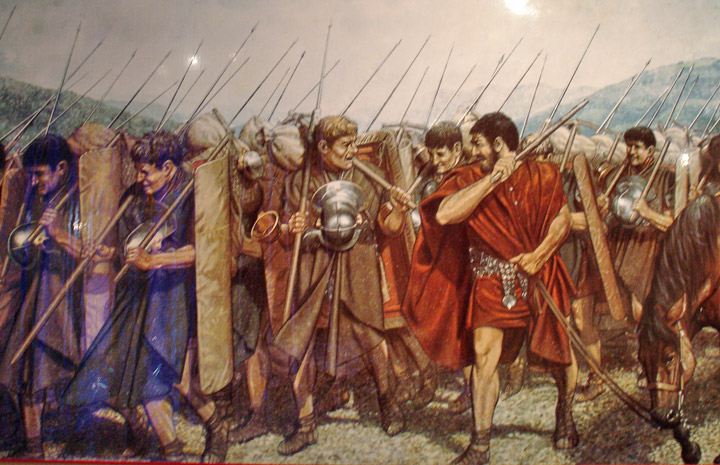 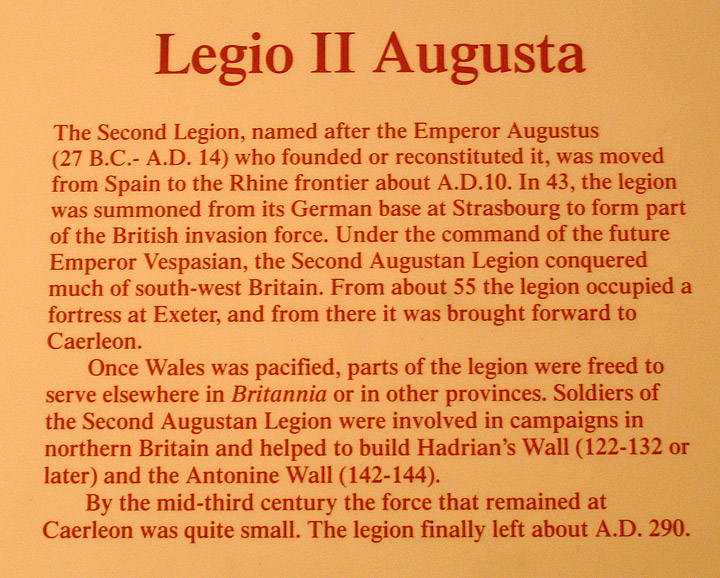 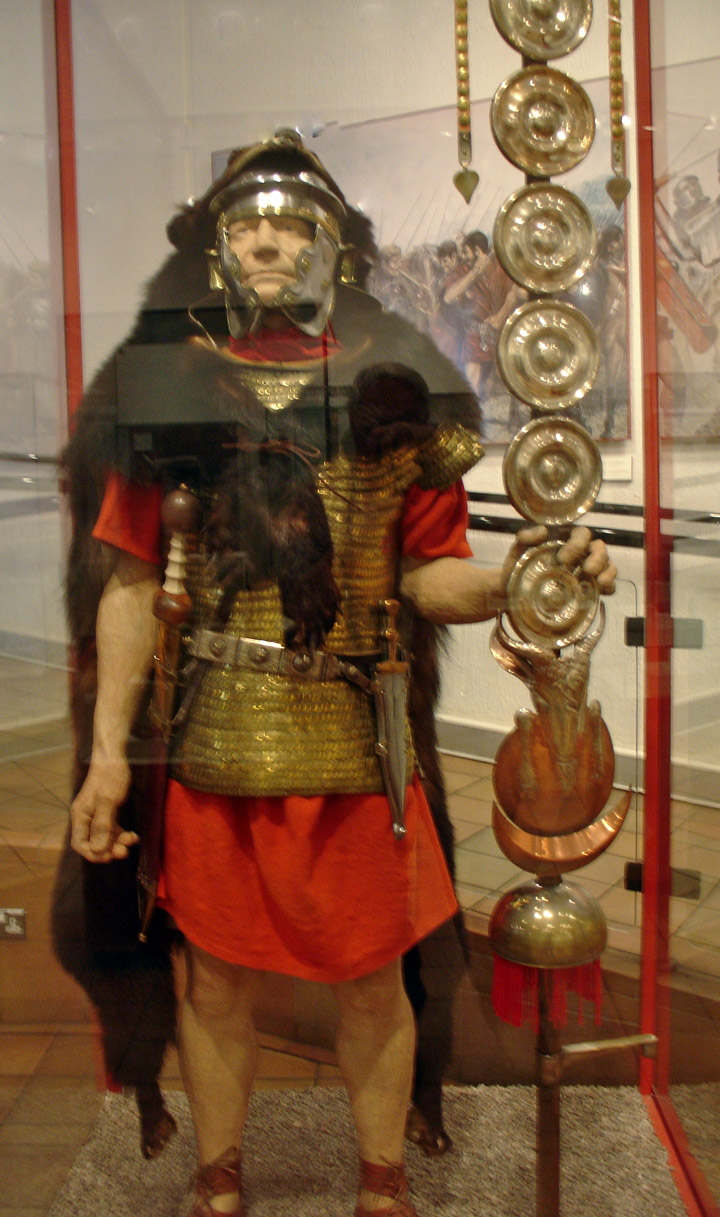 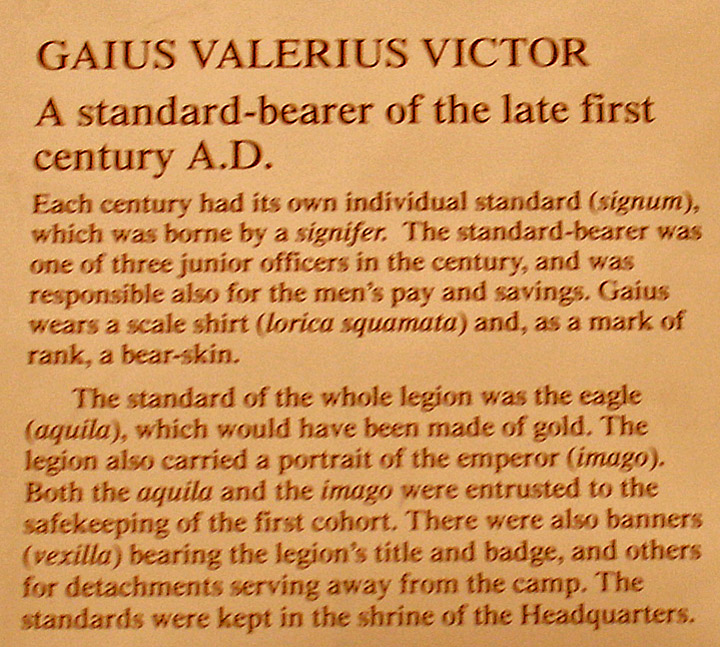 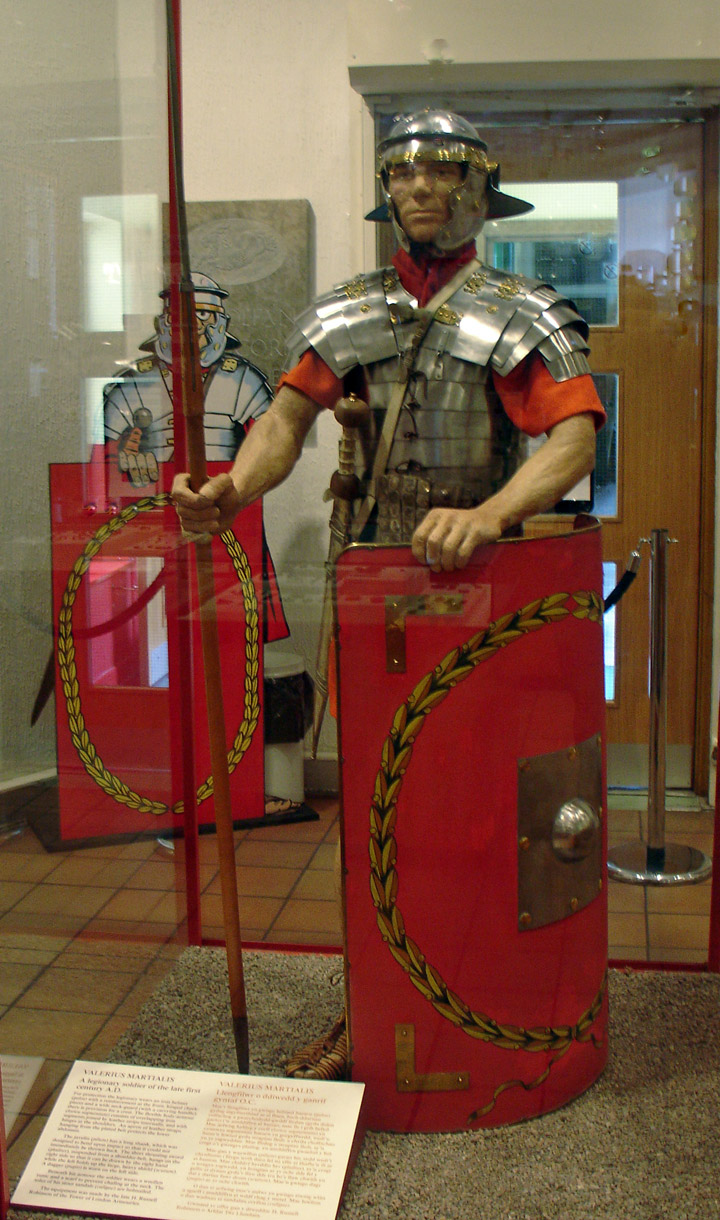 Roman soldier of the First Century A. D.

Photos of the Roman Museum