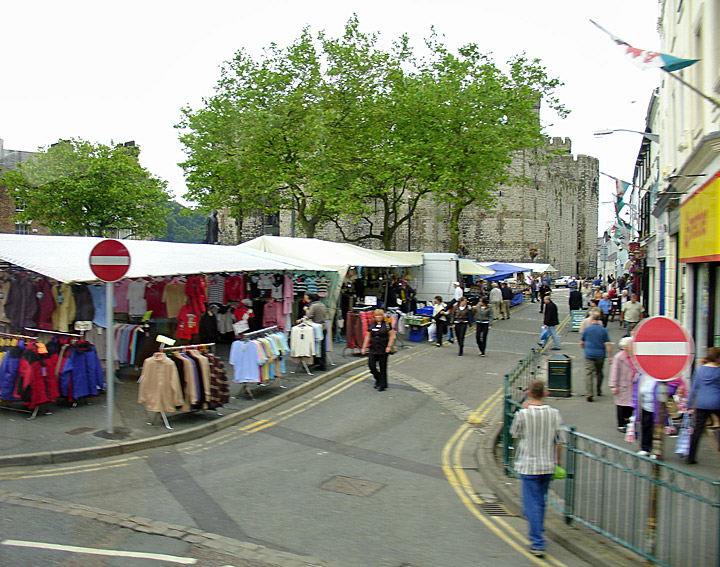 Caernarfon is architecturally one of the most impressive of all of the castles in Wales. Its defensive capabilities were not as overt or as powerful as those of Edward I’s other castles such as Harlech and Beaumaris (which indicate the pinnacle of castle building and defenses in Britain). but Caernarfon was instead intended as a seat of power - and as a symbol of English dominance over the subdued Welsh. 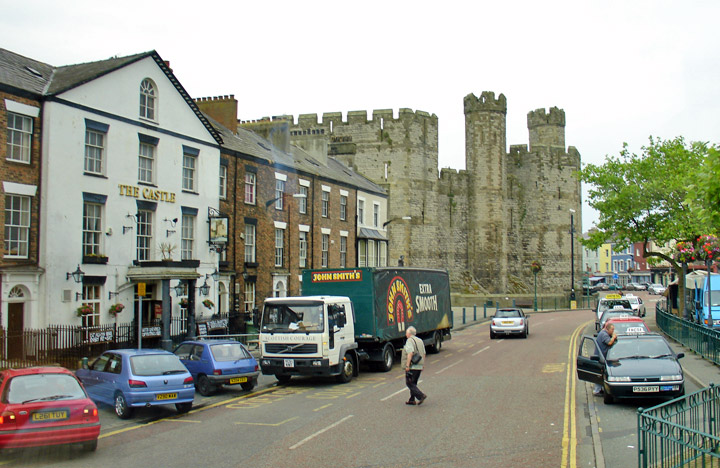 castle in the center of the town 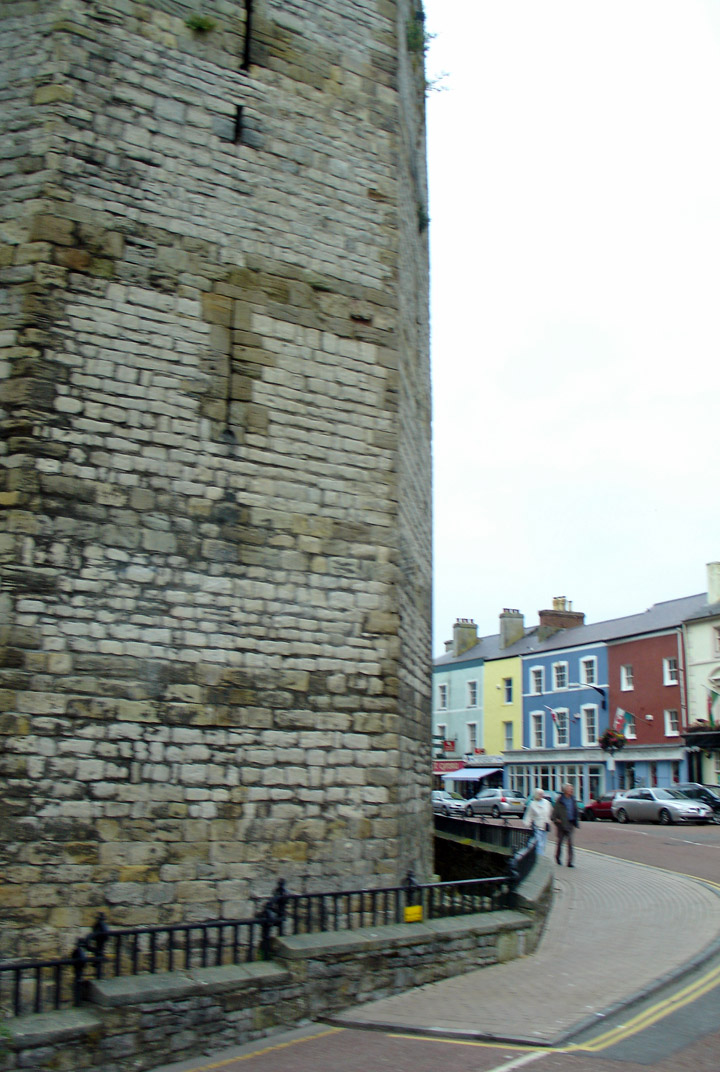 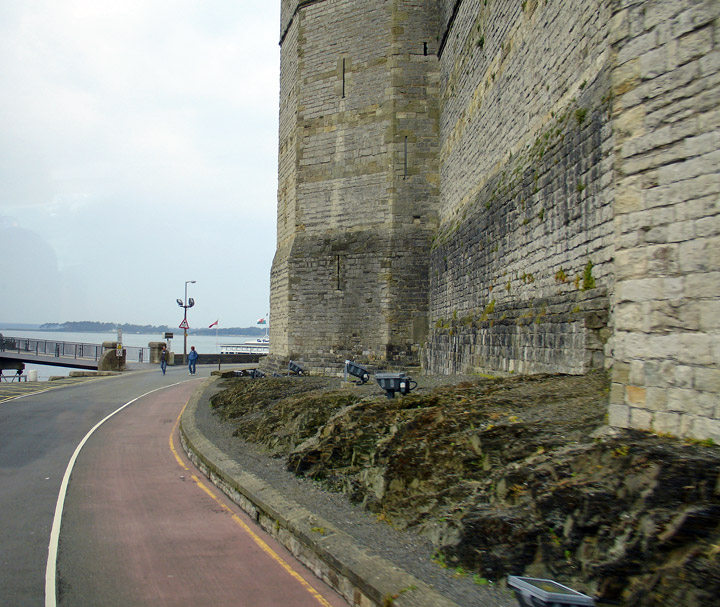 built on the shoreline

As with all of the castles of Edward’s Iron Ring. Caernarfon was built on the shoreline.  At Caernarfon, Edward also built a town. destroying the origina1 Welsh settlement beforehand. Material for the building of the castle, town, walls. gates, and important quay were ferried in by sea. All of the initial building took place as a single operation, started in the summer of 1283. The first recorded entry of work was on the new castle's ditch. separating the castle from the fortified town: this occurred on June 24th. Next, as with most castles built in enemy territory, a wooden barricade was erected to defend the building works from attack. Timber was shipped in from Liverpool. Rhuddlan. and Conway, and laborers began to cut the moat - this also supplied the rock for the walls (which were twenty foot thick at their base). 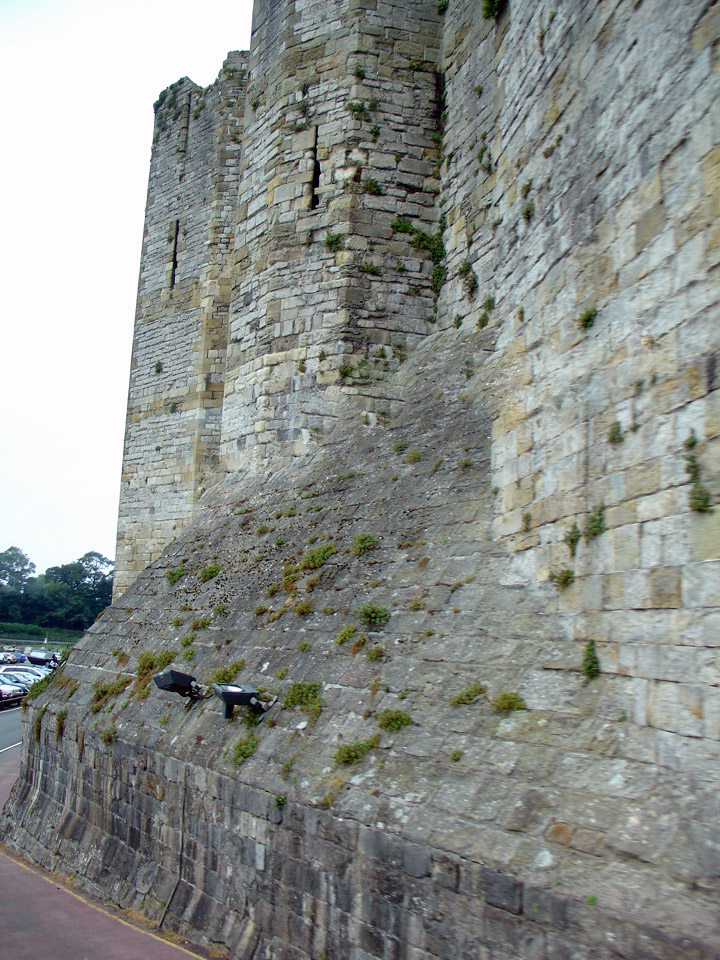 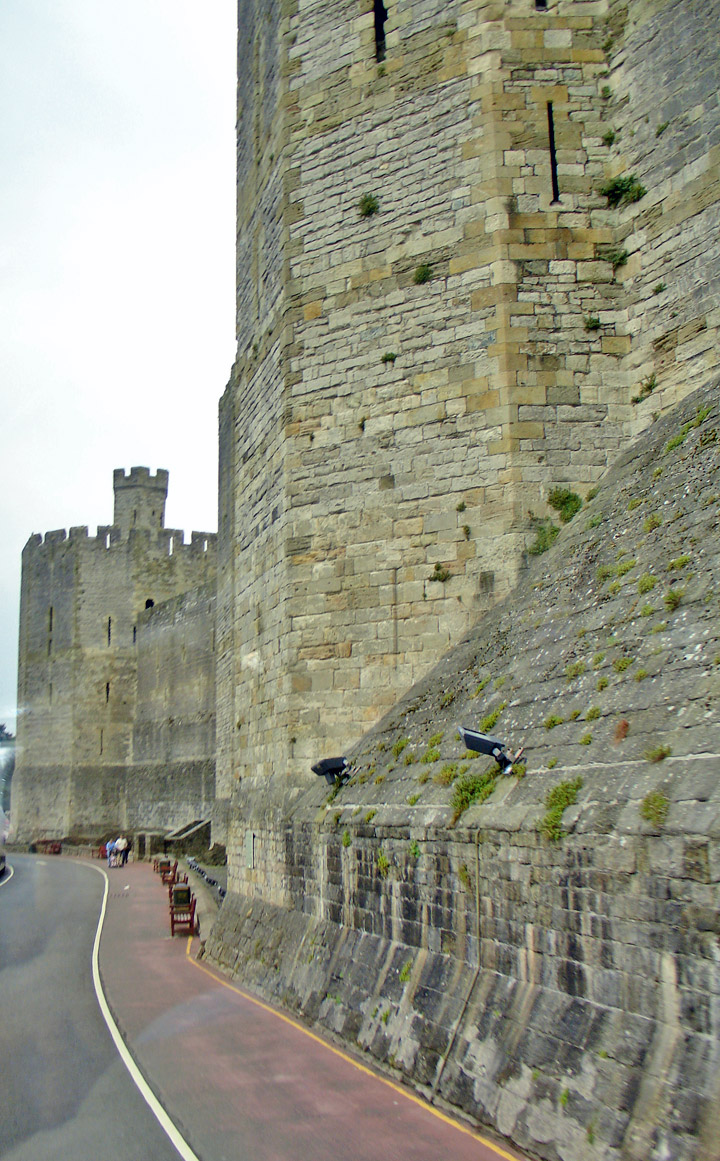 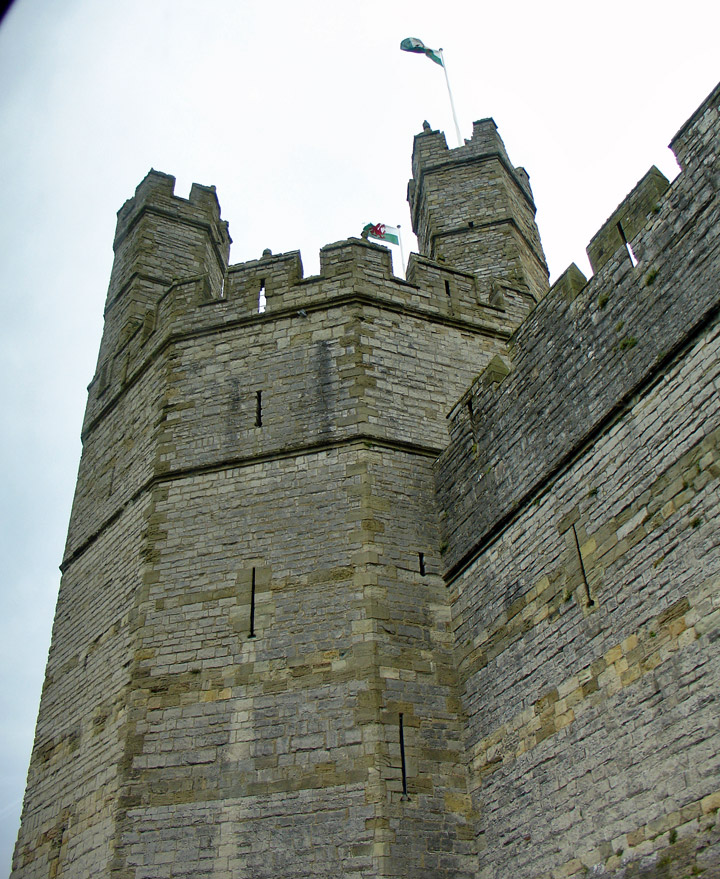 The Welsh township was also demolished at this time. The only tower of the castle completed during the first phase of building was the Eagle Tower: the main priority was to make the site defensible, before later adding the impressive architecture of dominion’s new capital. Work continued swiftly and the castle and town walls were substantially completed by late 1285. The architect for this first building phase was Master James of St George - a renowned and gifted castle architect - and from 1283-92. £12,000 had been spent. 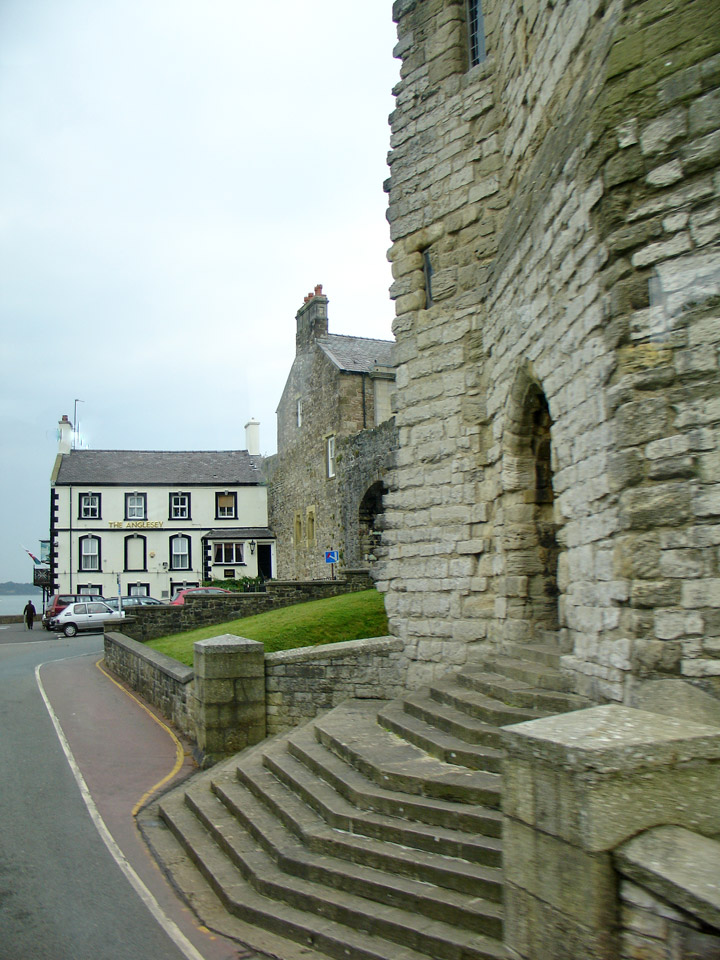 Anglesey Arms next to the castle 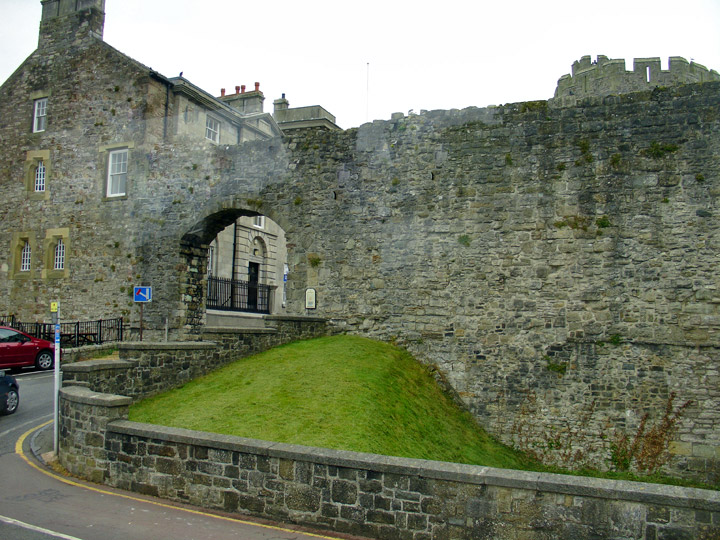 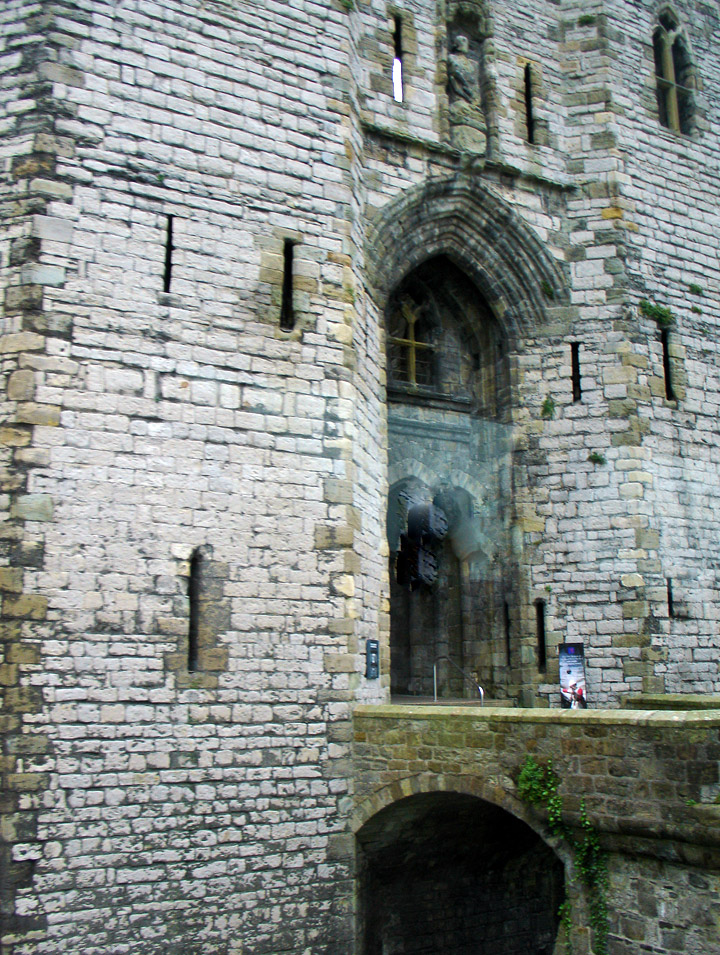 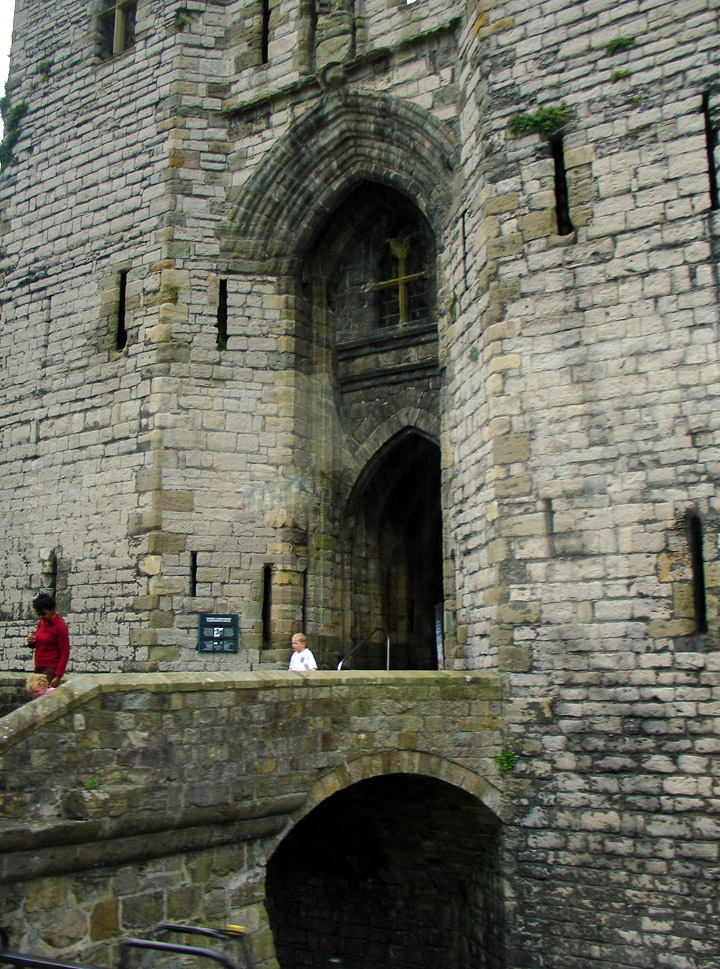 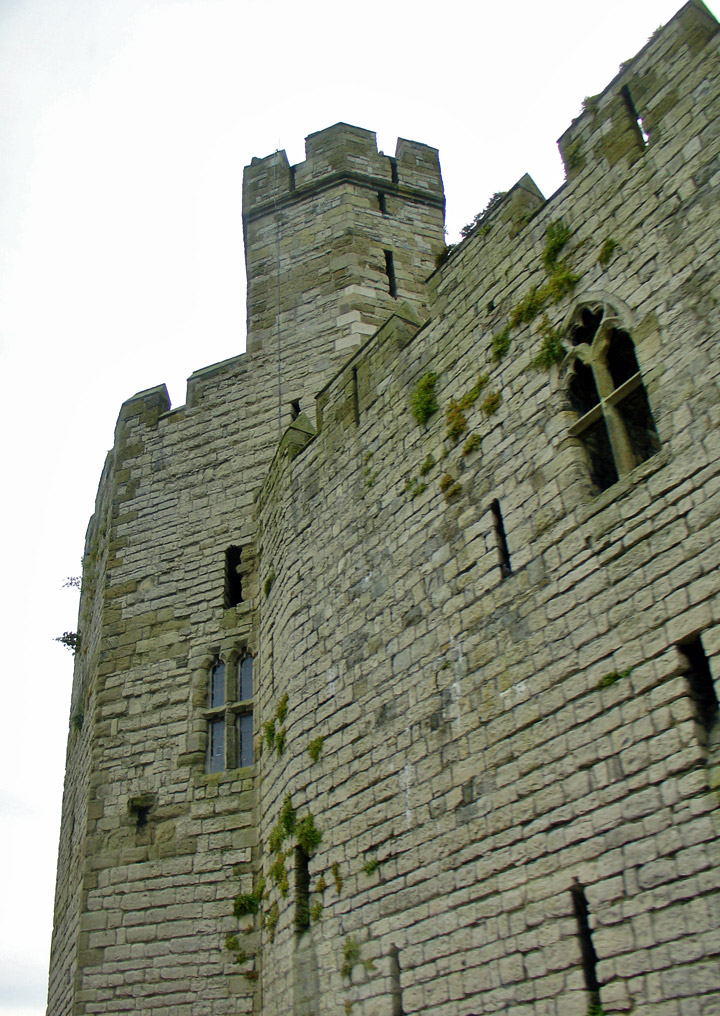 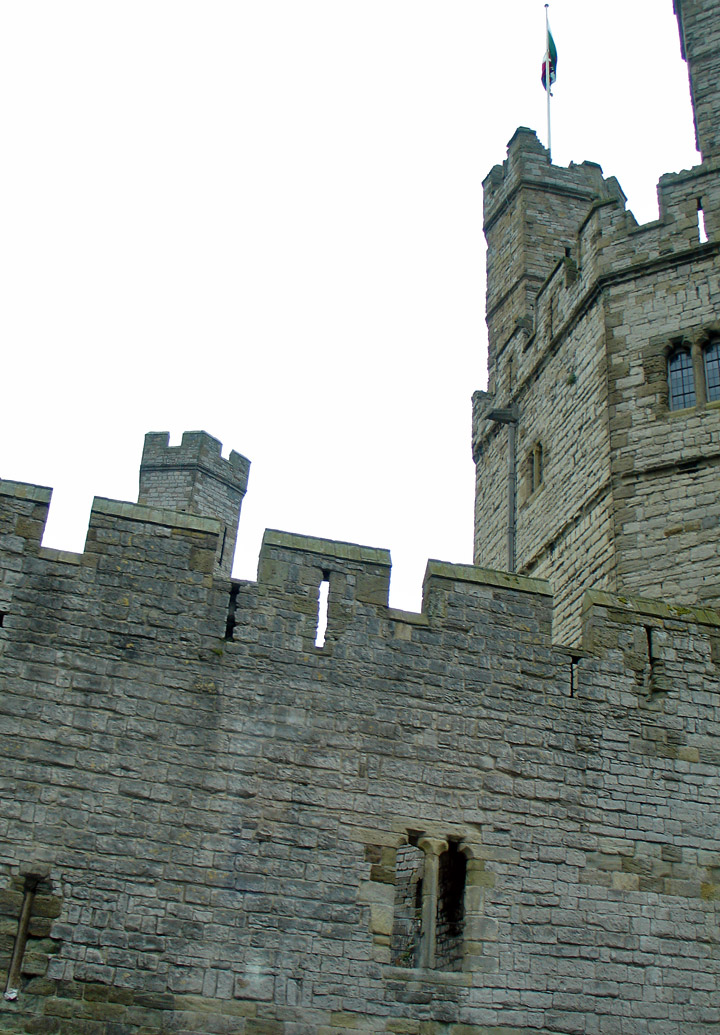 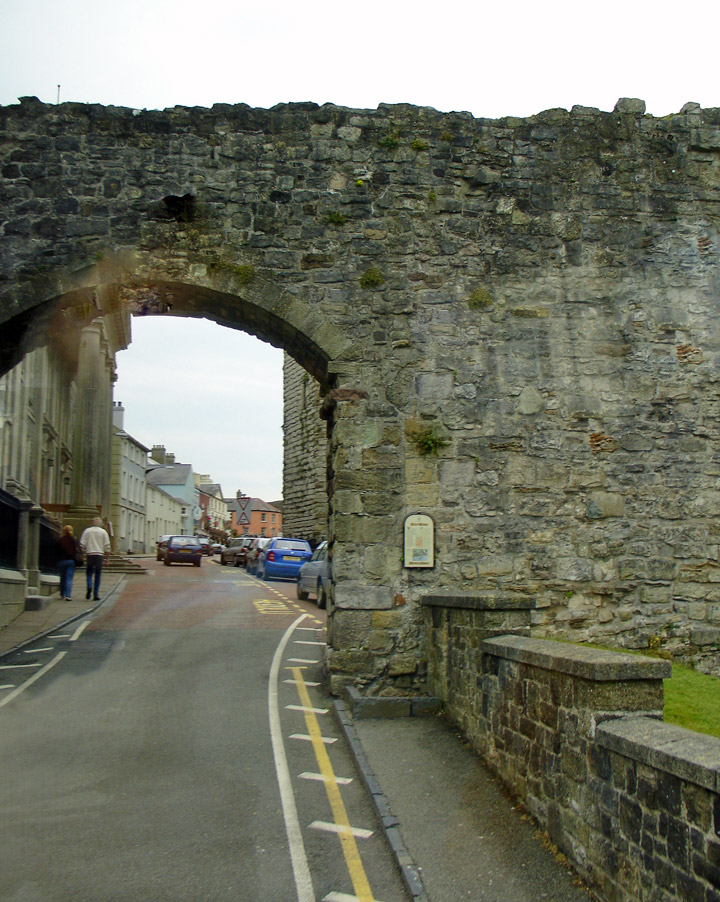 At the end of the first building phase. the north wall of the castle had no wall, and was instead defended by the town walls and a wide rock cut ditch. Madog ap Llywelyn overran the castle through this ditch in his revolt of 1294. and succeeded in burning part of the castle and damaging the town walls. The English retook the castle next summer. and orders were given to make the castle defendable again by 11th November 1295. The town walls and castle were repaired. and the north wall of the castle was finally added. including the King’s Gate. By 1330. the building payments ceased and the castle stood with similar looks as it does today. Overall, the expenditure on Edward I’s grandest castle had been £25,O00 over 50 years. 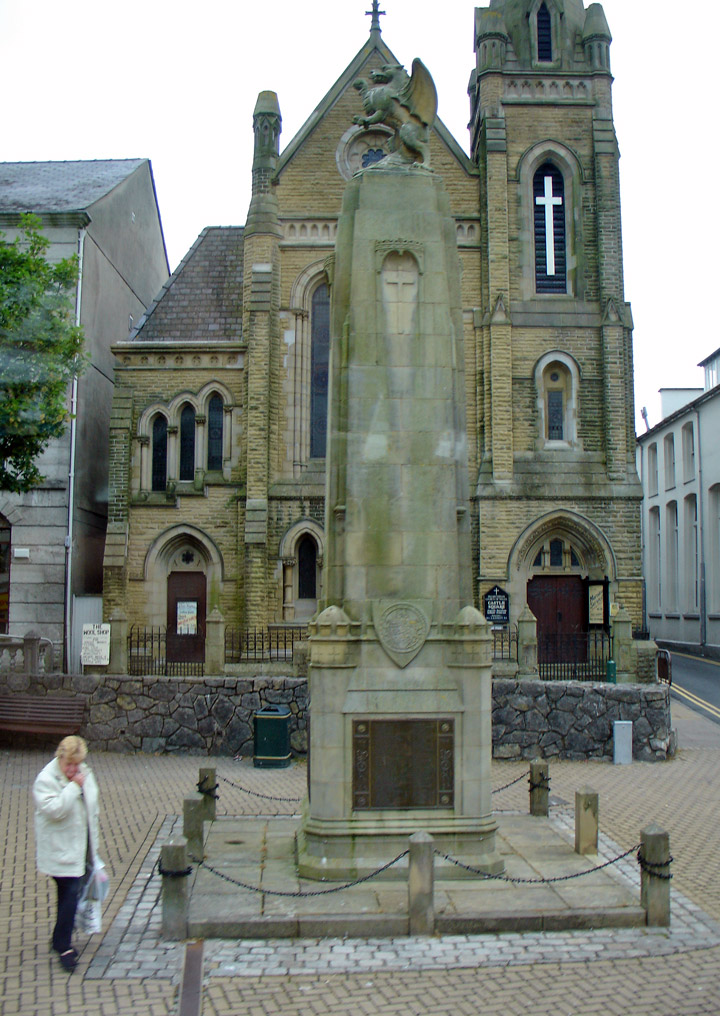 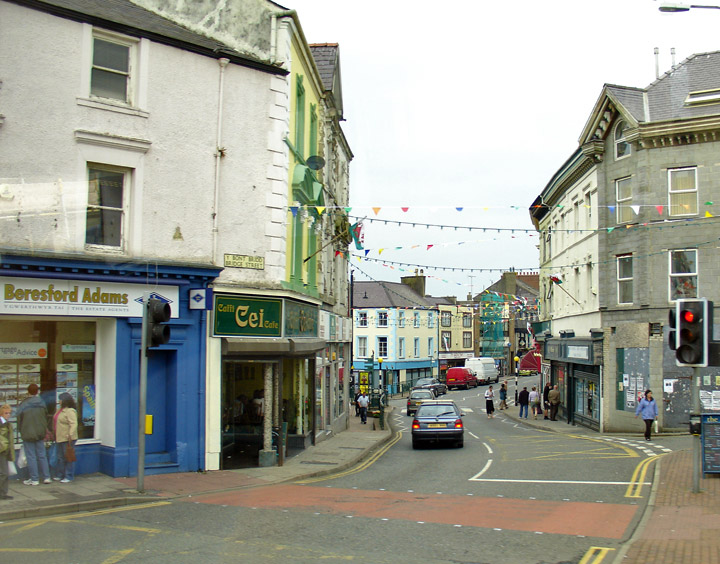 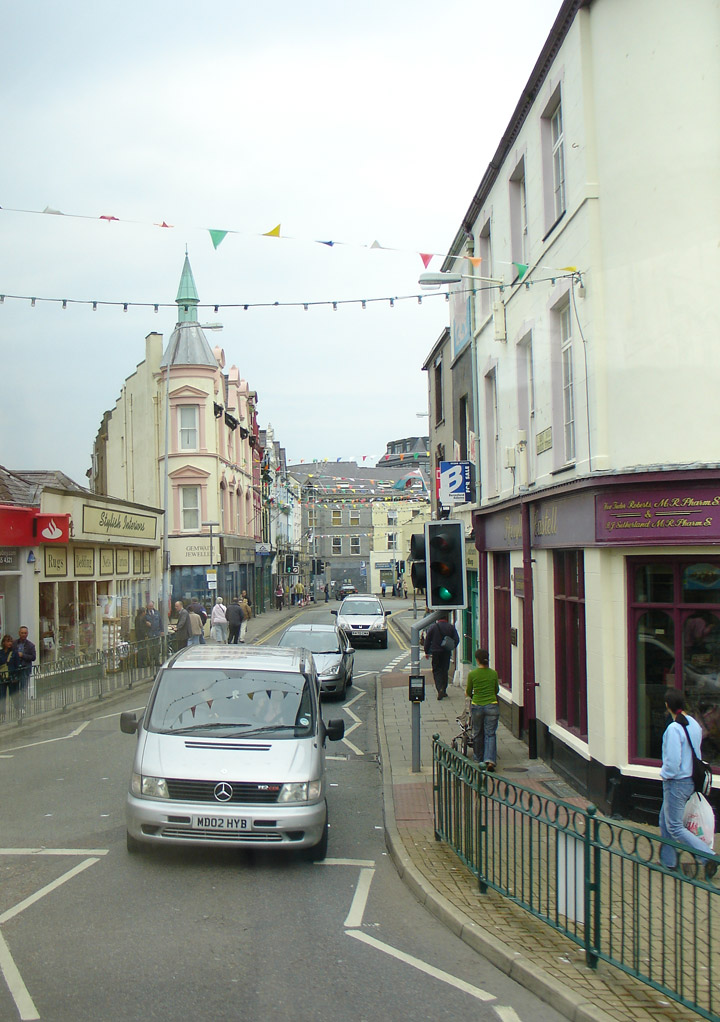 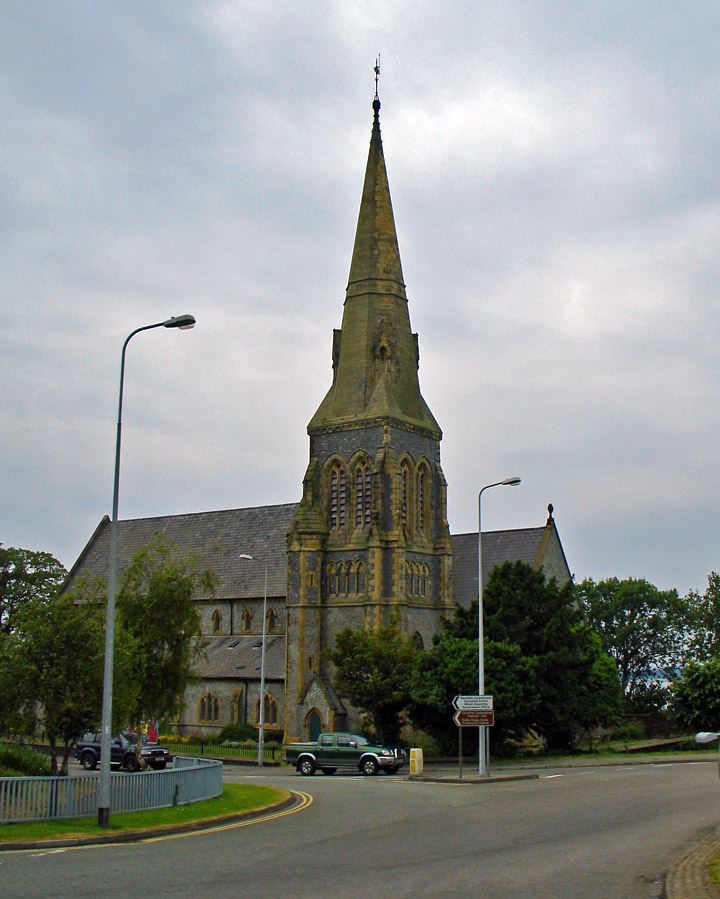