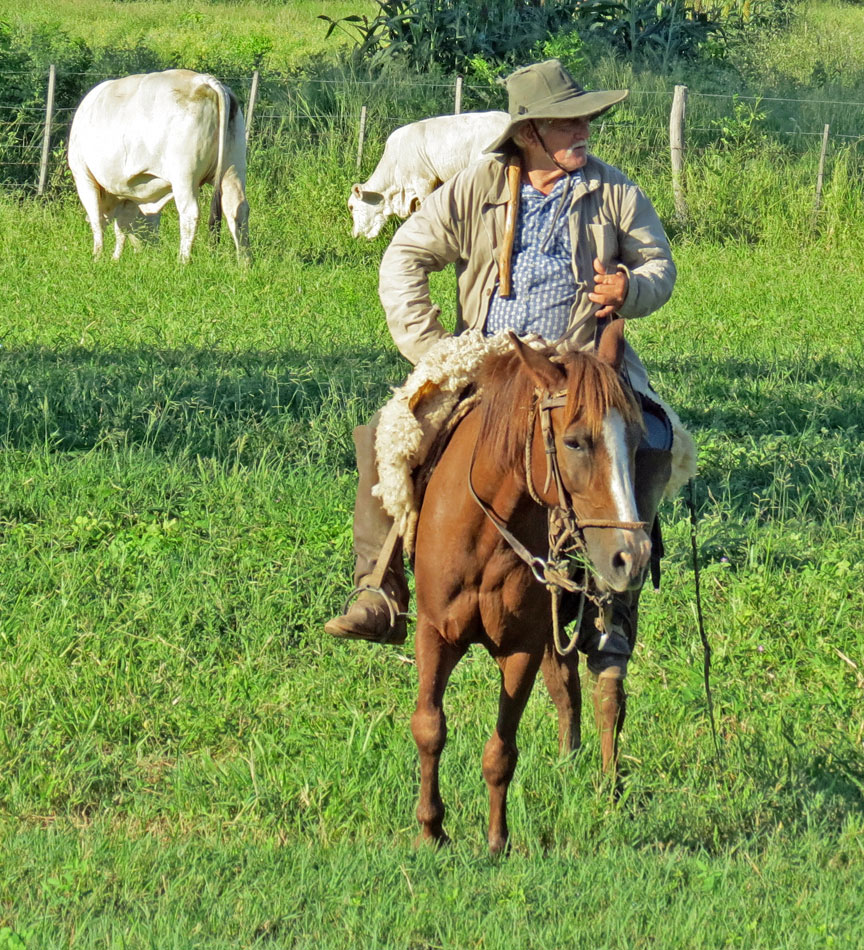 The gaucho plays an important symbolic role in the nationalist feelings of this region, especially that of Argentina, Paraguay, and Uruguay. The epic poem Martín Fierro by José Hernández (considered by some the national epic of Argentina) used the gaucho as a symbol against corruption and of Argentine national tradition, pitted against Europeanising tendencies. Martín Fierro, the hero of the poem, is drafted into the Argentine military for a border war, deserts, and becomes an outlaw and fugitive. The image of the free gaucho is often contrasted to the slaves who worked the northern Brazilian lands. Further literary descriptions are found in Ricardo Güiraldes' Don Segundo Sombra. Like the North American cowboys, as discussed in Richard W. Slatta, Cowboys of the Americas, gauchos were generally reputed to be strong, honest, silent types, but proud and capable of violence when provoked. The gaucho tendency to violence over petty matters is also recognized as a typical trait. Gauchos' use of the famous "facón" (large knife generally tucked into the rear of the gaucho sash) is legendary, often associated with considerable bloodletting. Historically, the facón was typically the only eating instrument that a gaucho carried. 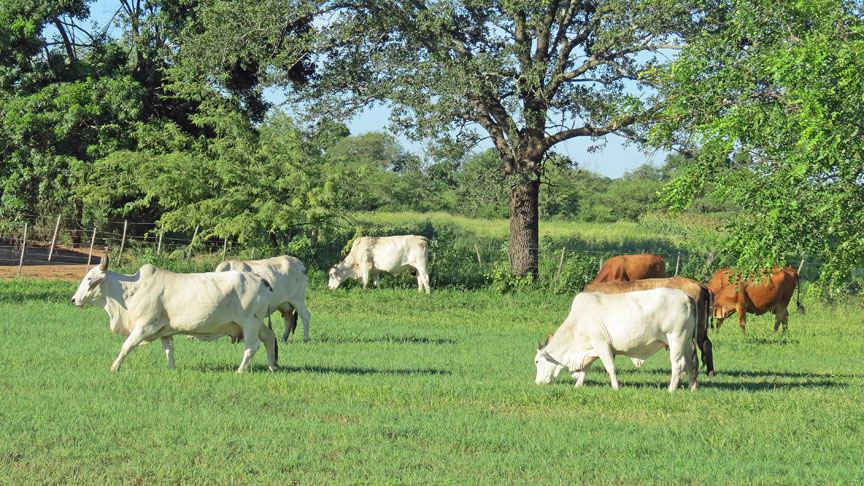 The gaucho diet was composed almost entirely of beef while on the range, supplemented by yerba mate, an herbal tea-like drink rich in caffeine and nutrients. Argentine cooking draws influence from the simple but delicious recipes used in gaucho meals. 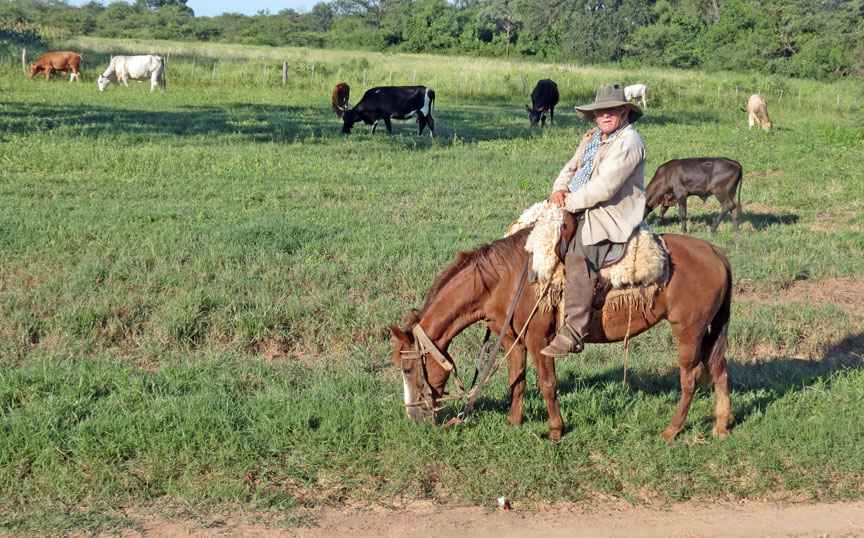 Gauchos dressed quite distinctly from North American cowboys, and used bolas or boleadoras - in Portuguese boleadeiras - (three leather bound rocks tied together with approximately three feet long leather straps) in addition to the familiar "North American" lariat or riata. The typical gaucho outfit would include a poncho (which doubled as a saddle blanket and as sleeping gear), a facón (large knife), a rebenque (leather whip), and loose-fitting trousers called bombachas, belted with a tirador, or a chiripá, a piece of cloth used in the fashion—but not the function—of a diaper. In the wintertime, gauchos wore heavy wool ponchos to protect against cold. Nowadays, working gauchos are as likely to be found in overalls and wellington boots as in their traditional dress. 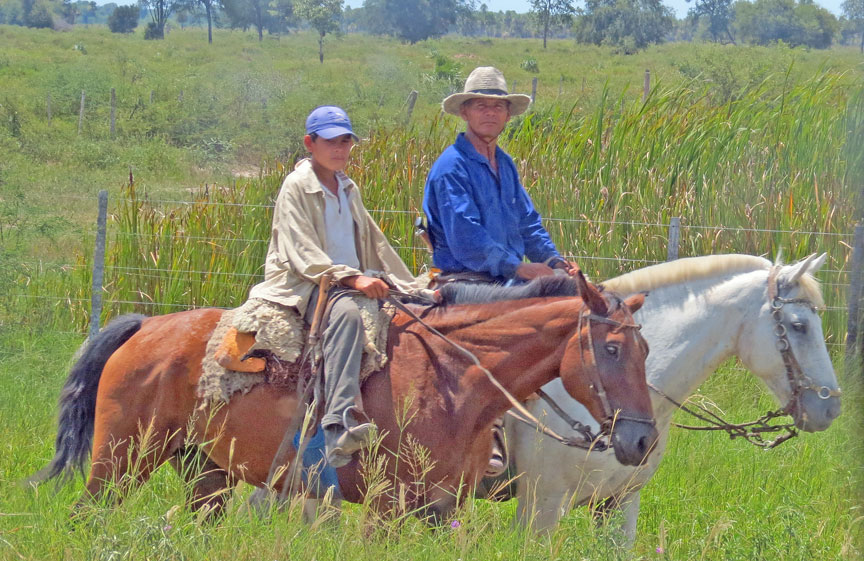 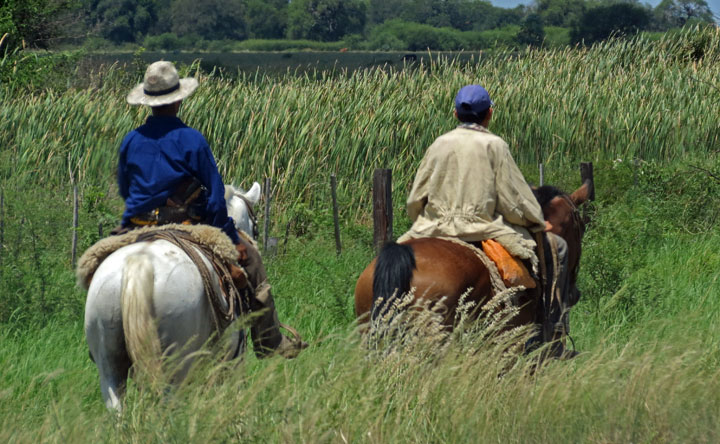 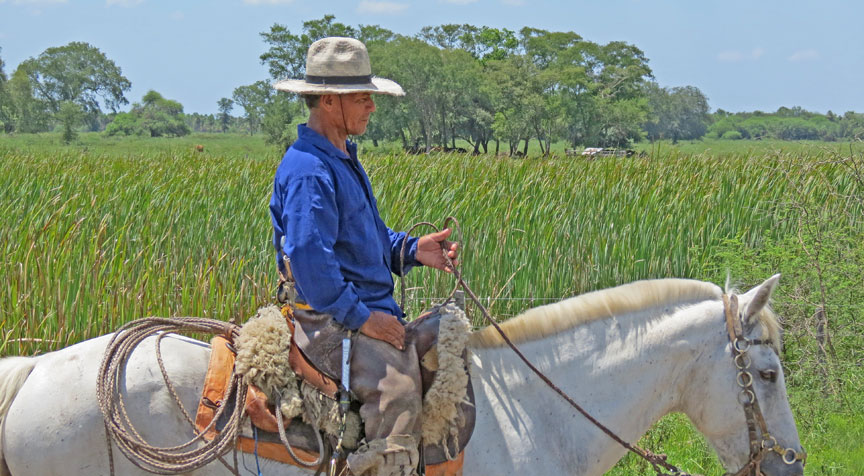 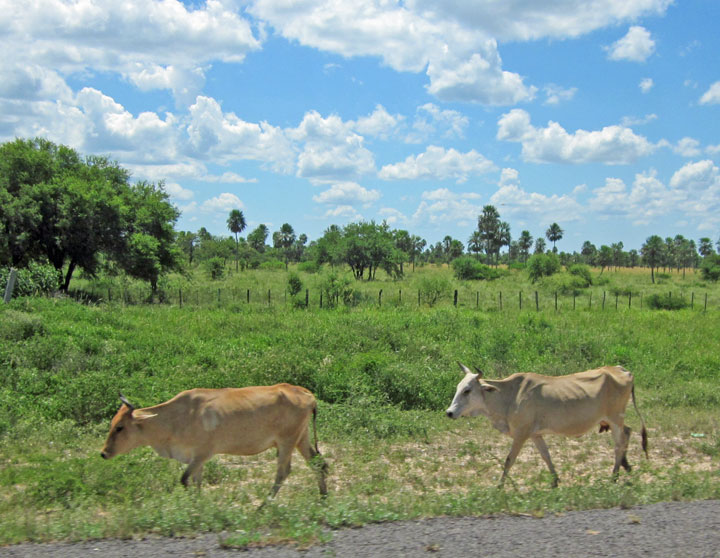 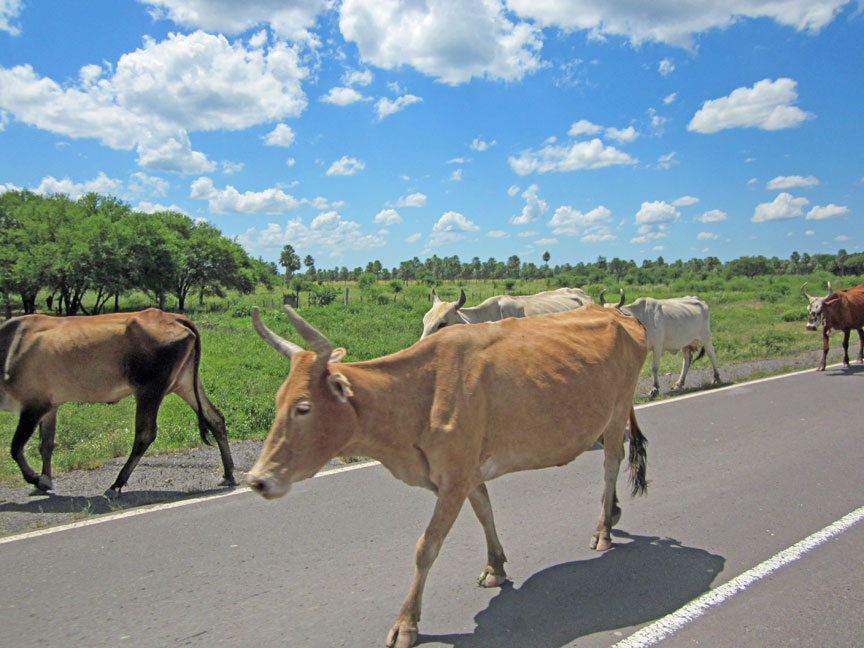 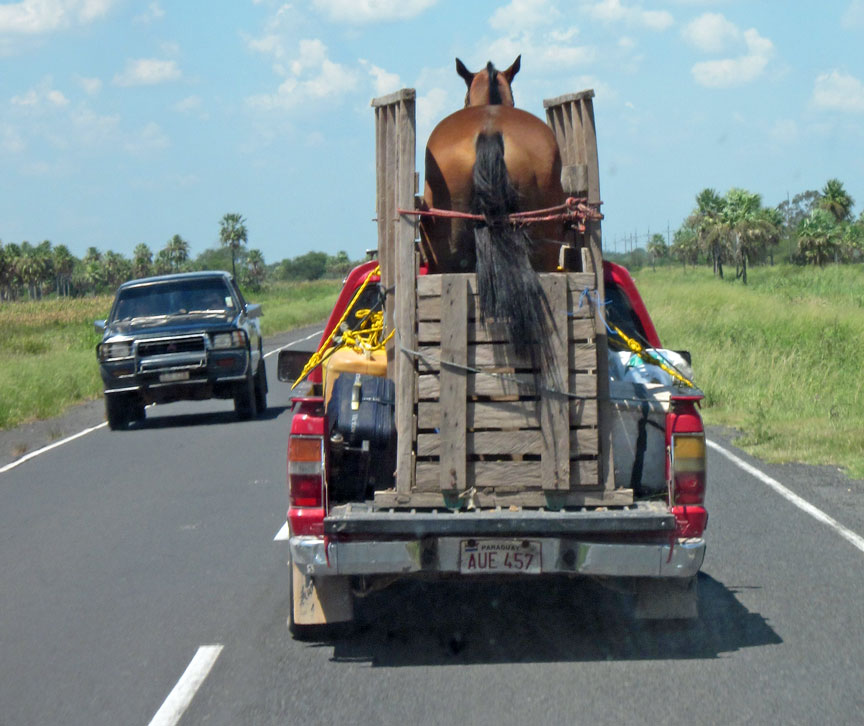 off to the next job 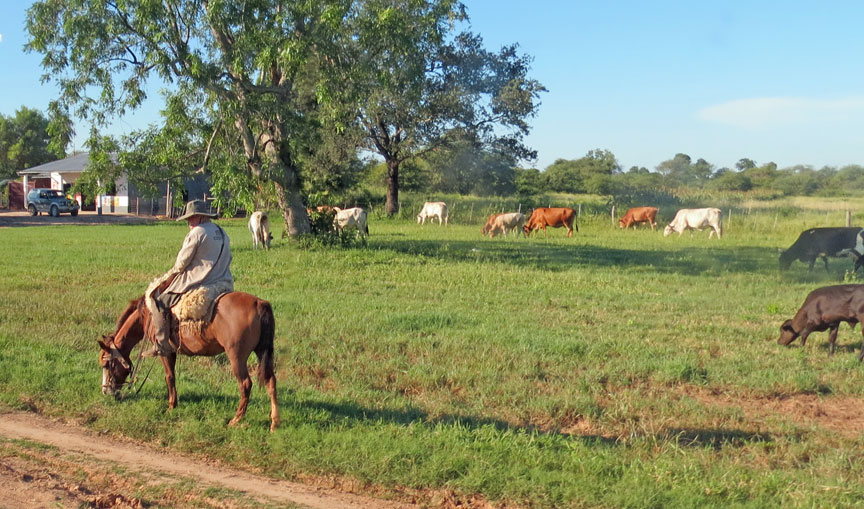 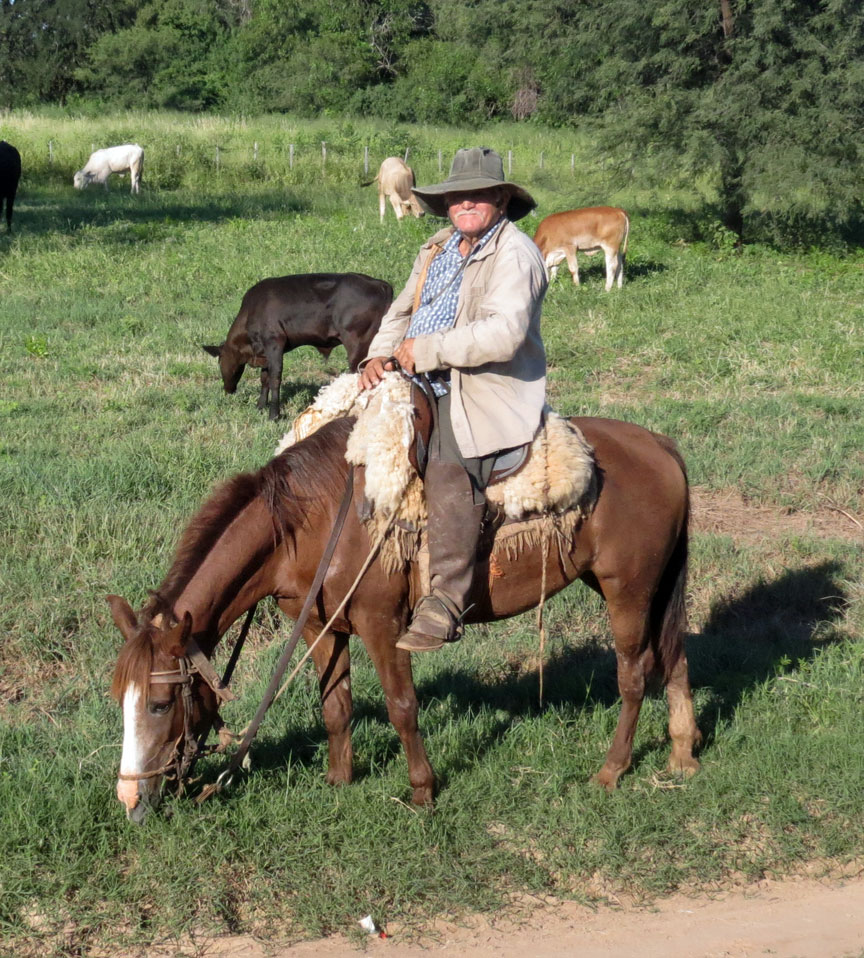 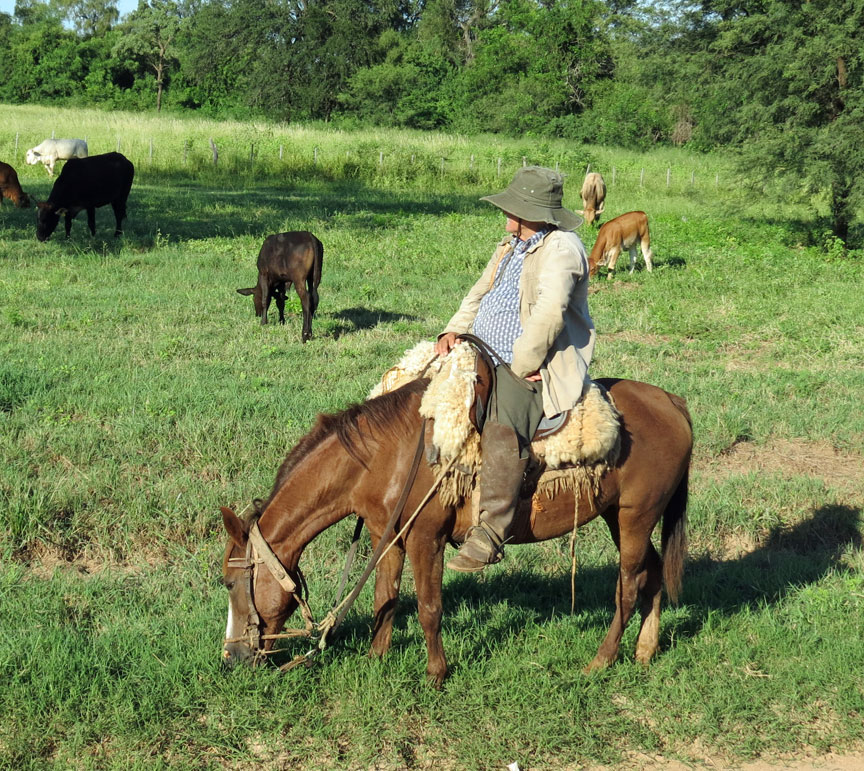 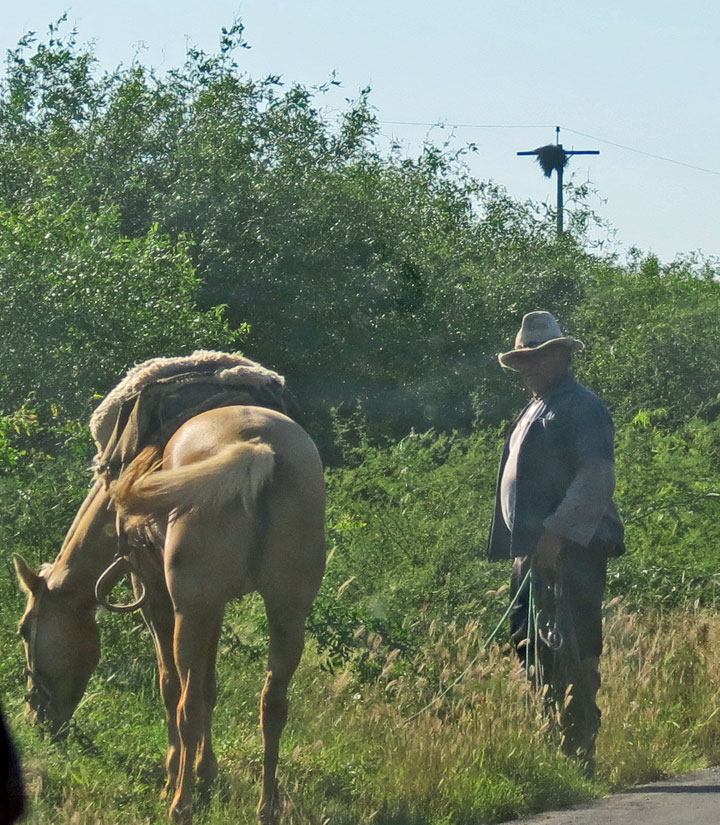 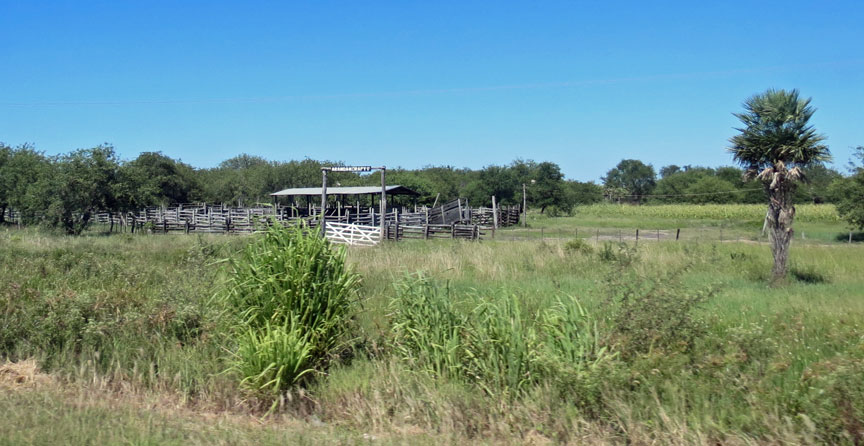 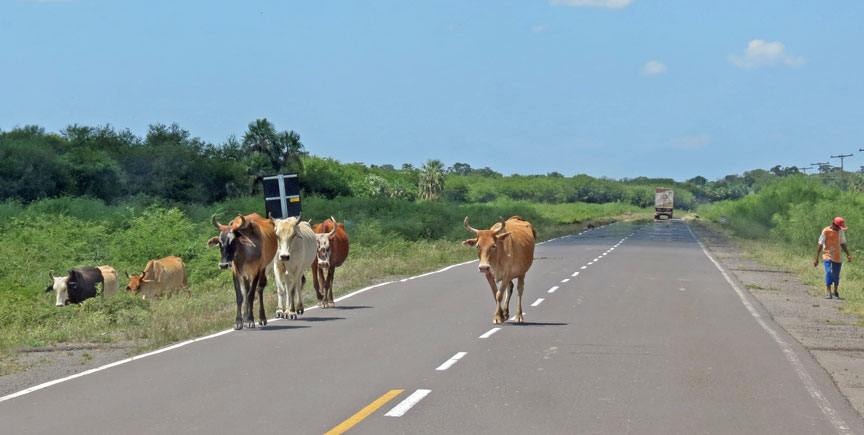 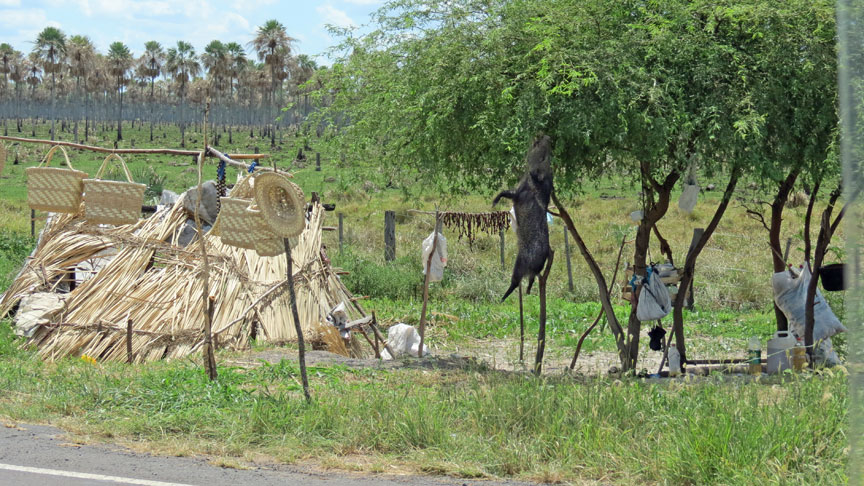 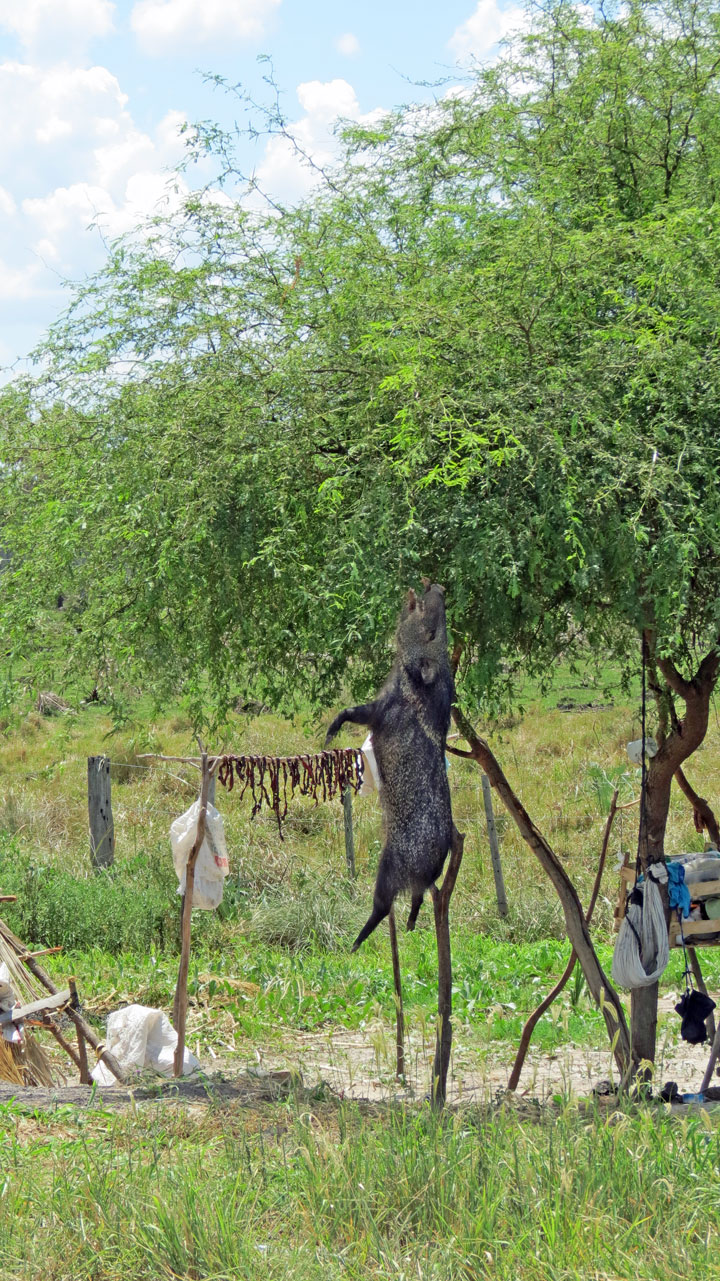 entrance to an estancia 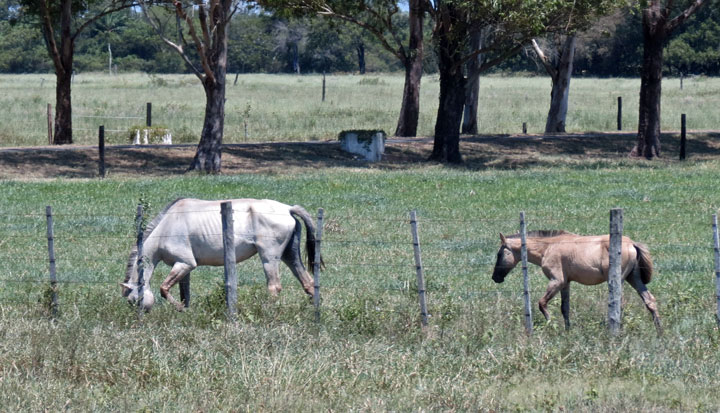 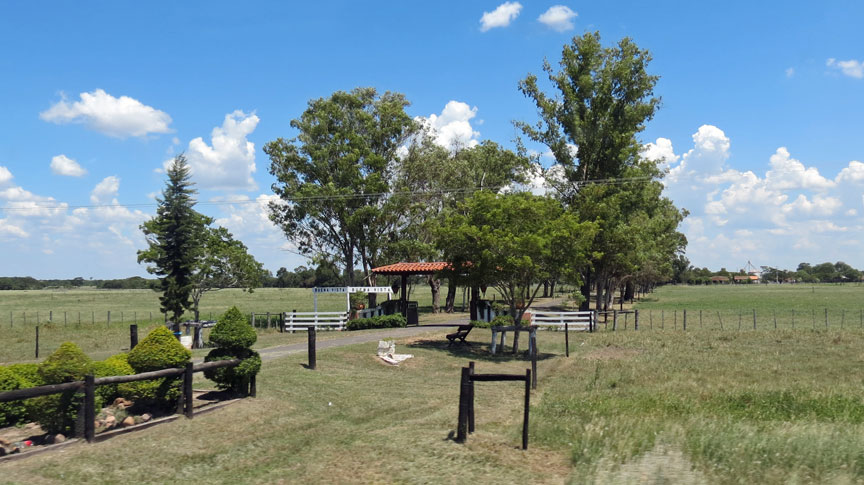 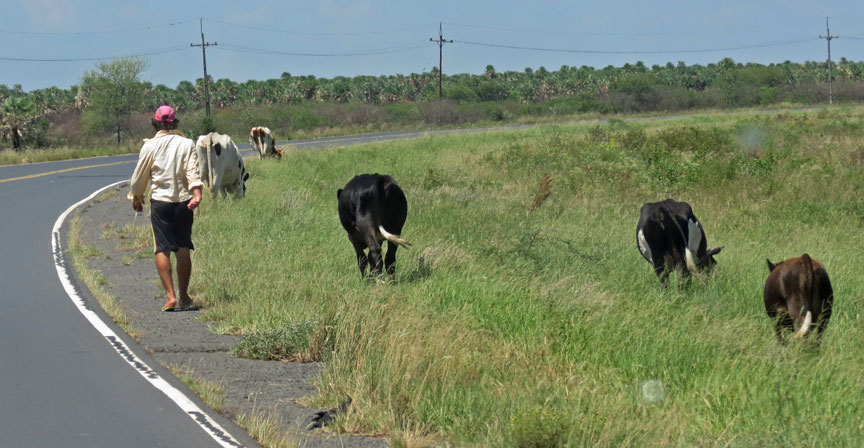