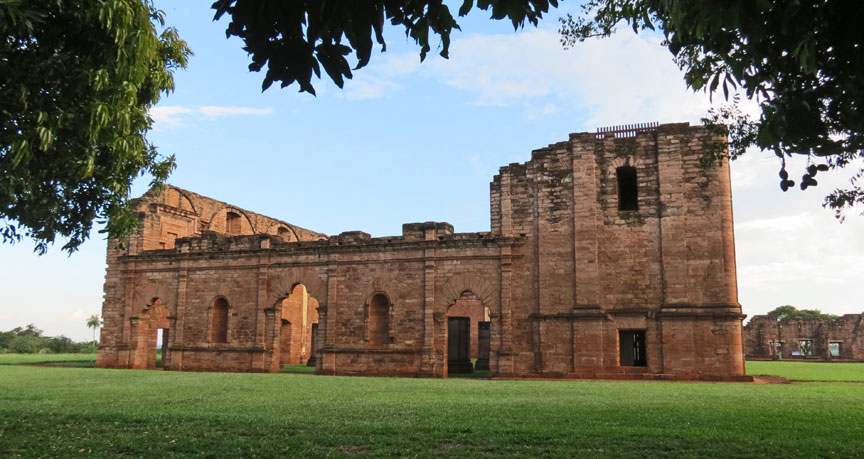 The Jesuit Missions of La Santísima Trinidad de Paraná and Jesús de Tavarangue (Spanish: Misiones Jesuíticas de La Santísima Trinidad de Paraná y Jesús de Tavarangue) are located in the Itapúa Department, Paraguay, and are religious mission that are sill preserved and that were founded by the Jesuit missioners during the colonization of South America in the 17th century. These religious missions were created in 1609 and developed for 150 years. Both Jesuit missions were declared a World Heritage Site by the UNESCO in 1993.

The Jesuit Missions of Paraguay are considered some of the most impressive creations of the religious work of the Jesuits, and are testimony of the historical richness of the country.


Alejo García discovered Paraguay in 1524. Its development in political, economical and social matter was a slow process, scarred by armed conflicts between Spanish conquerors and natives, who fought to preserve their territory.

Until 1590 the Spanish have founded 10 cities and 40 colonies in South America. The natives were forced to be at their service (Encomienda system). 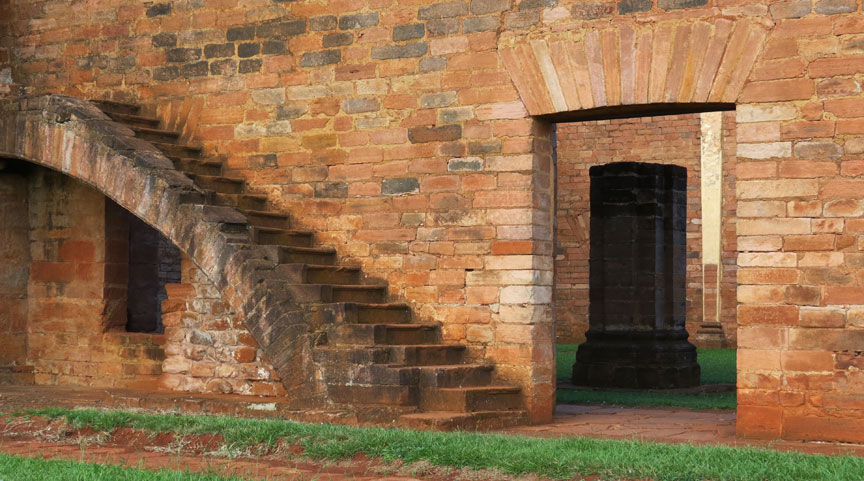 The Spanish King tried to improve their quality of life by making some decrees for their protection but it was difficult to have a real system of control to make sure they were obeyed. The system of "Encomienda" gave place to many insurrections of the natives.

It was not until the Missions were established that there was a real improvement in the living conditions of the natives. 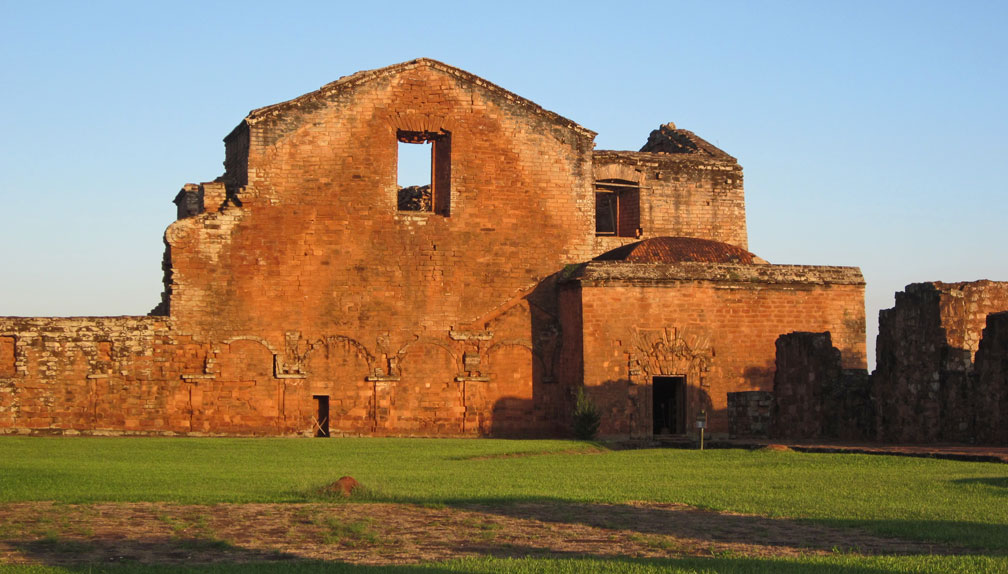 The first Jesuits arrived in Tucumán in 1586 and in 1587, by request of the Asunción’s Bishop, Alonso Guerra that they arrived to Paraguay too. The Jesuits started the evangelization and building of towns or Missions in the region of Misiones and Itapúa Departments in Paraguay.


The first thing they did was to form towns that were self-sufficient in the areas inhabited by the natives and a study of the Guaraní language they spoke to make a writing structure (because the Guaraní people did not write their language). The missioners not only imparted knowledge about religion, but also determined the rules of public order, culture, education and society, fact that had great influence in the later development of Paraguay. The natives, who were nomads and were not used to a structured life, founded themselves gathered in small communities in the forest. Near the Jesuit Missions were formed groups of 2000 or 3000 per town. 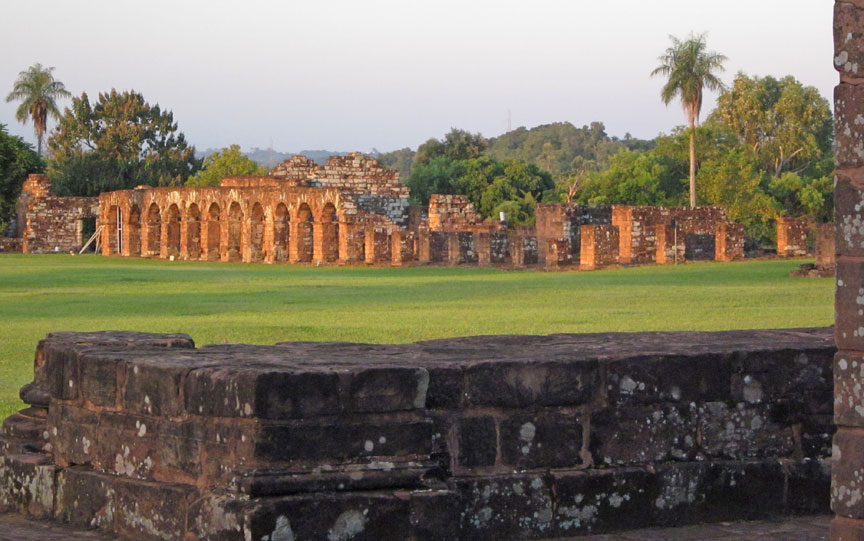 This group of missioners founded about 30 Missions in territories that nowadays belong to Paraguay, Brazil, Argentina and Bolivia. Many of the constructions have been preserved and the ones that got damage, rebuilt. 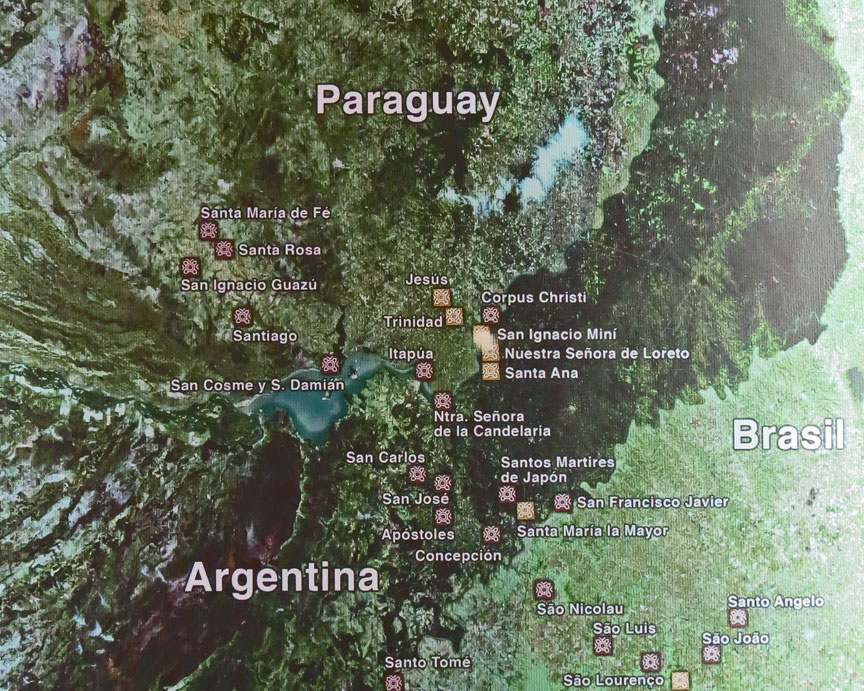