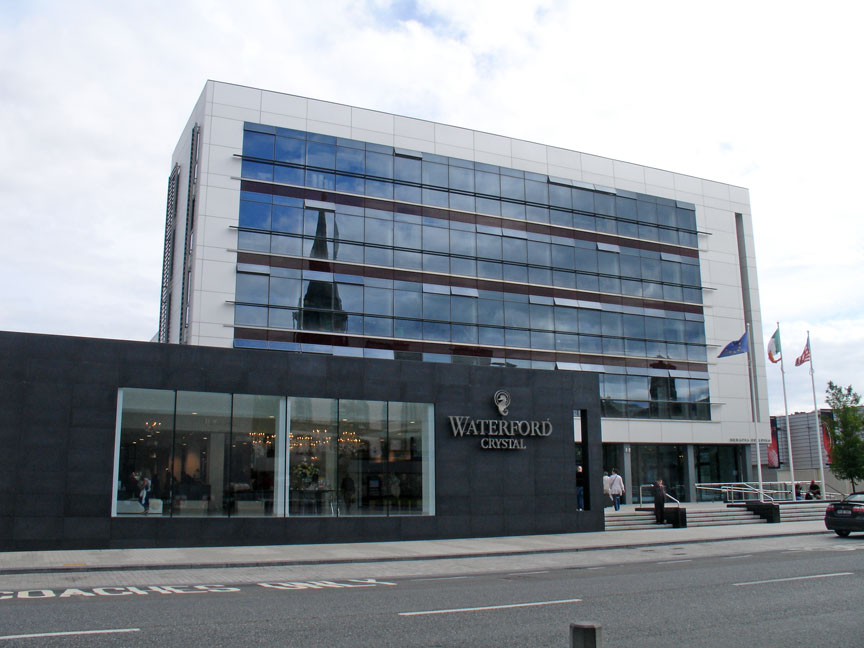 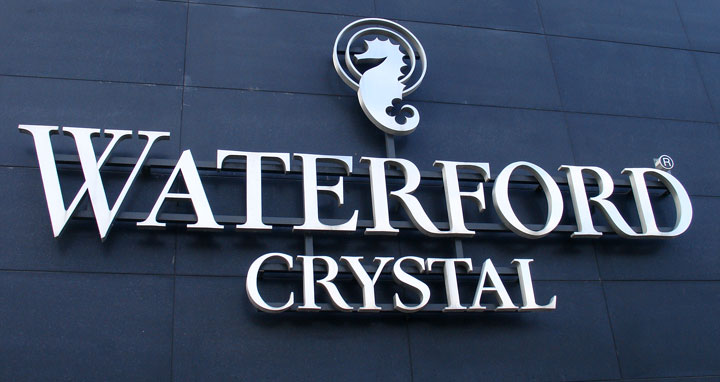 A crystal business was originally founded in the city in 1783 by George and William Penrose; it produced extremely fine flint glass that became world-renowned. However, their company closed in 1851. In 1947, Czech immigrant Charles Bacik, grandfather of Irish senator Ivana Bacik, established a glass works in the city, due to the superb reputation of the original glassware. Aided by fellow countryman and designer Miroslav Havel, the company started operations in a depressed Ireland. By the early 1950s it had been taken over as a subsidiary of the Irish Glass Bottle company, owned by Joseph McGrath, Richard Duggan and Spencer Freeman of the Irish Hospitals' Sweepstake, heavy investors in Irish business at that time. 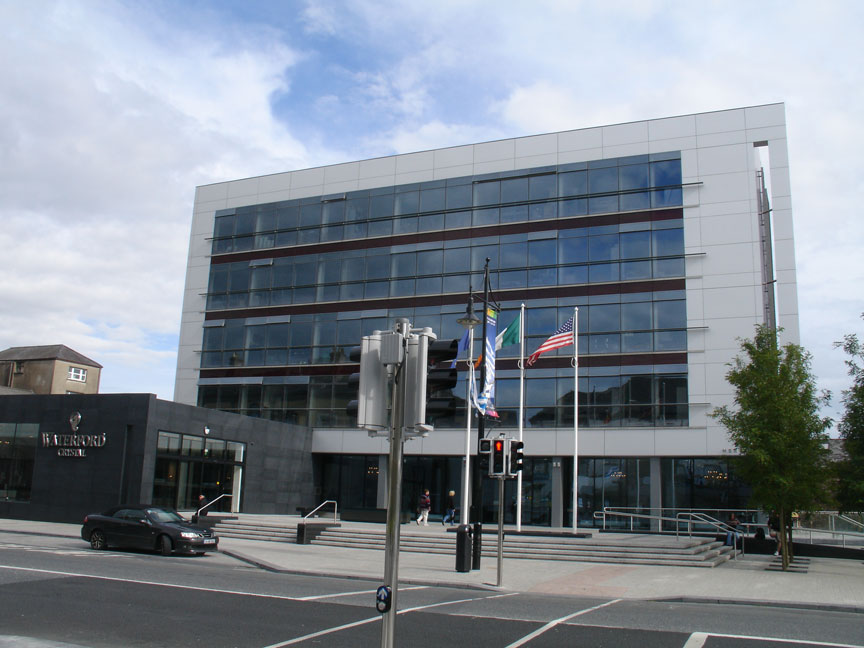 Jasper Conran began designing his signature range of crystal for Waterford in 1999. The endeavour has evolved into four unique lines for Waterford and a complementary tableware collection in fine bone china for Wedgwood in 2001. In May 2005, Waterford Wedgwood announced the closure of its factory in Dungarvan in order to consolidate all operations into the main factory in Kilbarry, Waterford City, where 1,000 people were employed by the company. The move resulted in nearly 500 Dungarvan workers losing their jobs. 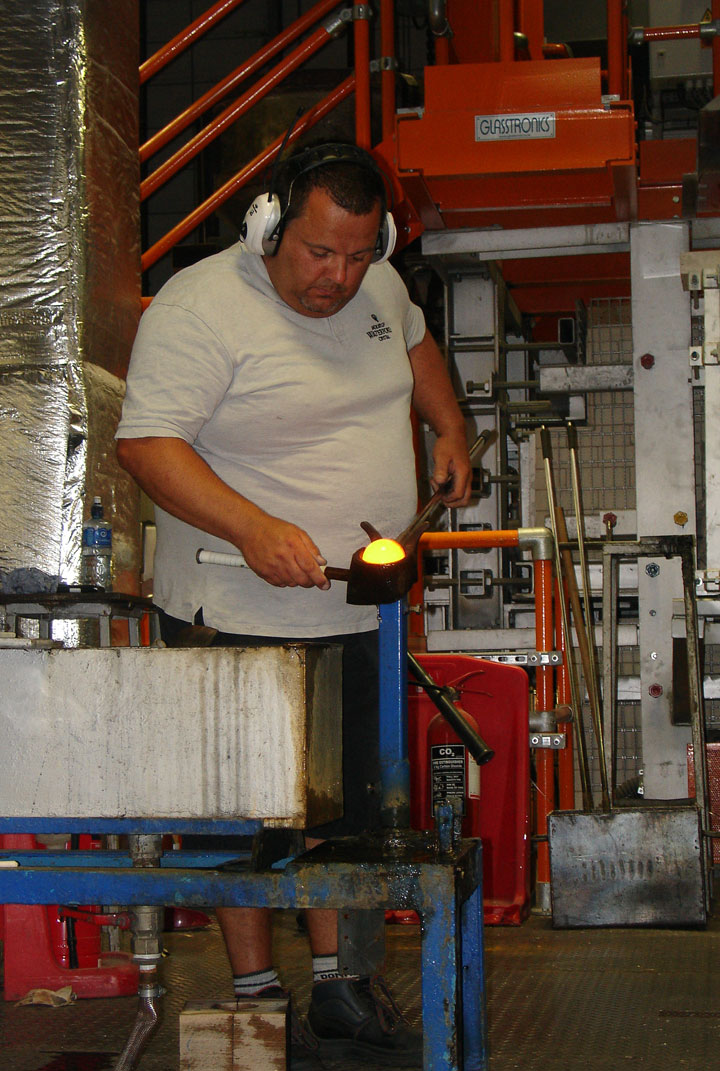 Waterford Crystal Limited was, until March 2009, a subsidiary of Waterford Wedgwood plc, itself formed through the acquisition by the then Waterford Glass Group of the famous pottery manufacturer Josiah Wedgwood in 1986. The last chairman was Tony O'Reilly, and the CEO John Foley. The leading shareholders of the holding company were former billionaire O'Reilly and his family, joined in the last decade by O'Reilly's brother-in-law, Greek shipping heir Peter Goulandris. Waterford Wedgwood was forced into receivership in early 2009. On 5 January 2009, news of the receivership of Waterford Wedgwood Ltd. was announced in Ireland and the UK. 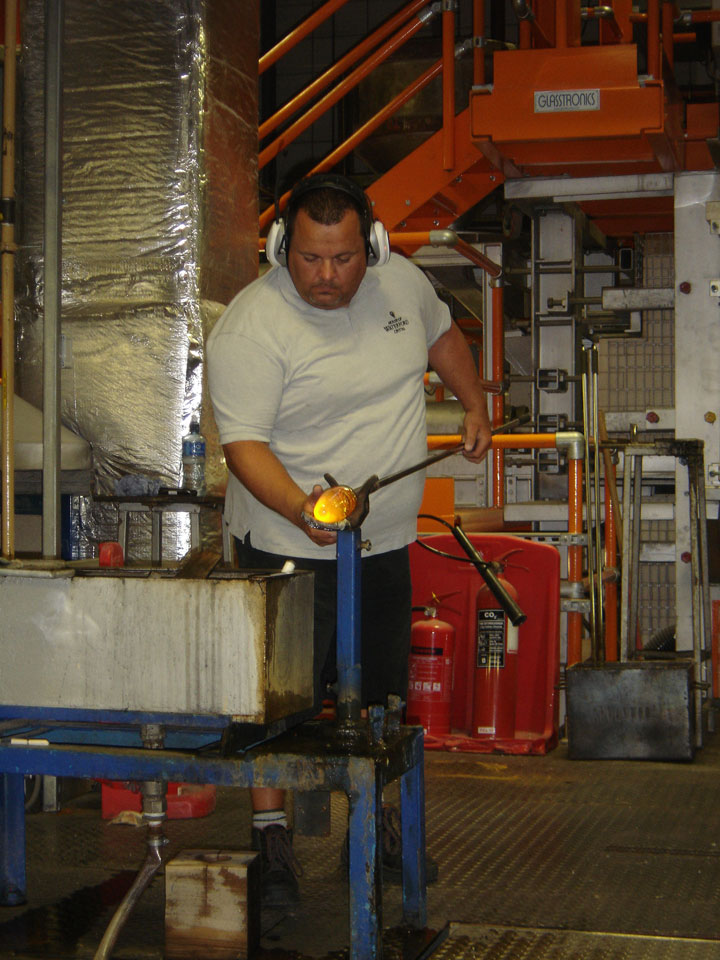 On 30 January 2009 it was announced that the Waterford Crystal plant in Kilbarry was to shut down immediately, despite earlier promises to discuss any such move with the unions in advance. The Kilbarry operation featured a tourist centre offering guided tours of the factory, a gift shop, café, and gallery. Many of the employees performed an unofficial sit-in The sit-in made the BBC News, hoping to prevail upon receiver Deloitte to retain those jobs. On 4 February 2009, there were protests across the city at how the workers were being treated. On 27 February 2009, the receiver, David Carson of Deloitte, confirmed US equity firm KPS Capital were to purchase certain overseas assets and businesses of the Waterford Wedgwood Group. The sit in ended in March, 2009 after workers agreed to split a payment of €10m. The fight by the workers to keep the factory open is chronicled in a PBS online documentary. 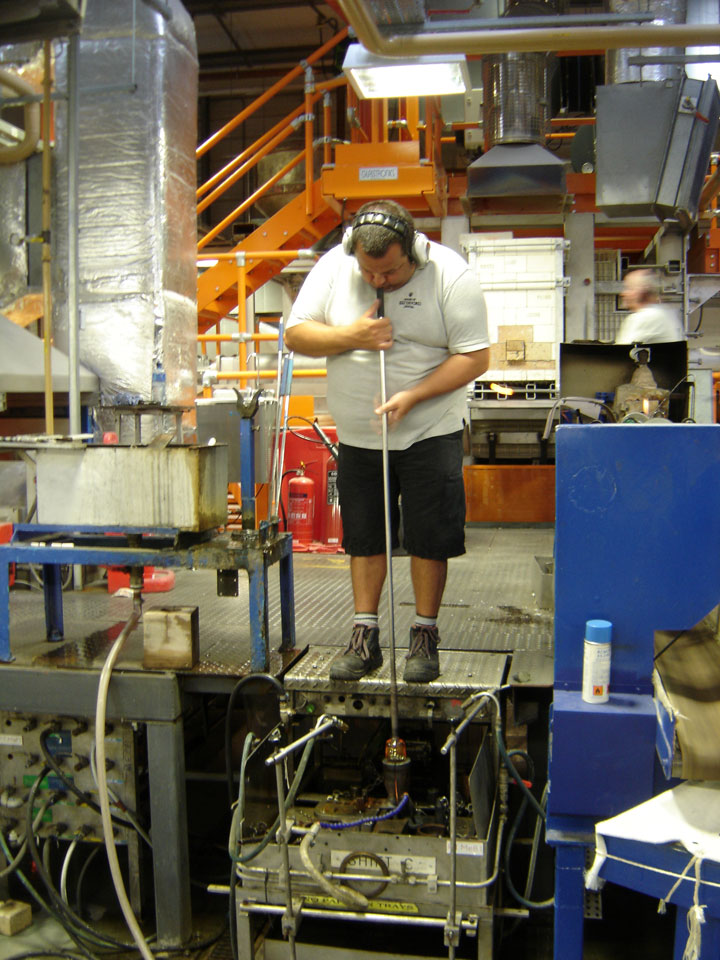 blown glass being shaped in mold

Under the receivership managed by Deloitte, ownership of most of Waterford Wedgwood plc's assets was transferred to KPS Capital Partners in March 2009. Waterford Crystal, along with Wedgwood, Royal Doulton, and other brands, were transferred to the new company WWRD Holdings Ltd. The sale did not include the factory or visitor centre in Kilbary, Ireland. The visitor centre shut its doors on January 22, 2010. A new visitor and manufacturing facility opened in June 2010. 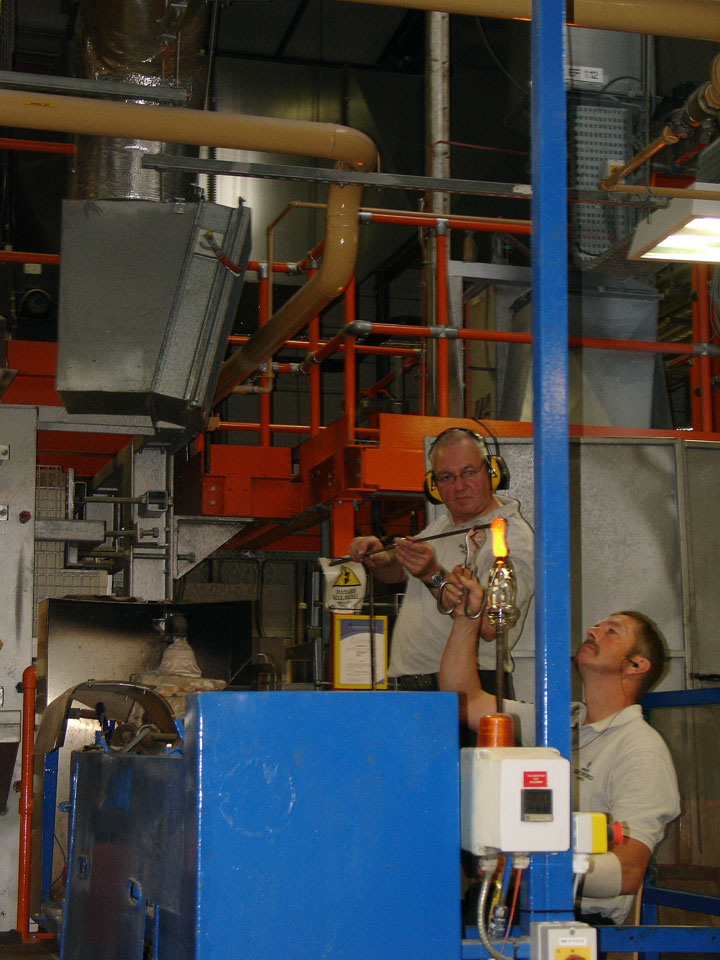 Waterford produces many patterns of lead crystal stemware, including lines such as Adare, Alana, Colleen, Kincora, Lismore, Maeve, Tramore, and many others. 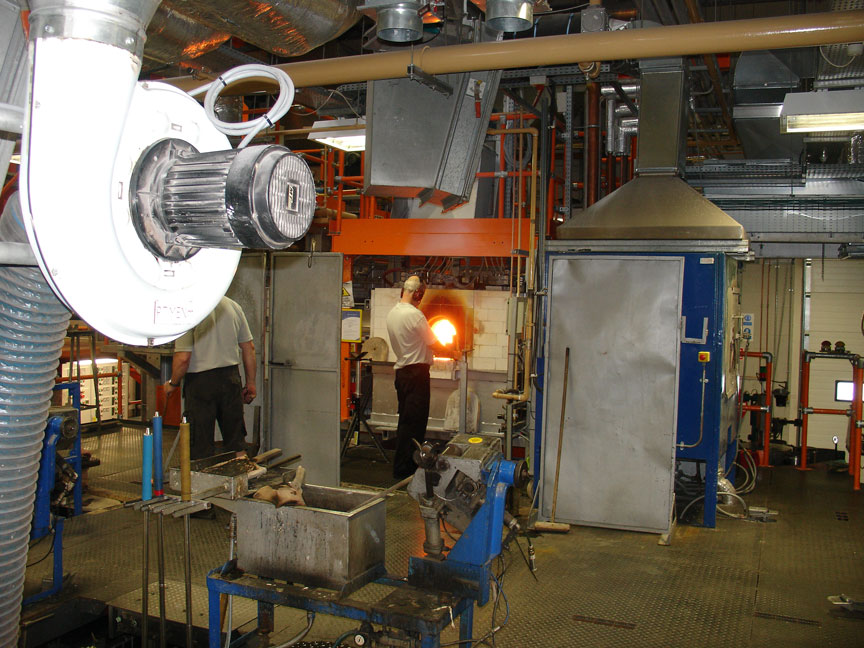 getting more glass from the furnace

In 1966 Waterford's chandeliers were installed in Westminster Abbey for the 900th anniversary of the dedication of the abbey after Christoper Hildyard, a minor canon of the abbey for 45 years, convinced the Guinness family to pay for them. Chandeliers hang in other notable buildings, such as Windsor Castle, and the Kennedy Center, Washington, D.C. Waterford Crystal made the 2,668 crystals for the famous New Year's Eve Ball that is dropped each year in New York City's Times Square. The ball is a 11,875 pound geodesic orb, 12 foot in diameter and is lit by 32,256 Philips Luxeon Rebel LEDs. 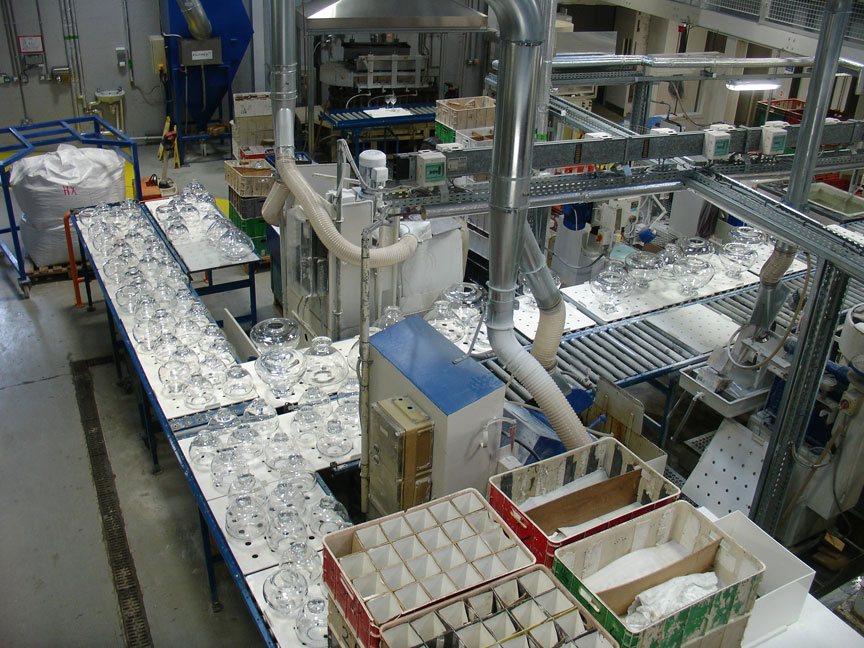 Sporting trophies are also crafted by Waterford, such as the Masters Series crystal shield trophies that are awarded to the winner of each of the nine men's professional tennis Masters Series tournaments, the AFCA National Championship Trophy that is awarded to the US college football team which finishes the season at the top of the Coaches Poll, and a representation of the Ashes urn that is presented to the winners of the Test cricket series between England and Australia. 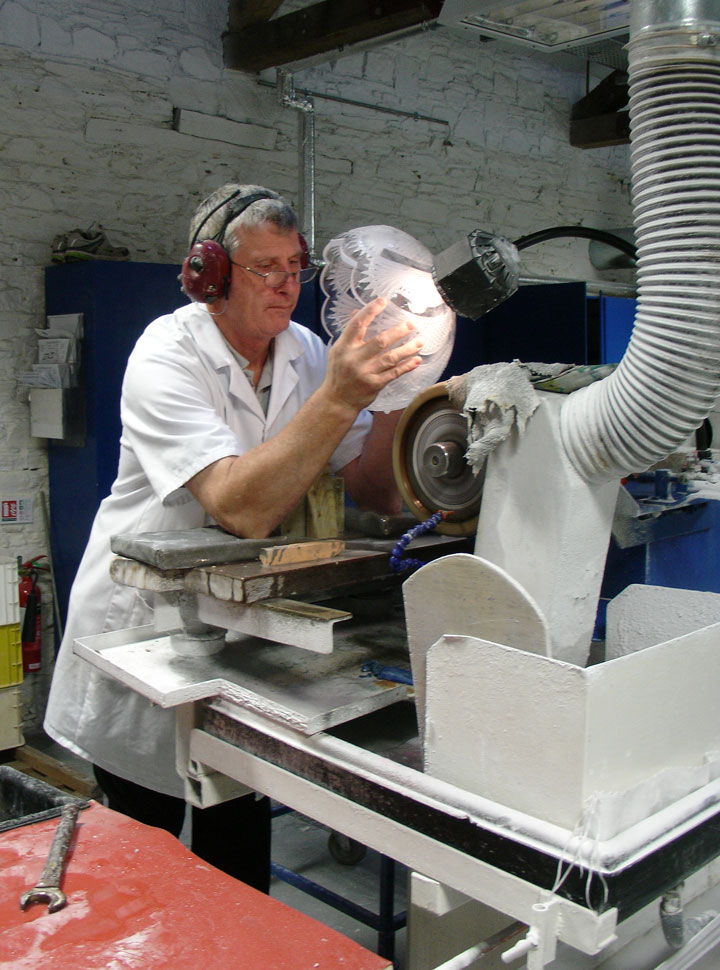 Also crafted by Waterford are the winning trophies for the French and German Grand Prix in Formula One, a bat and ball trophy presented at the final game at Yankee Stadium to Derek Jeter and a a glass tennis racket for Boris Becker. They also design the trophies for the People's Choice Awards. 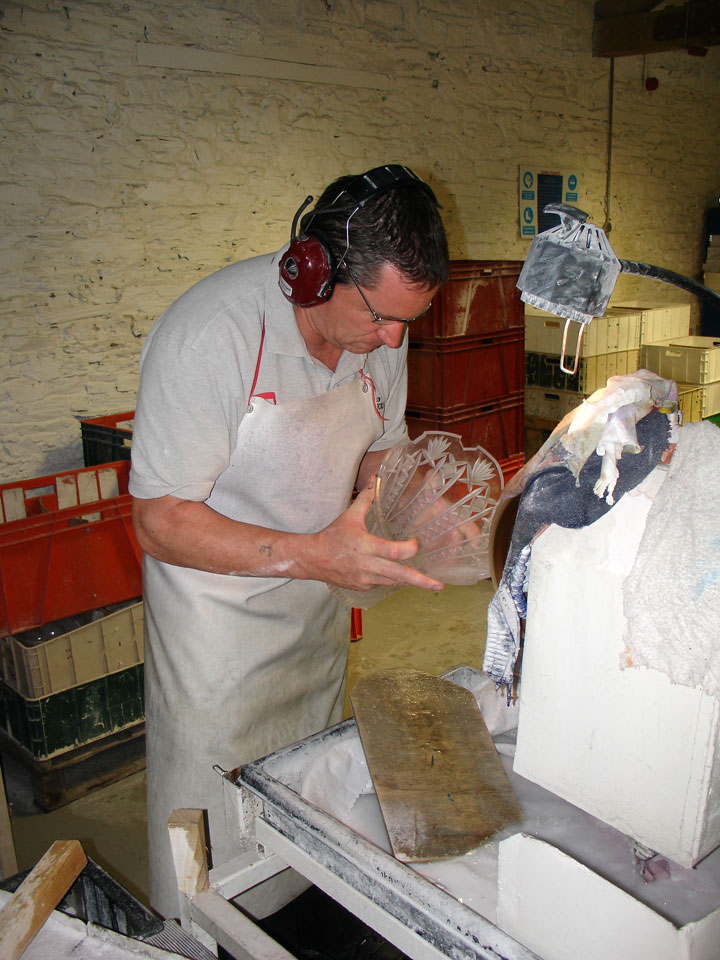 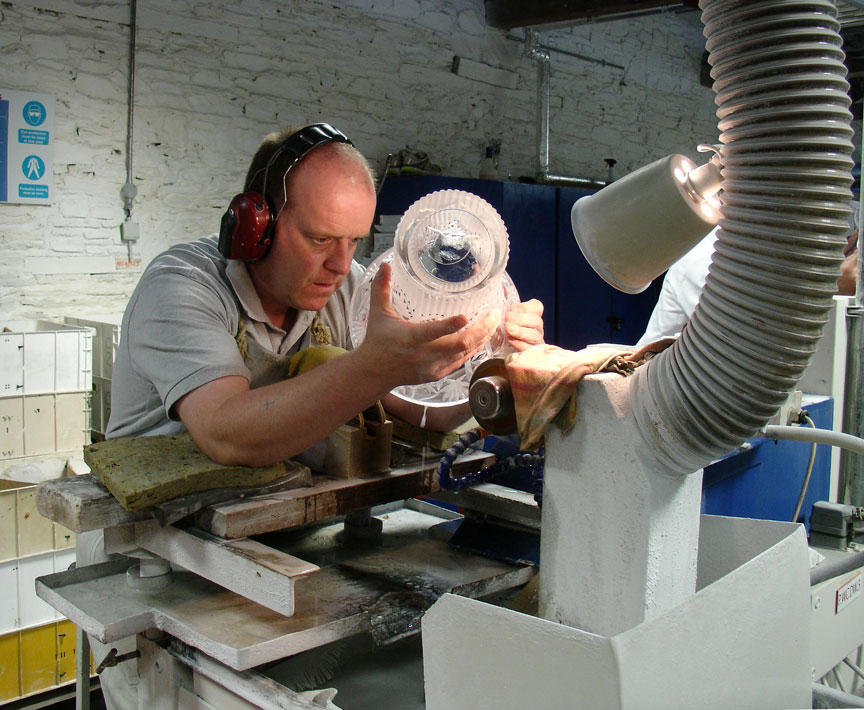 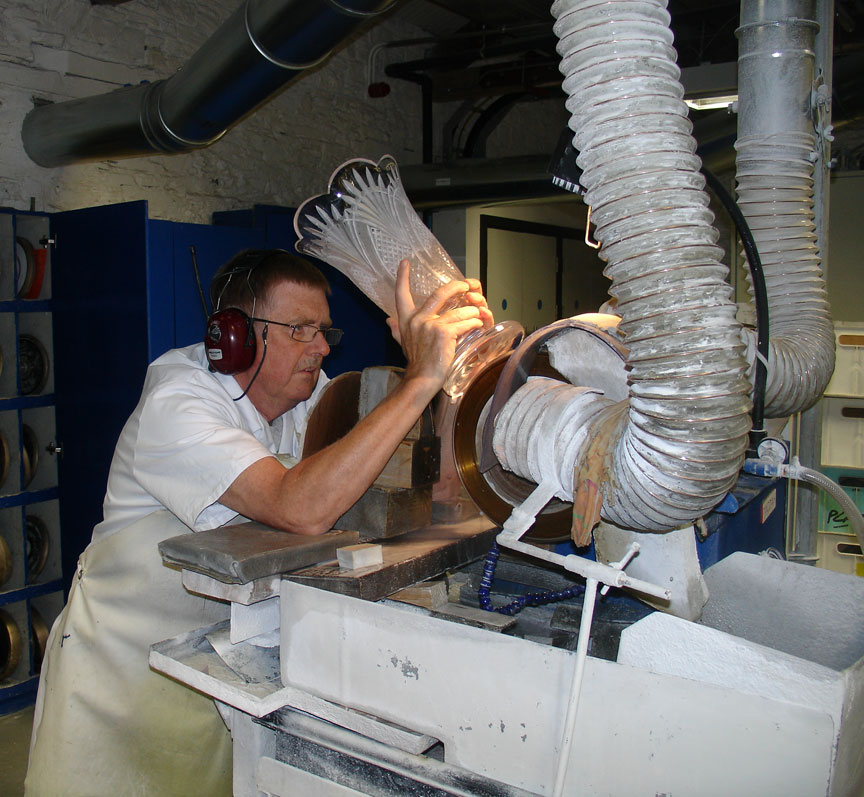 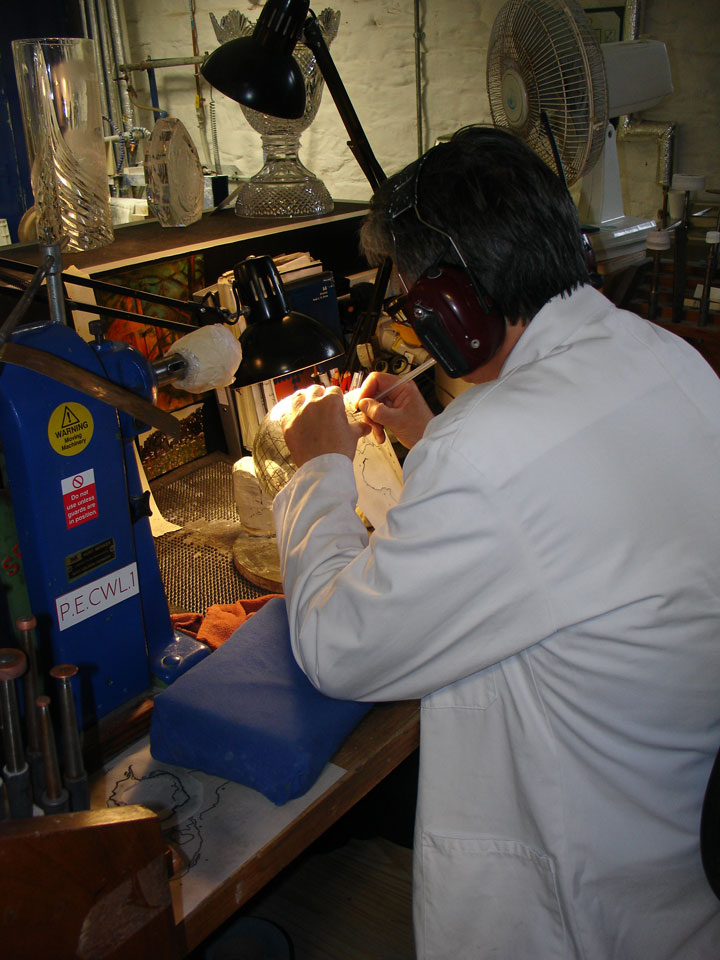 fine cutting on the globe 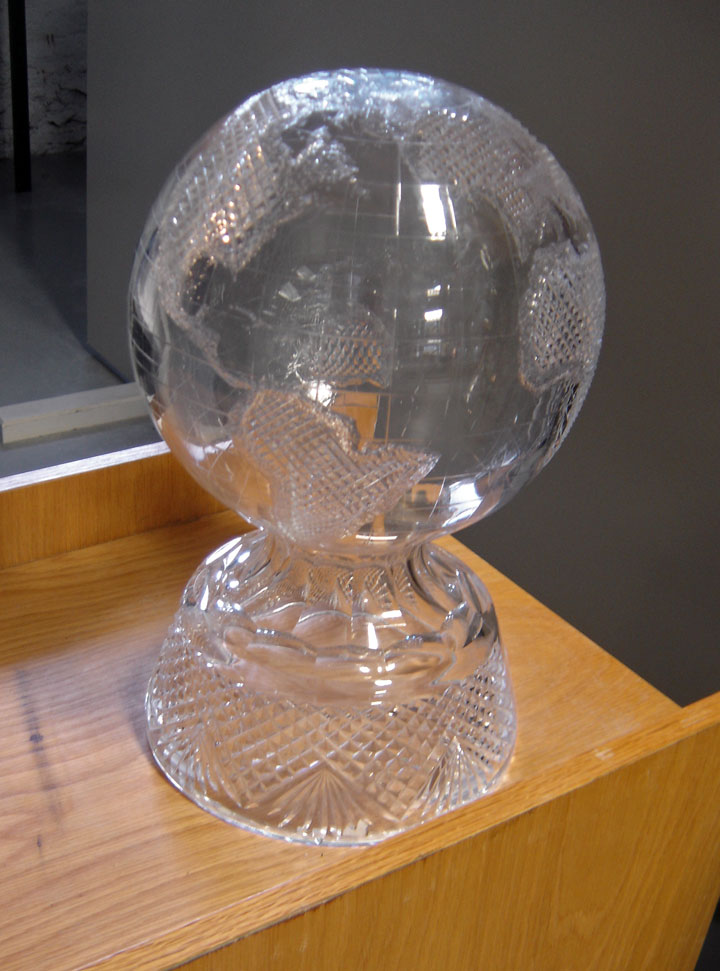 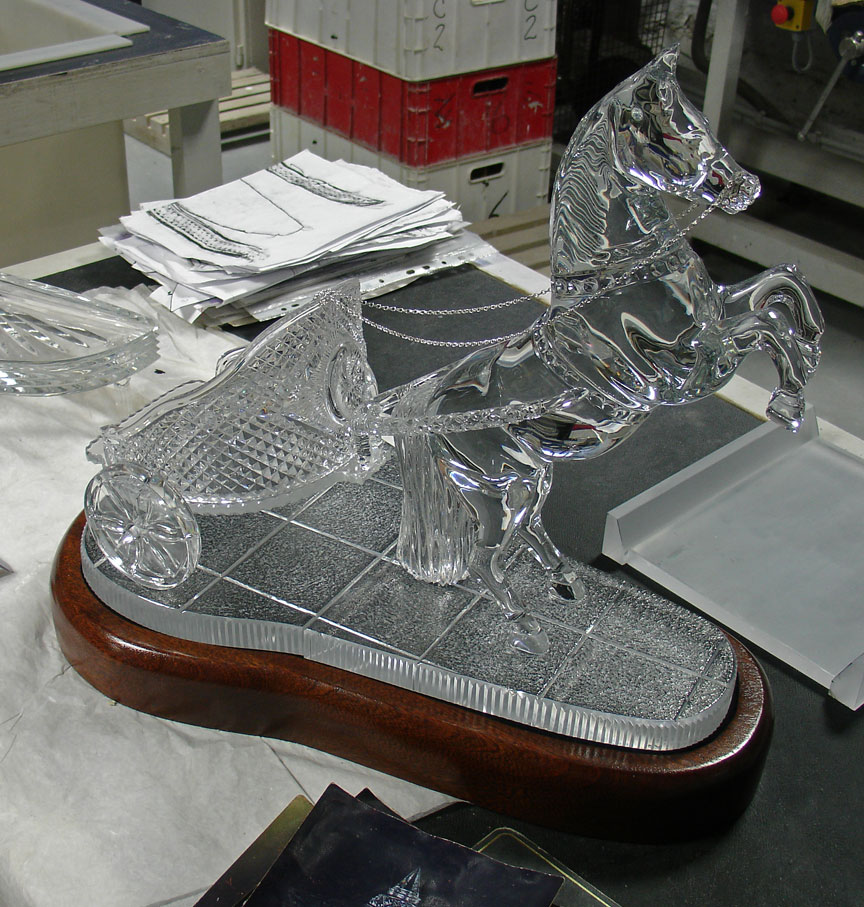 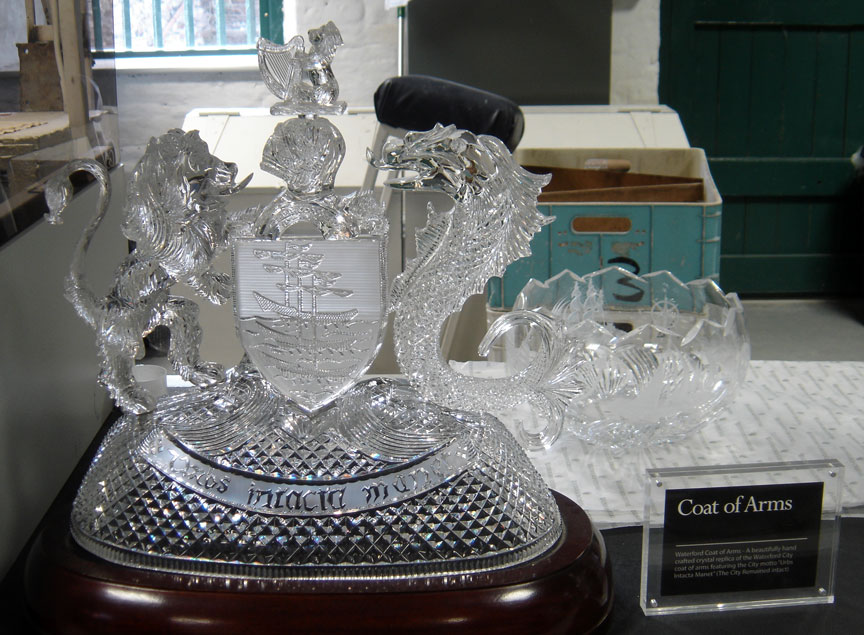 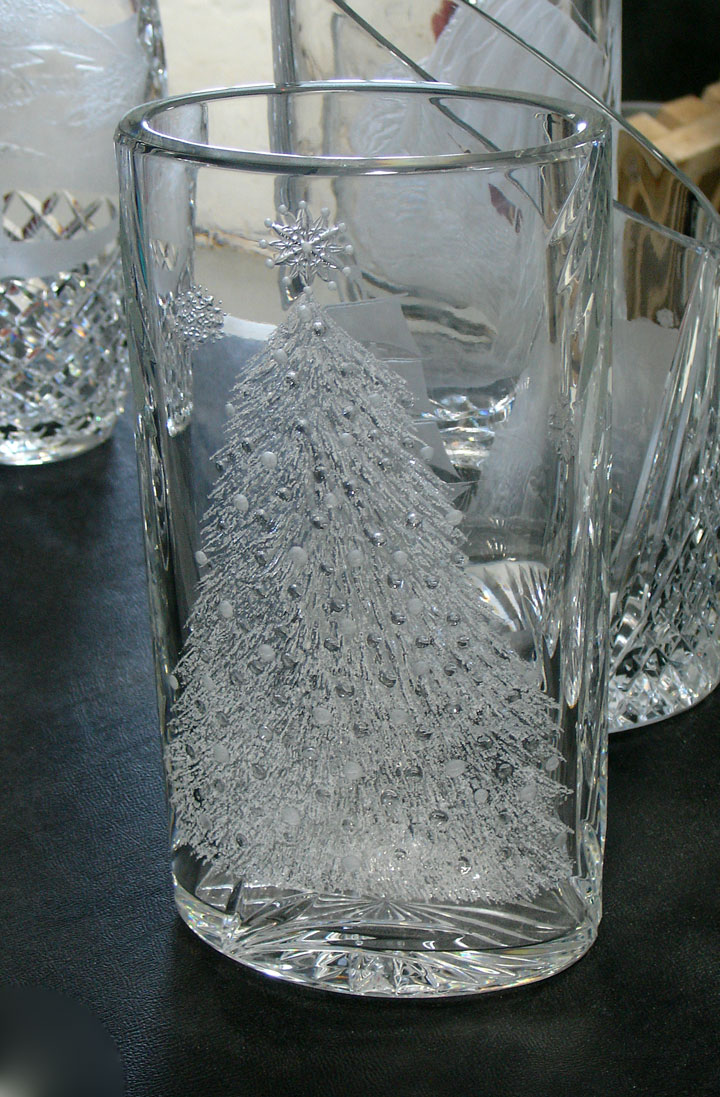 Christmas tree on a tumbler