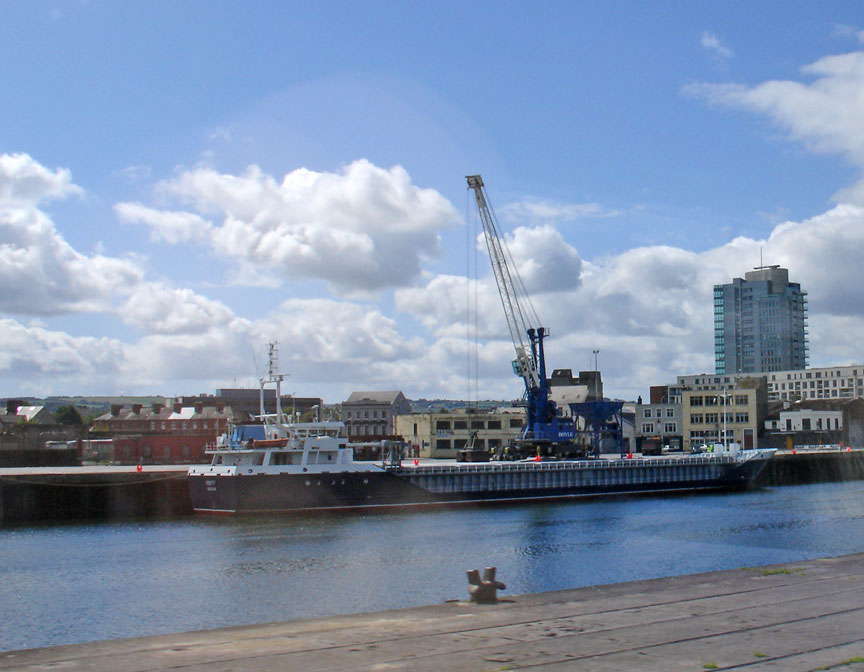 Cork is the second largest city in the Republic of Ireland and the island of Ireland's third most populous city. It is the principal city and administrative center of County Cork and the largest city in the province of Munster. Cork has a population of 119,418, while the addition of the suburban areas contained in the county brings the total to 190,384. Metropolitan Cork has a population of approximately 274,000, while the Greater Cork area is about 380,000. 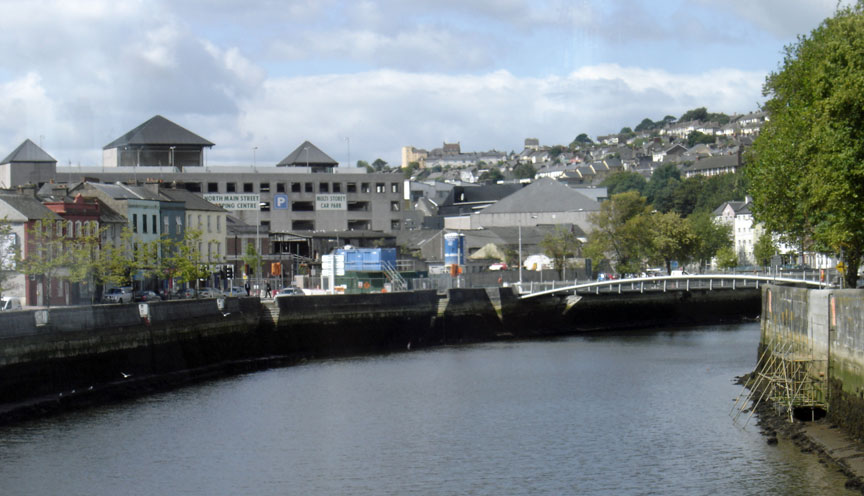 County Cork has earned the nickname of "the Rebel County", while Corkonians often refer to the city as the "real capital of Ireland", and themselves as the "Rebels". 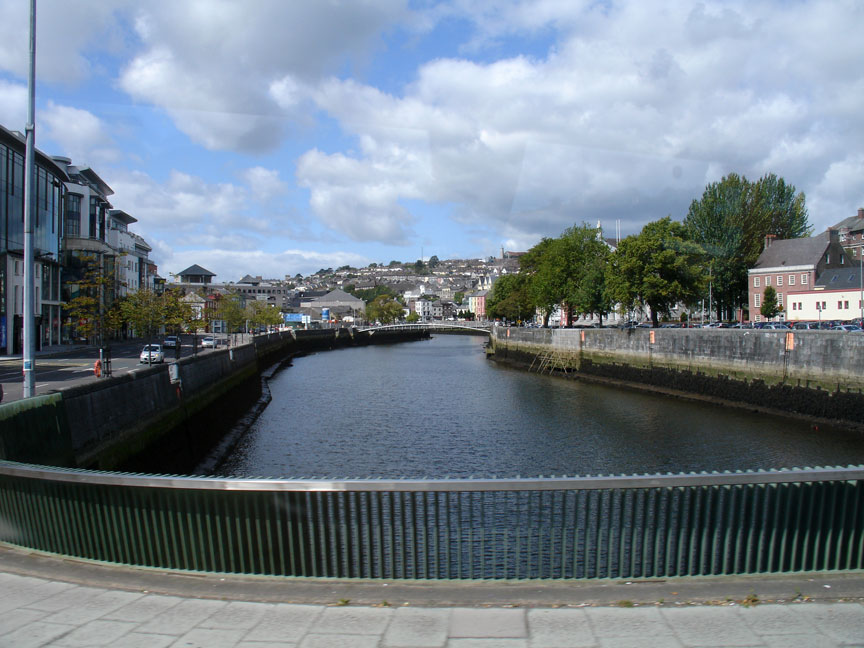 The city is built on the River Lee which divides into two channels at the western end of the city. The city centre is located on the island created by the channels. At the eastern end of the city centre they converge; and the Lee flows around Lough Mahon to Cork Harbour, one of the world's largest natural harbours. The city is a major Irish seaport; there are quays and docks along the banks of the Lee on the city's east side. 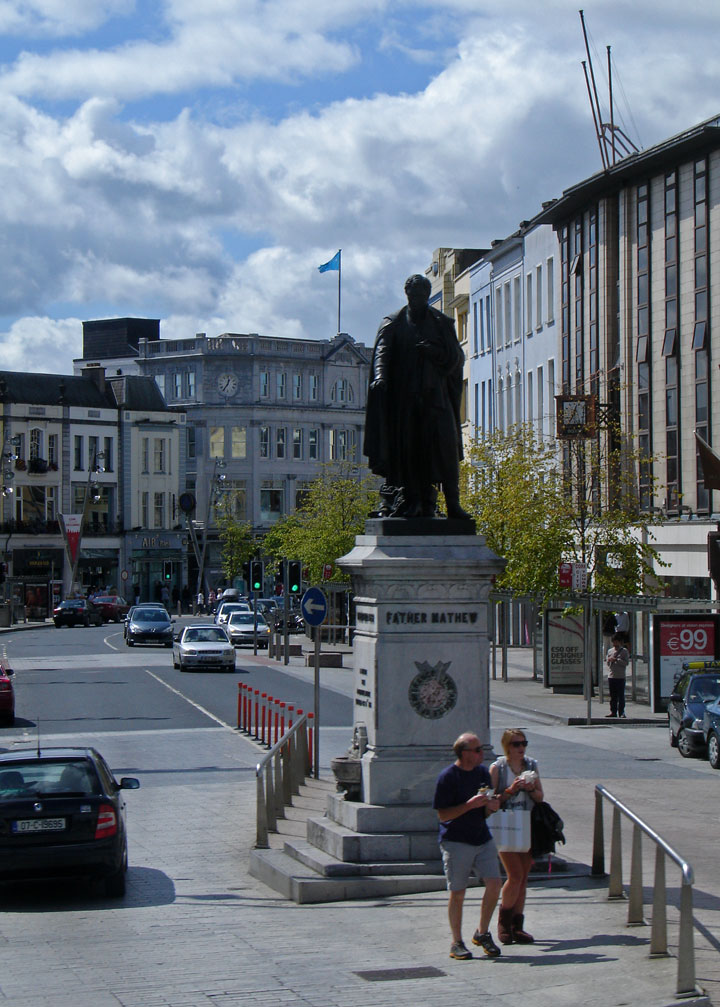 Cork features architecturally notable buildings originating from the Medieval to Modern periods. The only notable remnant of the Medieval era is the Red Abbey. There are two cathedrals in the city; St. Mary's Cathedral and St Finbarre's Cathedral. St Mary's Cathedral, often referred to as the North Cathedral is the Roman Catholic cathedral of the city and was built in 1808. St Finbarre's Cathedral serves the Protestant faith and is the more famous of the two. It is built on the foundations of an earlier cathedral. Work began in 1862 and ended in 1879 under the direction of architect William Burges. 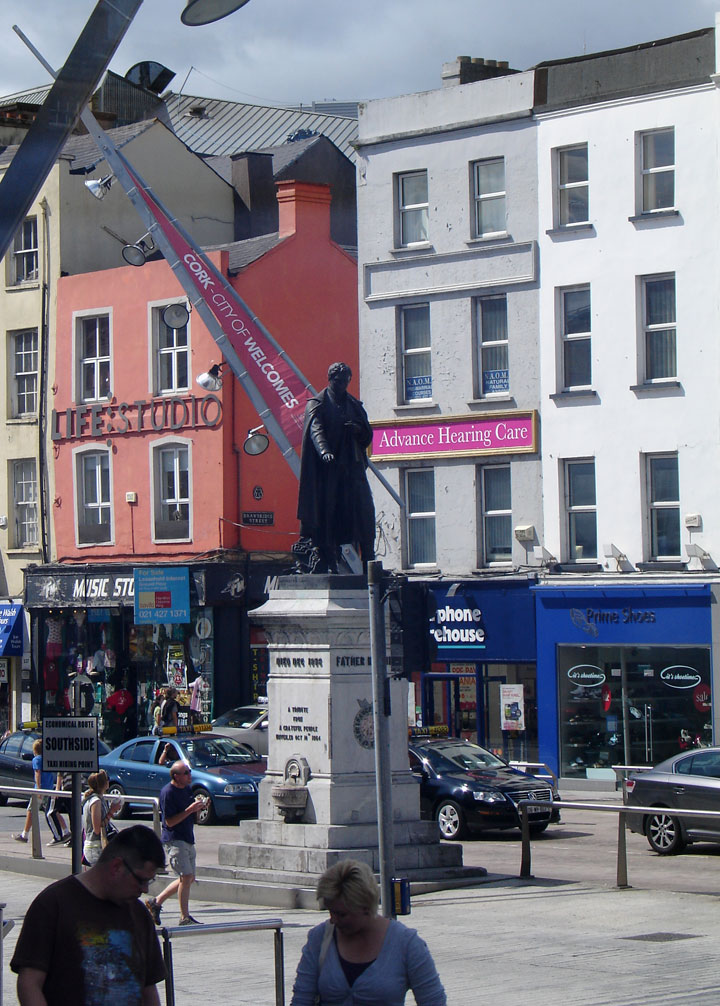 St. Patrick's Street, the main street of the city which was remodelled in the mid 2000s, is known for the architecture of the buildings along its pedestrian-friendly route and is the main shopping thoroughfare. The reason for its curved shape is that it originally was a channel of the River Lee that was built over on arches. The General Post Office, with its limestone façade, is one of the most prominent buildings on the street and the focal point of much pedestrian activity. The original building on this site, the Theatre Royal was built in 1760 and burned down in 1840. The English circus proprietor Pablo Fanque, who enjoyed fame again in the 20th Century when The Beatles referenced him in a song, rebuilt an amphitheatre on this spot in 1850, which was subsequently transformed into a theatre and then into the present General Post Office in 1877. The adjacent Grand Parade is a tree-lined avenue, home to offices, shops and financial institutions. The old financial center is the South Mall, with several banks whose interior derive from the 19th century, such as the Allied Irish Bank's which was once an exchange. 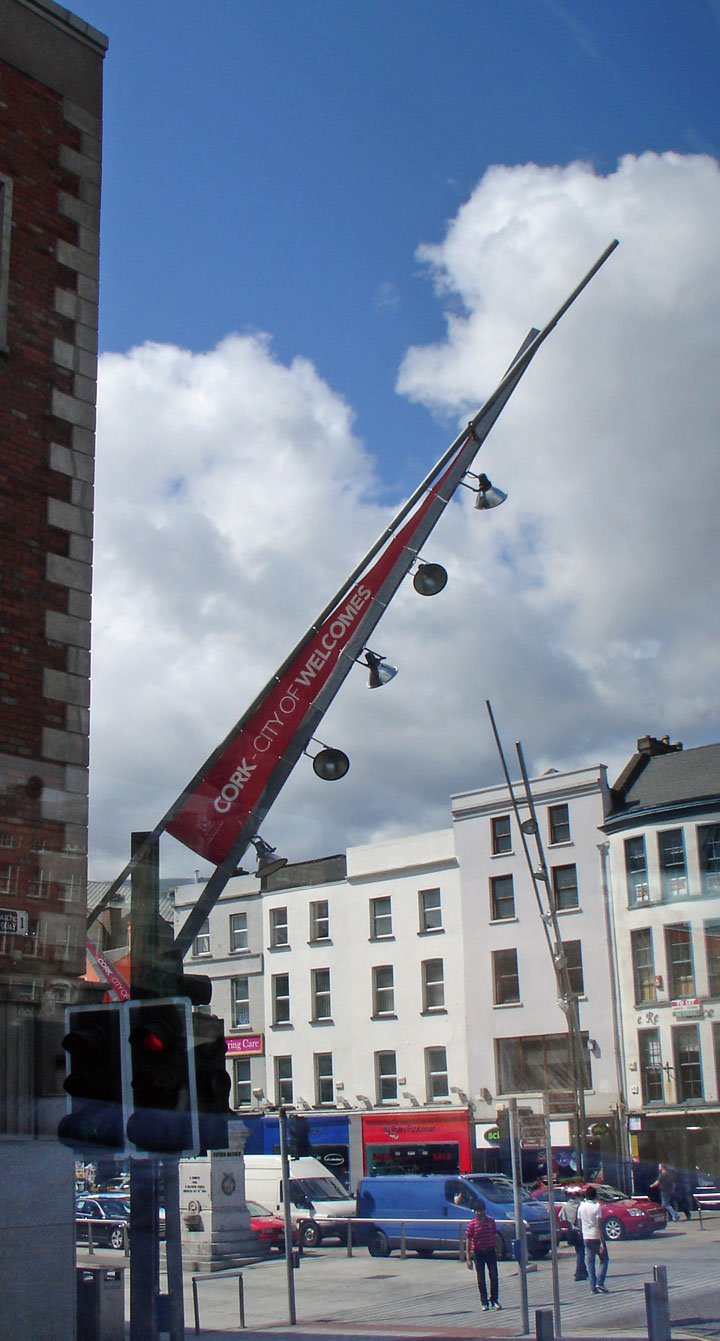 Many of the city's buildings are in the Georgian style, although there are a number of examples of modern landmark structures, such as County Hall tower, which was, at one time the tallest building in the Republic of Ireland until being superseded by another Cork City building: The Elysian. Across the river from County Hall is Ireland's longest building; built in Victorian times, Our Lady's Psychiatric Hospital has now been renovated and converted into a residential housing complex called Atkins Hall, after its architect William Atkins. 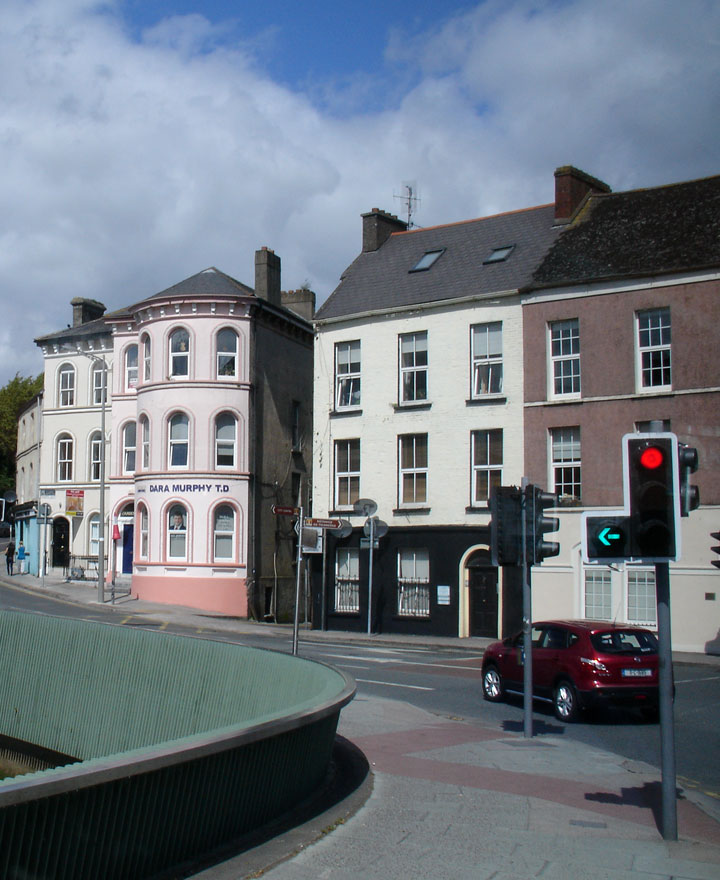 Cork's most famous building is the church tower of Shandon, which dominates the North side of the city. It is widely regarded as the symbol of the city. The North and East sides are faced in red sandstone, and the West and South sides are clad in the predominant stone of the region, white limestone. At the top sits a weather vane in the shape of an eleven-foot salmon. 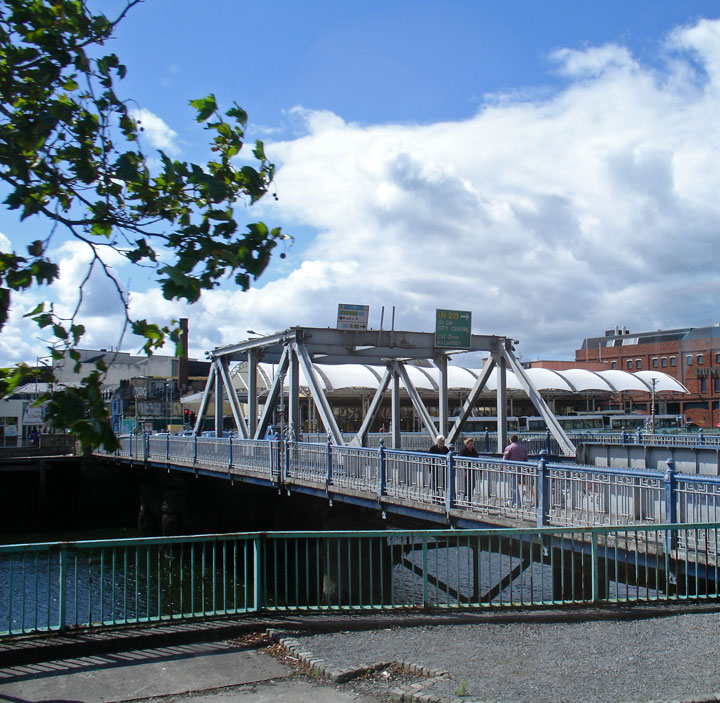 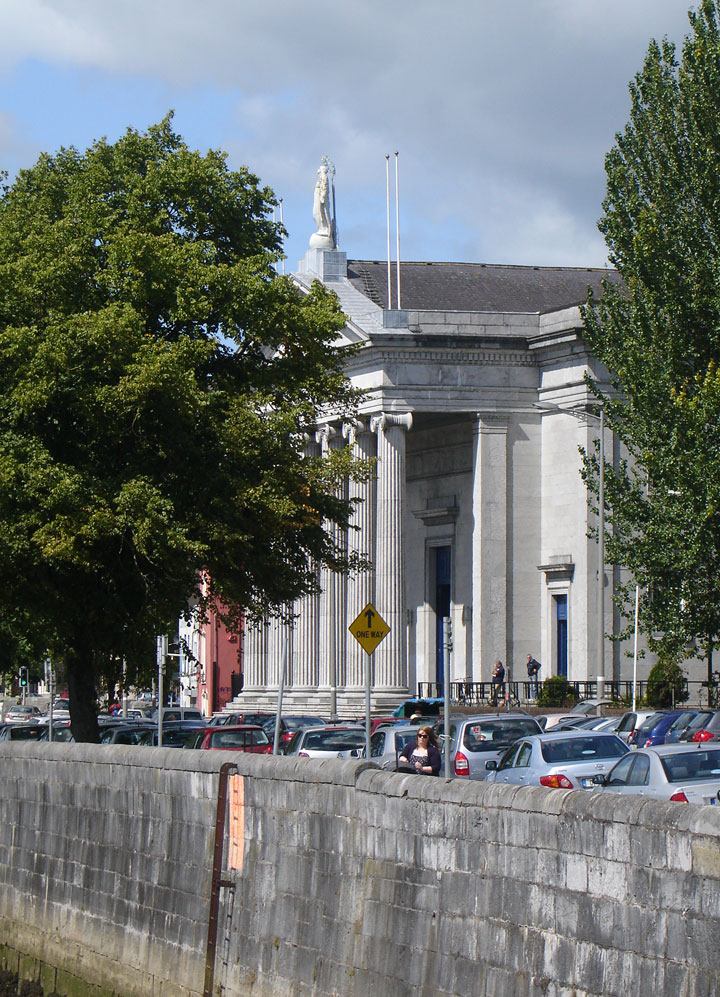 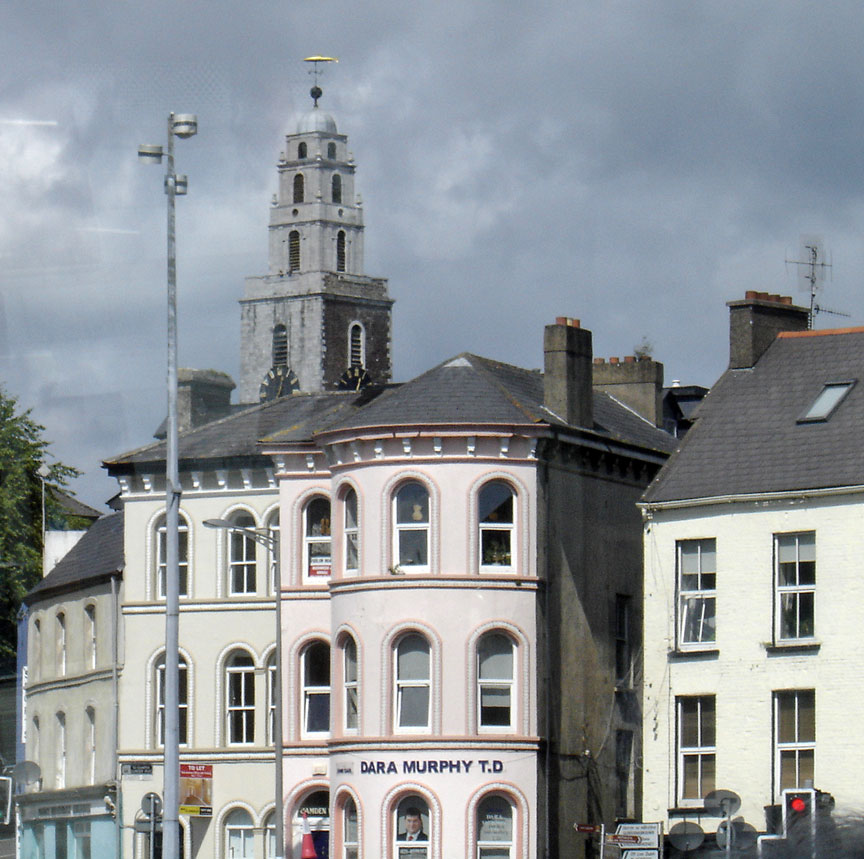 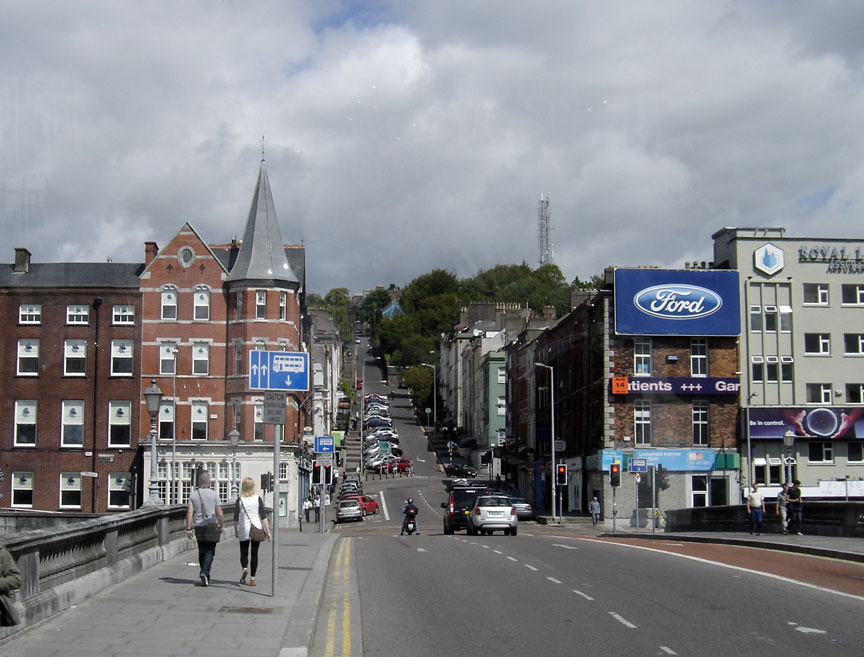 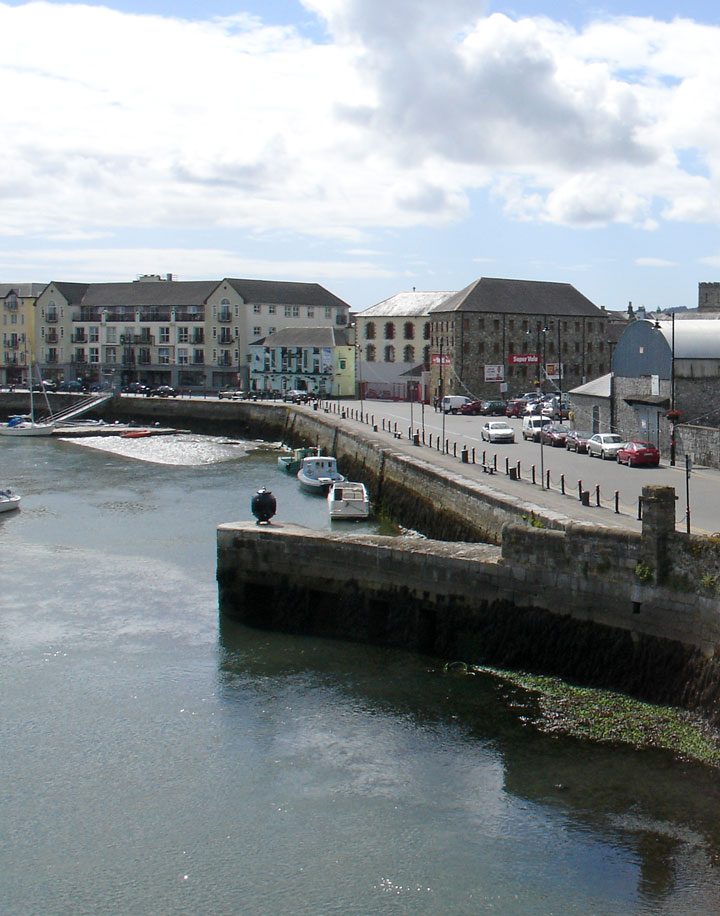 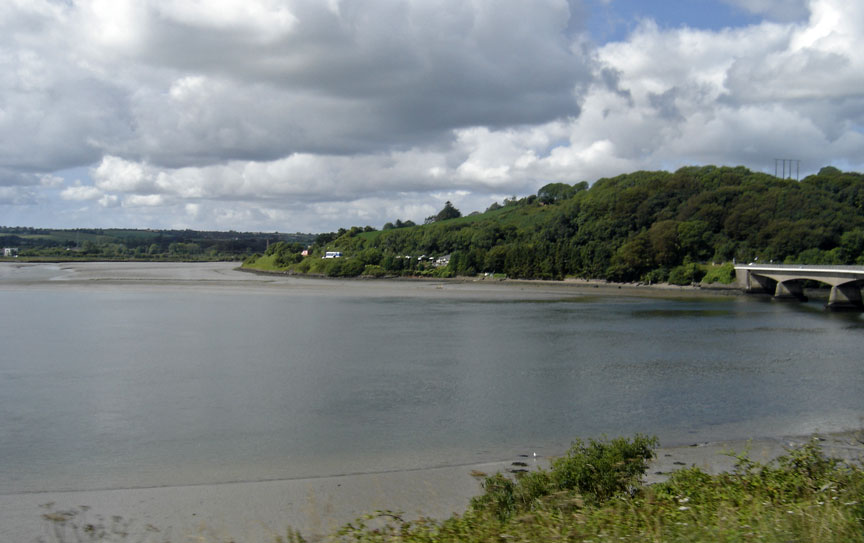 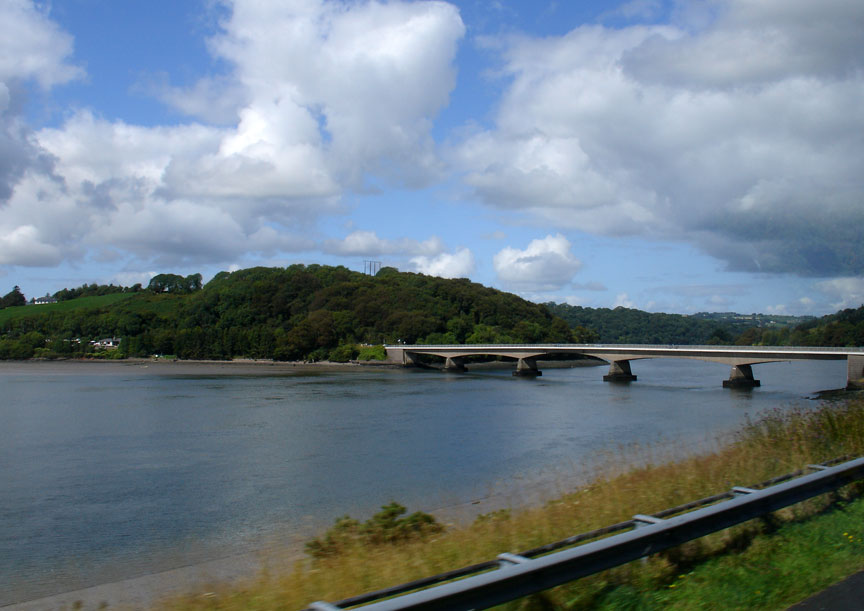 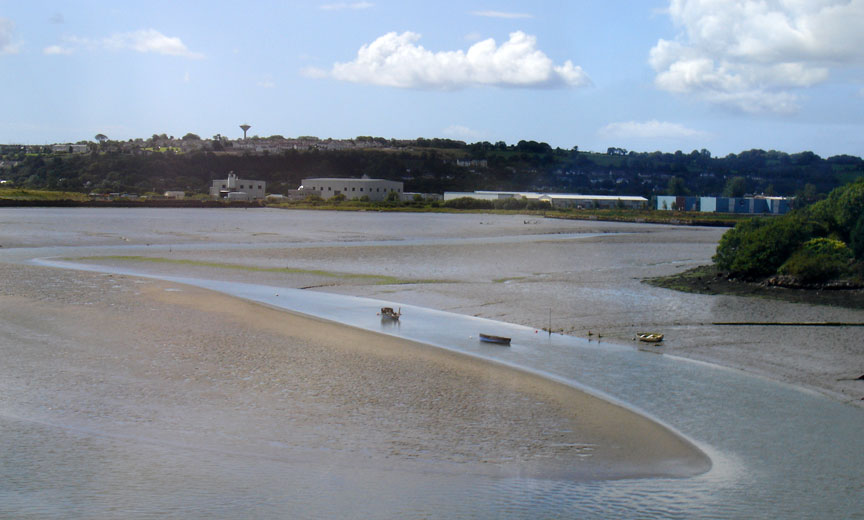 view to the sea