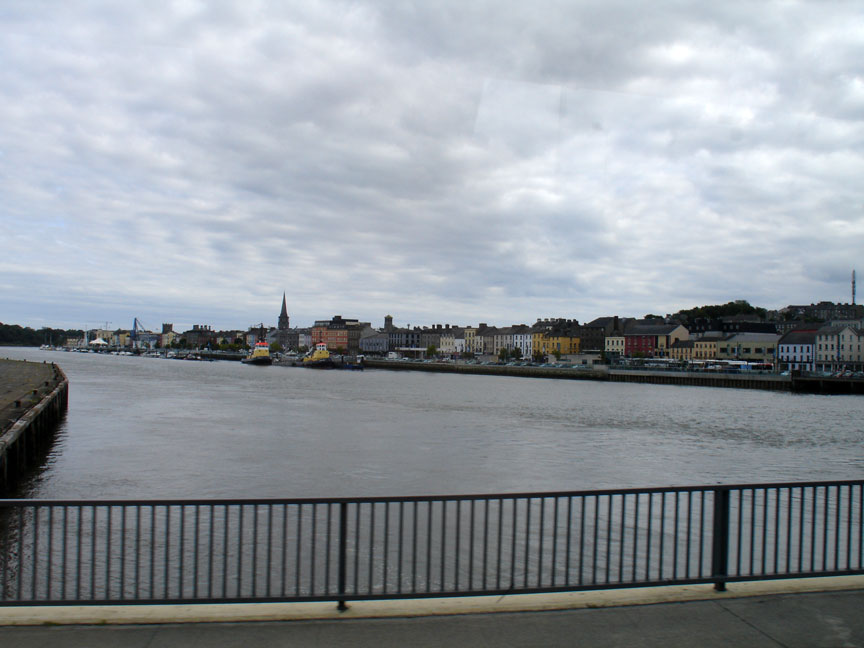 Waterford is the seventh largest city in all of Ireland and the fifth largest city within the Republic of Ireland. It is the largest city in the South-East of the country. Waterford City Council is the local government entity for the city and its immediate hinterland. Founded in 914 AD by the Vikings, it is the country's oldest city. The population of the city in 2006 was 49,213; of which 45,748 lived within the city limits, and 3,465 lived in the suburbs in County Kilkenny. 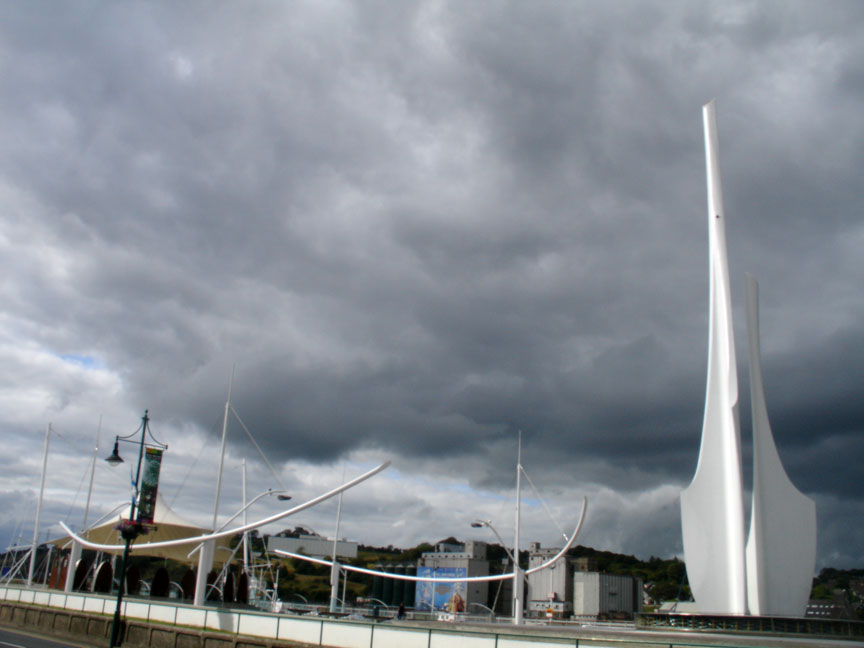 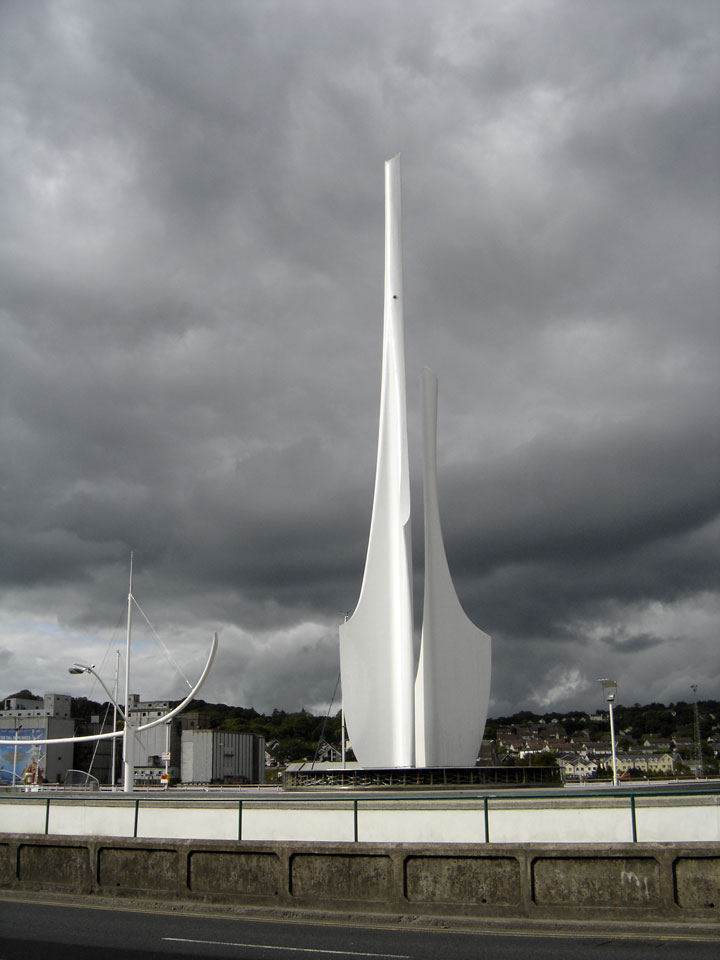 The city is situated at the head of Waterford Harbour (Irish: Loch Dá Chaoch or Cuan Phort Láirge). The city motto Urbs Intacta Manet Waterfordia ("Waterford remains the untaken city") was granted by King Henry VII of England in 1497 after Waterford refused to recognise the claims of the pretenders Lambert Simnel and Perkin Warbeck to the English throne. Waterford was subjected to two sieges in 1649 and 1650, during the Cromwellian conquest of Ireland. It withstood the first siege but surrendered during the second siege to Henry Ireton on 6 August 1650. 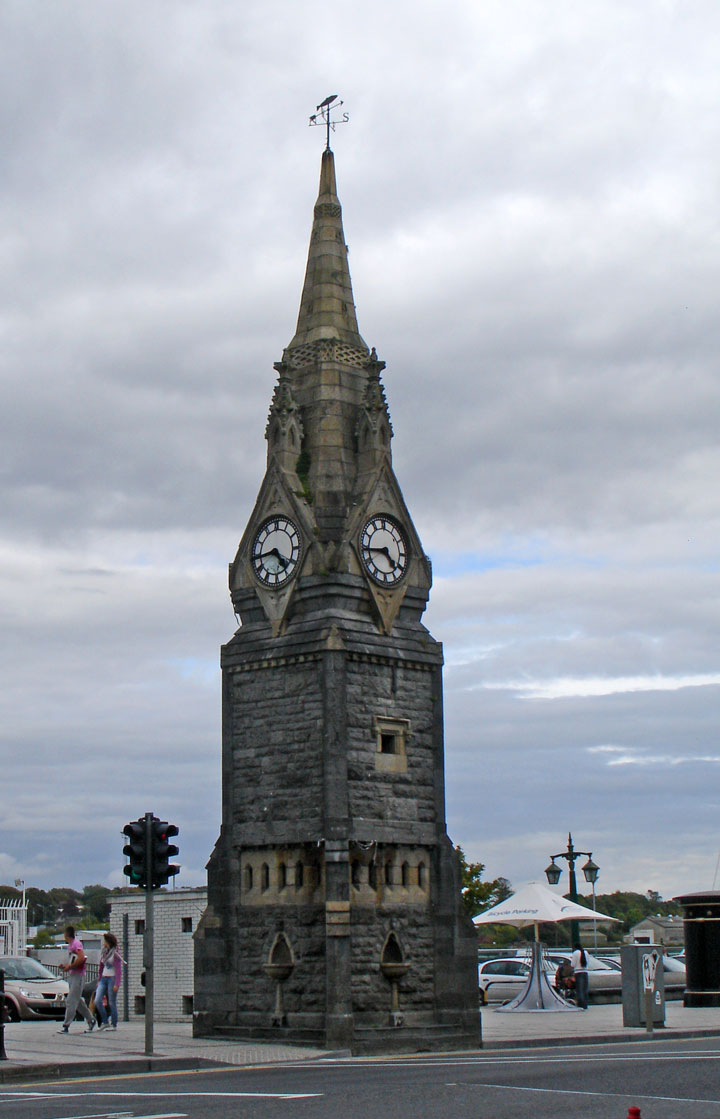 Reginald's Tower is the oldest urban civic building in Ireland, and the oldest monument to retain its Viking name. To this day, it remains Waterford's most recognizable landmark. It is believed to be the first building in Ireland to use mortar. The River Suir, which flows through Waterford City, has provided a basis for the city's long maritime history. The place downriver from Waterford where the Nore and the Barrow join the River Suir is known in Irish as Cumar na dTrí Uisce ("The confluence of the three waters"). Waterford Port has been one of Ireland's major ports for over a millennium. In the 19th century shipbuilding was a major industry. The owners of the Neptune Shipyard, the Malcomson family, built and operated the largest fleet of iron steamers in the world between the mid-1850s and the late-1860s, including five trans-Atlantic passenger liners. 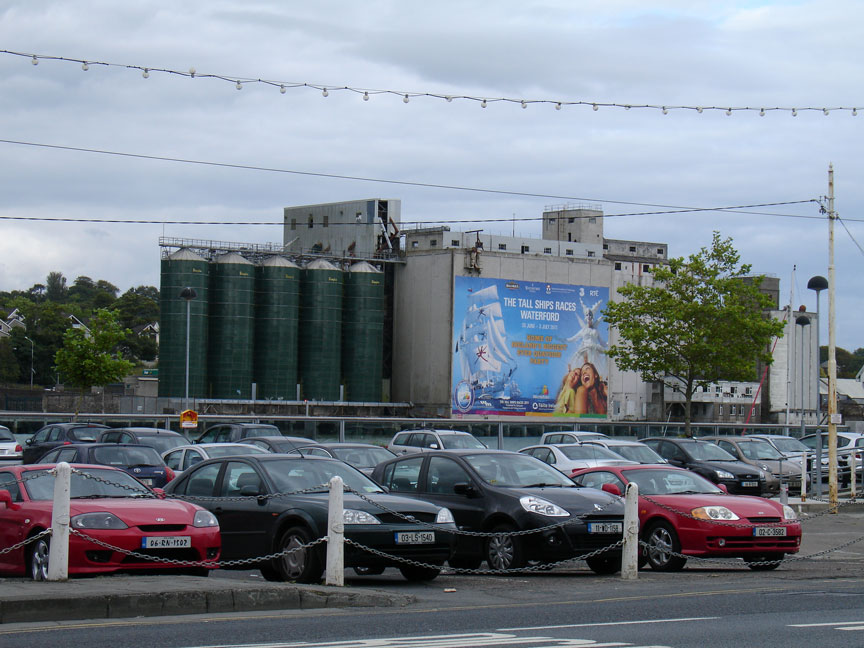 Today, Waterford is known for Waterford Crystal, a legacy of the city's former glass making industry. Glass, or crystal, was manufactured in the city from 1783 until early 2009, when the factory there was shut down after the receivership of Waterford Wedgwood plc. Waterford is the sister city of St. John's, Newfoundland and Labrador and Rochester, New York.Viking raiders first established a settlement near Waterford in 853. It and all the other longphorts were vacated in 902, the Vikings having been driven out by the native Irish. The Vikings re-established themselves in Ireland at Waterford in 914, led at first by Ottir Iarla (Jarl Ottar) until 917, and after that by Ragnall ua Ímair and the Uí Ímair dynasty, and built what would be Ireland's first city. A list of the city's rulers from this date to the mayors of the present day can be found in Rulers of Waterford. Among the most prominent kings of Waterford was Ivar of Waterford. 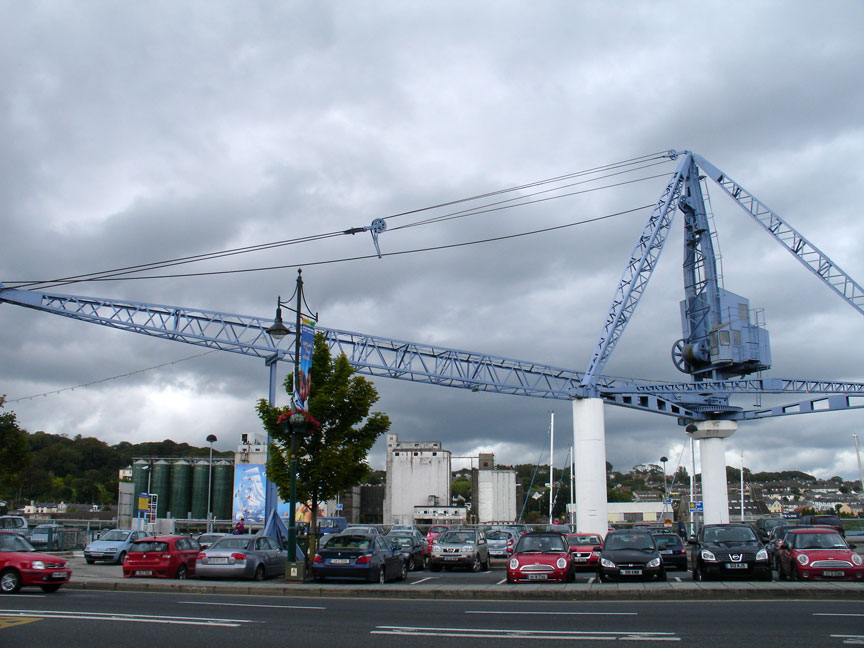 In 1167, Diarmuid MacMorrough, King of Leinster, failed in an attempt to take Waterford. He returned in 1170 with Norman mercenaries under Richard de Clare, 2nd Earl of Pembroke (Strongbow); together they besieged and took Waterford after a desperate defence. This was the introduction of the Anglo-Normans into Ireland. In 1171, Henry II of England landed at Waterford. Waterford and then Dublin were declared royal cities, Dublin was declared capital of Ireland. 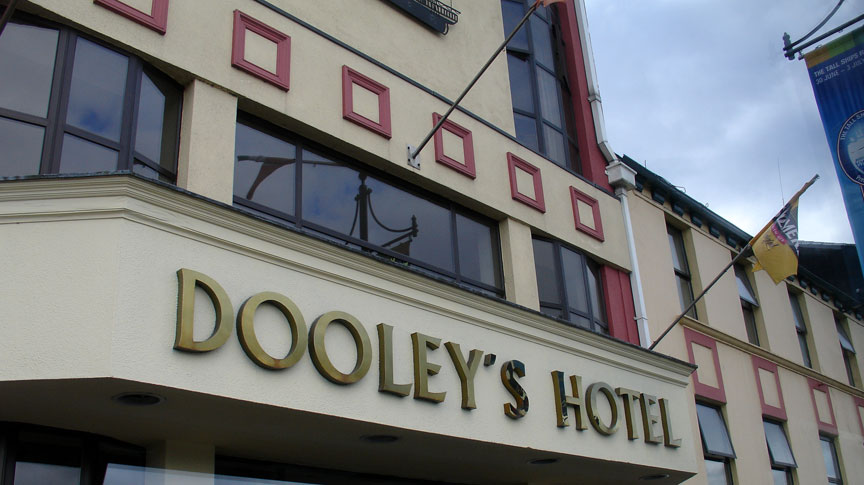 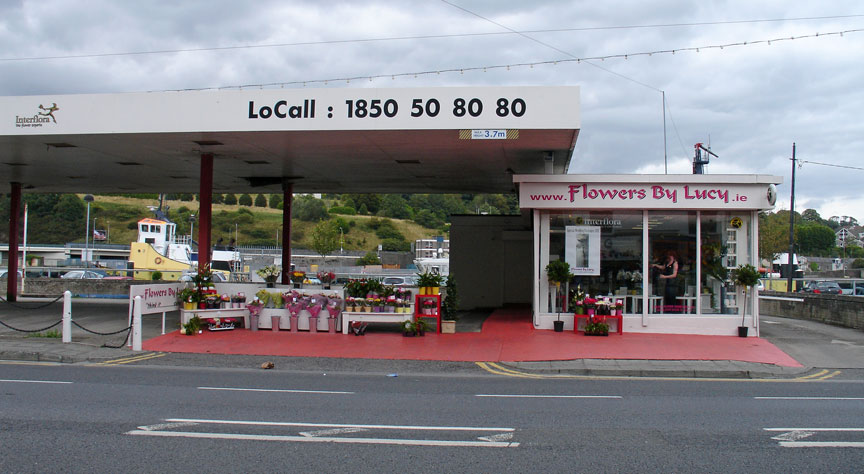 After the Protestant Reformation, Waterford remained a Catholic city and participated in the confederation of Kilkenny – an independent Catholic government from 1642 to 1649. This was ended abruptly by Oliver Cromwell, who brought the country back under English rule; his nephew Henry Ireton finally took Waterford in 1650 after a major siege. 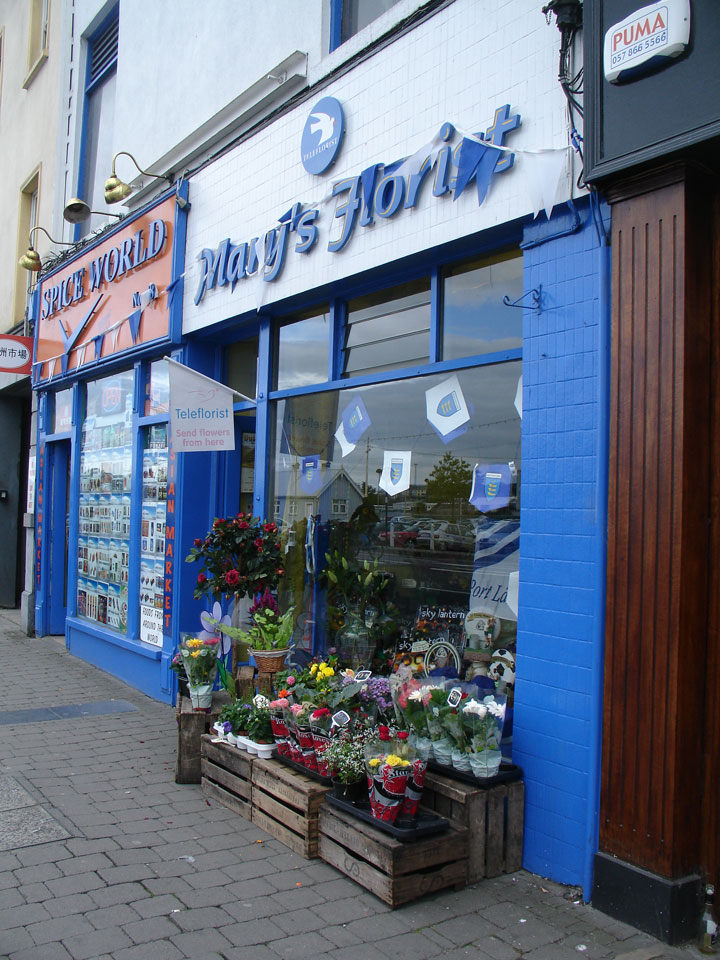 The 18th century was a period of huge prosperity for Waterford. Most of the city's best architecture appeared during this time. In the 19th century, great industries such as glass making and ship building thrived in the city. 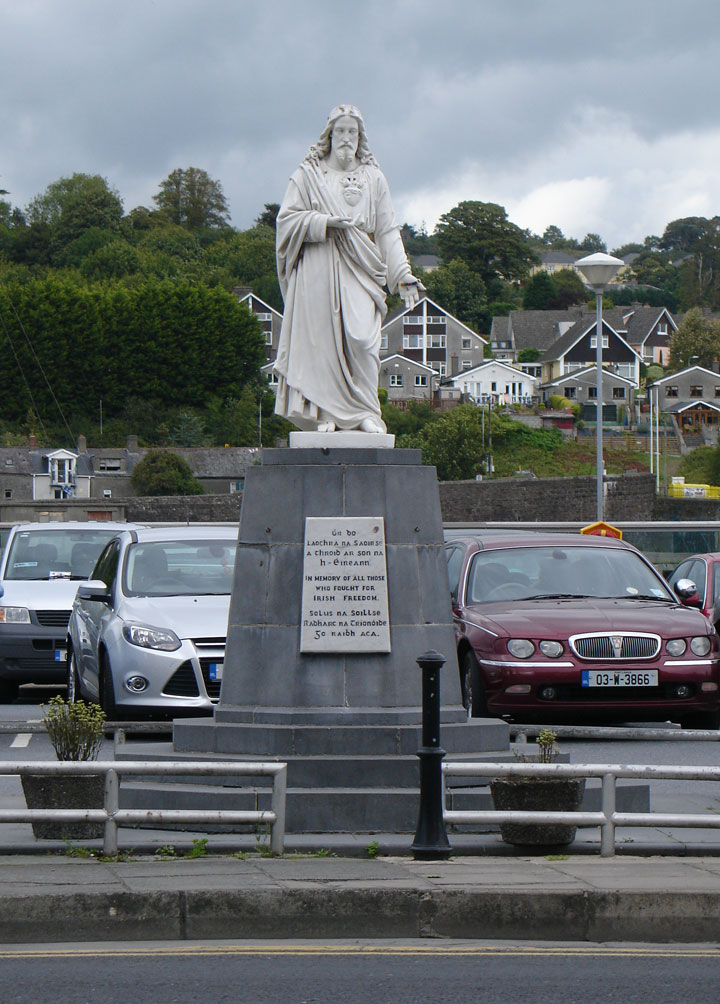 In the early 19th century, Waterford City was deemed vulnerable and the British government erected three Martello towers on the Hook Peninsula to reinforce the existing Fort at Duncannon. 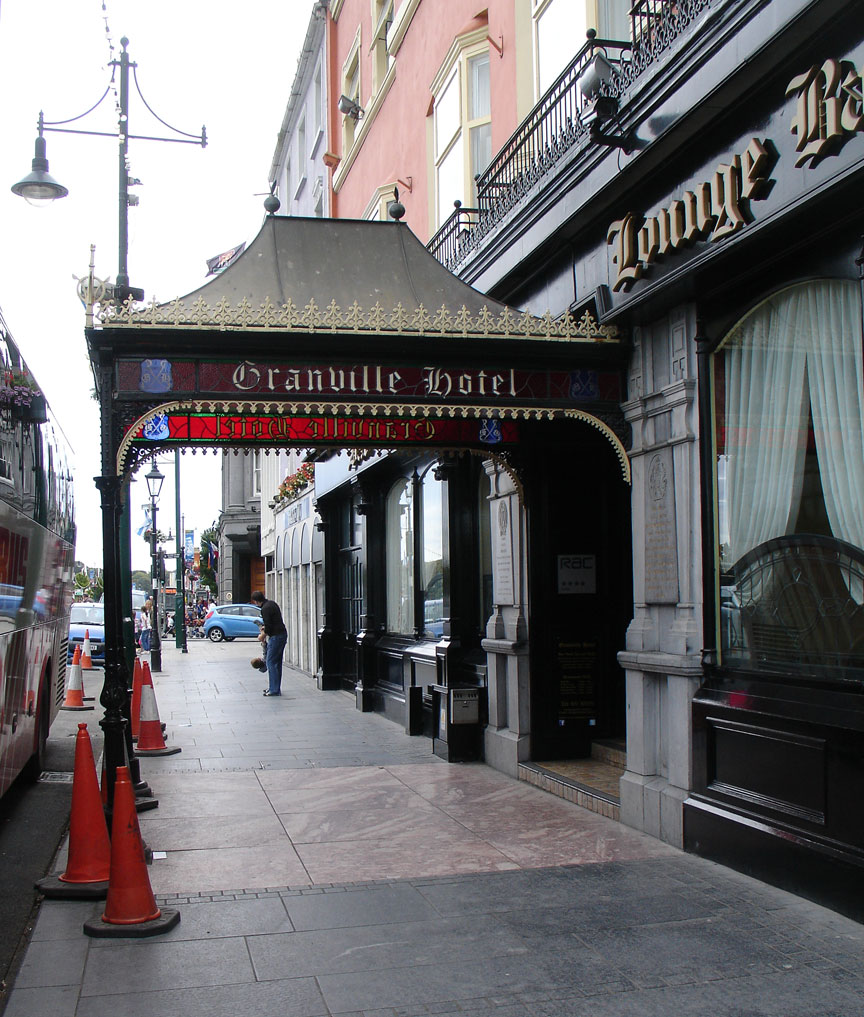 The city was represented in the Parliament of the United Kingdom from 1891 to 1918 by John Redmond MP, leader (from January 1900) of the Irish Parliamentary Party. Redmond, then leader of the pro-Parnell faction of the party, defeated David Sheehy in 1891. In 1911, Br. Jerome Foley, Br. Dunstan Drumm and Br. Leopold Loughran left Waterford for Malvern, Australia. Here, they founded a Catholic college which is still in existence today. In July 1922, Waterford was the scene of fighting between Irish Free State and Irish Republican troops during the Irish Civil War. 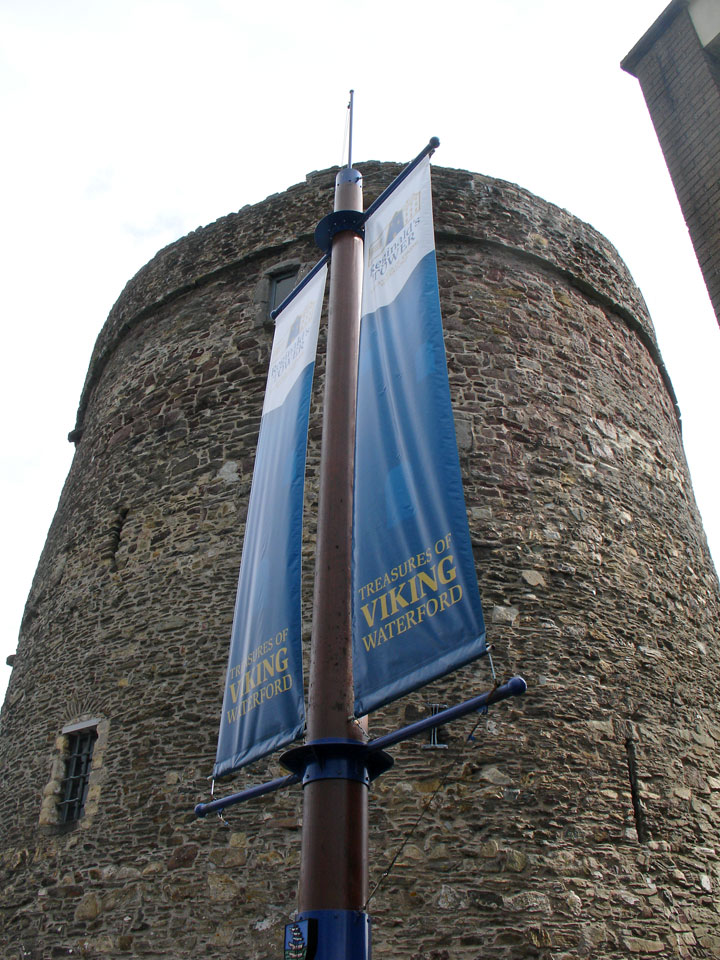 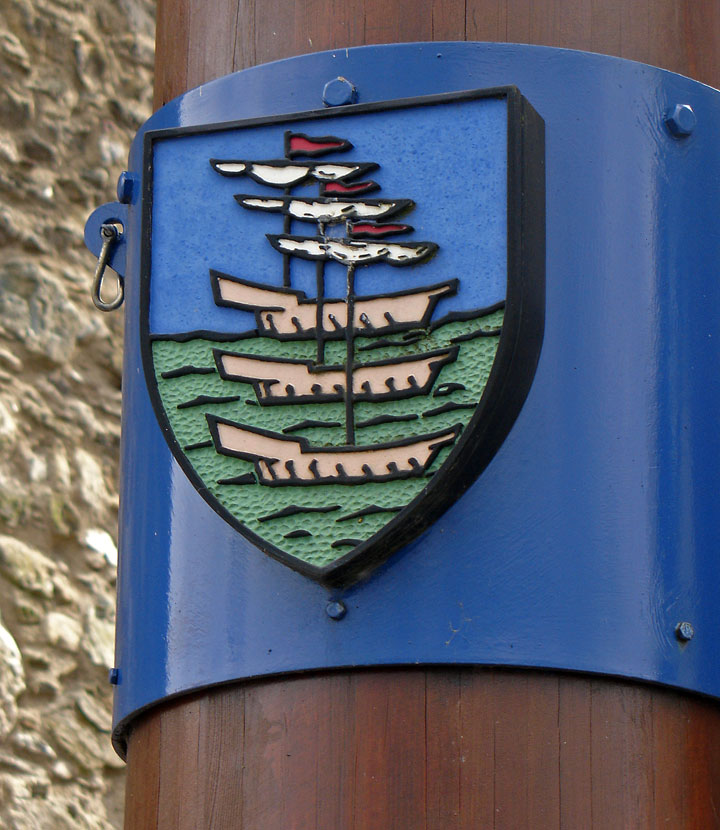 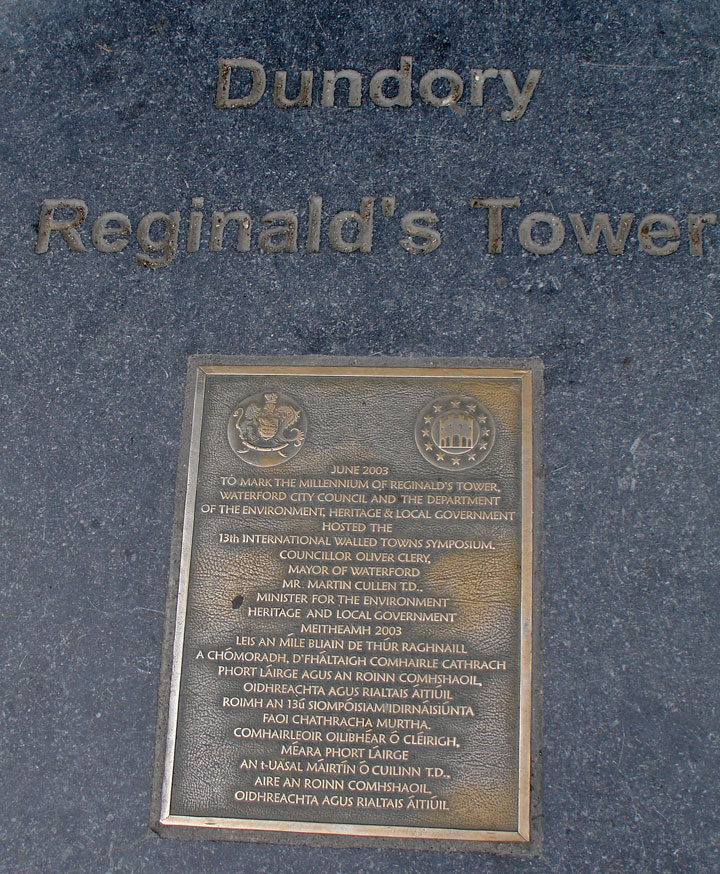 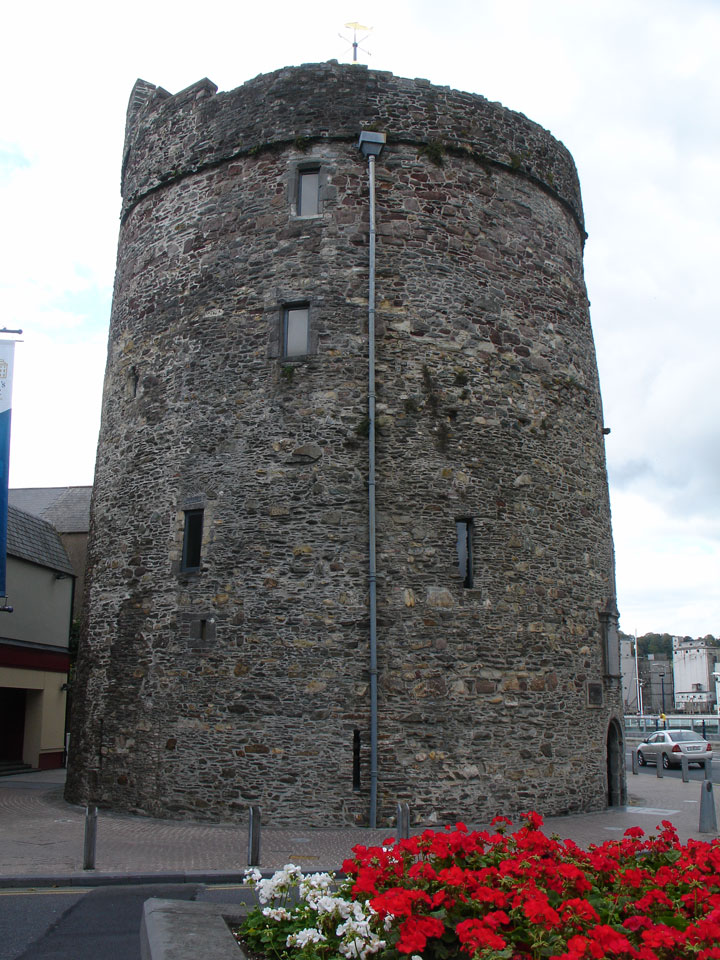 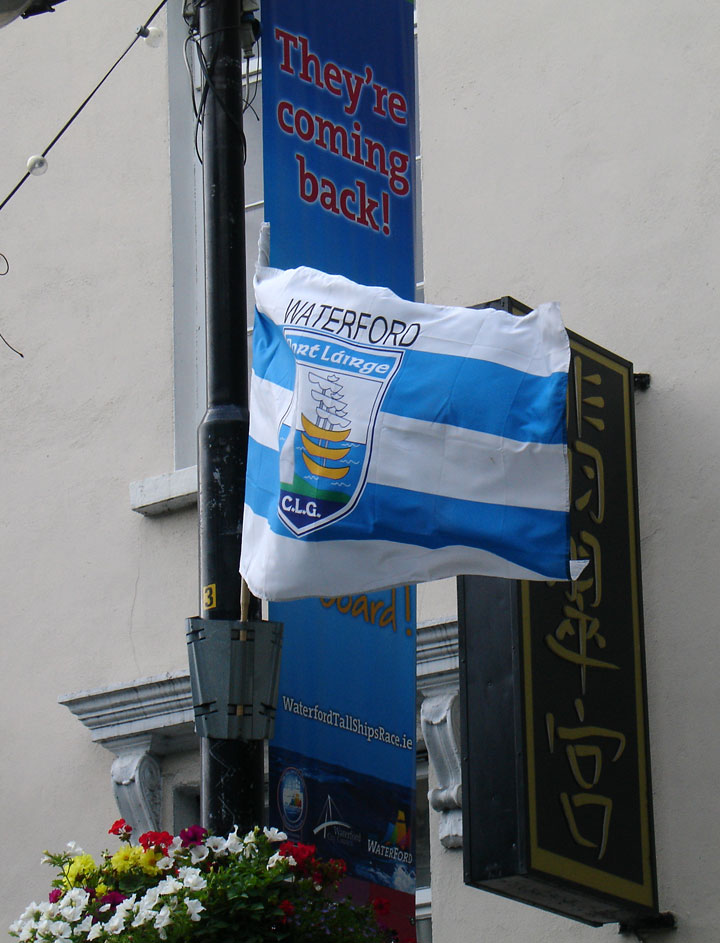 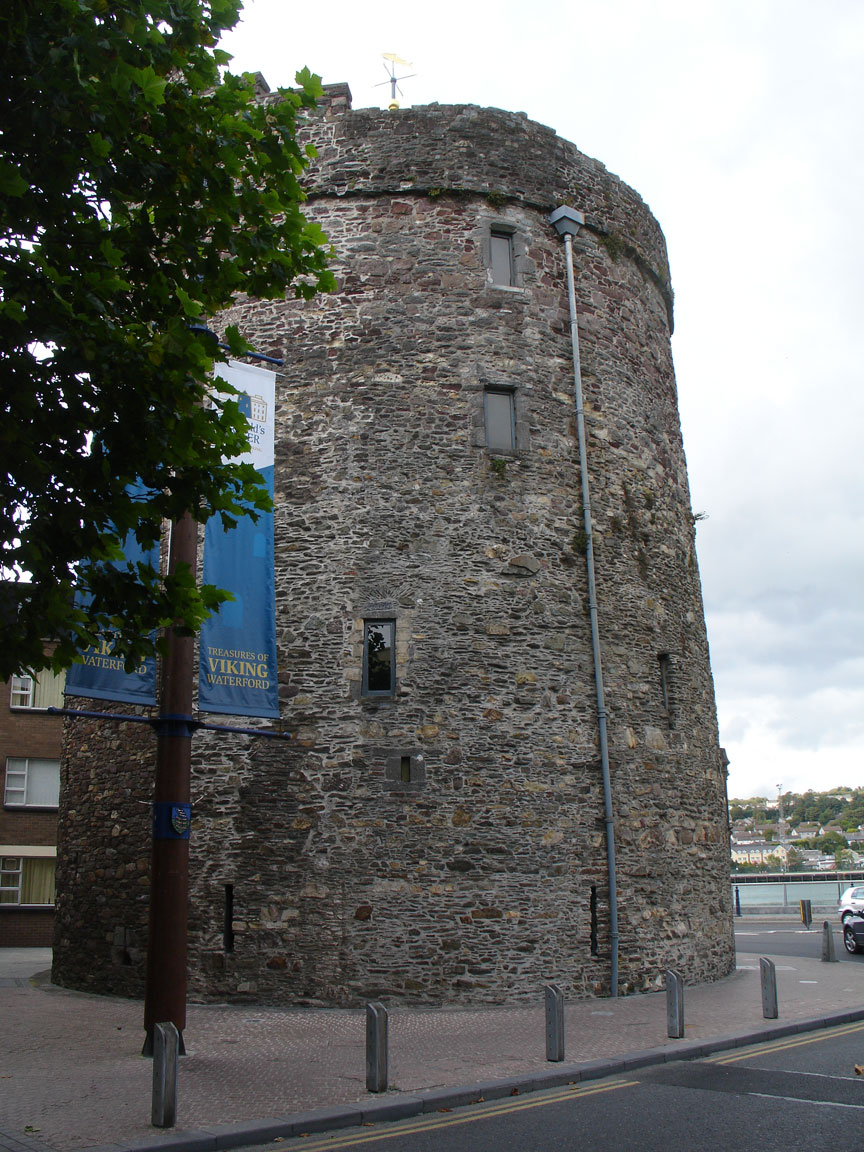 The City of Waterford consists of various cultural quarters, the oldest of which is known as 'the Viking Triangle'. This is the part of the city surrounded by the original 10th century fortifications, which is triangular in shape with its apex at Reginald's Tower. Though this was once the site of a thriving Viking city, the city centre has shifted to the west over the years, and it is now a quiet and tranquil area, dominated by narrow streets, medieval architecture, and civic spaces. Over the past decade, a number of restaurants have opened in High Street and Henrietta Street, taking advantage of the charming character of the area. Much of Waterford's impressive architecture is to be found in 'the Viking Triangle'. 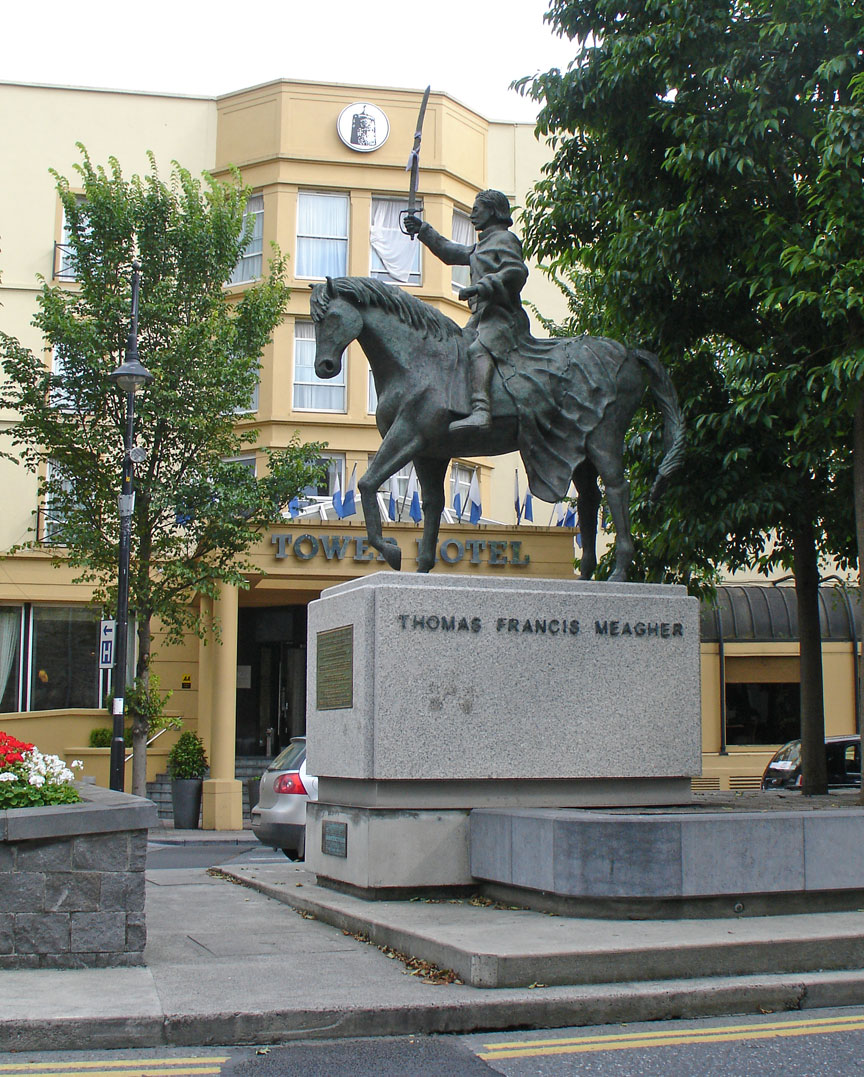 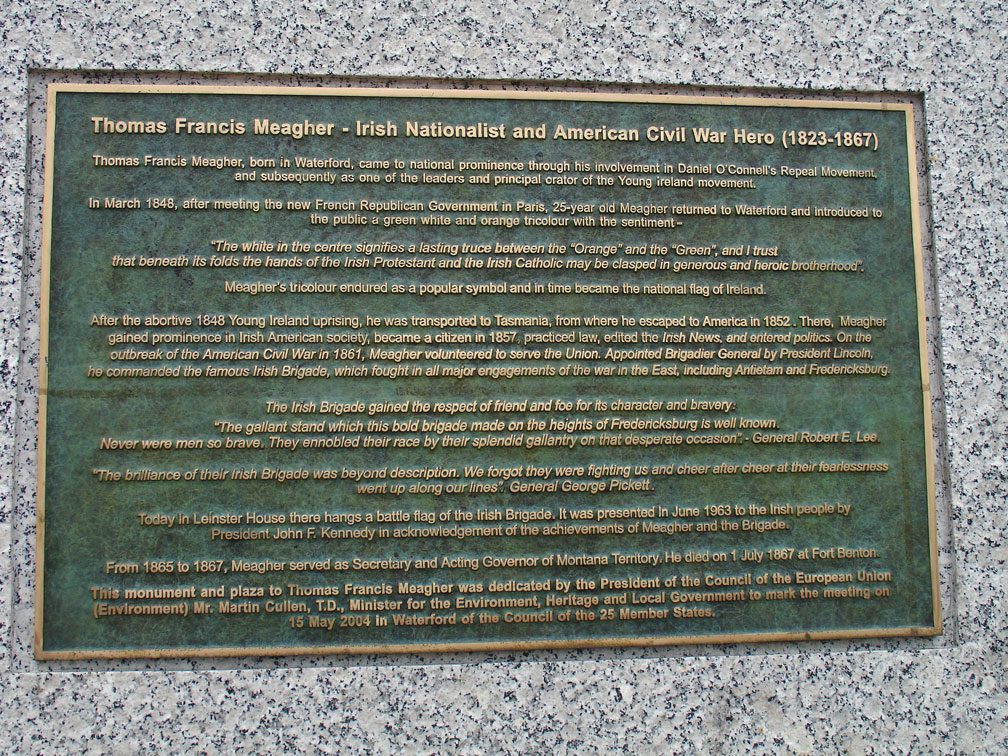 In the 15th century, the city was enlarged with the building of an outer wall on the west side. Today Waterford retains more of its city walls than any other city in Ireland with the exception of Derry, whose walls were built much later. Tours of Waterford's city walls are conducted daily. 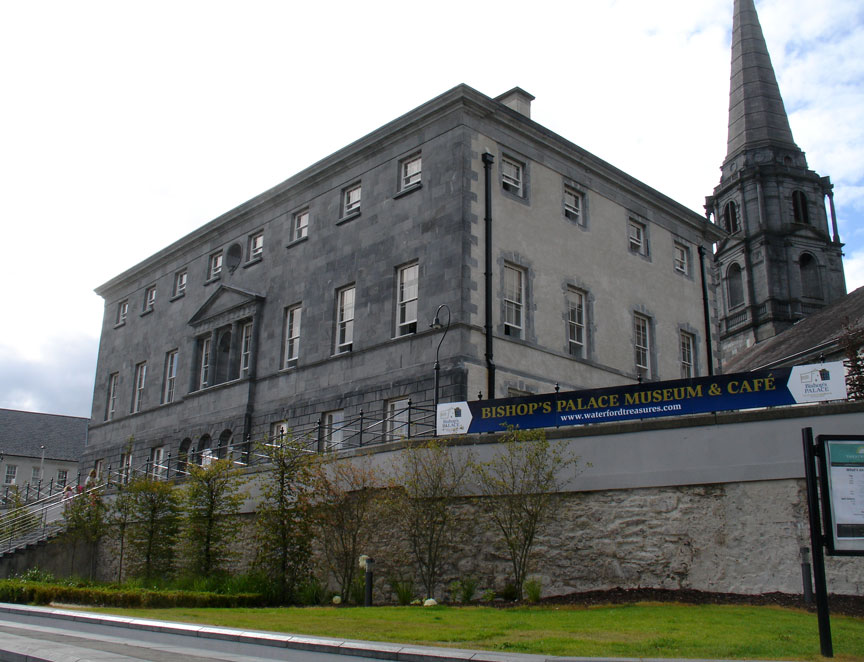 The Quay, once termed by historian Mark Girouard 'the noblest quay in Europe', is a mile long from Grattan Quay to Adelphi Quay, though Adelphi Quay is now a residential area. It is still a major focal point for Waterford, commercially and socially, and the face that Waterford presents to those traveling into the city from the north. Near Reginald's Tower is the William Vincent Wallace Plaza, a monument and amenity built around the time of the millennium that commemorates the Waterford born composer. 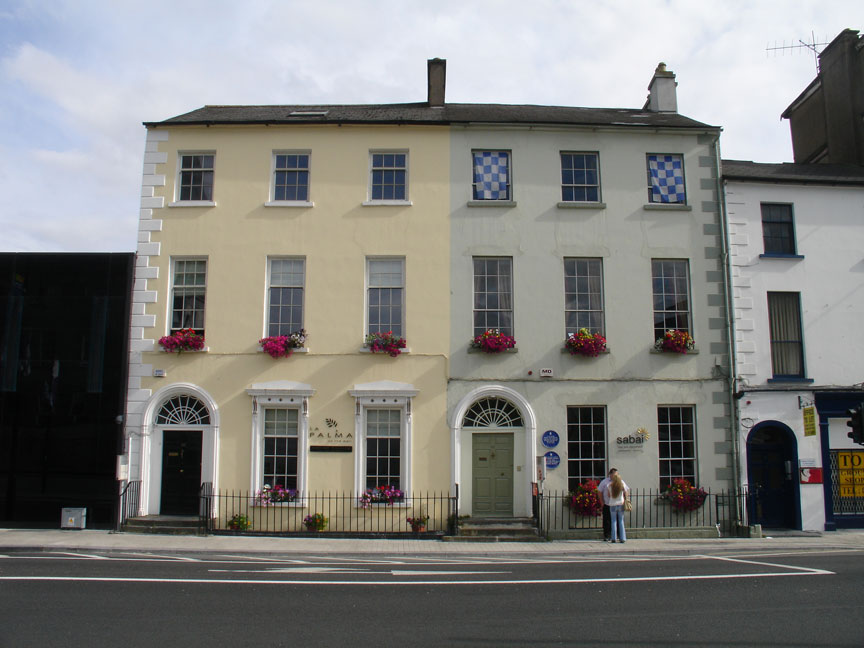 John Roberts Square is a pedestrianised area that is one of the main focal points of Waterford's modern day commercial centre. It was named after the city's most celebrated architect, John Roberts, and was formed from the junction of Barronstrand Street, Broad Street and George's Street. It is often referred to locally as Red Square, due to the red paving that was used when the area was first pedestrianised. A short distance to the east of John Roberts Square is Arundel Square, another square with a fine commercial tradition, which the City Square shopping centre opens onto. 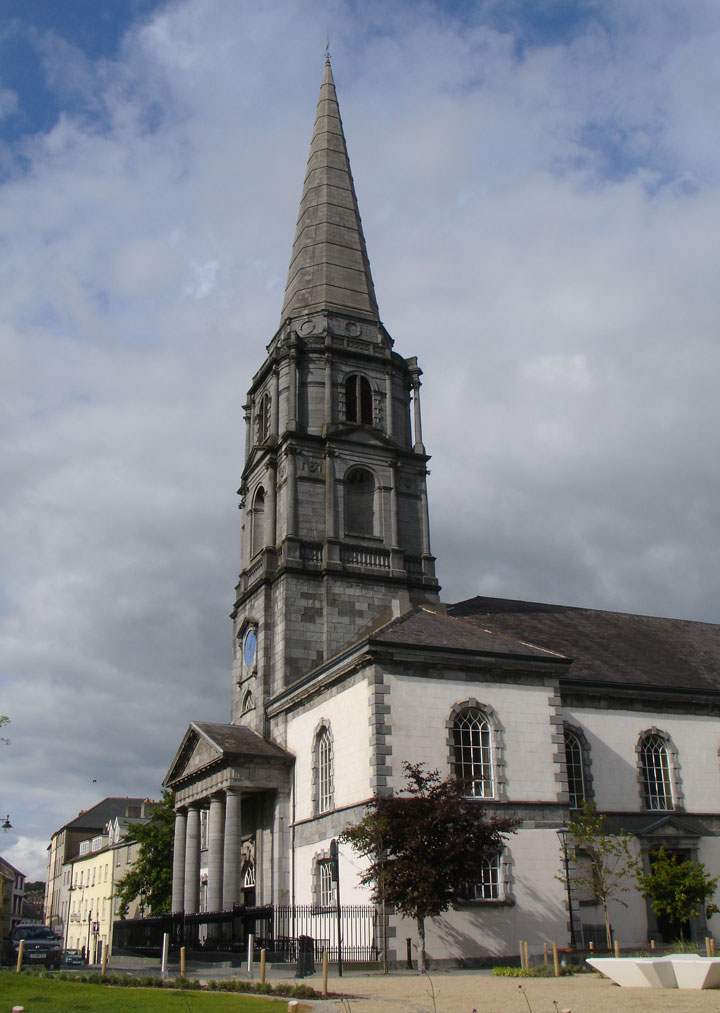 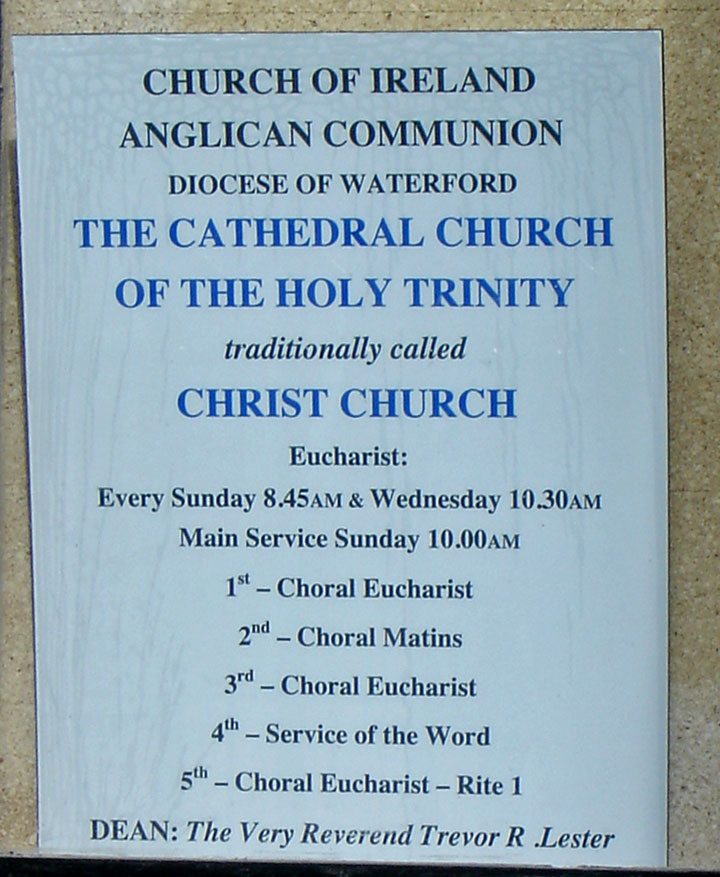 Ballybricken, in the west, just outside the city walls, is thought to have been Waterford's Irishtown, a type of settlement that often formed outside Irish cities to house the Vikings and Irish that had been expelled during the Norman invasion of Ireland. Ballybricken is an inner city neighbourhood with a long tradition, centred around Ballybricken hill, which was a large, open market-square. Today it has been converted into a green, civic space, but the Bull Post, where livestock was once bought and sold, still stands as a remnant of the hill's past. 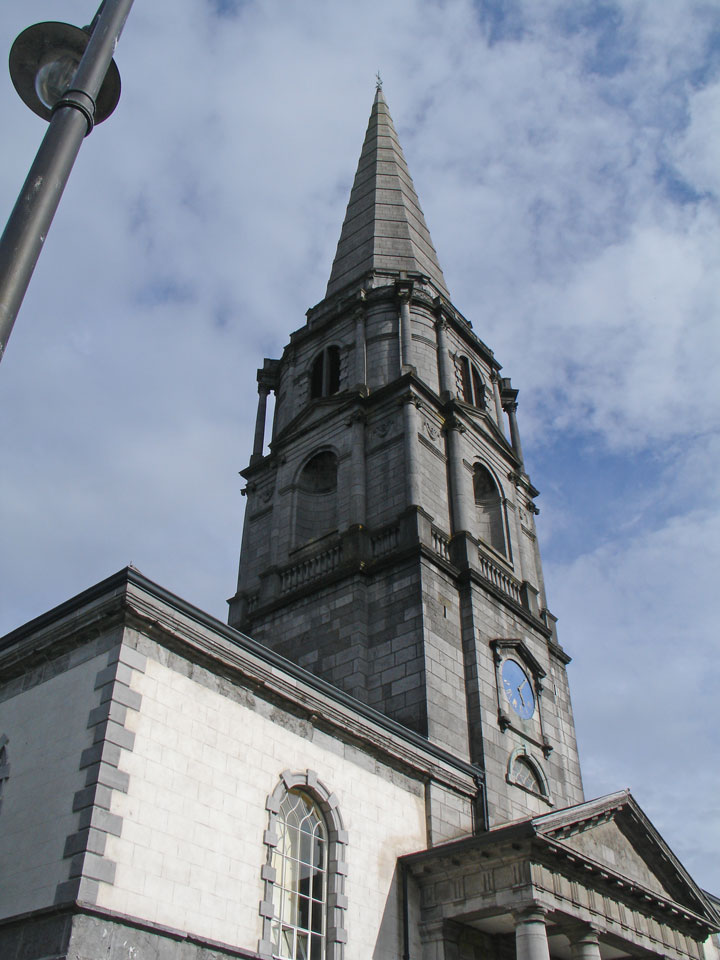 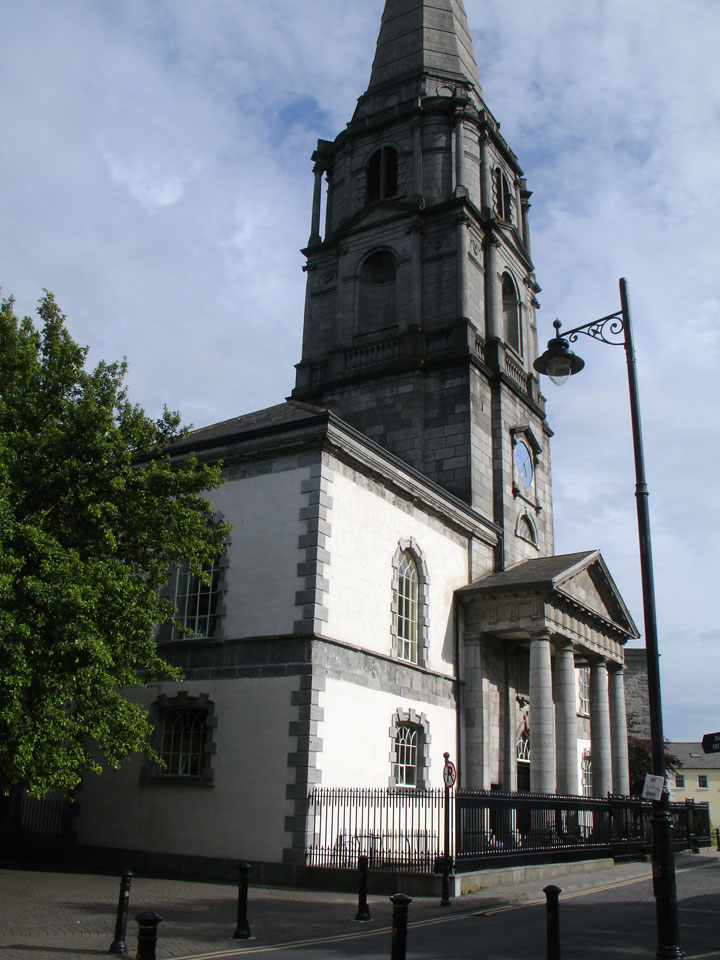 The Mall is a fine Georgian thoroughfare, built by the Wide Streets Commission in order to extend the city southwards. It contains some of the city's finest Georgian architecture. The People's Park, Waterford's largest and finest park, is located nearby. 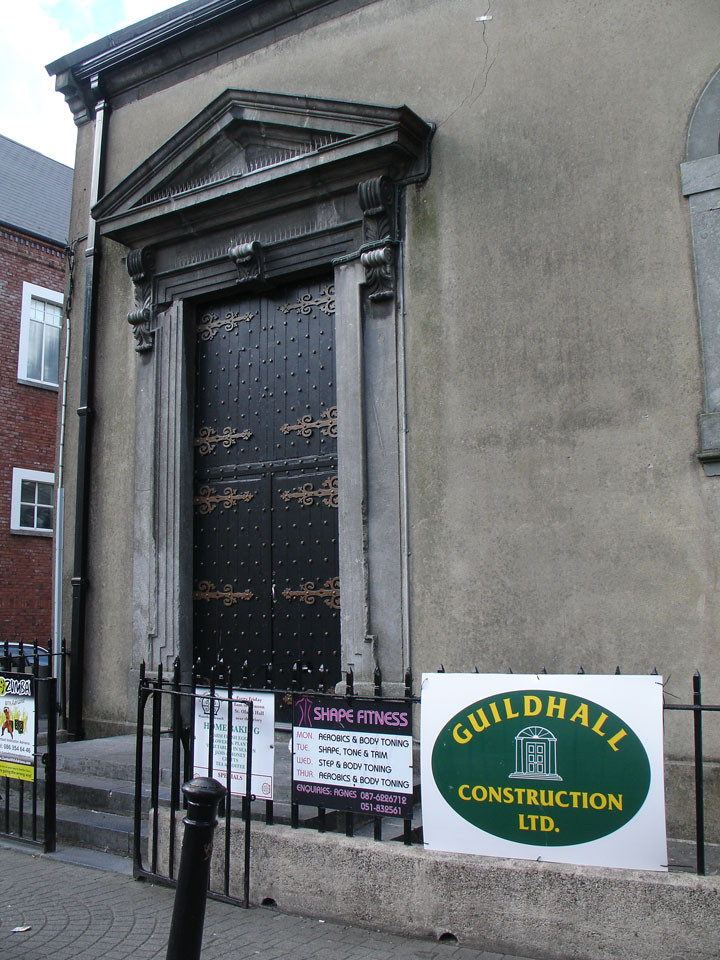 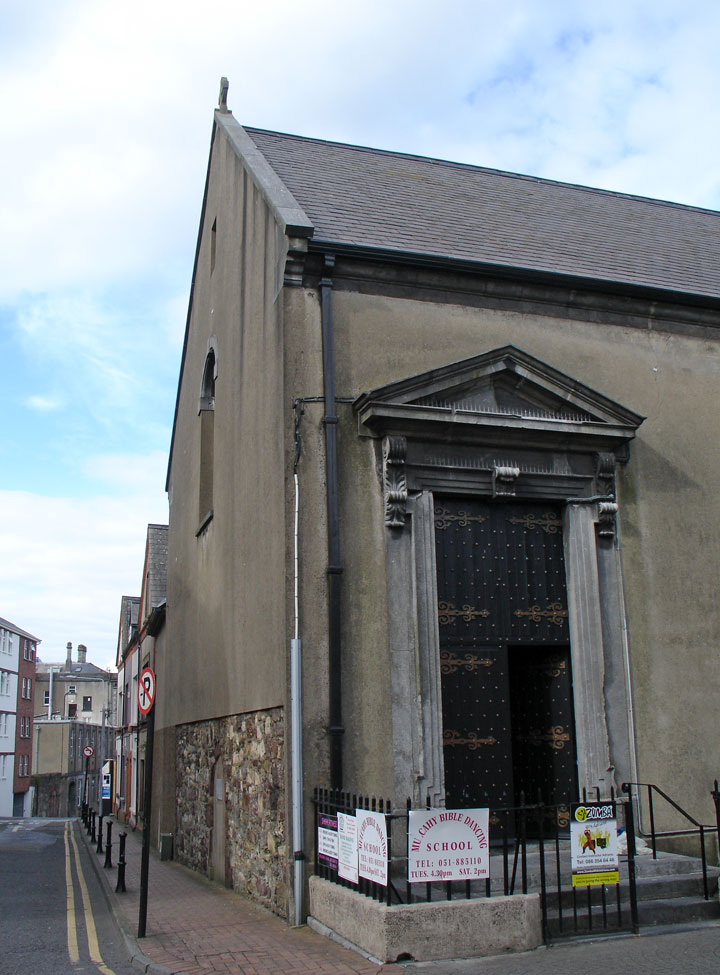 Ferrybank in County Waterford is Waterford's only suburb north of the river. It contains a village centre of its own. Waterford City Council have granted permission for a number of major retail developments in Ferrybank. One has been completed and the second is currently under construction and due to be completed in January 2009. 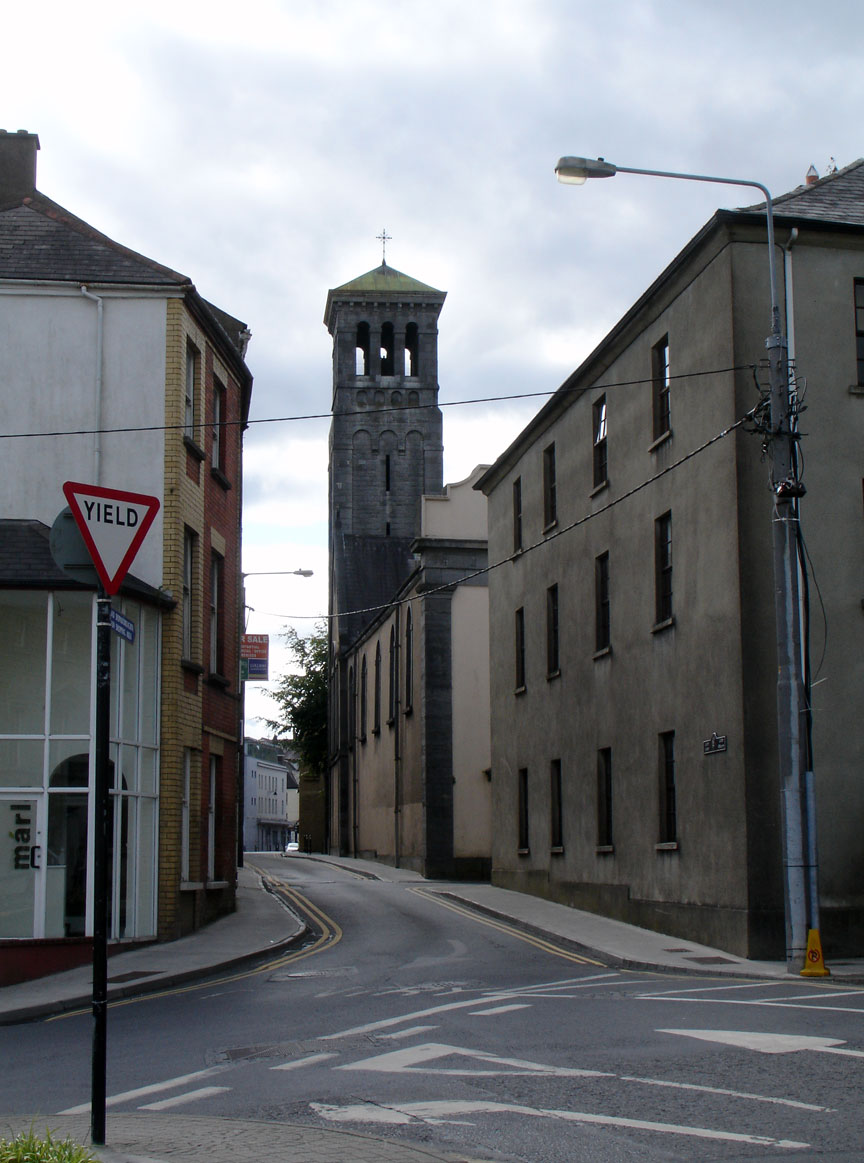 In April 2003 an important site combining a 5th century Iron Age and 9th century Viking settlement was discovered at Woodstown near the city, which appears to have been a Viking town that predates all such settlements in Ireland. 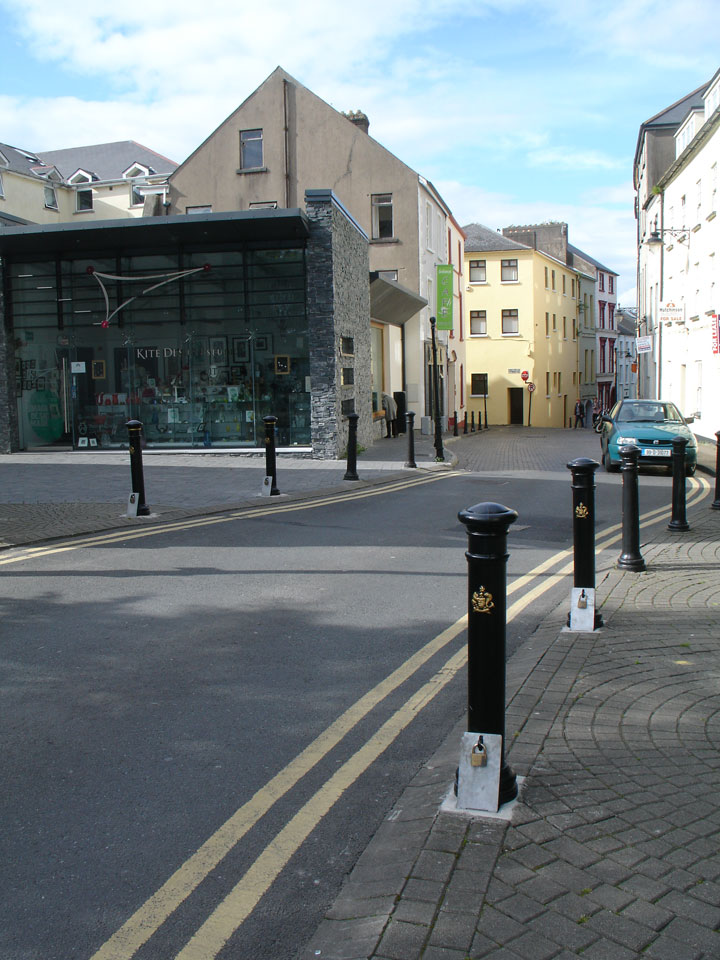 Waterford's oldest public house (pub) can be found just outside the old 'Viking Triangle'. T & H Doolans, of 31/32 George's Street, has been officially active and open to the public for over three hundred years. The official record of licences dates back to the eighteenth century but the premises is believed to be closer to five hundred years in age. A main element of the structure includes one of the original city walls, almost 1,000 years old, which can be viewed in the lounge area of the building.