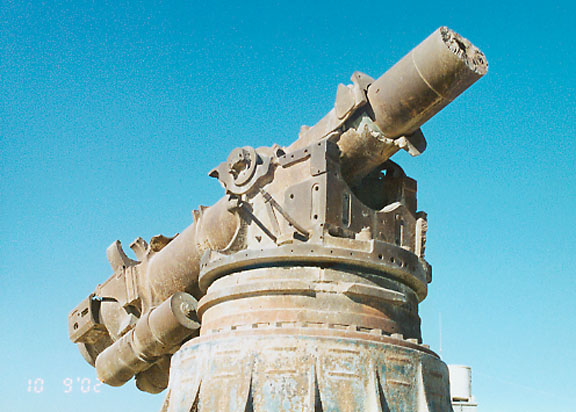 a monument to war in the desert

, city and port, northeastern Libya, on the Mediterranean Sea. Its industries include flour milling, liquor distilling, and soap manufacturing. 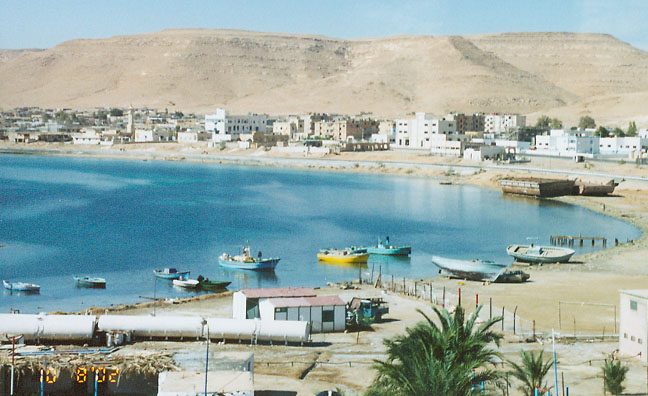 Tobruk on the Mediterranean

One of the finest seaports on the coast and an important trade and transportation center, Tobruk was captured by the Italians in 1911 and became part of their African colonial empire. 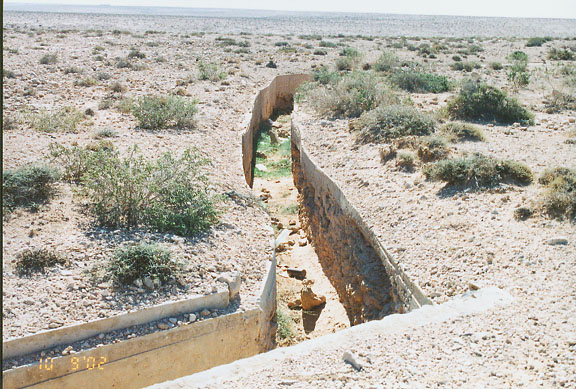 During World War II it was captured by the Australians in January 1941 and was besieged and bombed by the Germans under Erwin Rommel, until relieved by the British in December. 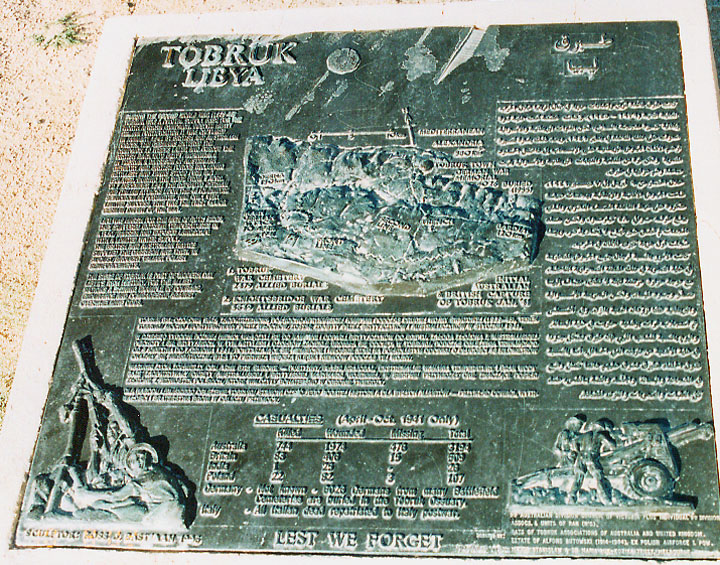 plaque commemorating the battles near Tobruk 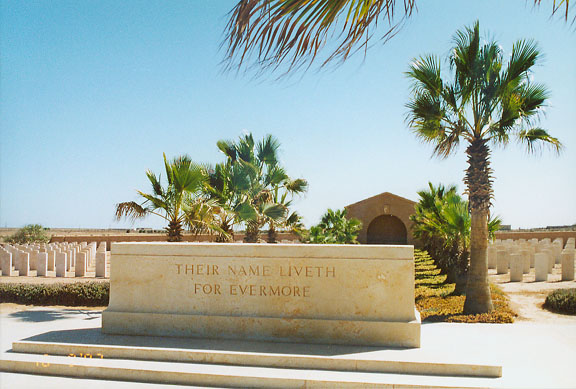 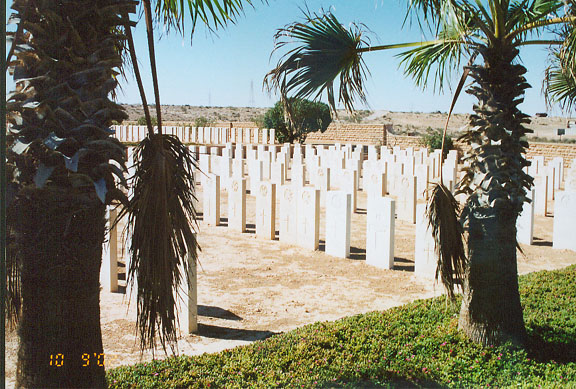 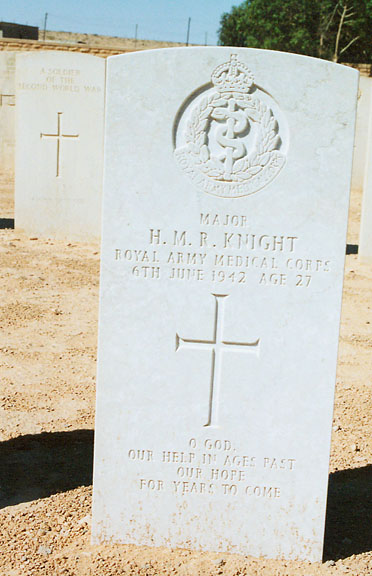 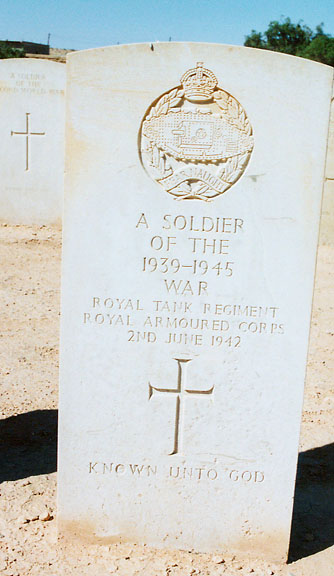 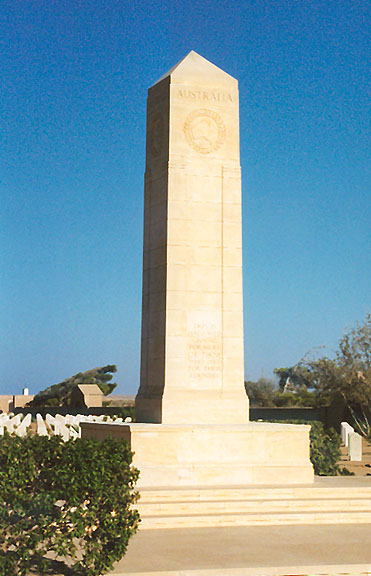 A monument to the Australian lives lost 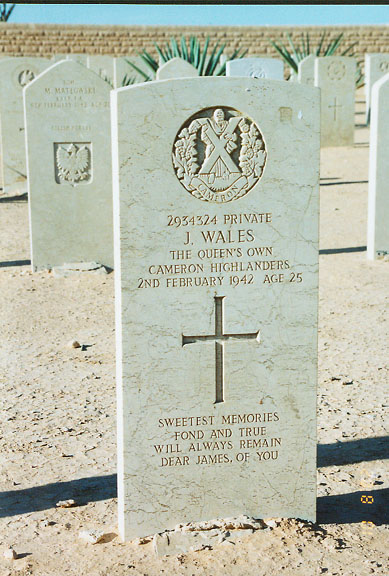 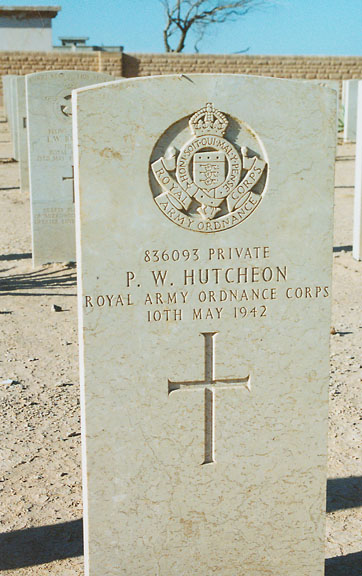 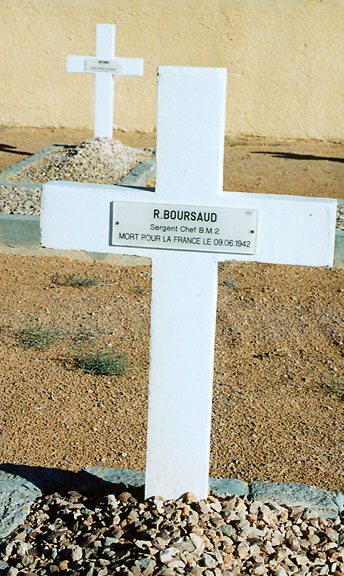 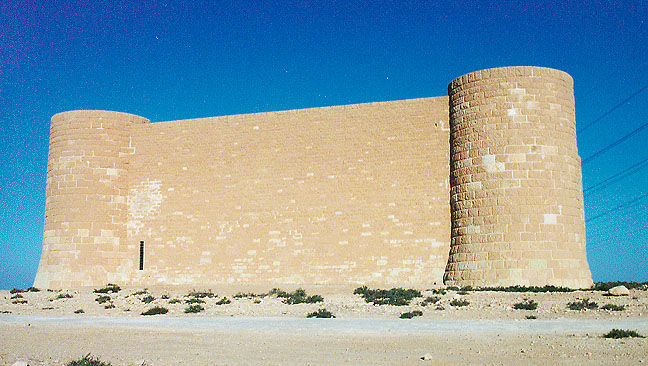 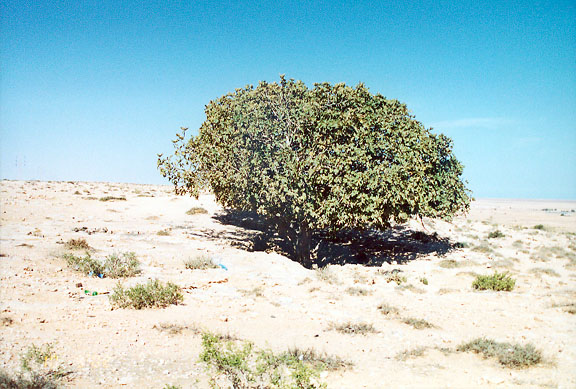 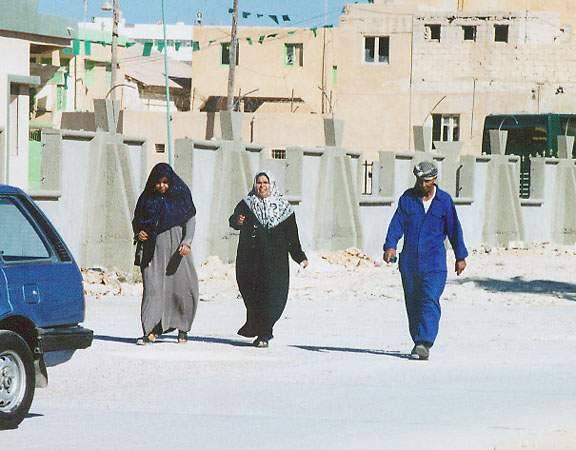