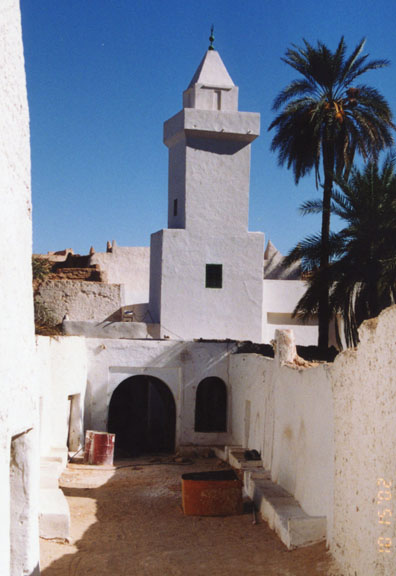 Town and oasis in Libya, with 10,000 inhabitants, next to the borders of Tunisia and Algeria.

Ghadames is recognized for its beautiful and inventive architecture, designed to fight the dramatic extremities of Saharan climate. 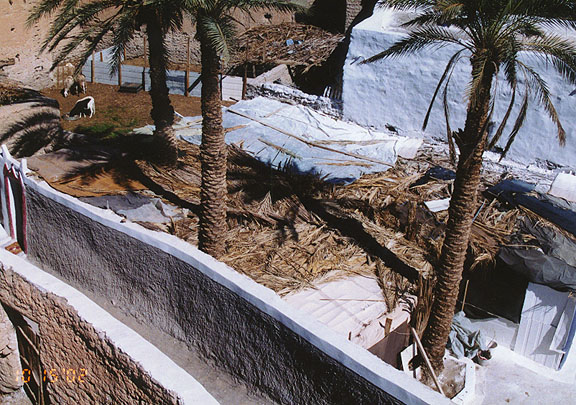 looking down on a palm leaf covered tea house

All houses are made out of mud, lime, and palm tree trunks. They are constructed so that all fit together, with covered alleyways between them, and adjacent roofs, allowing passage from one house to another. 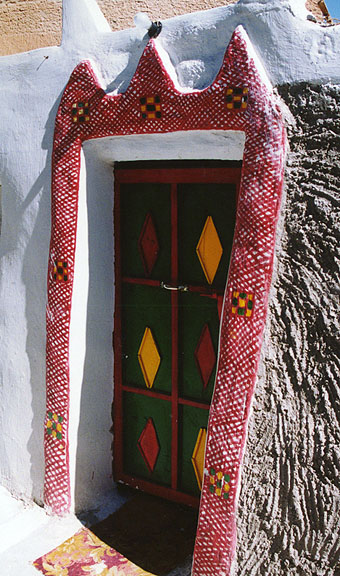 While the entire population have moved out to the modern nearby village, the old one offers the only good shelter against summer heat, so that the old village is still popular to use. 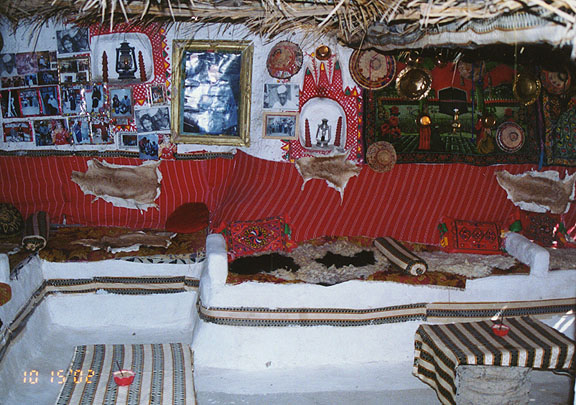 The economical base for Ghadames has been dwindling over the ears. Earlier the town was an important stopover on the caravan routes crossing the Sahara. Today's income is from some camel breeding, a small agriculture as well as administrative and military activities. 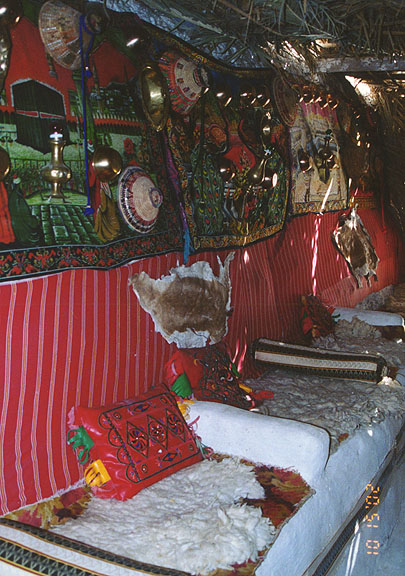 There is evidence of settlements here back to Paleolithic and Neolithic times (about 10,000 years).
19 BCE: The Roman garrison Cydaus is set up, but the Romans found this a difficult post to hold. 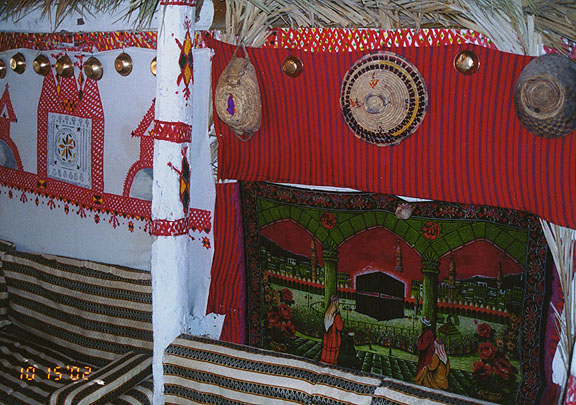 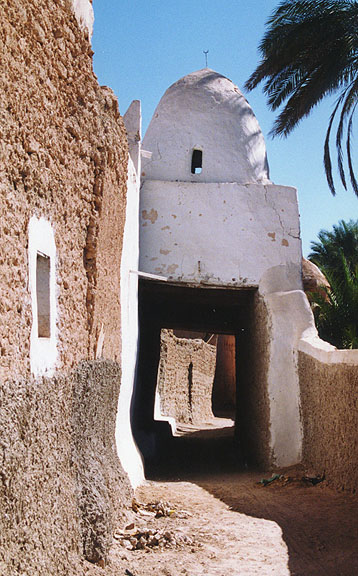 some passageways are open 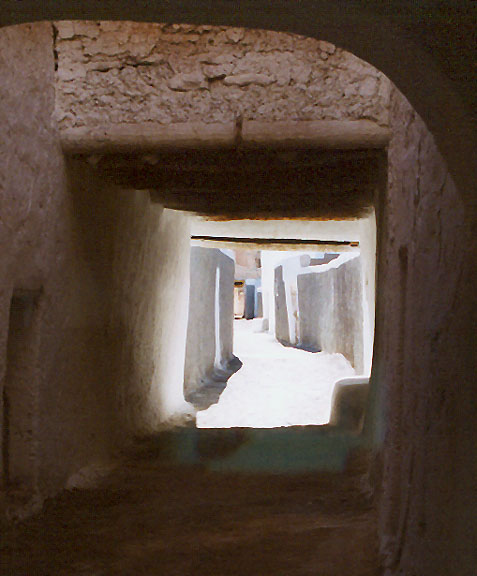 8th century: Ghadames is established as an important trading point for caravans. 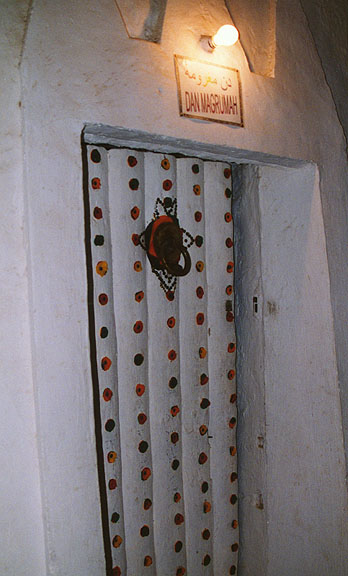 door to a residence

16th century: Ghadames is set under the Bey of Tunis. 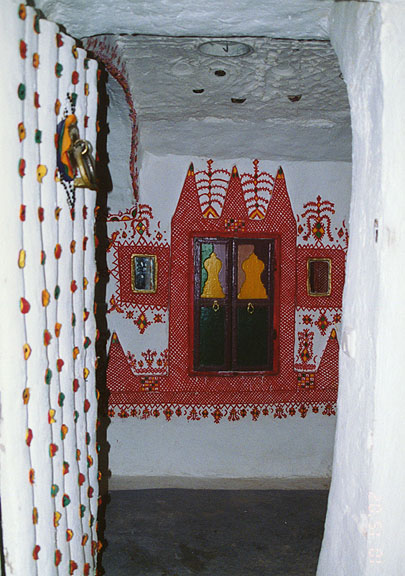 1860: Ghadames is set under the Bey of Tripoli. 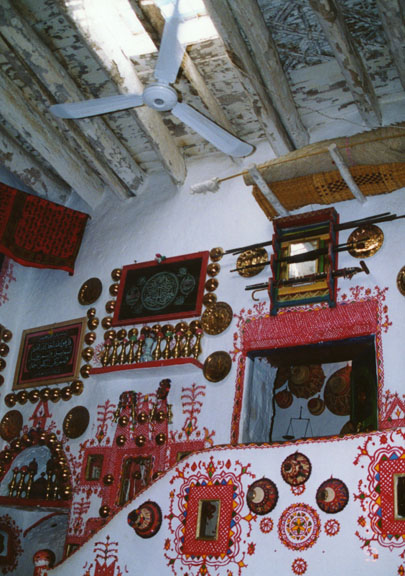 1914: The Italians reach Ghadames, three years after starting the occupation of the rest of Libya. They are met with strong resistance. 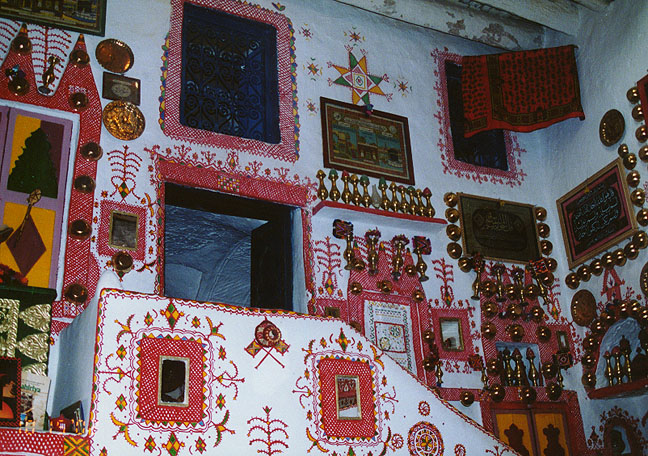 1924: Italians finally get control over Ghadames. 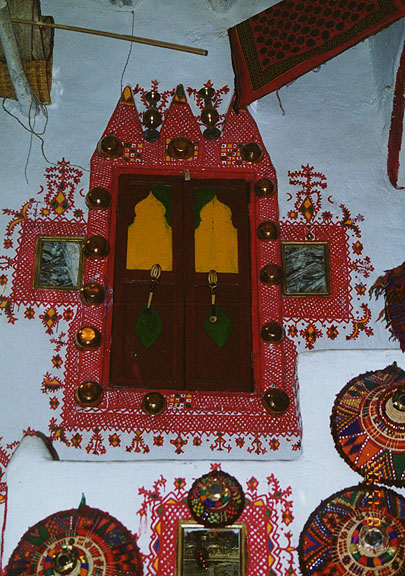 adornment on the wall

1940: Ghadames is set under French control. Under World War 2, the old city is strongly damaged. 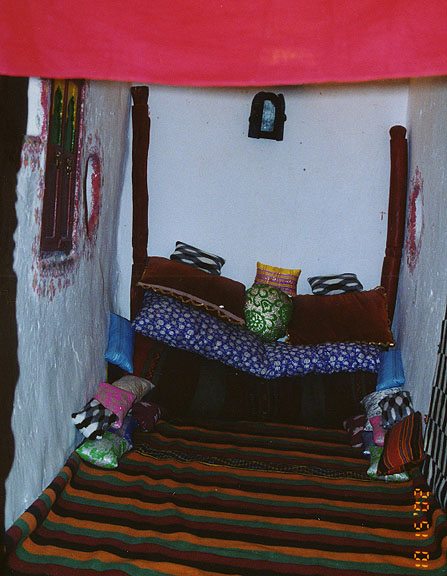 1951: After strong pressure, the Tunisian protectorate gives Ghadames up to the newly independent Libya. 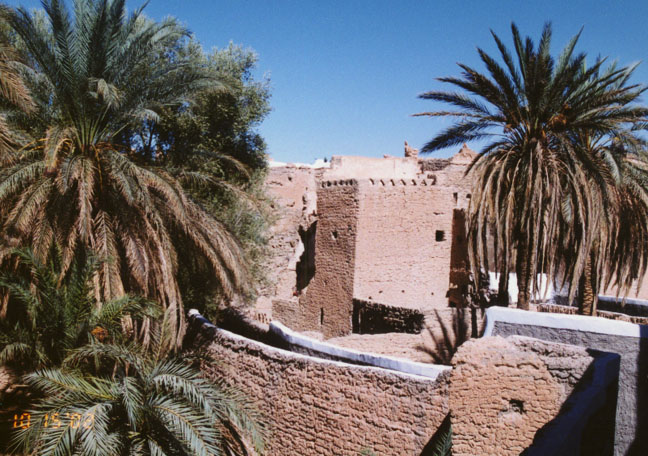 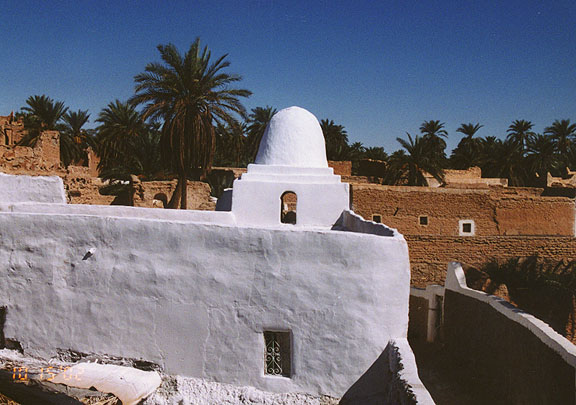 newly while washed for the celebration

1986: Families start to move out of the old town for good

Text from The Encyclopedia of the Orient 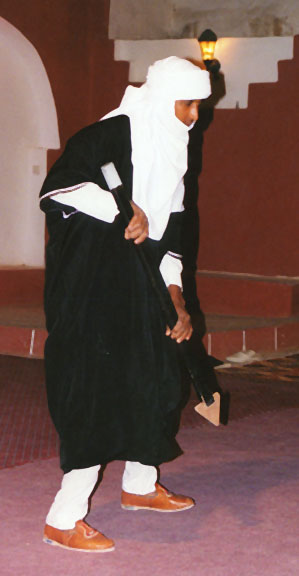 More Photos of the Ghadames dancers