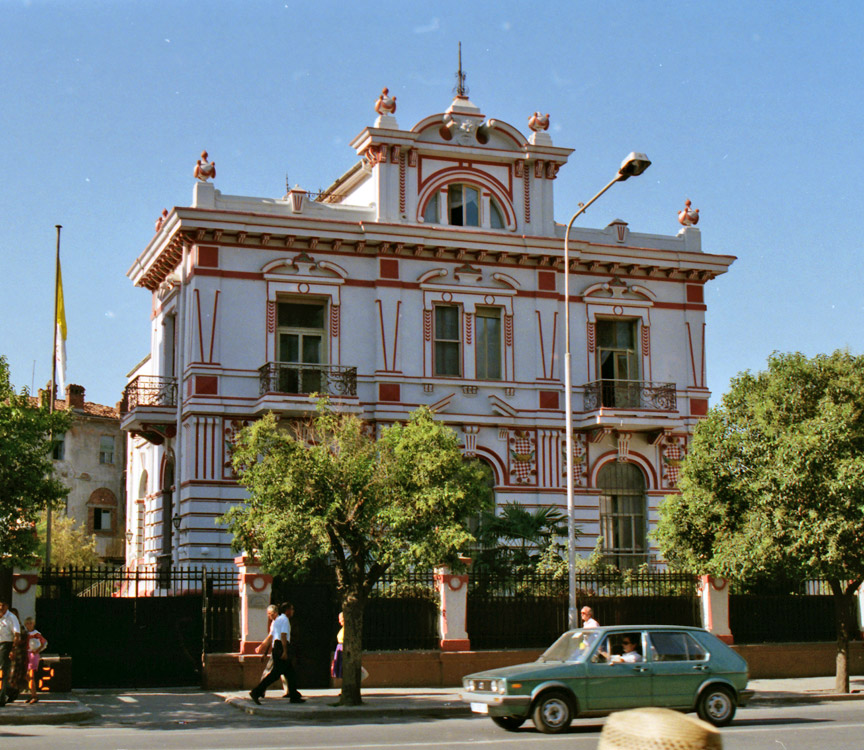 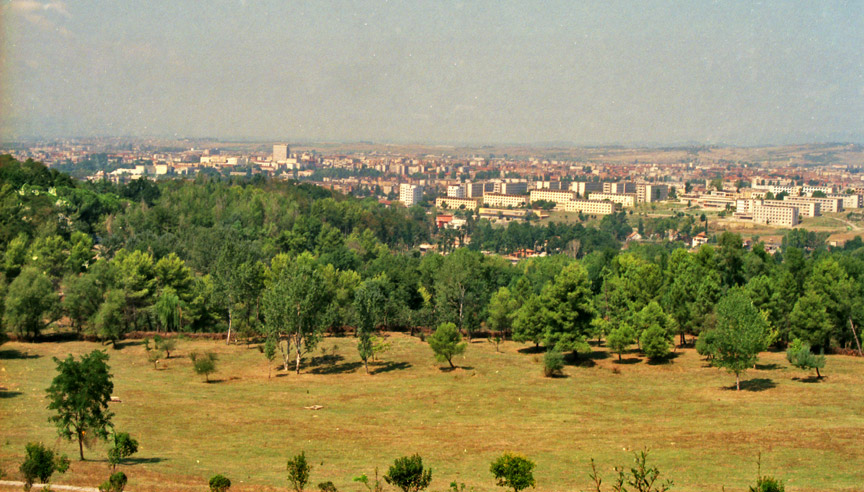 or Tiranë, city in central Albania, capital of the country and of Tirana District, on the Ishm River. It is the largest city and the principal commercial, manufacturing, and cultural center of the country. Tirana is connected by rail with the port city of Durrës, on the Adriatic Sea. Major products include textiles, metal goods, footwear, agricultural machinery, and processed food. 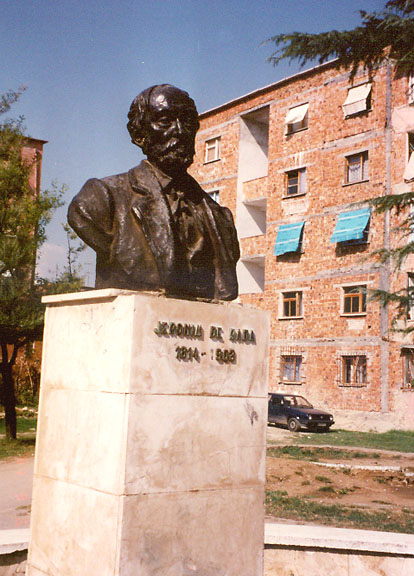 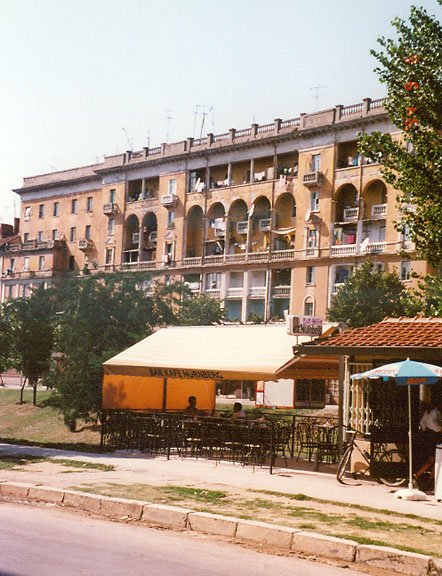 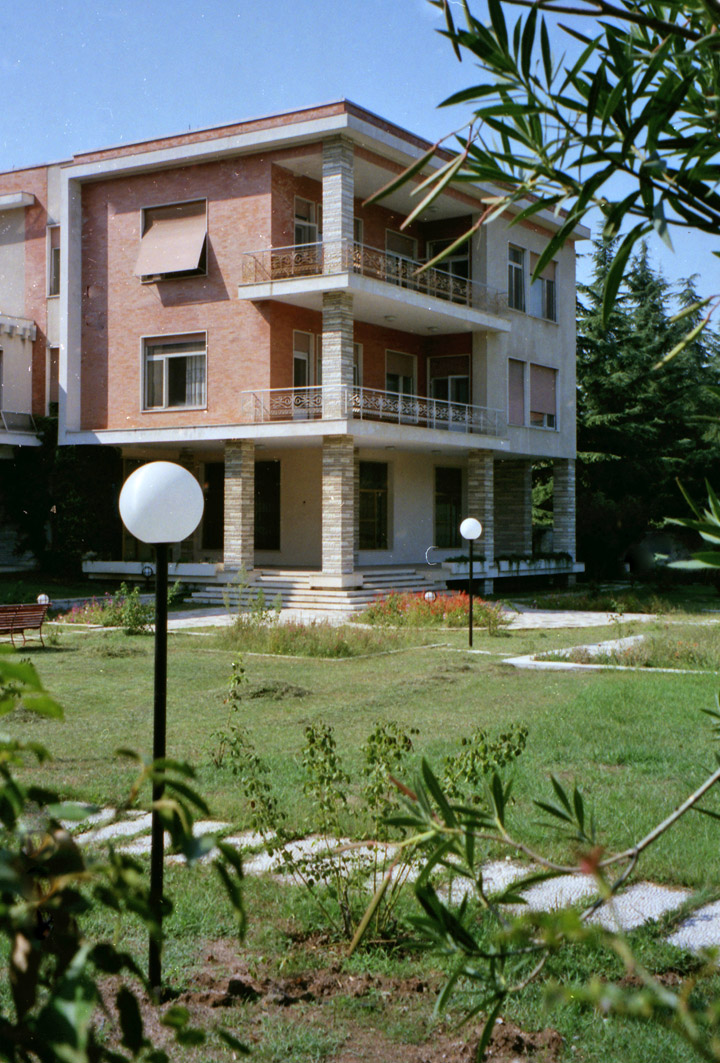 Tirana is the site of the University of Tirana (1957), the Institute of Agriculture (1951), the Academy of Sciences (1972), and the National Library (1922). Points of interest include the Albanian National Culture Museum; the Natural Science Museum (1948); the National Historical Museum (1981); the Museum of Archaeology (1948); a fine arts gallery; and the Mosque of Etehem Bey (early 19th century), located on Skenderbeg Square. 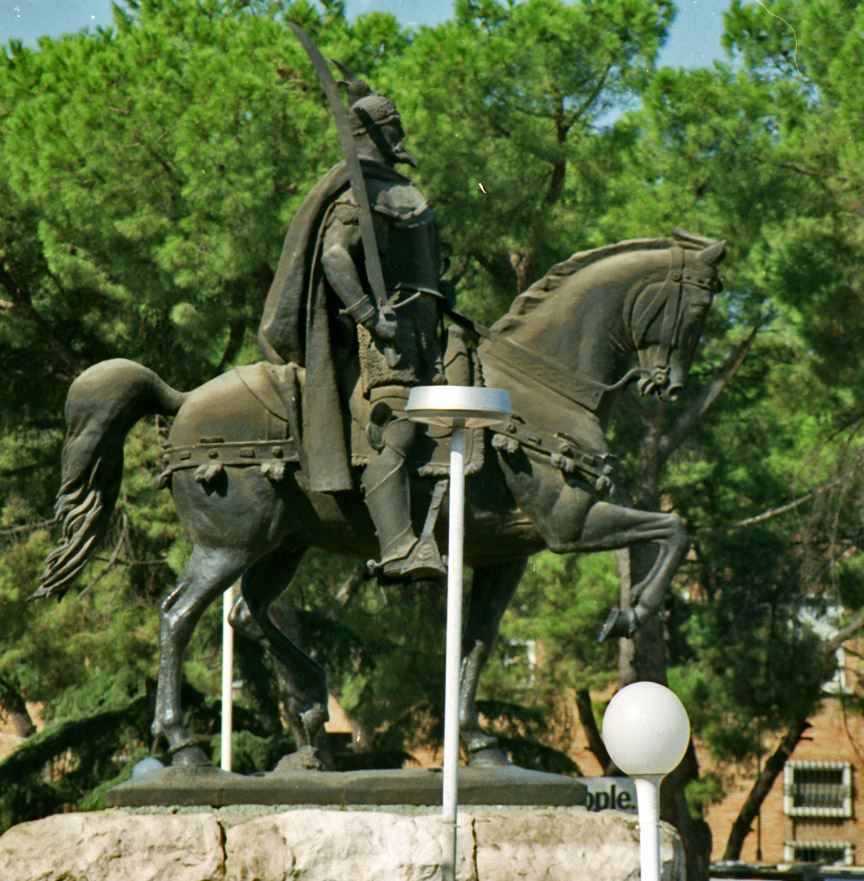 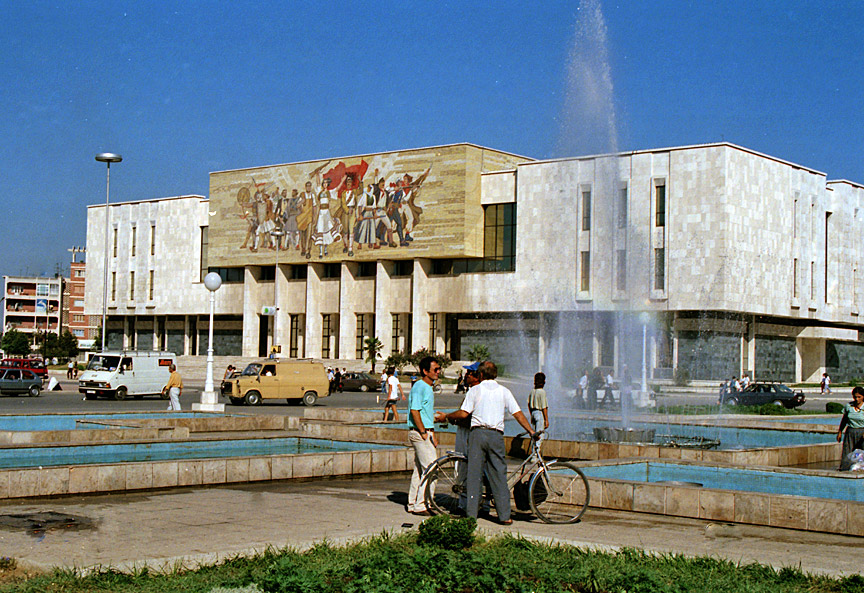 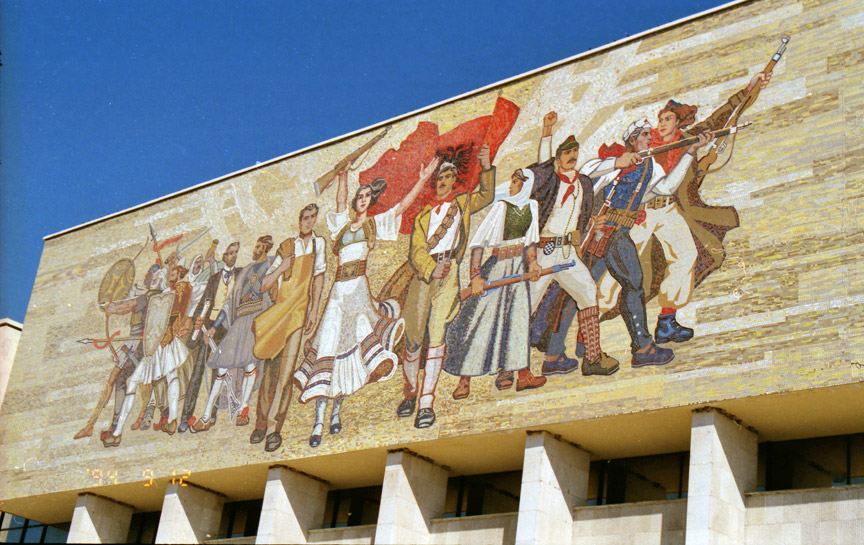 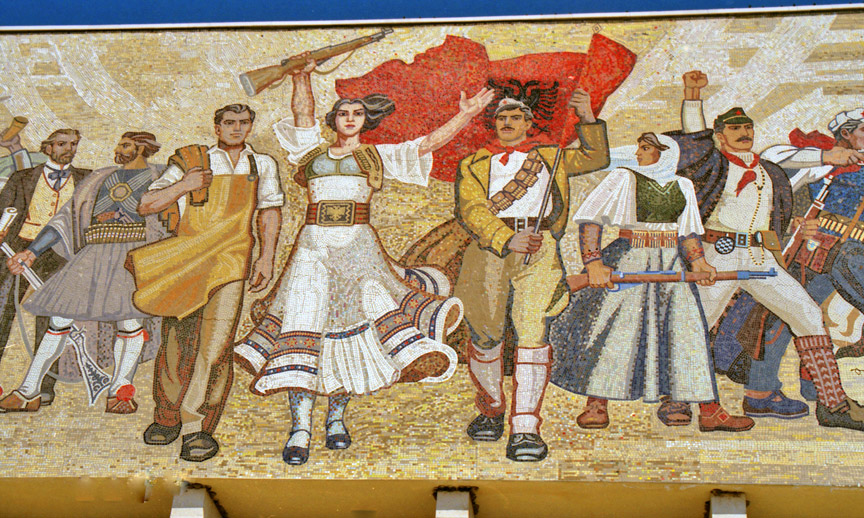 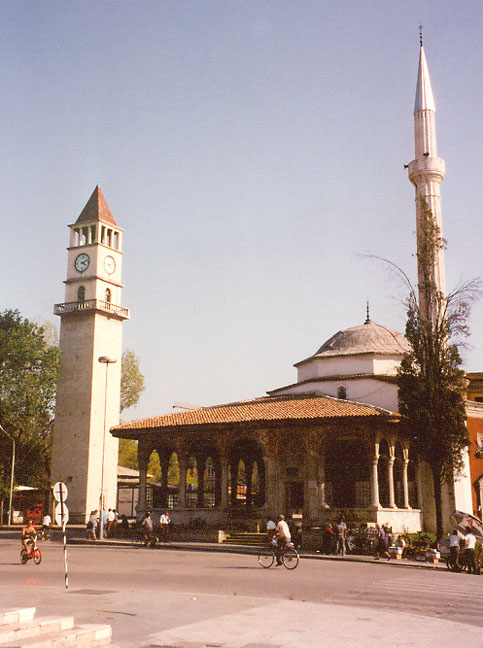 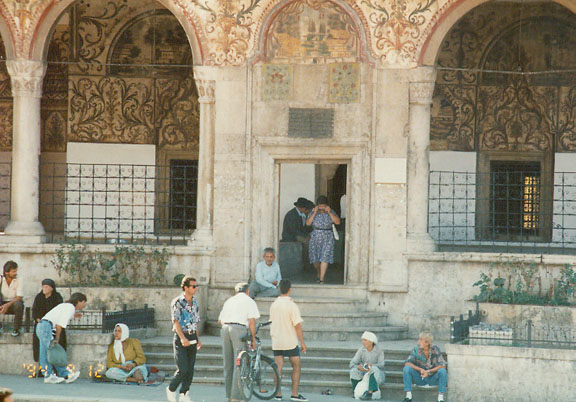 The settlement, established in the early 17th century during the Ottoman Empire's domination of Albania, was originally known as Teheran. It became the capital of Albania in 1920 and during World War II was occupied (1939-1944) by Axis forces. Population (1990 estimate) 244,200. 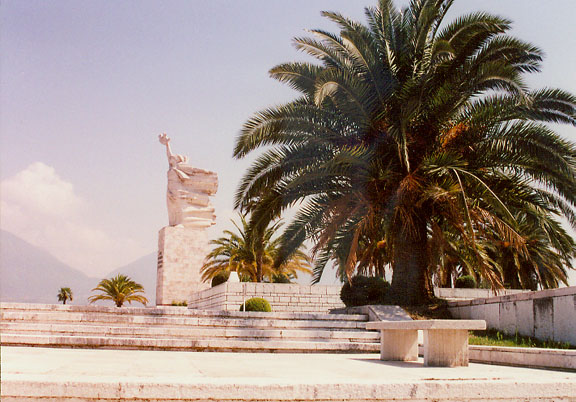 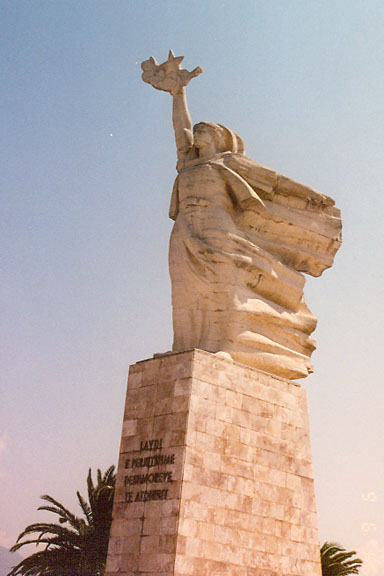 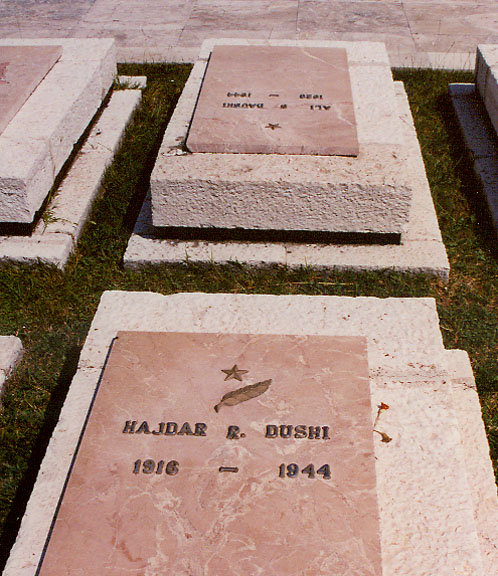 monument to Fallen Heroes outside Tirana 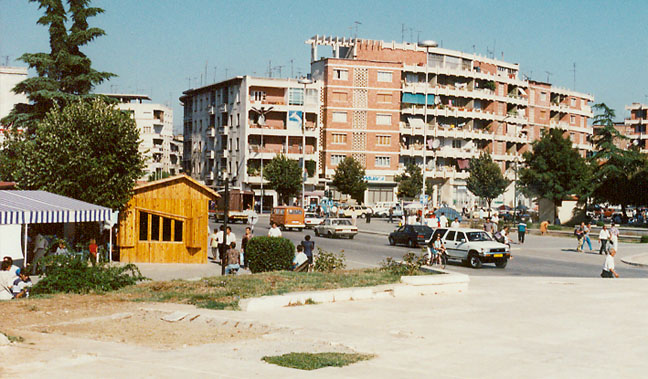 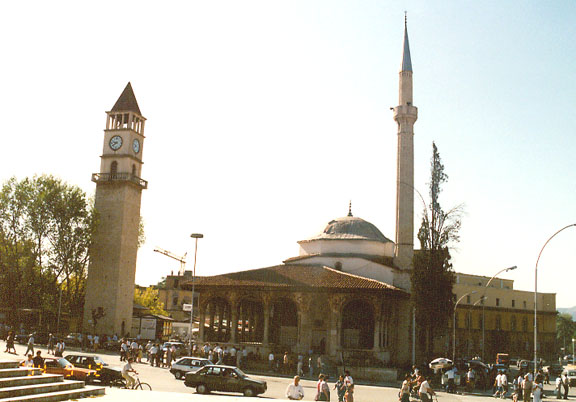 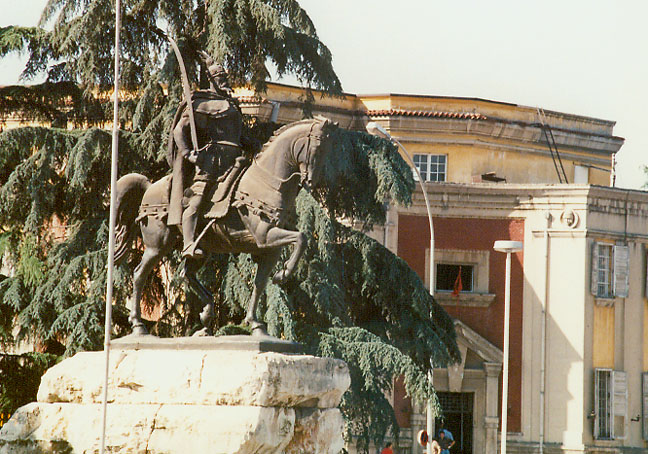 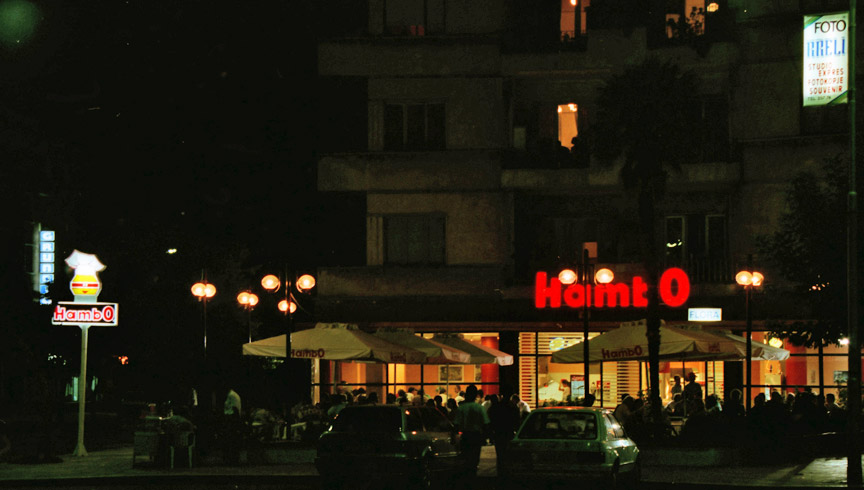 Cafe in Tirana, at night 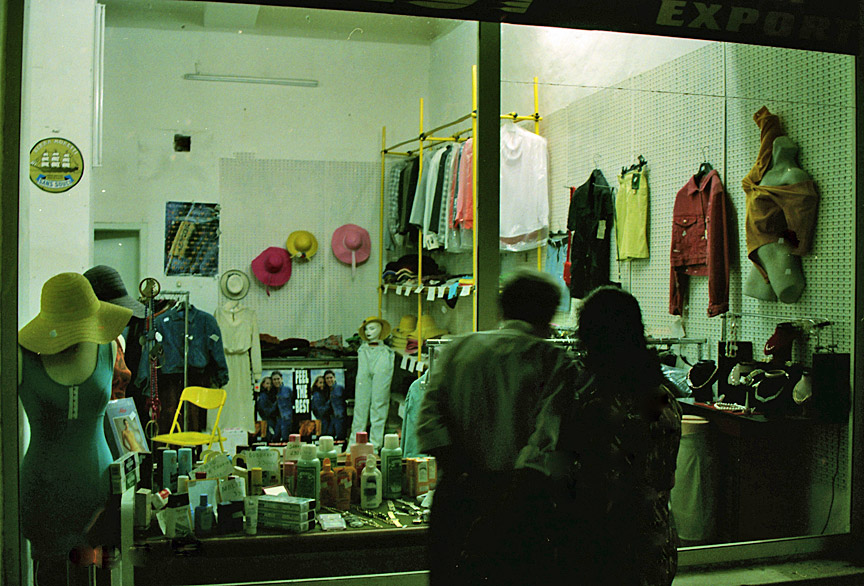