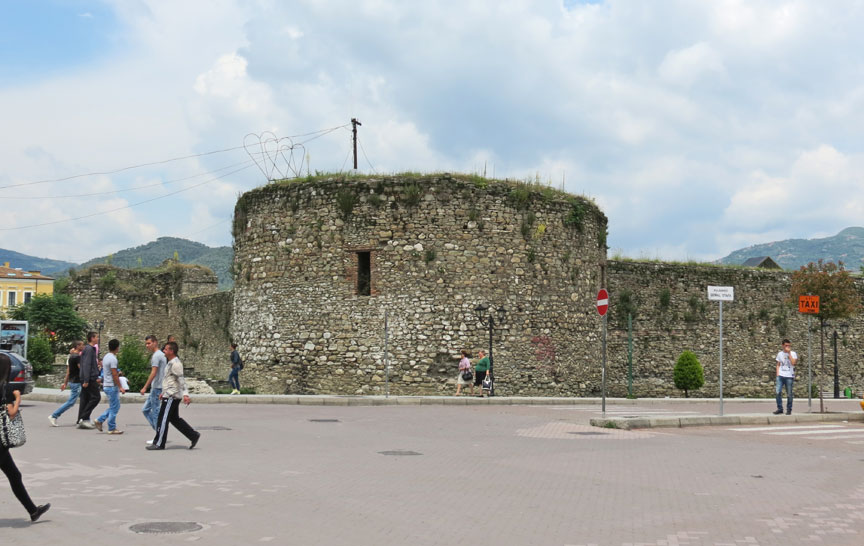 Elbasan (Albanian: Elbasan or Elbasani) is a city in central Albania. It is located on the Shkumbin River in the District of Elbasan and the County of Elbasan, at 41°06′N 20°04′E. It is one of the largest cities in Albania, with a population of 79,810. It was called Neokastron (New Castle) in Greek, Novigrad (new city) in Slavic and Terra Nuova in Italian. The modern name may derive either from the IE root *alb (as Albania) or from the Turkish il-basan ("the fortress"). 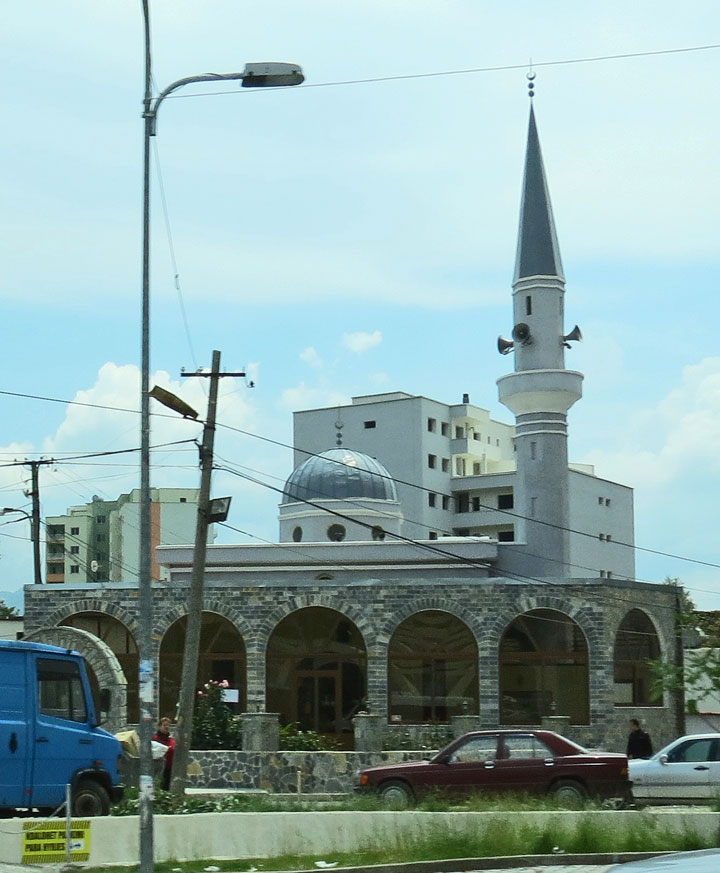 Before the Second World War, Elbasan was a city with a mixture of eastern and medieval buildings, narrow cobbled streets and a large bazaar. There was a clearly defined Christian settlement within the castle walls, a Vlach district on the outskirts of the city and several fine mosques and Islamic buildings. At the time the population was about 15,000 people. 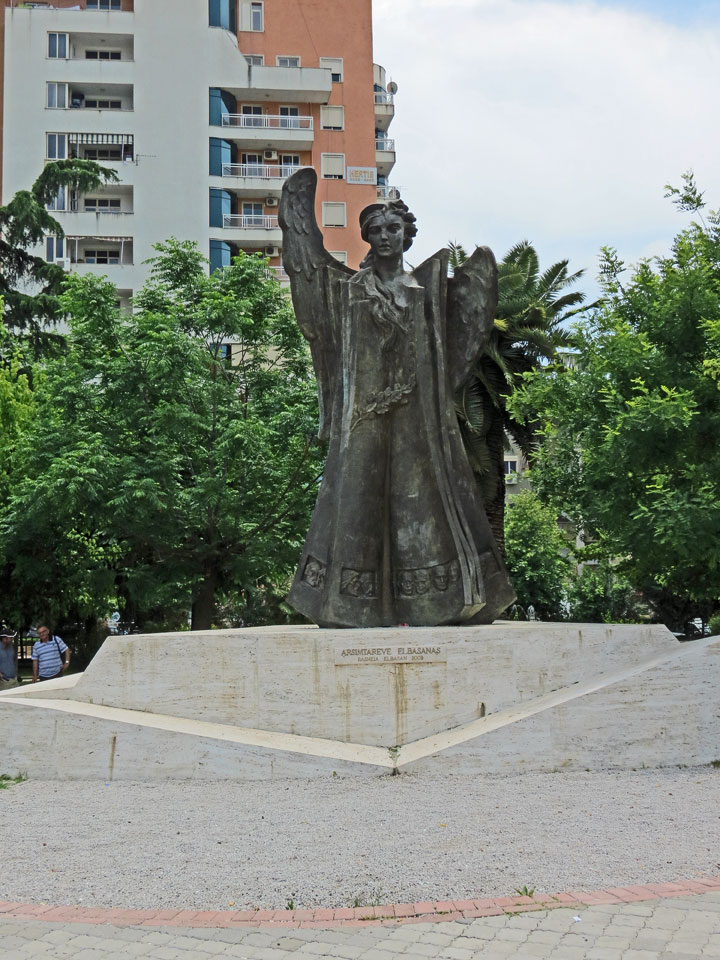 The English journalist J.D. Bourchier, then the Balkan correspondent of The Times, records that on a visit in 1911 he saw:
"The population celebrating Bairam in central space: wonderful primitive merry-go round with gypsy minstrels (flute and drum), pushed round by the men with poles; also a cartwheel poised on a tree top; pekhilvans wrestling, mostly refugees from Dibra, thus gaining a precarious livelihood. 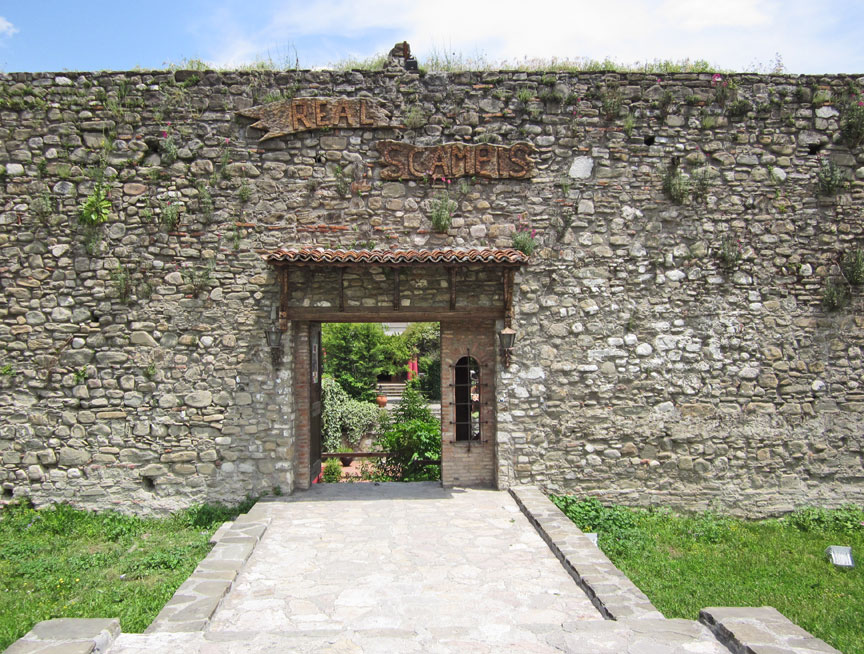 In August 2010 archaeologists discovered two Illyrian graves near the walls of the castle of Elbasan. Elbasan came into prominence in the Roman period, when it became a popular holiday spot known as Masio Scampa (Rural Retreat).  The Romans built a substantial fortress here, about 300 square meters, protected by towers. In the third and fourth centuries, it became known as Hiskampis. It had developed as an important trade and transport centre near the junction of two branches of the Via Egnatia coming from Apollonia and Dyrrachium. 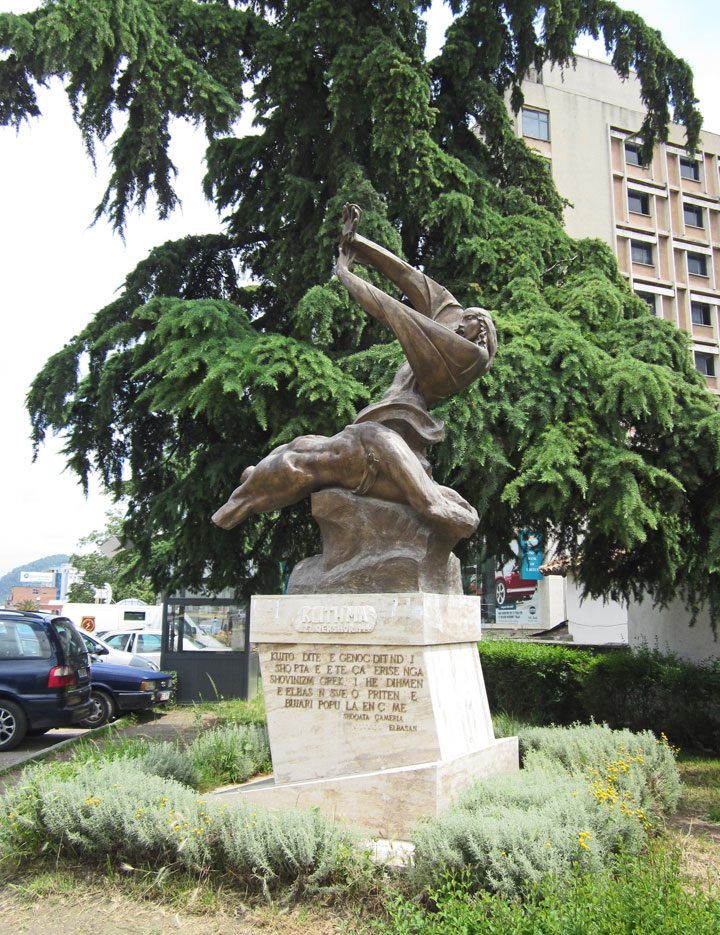 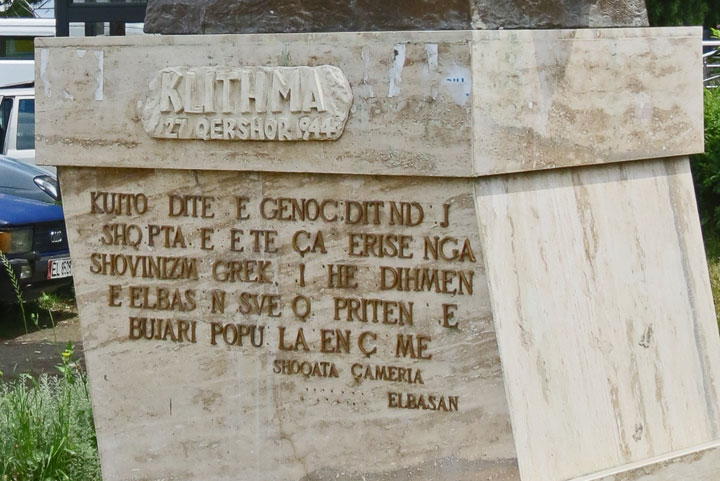 It took part in the spread of Christianity along the Via, and had a bishop, cathedral and basilicas as early as the fifth century. As a town in a wide river valley it was vulnerable to attacks once the legions were withdrawn but Emperor Justinian made an effort to improve the fortifications. The city survived attacks by the Bulgars and Ostrogoths and was mentioned in the work of Procopius of Cæsarea. 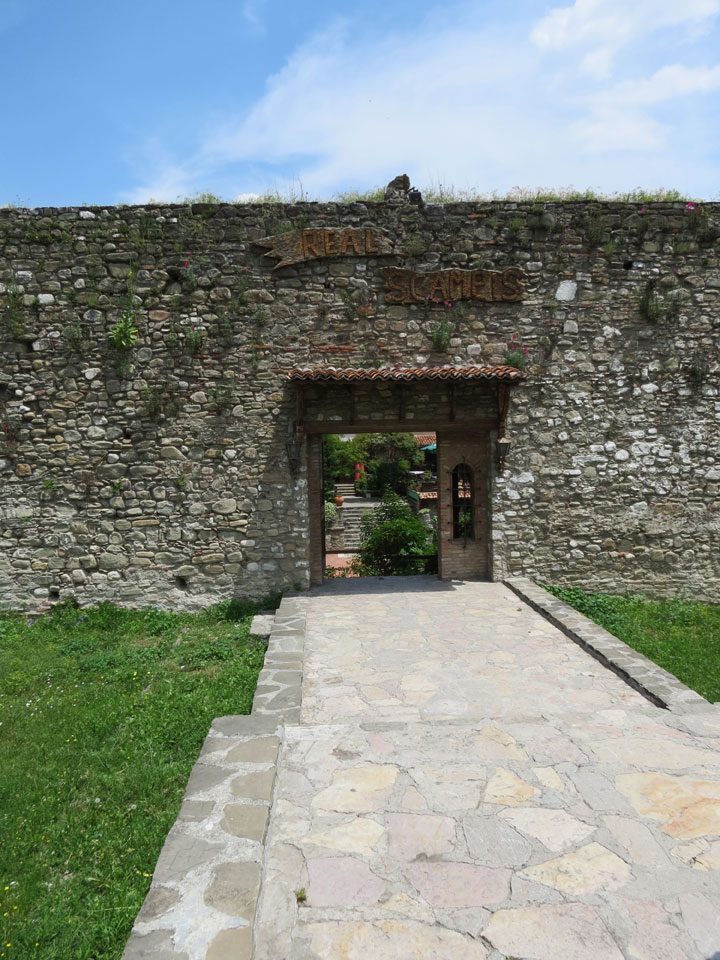 The site seems to have been abandoned until the Ottoman army built a military camp there, followed by urban reconstruction under Sultan Mehmet II in 1466. Mehmet constructed a massive four-sided castle with a deep moat and three gates. He named it Elbasan, meaning 'crushing fist' in Turkish. It became the seat of Sanjak of Elbasan, a centre of Ottoman urban civilisation over the next 445 years. Although Halil Inalcik explains that the Sanjak of Elbasan was established as soon as the fortress of Elbasan has been constructed in 1466, based on Tursun Beg's records there is a possibility that Elbasan initially was part of the Sanjak of Ohrid. By the end of the 17th century it had 2,000 inhabitants. The fortress was dismantled by Reshit Pasha in 1832. In 1864, the Sanjak of Elbasan became a part of Monastir Vilayet. At the beginning of the 20th century it was estimated that 15,000 people lived in Elbasan. 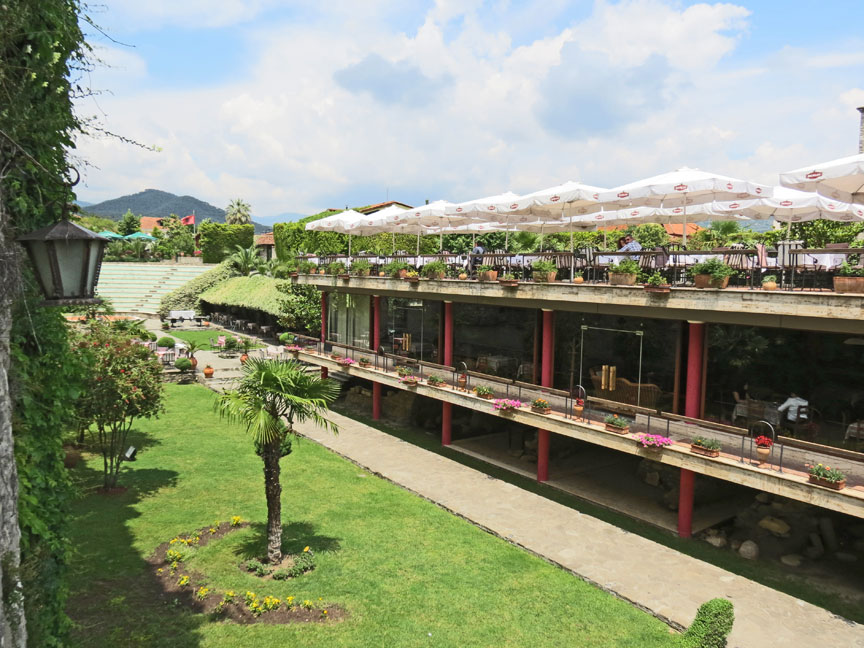 In 1909, after the Young Turks revolution in Istanbul, an Albanian National Congress was held in Elbasan to study educational and cultural questions. The delegates, all from central and southern Albania, endorsed the decision of the Congress of Monastir, which was held in Monastir (modern Bitola, Republic of Macedonia) to use the Latin alphabet rather than the Arabic script in written Albanian. 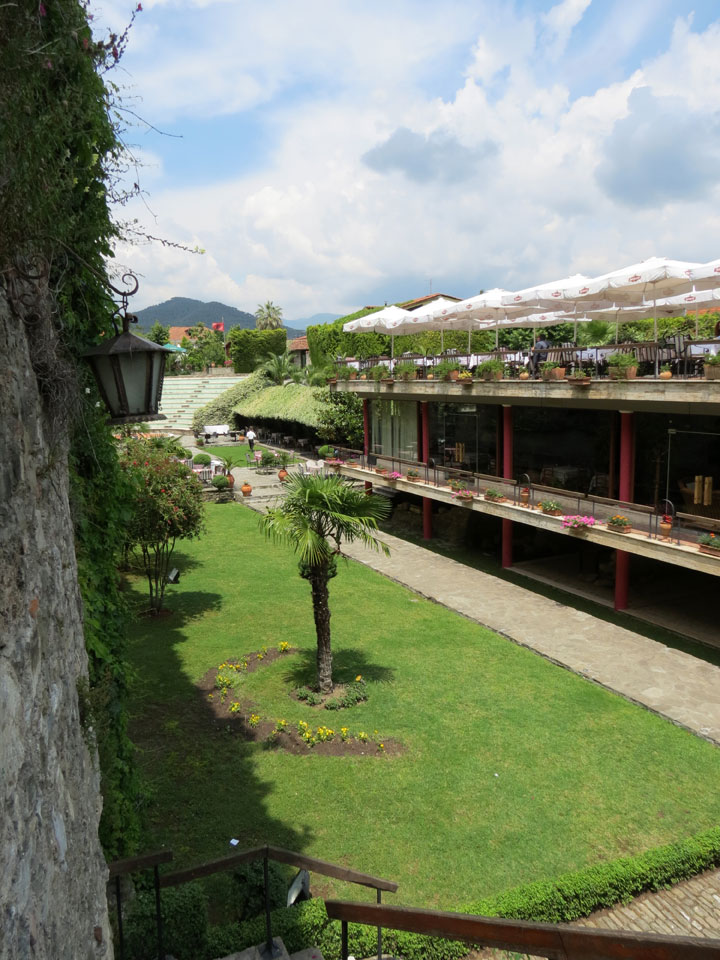 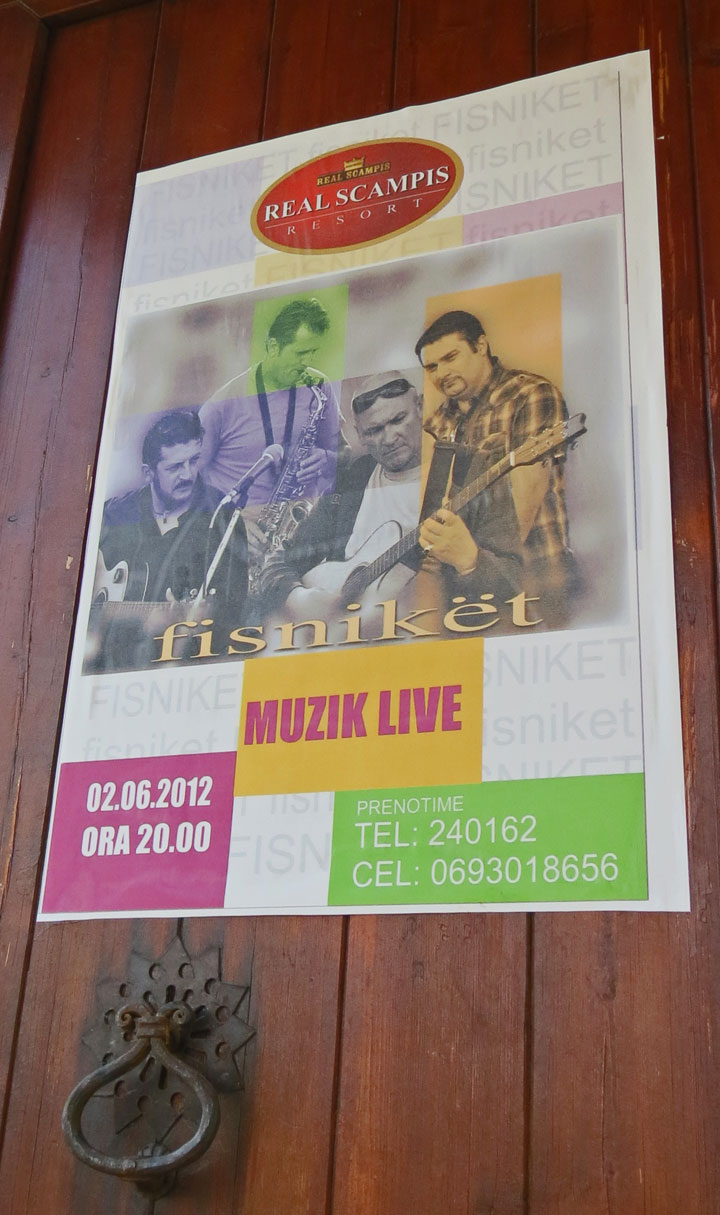 The Muslim majority of Elbasan opposed the installation of Prince Wied in 1914. Elbasan was occupied successively by Serbs, Bulgarians, Austrians and Italians between 1915 and 1918. The Bulgarian army occupied Elbassan on January 29, 1916, during Bulgarian occupation of Albania In March 1916 the army of Austria-Hungary took over control of Elbassan  From June 1916 to March 1917 Stanislav Kostka Neumann fought with the Austrian army there and called his war memoirs about the occupation in Elbasan. Industrial development began in the Zogist period when tobacco and alcoholic drinks' factories were established. 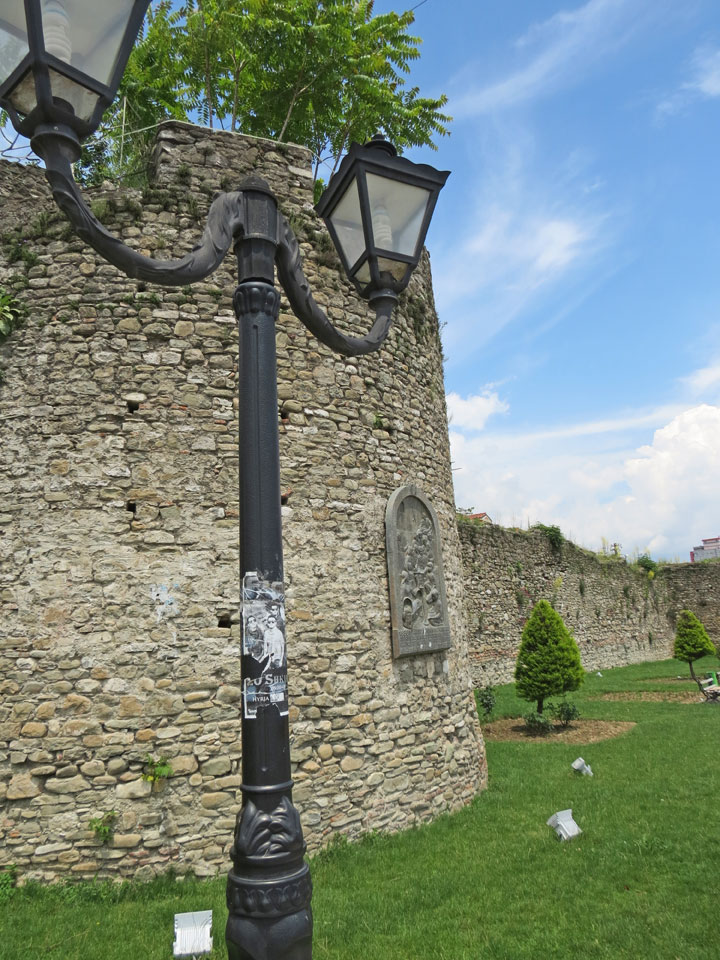 The city was also noted for its good public buildings, advanced educational provisions, public gardens and timber-built shops. There was much wartime damage, which was followed by an intensive program of industrial development in the Communist period that boosted the city to around 75,000 inhabitants. The culmination of this process was the construction of the huge Steel of the Party (Albanian: Celiku i Partise) metallurgical complex outside the city, in the Shkumbini valley, built with Chinese assistance in the 1970s. It was emphatically called "The Second National Liberation of Albanian" by Enver Hoxha. The cost of the complex in environmental impact was high for the Shkumbin valley. 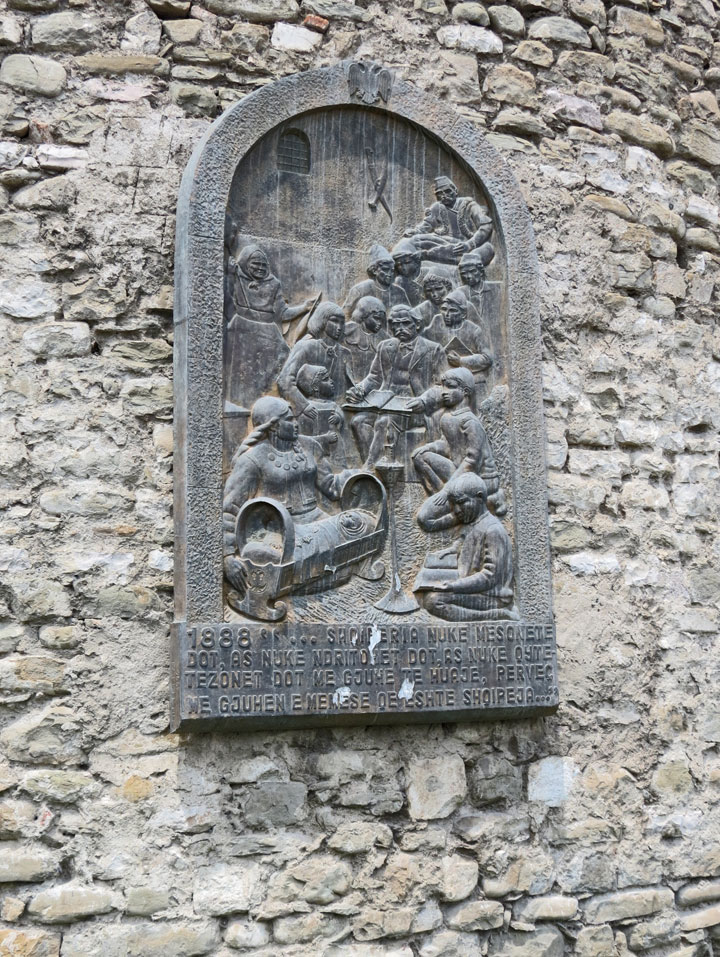 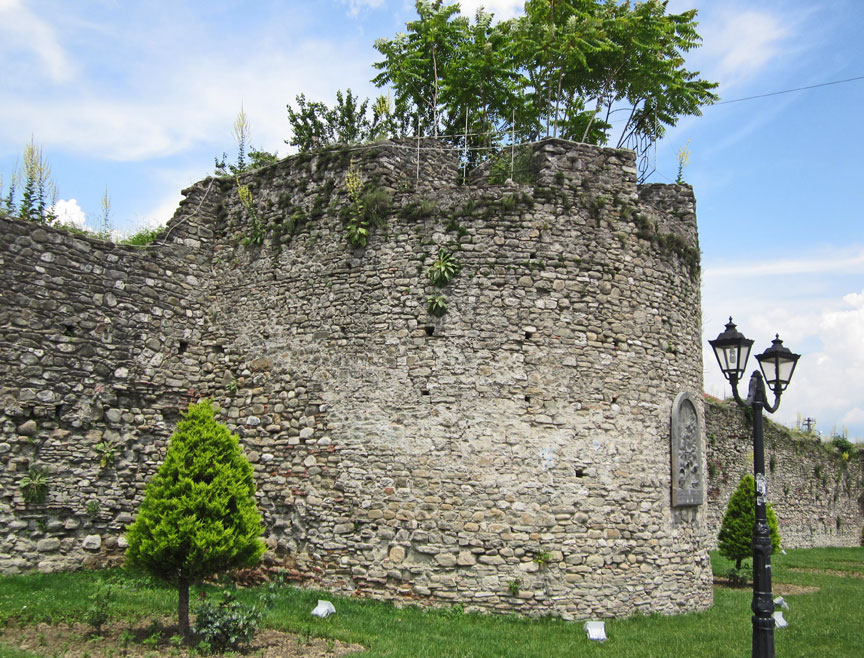 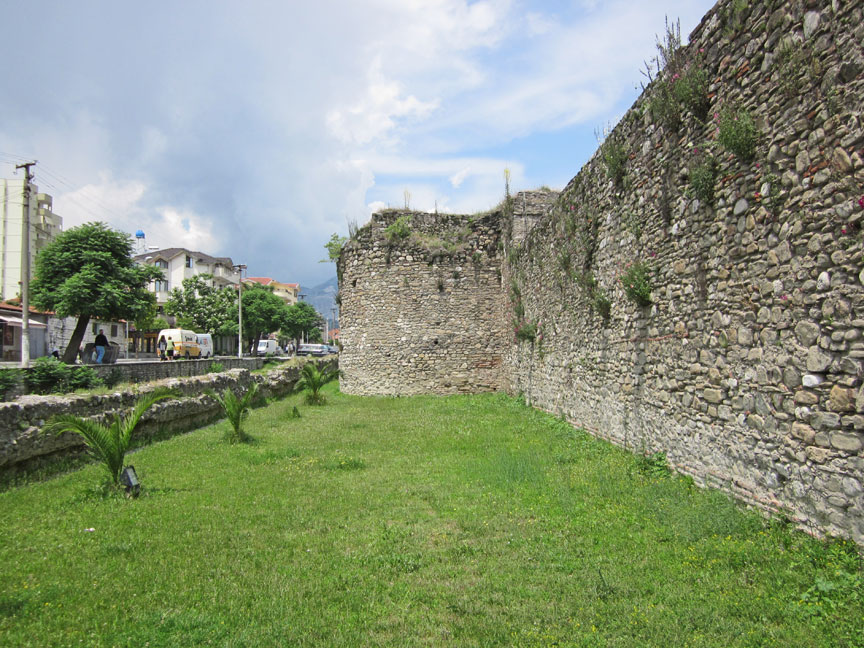 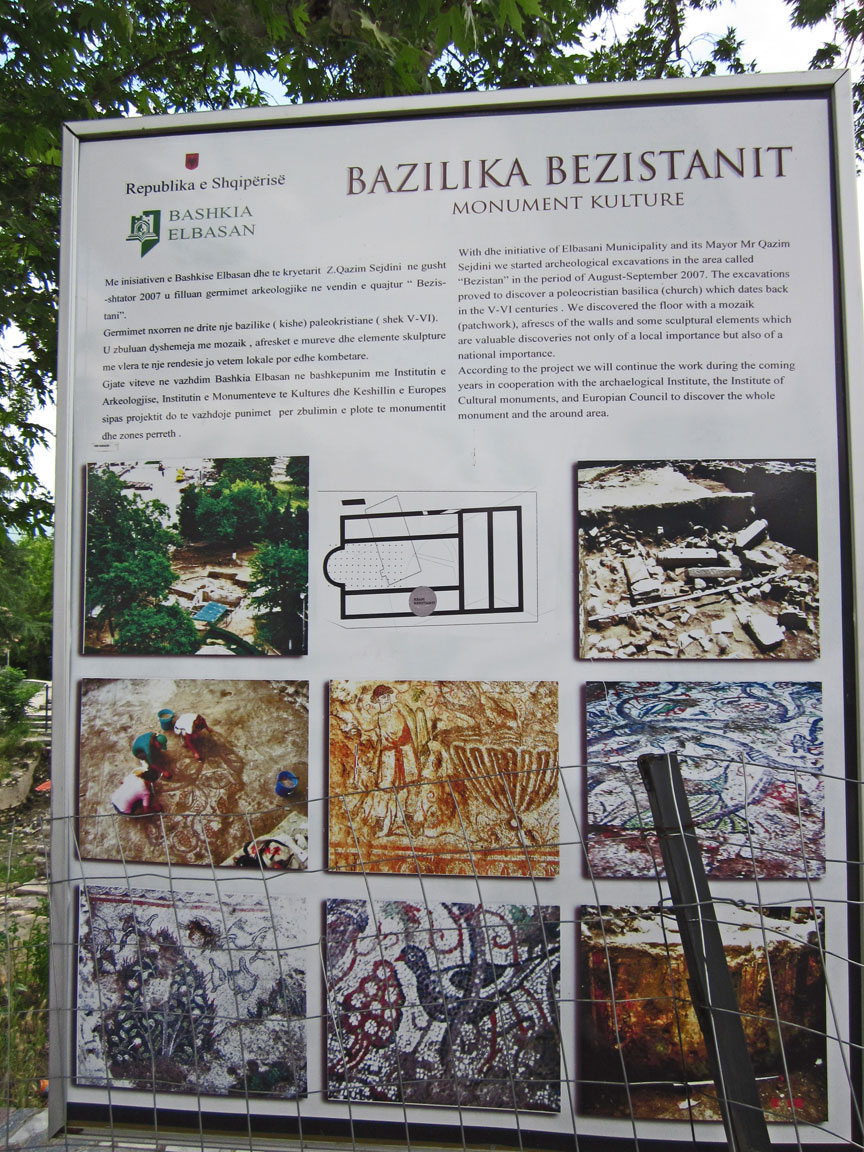 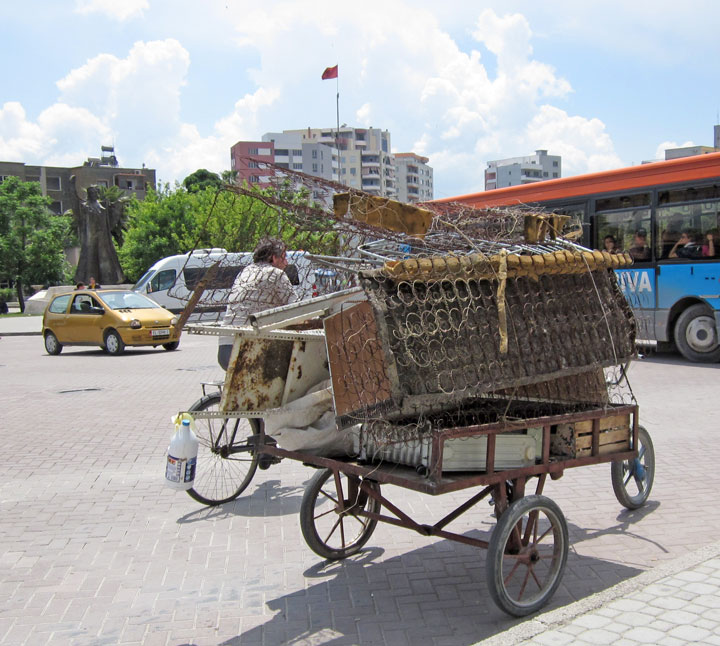 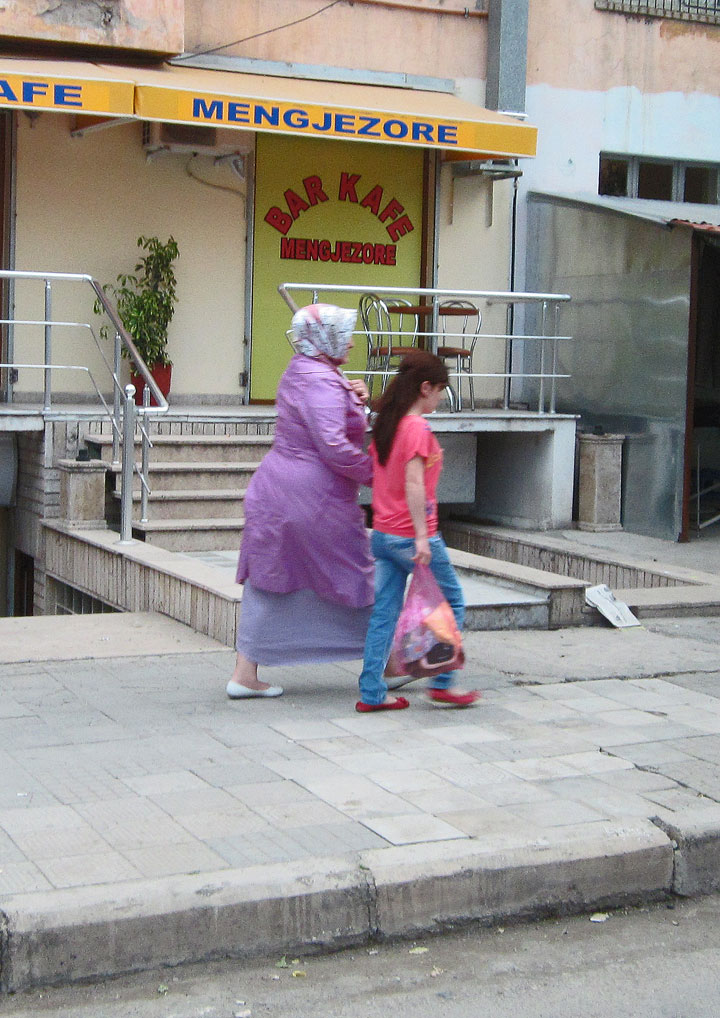 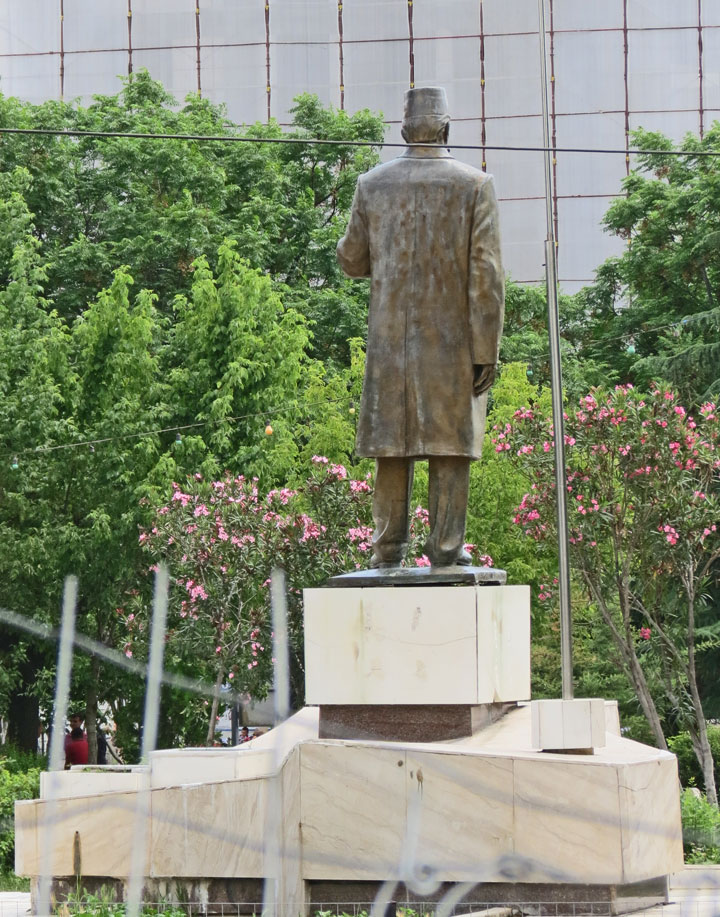 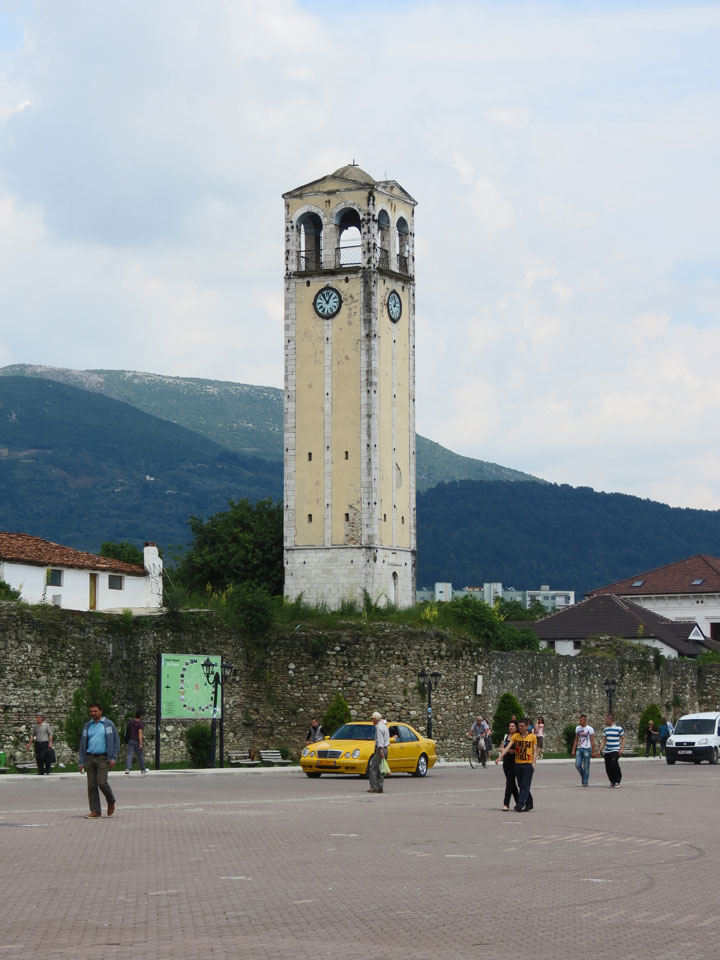 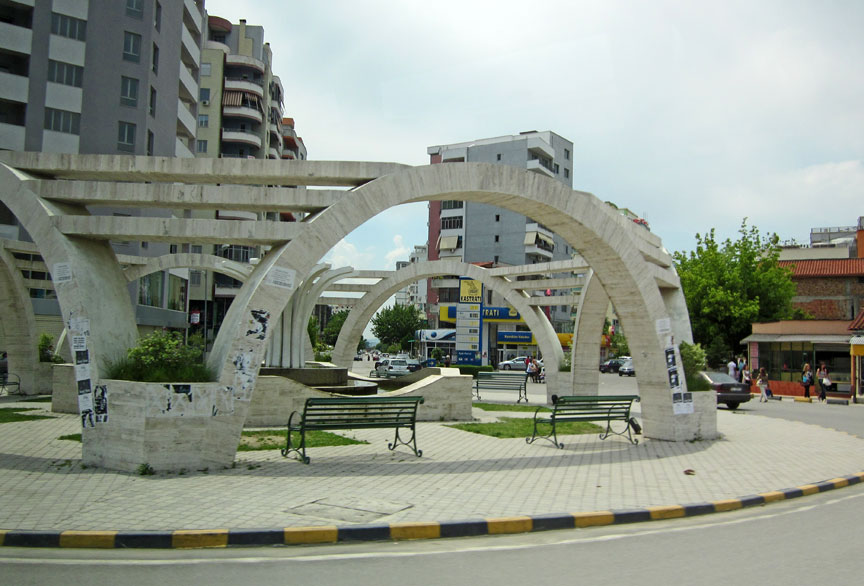 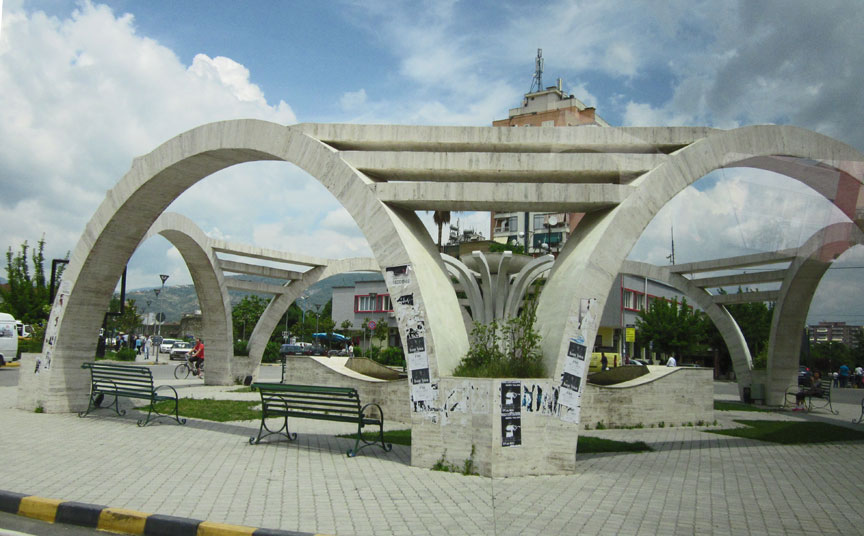