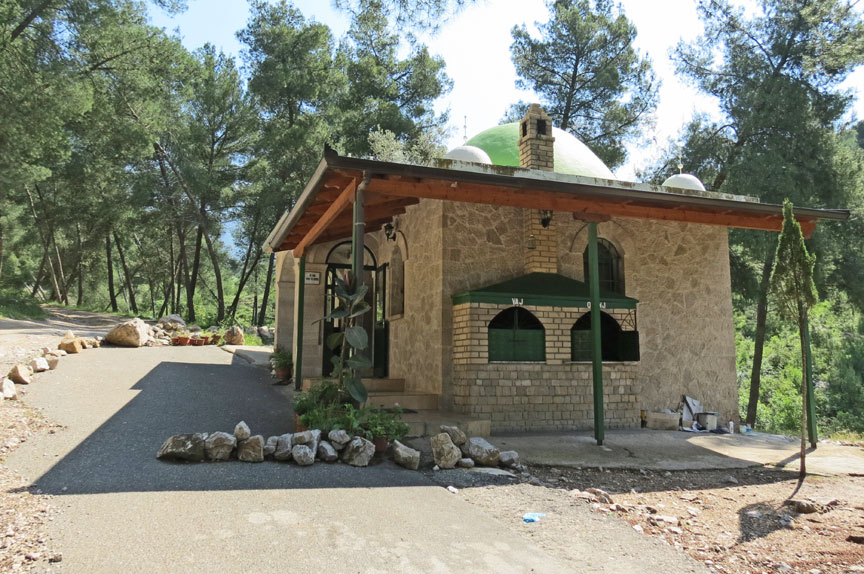 The Bektashi Order (Turkish: Bektaşi Tarikatı), or the ideology of Bektashism (Albanian: Bektashizmi or Bektashizma; Turkish: Bektaşilik), is a Sufi order (tariqat) founded in the 13th century by the Persian saint Haji Bektash Veli. The order is particularly found throughout Anatolia and the Balkans. In addition to the spiritual teachings of Haji Bektash Veli the Bktashi tariqat was significantly influenced during its formative period by both the Hurufis (in the early 15th century) as well as the Qalandariyah stream of Sufism, which took many forms in 13th century Anatolia. The mystical practices and rituals of the Bektashi order were systematized and structured by Balım Sultan in the 16th century after which many of the order's distinct practices and beliefs took shape. 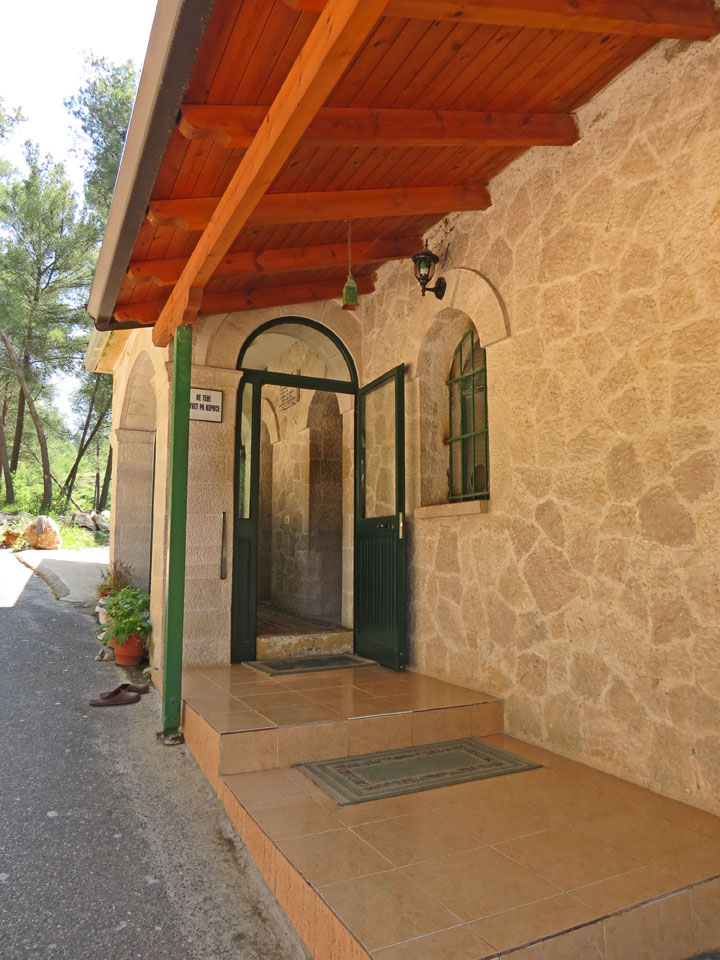 A large number of academics consider Bektashism to have fused a number of Sunni, Shi'a and Sufi concepts, although the order contains rituals and doctrines that are distinct unto itself. Throughout its history Bektashis have always had wide appeal and influence among both the Ottoman intellectual elite as well as the peasantry. 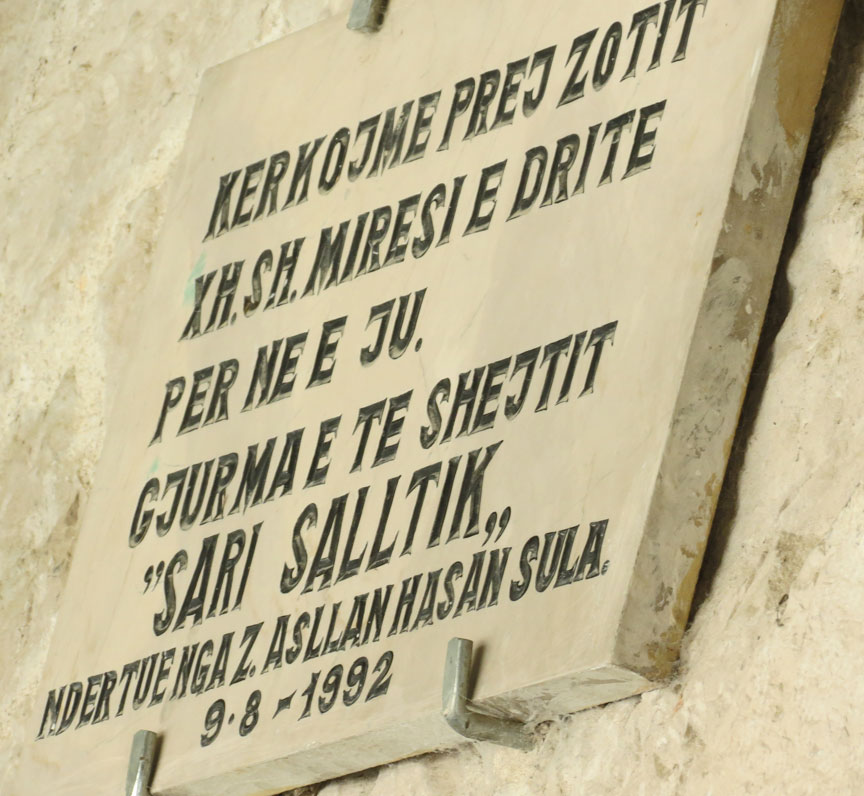 The Bektashi Order is a Sufi order and shares much in common with other Islamic mystical movements, such as the need for an experienced spiritual guide — called a baba in Bektashi parlance — as well as the doctrine of "the four gates that must be traversed": the Shari'ah (religious law), Tariqah (the spiritual path), Ma'rifah (true knowledge), Haqiqah (reality). Bektashism places much emphasis on the concept of Wahdat-ul-Wujood وحدة الوجود, the "Unity of Being" that was formulated by Ibn Arabi. This has often been erroneously labeled by Westerners as pantheism, although it is a concept closer to panentheism. Bektashism is also heavily permeated with Shi'ite concepts, such as the marked veneration of 'Ali, the Twelve Imams, and the ritual commemoration of Ashurah marking the Battle of Karbala. The old Persian holiday of Norouz is celebrated by Bektashis as Imam Ali's birthday. 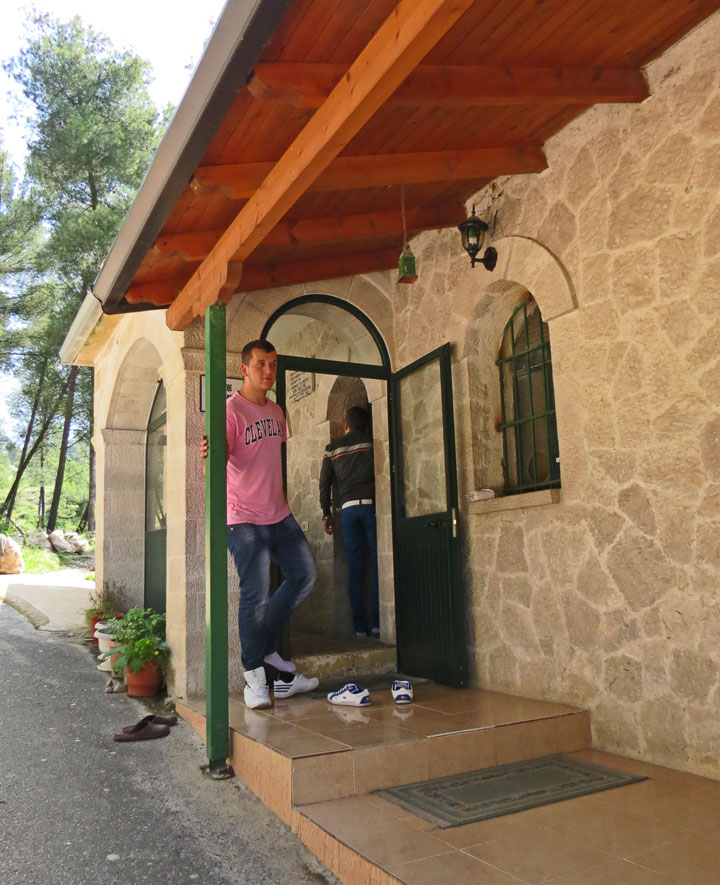 In keeping with the central belief of Wahdat al-wujud the Bektashi see reality contained in Allah-Muhammad-Ali, a single unified entity. Bektashi do not consider this a form of trinity. There are many other practices and ceremonies that share similarity with other faiths, such as a ritual meal (muhabbet) and yearly confession of sins to a baba (magfirat-i zunub مغفرة الذنوب). Bektashis base their practices and rituals on their non-orthodox and mystical interpretation and understanding of the Qur'an and the Prophetic practice (Sunnah). They have no written doctrine specific to them, thus rules and rituals may differ depending on under whose influence one has been taught. Bektashis generally revere Sufi mystics outside of their own order, such as Al-Ghazali and Jelalludin Rumi who are close in spirit to them. 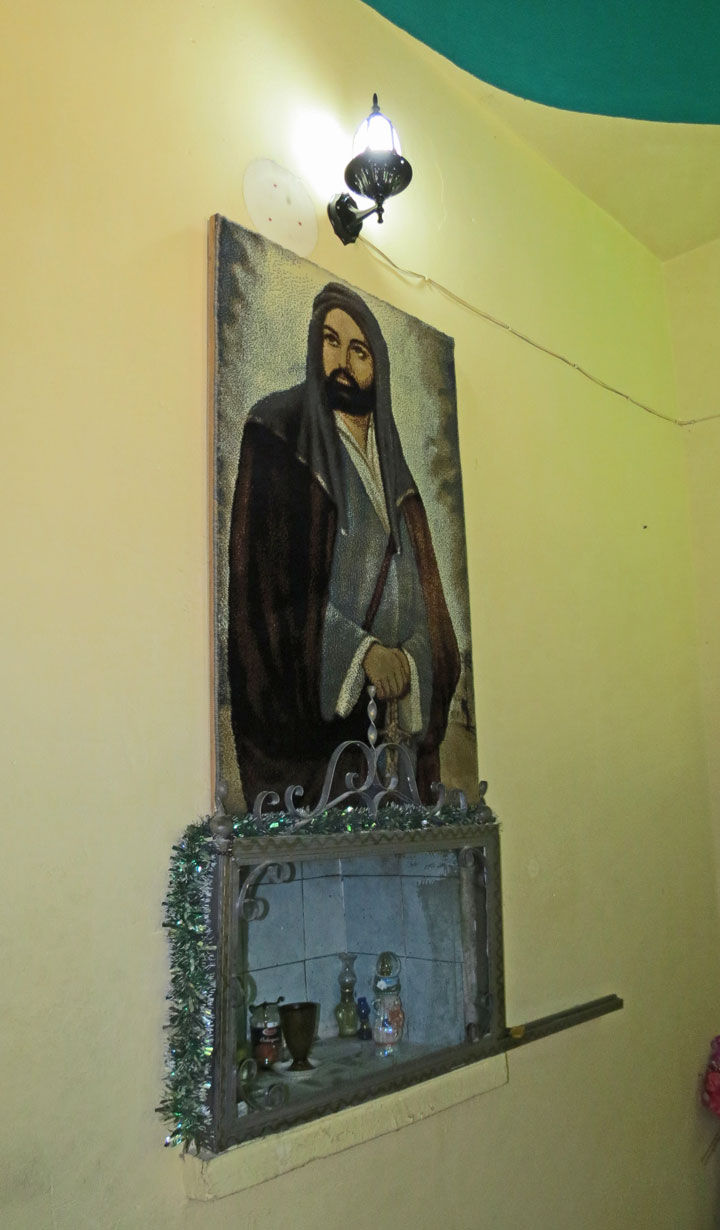 Bektashis hold that the Qur'an has two levels of meaning: an outer (zahir ظاهر) and an inner (batin باطن). They hold the latter to be superior and eternal and this is reflected in their understanding of both the universe and humanity. 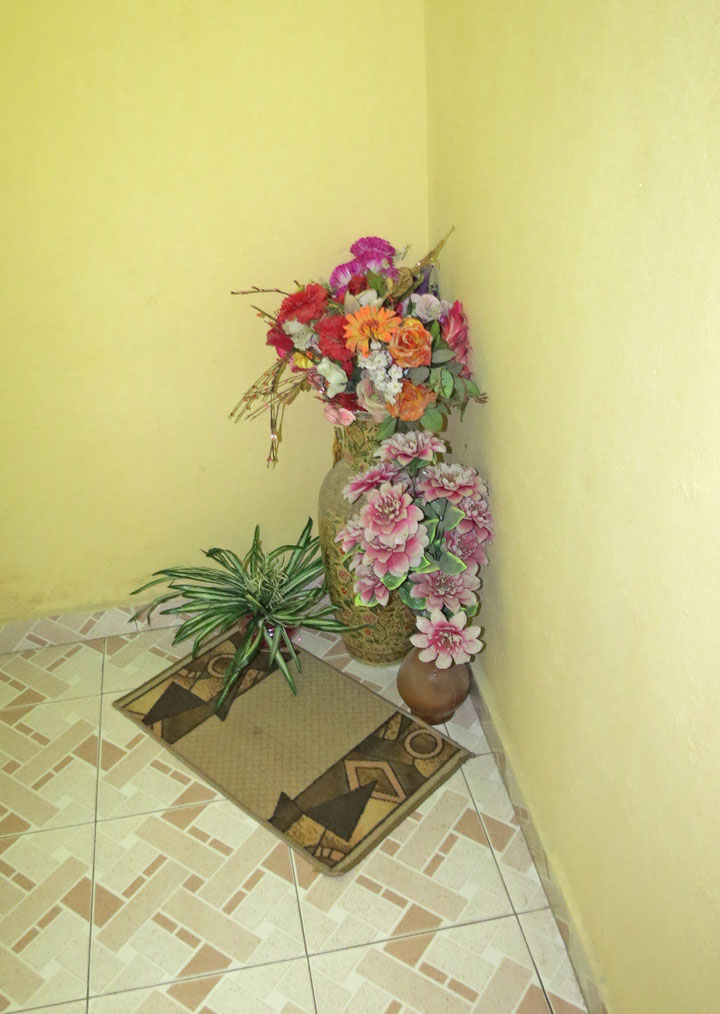 Bektashism is also initiatic and members must traverse various levels or ranks as they progress along the spiritual path to the Reality. First level members are called aşıks عاشق. They are those who, while not having taken initiation into the order, are nevertheless drawn to it. Following initiation (called nasip) one becomes a mühip محب. After some time as a mühip, one can take further vows and become a dervish. The next level above dervish is that of baba. The baba (lit. father) is considered to be the head of a tekke and qualified to give spiritual guidance (irshad إرشاد). Above the baba is the rank of halife-baba (or dede, grandfather). Traditionally there were twelve of these, the most senior being the dedebaba (great-grandfather). The dedebaba was considered to be the highest ranking authority in the Bektashi Order. Traditionally the residence of the dedebaba was the Pir Evi (The Saint's Home) which was located in the shrine of Haji Bektash in the central Anatolian town of Hacıbektaş (aka Solucakarahüyük). 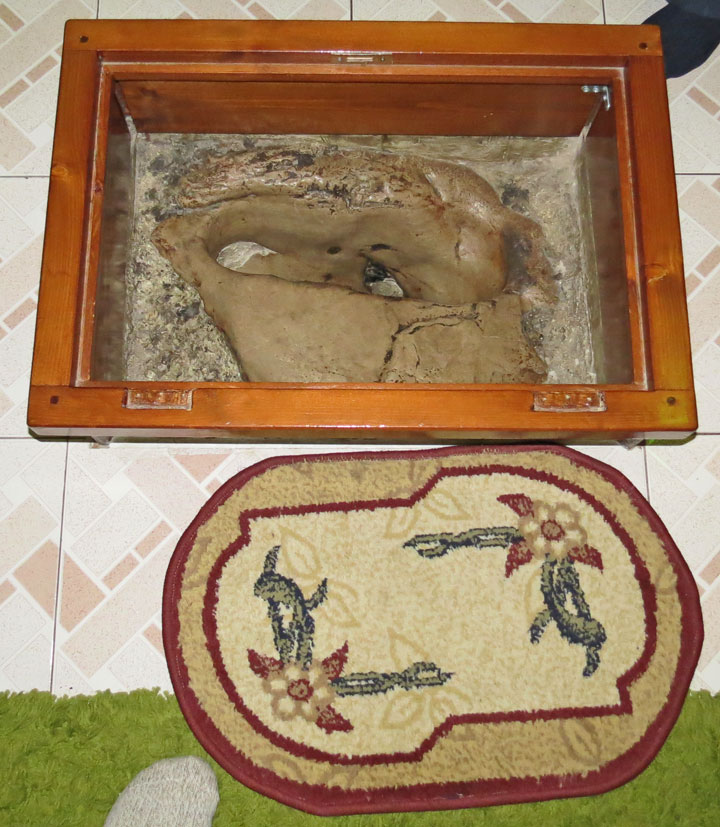 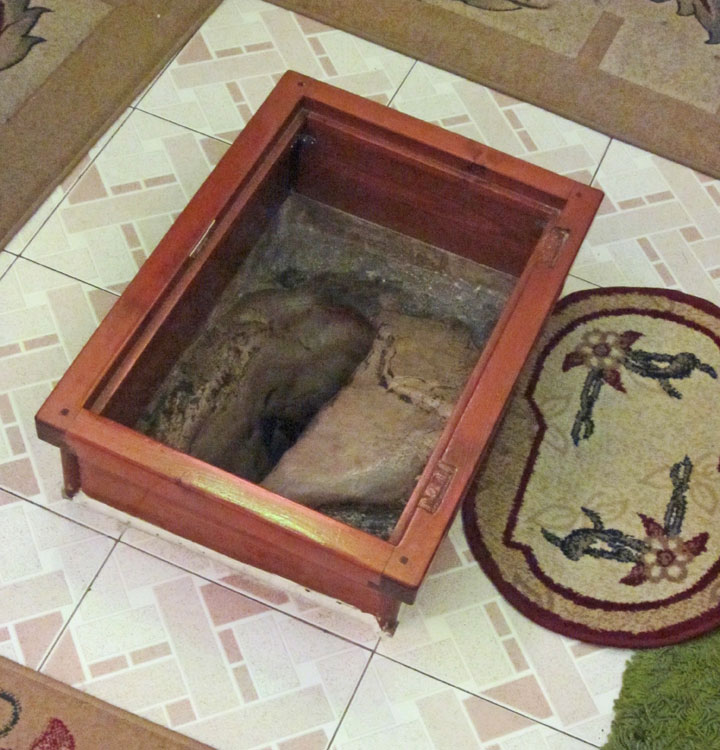 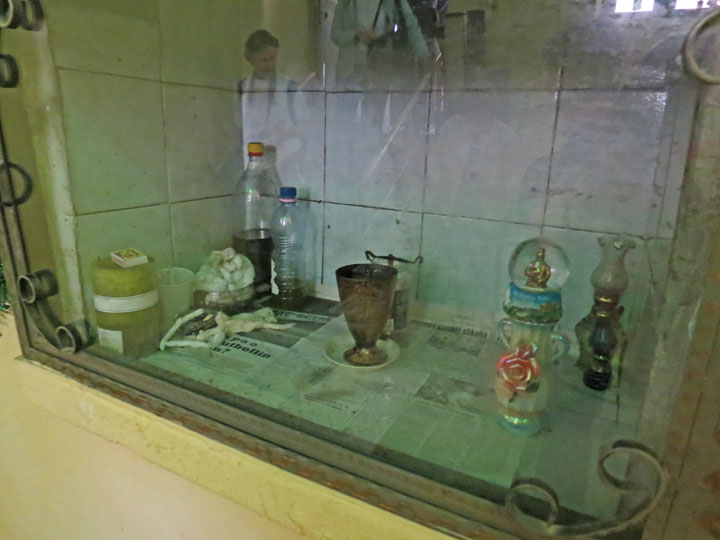 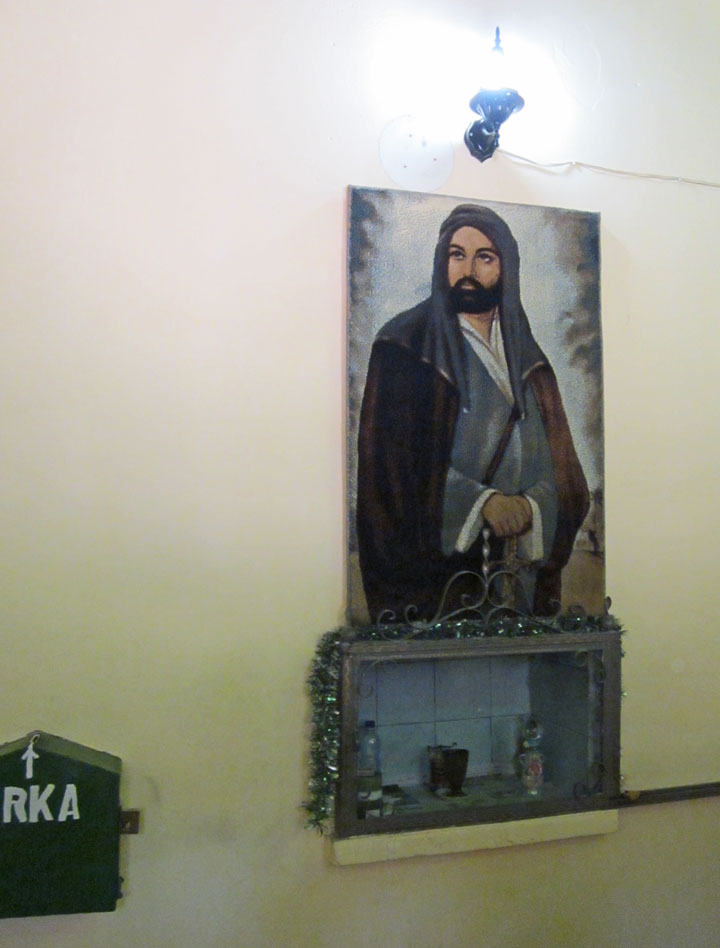 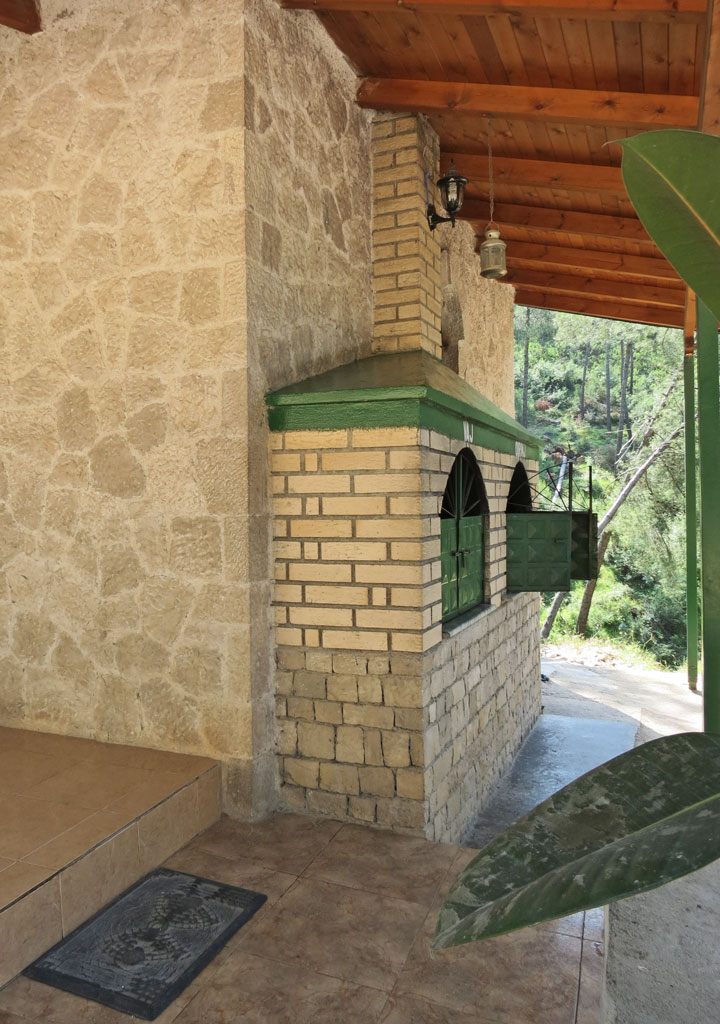 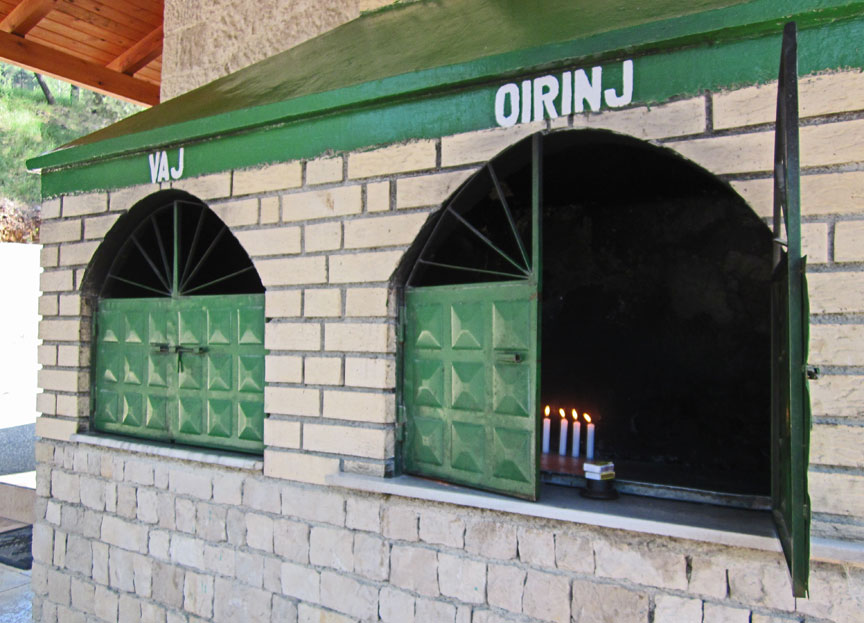 left is oil, candles on right 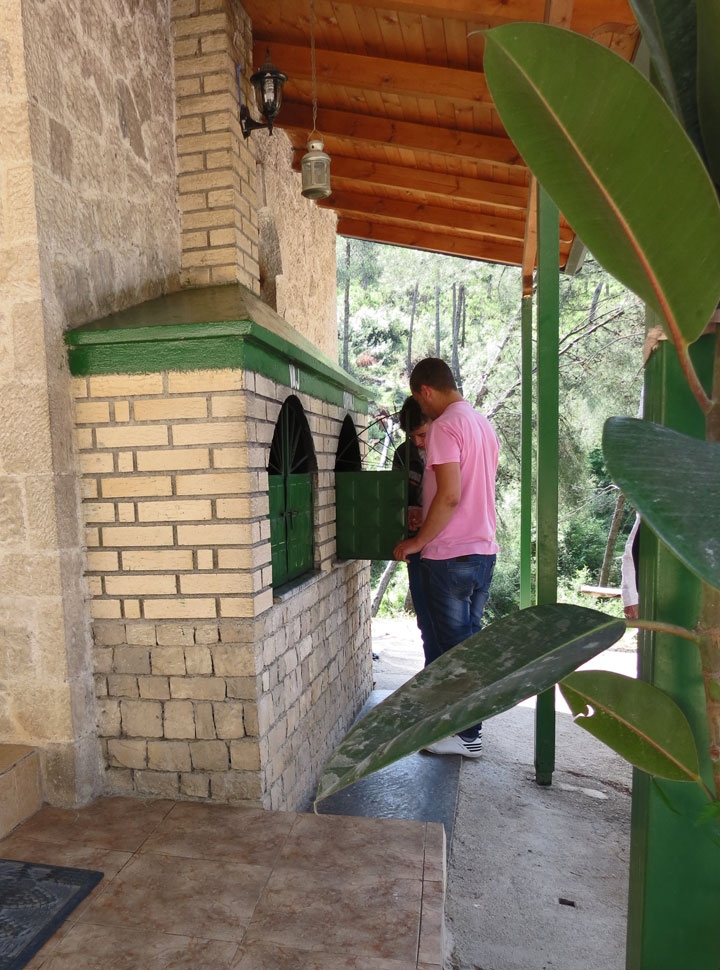 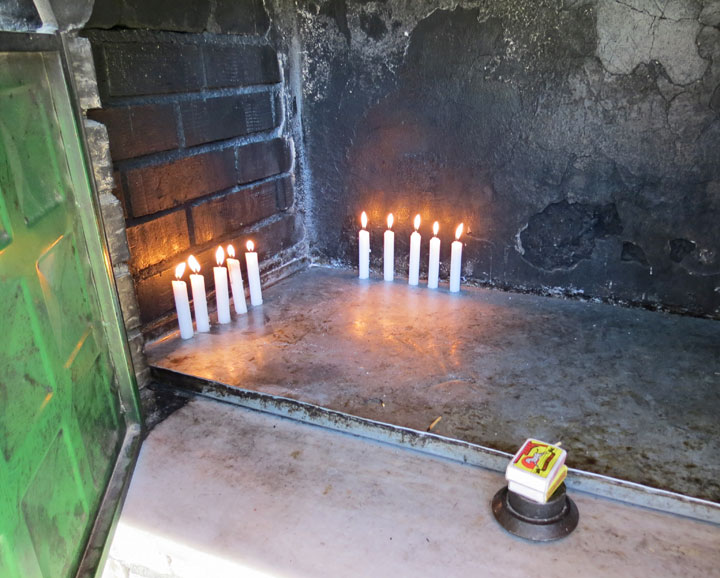