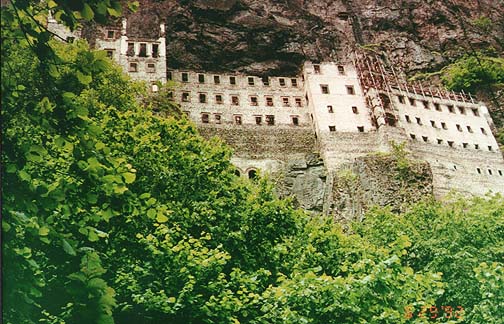 the Byzantine Monastery of the Virgin at Sumela 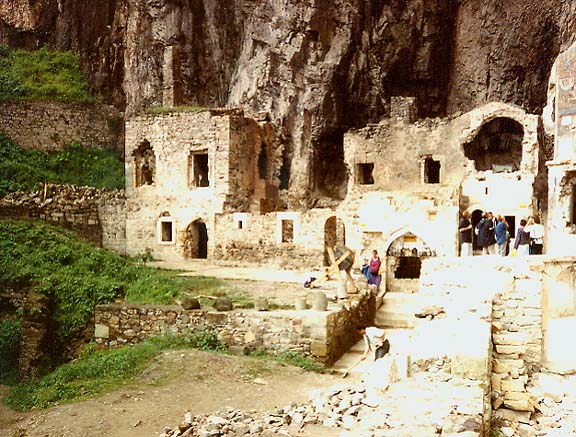 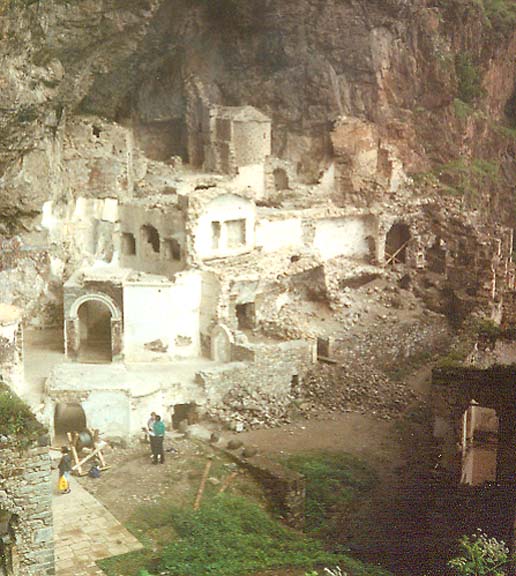 monastery rooms, in the cave 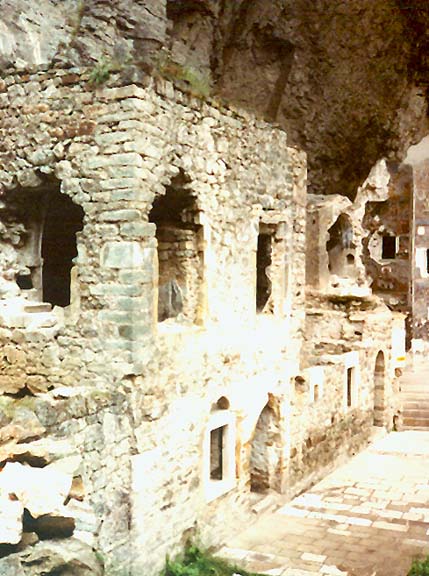 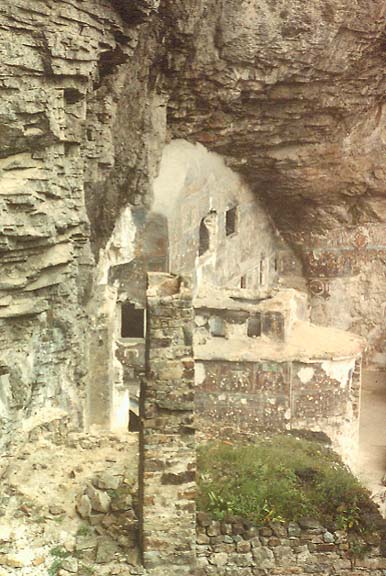 rooms in the caves in the side of the cliff 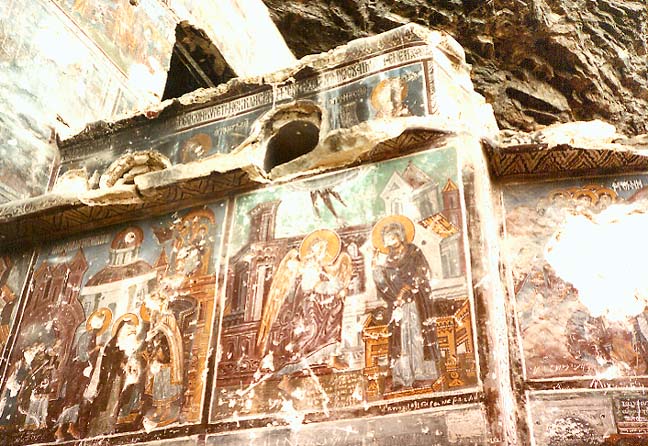 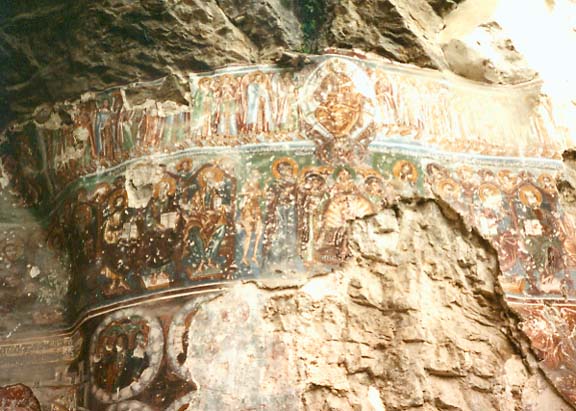 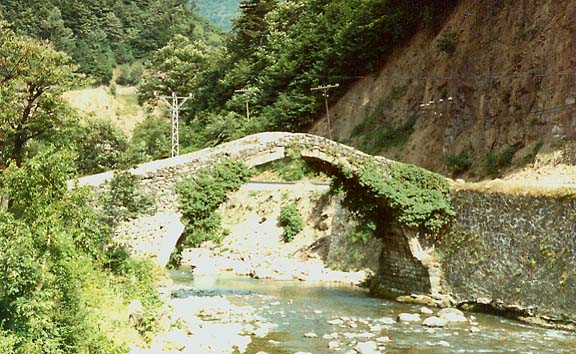 old bridge near the monastery 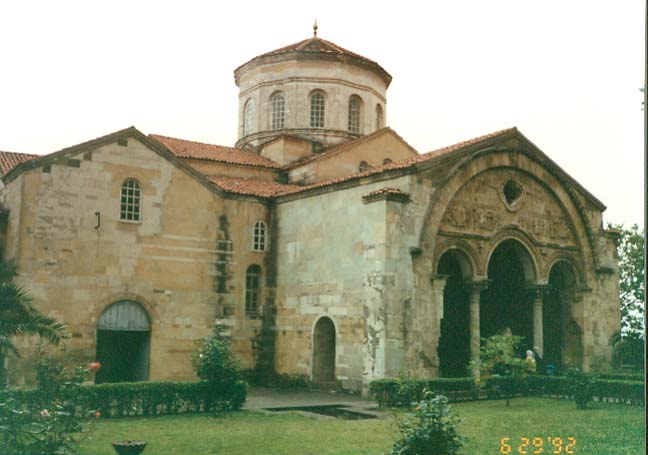 or Trebizond (ancient Trapezus), city in northeastern Turkey, on the Black Sea. The capital of Trabzon Province, Trabzon lies on a small tableland that extends between two precipitous, parallel valleys to the coast and terminates in a low promontory. In the surrounding region citrus fruit, corn, and potatoes are grown, and deposits of iron, lead, and copper are found. 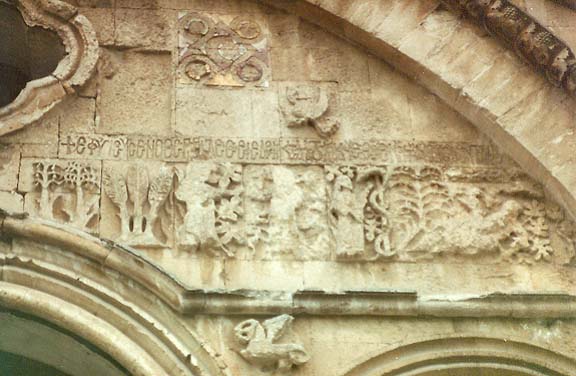 Astride the historic trade route between Iran and the European continent, Trabzon is a shipping center with an export trade in foodstuffs, livestock, and tobacco. The city has many architectural landmarks from Byzantine times, including the Church of the Virgin of the Golden Head and the Church of Saint Eugenius—both now mosques—and the 13th-century Hagia Sophia (Church of the Holy Wisdom), now used as a museum. Near Trabzon is the 14th-century monastery of Sumelas. In the city is the Black Sea Technical University (1963). 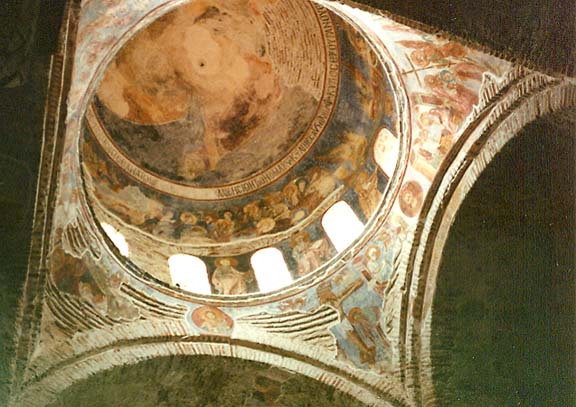 Greeks from the Black Sea port city of Sinope founded Trapezus on the site of Trabzon in the 8th century BC. Made part of the Roman Empire in the 1st century AD, it was subsequently incorporated into the Byzantine Empire. The city attained wide renown as an artistic, cultural, and commercial center during the Middle Ages, when it was the capital of the Trebizond Empire, established in 1204 by two grandsons of Byzantine emperor Andronicus I of the family Comnenus. It flourished until 1461, when the empire was conquered by the Ottoman Turkish sultan Muhammad II. The city later declined in importance. Turkey ceded Trabzon to the short-lived autonomous republic of Armenia in 1920, but regained it in 1921. In 1923 the Turks deported the city's sizable Greek population. Population (1990) 143,941. 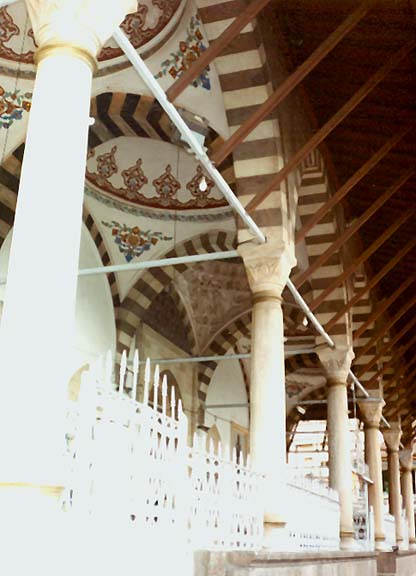 front of the mosque 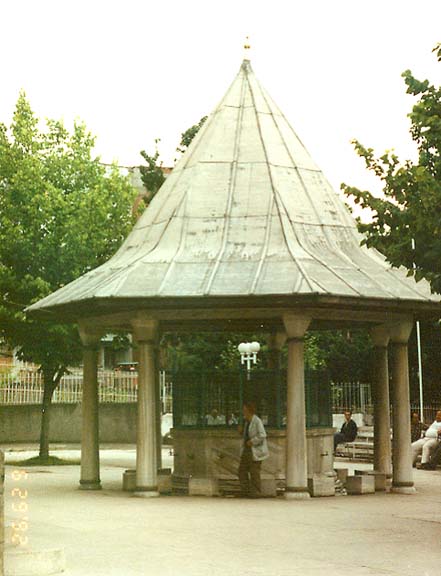 the fountain for cleansing before prayers 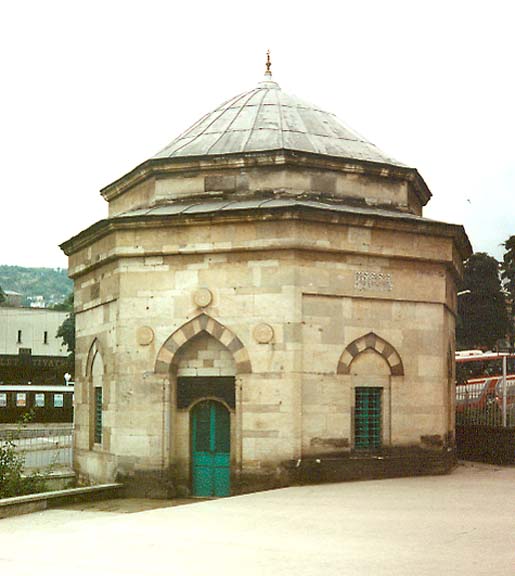 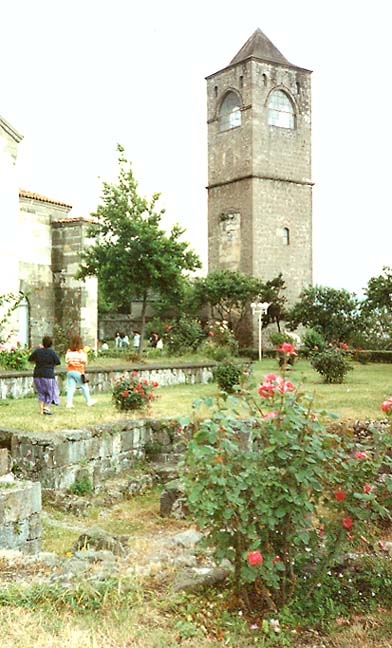