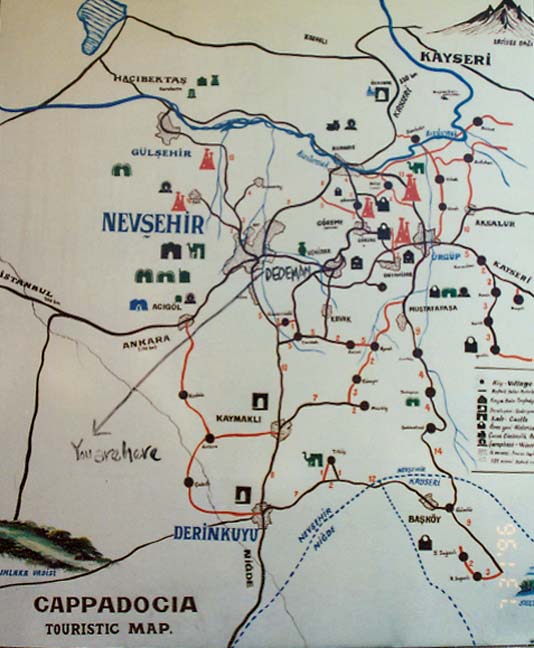 map of the region

, ancient country in eastern Asia Minor, extending from the Pontus Euxinus (now the Black Sea) to the Taurus Mountains in present-day Turkey. As early as 1900 BC, merchants from Assyria established a colony in Cappadocia. From about 1750 BC to the formation of the Persian Empire of the Achaemenid dynasty in the 7th century BC, this region was the center of power of the Hittites. Later, the Persians controlled the area and divided it into two satrapies, or provinces. The northern province became known as Cappadocia near the Pontus, or merely Pontus; the southern area retained the name Cappadocia, by which it was known in classical times. 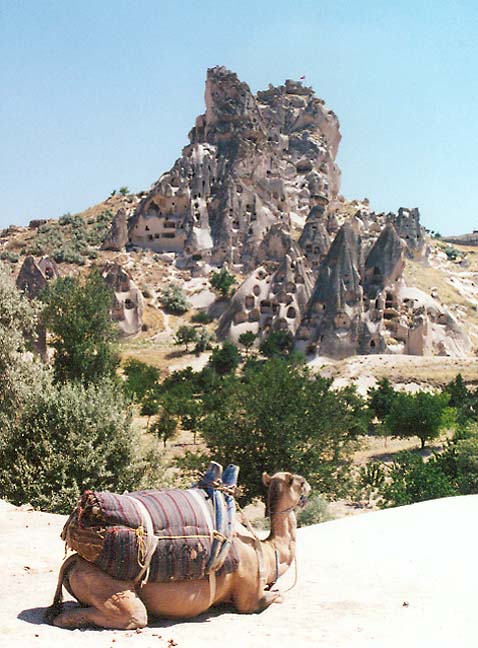 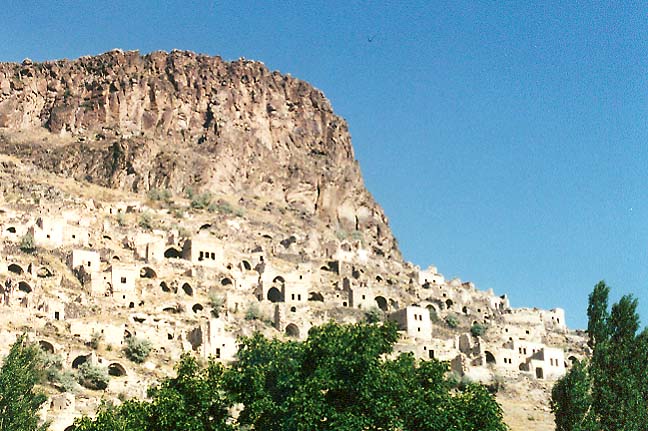 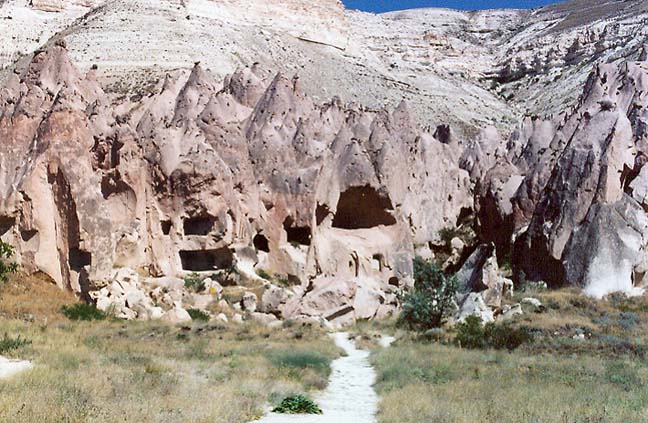 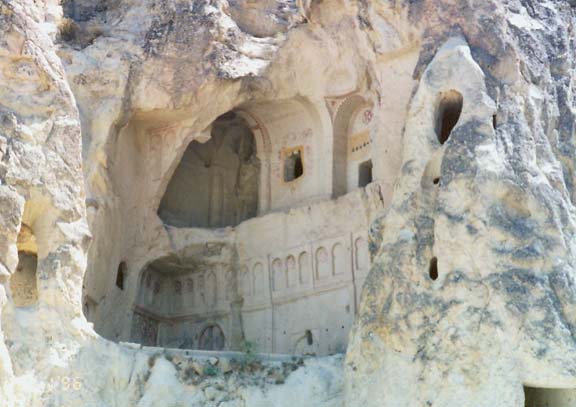 After the conquest of Persia by Alexander the Great early in the 4th century BC, Cappadocia became independent. The first king of the Cappadocian dynasty, Ariarathes I (reigned 330-322 BC), paid tribute to Alexander, but Alexander's successors were unable to conquer the country. Later, the kings of Cappadocia sided with Rome, then a rising power, against the Seleucids and against Pontus. Cappadocia changed sides often in its support of the various factions during the Roman civil wars of the 1st century BC. 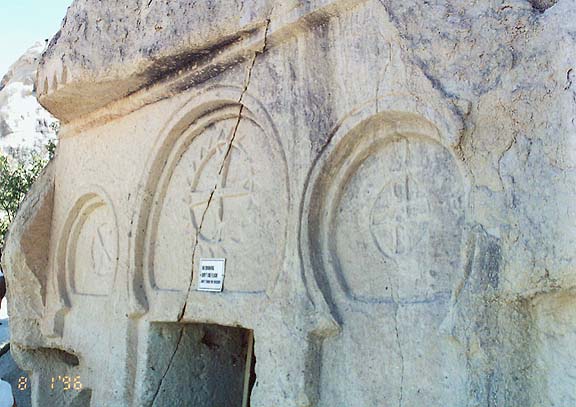 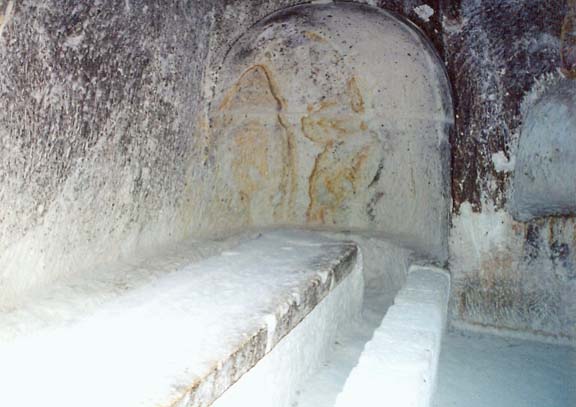 The Refectoryry
(seating 40-50 people for meals) 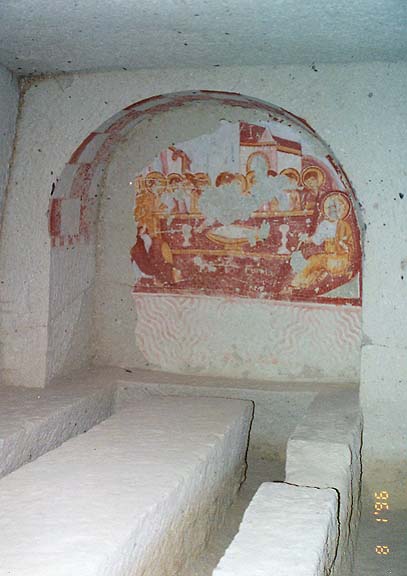 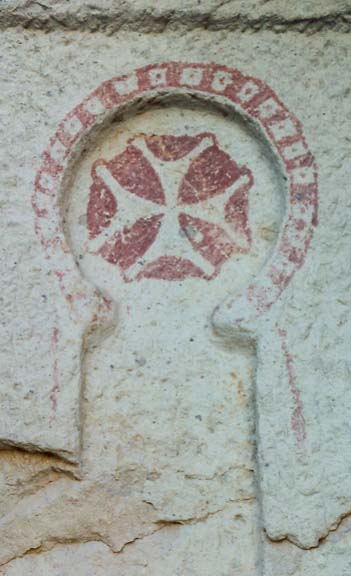 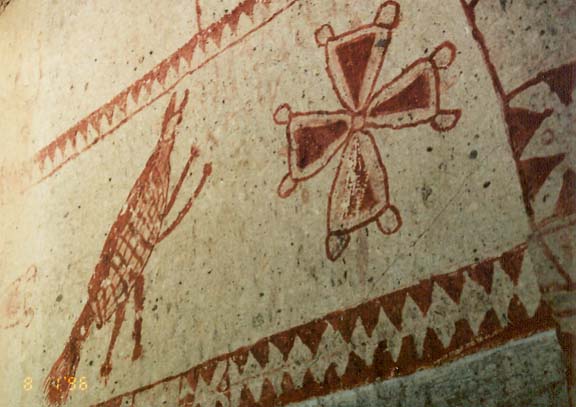 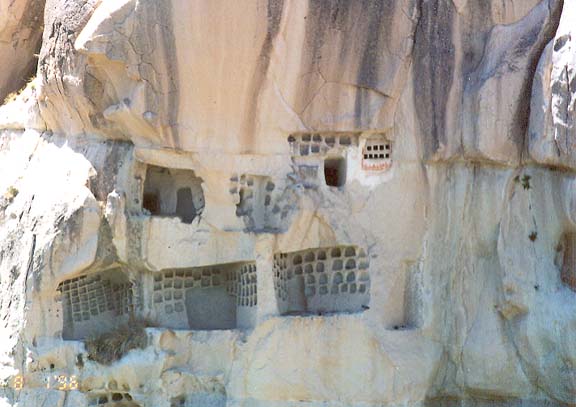 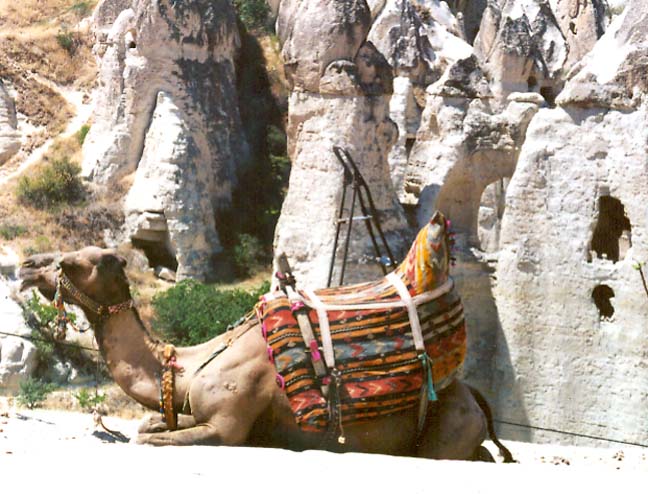 The independence of the country ended when the Romans supplanted the Cappadocian dynasty with a puppet king about 40 BC. In AD17 the Roman emperor Tiberius made Cappadocia a province of the Roman Empire. Thereafter, the importance of Cappadocia as a separate political unit declined. Among the important towns of Cappadocia were the capital of the kingdom, Mazaca (now Kayseri), known in Roman times as Caesarea Mazaca; Tyana; and Melitene (now Malatya). The modern town of Boðazkale is on the site of the Cappadocian town of Pteria, which was built on the site of the city of Hattusas, capital of the Hittite Empire. 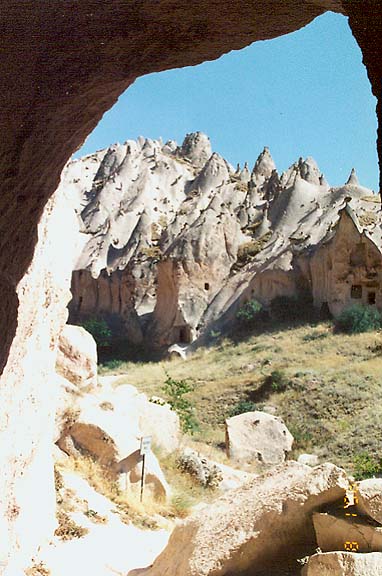 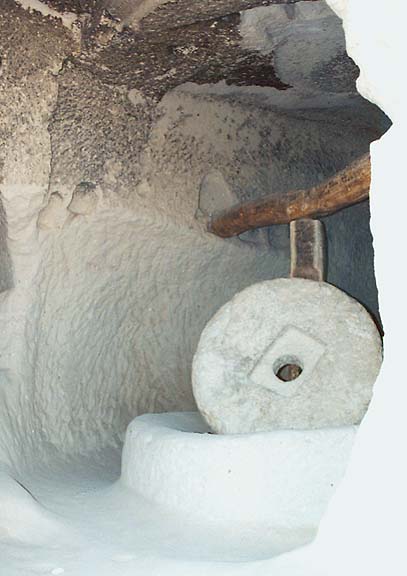 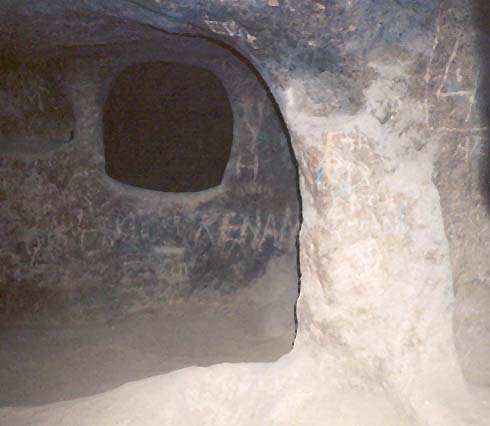 passage ways deep in the rock 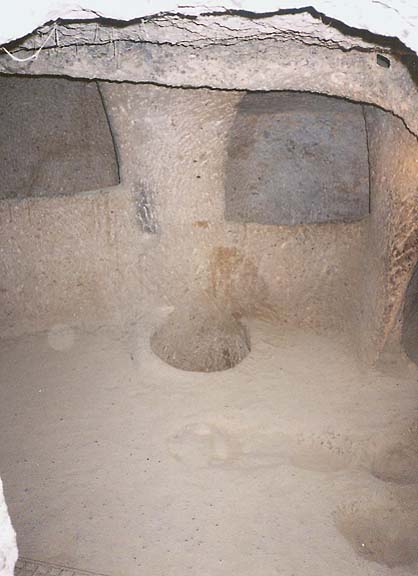 passage to a lower level 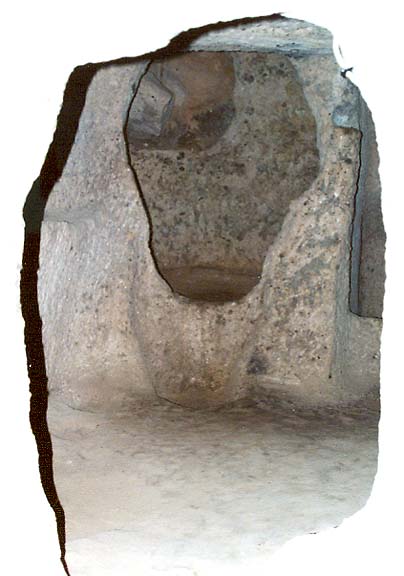 where the people lived for protection 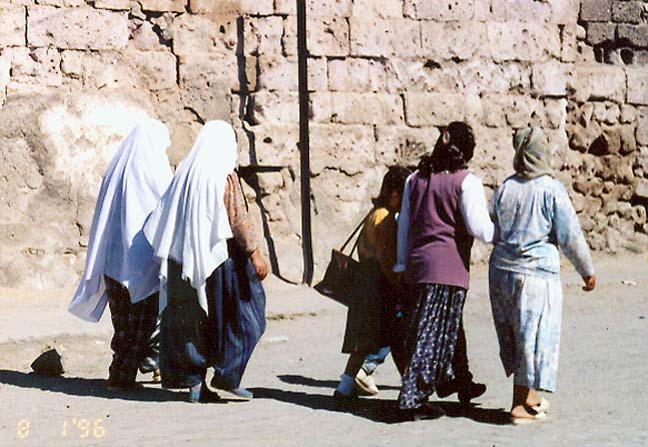