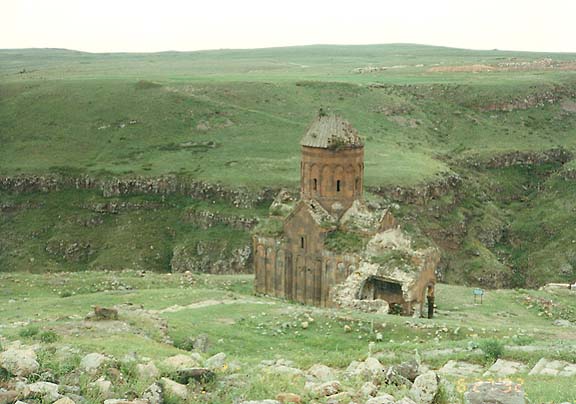 The capital of an Urartian state and later of an Armenian Bagratid kingdom from 953 to 1045 AD,
Ani was taken over by the Byzantines. 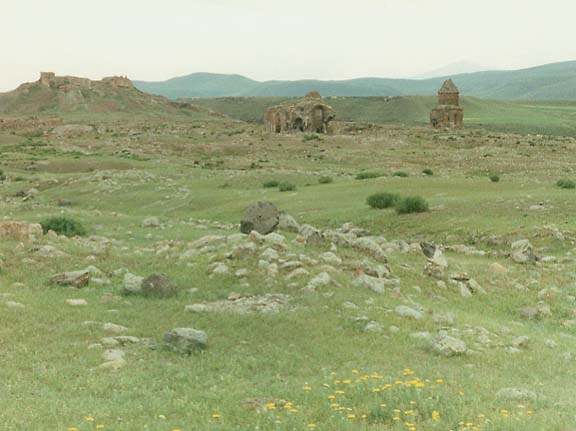 In 1239, Mongols took Ani and soon abandoned the city, leaving it a ghost town. 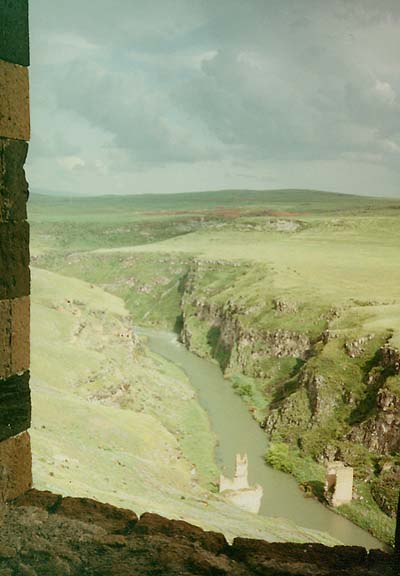 It lies on the Arpacay stream on the border of Armenia. 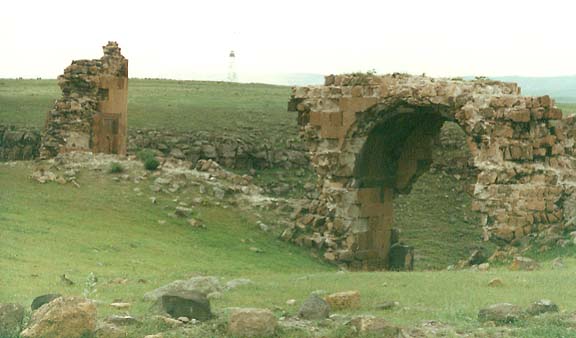 watch tower in background is in Armenia 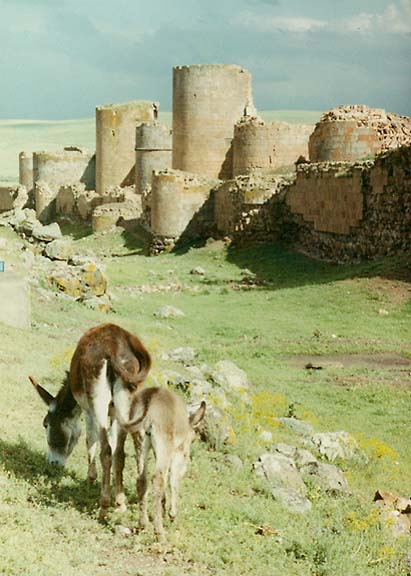 now the remains of a citadel and seven churches 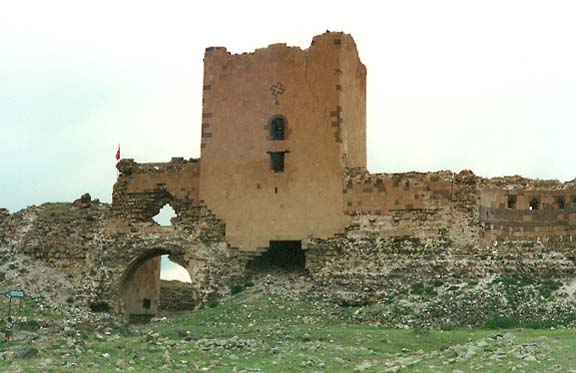 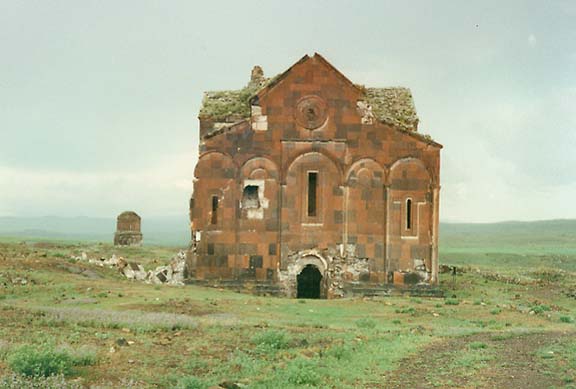 one of the churches 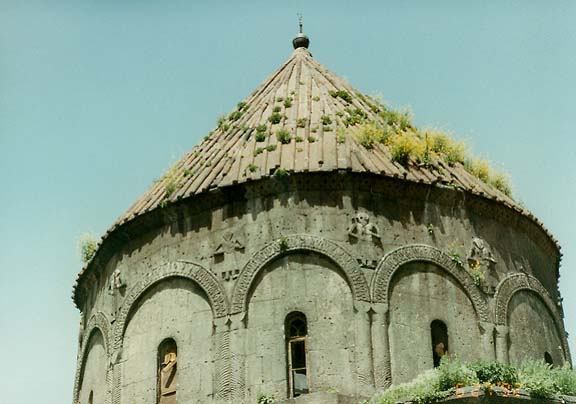 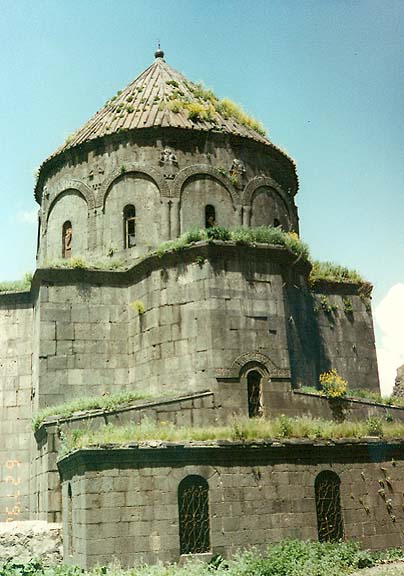 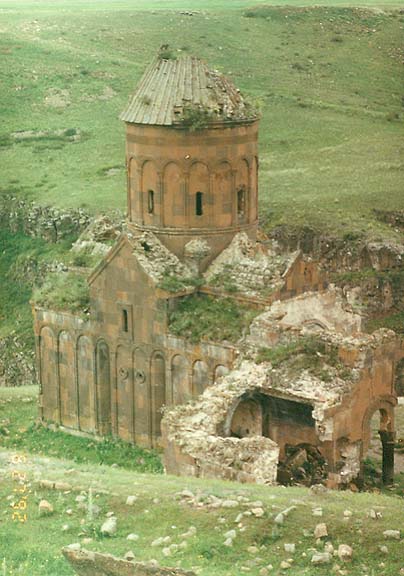 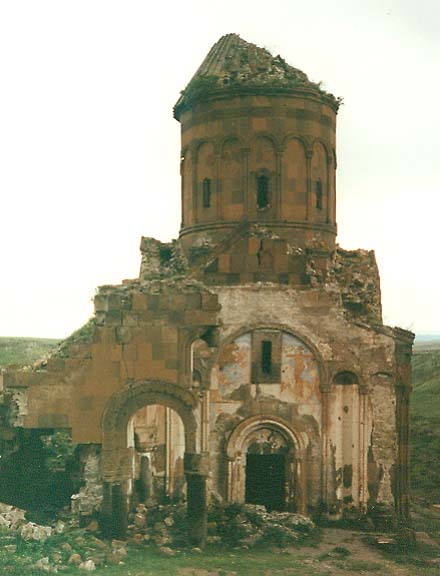 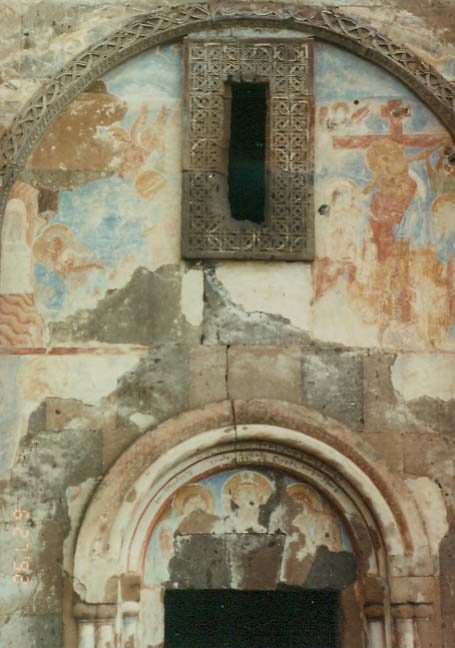 Photos of similar churches in Armenia 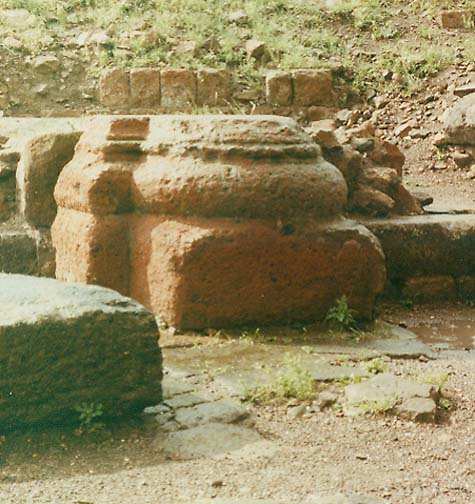 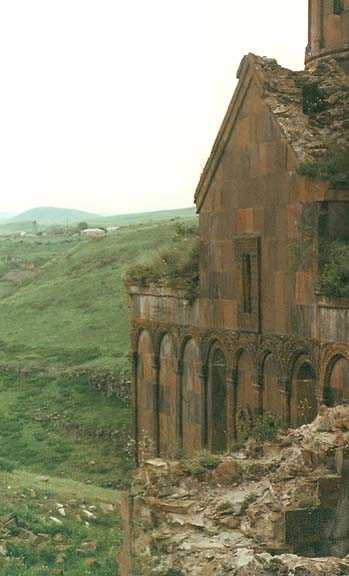 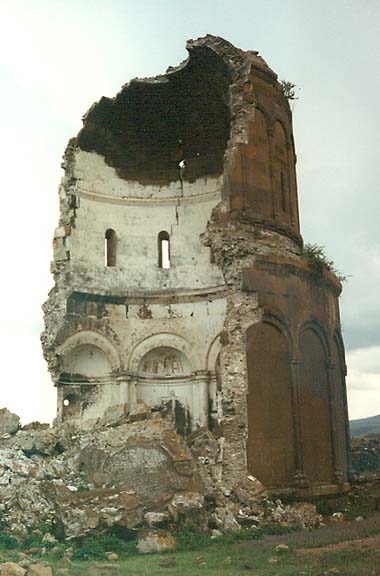