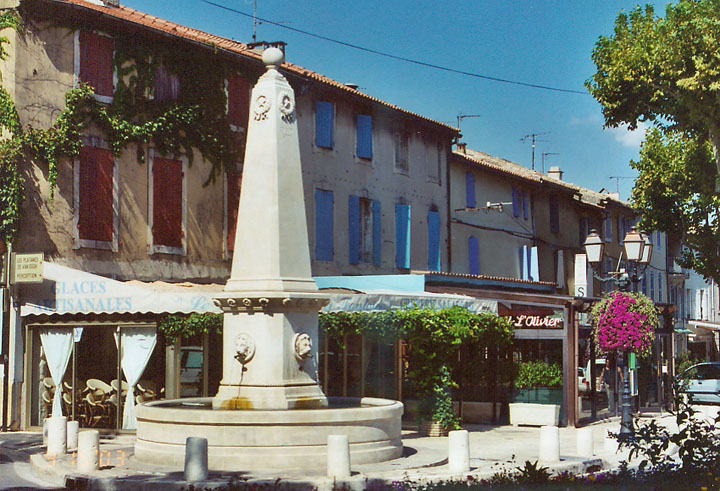 This lovely Gallo-Roman village is on the plains at the northern edge of the Alpilles, 20 km south of Avignon. Residents more recent than the Romans include Dr. Schweitzer, Dr. Nostradamus and Van Gogh. The old village of St. Rémy is pretty and picturesque, and protected by the circular 14th-century wall which is lined by its protective circle of buildings. 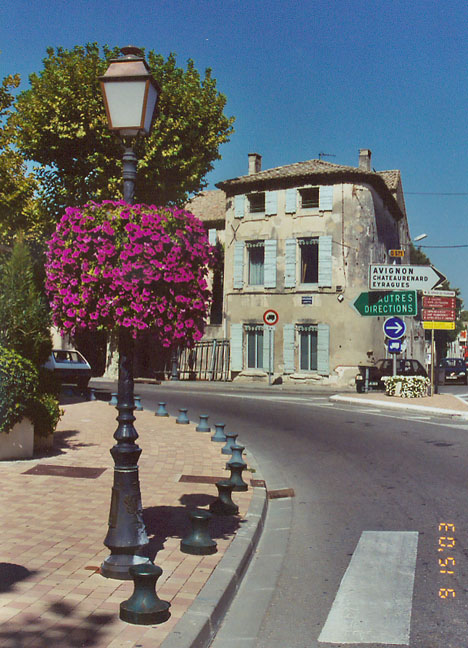 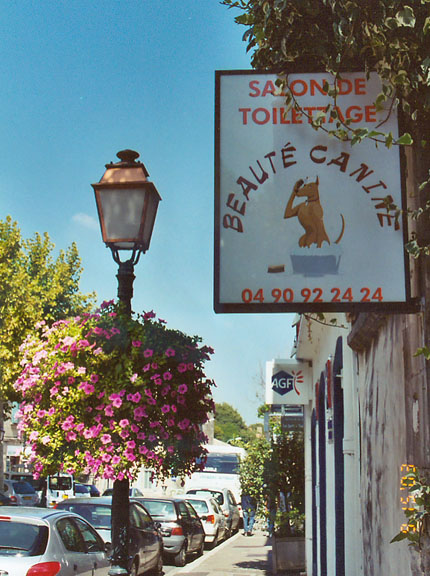 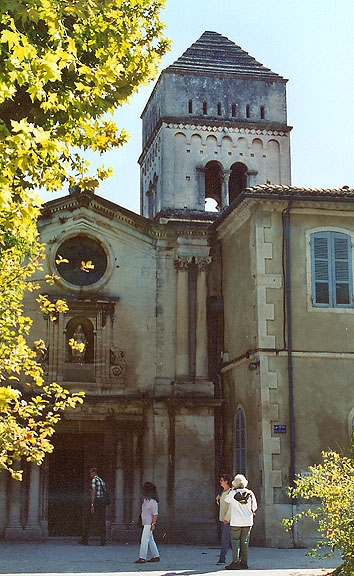 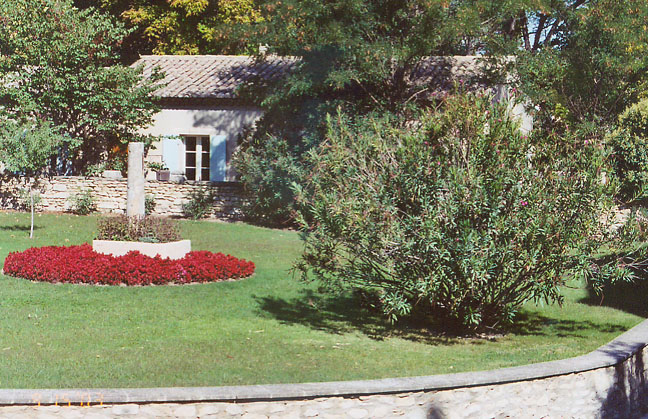 Where Vincent Van Gogh was resident 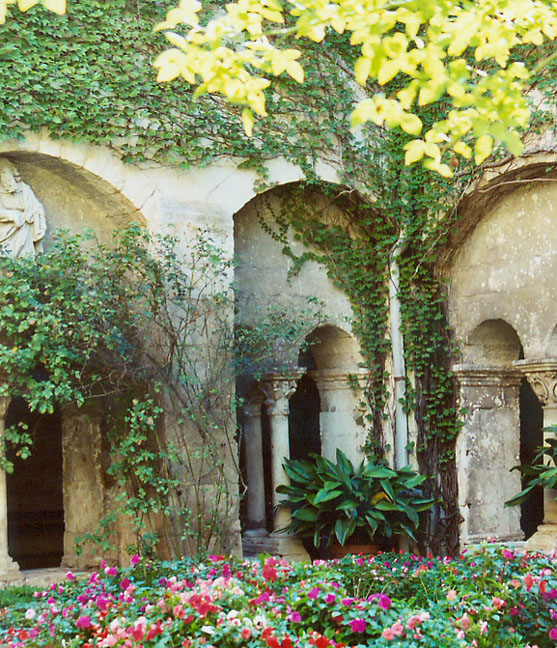 the courtyard garden of the asylum 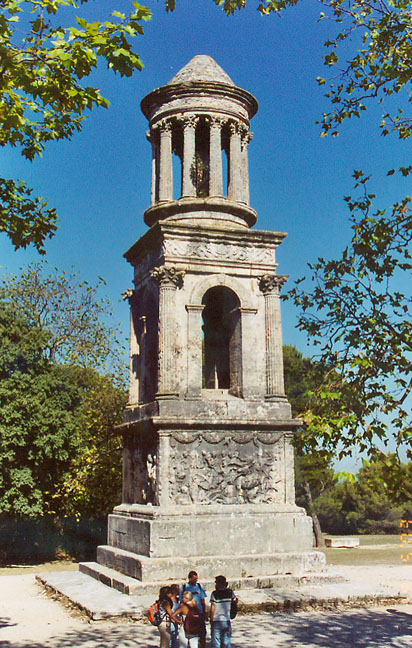 The antique site of Glanum, just south of Saint Rémy at the edge of the Alpilles, was a Greek city, eventually covered by a Roman city, and there are some beautiful Roman artifacts, including a mausoleum and the oldest Roman arch of the narbonensis region 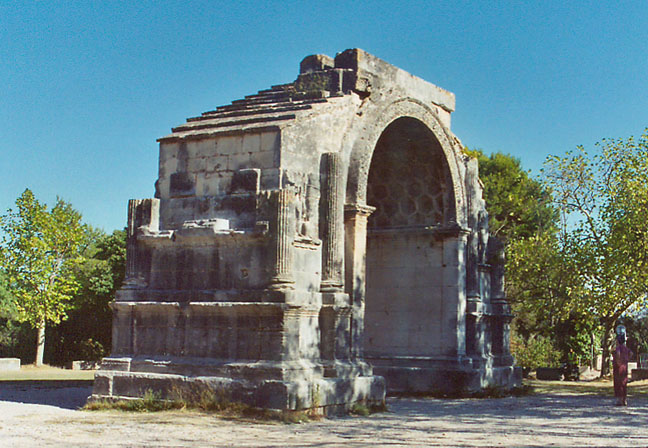 Roman arch of the narbonensis region 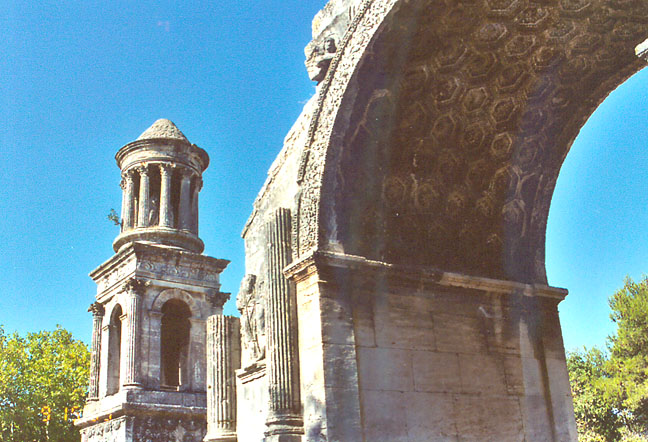 note coffered ceiling inside the arch 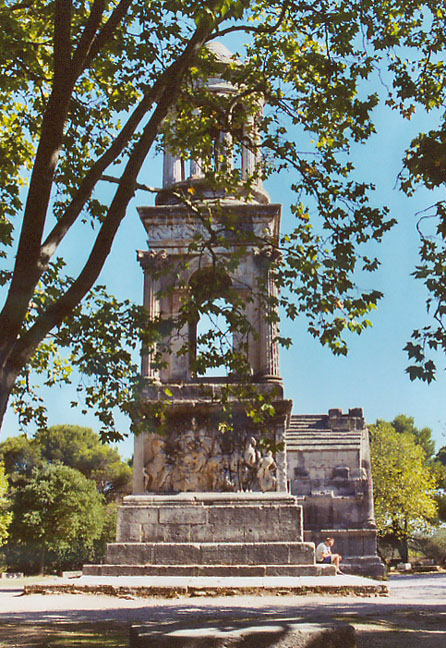