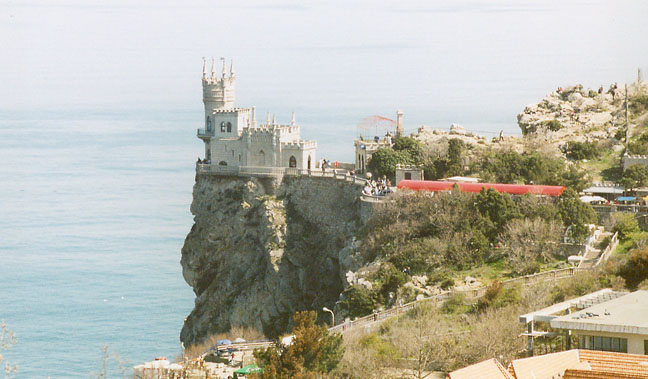 Crimea (Ukrainian Krym), peninsula in southeastern Ukraine, an autonomous republic of that country. The peninsula, connected with the mainland to the north by the narrow Isthmus of Perekop, projects southward from the rest of Ukraine into the Black Sea, which bounds it on all sides except the northeast where it is bounded by the Sea of Azov. Kerchenskiy Strait, joining the latter and the Black Sea, separates Crimea from the Caucasus Mountains on the east. Crimea extends about 320 km (about 200 mi) from east to west and about 175 km (about 110 mi) from north to south. 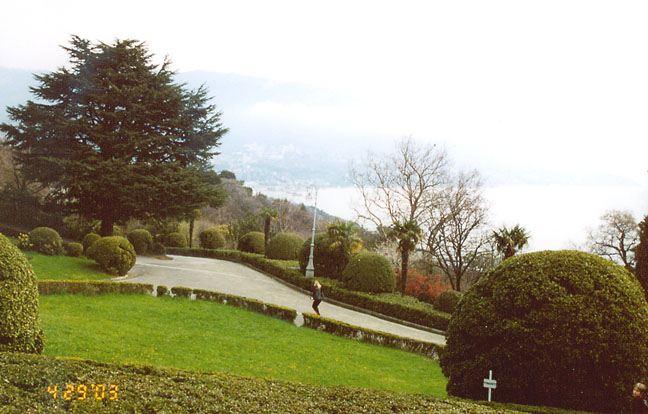 gardens along the Black Sea 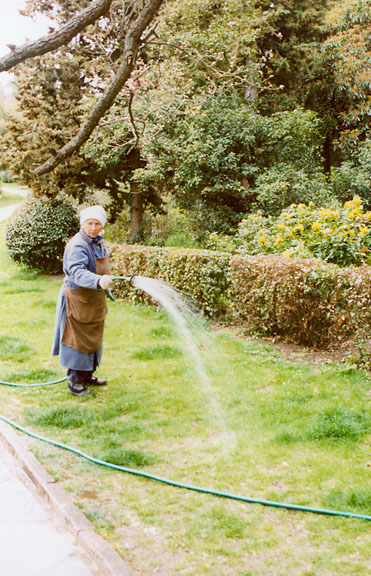 which are carefully cared for by women who water 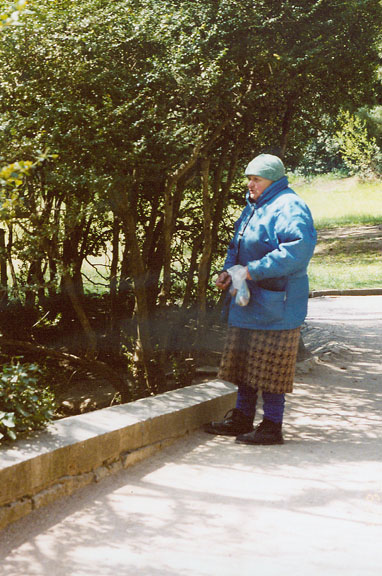 or keep the people off the grass by blowing a whistle

It has a total area of 25,993 sq km (10,036 sq mi). The terrain consists predominantly of a level upland plain, an extension of the Russian steppes. Several parallel mountain ranges occupy the southeastern part of the peninsula. The climate in the plains area is fairly cold and windy in the winter and arid in the summer. The climate of the southeastern coastal strip is mild and the land is fertile. Plant species include the cork oak, olive, laurel, and cypress. Fruit orchards and vineyards are numerous. The scenic Crimean coastal region is a famous resort area; the leading resort town is Yalta, scene of the historic Yalta Conference in 1945, during World War II. 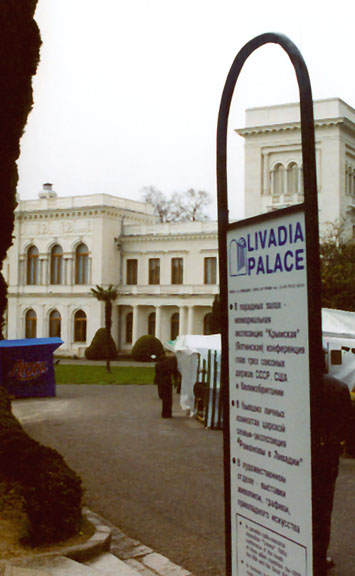 Livadia Palace, scene of the historic Yalta Conference in 1945, during World War II.

In addition to such fruits as cherries, peaches, figs, apricots, apples, and pears, agricultural products of Crimea include tobacco, wheat, and barley, which are grown mainly on the steppes, and corn, flax, and almonds. Cattle and sheep are raised on the mountain slopes. Crimea contains productive mineral deposits, notably salt and phosphoric iron ore. Rich deposits of the latter are located near Kerch, an important center for the production of iron and steel. Other important industries are shipbuilding, fishing, and the manufacture of fertilizers, chemicals, tobacco products, flour, leather products, and metals.
Crimea had a population of about 2,456,000 in 1989. Russians, Ukrainians, and Tatars are the major ethnic groups, with smaller numbers of Bulgarians and Greeks. The administrative center and principal city of the region is Simferopol', and the leading port is Sevastopol'. 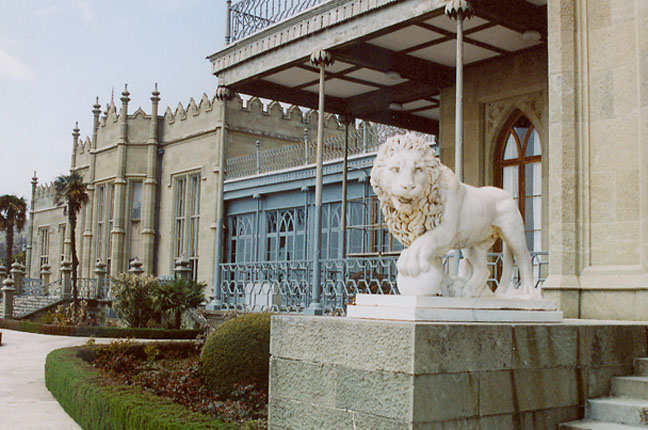 Alupkinsky Palace, where Churchill stayed during the Yalta conference

In ancient times Crimea was known as Chersonesus Taurica, from the name of a tribe, the Tauri, who were descendants of the Cimmerians. Between the 7th and 5th centuries BC the Greeks of Miletus colonized the territory, founding many cities and towns. These were united in 438 BC to form the kingdom of Bosporus. In 114 BC the kingdom accepted the overlordship of Mithridates VI Eupator, king of Pontus, as a protection from tribes of Scythians. For nearly three centuries after the defeat of Mithridates by the Romans, Crimea was under the nominal suzerainty of Rome. The region was conquered by the Goths in AD 250. This was the first of a series of successive invasions by the Huns, Khazars, Byzantine Greeks, Kipchaks, and Genoese, extending over a period of nearly 1000 years. In 1475 the peninsula was overrun by the Turks, who, with the cooperation of the Tatar princes controlling part of the area, retained possession of it until 1777. 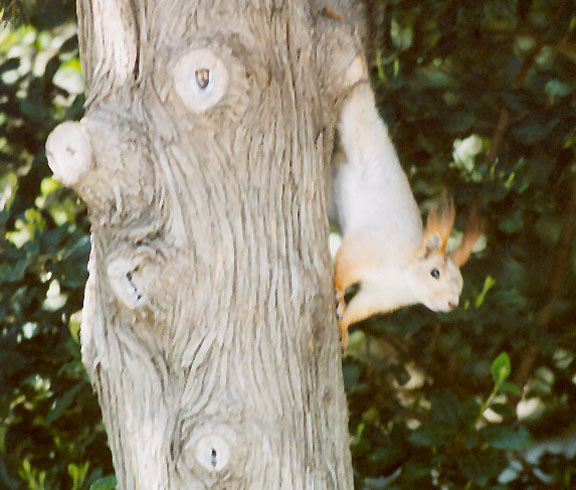 As a result of the Russian victory over the Turks in that year, Crimea in 1783 became part of the Russian Empire. The peninsula was embattled from 1854 to 1856, during the Crimean War and figured prominently in the civil war that took place after the Russian Revolution of 1917. In 1921 Crimea was established as an autonomous republic for Crimean Tatars within the Russian Soviet Federated Socialist Republic (RSFSR) of the Soviet Union. 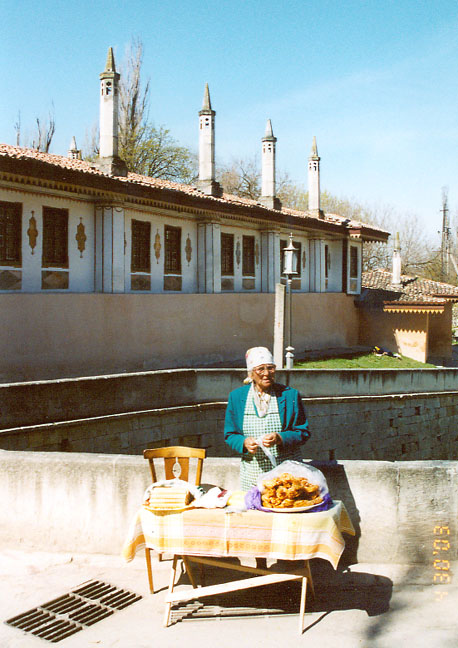 Palace of the Khans in Bakhchysaray

More Photos of the Tatar Khanate

In 1941 Crimea was invaded by German armies. The Germans completely occupied the republic after the fall of Sevastopol' in July 1942, holding it until the spring of 1944. That year Crimean Tatars were deported en masse to Central Asia by Soviet leader Joseph Stalin. Crimea was demoted in status from an autonomous republic to an oblast in 1945. It was made a region of the Ukrainian Soviet Socialist Republic (SSR) in 1954 by Soviet leader Nikita Khrushchev. 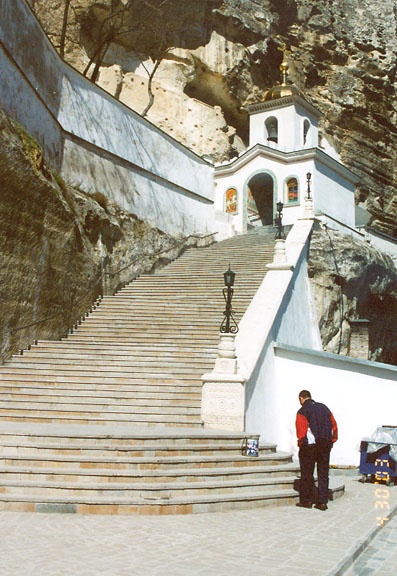 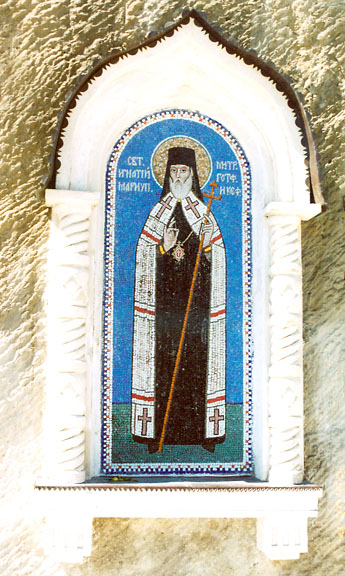 mosaic of priest and saint

After the dissolution of the Union of Soviet Socialist Republics (USSR) in 1991, a secessionist movement emerged among Crimea's ethnic Russians, who constitute a majority of the population in the peninsula. In May 1992 the Crimean legislature issued a declaration of independence. However, the declaration was rescinded two weeks later after the Ukrainian leadership granted Crimea the status of an autonomous republic within Ukraine's borders. 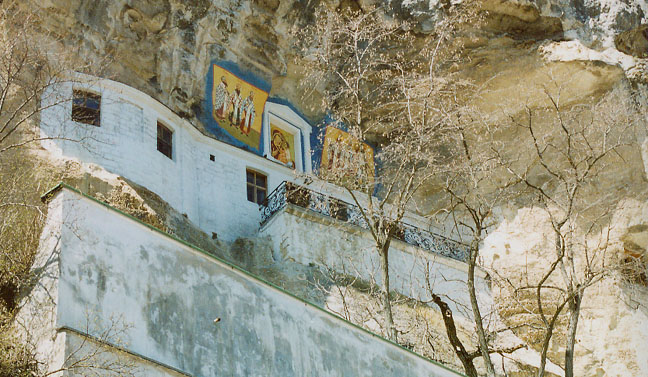 the upper cave rooms of the Uspensky monastery

In January 1994 Crimea's first presidential election was held. Most of the candidates publicly supported Crimean reunification with Russia, including the winner, Yury Meshkov. In May 1994 the Crimean legislature passed a separatist constitution. Demands that the constitution be rescinded were ignored. In March 1995 the Ukrainian Supreme Council annulled the Crimean constitution and effectively abolished the presidency. 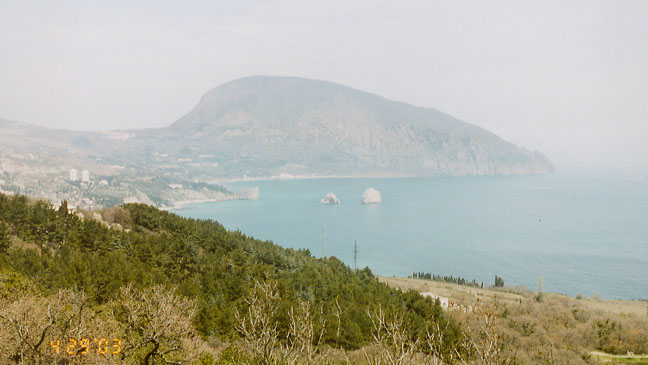 Bear Mountain on the Black Sea coast at Yalta

In April Ukrainian president Leonid Kuchma assumed direct control over the government of Crimea. Secessionist efforts were dampened when pro-secession groups were largely defeated in Crimean local elections held in June and July. Kuchma soon thereafter lifted the decree placing Crimea under direct presidential control. Ukraine's first post-Soviet constitution, passed in June 1996, allows the Crimean legislature to exercise a large degree of autonomy; however, the local legislature is prohibited from enacting laws that would contradict the national constitution. 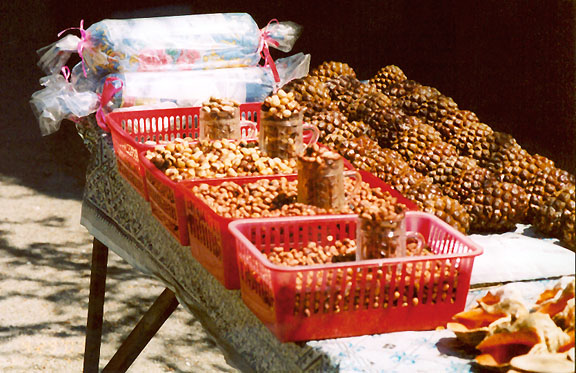 Meanwhile, about 250,000 Crimean Tatars who were exiled under Stalin have returned to Crimea, their homeland, since 1991. Many lack adequate housing and have not yet received Ukrainian citizenship. 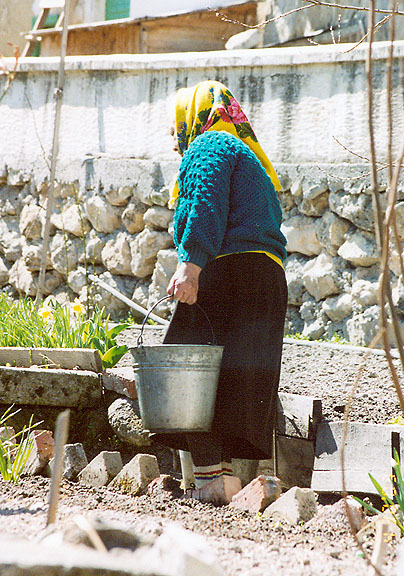