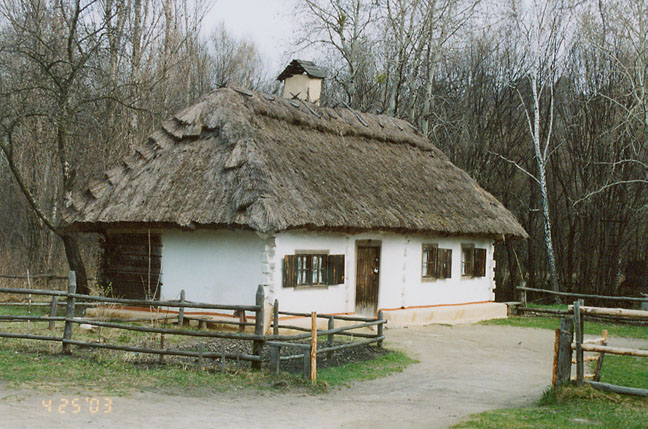 Ethnic Ukrainians make up 73 percent of the population of Ukraine. Russians are the largest minority group at 22 percent. Jews (considered both an ethnic and a religious group in Ukraine) and Belarusians each account for about 1 percent of the total. Other numerically significant groups are Bulgarians, Poles, Hungarians, and Romanians. 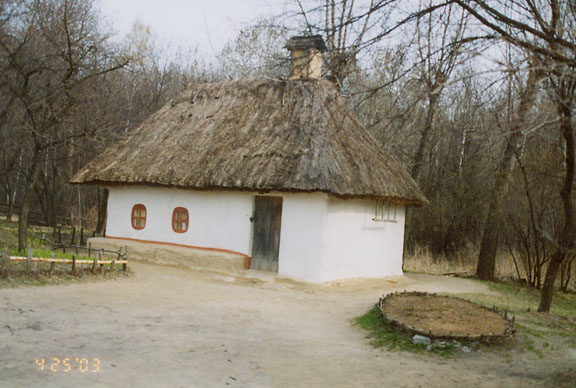 Since the end of World War II in 1945, the proportion of Russians nearly doubled, while the Jewish population declined by about half as a result of emigration. Ethnic clashes are rare, although some tension exists in Crimea between Crimean Tatars and ethnic Russians. 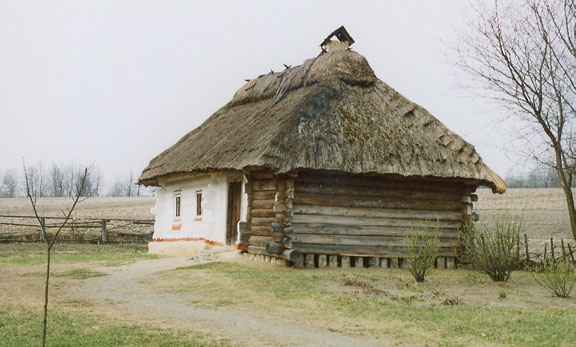 The Crimean Tatars, who were forcibly deported to Central Asia in 1944, are being allowed to resettle in Crimea. Of the 250,000 who have returned, about 100,000 still have inadequate housing and 70,000 have not yet received Ukrainian citizenship. 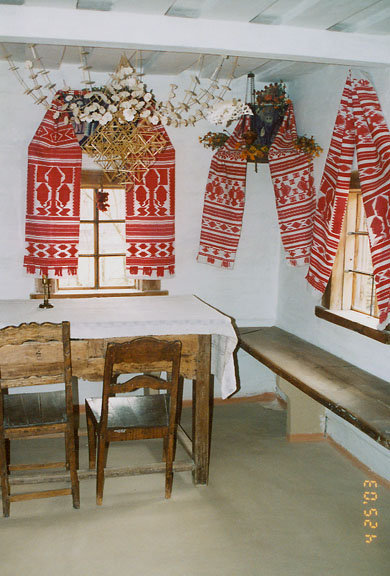 The official language of the country is Ukrainian, which forms with Russian and Belarusian the eastern branch of the Slavic language subfamily of Indo-European languages. Russian also is widely used, especially in the cities. 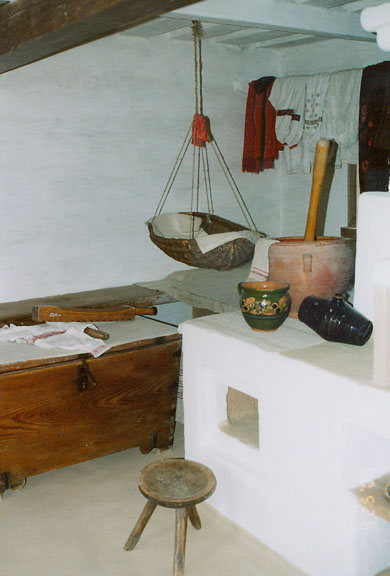 During most of the Soviet period, the state imposed severe restrictions on religious activity, banned many churches, and persecuted religious leaders. Many believers, forced underground, continued to adhere to their faiths, however. Religious activity remained relatively strong in Ukraine, and it has greatly expanded since the collapse of the Soviet Union in 1991. 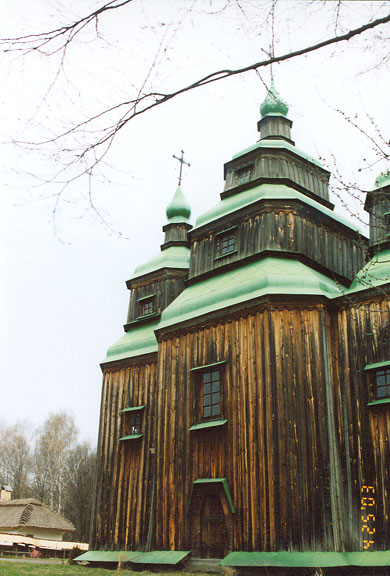 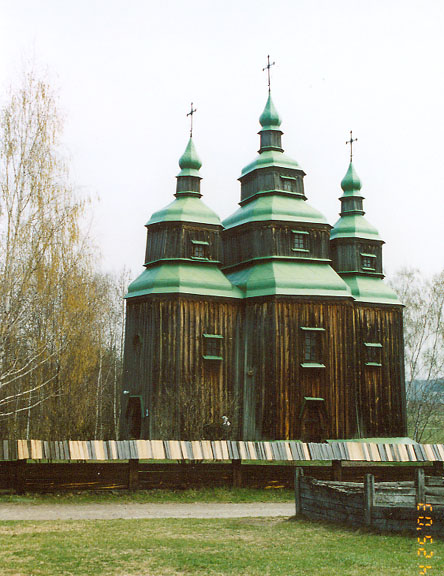 In 1992 the Ukrainian Orthodox Church split into two rival denominations when the Kyivan patriarchate was formed, separating itself from the Moscow patriarchate. The autocephalous church, which was banned by the Soviet government in 1930, regained legal status in 1990. Nearly 10 percent of the population, based almost exclusively in western Ukraine, belongs to the Ukrainian Catholic (Uniate) Church, a church of the Byzantine rite (see Eastern Rite Churches); banned in 1946, this church was officially revived in 1991. Other denominations include Roman Catholics of the Latin rite, Jews, Muslims, and Baptists. 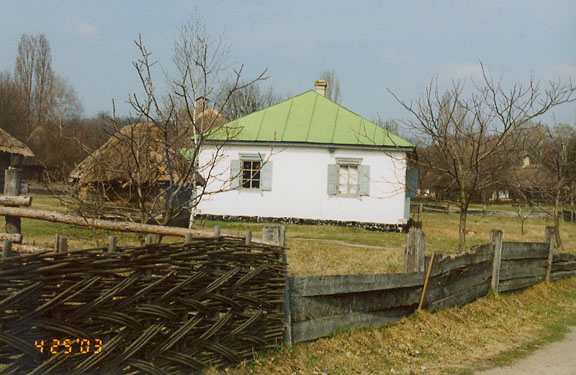 the priest's house with a tin roof

Literacy is almost universal in Ukraine, and education is compulsory between the ages of 6 and 15. Ukraine's institutions of higher learning include ten universities and a large number of specialized academies. The most prestigious is the University of Kyiv (founded in 1834), located in the capital. L'viv State University (1784), located in L'viv, is the country's oldest university. In recent years private schools and universities have appeared, most notably the Kyiv-Mohyla Academy (1992), located in Kyiv. 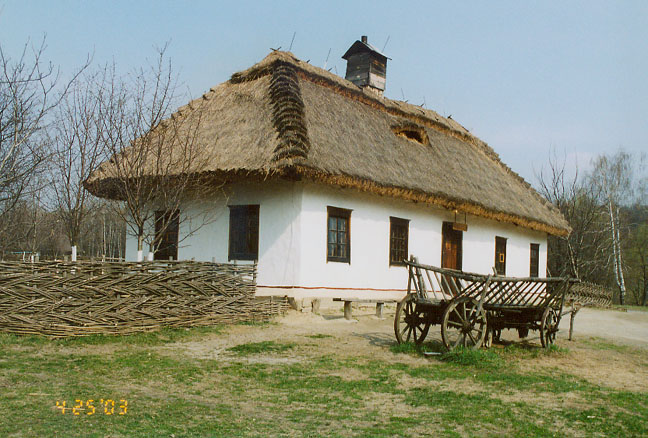 Ukraine's society was traditionally agrarian and village-based. With Soviet rule came rapid modernization and urbanization. By the 1960s, most inhabitants lived in cities. Important regional differences developed in Ukraine; today the west tends to be more agrarian, traditionalist, religious, and Ukrainian-speaking, while the east is industrialized, urbanized, and more often Russian-speaking. The highly regimented lifestyle of the Soviet period is slowly being supplanted by a consumer society. However, the transition to a market-based economy is difficult, and most people have been engaged in a desperate struggle to make ends meet. 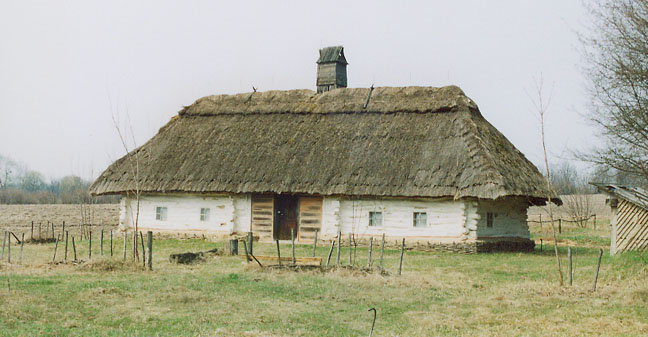 A series of exploitative regimes kept living standards low during the Soviet period, although the government provided employment and other provisions such as housing. Apartments built during the Soviet period are small and cramped, and most of the buildings are now dilapidated. An average family has only about one-seventh the living space of an average family in the United States. People in Ukraine spend more than half of their income on food, and many families depend on garden plots to meet their food needs. 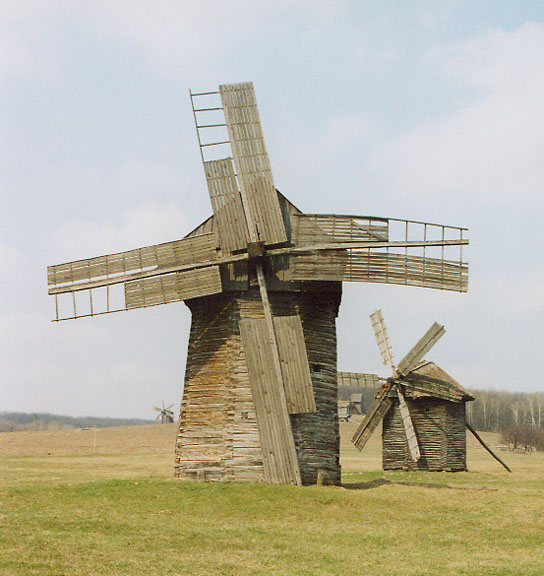 Due to economic constraints, families are small and getting smaller. Divorce rates are high. Despite formal equality, women are especially hard-pressed. Although they form the majority of the labor force, even in sectors demanding physical labor such as farming, few women have positions of influence in politics, business, or government. Vacations, once lengthy, have become less frequent for most people. New developments since the end of Soviet rule are freedom of expression and the growth of private property, especially in the form of dwellings. 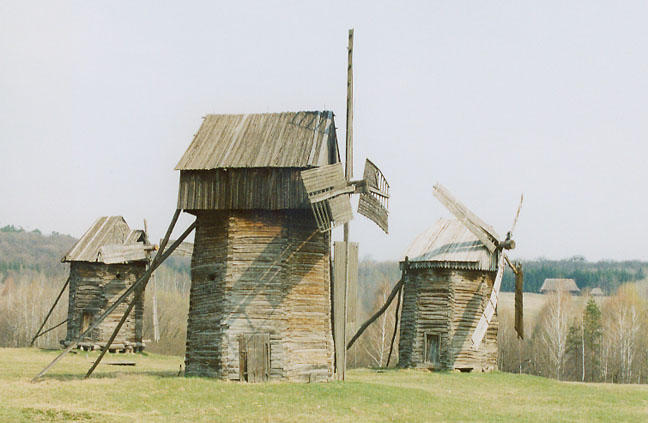 The Ukrainian diet depends heavily on rye bread, potatoes, and borsch (beet soup). Pork and pork products, especially sausage and salo (a type of smoked bacon), are favored meats. Alcohol consumption, especially of the potent horilka, a wheat-based whiskey, is high, and smoking is widespread. Consumer goods are now more available than in the Soviet period, but few people can afford them. City residents usually have appliances such as refrigerators, telephones, and televisions; these amenities are much less common in the villages. Soccer is the most popular spectator sport in Ukraine. The main leisure activity is watching television. Cultural activities such as concerts, opera, and ballet are becoming less accessible for most people because of the cost. 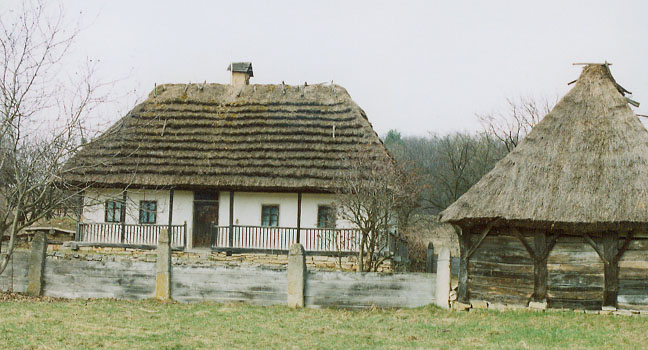 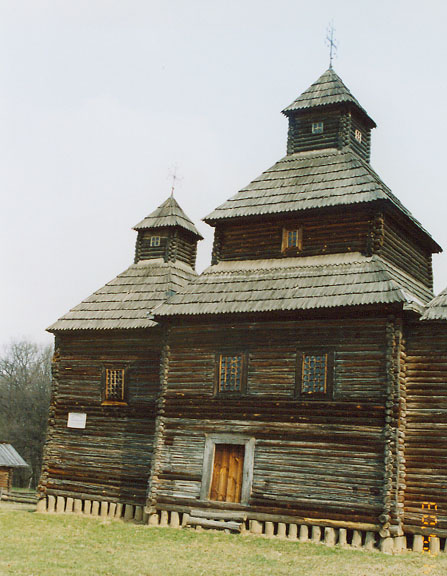 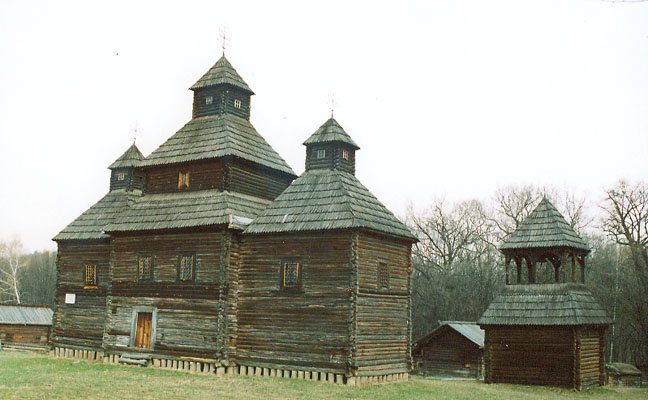 Church of Saint Nicholas and the bell tower from the beginning of the 19th century, brought here from Husiatin area. 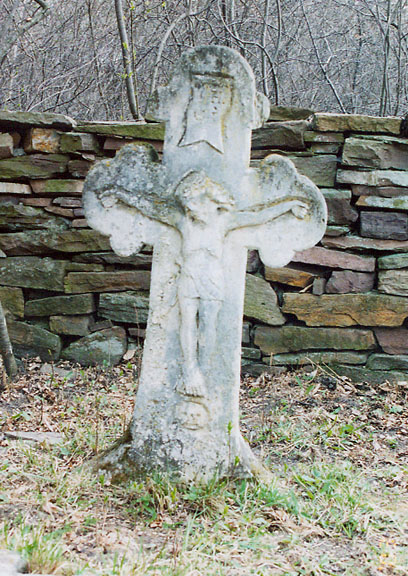 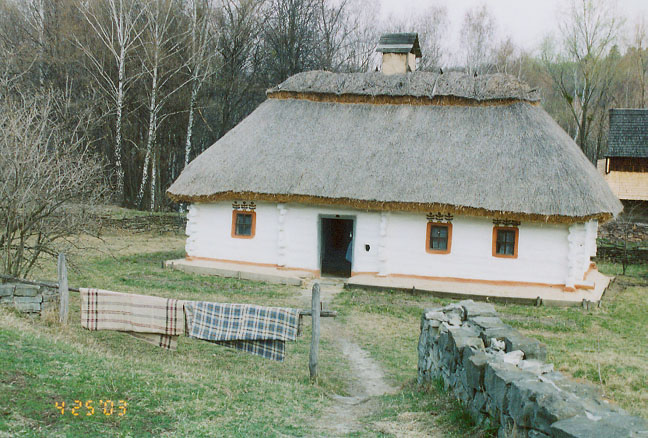 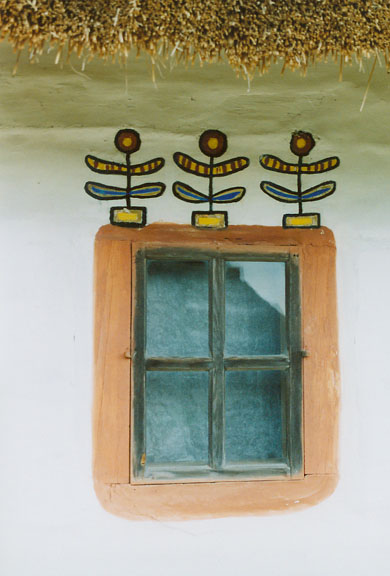 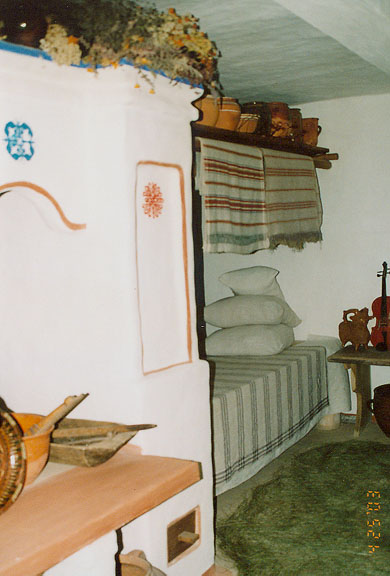 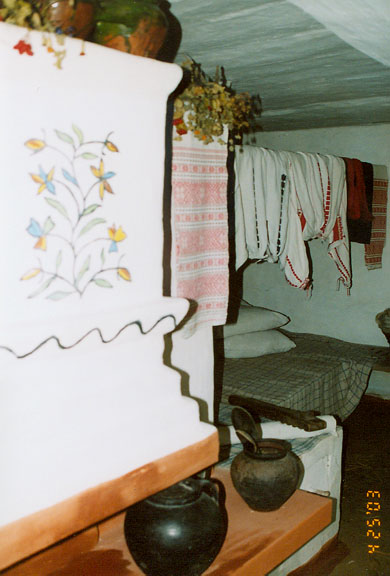