The Thracian Tomb of Sveshtari (Bulgarian: Свещарска гробница, Sveshtarska grobnitsa) is situated 2.5 km southwest of the village of Sveshtari, Razgrad Province, which is located 42 km northeast of Razgrad, in the northeast of Bulgaria. 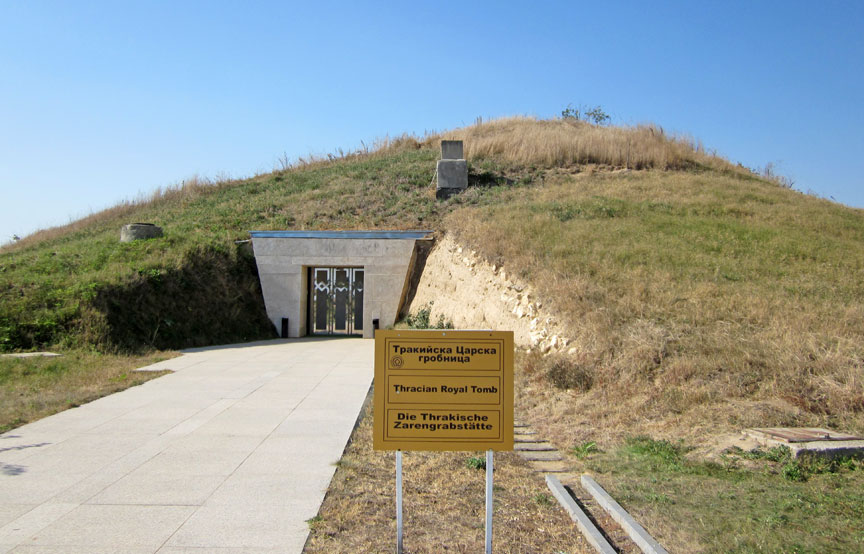 Discovered in 1982 in a mound, this 3rd century BC Thracian tomb reflects the fundamental structural principles of Thracian cult buildings. The tomb's architectural decor is considered to be unique, with polychrome half-human, half-plant caryatids and painted murals. The ten female figures carved in high relief on the walls of the central chamber and the decorations of the lunette in its vault are the only examples of this type found so far in the Thracian lands. It is a remarkable reminder of the culture of the Getae, a Thracian people who were in contact with the Hellenistic and Hyperborean worlds, according to ancient geographers.

It has been suggested that it is part of the site of the Getan city of Helis. 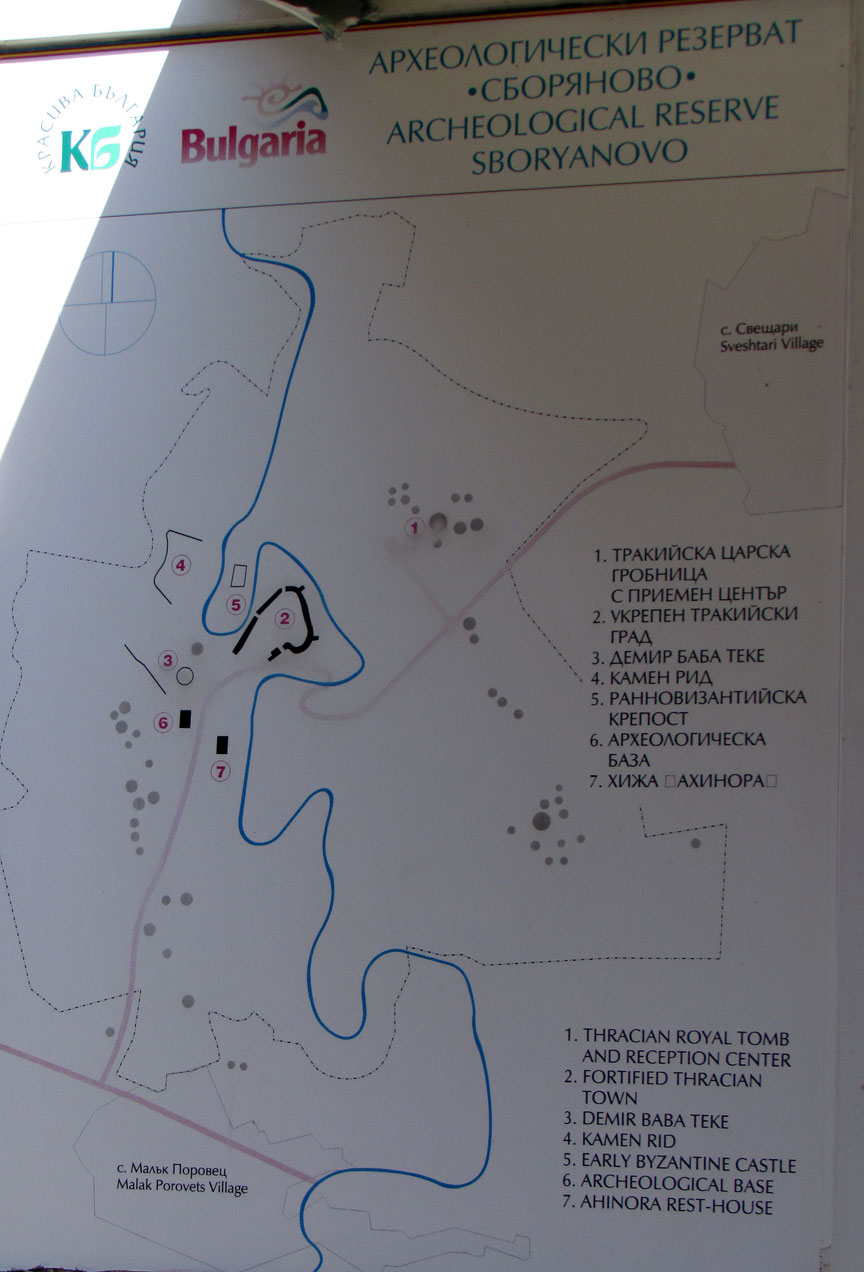 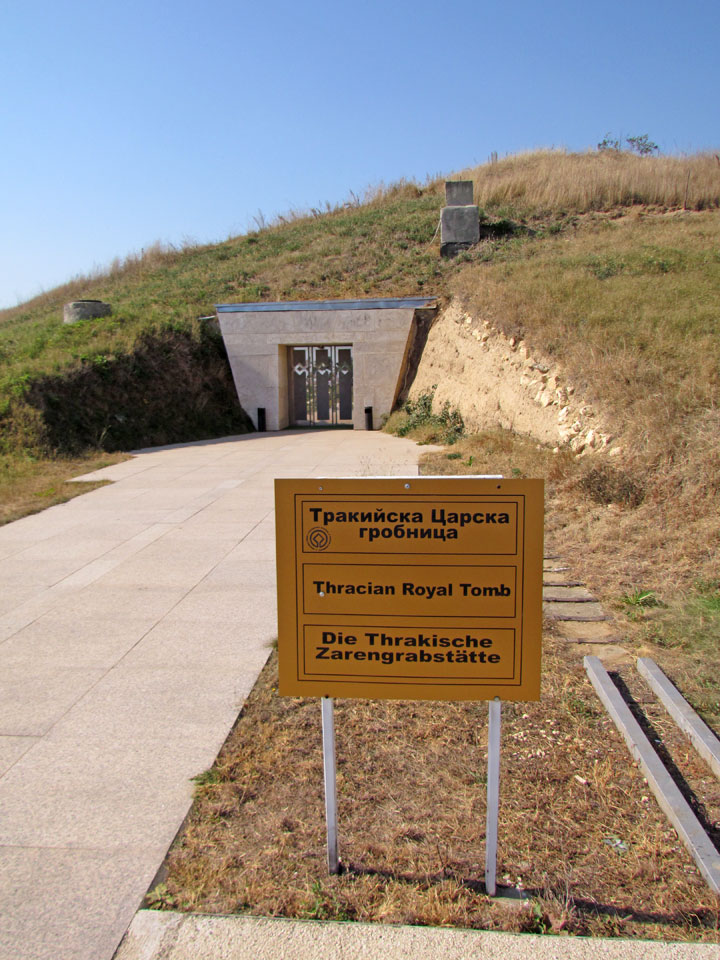 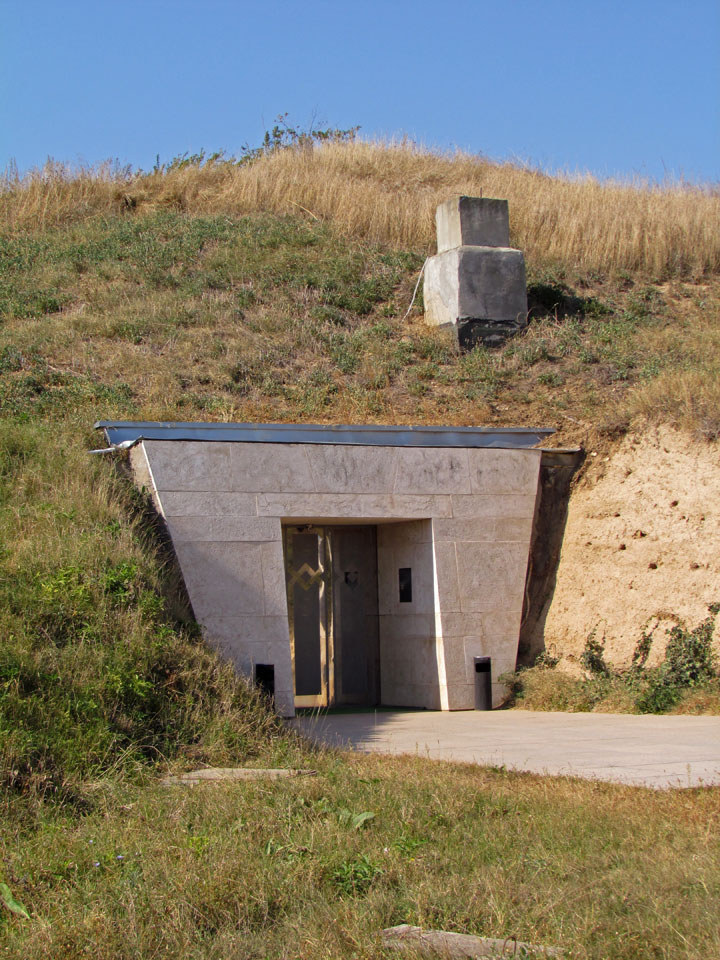 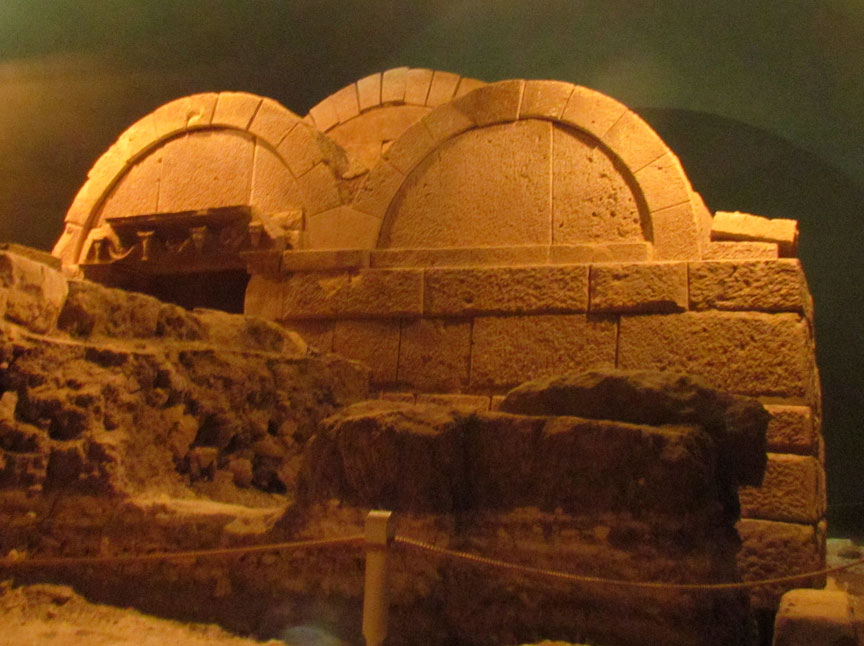 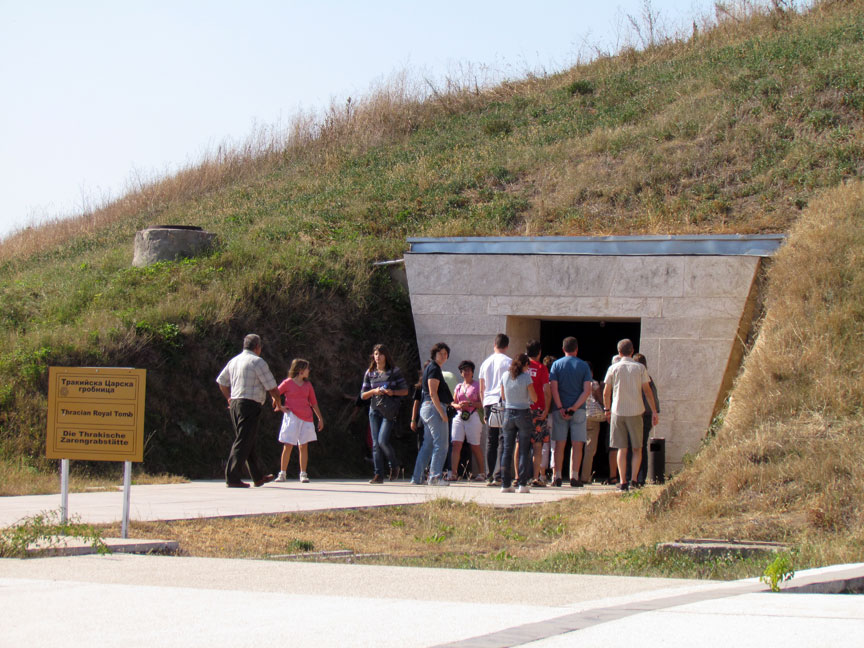 group waiting to view the tomb 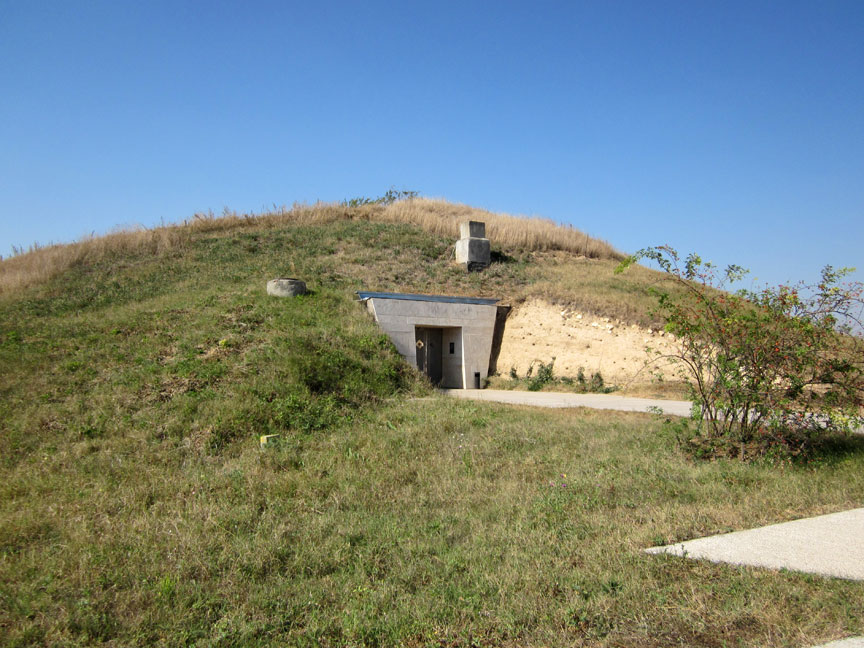 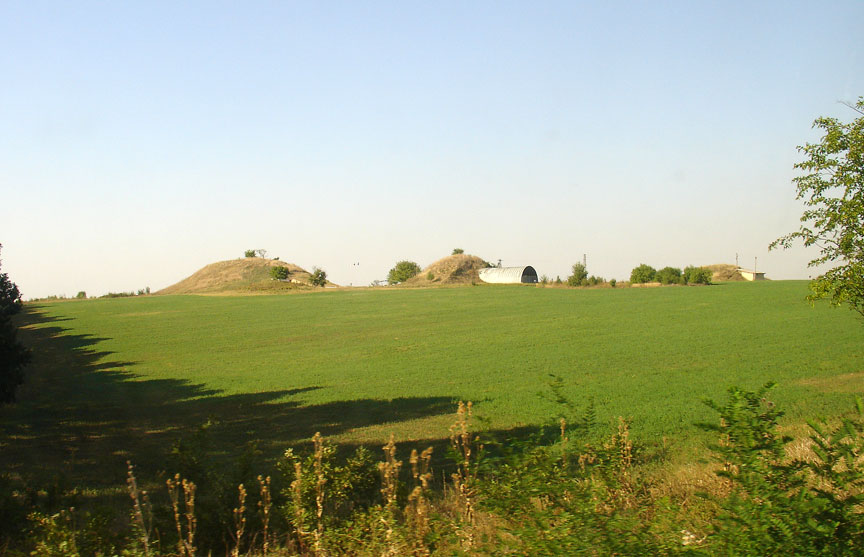